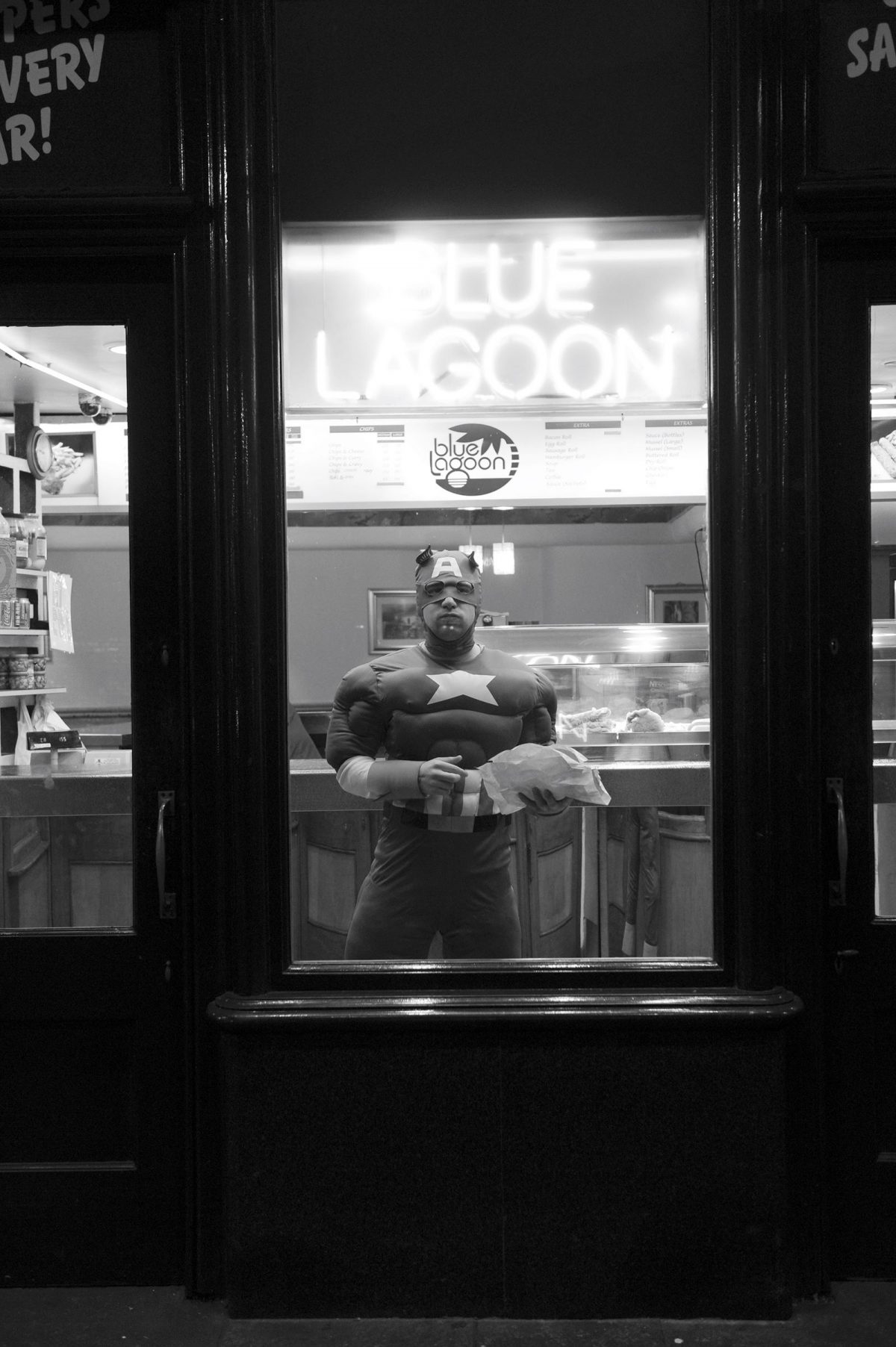 It sometimes seems there is more than one Brian Anderson, as his photographic work appears in so many different newspapers, magazines, and books, it can be difficult to appreciate such a diverse output is the work of just one man. The word some people struggle with when describing Anderson is talent. For Anderson is one of the most talented photographers to come out of Scotland.

Brian Anderson: Don’t know the exact date but it would have been around the early 1990s, I took some photographs of a couple of famous celebs as well as a couple of local news stories that made the National Press and from there it all snowballed if you like. I was a man on a mission to get on a newspaper paper after that.

I was then offered news shifts by the Sunday Post. The News Editor was a great lad called Colin Grant. I truly don’t know what he saw in me back then but as far as I was concerned I was totally winging it.

In 1995, music legend Prince came to Glasgow. I managed to get an exclusive set of photographs as he left the Glasgow Garage nightclub. Those pictures went all over the world, it changed my life. The very next day by chance an ex-National Enquirer and Fleet Street legend named Peter Steel offered me a job.

The position was as a photographer for a Press Agency. Anderson then became an acclaimed snapper with the News of World until its demise in 2011.

BA: I enjoyed it. I loved the hustle bustle. Wanting to get that picture first, wanting your photograph on the cover of the national newspaper and being better than anyone else on whatever story you were on that day or week. It was very competitive–every photographer worth anything will tell you that.

The downside would be seeing families dealing with tragedy and you still have to do your job like covering awful events like Dunblane. 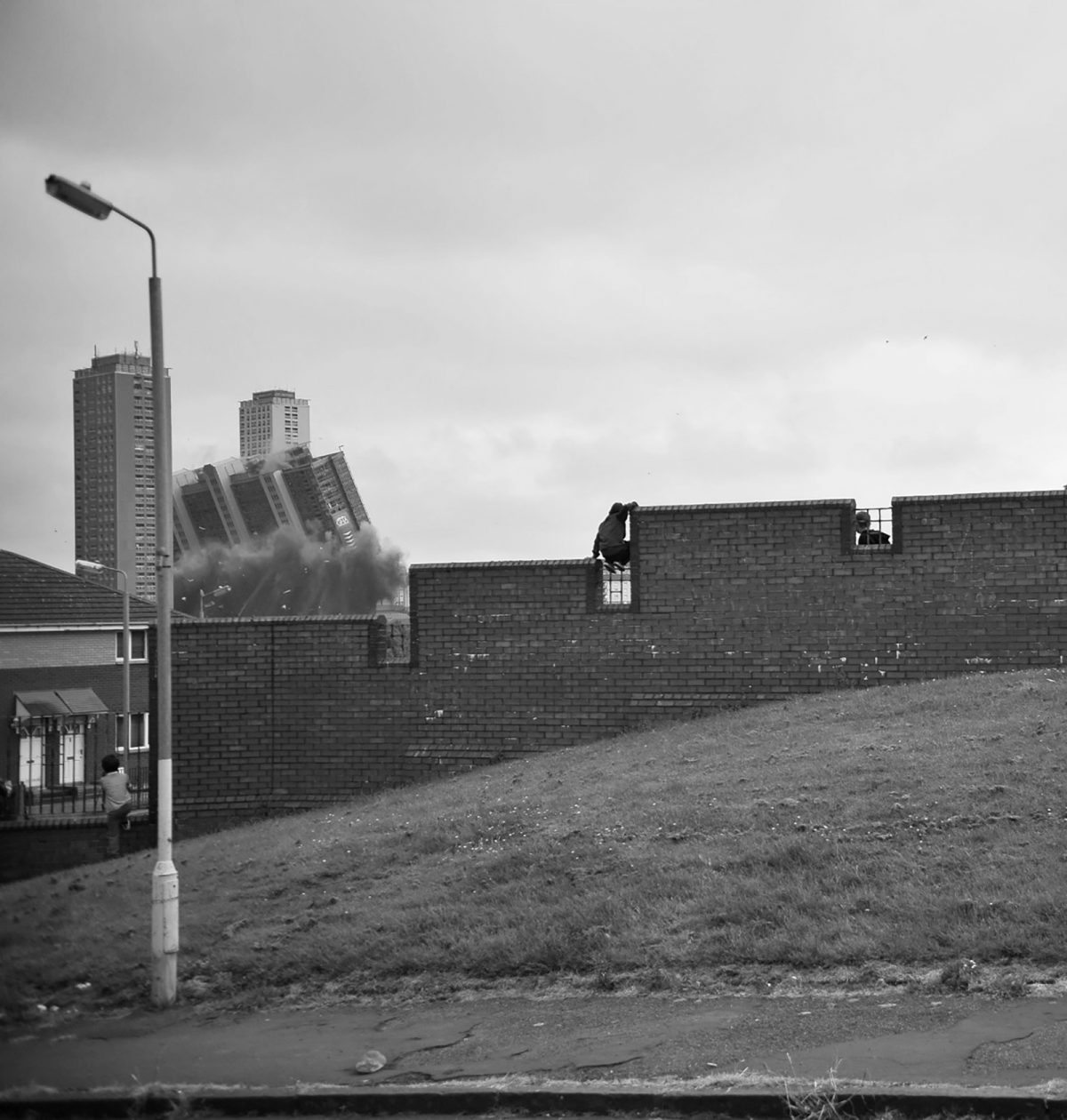 Since the demise of the News of the World in 2011, Anderson has built on his reputation through several different photographic careers.

Having spent thirty years wandering Glasgow’s streets with a camera in his hand, Anderson published his book of street photography Eye Belong to Glasgow and a website Glasgow Eye. The response to both was immediate and immense. Anderson was compared to Oscar Marzaroli, Harry Benson and Raymond Depardon. Yet many didn’t appreciate this was the same Anderson as the paparazzi Anderson–the man who was considered the new Richard Young. Indeed, his early influences were Young and Weegee.

Celebrities and street photography were two separate careers. A third was his music photography on the likes of Pete Doherty, Alabama 3,  Rod Stewart, the Bay City Rollers, and Tom Walker. This month saw the release of his book on Gerry Cinnamon.

BA: I’ve just finished a book on a Mod film called To Be Someone with five of the original cast of Quadrophenia. It’s directed by the legendary Ray Burdis. Apart from all this, I am making a few documentaries with my business partner and good friend Ian Jefferies at Jack Pepper Media.

If this wasn’t enough, Anderson has also produced photographic books on the G8 demonstrations, Celtic’s Treble Treble and a powerful testimony on the murder of Lithuanian Jolanta Bledaite, who was brutally slain in Arbroath where she was working to pay for her father’s cancer treatment. Anderson was the first photographer to document funerals held by the UDA and the IRA on mainland Britain. More recently he released a book called Lock, Stock and Two Smoking Cameras on Britain’s aging gangsters.

BA: The True Crime side of things came from working on true crime stories with the press. I had built up a collection of gangland figures. Around 2007 I met up with True Crime author of The Essex Boys Bernard O’Mahoney and produced a book called Faces which got a lot of National Press coverage.

The book also went on to inspire a TV series called British Gangsters: Faces of the Underworld which was aired in UK and America to great success. It also led to my own publication Lock Shot & Two Smoking Cameras about the London Underworld.

A lot of it was difficult at first I comes down to trust. Yes, it’s a project about criminals but its also social history. Once gangland figures realised it was not a quick hatchet press job they were reasonable about letting me photograph them. A bit of ego maybe too.

I have had guns pulled out on me to scare me. One notorious figure was posing with a Magnum with bullets in the chambers. He had to be wrestled to the ground before it went off as he was out of his head on cocaine. I have had several death threats. One from a London crime family who went nuts because they where paranoid on why I had their phone number in the first place. They told me bluntly I had to get my own security.

One notorious figure wanted to shoot me dead because he didn’t like the photograph used in the press as he said it was the wrong one. Another drug fuelled psychopath wanted to be on the from cover of Faces. When he found out he wasn’t he went crazy. It was suggested to make him feel better I would put his name on the cover with flashing lights. I never heard from him again. 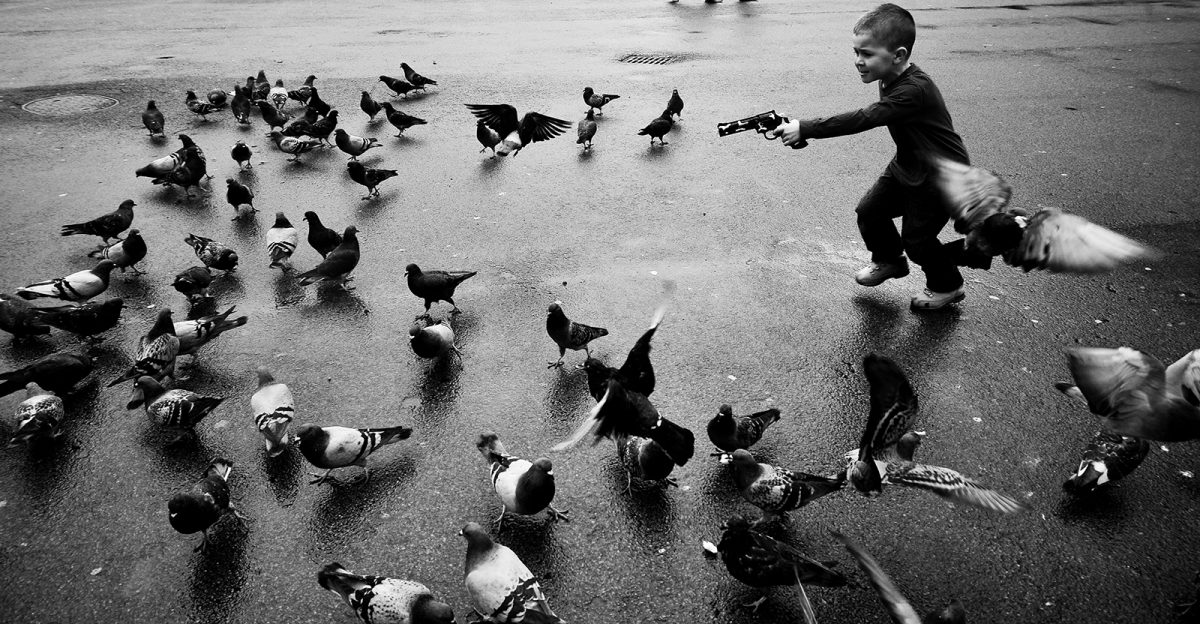 His next project is documenting London street life, which will result in a new book and major exhibition.

BA: I can walk the streets for days and won’t take a picture. Then I could be in a place and things are happening right in front of me. Doesn’t matter if I’m in my car I will grind to a halt and just take the picture no matter what the subject is, I just cant miss it, no matter what. Because if I miss it, it will haunt me everyday. I suppose if people think they are cinematic or have a certain aesthetic its just natural. It could be my love for film and the movies I don’t know.

What makes a good picture?

BA: So many things make a good photograph–from lighting to composition, or if it tells a story, evokes an emotion capturing a moment in time or is something of interest in the first place.

It is very subjective I suppose for me it would be a feeling, and emotion the unique moment something interesting. All those things. Something that will never be repeated, something that would have interested me in the first place in that split second to press the the shutter. 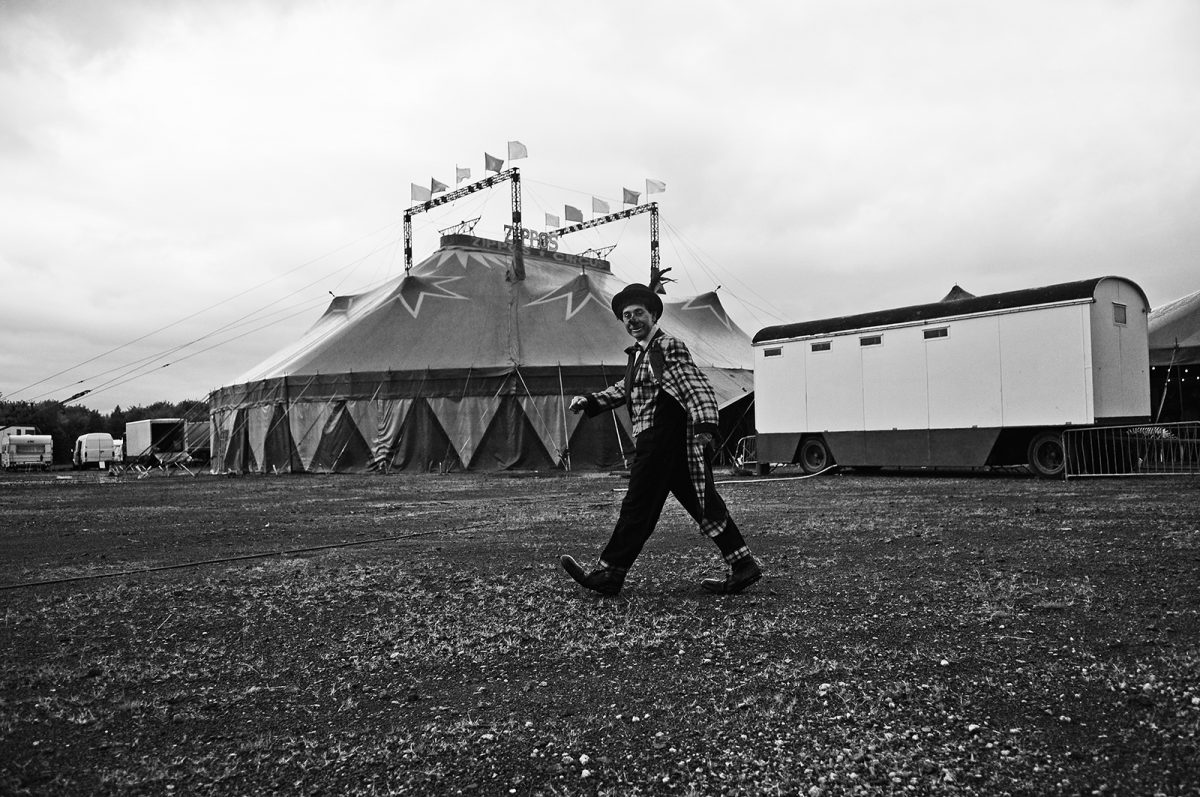 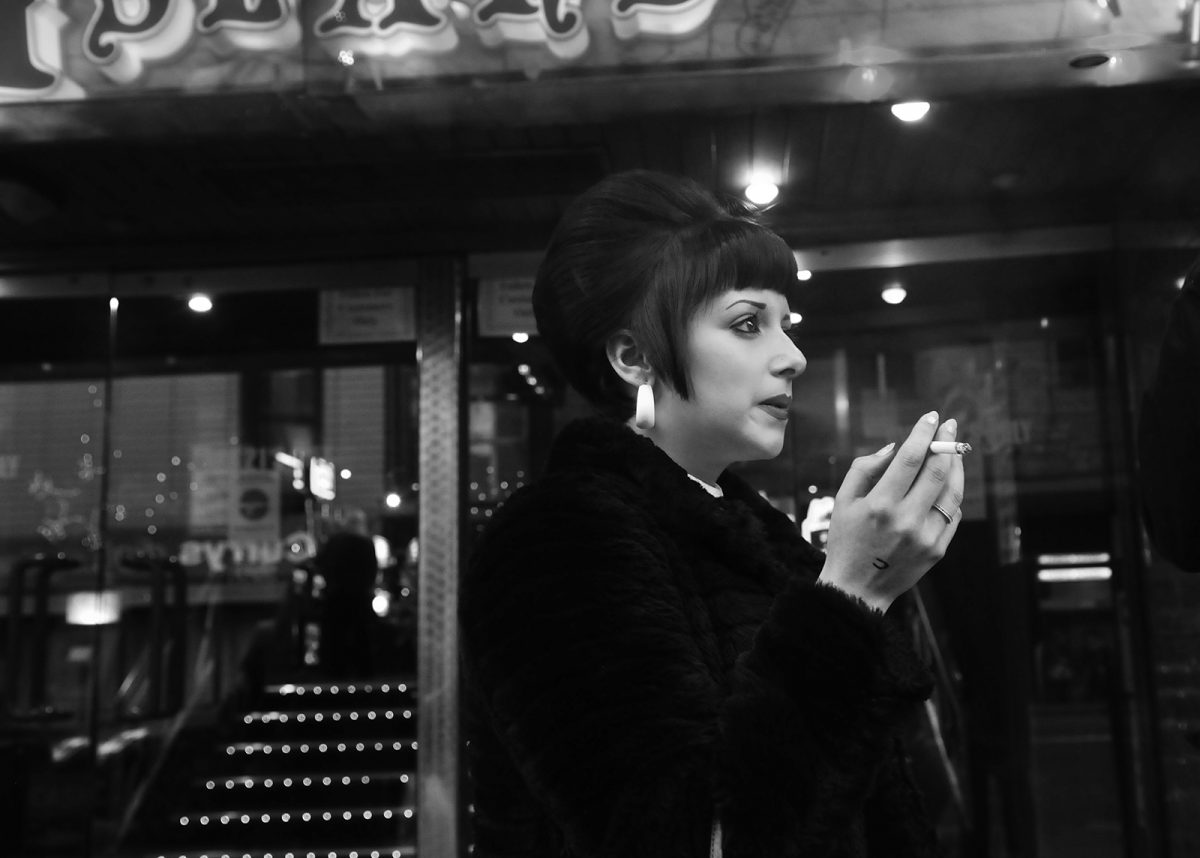 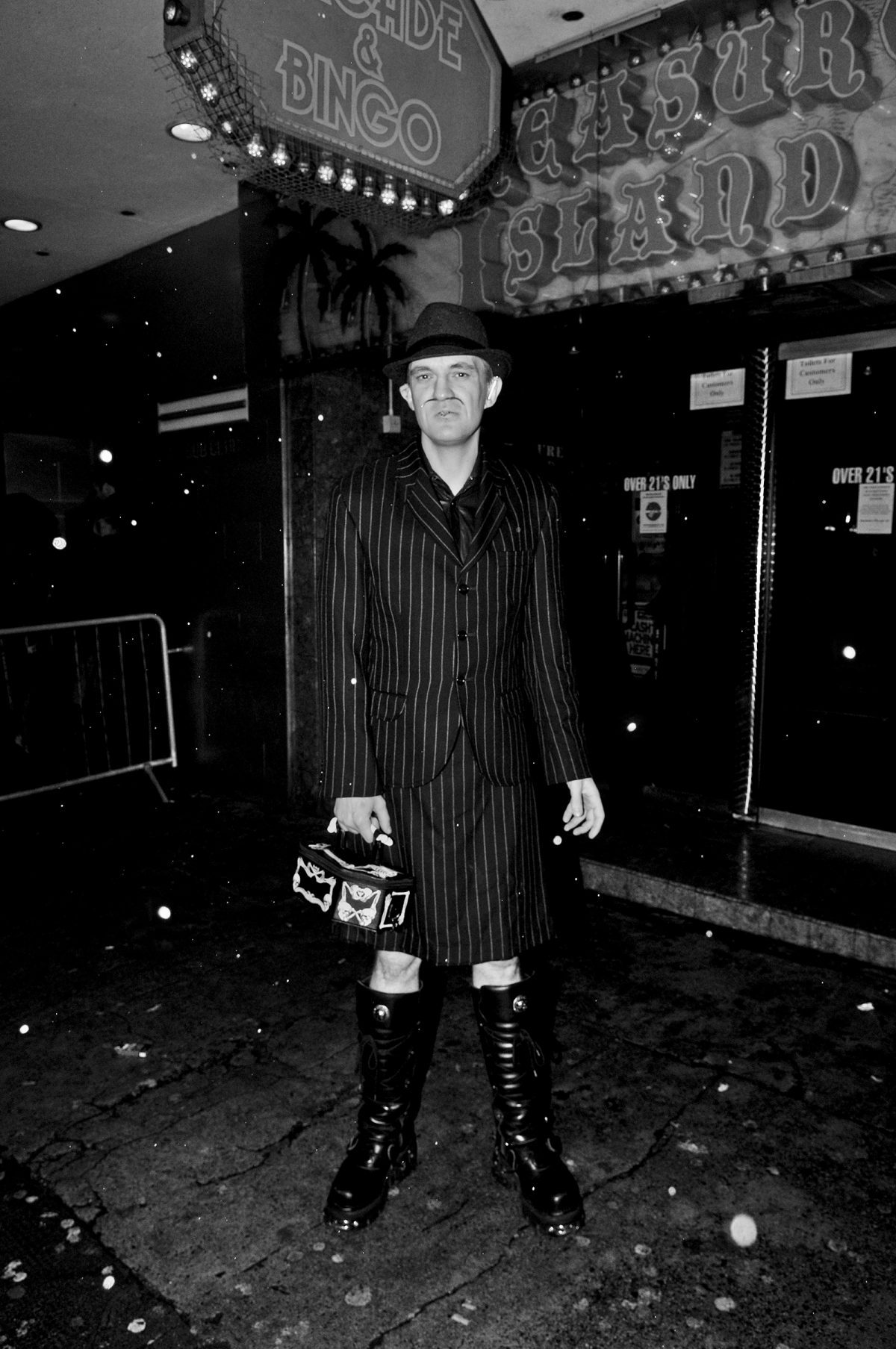 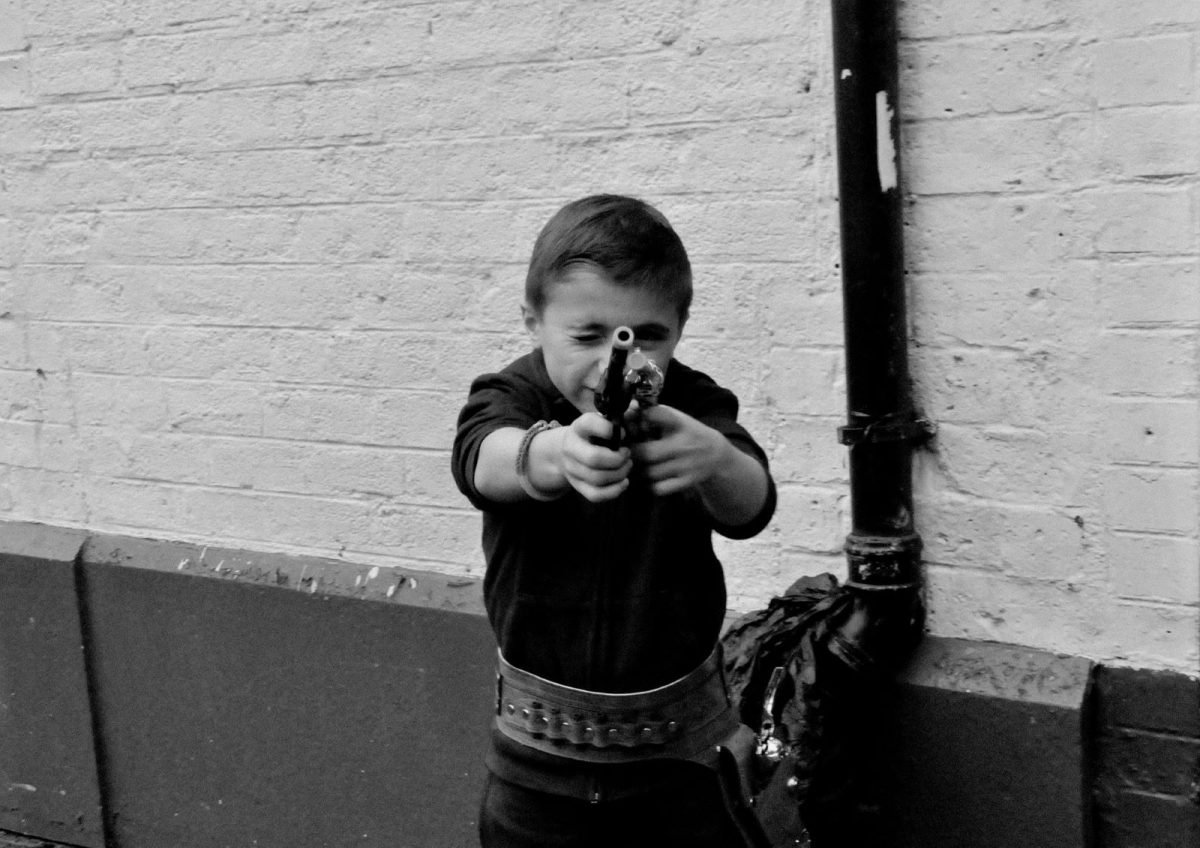 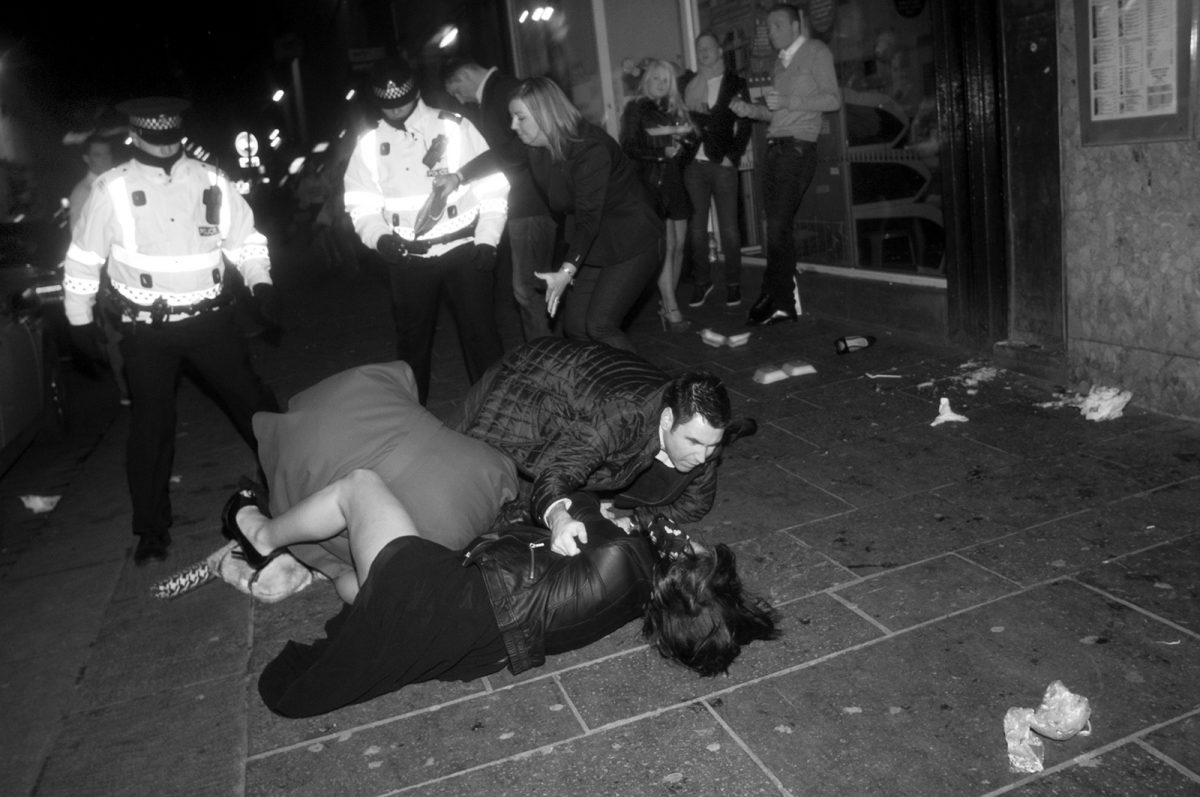 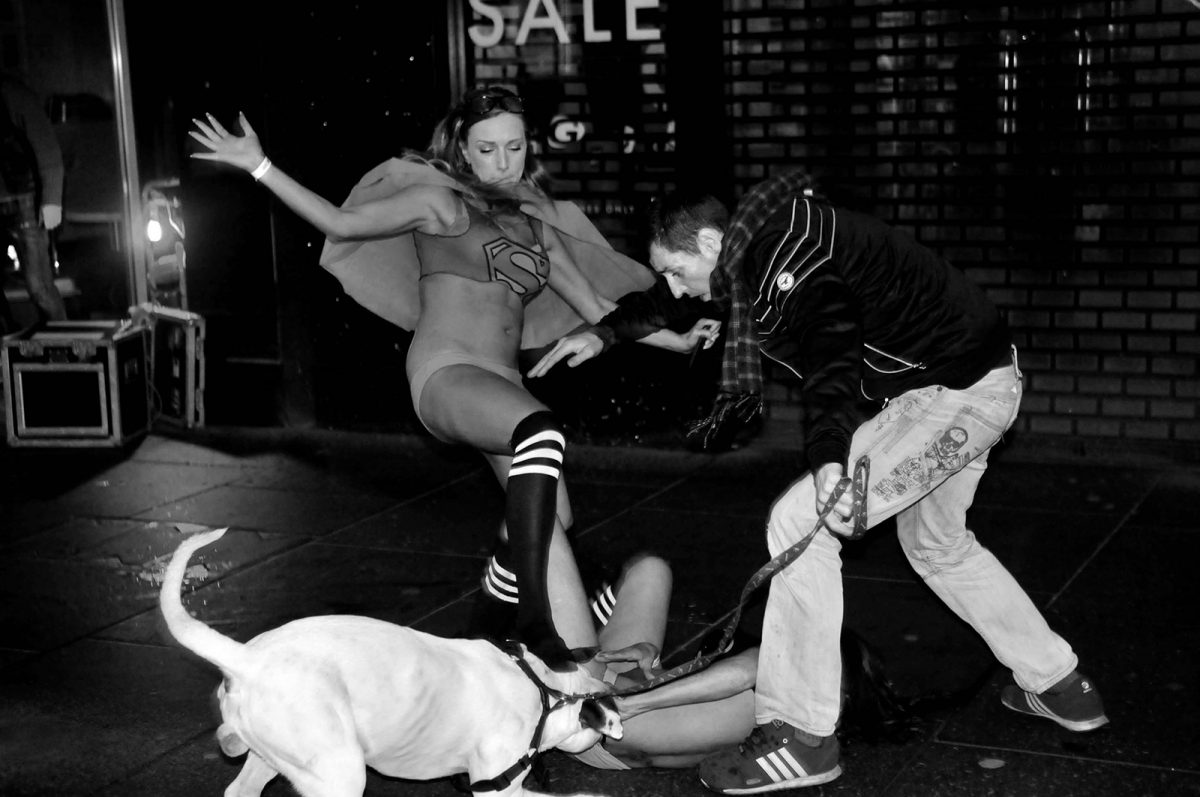 Real Life Superhero saves the day when her friend is ripped to bits by a dog attack on a Glasgow street during Halloween night. The girl on the ground was scarred for life. 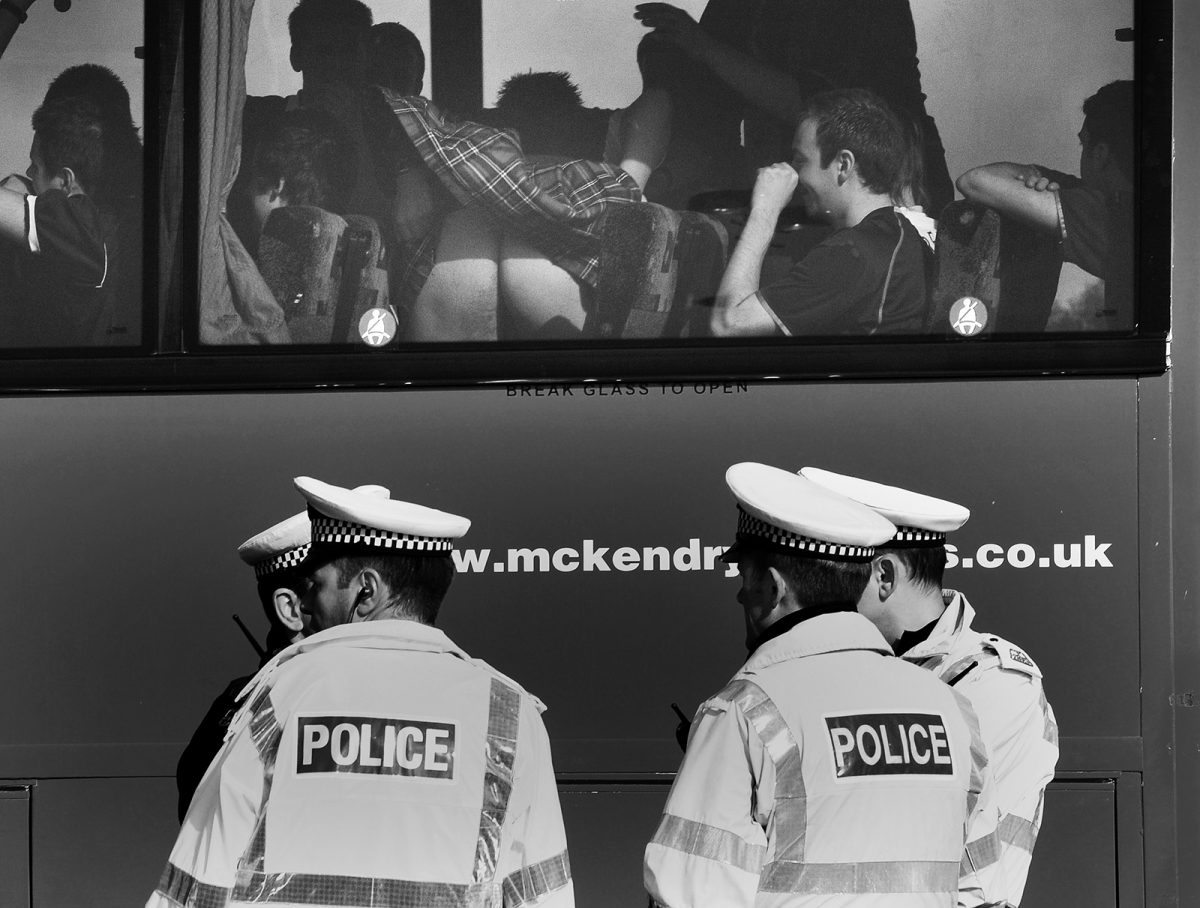 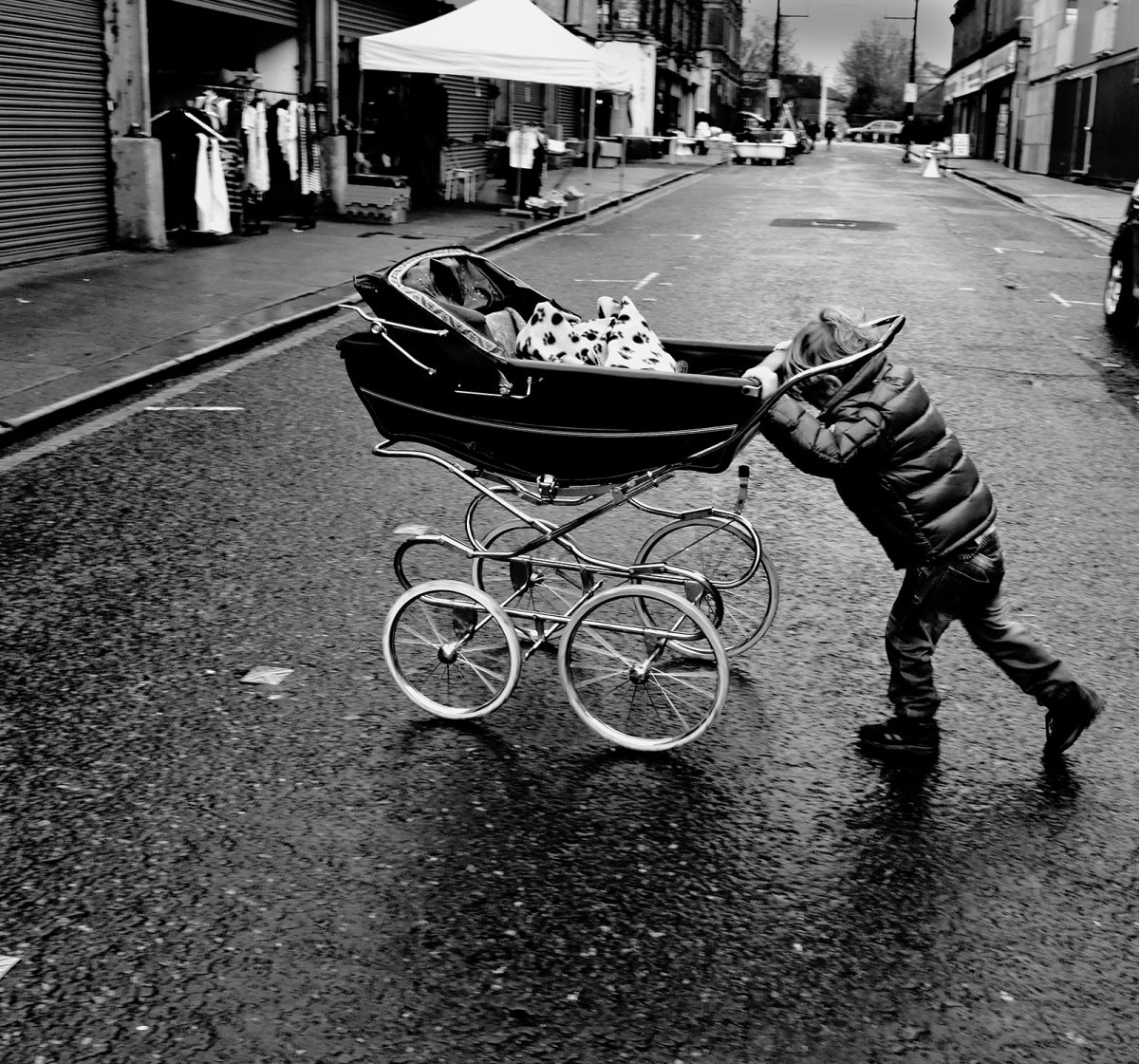 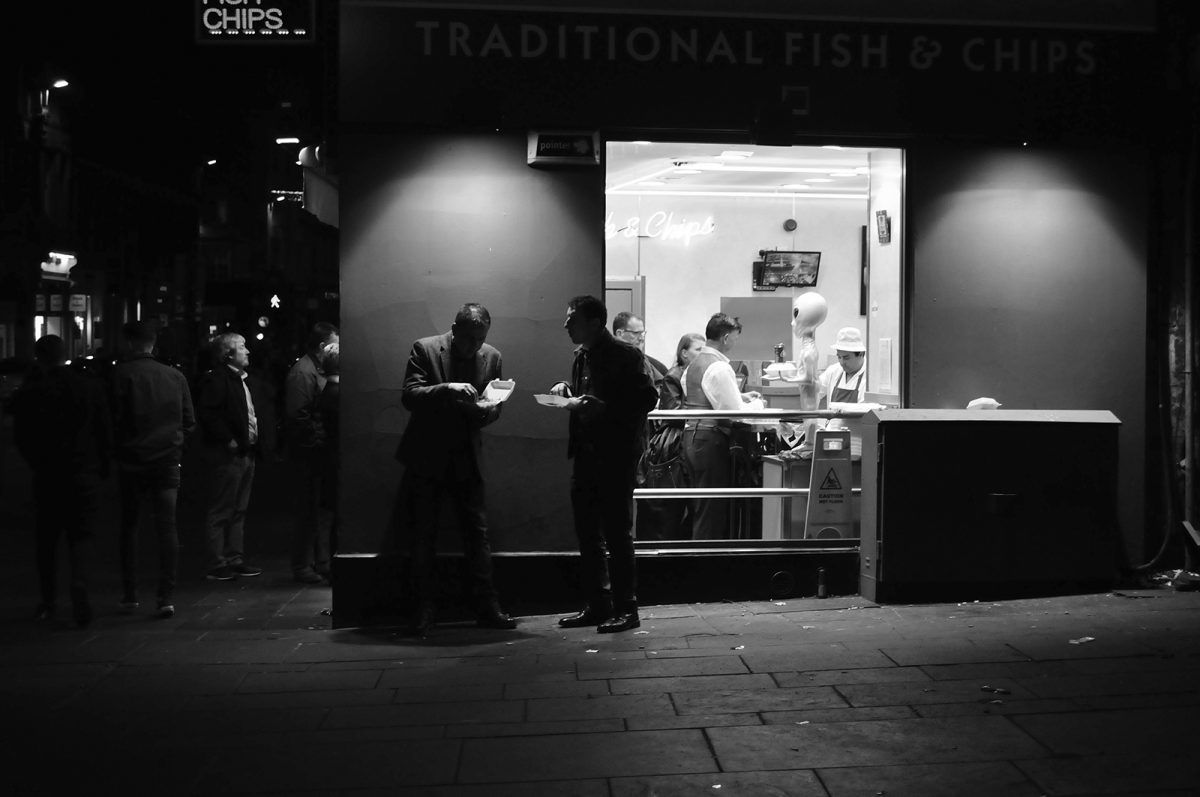 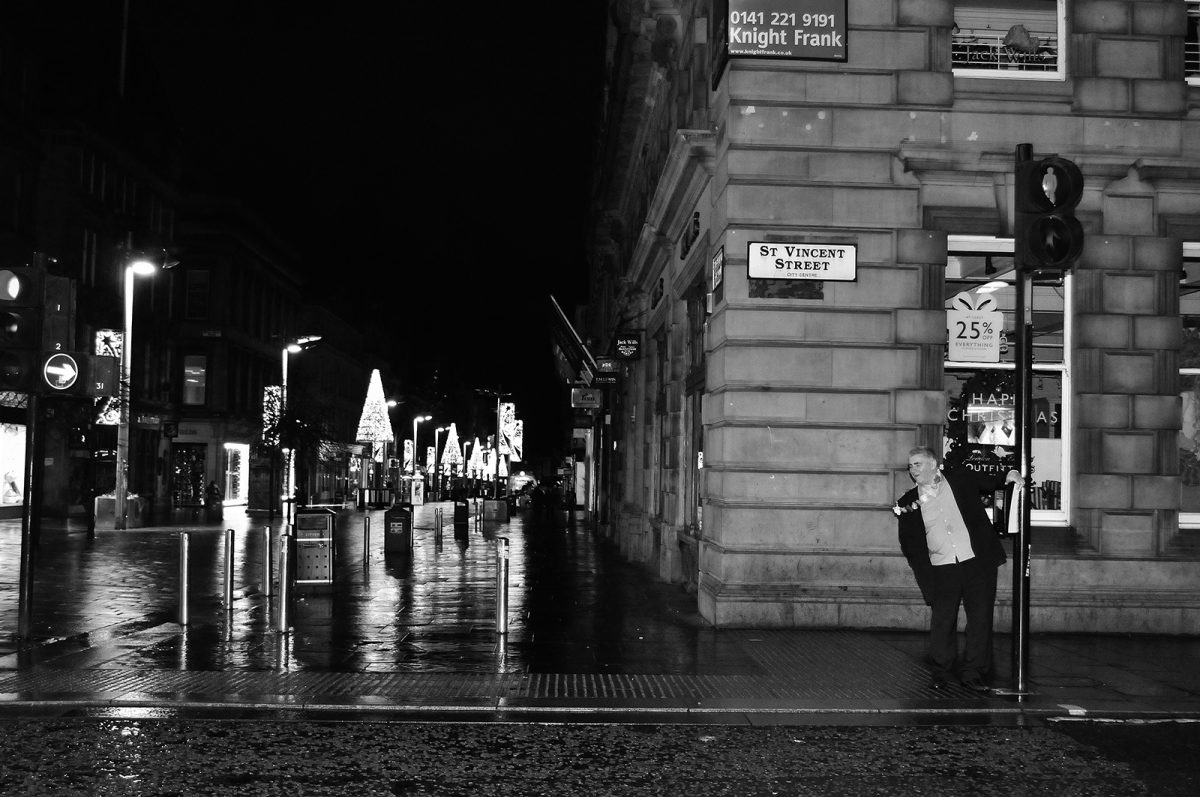 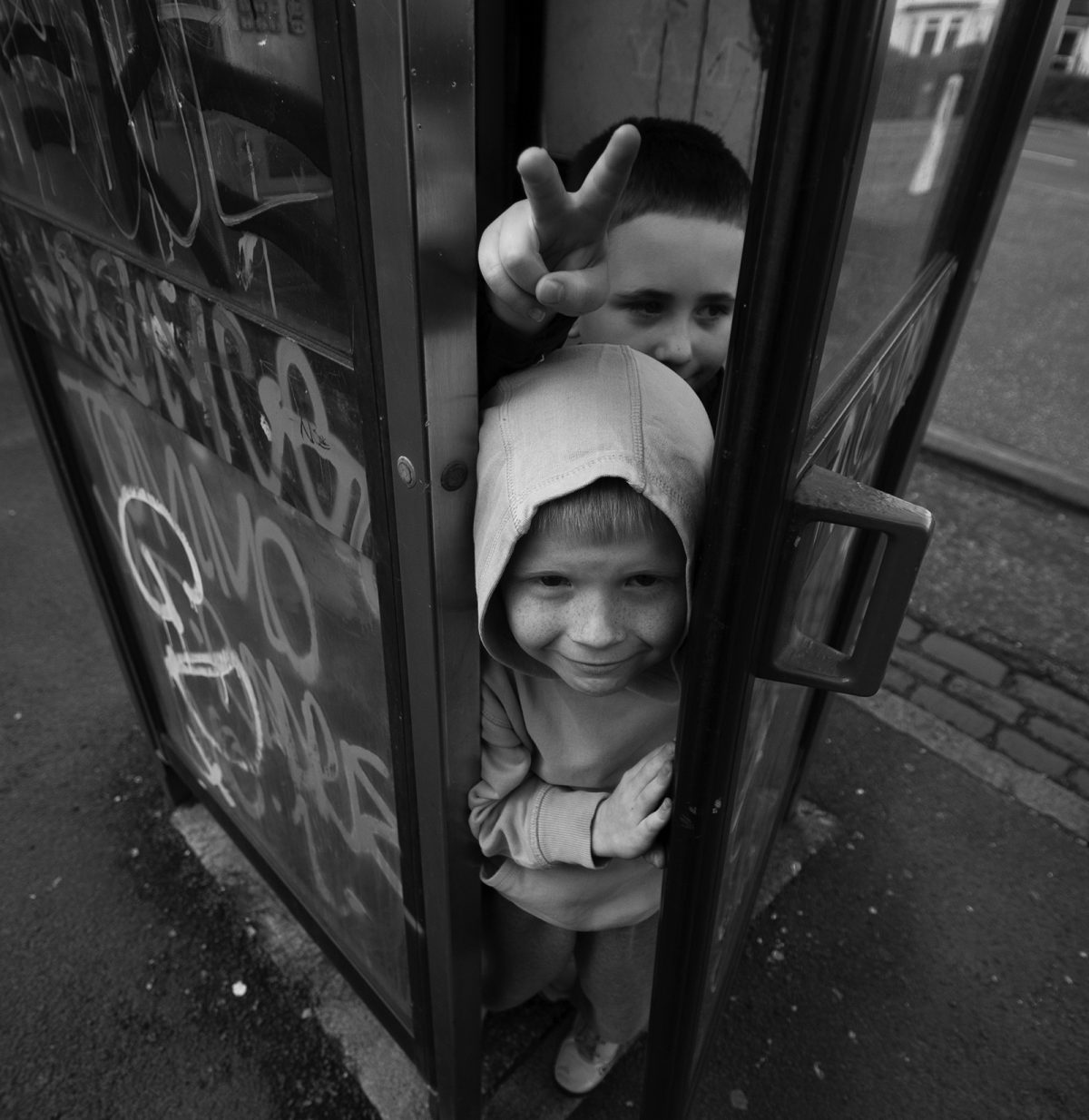 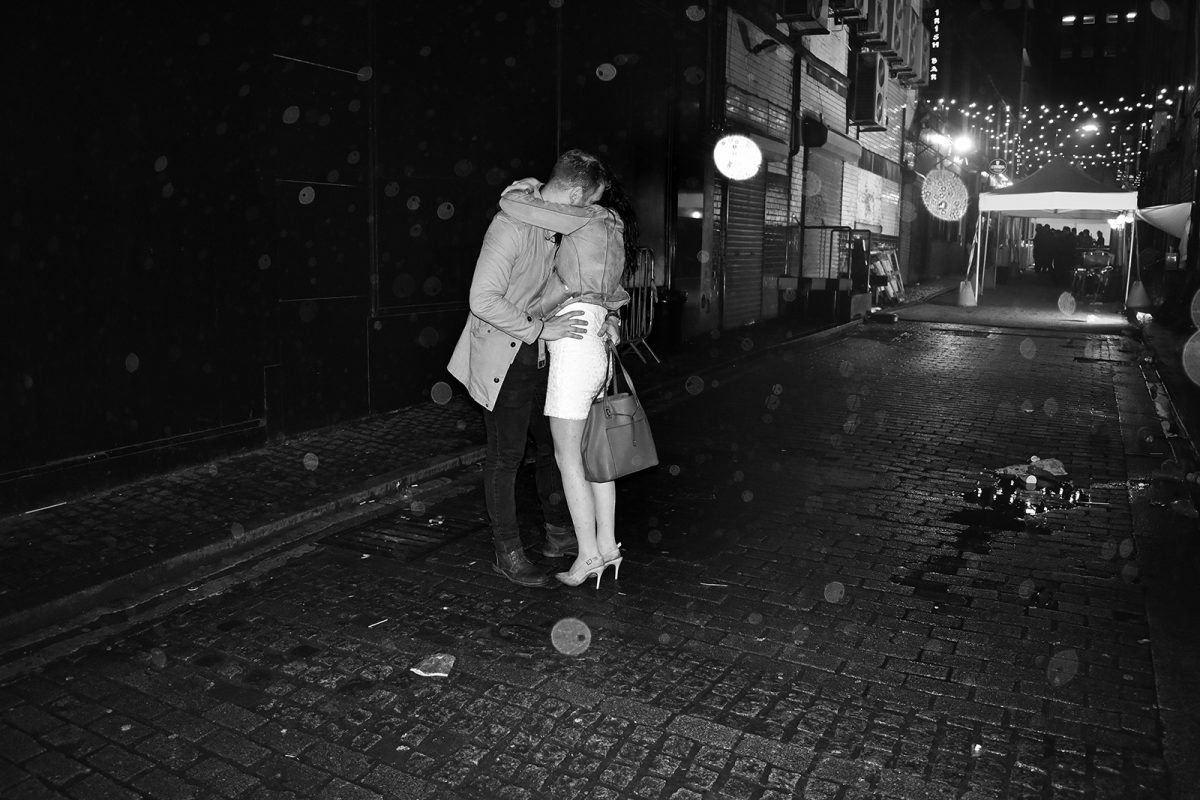