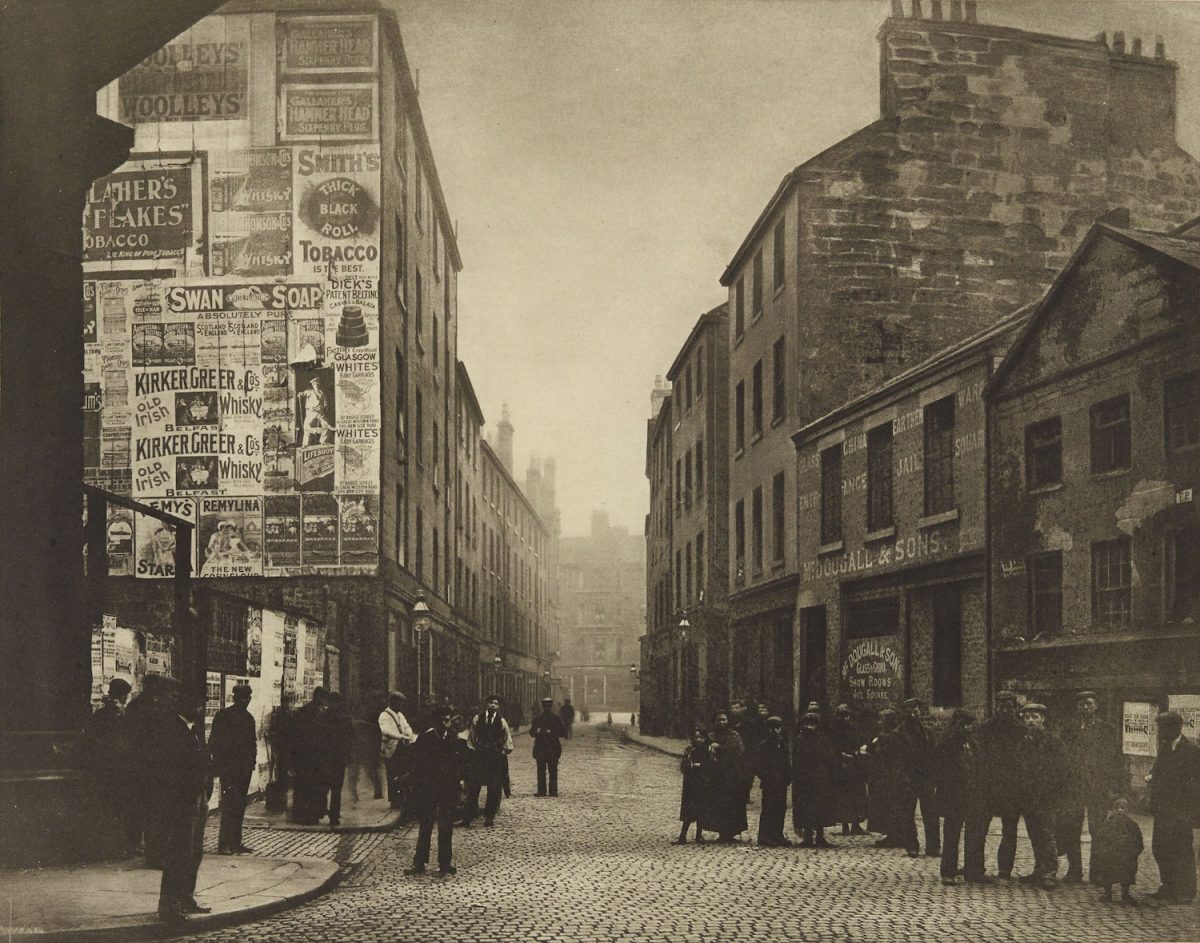 Glasgow hasn’t always been that wee stinky joby in the bathtub as some poor souls might think. Or even yon city of the dreadful night riddled with drug addiction, knife crime, and sectarian bile. Once upon a time, Glasgow shimmered in pixie dust and was almost literally a fairy wonderland full of cartoon elves and cuddly bunnies making artworks with macaroni.

In 1726, Daniel Defoe recalled his visit to this heavenly shangri-la at the time of the Acts of Union in 1707. Defoe anointed Glasgow as “the dear, green place” and described it as:

…a large stately and well-built city, standing on a plain in a manner four-square, and the five principal streets are the fairest for breadth, and the finest built I have ever seen in one city together.

The houses are all of stone, and generally uniform in height as well as in front. The lower stories (of those near the Cross) for the most part, stand on vast square Doric columns with arches which open into shops, adding to the strength as well as beauty of the building. In a word, ’tis one of the cleanest, most beautiful and best built cities in Great Britain.

Defoe had ulterior motives for visiting Scotland. He was sent to Edinburgh in 1706 as a spy, or rather as an infiltrator by his English paymasters. His mission was to help stimulate support among the populace for the union. He was rather like Gordon Brown offering the Scottish nation a Vow to some undeliverable sovereignty.

Defoe was one of the main campaigners for the Acts of Union. He promised one thing to the Scots while at the same time offered the very opposite to the English.

This in part explains how Glasgow turned from a “Dear green place” to an industrial city tarnished by slums, poverty, and deprivation.

The Acts of Union allowed the Scottish merchant class to exploit the acumen of their English counterparts. This was particularly true in Glasgow, where one in three of the city’s workers described themselves as “businessmen” or perhaps Scotsmen on the make?

The loss of the Virginia tobacco industry after the American revolution bankrupted many of the city’s entrepreneurs, like John Glassford. However, some were fortunate enough to sell their shares before the American Declaration of Independence. These respected members of society quickly invested in textiles capitalising on the cotton plantations and sugar plantations owned English colonists in the West Indies. This would never have happened before the Acts of Union. These former tobacco barons opened up textile businesses pilfering English know-how to increase their wealth.

Fearful of another crash, a large percentage of these merchants divested their interests into printing, like the Pollokshaws Calico Printing Works, or mining, or in the iron works at Carron. The River Clyde, which had been no deeper than fifteen inches at low tide at the start of the 1700s, was dredged and widened opening the city up to trade and most importantly ship-building.

The city centre which had once been home to Glasgow’s wealthiest class, became a hub for industry and trade. The once beautiful tenements and townhouses fell into disrepair and became overcrowded slums for the new working class who had flocked to the city in search of work.

At one point during the late 18th-century, a new estate was built at Laurieston on the south of Glasgow. As businessmen and entrepreneurs were in charge of the city council, they proposed to build factories and industrial sites wherever they wanted. The once beautiful homes at Laurieston were abandoned to become part of the industrial slum known as the Gorbals. 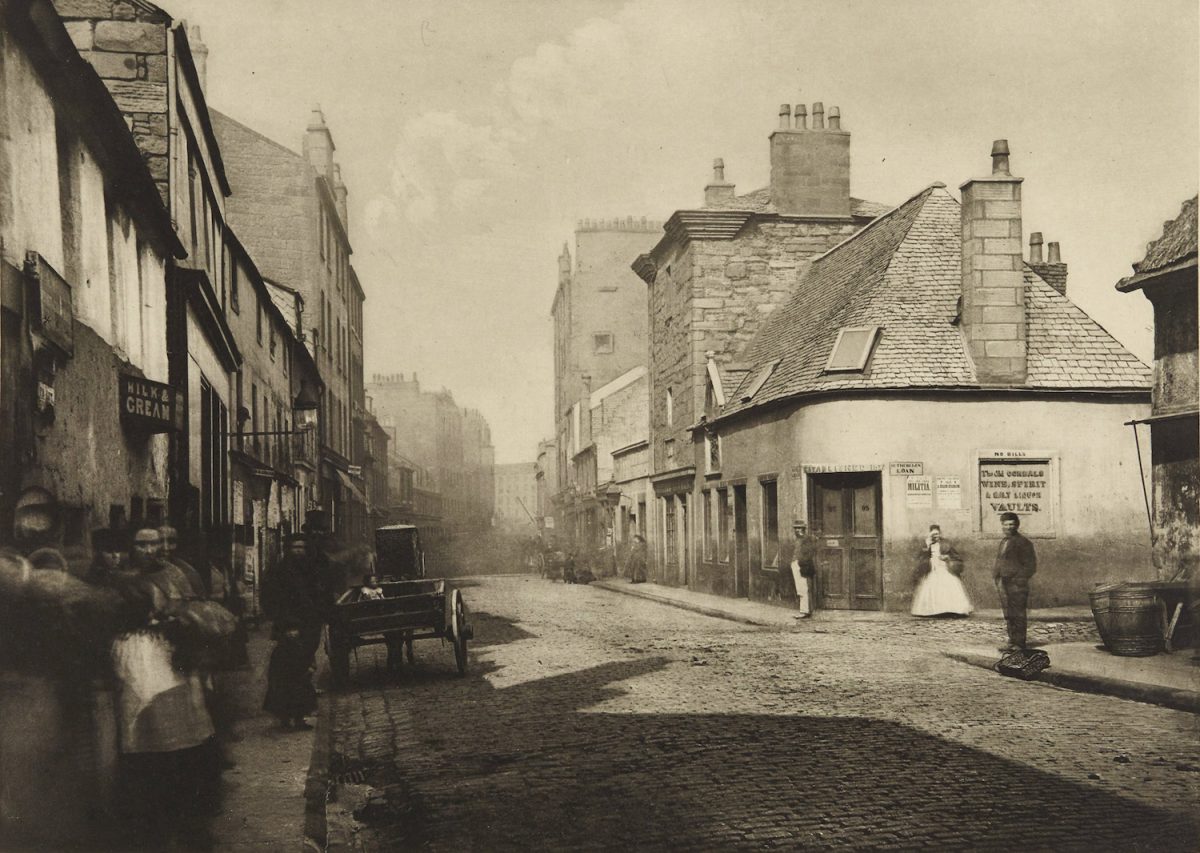 The city’s slums became a considerable problem. An act of Parliament allowed cities like London, Glasgow, Birmingham, and Manchester to demolish the overcrowded slums as they were a threat to health.

Around this time, photographer Thomas Annan (1829-1887) was commissioned by Glasgow’s authorities to document the last of the city’s slums, which were considered to be the worst in Europe. He published his work in The Old Closes and Streets of Glasgow.

Annan began his career as a commercial photographer and although successful in his trade, he considered photography to be an artistic endeavour which could be used to highlight the inequalities and deprivations caused by the industrial age. His pictures of Glasgow’s slums are in stark contrast to Defoe’s description of the city.

As a footnote, when Defoe returned to Glasgow in the late 1720s, he was met by mobs who decried his treacherous and dishonest behaviour. 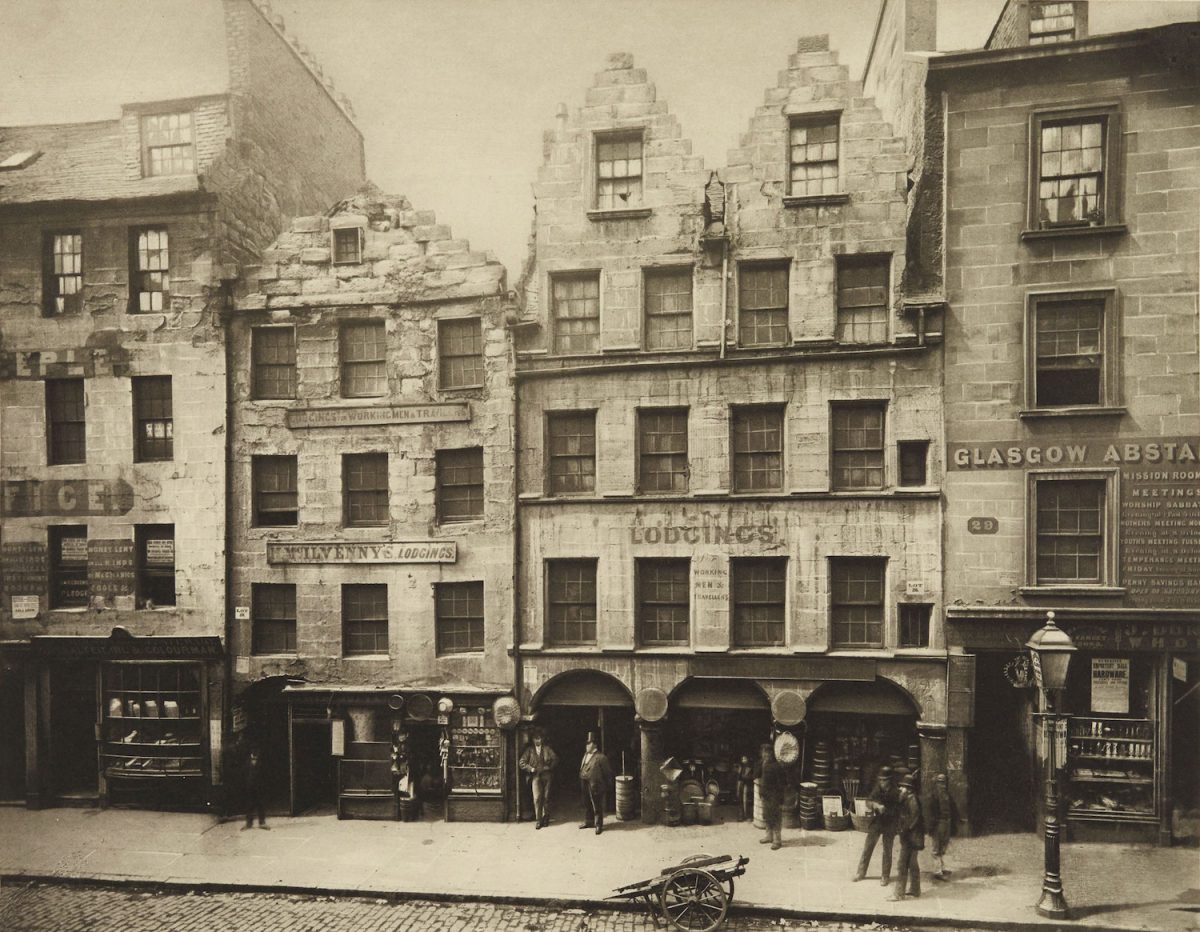 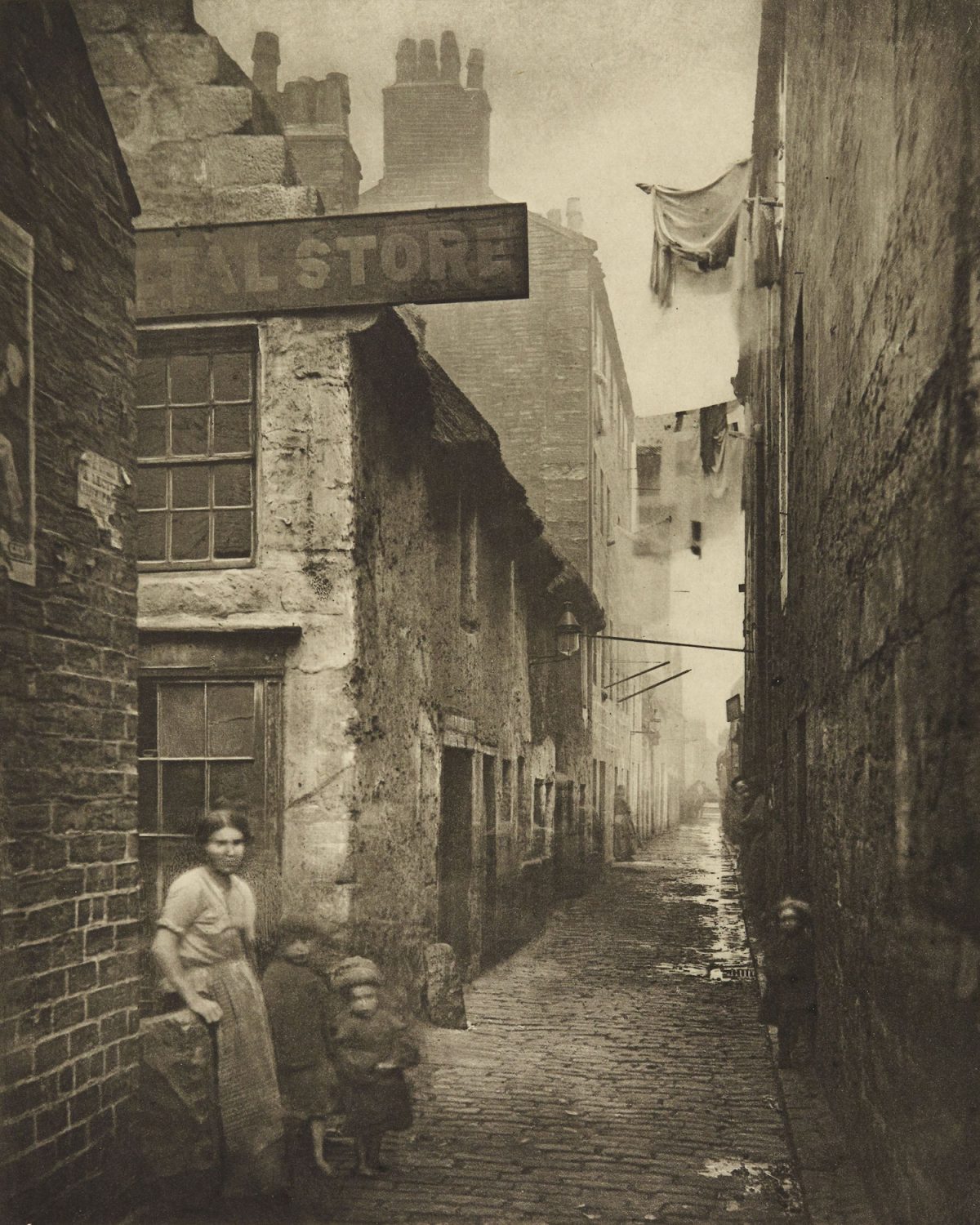 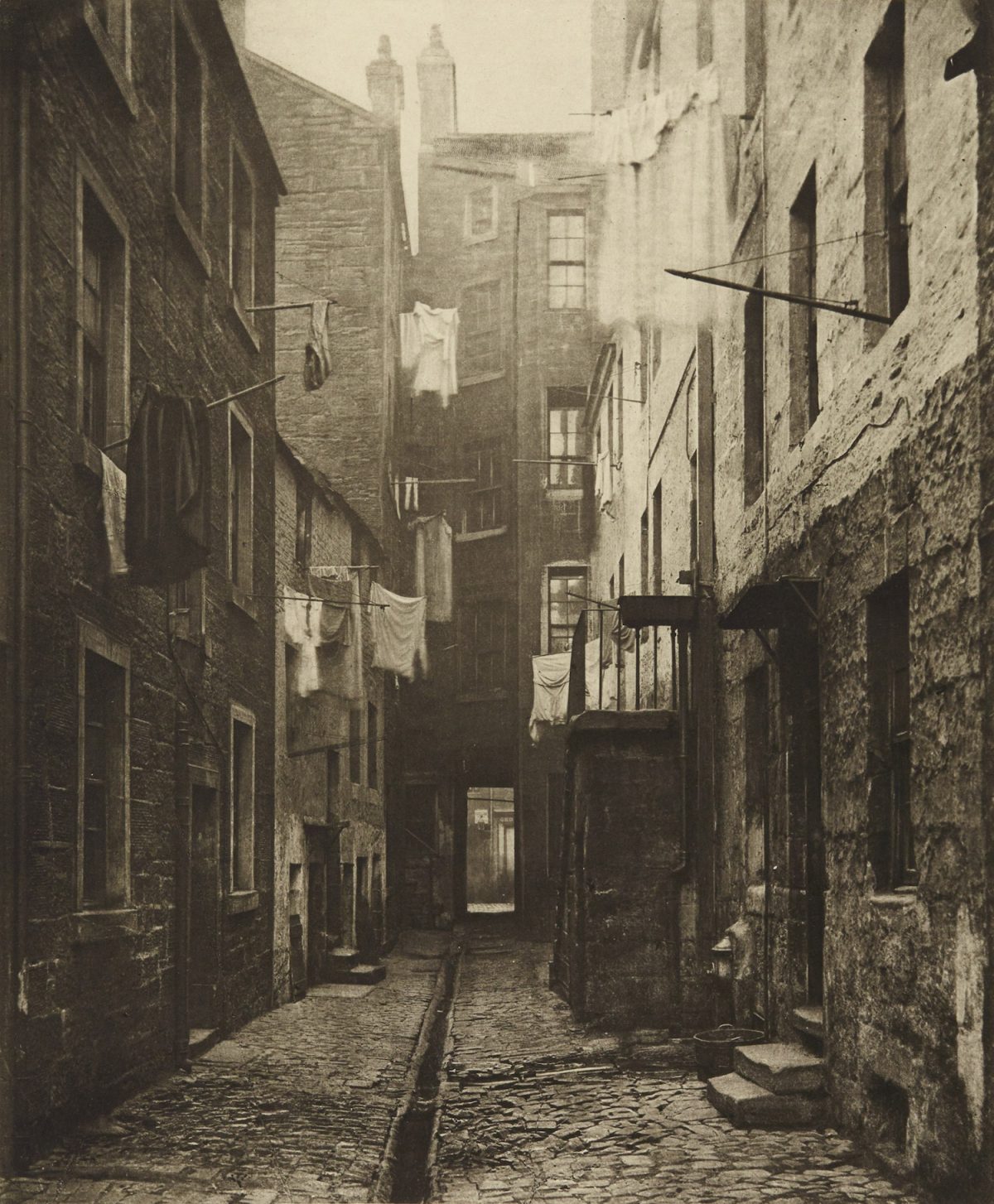 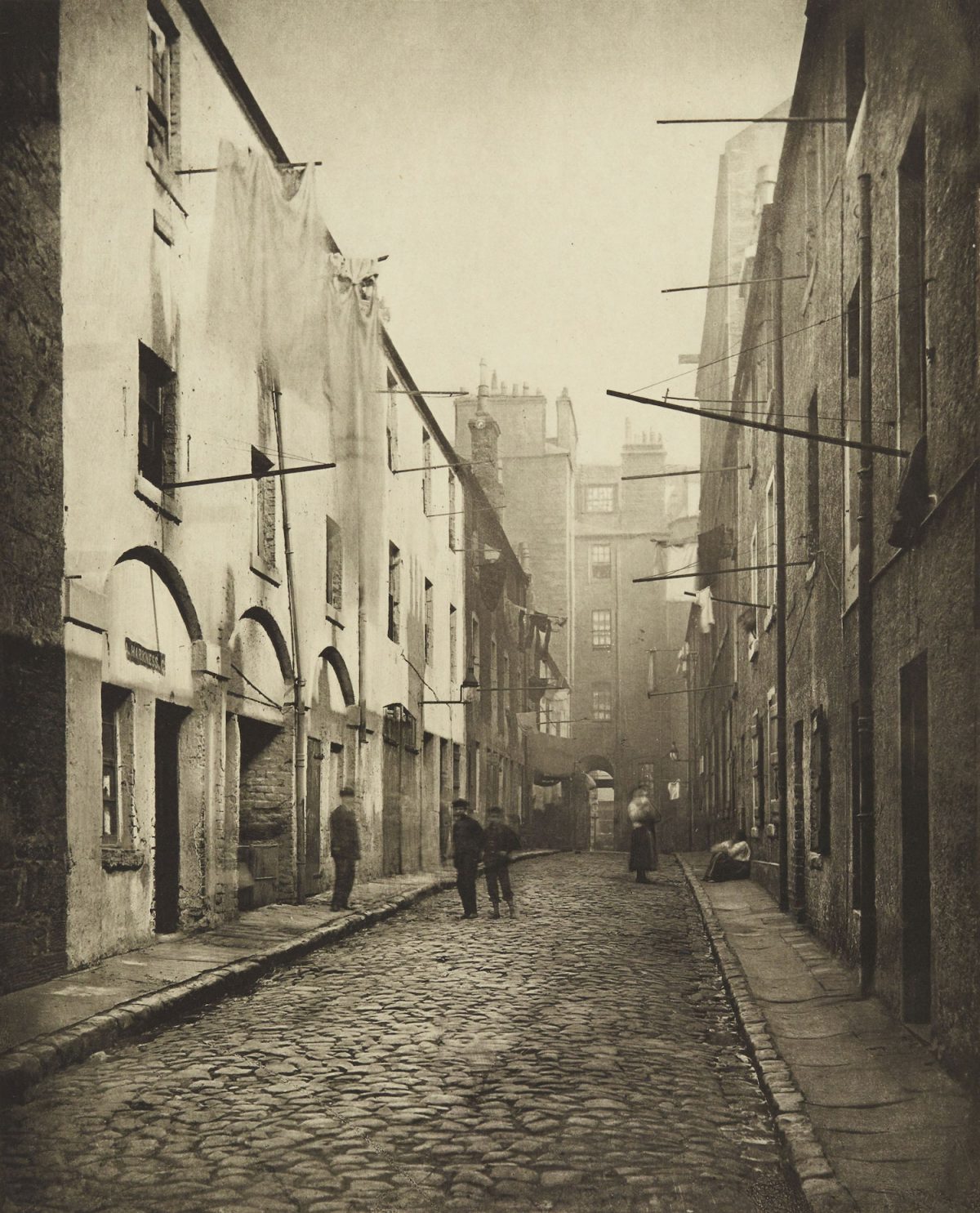 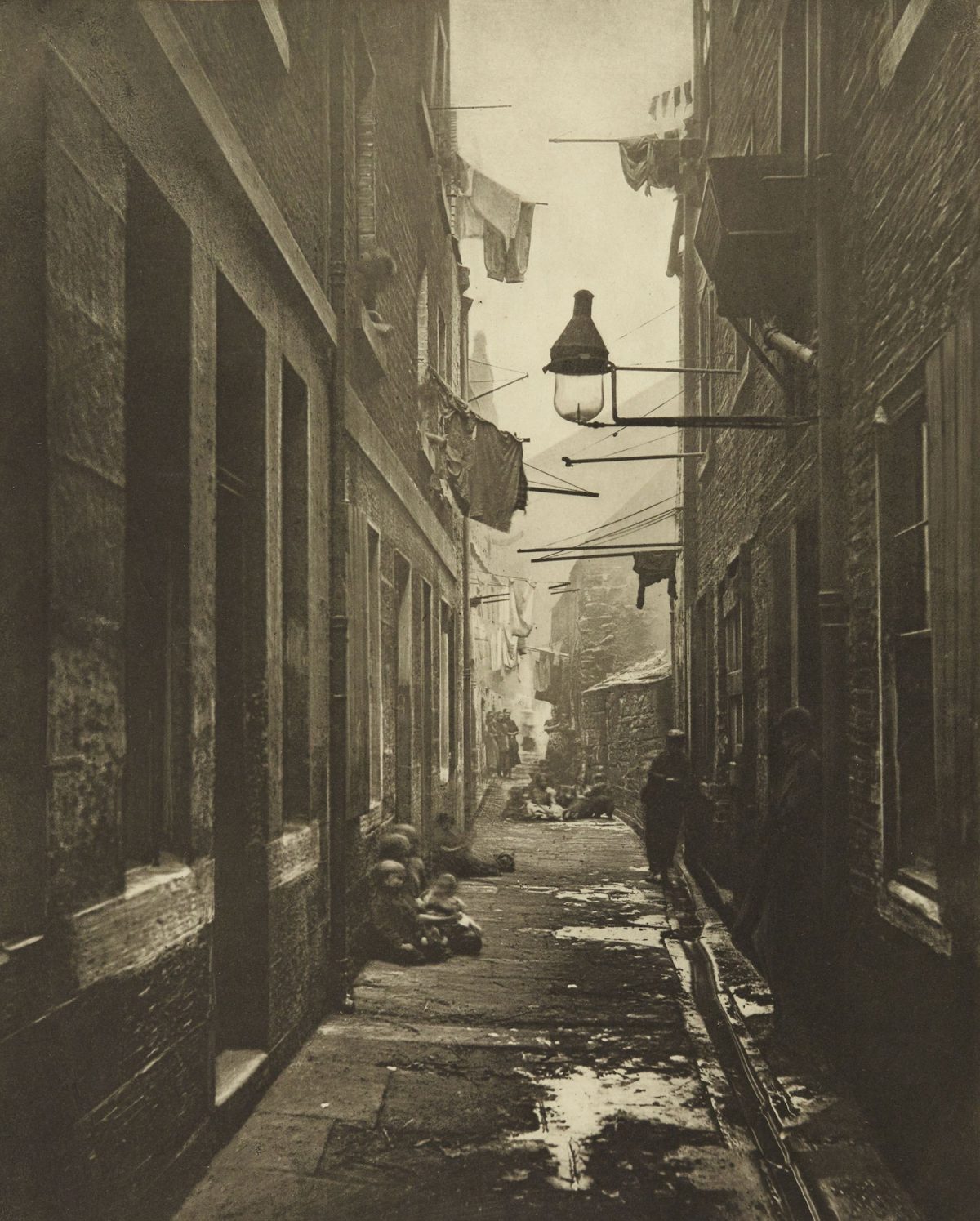 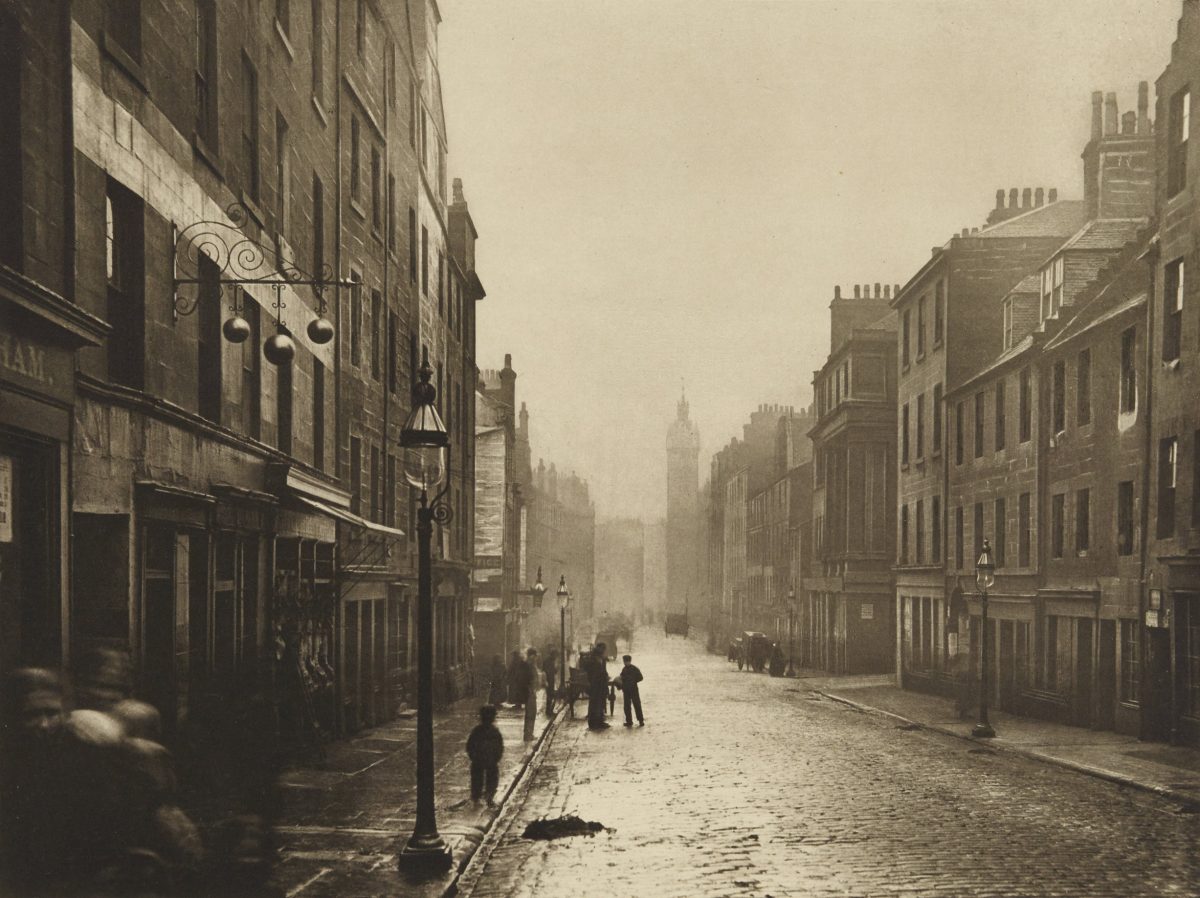 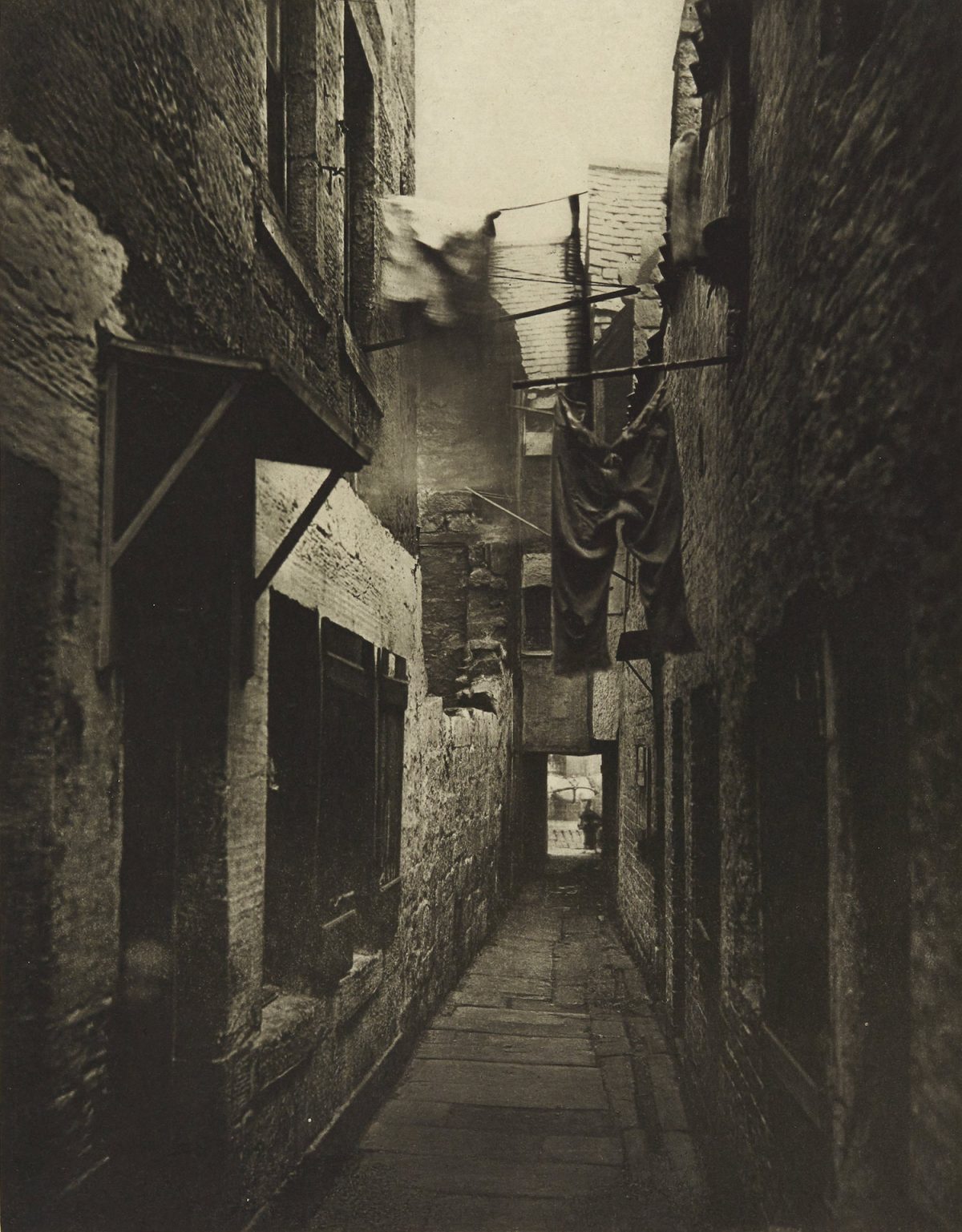 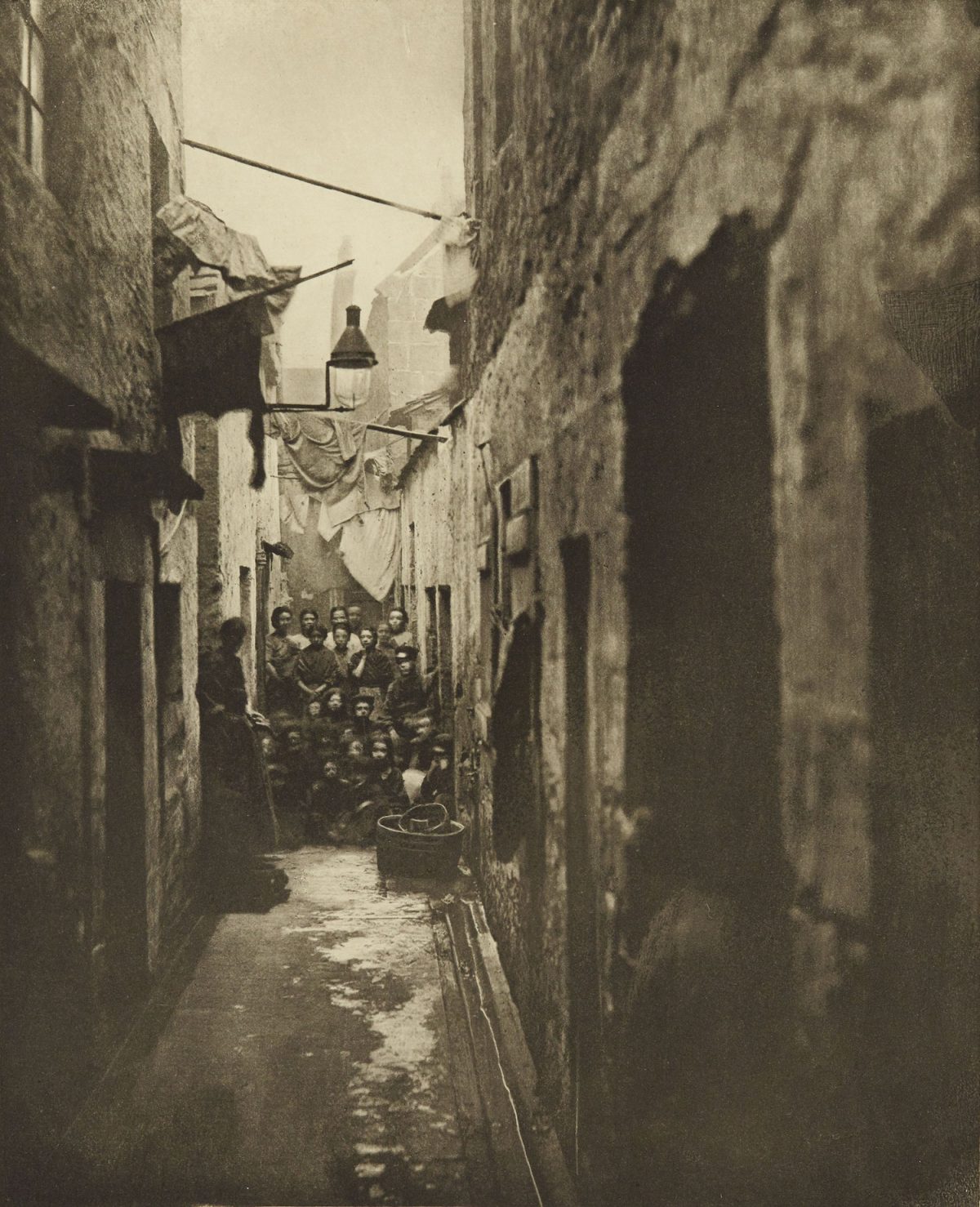 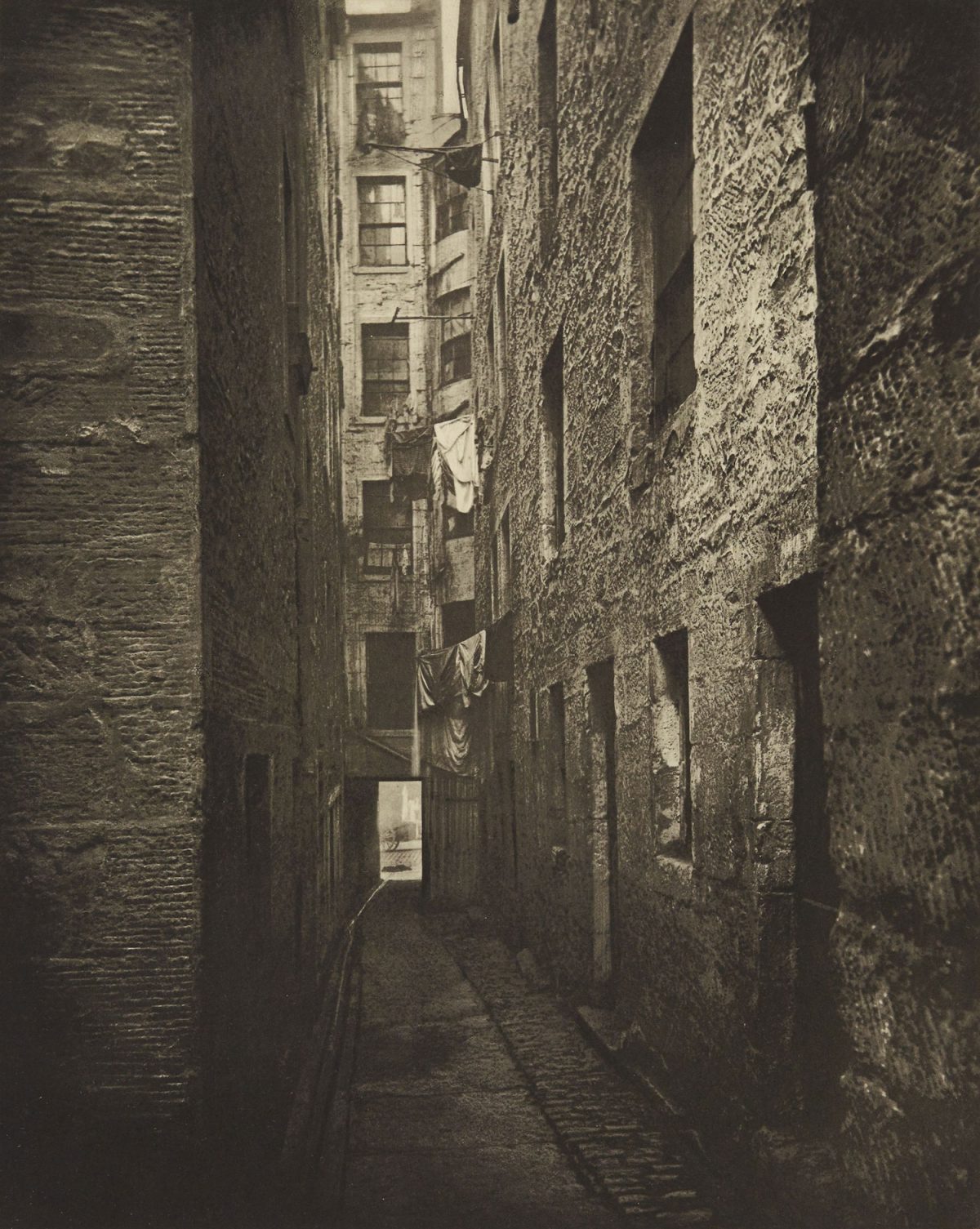 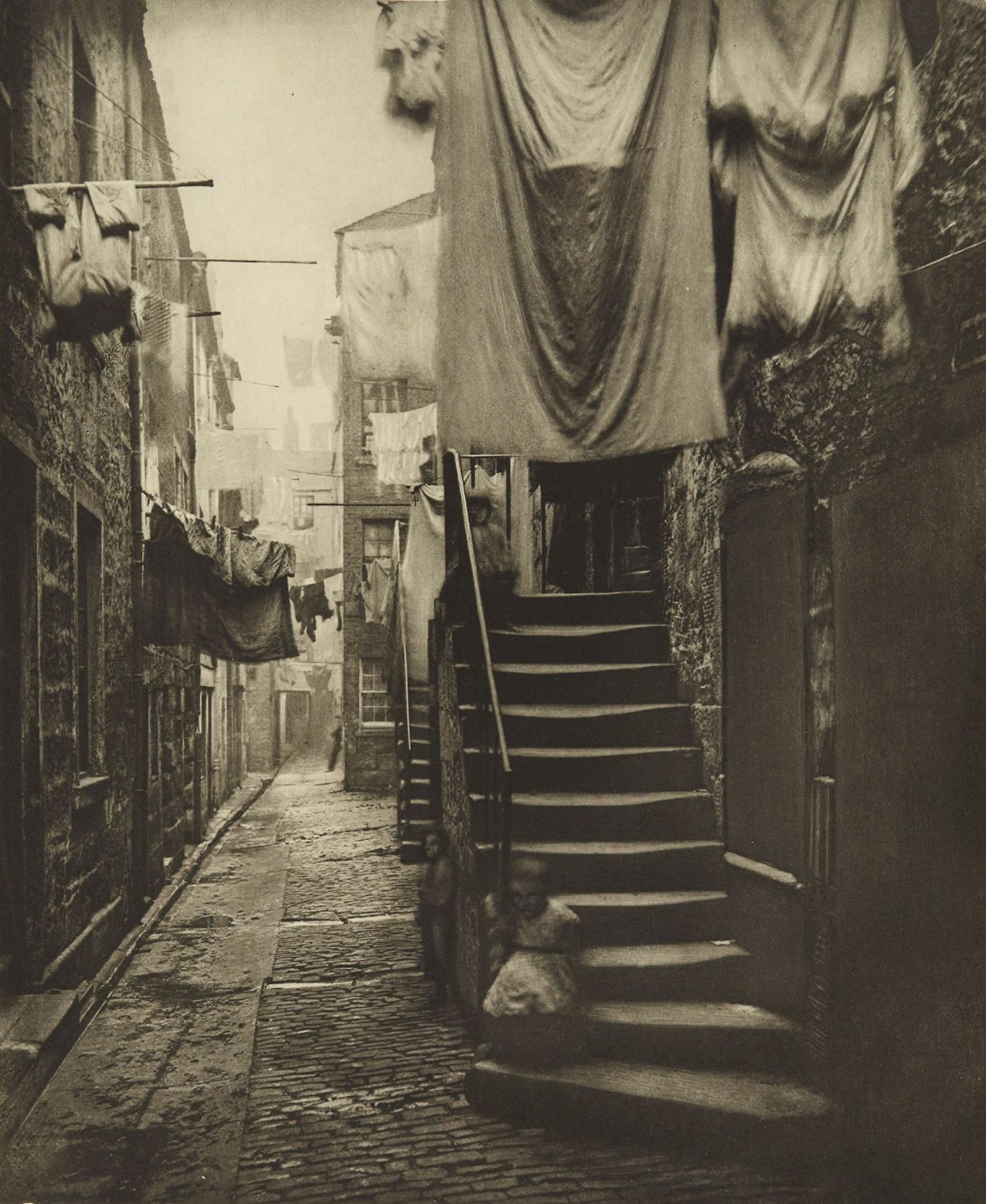 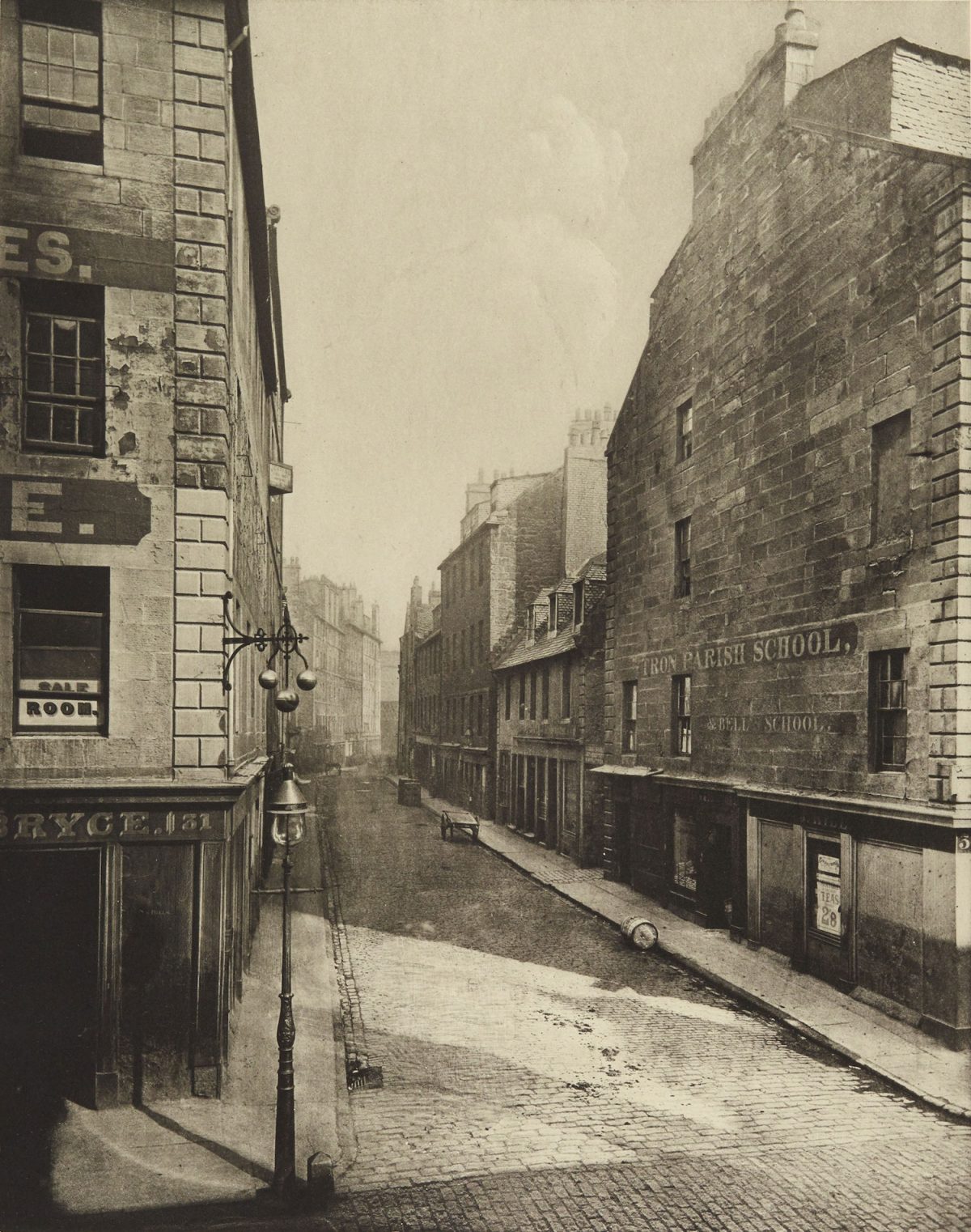 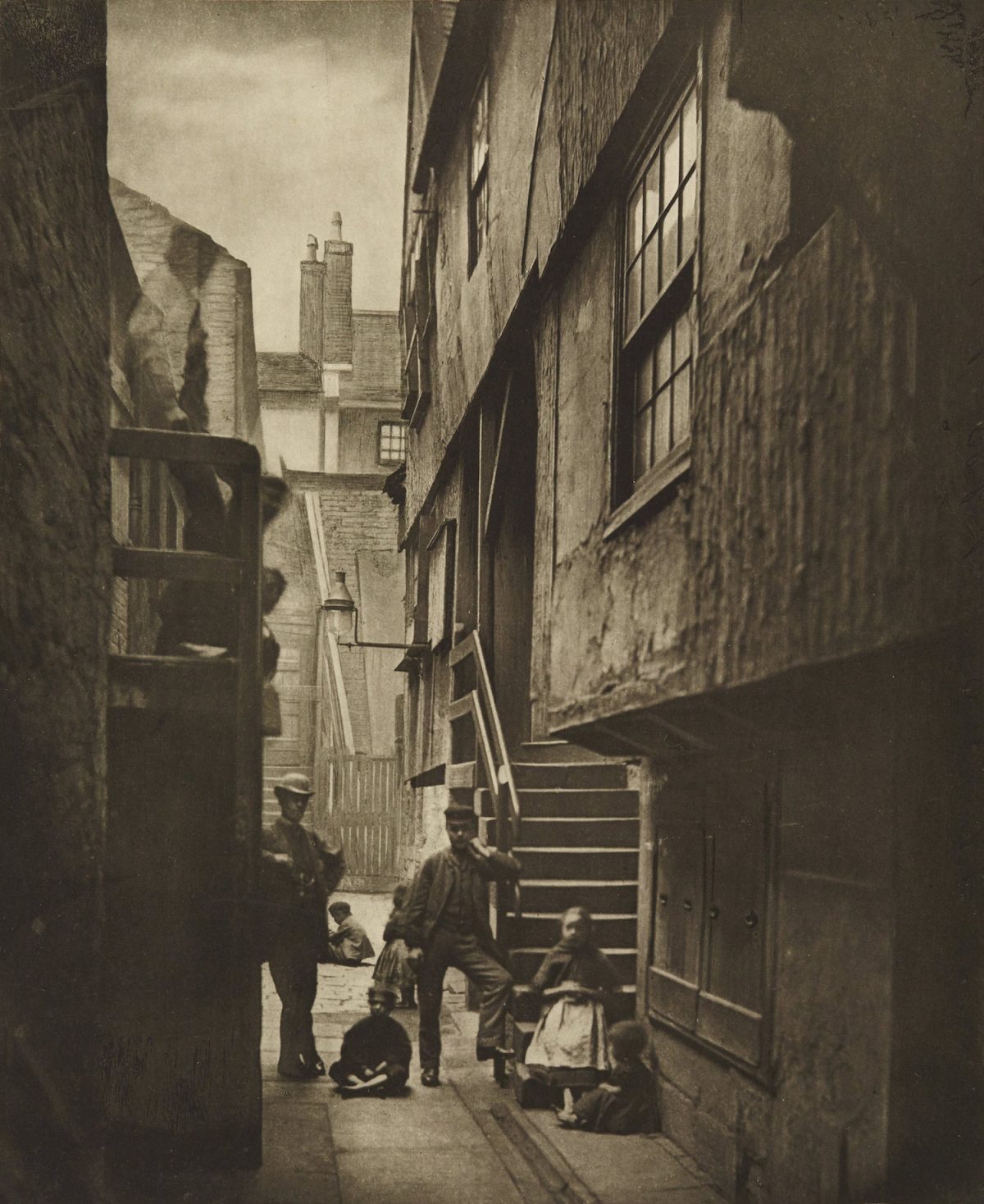 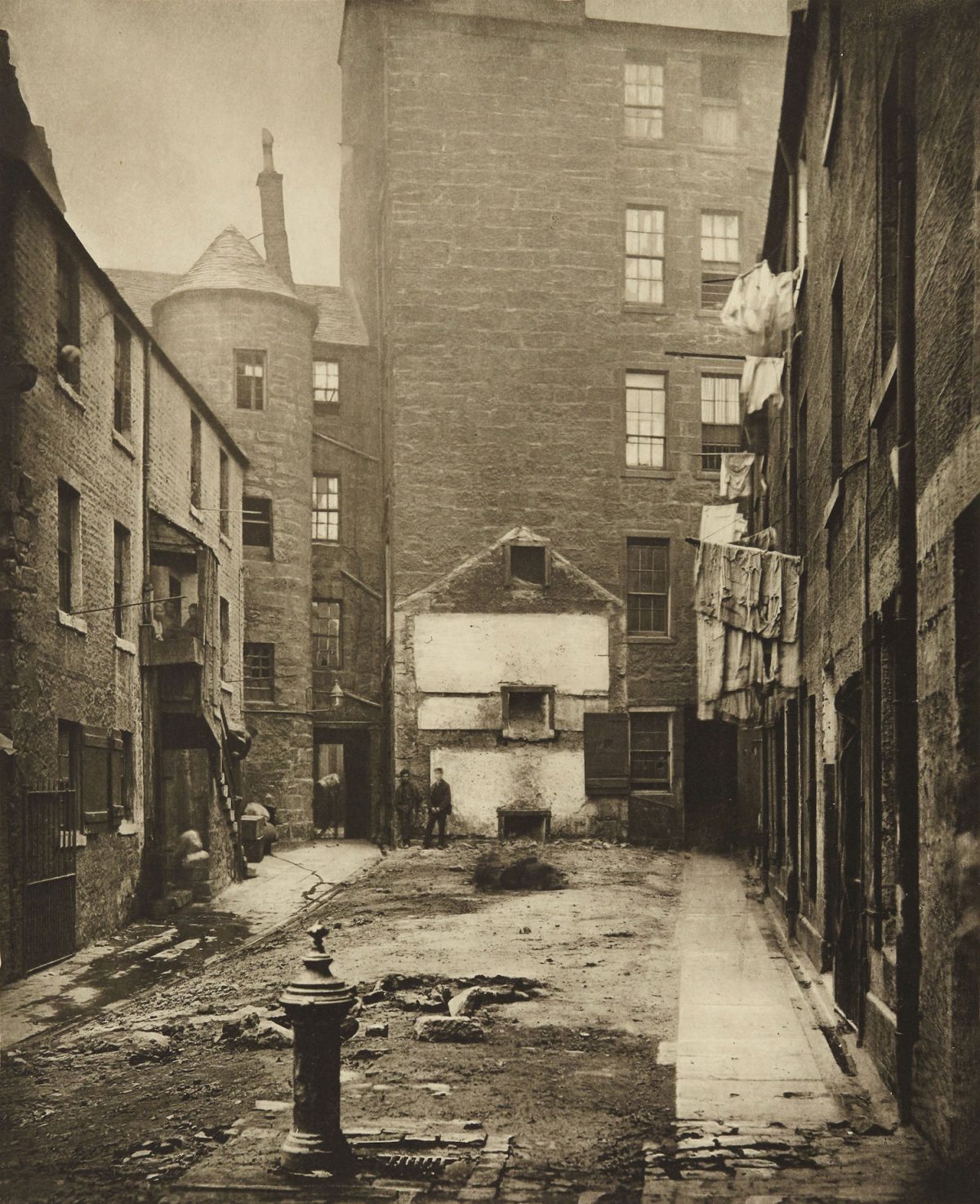 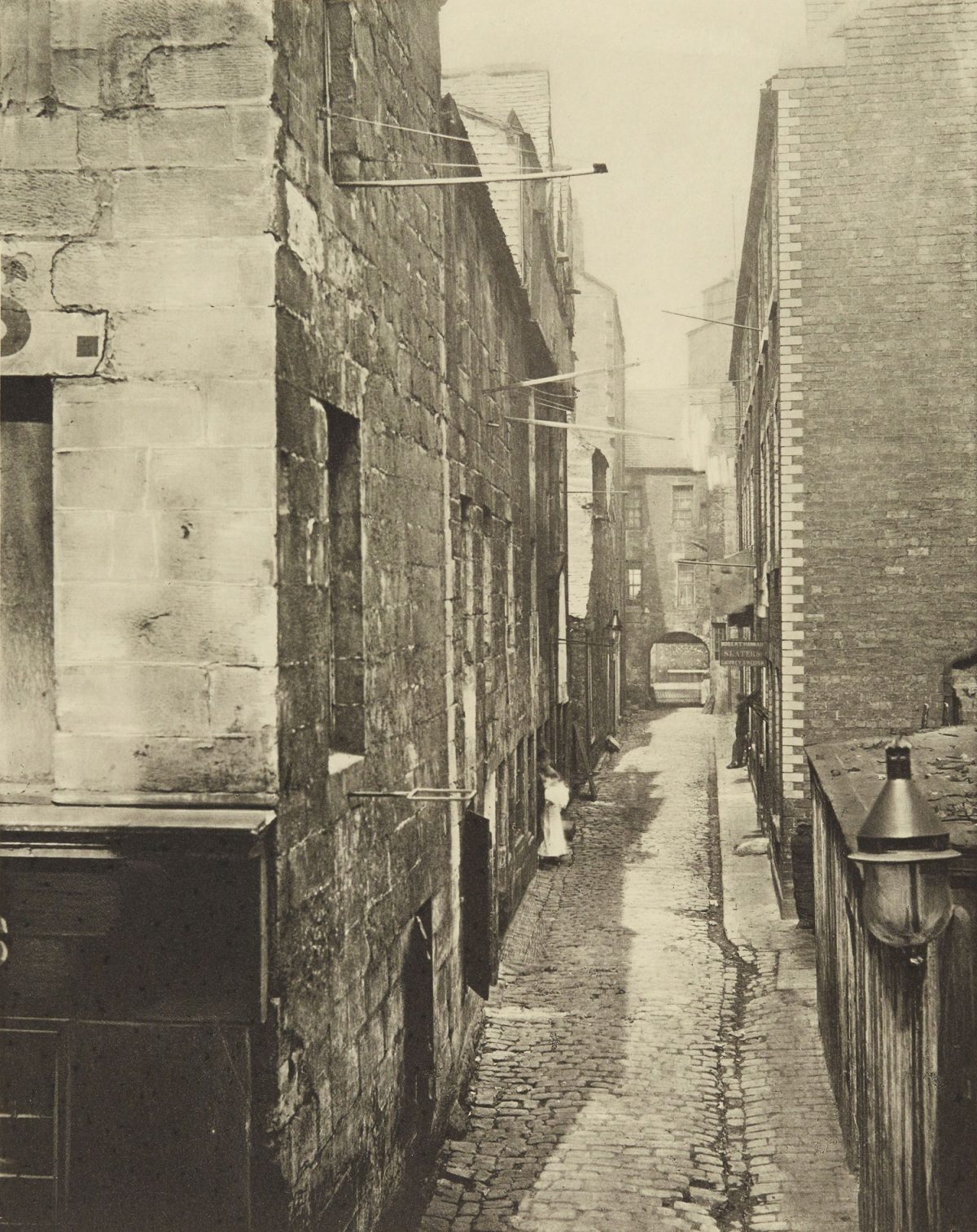 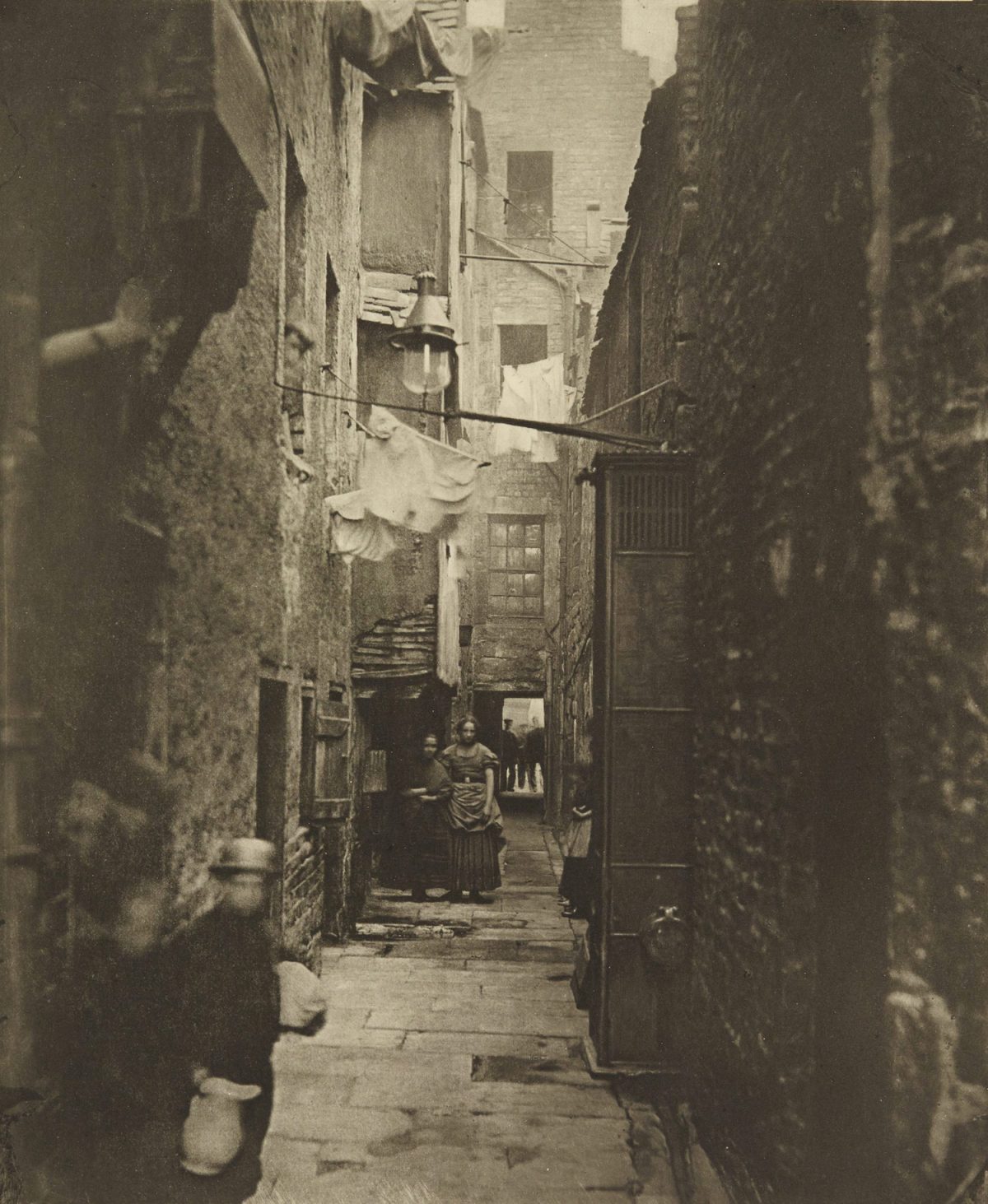 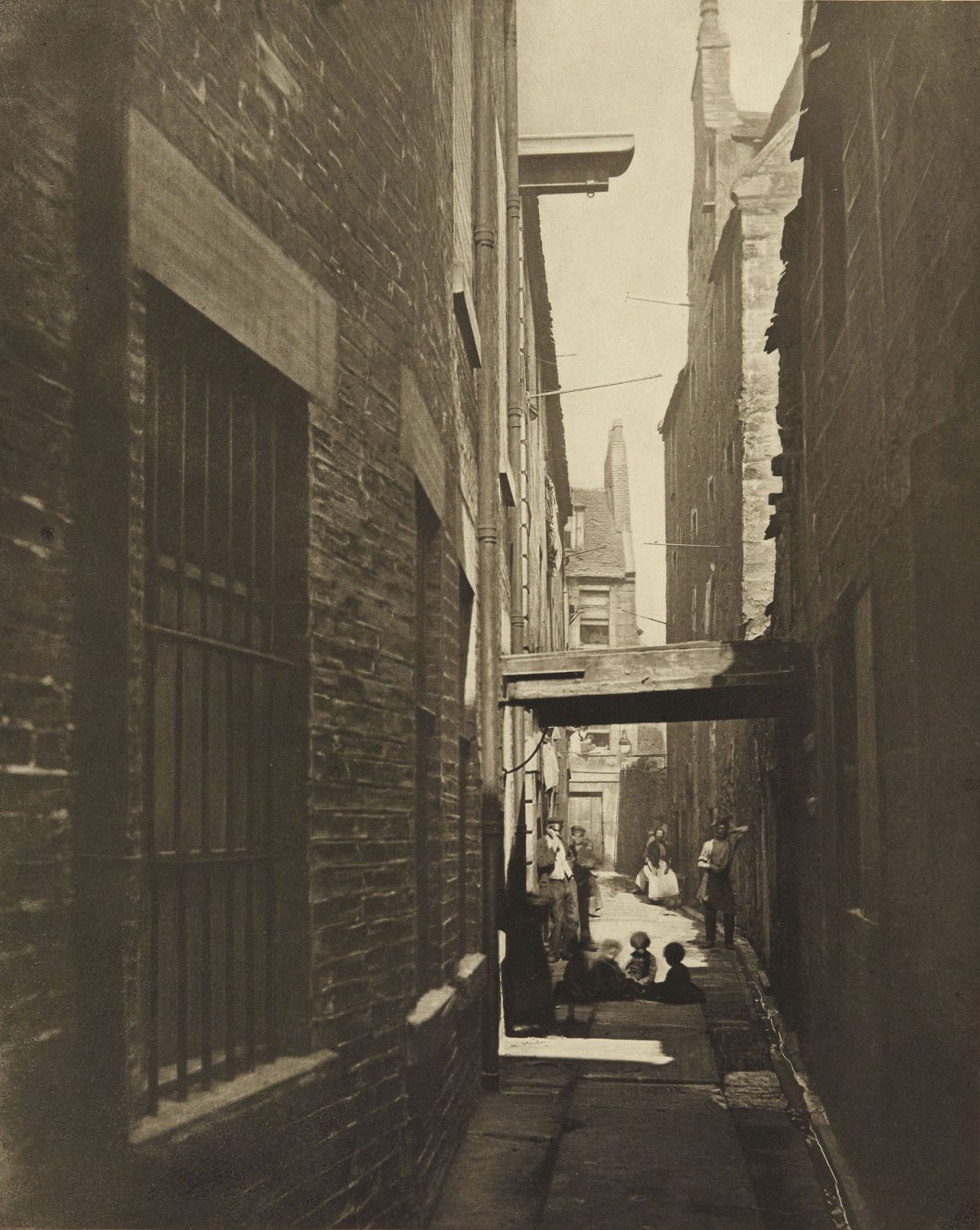