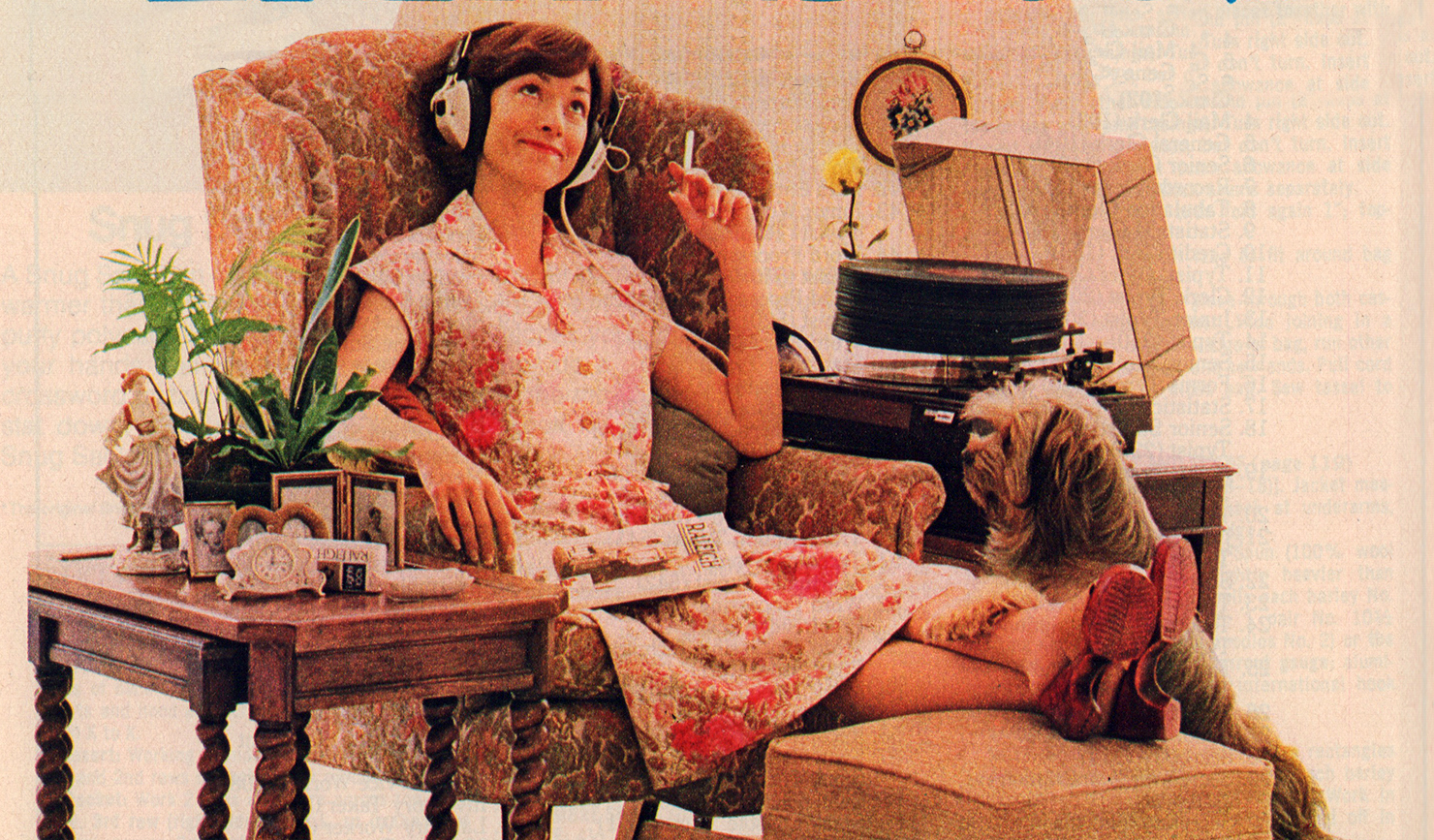 I think people who don’t remember (or weren’t alive) in the sixties and seventies can’t comprehend how ubiquitous cigarettes were.  It seemed every sidewalk in America had at least one cigarette butt wedged in every crack; and street curbs were veritable ashtrays with mounds of butts (and pop-tops) stretching to the horizon.

The absurdity of tobacco’s omnipresence even hit me as a young boy.  Sitting in a hospital waiting room, I noticed each row of plastic seats were flanked by ashtrays.  The health concerns of cigarettes had been long understood (perhaps not fully, but understood nonetheless).  Outside the window, I could see a canopied side-door where a group of doctors and nurses stood in a small huddle, puffing away at their smokes.  What the hell was going on? 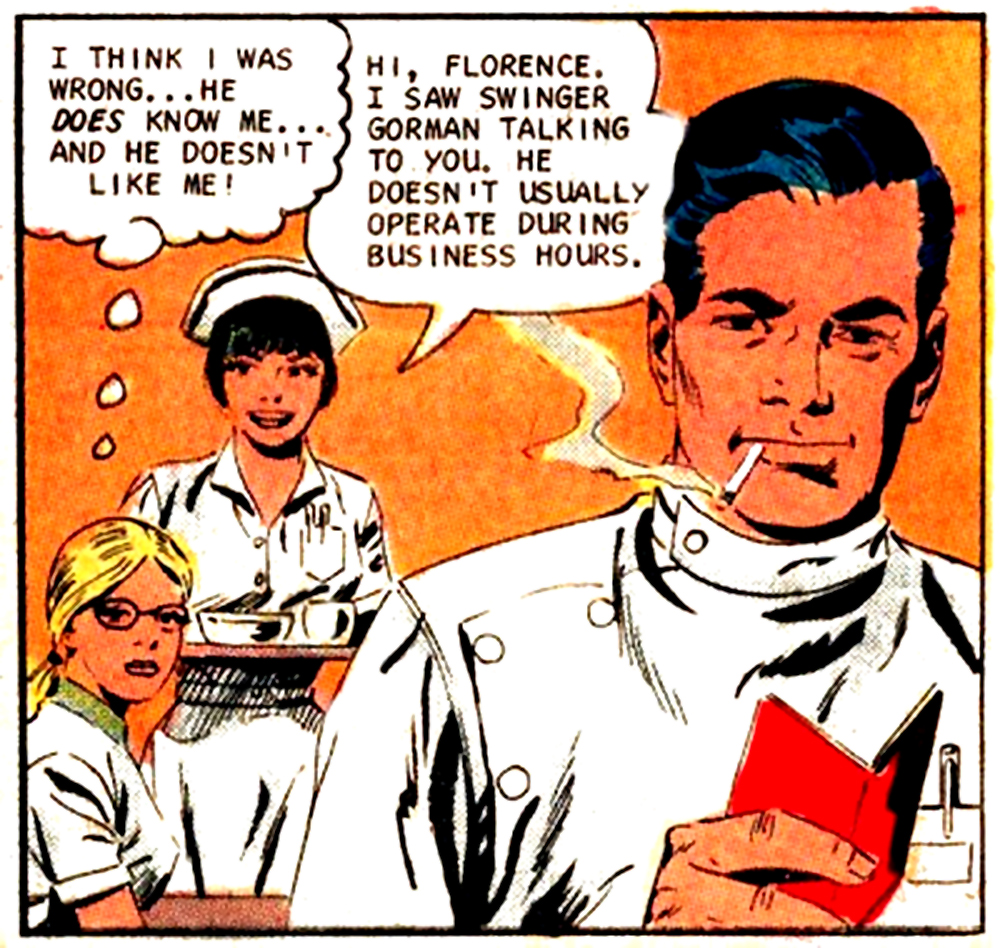 Speaking of healthcare professionals smoking, we’ve all seen the old advertisements of “9 out 10 doctors recommend Pall Mall Cigarettes” and such, featuring doctors in their white lab coats pushing their favorite tobacco brands.  Who can forget the scene in “The Shining” where Wendy Torrance offers Danny’s doctor a cigarette – incomprehensible today (almost as incomprehensible as housecalls in the U.S. today). 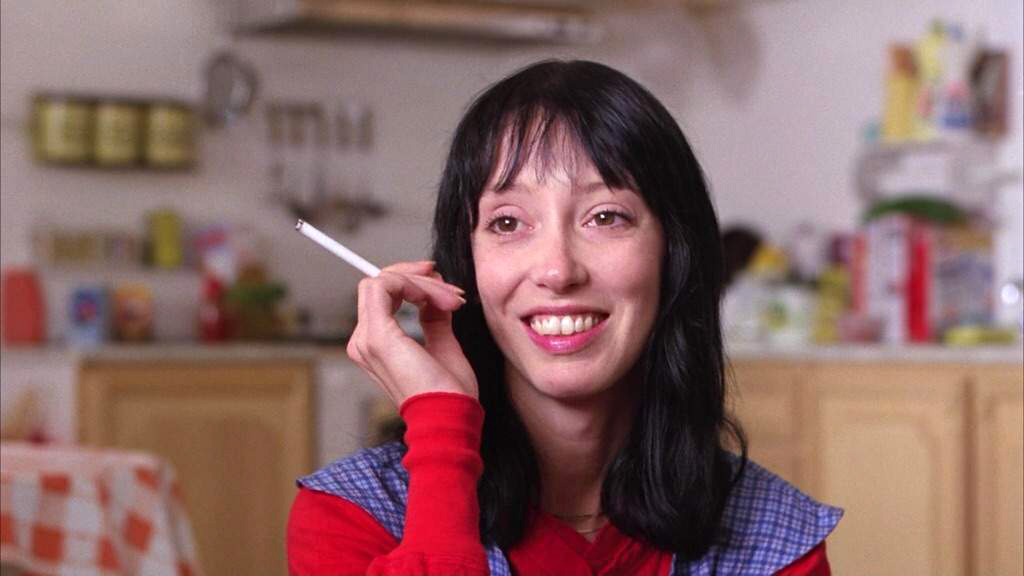 The Shining was released in 1980 – indeed, cigarettes continued to be prevalent throughout the decade, and really didn’t start fading from prevalence until the nineties in most places.   I well remember shopping malls, the centerpiece of every American city back then, well stocked with ashtrays – usually those big barrels filled with lovely ashtray sand.  Granted, you couldn’t walk into a Chess King or Merry-Go-Round taking drags from a Marlboro like you could in the seventies, but smoking was still alive and well outside the Orange Julius in the food court, and among the plastic plants, colored fountains and park benches. 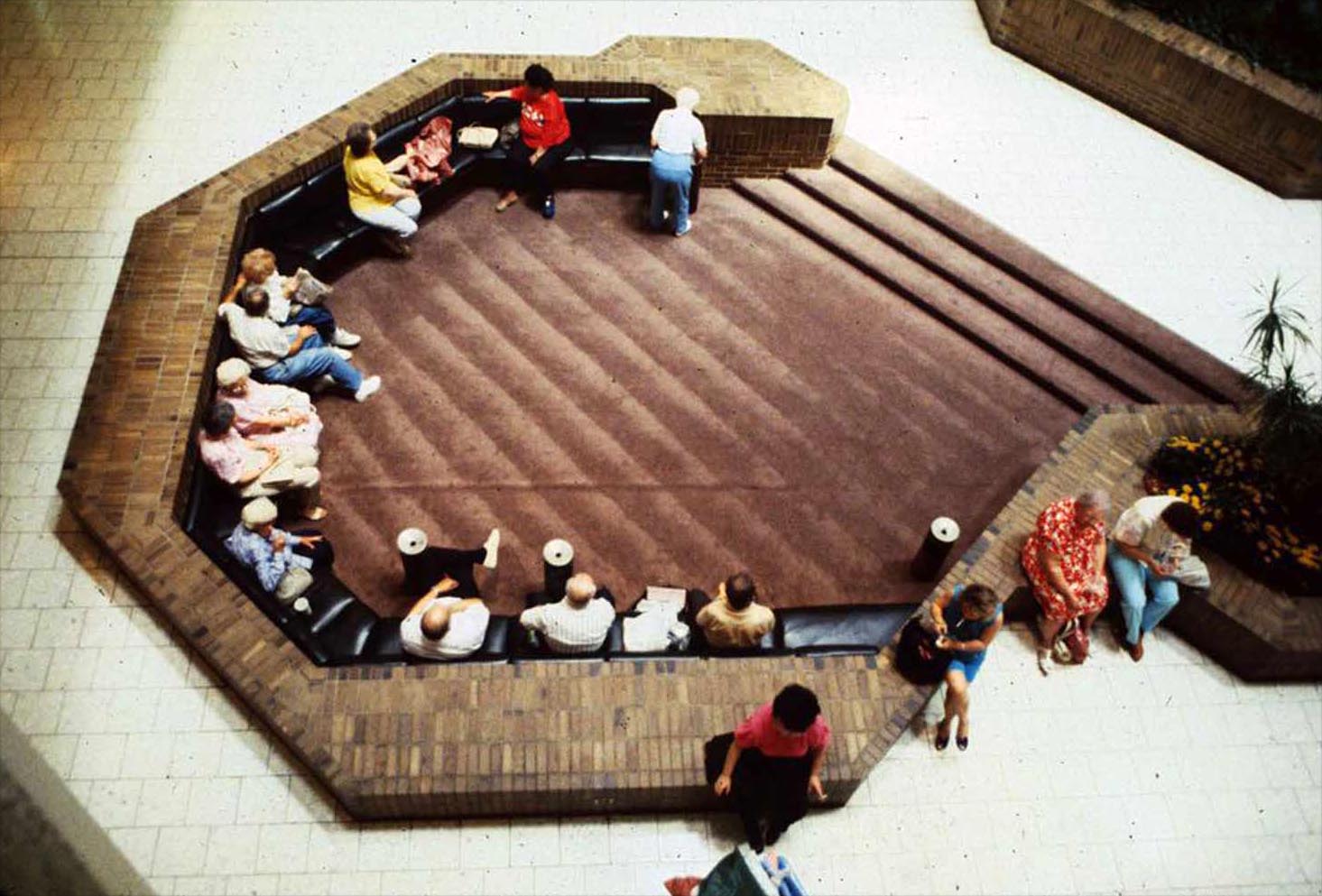 As evidence of ashtray-omnipresence, open up any old catalog to the furniture section, and play a game called “count the ashtrays”.  In every living-room illustration, I’m confident you’ll spot at least two. In the Eaton’s catalog page below, I spy three – can you find another? 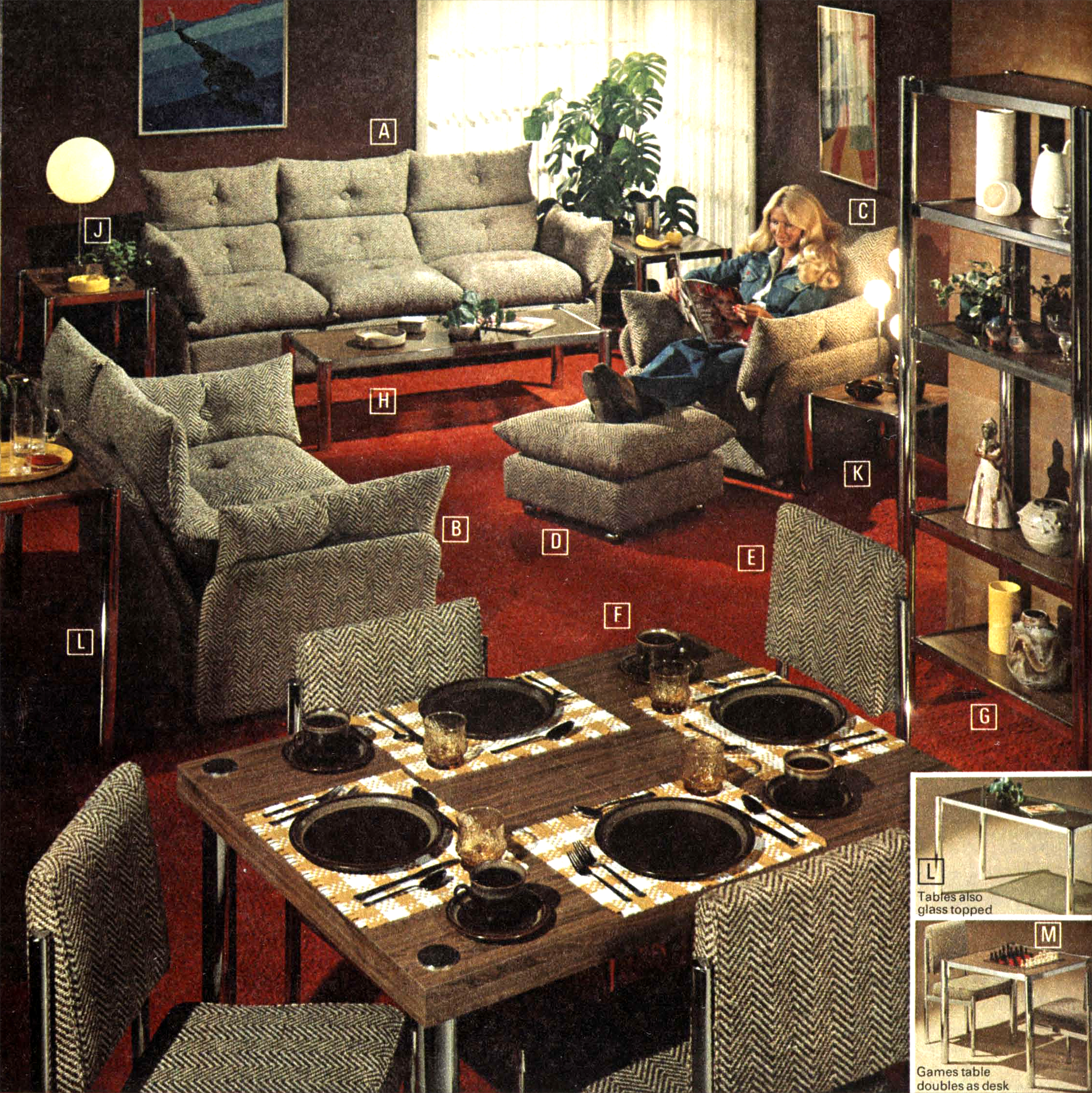 Of course, when it came to reliably spotting an ashtray, the office space could not be beat.  There was about a 0.0% chance of finding a desk without a place to butt your ashes back then. 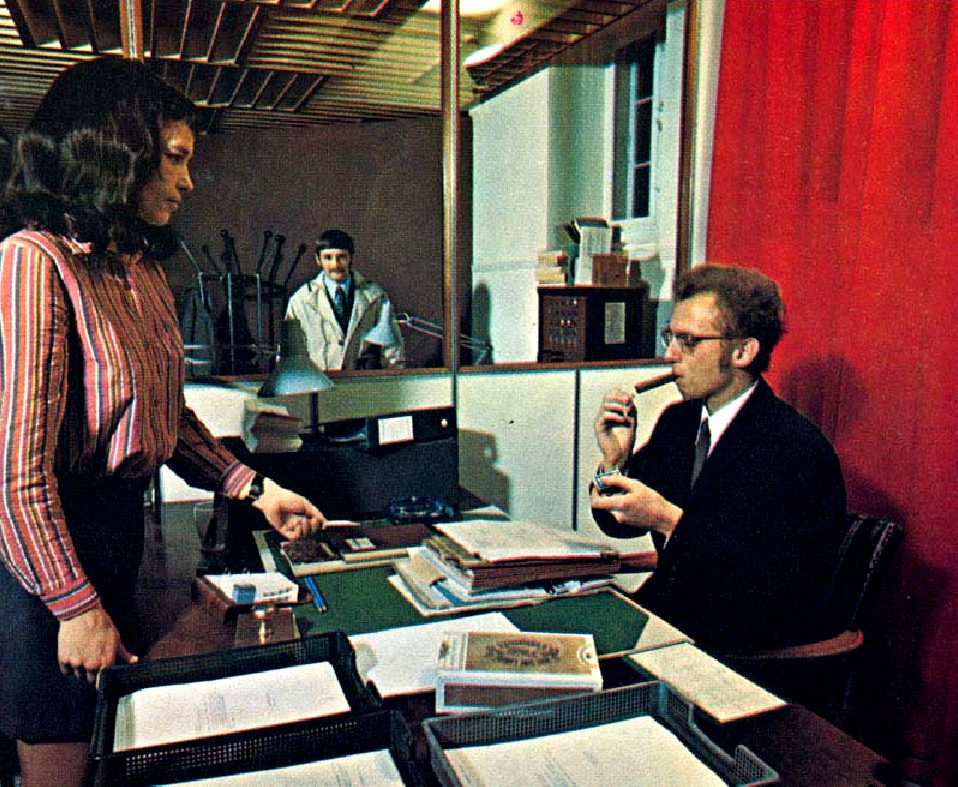 As a test, go to your building’s file storage (that dimly lit room where they keep the stuff before they started backing things up digitally) – and go through some file cabinets from the 1970s.  Pull out an accordion folder… and take a whiff.  I’ll bet it smells like you’re dipping your nostrils into a damp and ancient ashtray – the papers back then were saturated with smoke! 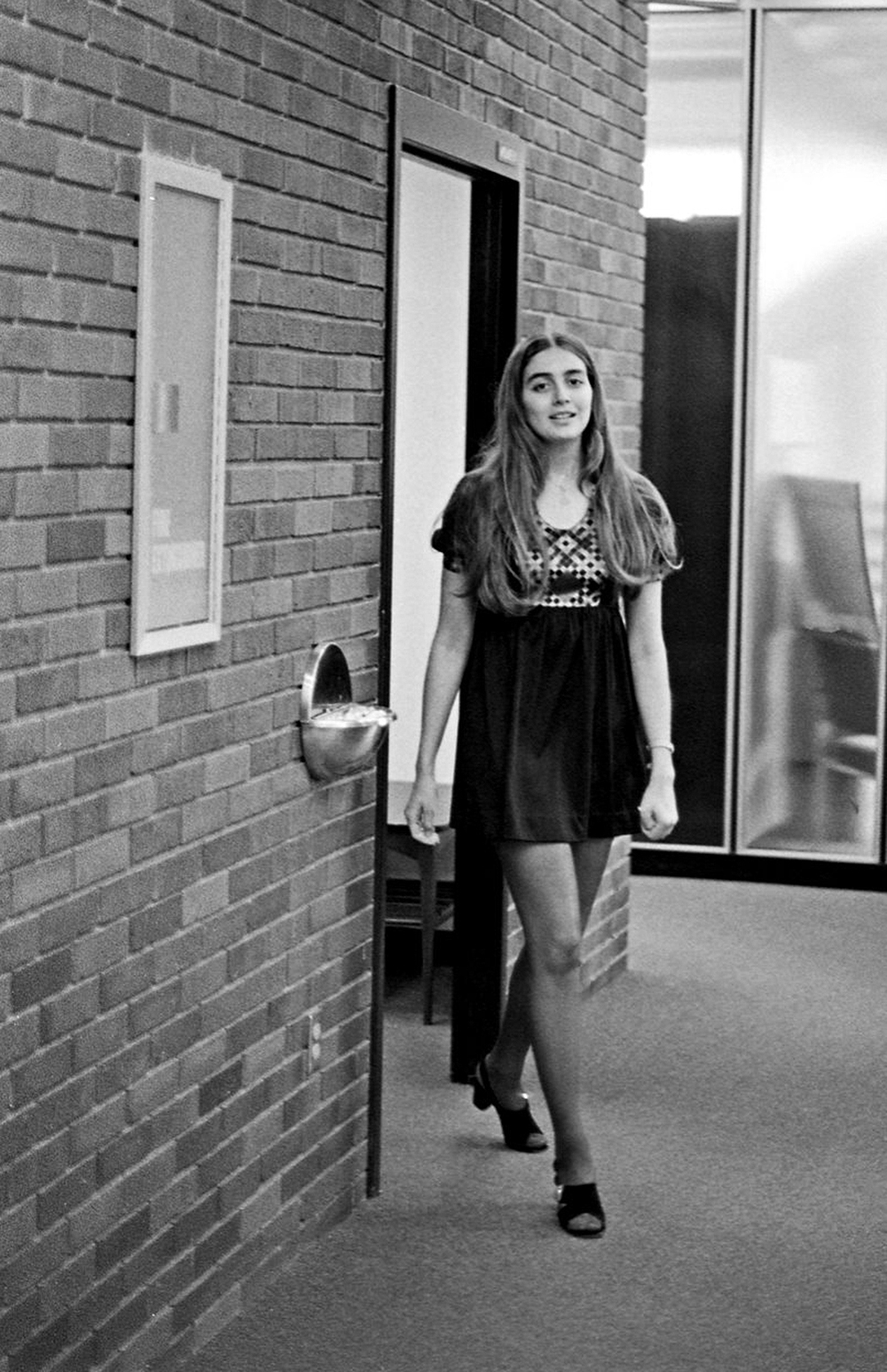 How about those wall ashtrays?  These fixtures were mounted in the hallways of seemingly every business and, yes, every college campus in the country. 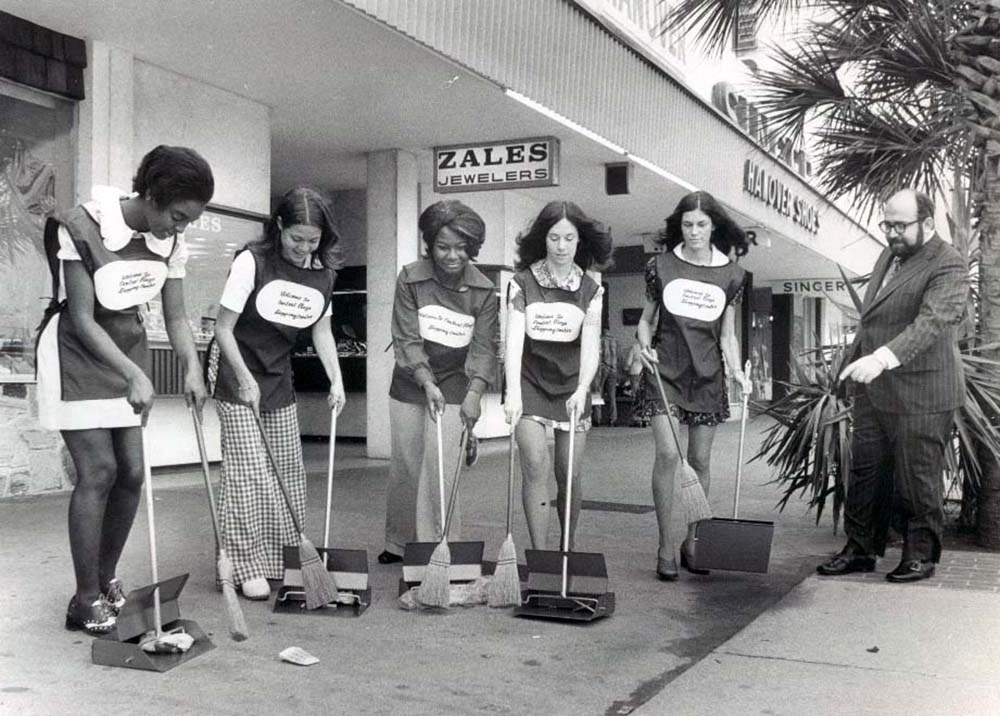 Just imagine the tonnage of cigarette butts outside every business – back then, you didn’t waste a second thought flicking your butt onto the pavement.

Guaranteed these girls’ dustpans become nothing more than ashtrays after a few sweeps.  As I mentioned, sidewalk cracks were literally grouted with cigarette butts back in the seventies.  It’s not as if the filter of a Benson & Hedges was biodegradable; these things would be piling up like geologic sediments if we had kept the habit.

But you really wanted to get your lungs saturated with tar, down to the last alveoli, just open a magazine or turn on the TV…

The airwaves were chock full of people smoking: from smiling suburbanites to grizzled cowboys; everybody’s a-smokin’…  And easily half your magazine’s dry weight was devoted to tobacco advertising. 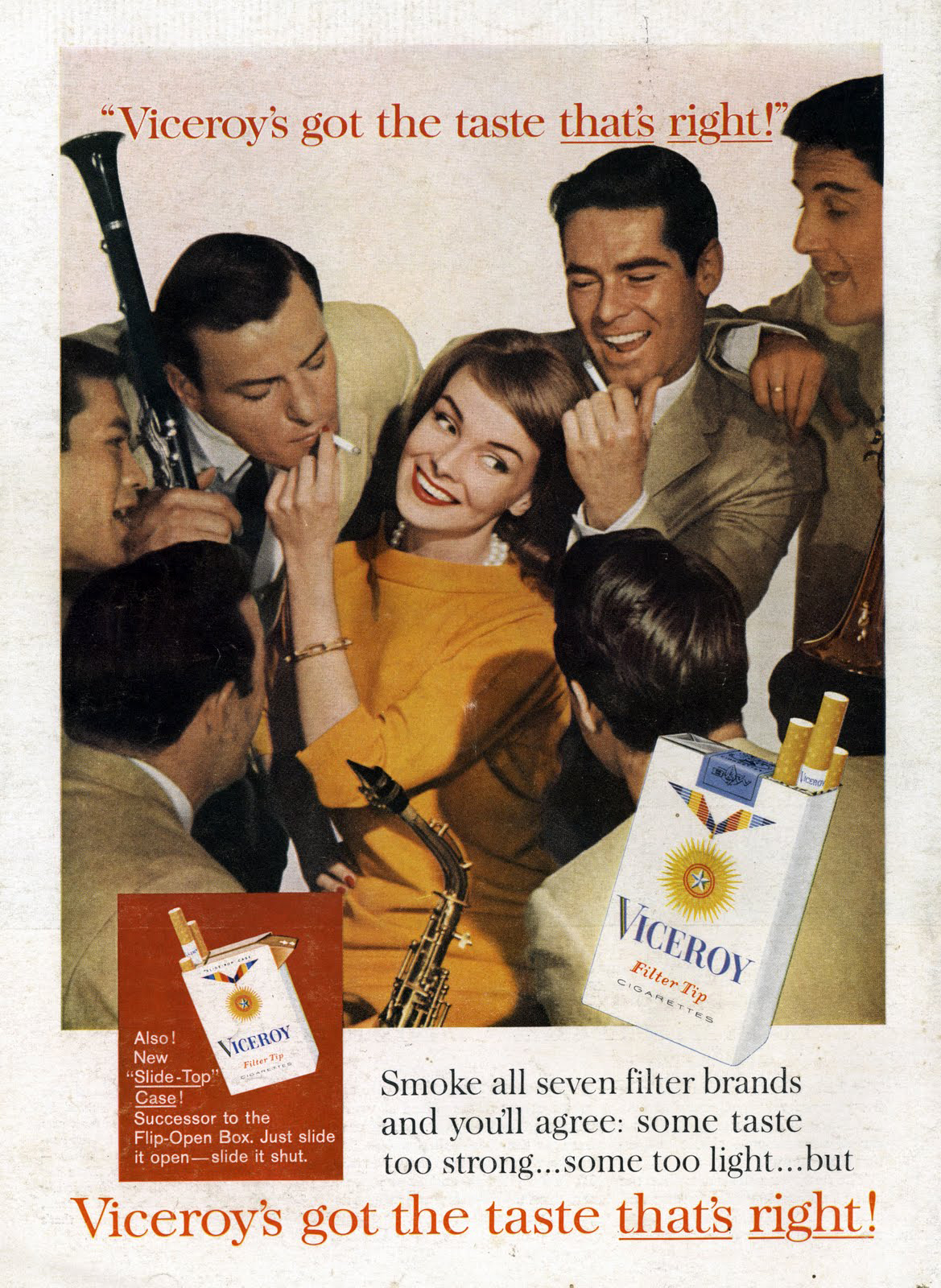 As a final example, and perhaps the most shocking by today’s standards, is airline travel.  Can your mind even comprehend a time when smoking was allowed on airplanes?  I traveled on airplanes clogged with smoke back in the seventies, and I still find it amazing.  I can still remember the “smoking – no smoking” lights on the airplane which would let passengers know when they could light up.  But most of all, I remember the metal ashtrays on the armrests… 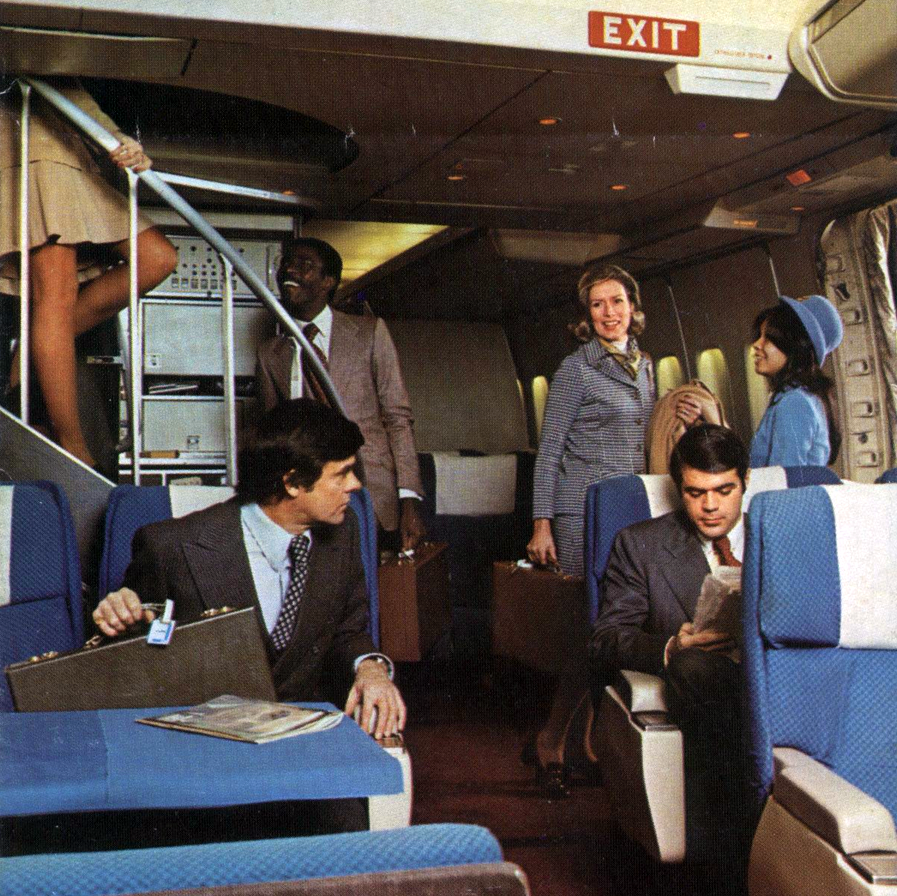 Do you see them? The guy with the suitcase has his fingers on the little metal lid that flips open, revealing a tiny ashtray (much like those found in automobiles back then).  The flight crew didn’t always empty them out with each flight, so you’d often get an armrest ashtray half full of stinking butts from the previous flights. 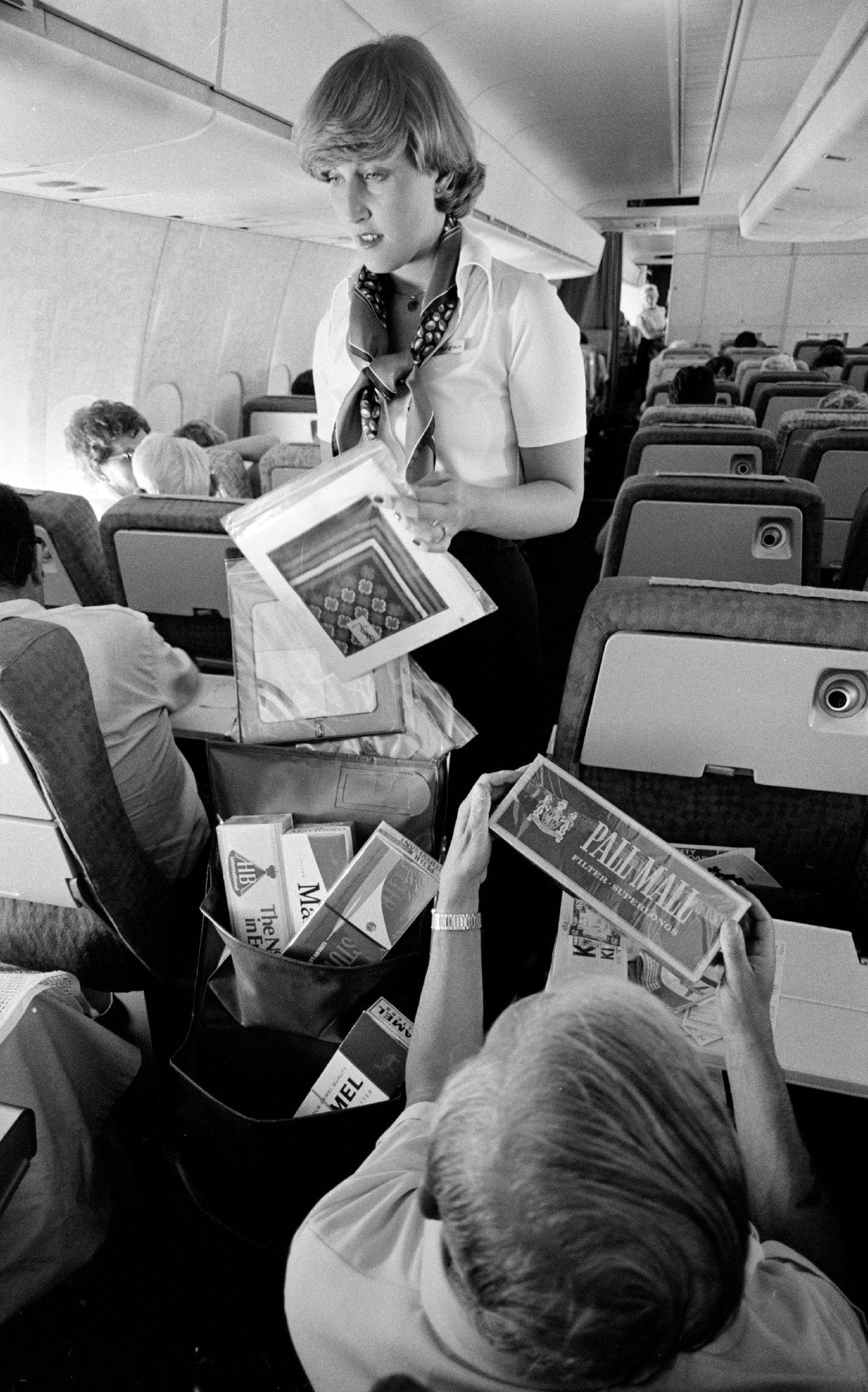 Distributing them by the carton at 20,000 feet.

Well, all this talk has given me second-hand-smoke flashbacks; so, we’ll depart this land strewn with cigarette butts, and return to present day where we can all look back patronizingly as we vape. 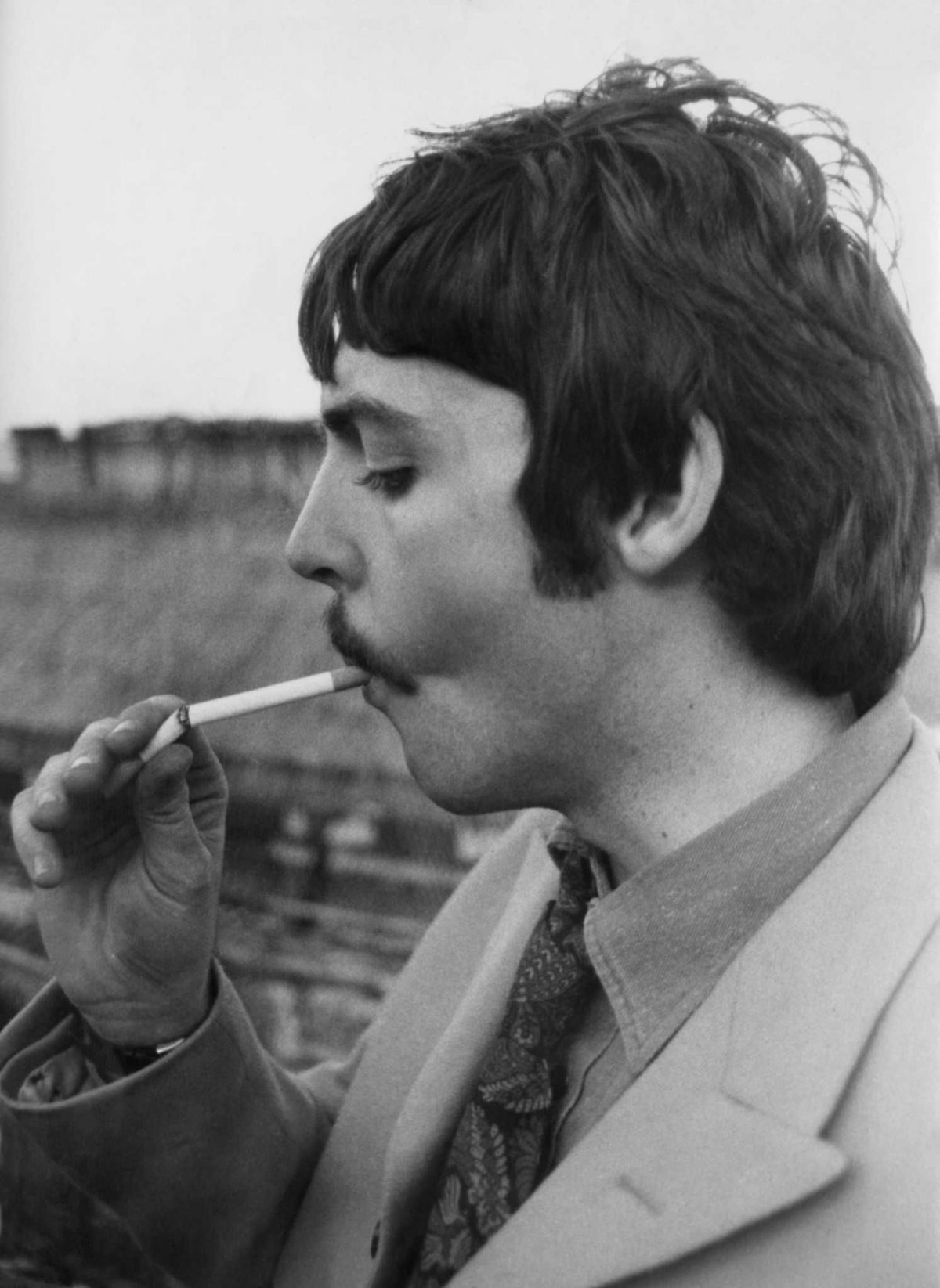 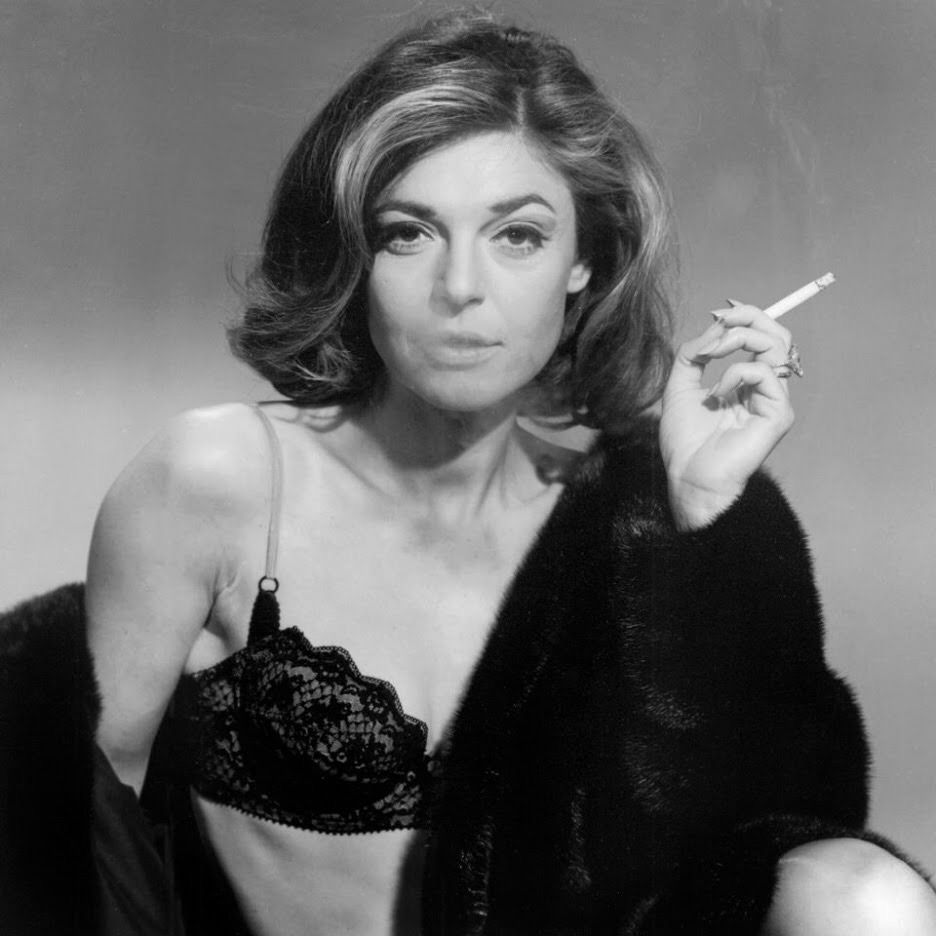 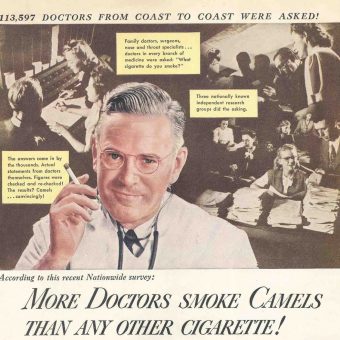 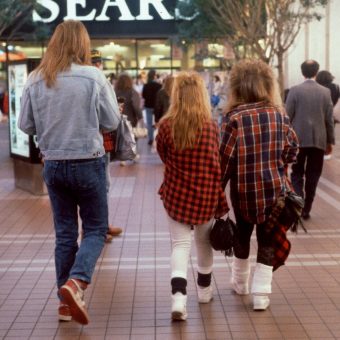