From 1968 to 1972, photographer Nick Hedges was hired by housing charity Shelter to travel round England and Scotland documenting the lives of families living in slum and squalor. His pictures are powerful, you can sense the cold and damp. Now Shelter wants to trace the people in these photographs.

“It would be wonderful to meet the children I photographed all those years ago and for them to be able to tell their stories,” says Nick. “I often wonder what happened to them, if they went on to lead happy and healthy lives. When I was commissioned by Shelter to take these photographs, I never imagined that decades later they would still have such impact. The poverty and terrible conditions I witnessed shocked me to the core. I hope that all these years later, by reconnecting with some of those I photographed, I am able to hear good news of what happened to the families… For a lot of people confronted by the photographs, these worlds were alien to them. They were shocked that this could be their country.” 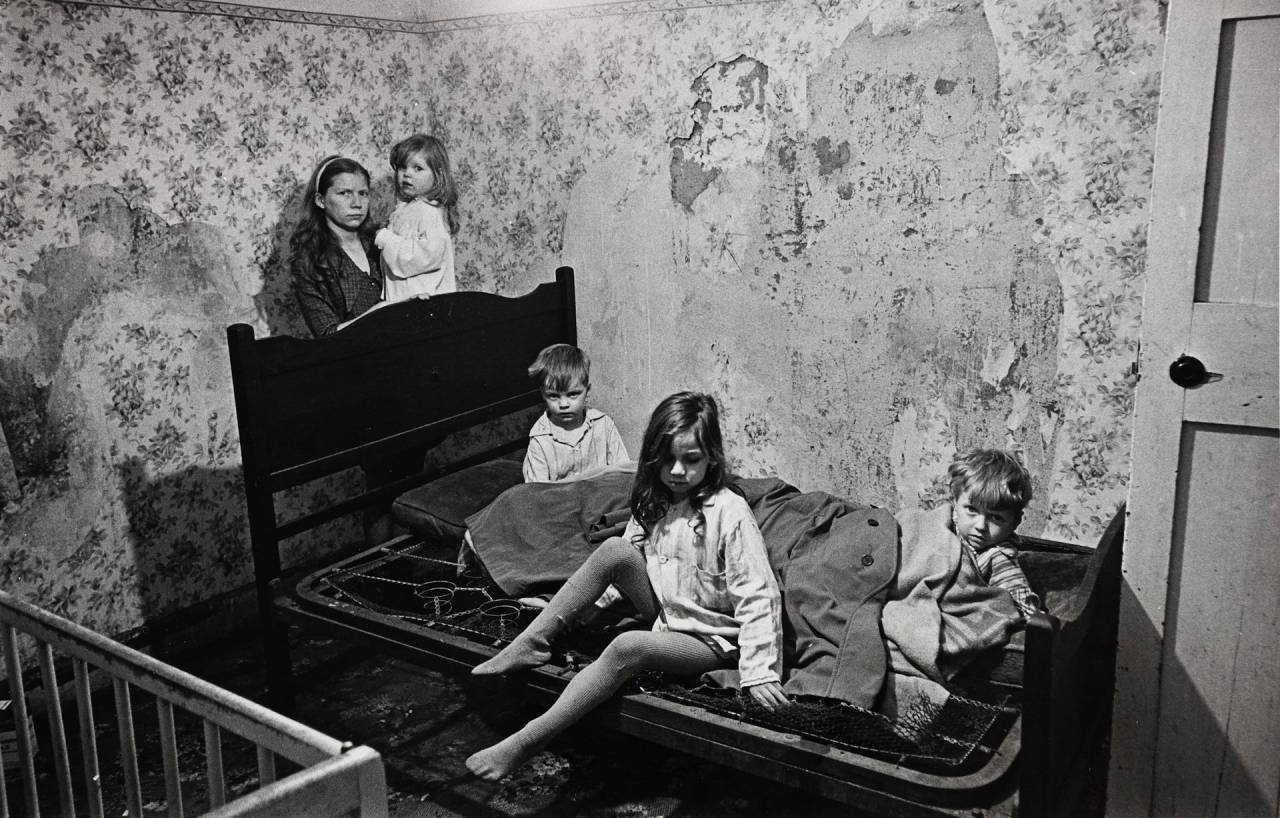 Mr and Mrs Milne and their four children lived in a council-owned house in Vincent Crescent, Balsall Heath. Apart from the poor state of the property – no bathroom, no hot water, outside lavatory, inside walls running with damp – these children were sleeping, in the middle of winter, on two sodden seat cushions covered by a couple of old macs. There was no heating in the room, the snow lay thick outside and the windows were broken 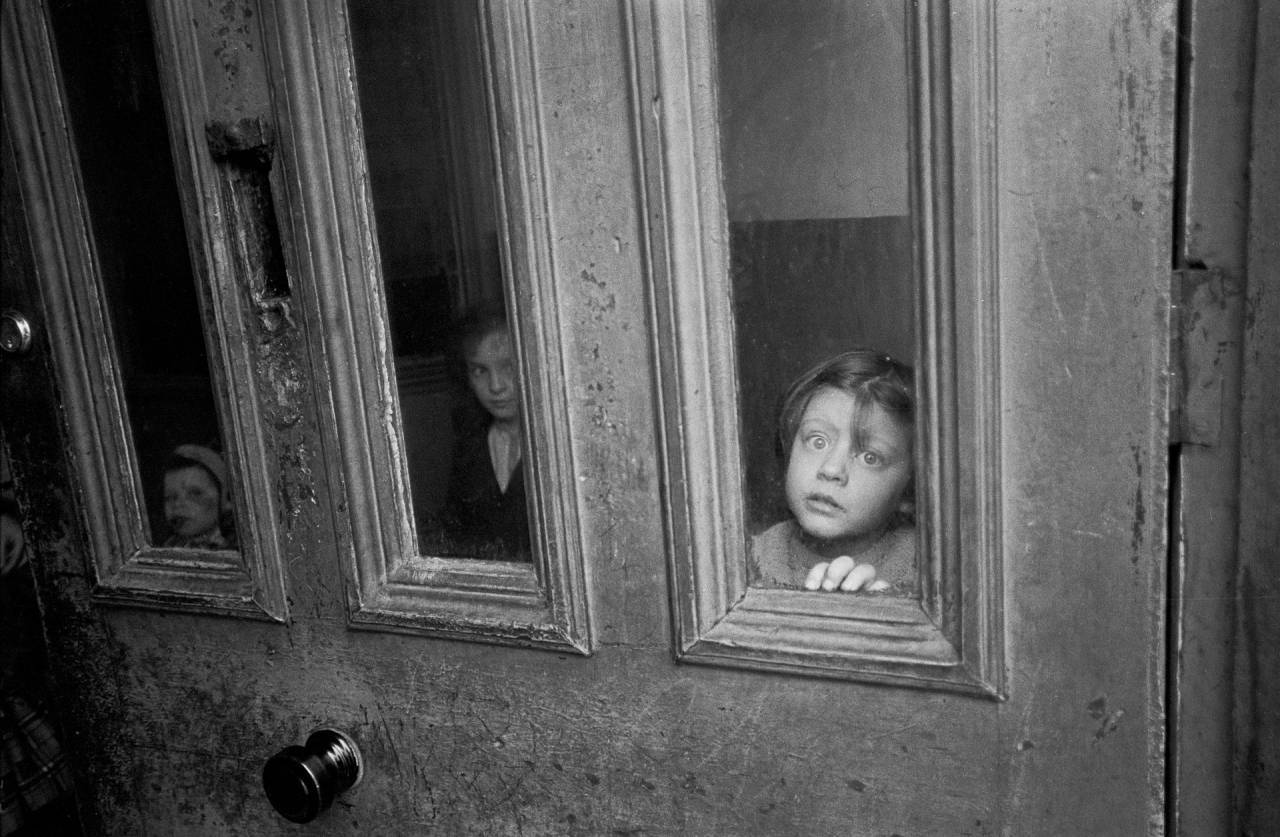 Liverpool, 1969 At the doorway of a multi-let 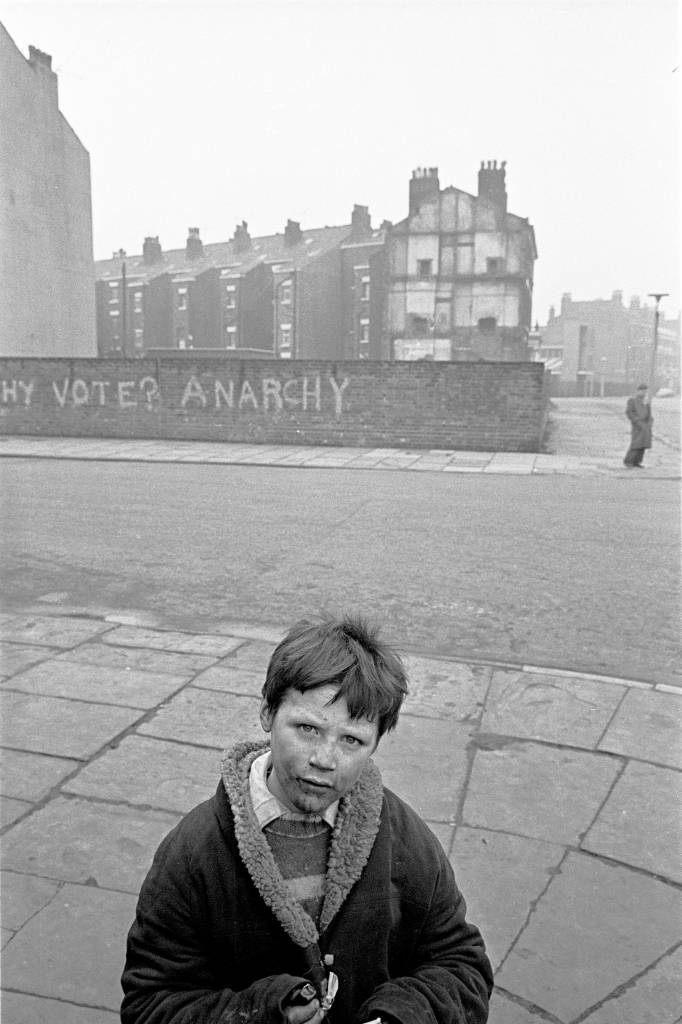 Liverpool, 1969 A young boy on the corner of a Liverpool 8 street 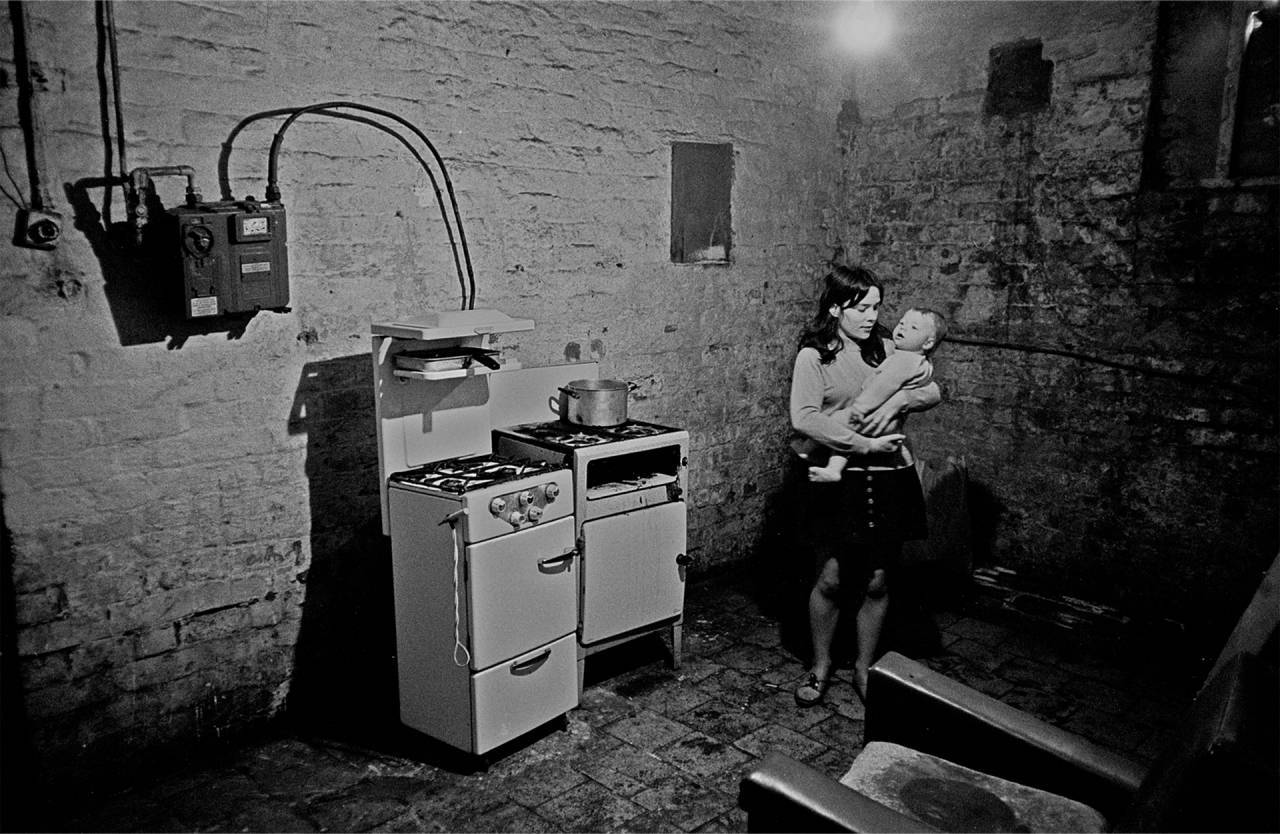 Liverpool, 1969 A basement kitchen in a multi-let 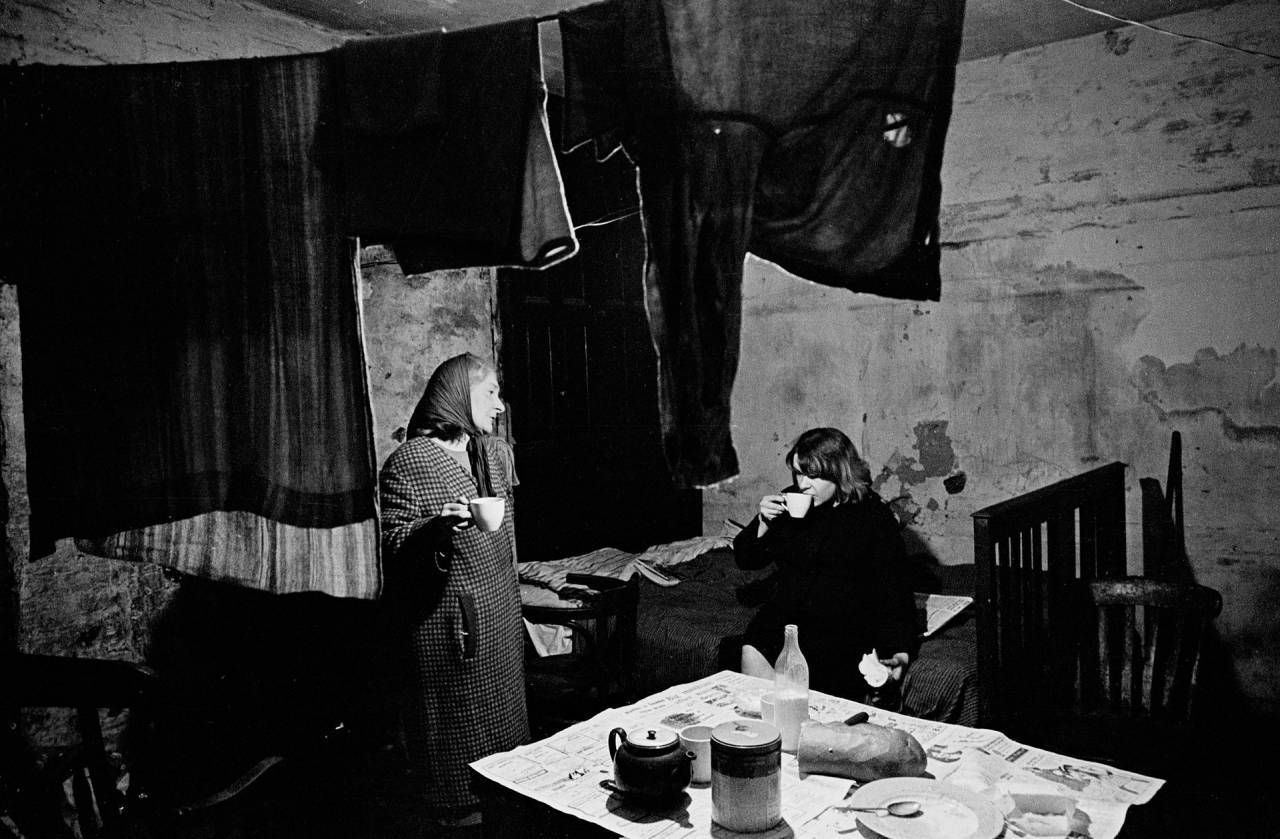 Liverpool, 1969 A mother and daughter in their cellar flat in Liverpool 8 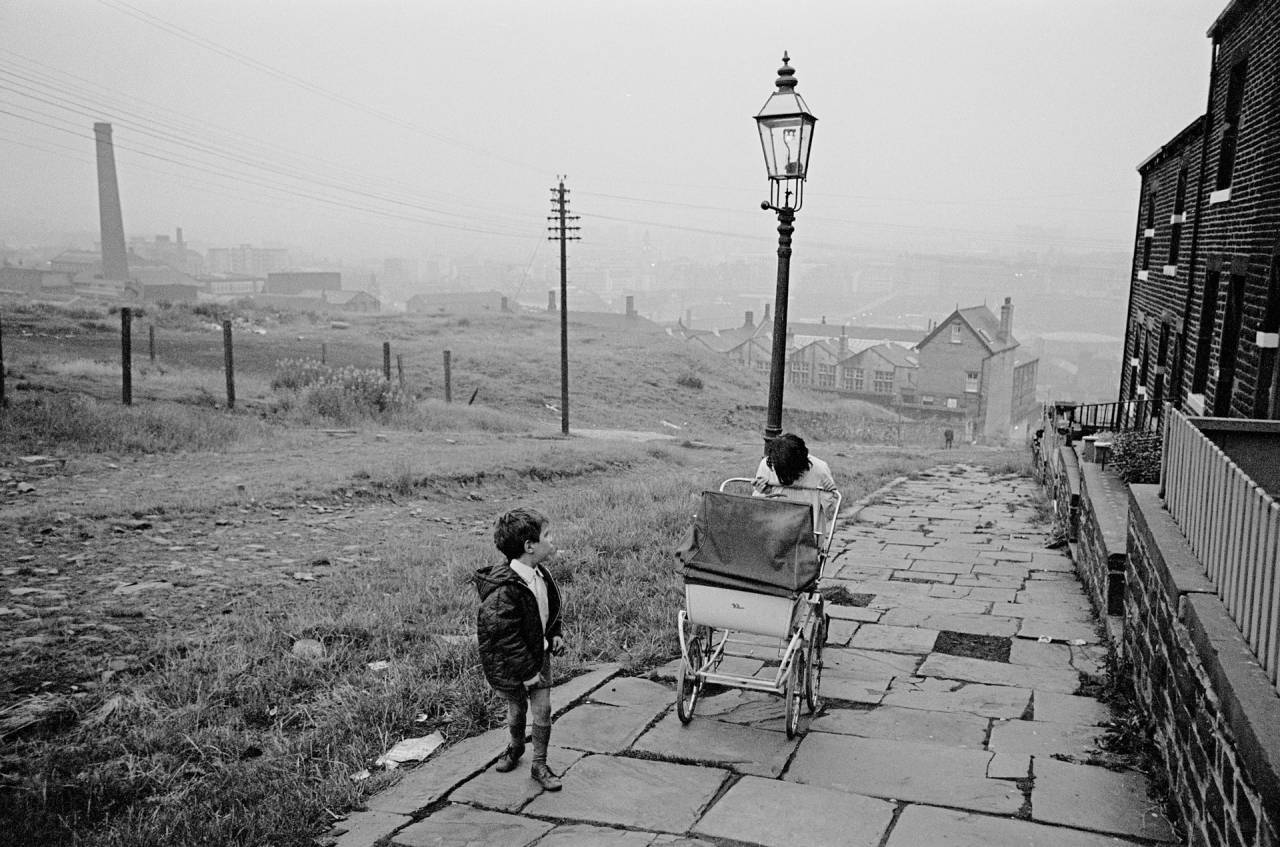 Bradford, 1970 Pushing a pram up an unadopted road 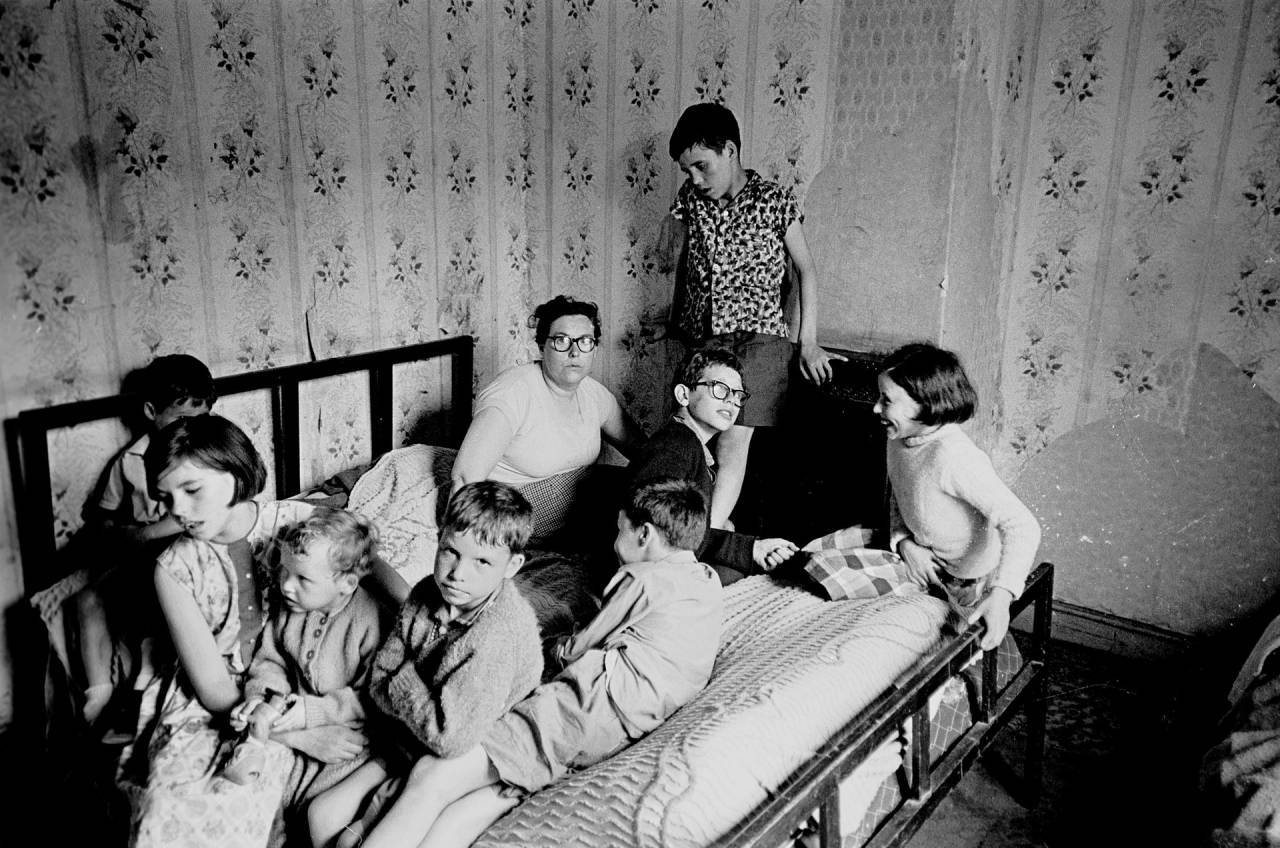 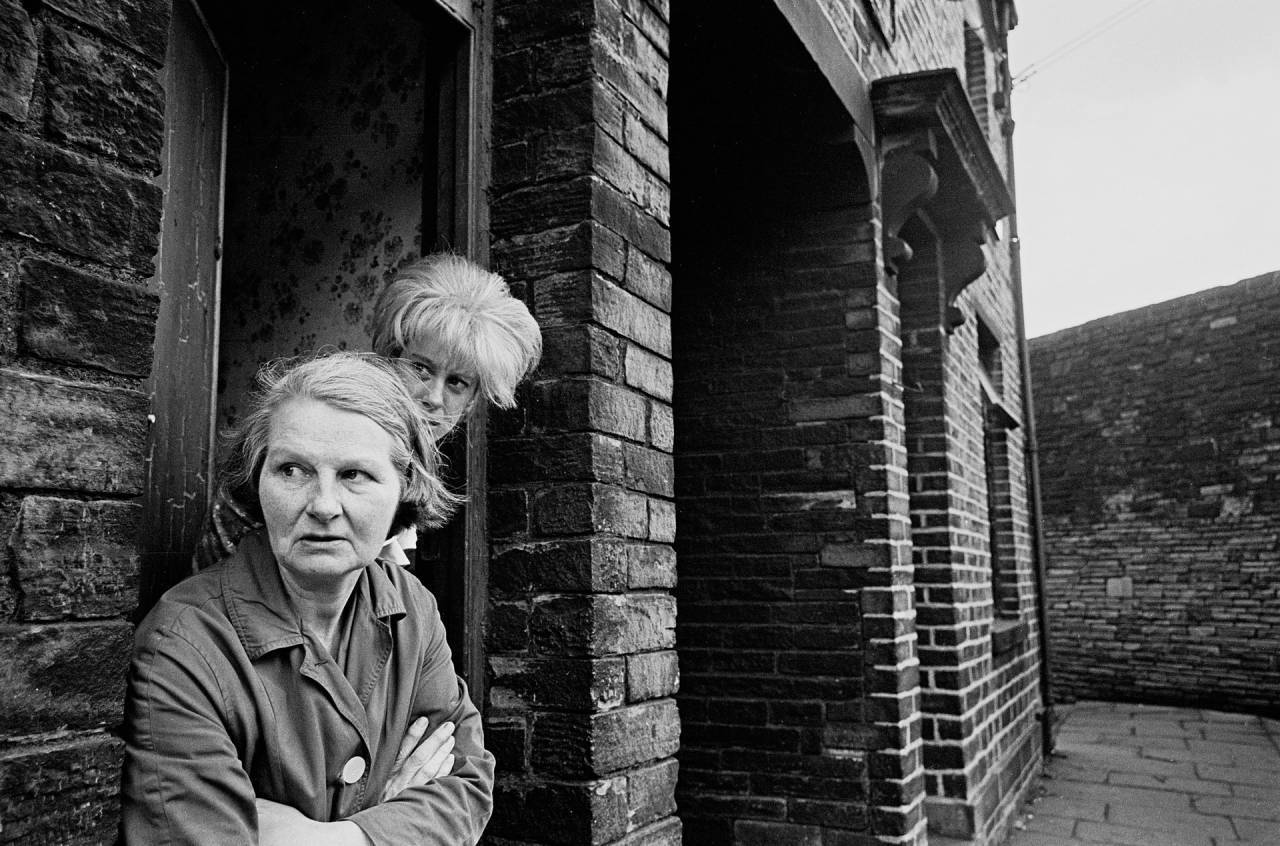 Bradford, 1969 A mother and daughter outside their slum terraced house 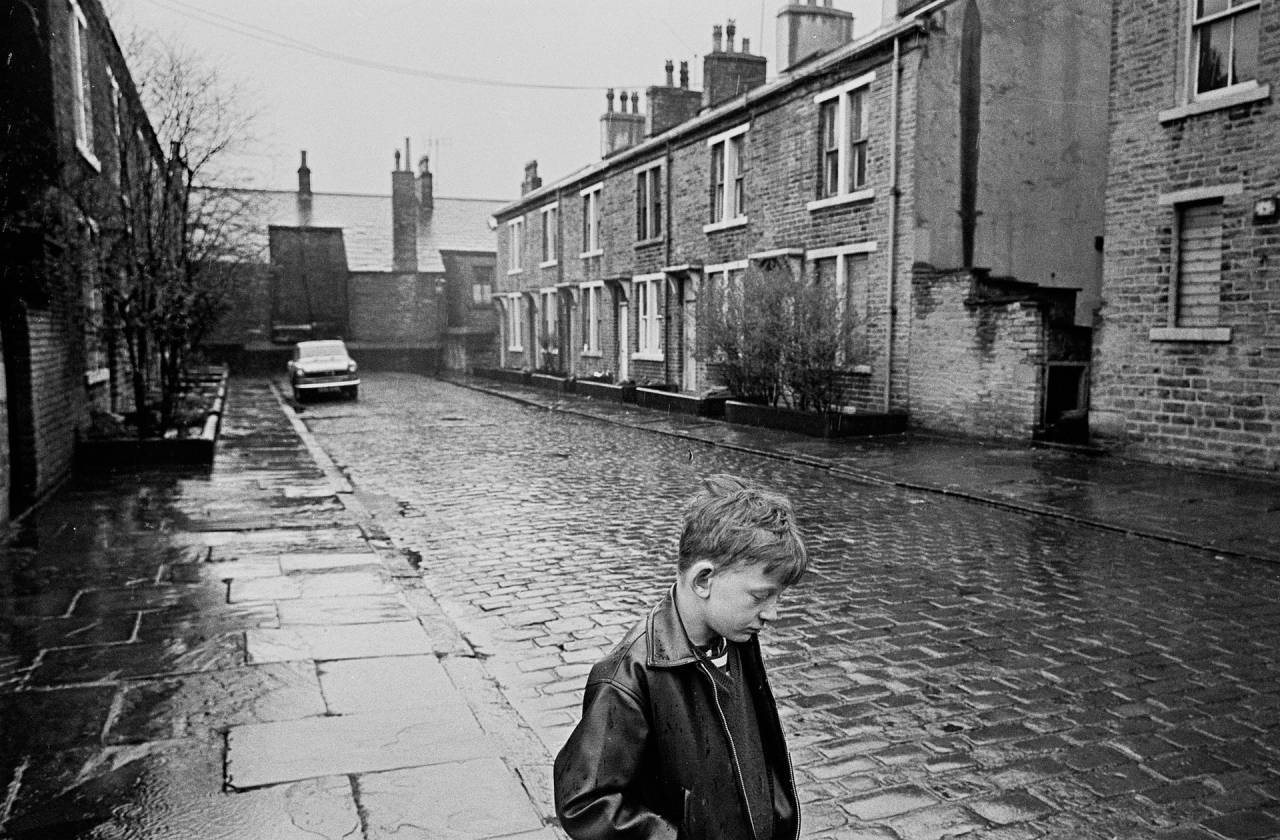 Bradford, 1969 A boy standing in the rain on Forster Steet 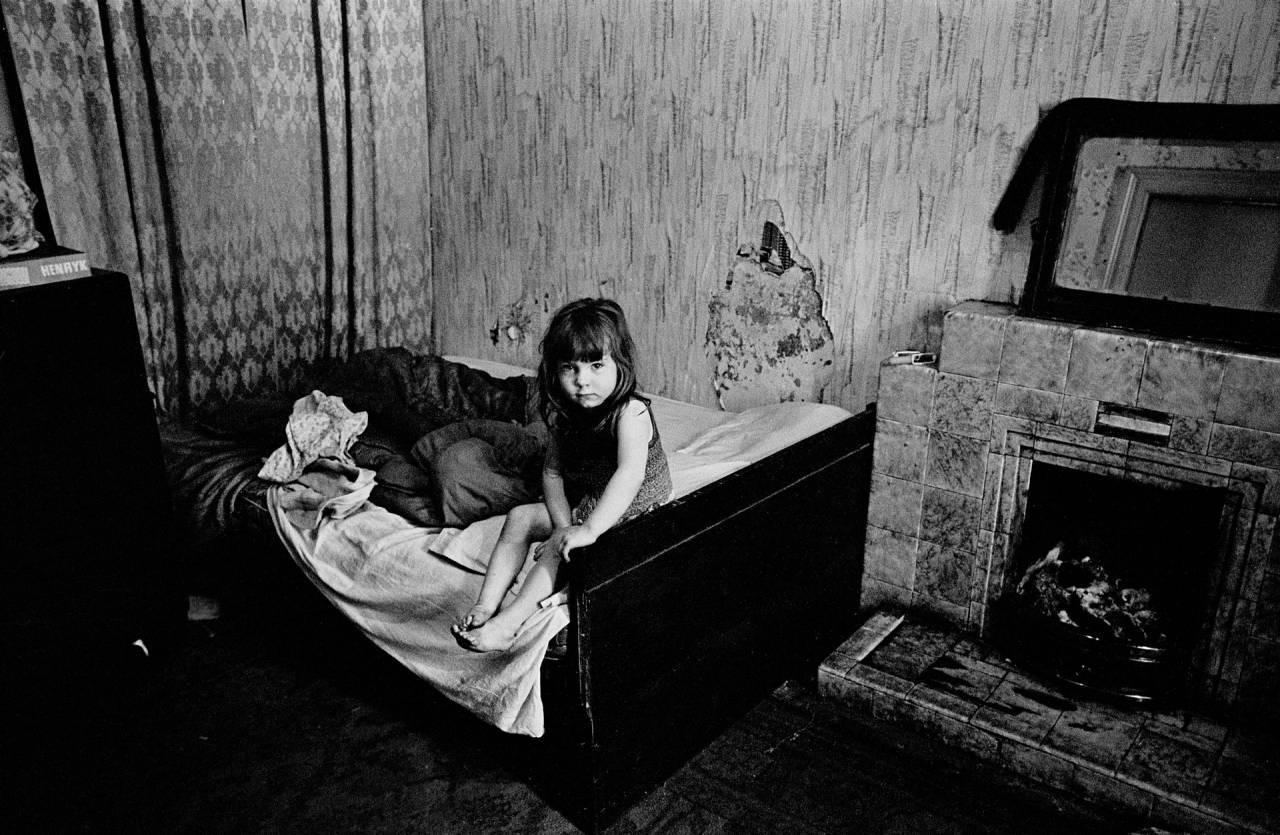 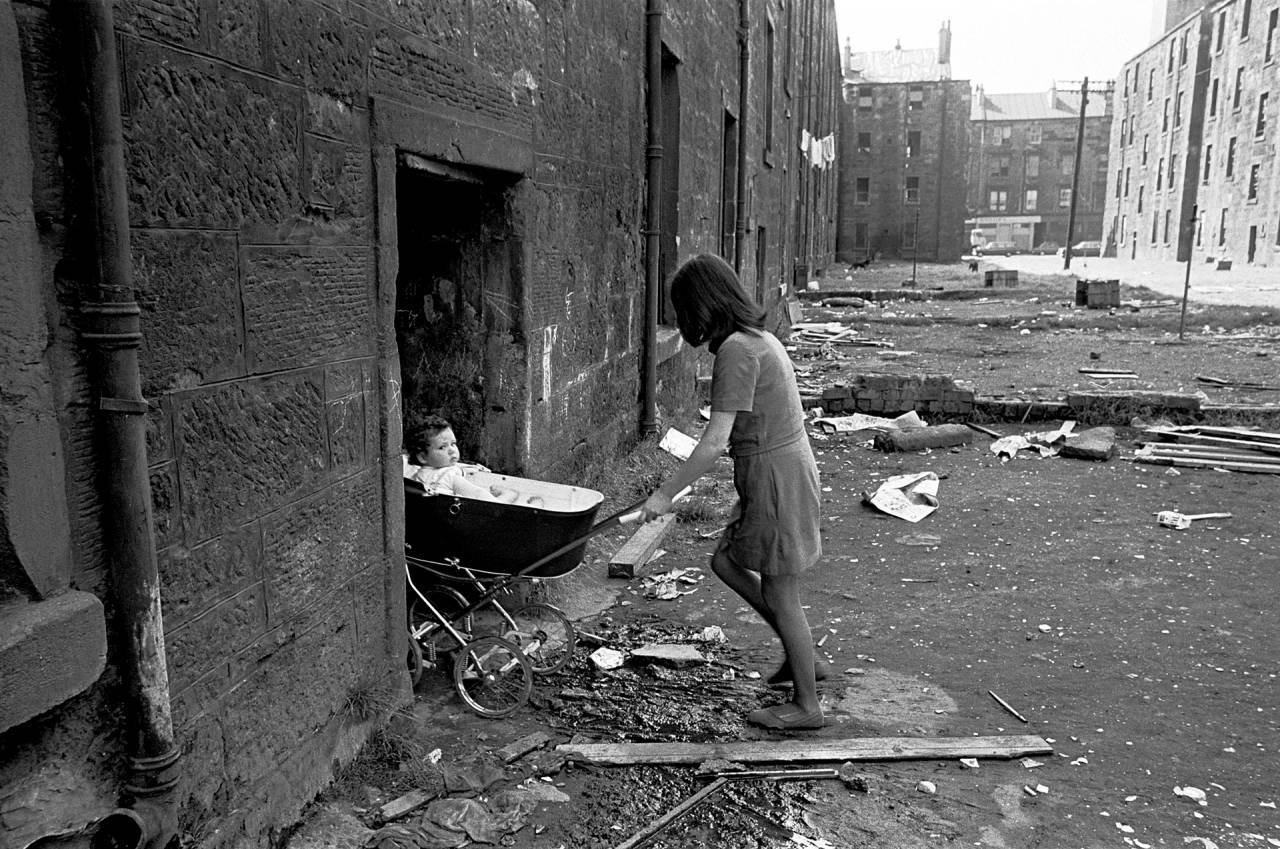 Glasgow, 1970 A mother takes her baby inside her condemned tenement block in the Gorbals 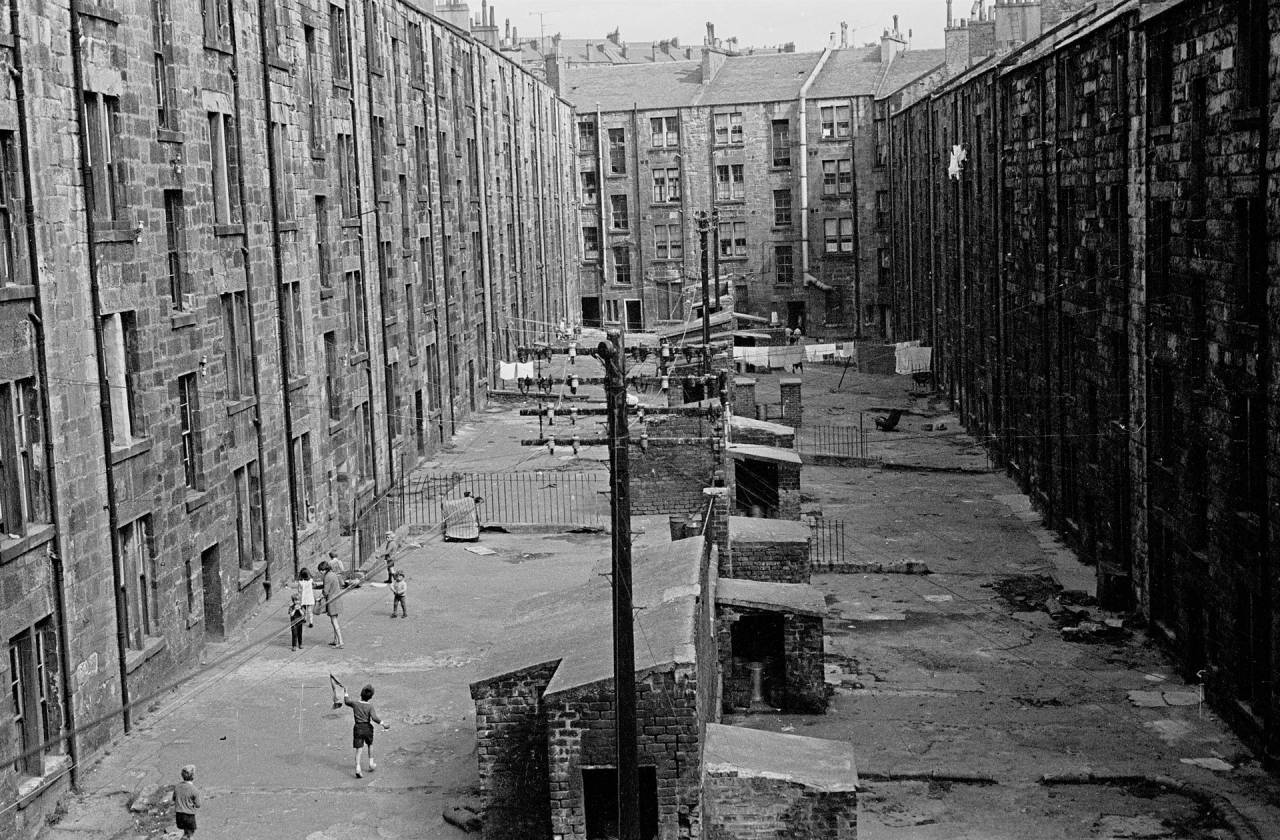 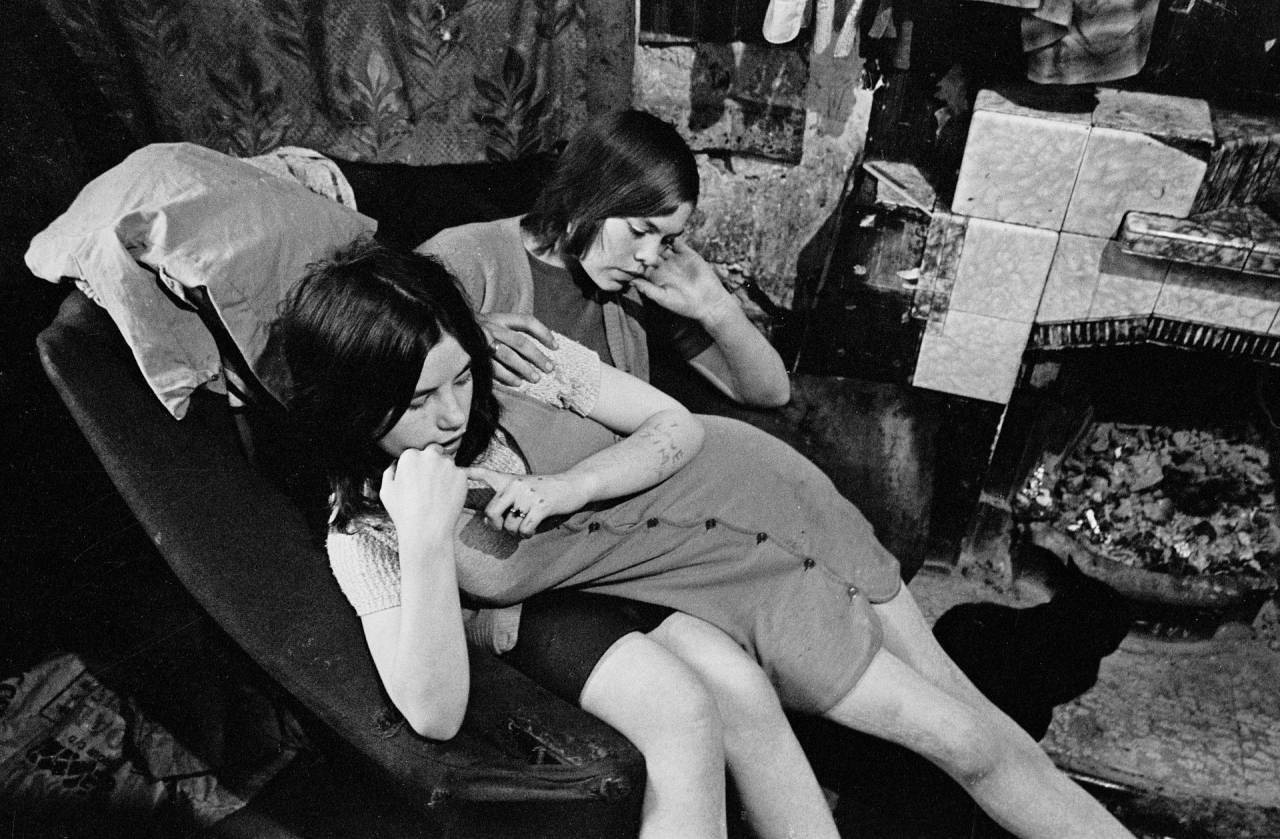 Glasgow, 1970 Sisters sharing a chair in a Gorbals slum tenement 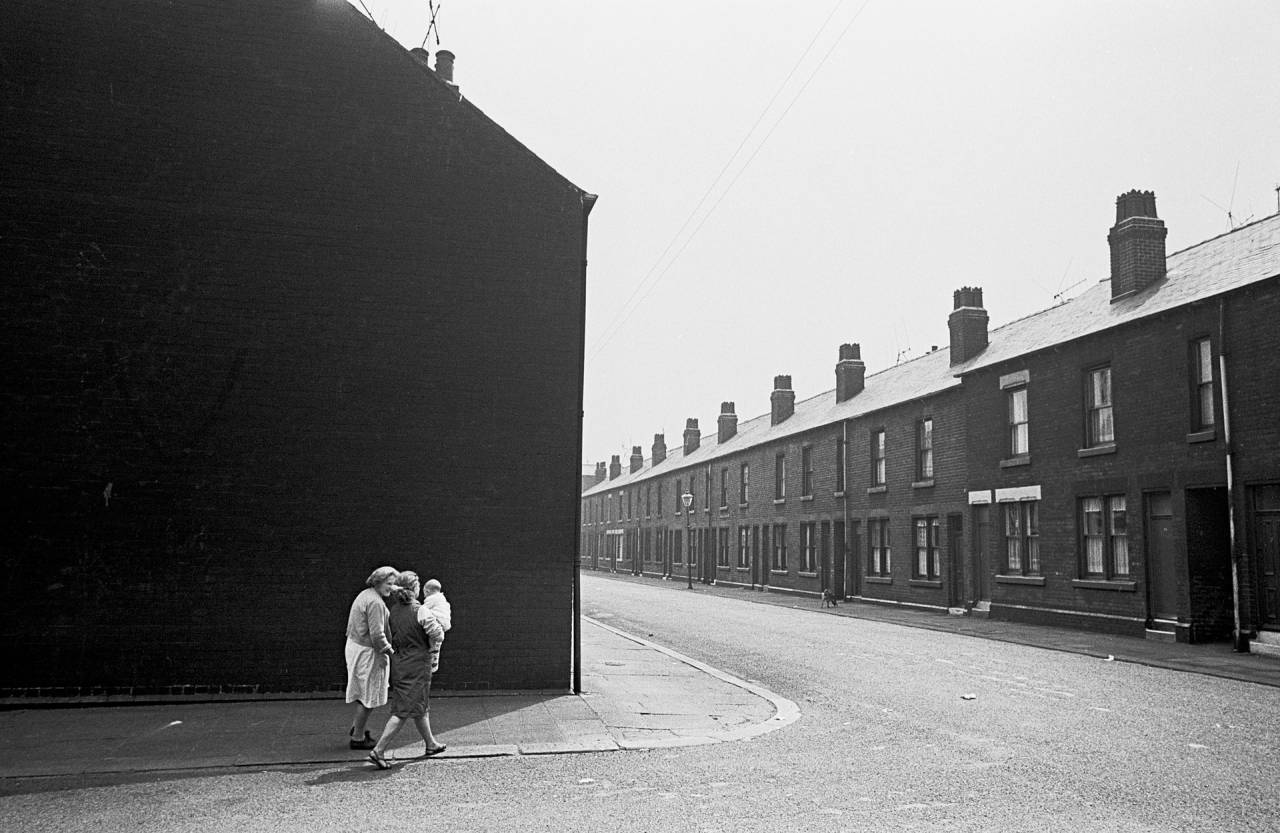 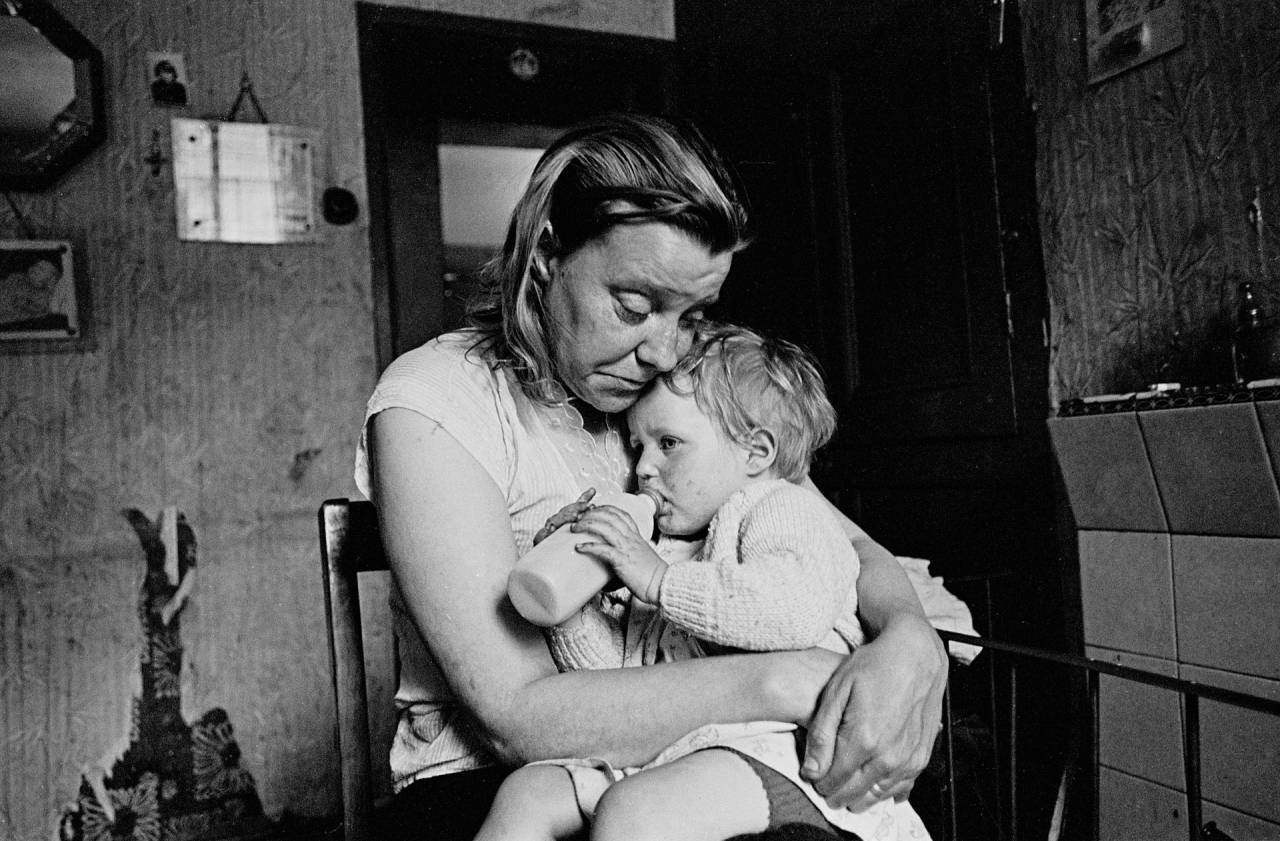 Sheffield, May 1969
Mrs Tandy cuddles the youngest of her five children. The family lived in a decaying terraced house owned by a steelworks. She had no gas, no electricity, no hot water, no bathroom. Her cooking was done on the fire in the living room 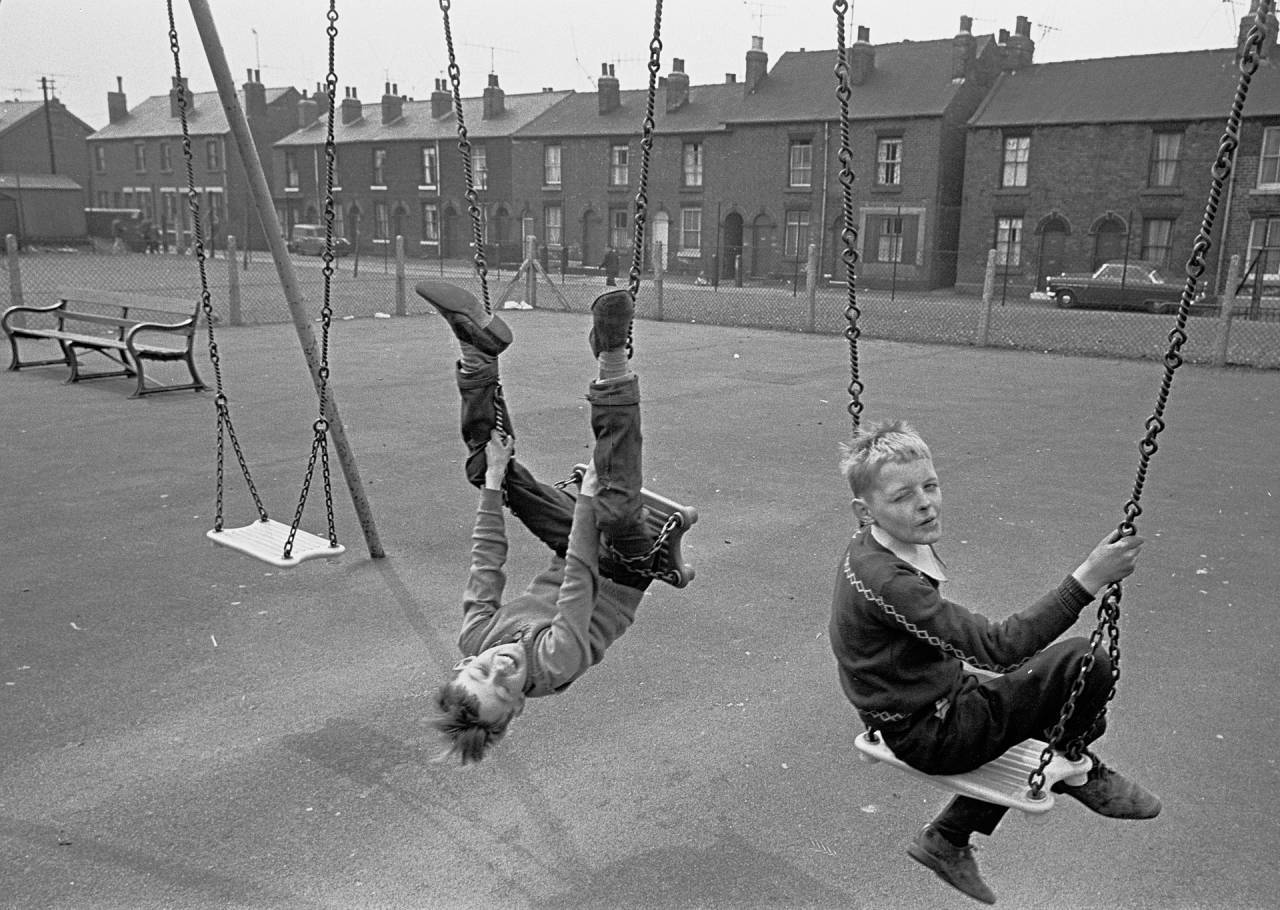