Fear City: A Survival Guide For Visitors to New York City was a pamphlet distributed to arrivals at New York City’s airports in June 1975. The second paragraph was choice:

Mayor Beame is going to discharge substantial numbers of firefighters and law enforcement officers of all kinds. By the time you read this, the number of public safety personnel available to protect residents and visitors may already have been still further reduced. Under those circumstances, the best advice we can give you is this: Until things change, stay away from New York City if you possibly can.

Created by the Council for Public Safety, the advice was to never leave mid-Town, stay in after 6pm, carry your keys between your fingers and be ready for fight or flight. 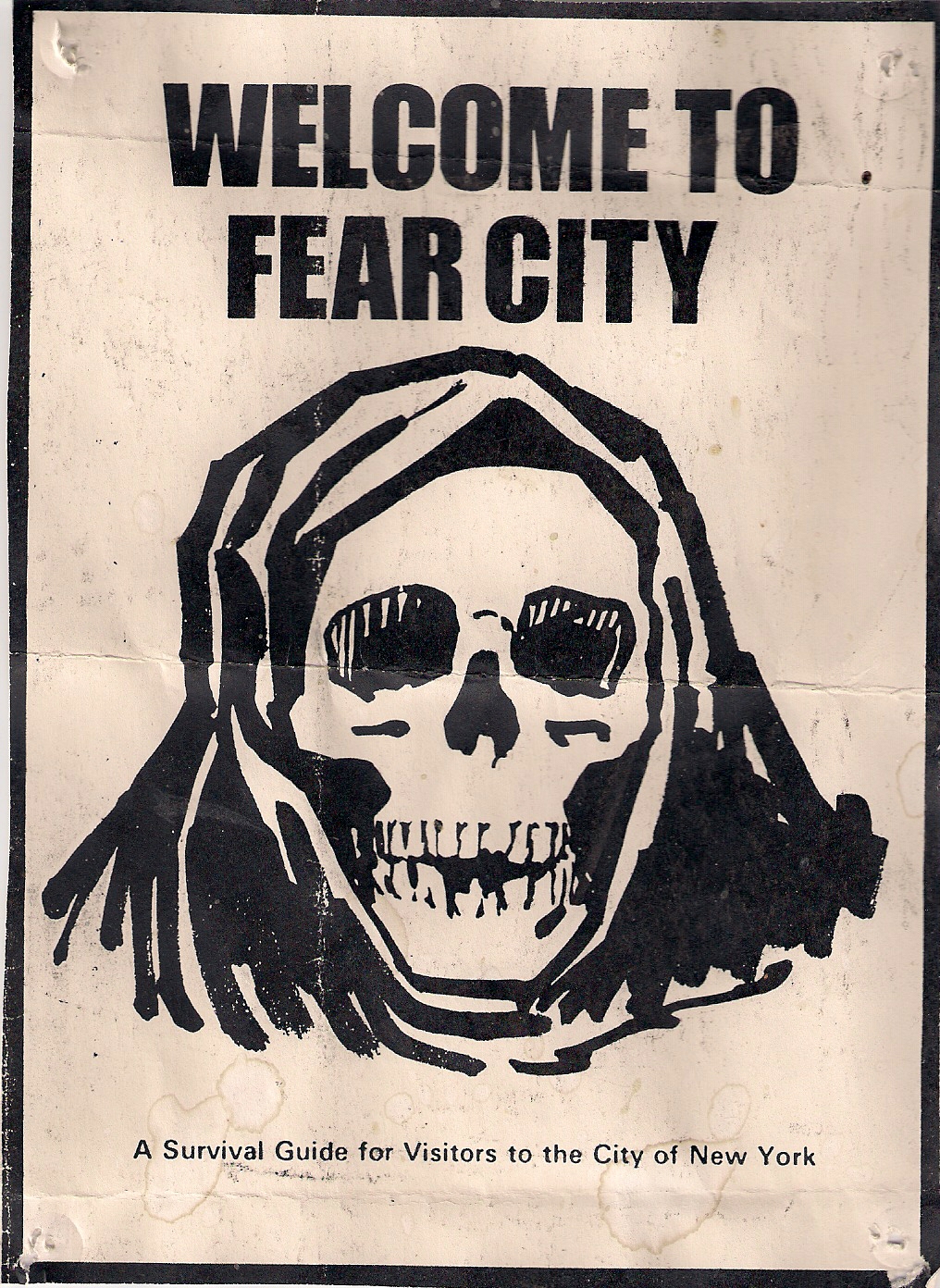 For the second time in as many days, unions representing policemen, firemen and other public‐safety officers won affirmation in court yesterday of their constitutional right to pass out “Fear City” leaflets at transportation terminals, hotels and shopping districts.

The unions, however, faced with mounting criticism of their tactics in attempting to pressure the Beame administration to rescind planned layoffs of 10,962 uniformed officers, continued to hold in abeyance distribution of the black‐bordered, skull‐emblazoned pamphlets warning tourists to stay out of New York because of rampant crime and inadequate fire protection.

The Council for Public Safety, an amalgam of 24 unions with 80.000 members serving in the uniformed services, received a sharp setback when a prominent businessmen’s organization likened the council’s “Fear City” campaign to “burning down the factory in a labor dispute.” 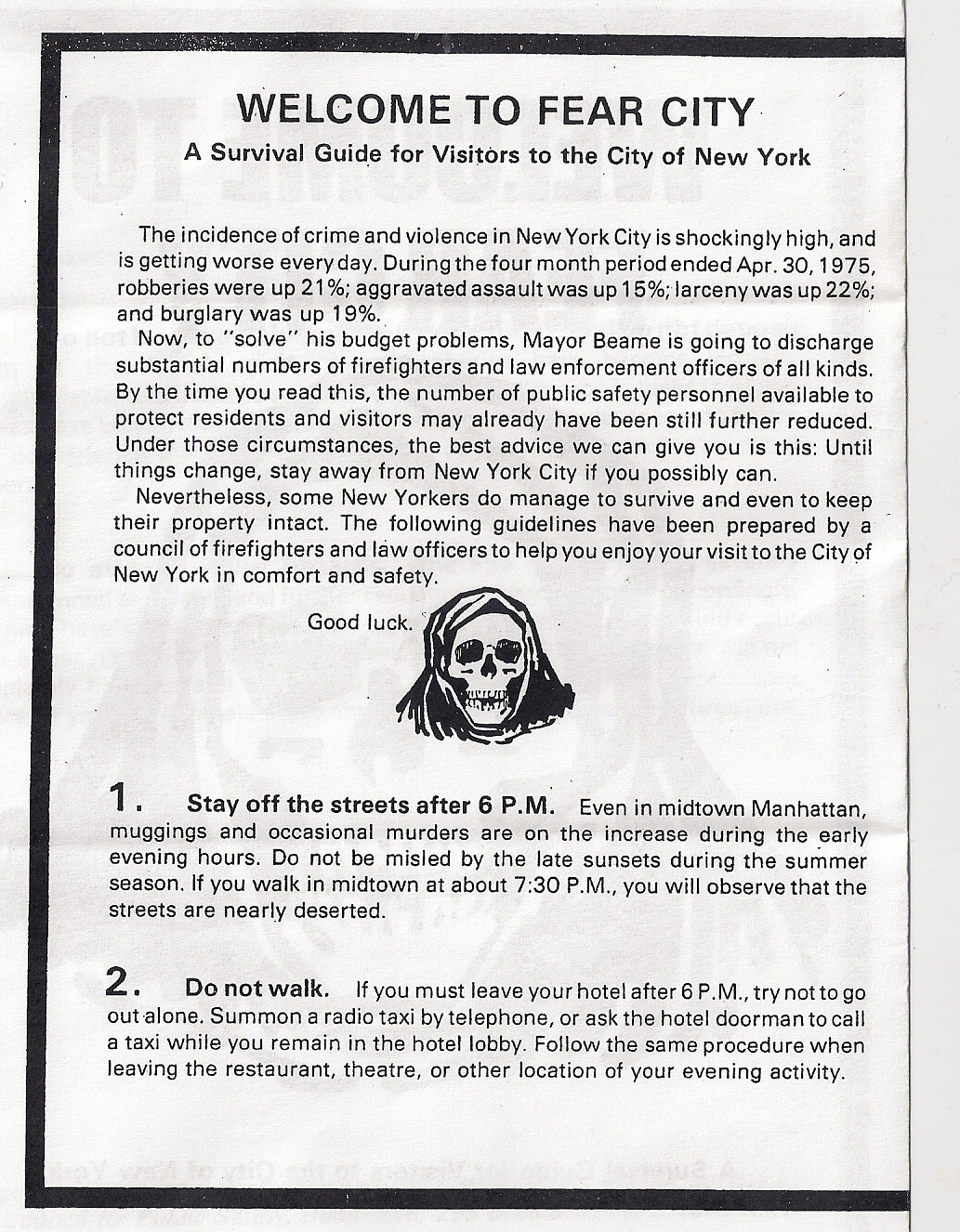 Was New York City really so bad? No t always. Not for everyone. Photographs from NYC in the 1970s attest to tough times in the city where the Big Economy broke but a place possessed of vigour, style, daring , wit, raunch, spectacular, street performance, grind, aspiration , the peculiar, fun and money. 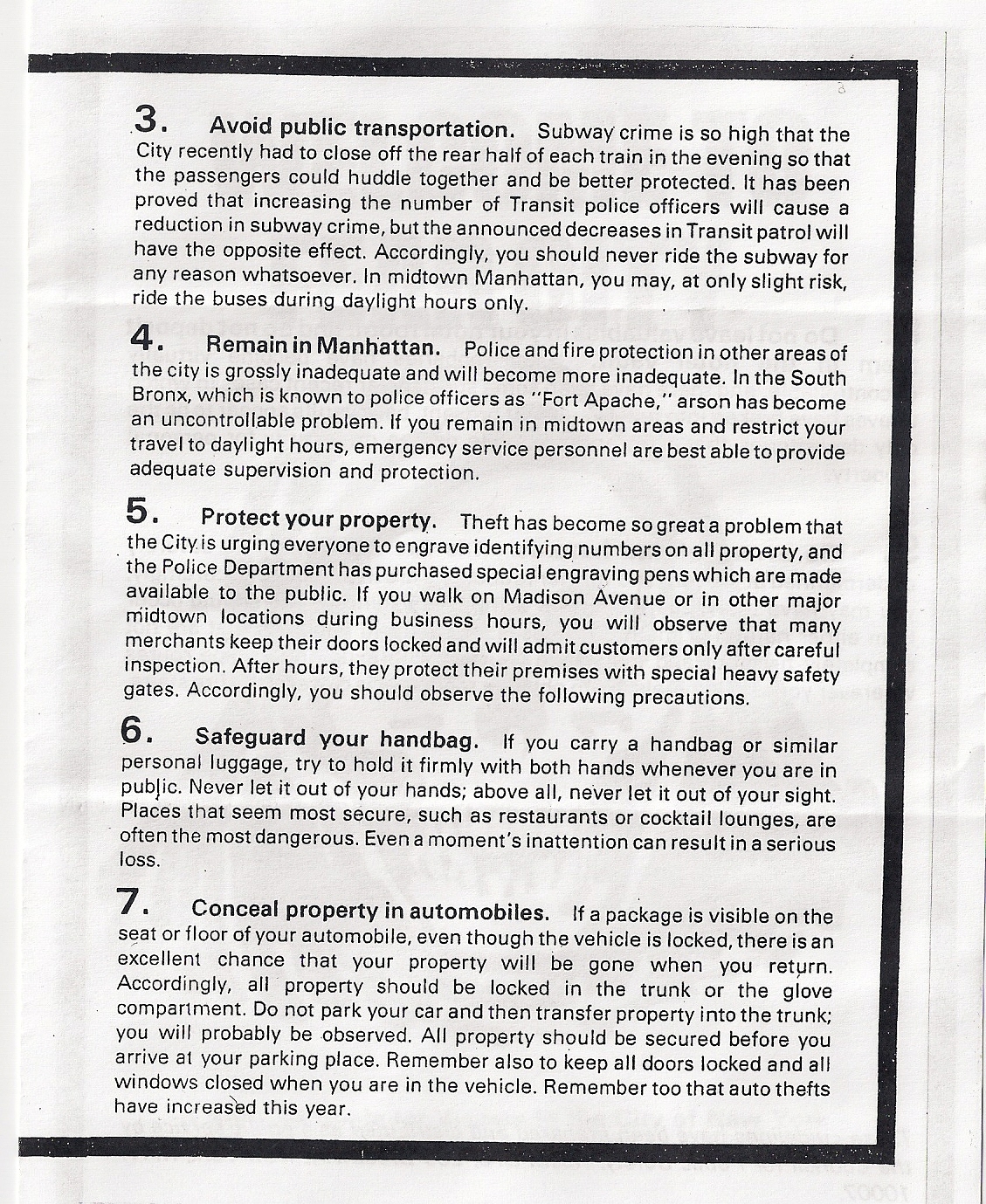 Stabbings, robberies, muggings, graffiti, arson and rape began to strike a wider and wider portion of the population. Burglaries made people feel vulnerable, even in their once-safe homes and apartments. It wasn’t just the reality of crime and sense of broadening disorder that hurt. It was the raw fear and perception of vulnerability that seeped into every interaction of daily life….
– The Ungovernable City by Vincent J Cannato 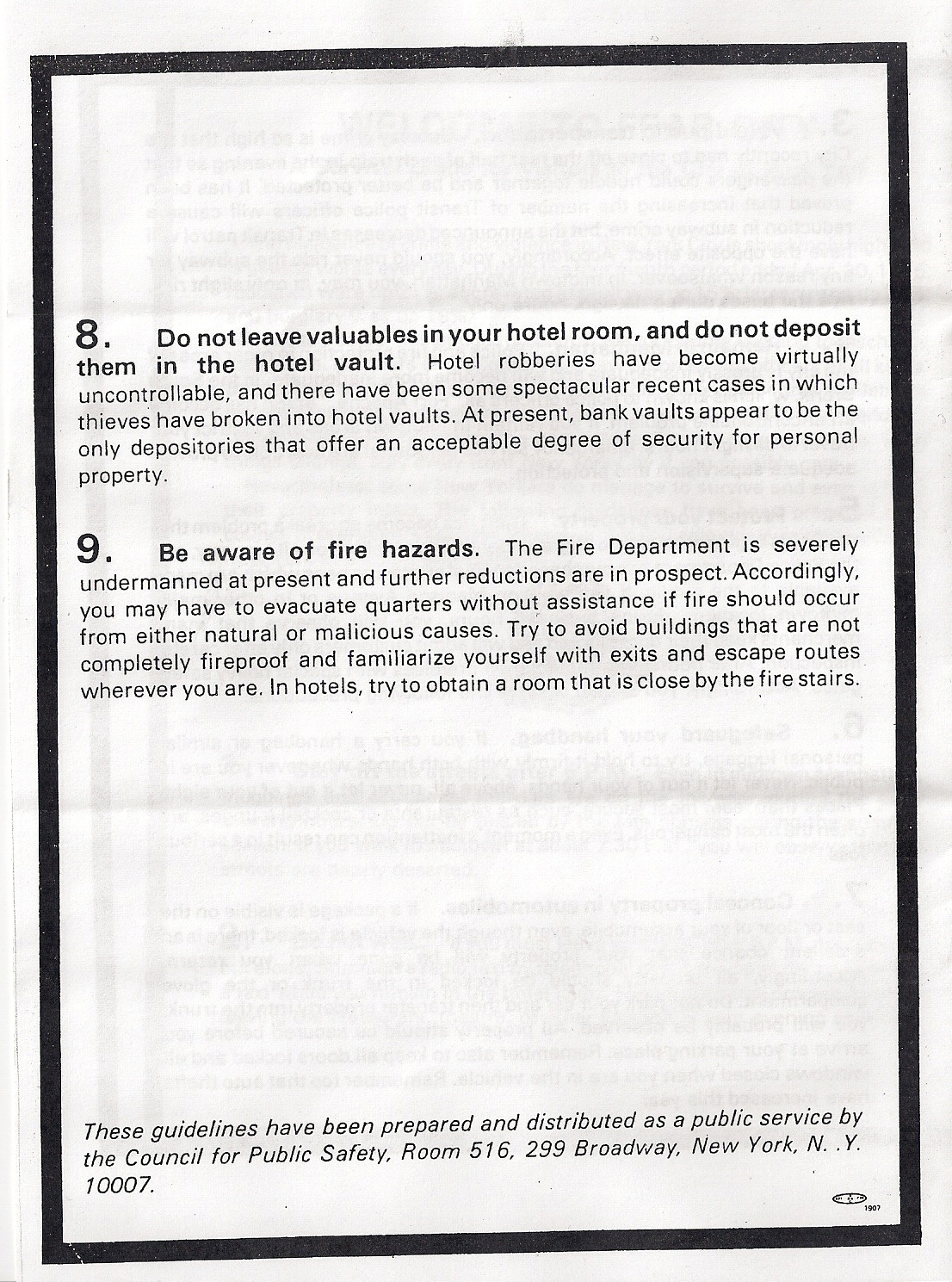 Who wrote the text and designed the ghoulish cover? Anyone know?