“New York is unsentimental. It pushes and pulls, attracts and repels. The only constant is change.” So writes James Panero in a forward to Bushwick Chronicle, an exhibition of Meryl Meisler’s photographs of Bushwick, New York, at Stout Projects, Brooklyn. “Bushwick has evolved as an artistic center almost entirely apart from mainstream New York, with a culture that has embraced studio experimentation, do-it-yourself independence, and communal interaction.”

The place epitomises the old New York way before art became about celebrity endorsements and packaging. 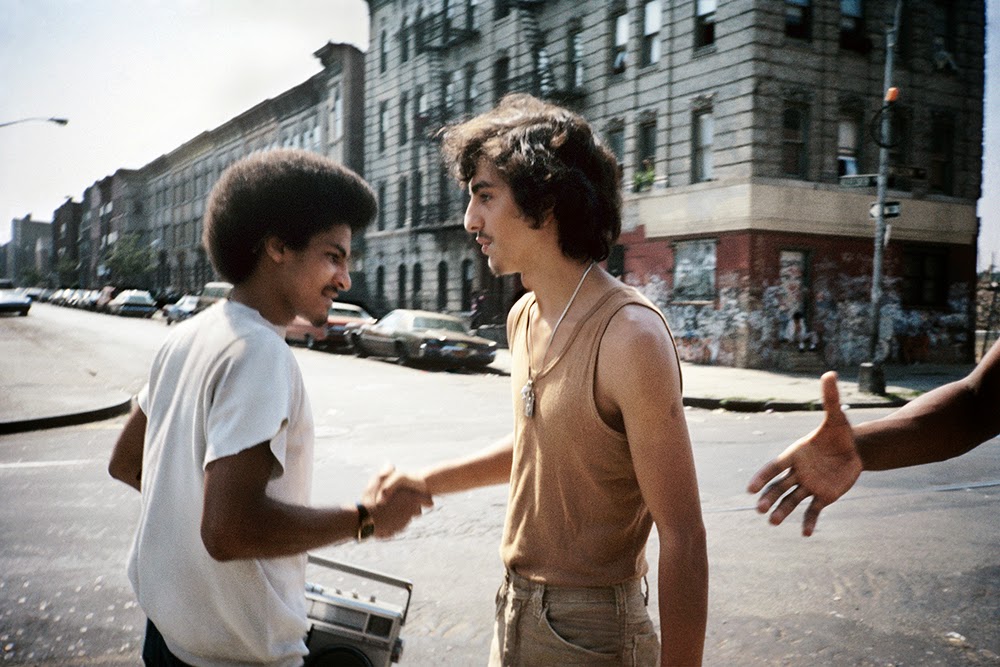 In December 1981 Meryl took a train from Manhattan to Bushwick, Brooklyn, to interview for a teaching job at Intermediate School 291. Less than wowed by the location – “They must have killed the other art teacher,” she thought on leaving the Subway and looking around – Meryl was offered the job. She took it and chose to remain, working at I.S. 291 on Palmetto Street from December 1981 to June 1992, and then teaching at the Rosa T. Weatherless Alternative School on Bushwick Avenue.

“When I went to the Manhattan Discos, I wasn’t even teaching yet. I was photographing and part of the Disco scene from 1977-79. I started teaching in Bushwick December of 1981. Friends and family were generally surprised when they first saw my photos of Bushwick from the 80s. They generally knew I taught in a ‘tough’ neighborhood, but I guess I didn’t dwell on it. It was my job. Same thing with the club scene, this work was never seen before. My friends and family are equally surprised. Some didn’t even realize I was into the disco scene.” 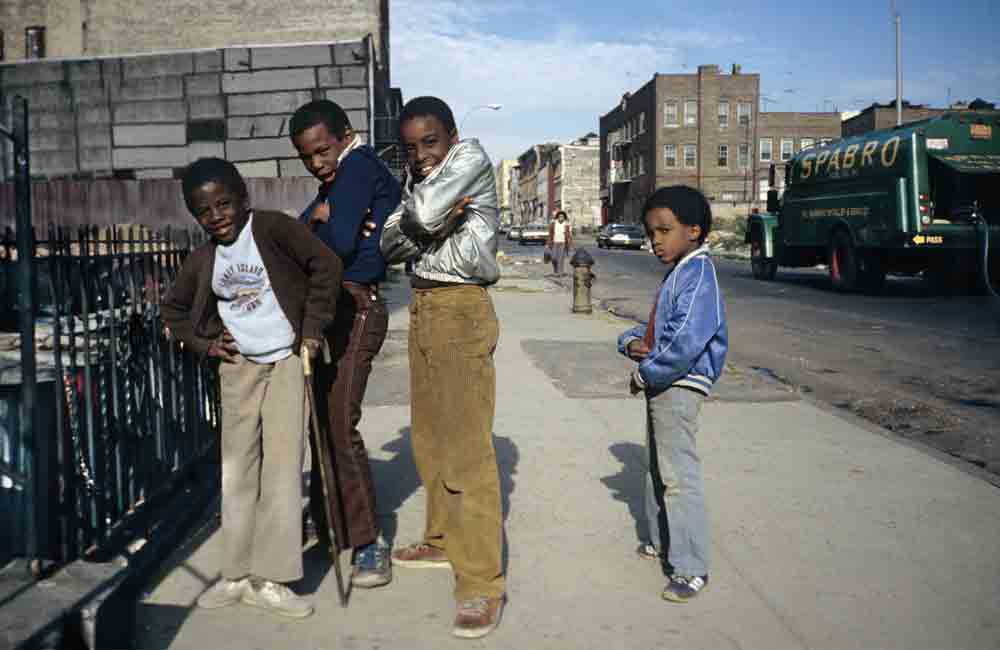 I.S. 291 was one of the few functioning structures on the block and felt like a hybrid: part school, part shelter, part prison. It was bewildering: kids trying to learn and enjoy day–to–day childhood life in the midst of chaos and despair; amazing teachers whose sense of duty provided structure and purpose within the cinderblock fortress of a shattered neighborhood.

To me, the natural light of the area was so beautiful, the kids were kids, and the vacant buildings practically whispered stories. I stayed, and taught in Bushwick from 1981 to 1994. It was never boring. Walking to and from the subway each day was an adventure. There was no telling who would be hanging out or what would show up on the street or in a rubble–strewn lot. I took pictures in my mind, but wasn’t so quick to bring a camera because the previous year, on the last day of school, an intruder to my Lower East Side classroom threatened to shoot if I didn’t hand over my beloved Norita Graflex. 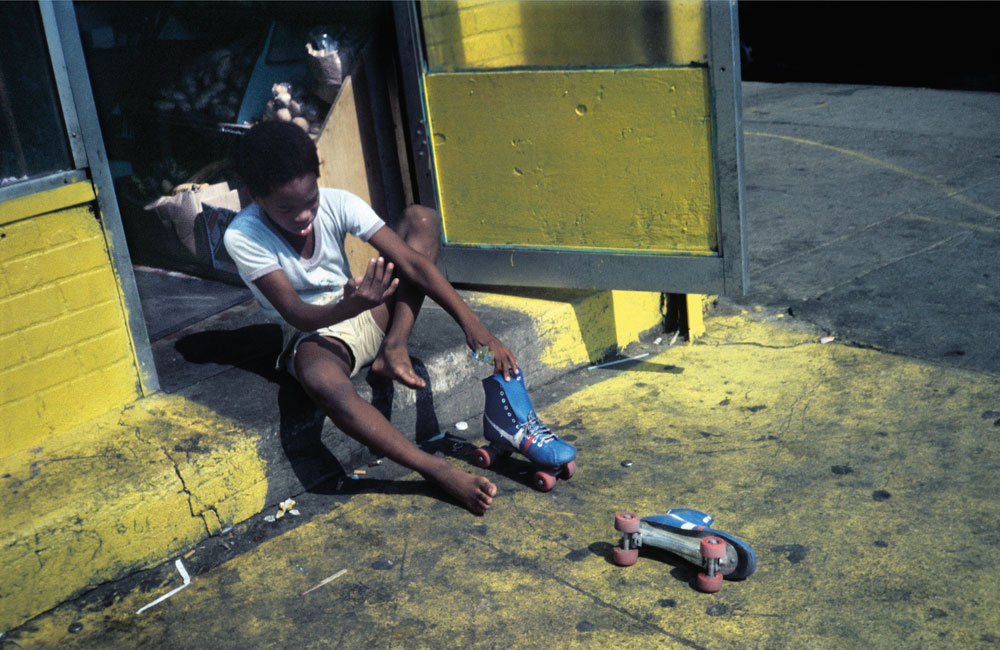 But by February 1982, I could no longer resist, and began carrying an inexpensive plastic point–and–shoot with cheap transparency film developed in the least costly way. My route was rhythmic and limited: in the morning I the subway or my parked car, discovering that each street had its own distinct ambiance and stories to tell. My classroom was windowless, but if subbing in a room with a view, I took the little camera. The images are like winks, quick sketches of the people and places in this small section of Central Bushwick during a desperate decade. Some of the people were kids I knew from school, but most were strangers I encountered and politely asked permission from. The buildings always stood waiting for their portraits, never knowing when they could stand no more. 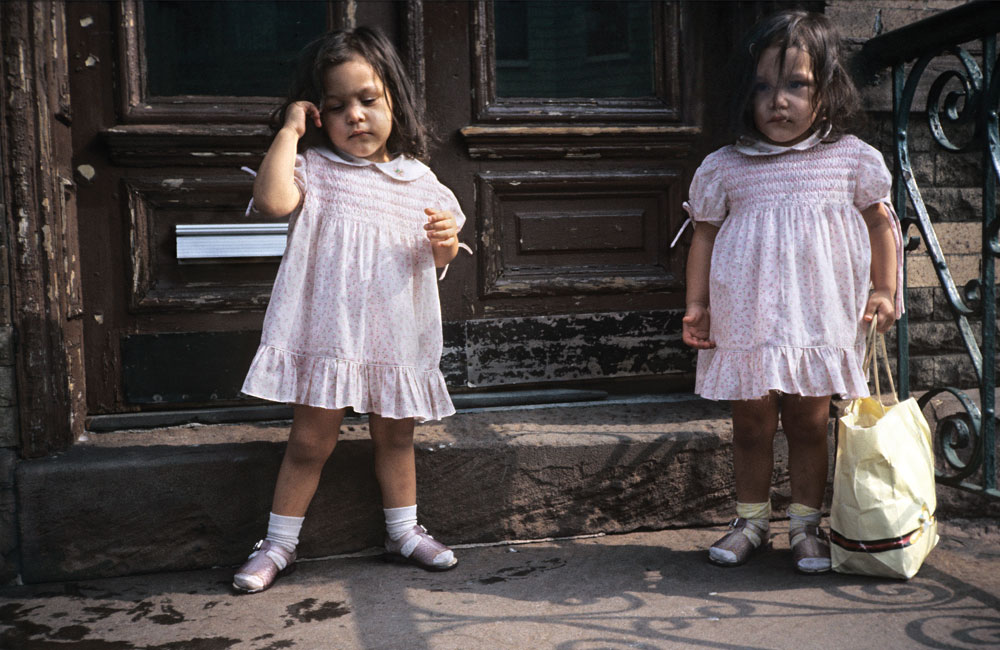 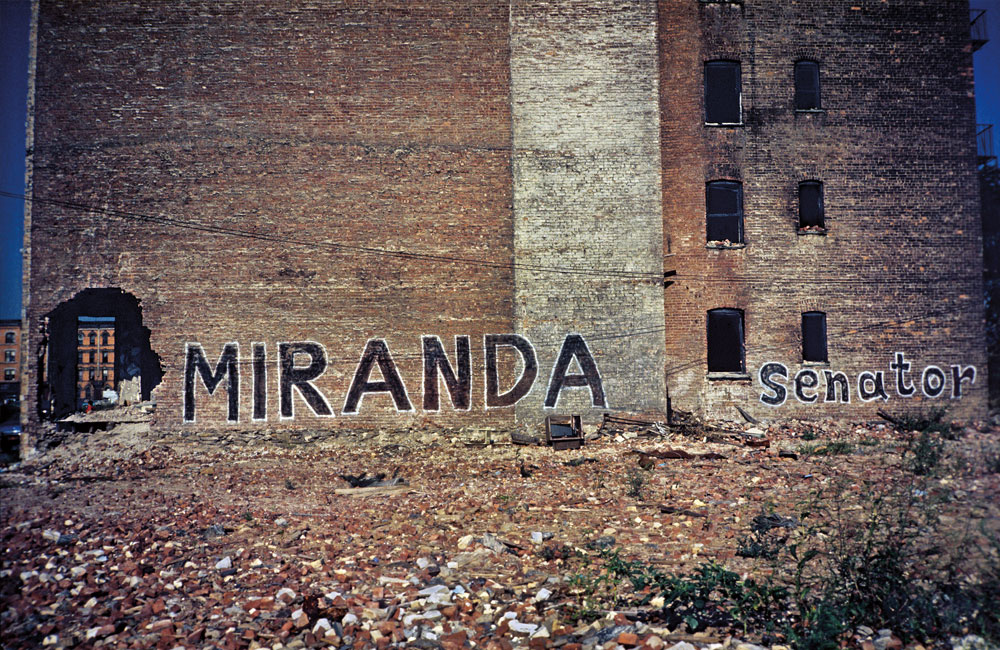 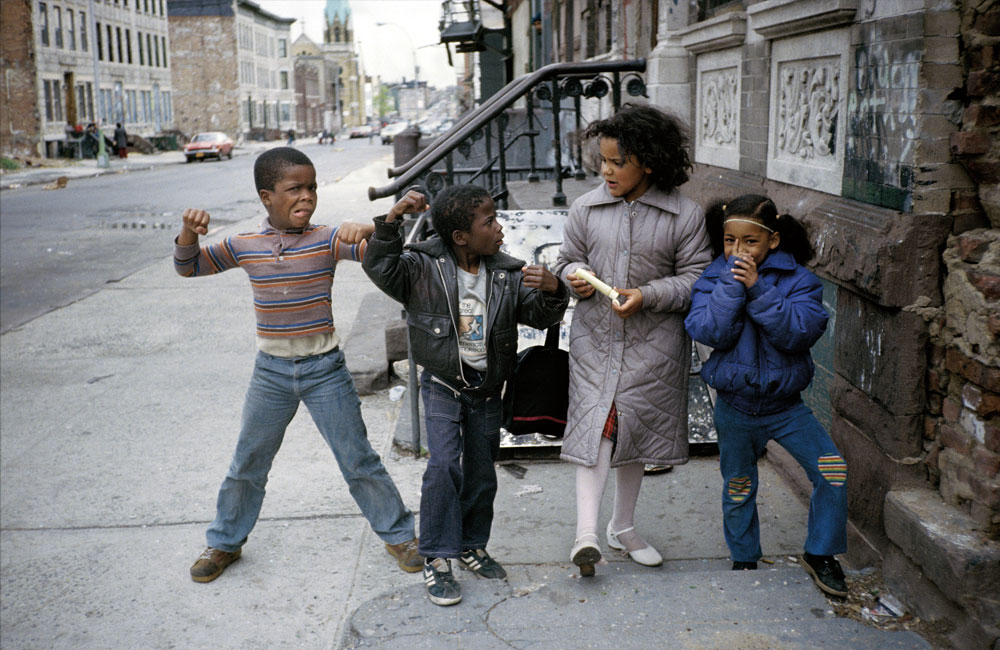 Muscle Boy and The Little Rascals of Palmetto Street. Bushwick, May 1982.

For a short time in the long history of this neighborhood, Bushwick, Brooklyn became a place for artists to live, work, and exhibit together. Emerging after the 2008 recession on the periphery of the city’s cultural center, the arts of Bushwick came to be identified with self-creation: a sudden flowering nurtured by a network of self-made institutions, from apartment galleries to non-profit collaborations. Just as in Montparnasse a century ago, no one style dominated the neighborhood’s artistic scene. Instead a spirit of collaboration and DIY experimentation defined it.

As with other historical arts neighborhoods, from Montmartre to Tenth Street, Bushwick will one day cease to be a place of artistic relevance – not necessarily as artists are pushed out, but as non-artists push in. History is often lost in such transitions, which is why the Bushwick community now rightly regards documentation as among its important, lasting self-creations. 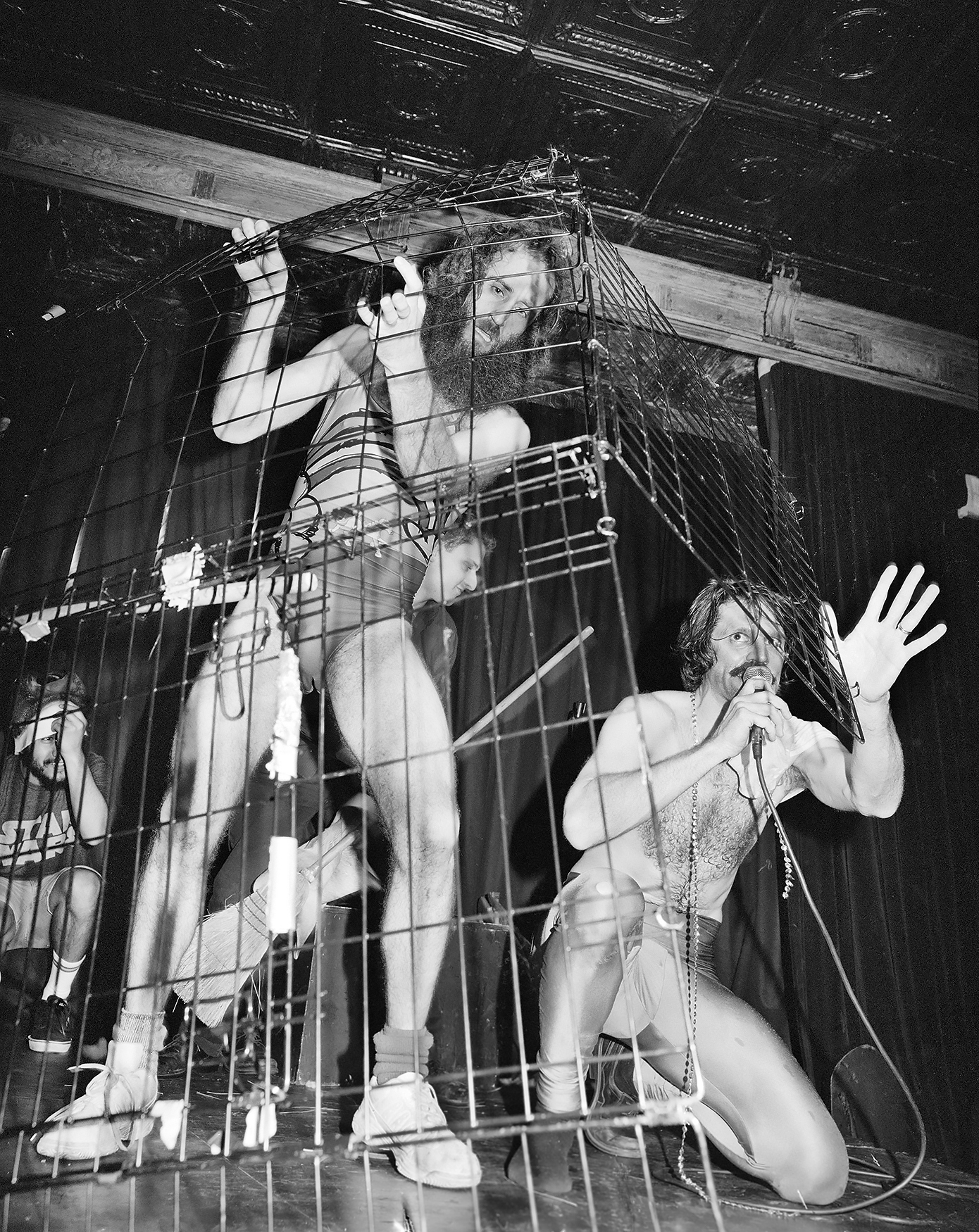 The picture above and the images that follow are of Bushwick 2015-16. The first three below are by Gregory Babeau. The rest are by Meryl, who continues to document Bushwick today. 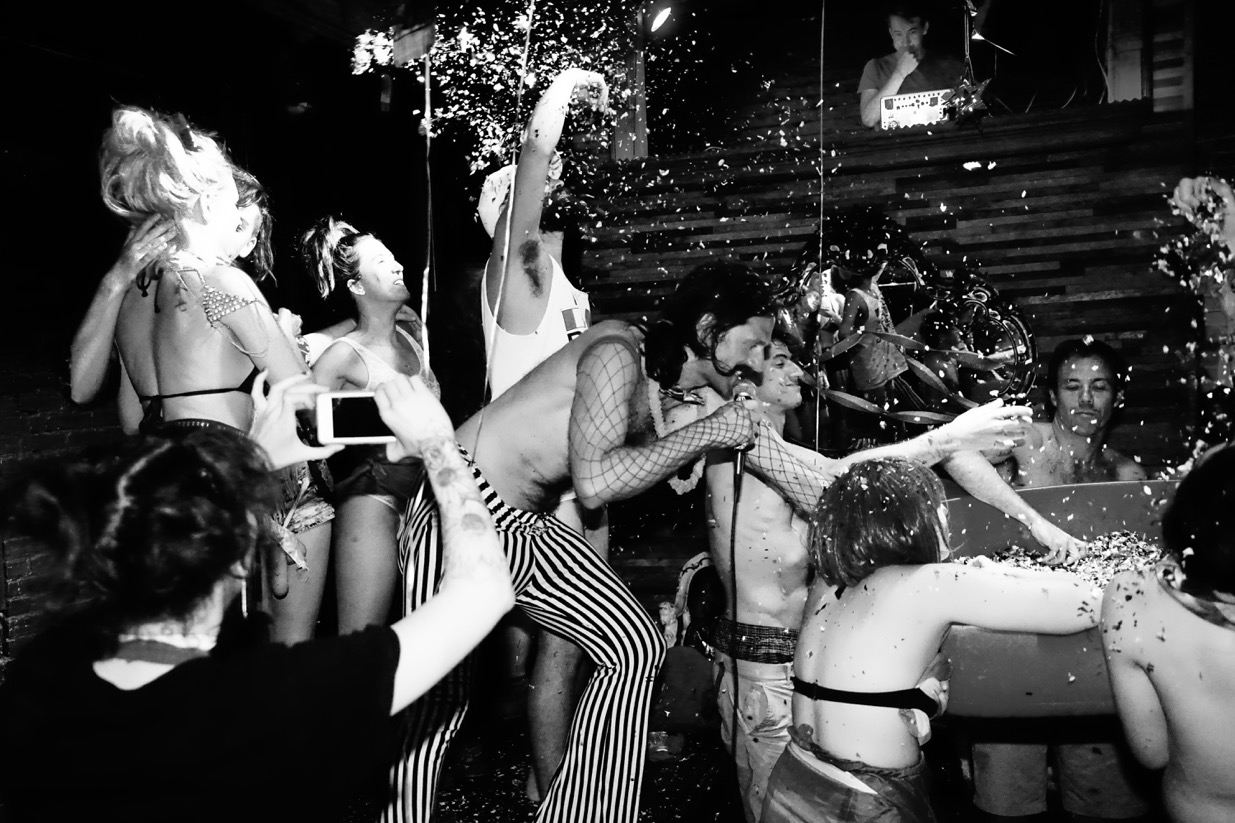 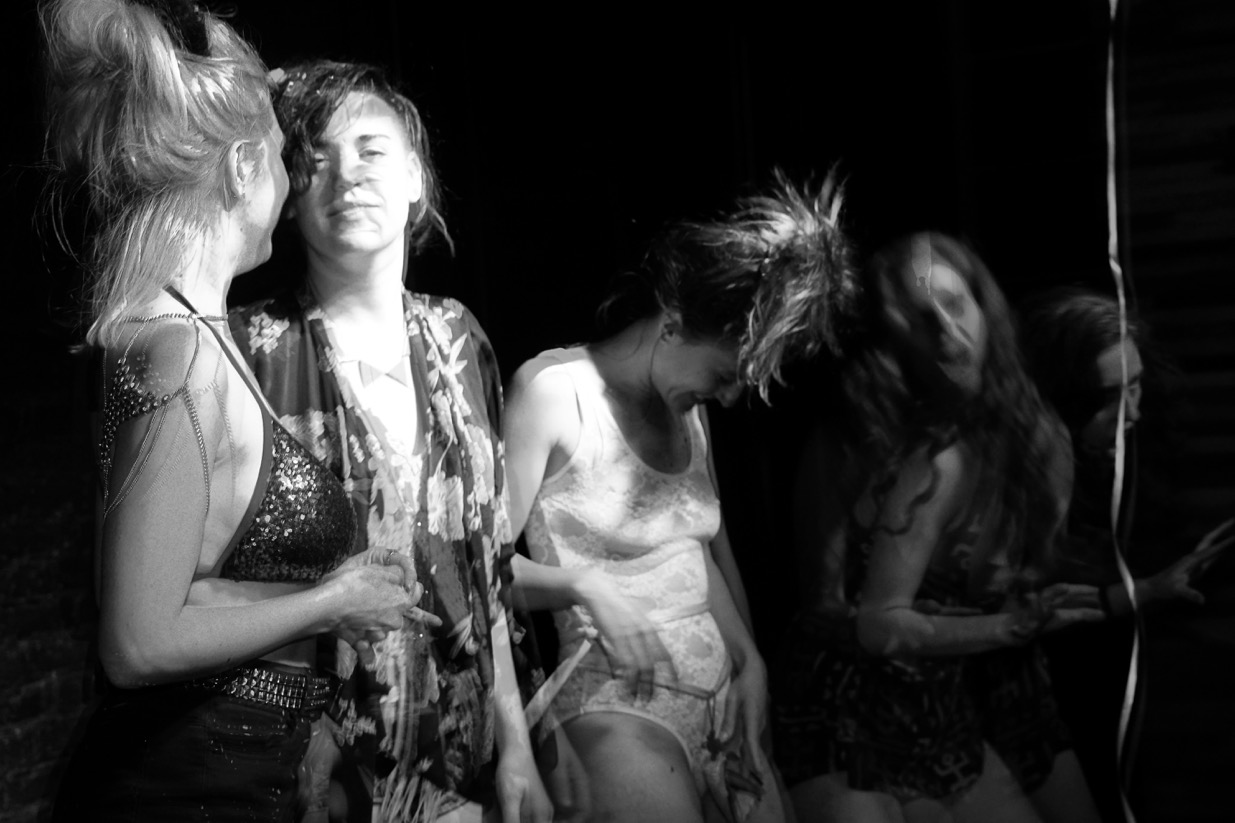 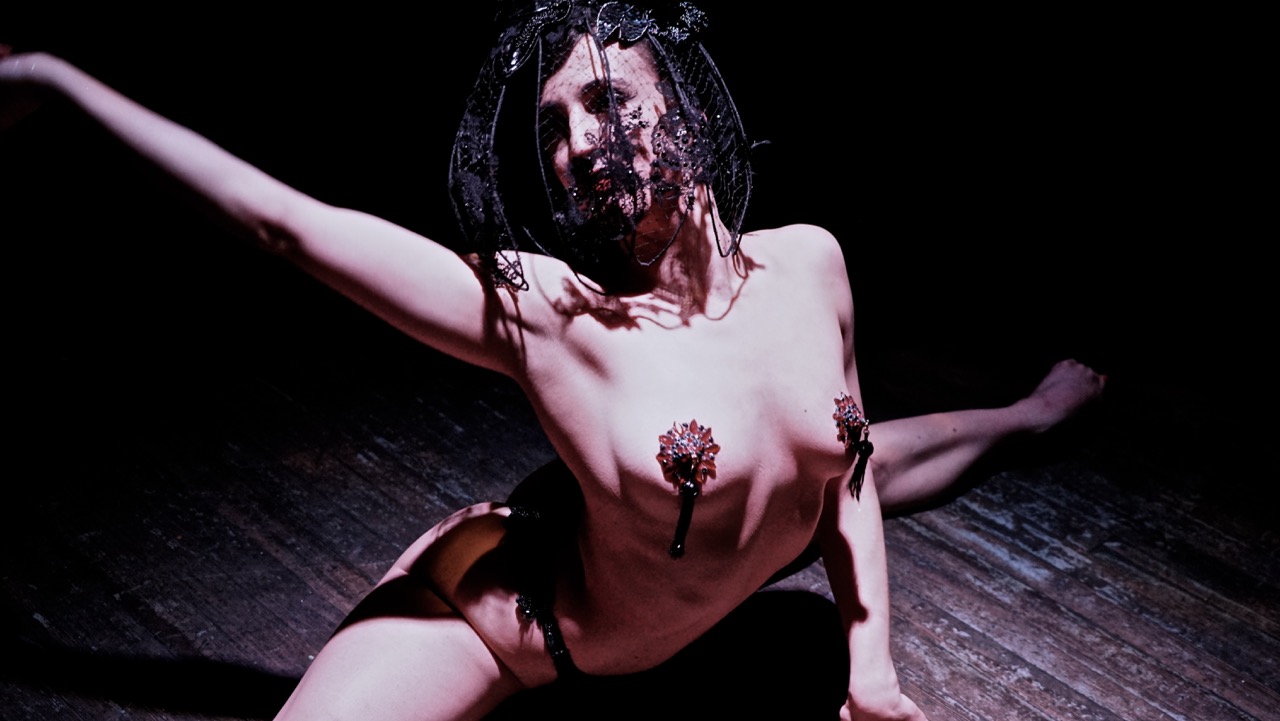 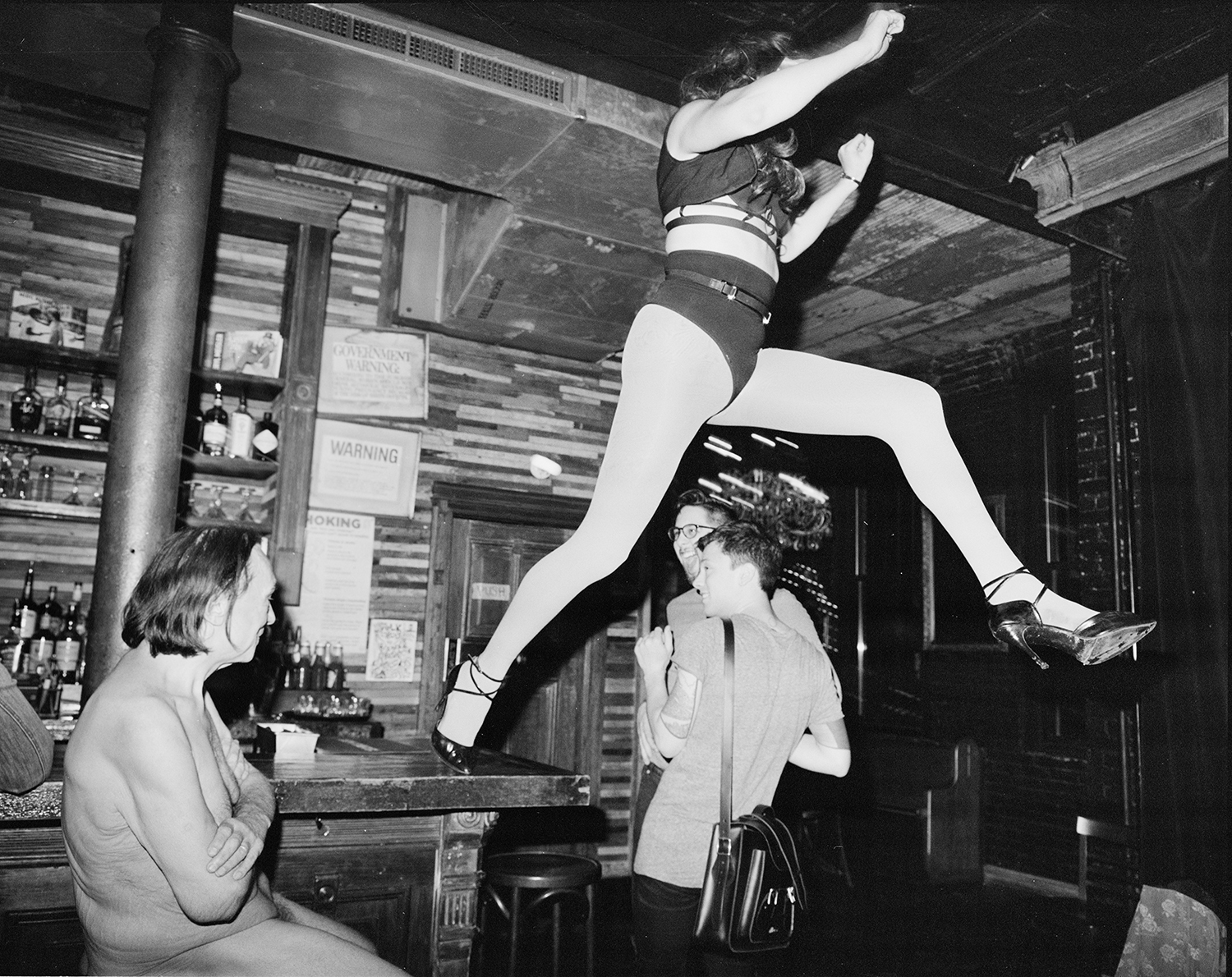 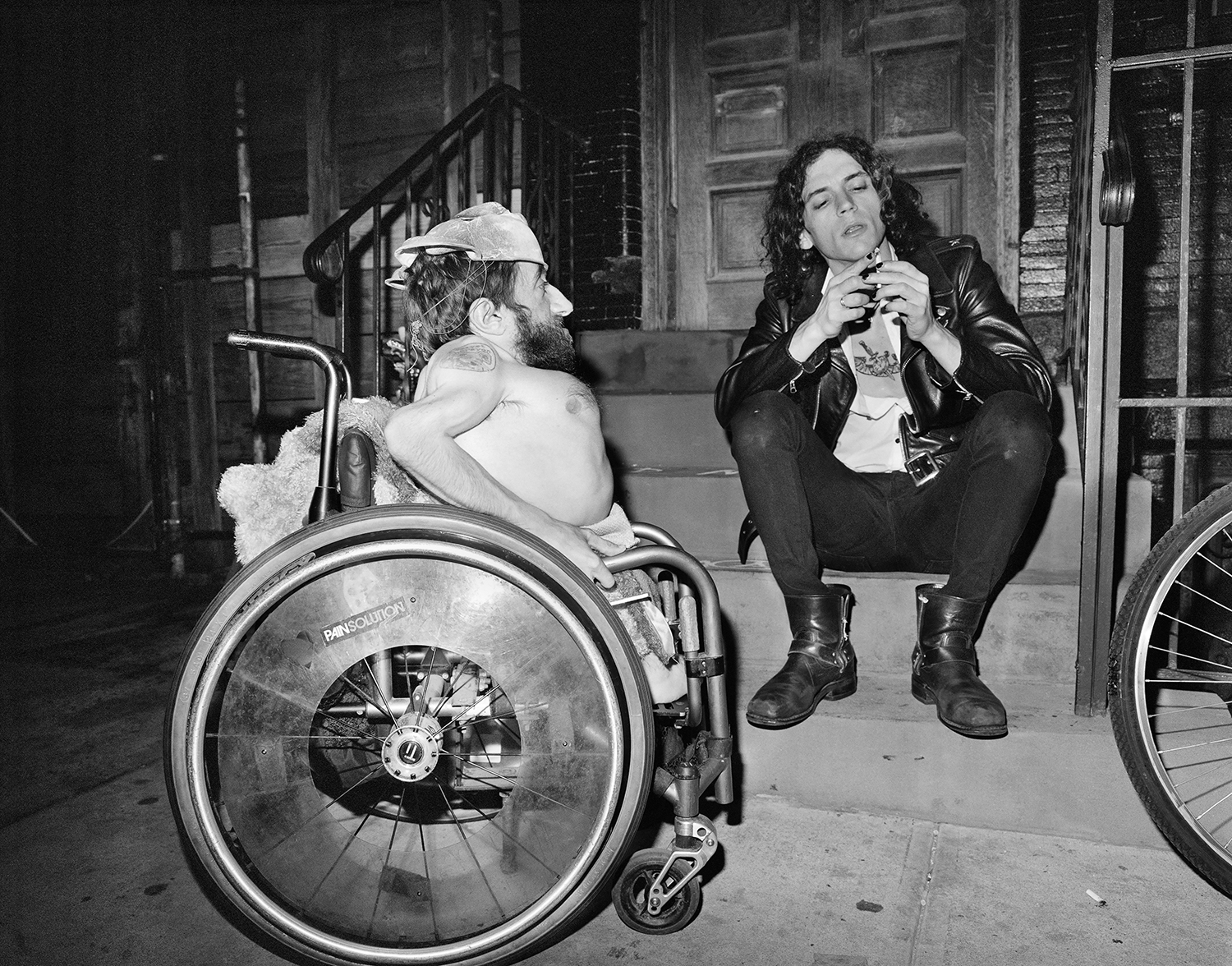 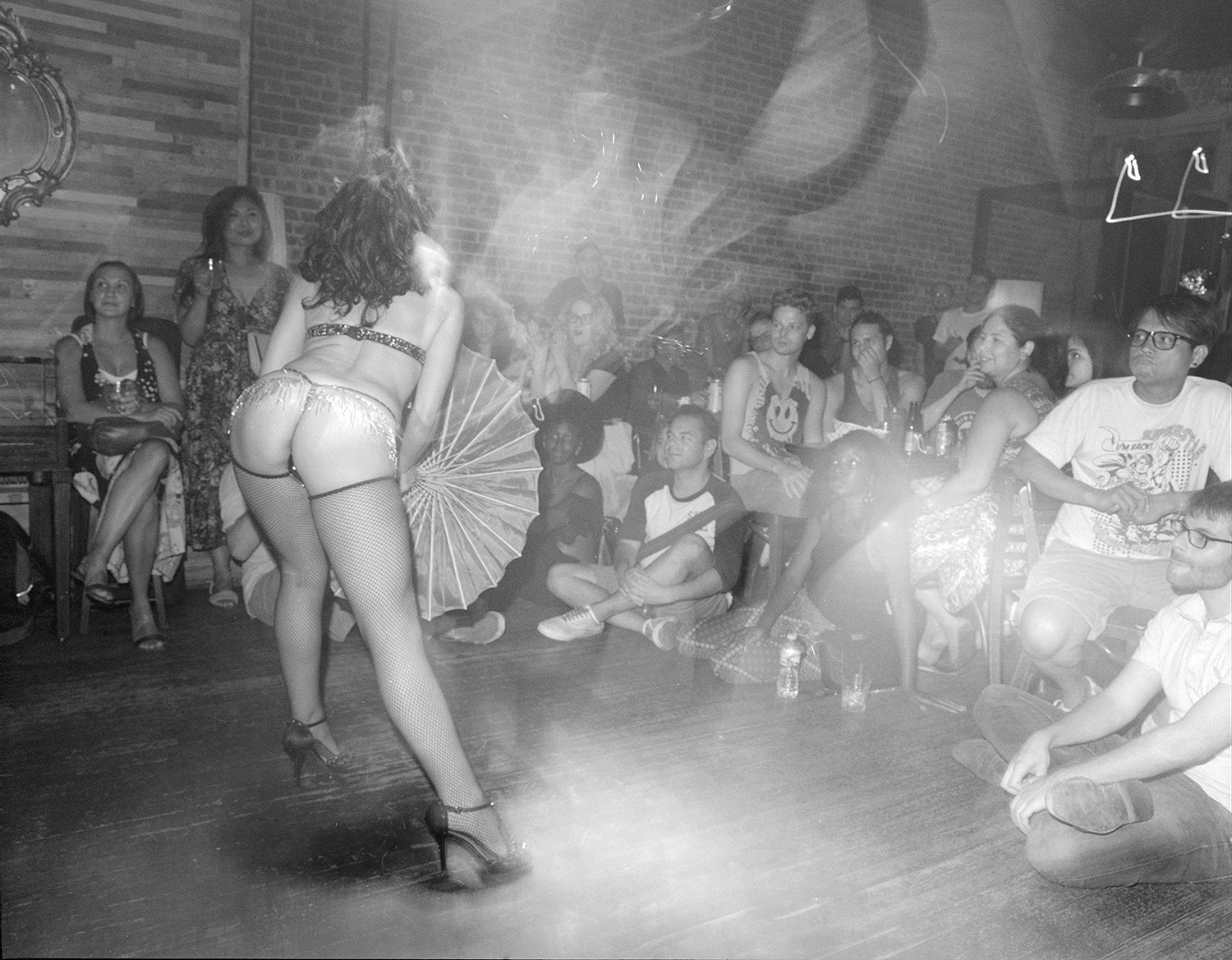 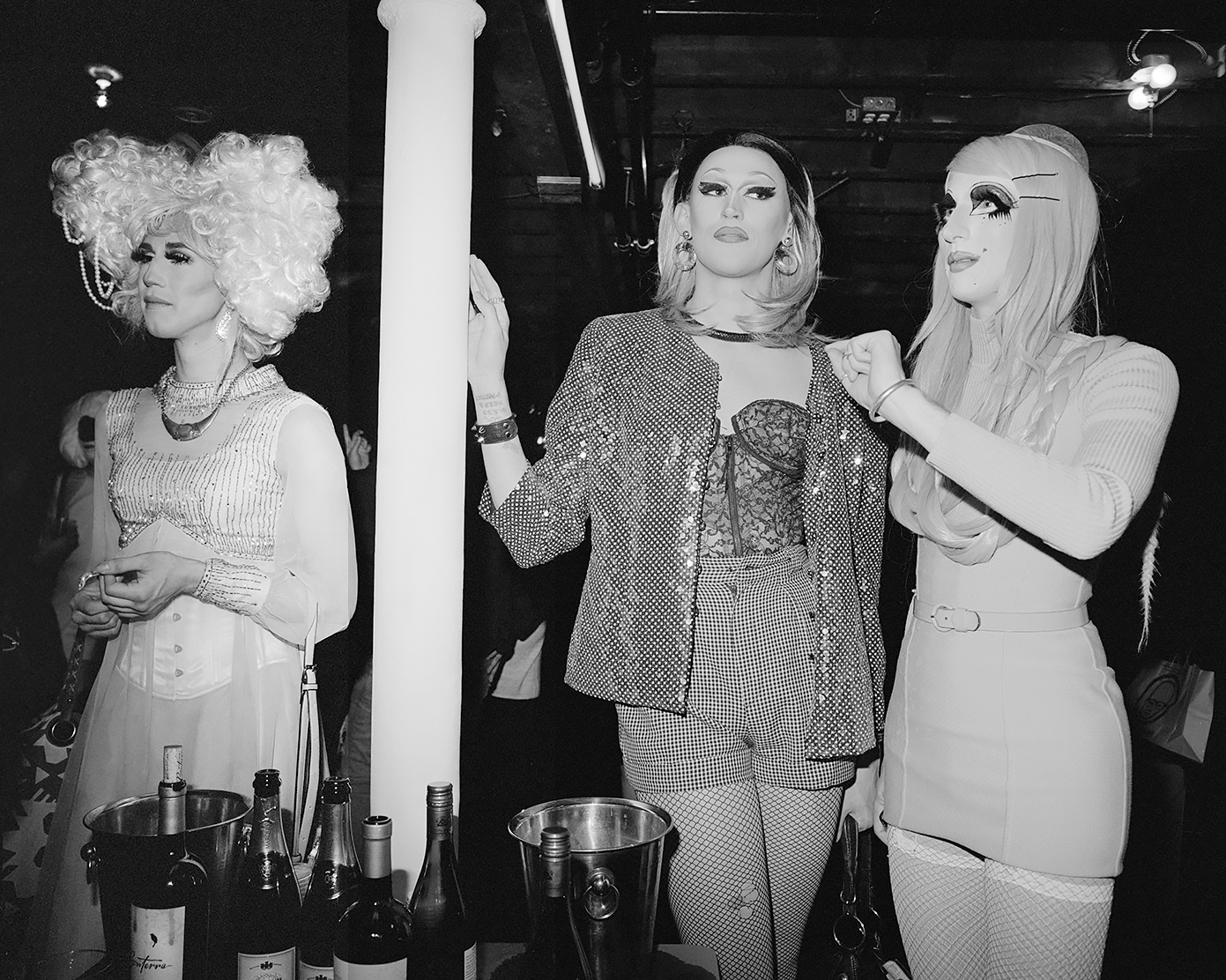 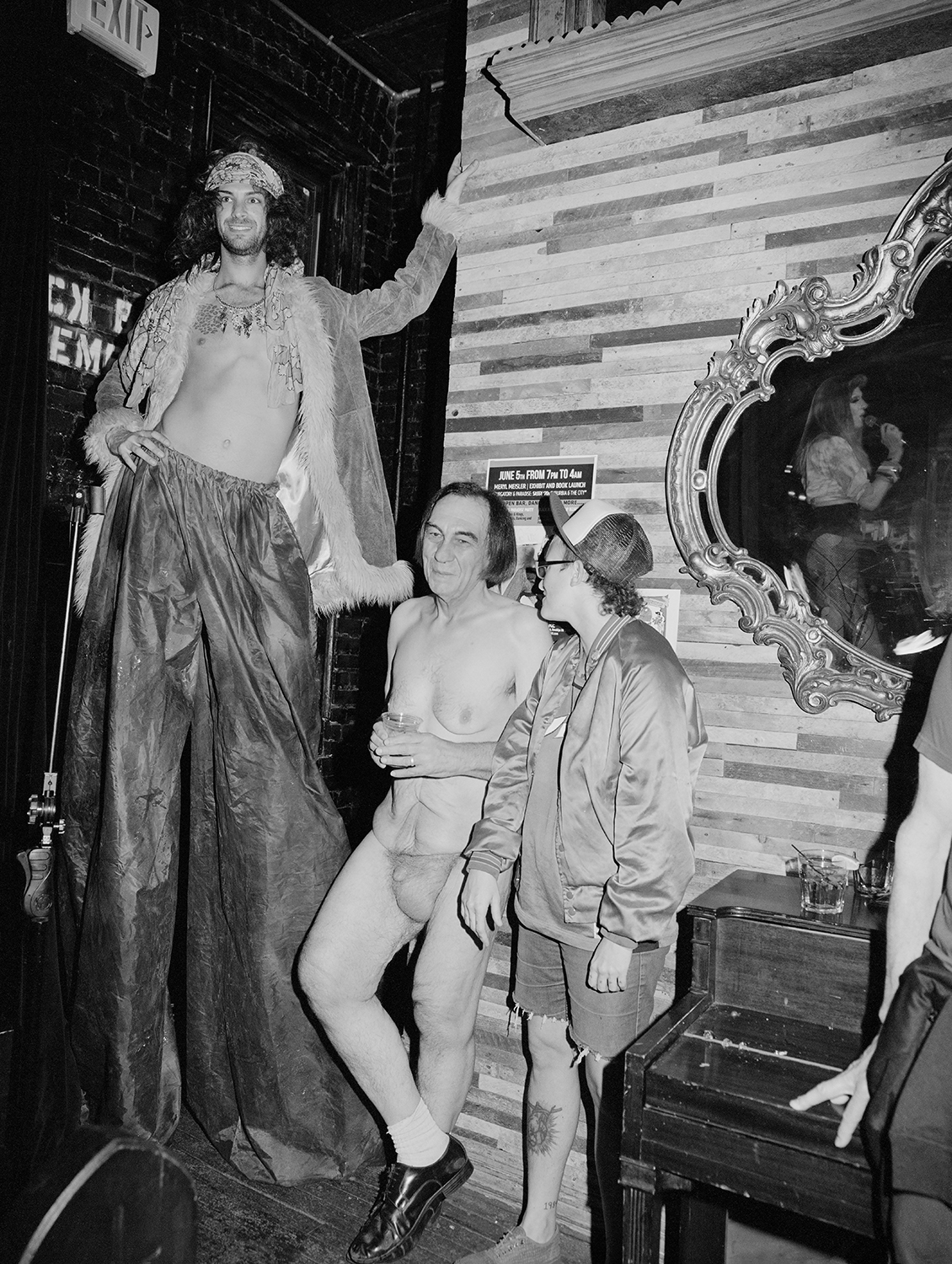 And look out for the show BIZARRE Assorted Madness & The Unexpected, photographs by Meryl ,Gregory Baubeau and Jean–Stéphane Sauvaire at BIZARRE Black Box Gallery in Bushwick.