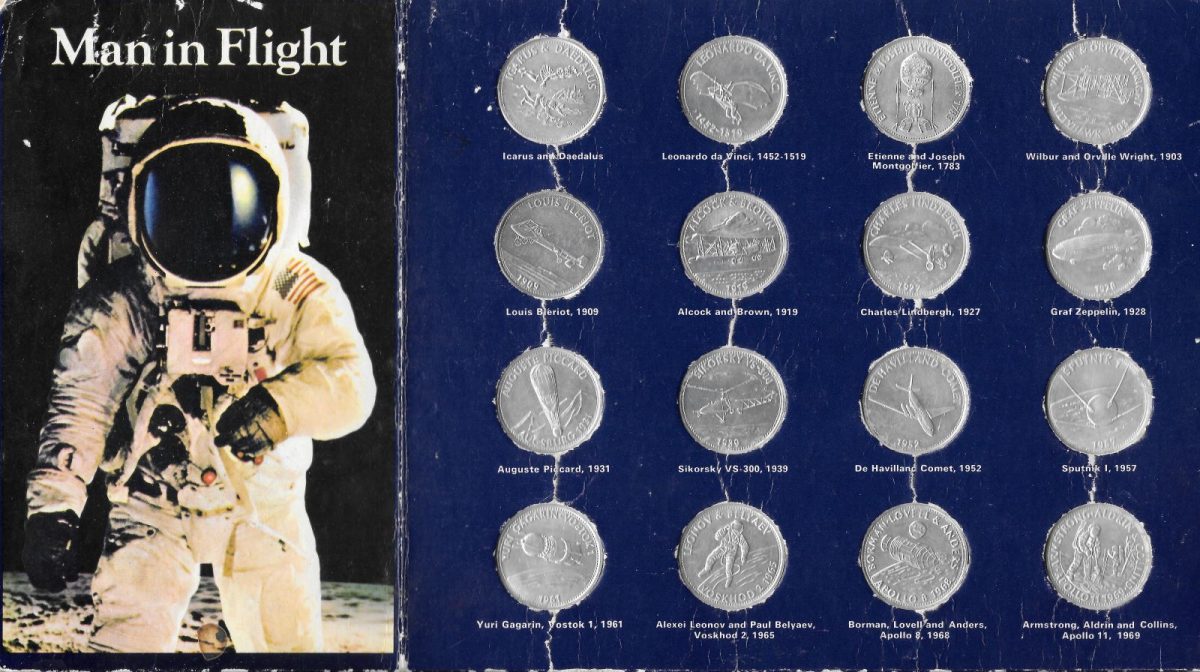 My father learned to drive when he was in his forties. He had a new job as a sales rep selling office stationary, typewriter ribbon, carbon copy paper, correction fluid. The kind of stuff that’s now gone by the wayside. He had to learn to drive as his new job meant travelling across Scotland’s Central Belt and up as far as Perth and Dundee to various offices and businesses. His days tramping door-to-door selling encyclopaedias were long gone. He now had a company car which meant occasional weekend trips to relatives and a drive to church on Sundays instead of the two-and-a-half miles walk.

With a company car came duties which were passed down to my older brother and myself. Washing and polishing the vehicle on Sunday afternoons. That kind of thing. There were rewards. Pocket money and any gimmicks given free with ten gallons of petrol.

The year my father got his first company car in 1969, Shell released a series of sixteen collectible coins commemorating Man in Flight – “a record of the great events in history of man’s quest to fly.” The series was tied-in with American astronaut Neil Armstrong becoming the first man to set foot on the Moon – “That’s one small step for man, one giant leap for mankind.”

With every purchase of petrol at a Shell garage, a Man in Flight coin was given out. As it was pot luck which coin you got, it was inevitable there were more duplicates than complete sets. Thankfully, my old man had to put in many hours driving here-and-there and by the middle of 1970 when Mungo Jerry was singing In The Summertime, my brother and I had our own complete sets. 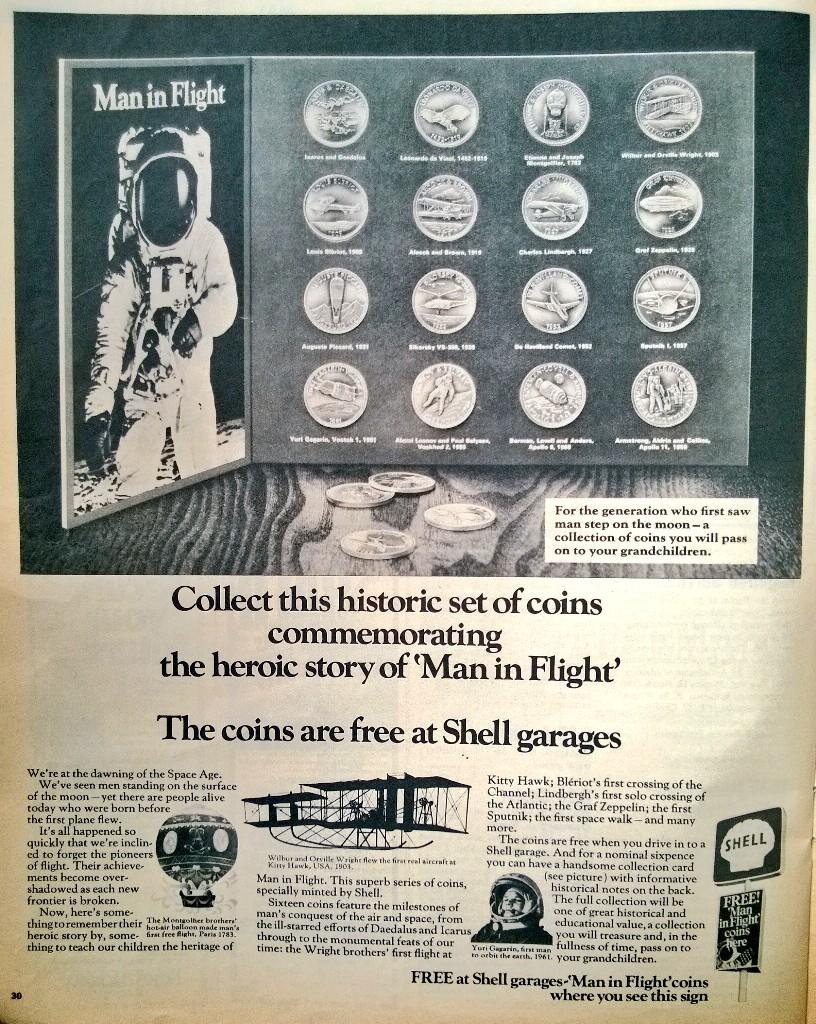 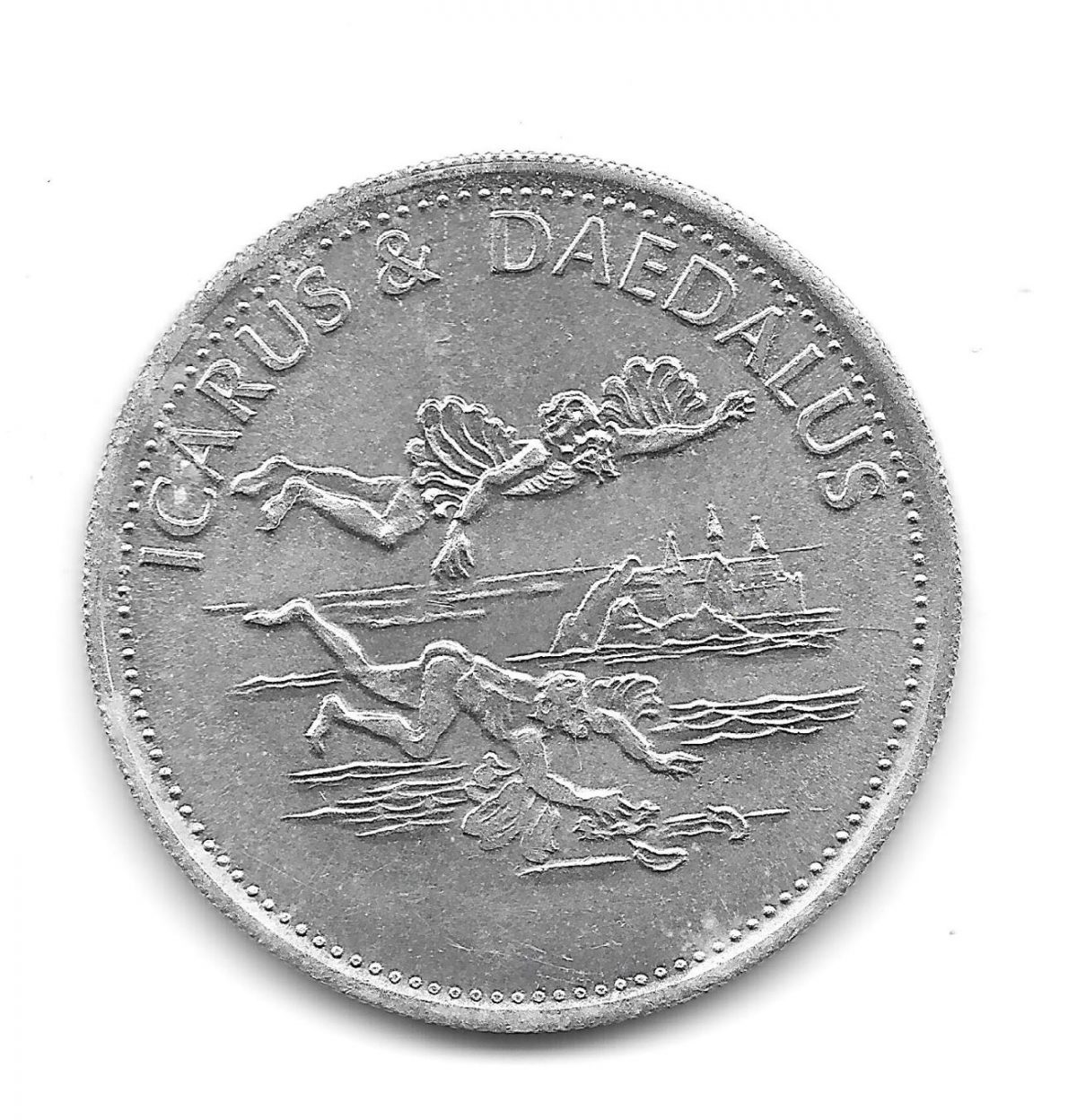 For a factual series about Man in Flight, the collection begins with a tale of mythical figures Icarus and Daedalus. Imprisoned by Minos, the King and Crete, Icarus and Daedalus escaped their cell by making wings of feathers and wax. “But Icarus elated by the experience of flight, soared so high that the Sun melted the wax on his wings and he crashed to his death.” 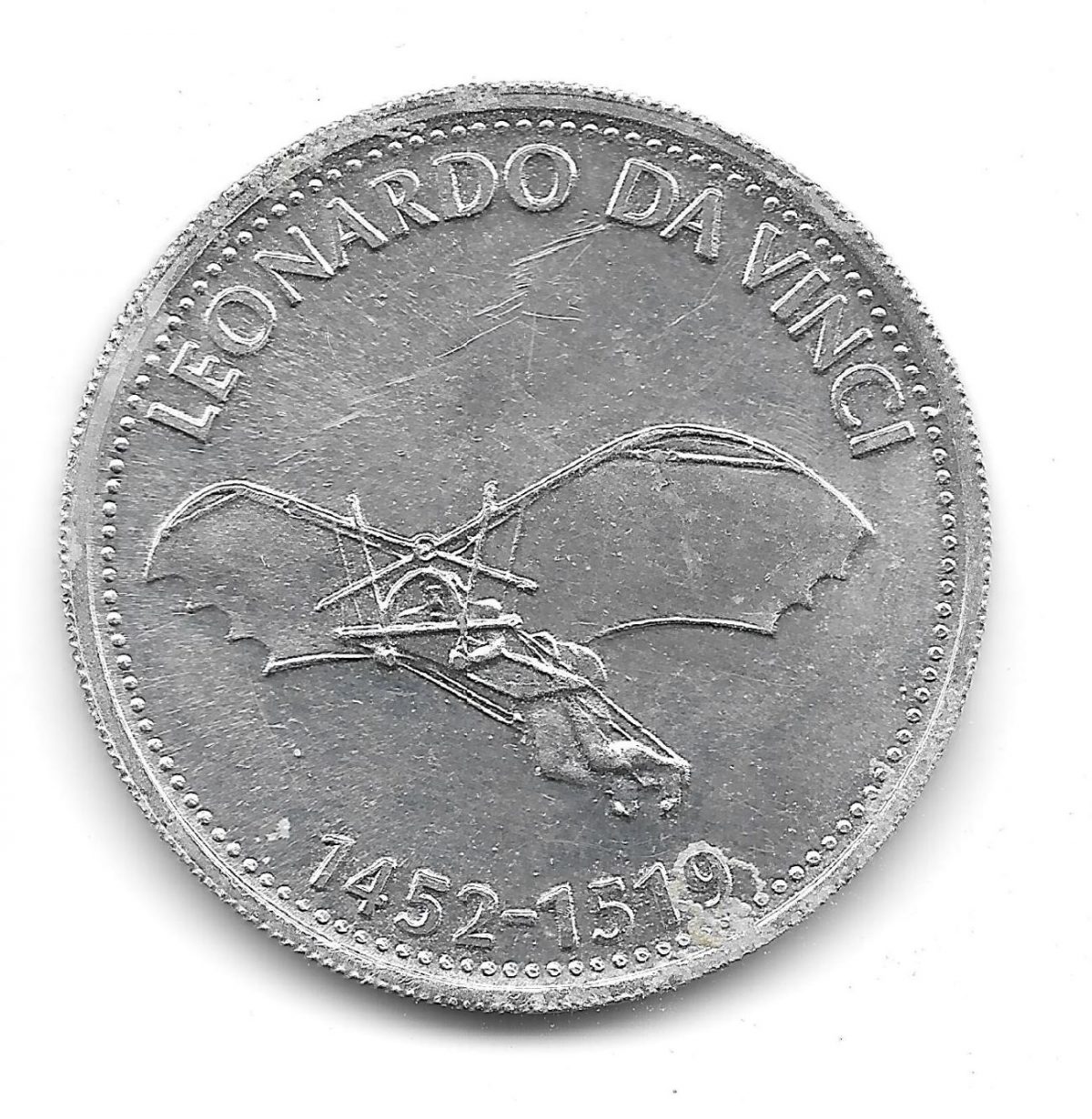 The artist and inventor Leonardo da Vinci developed a series of ideas, plans, and illustrations for flying machine. However, “it is most unlikely that any of Leonardo’s designs would have worked because they were too heavy.” Among Leonardo’s many designs were ones for a parachute and a helicopter. 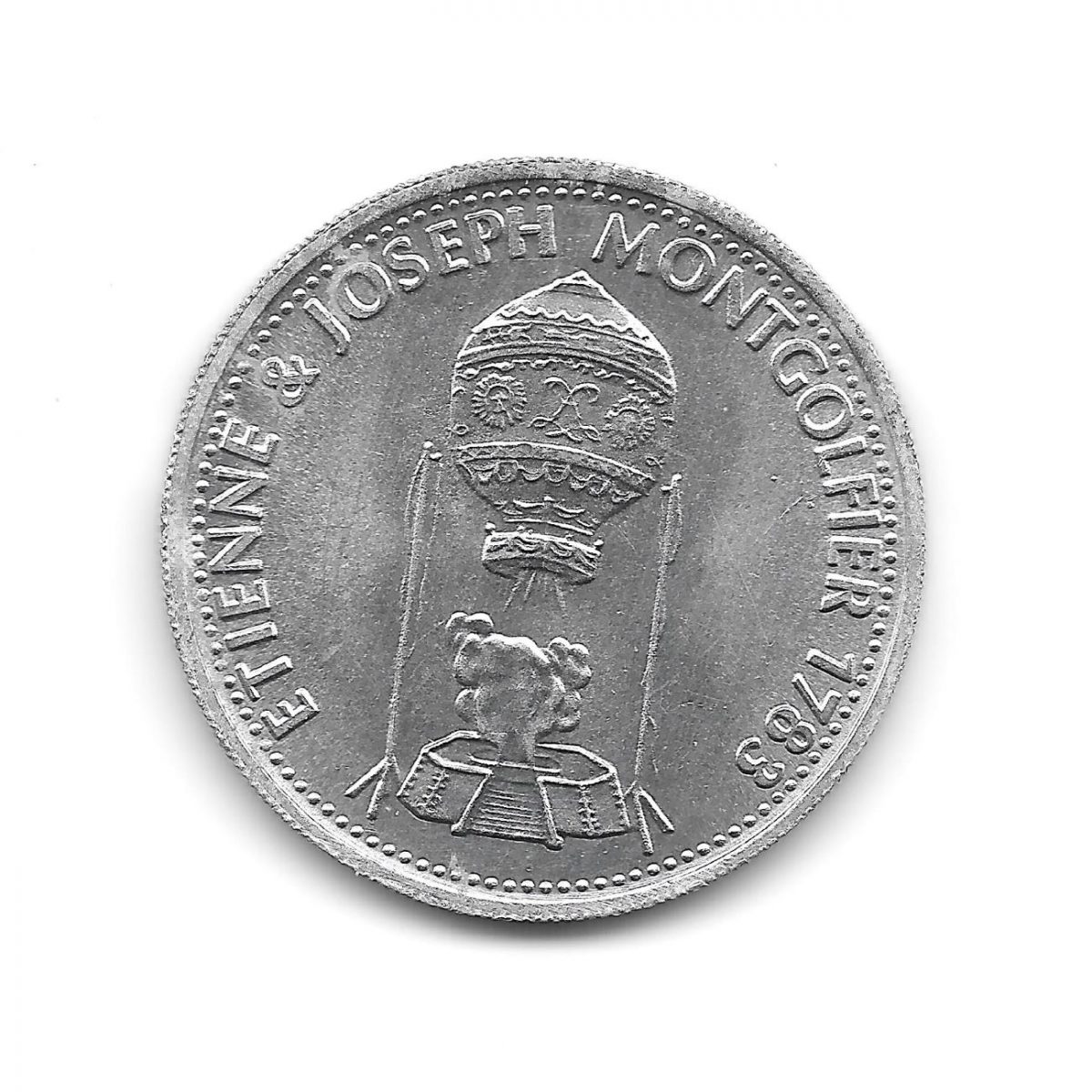 The first recorded free ascent by man was in a balloon constructed by the Montgolfier brothers at the Bois de Boulogne in November 1783. The balloon was flown by Pilatre de Rozier and the Marquis d’Arlandes over the rooftops of Paris. 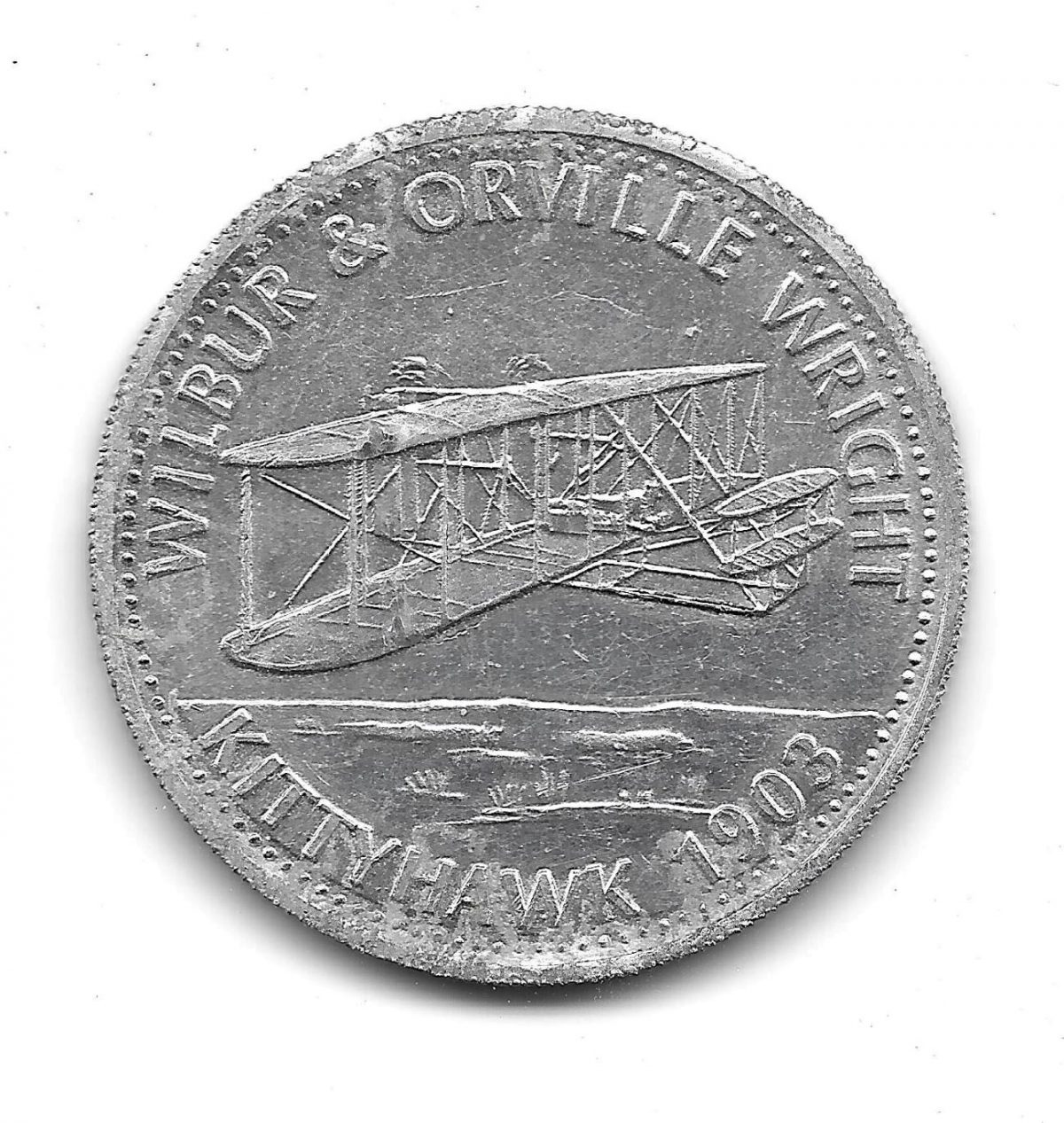 Wilbur and Orville Wright built the Kitty Hawk, which became the first aircraft to fly a distance of 120 feet in 1903. 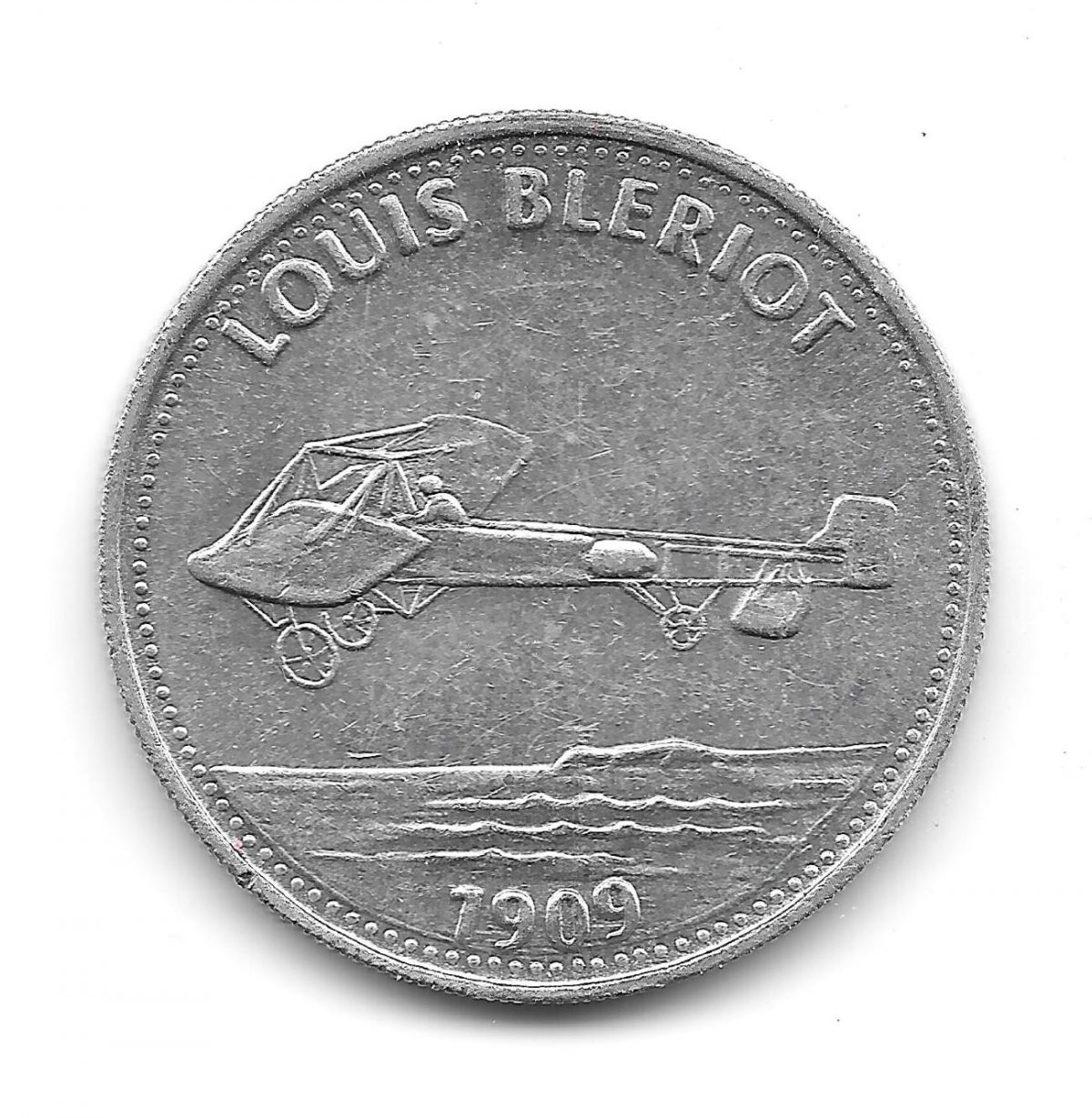 Louis Blériot flew his Type XI monoplane from Calais to Dover on 25th July 1909. This first crossing of the English Channel by a craft heavier than air opened the skies for business. 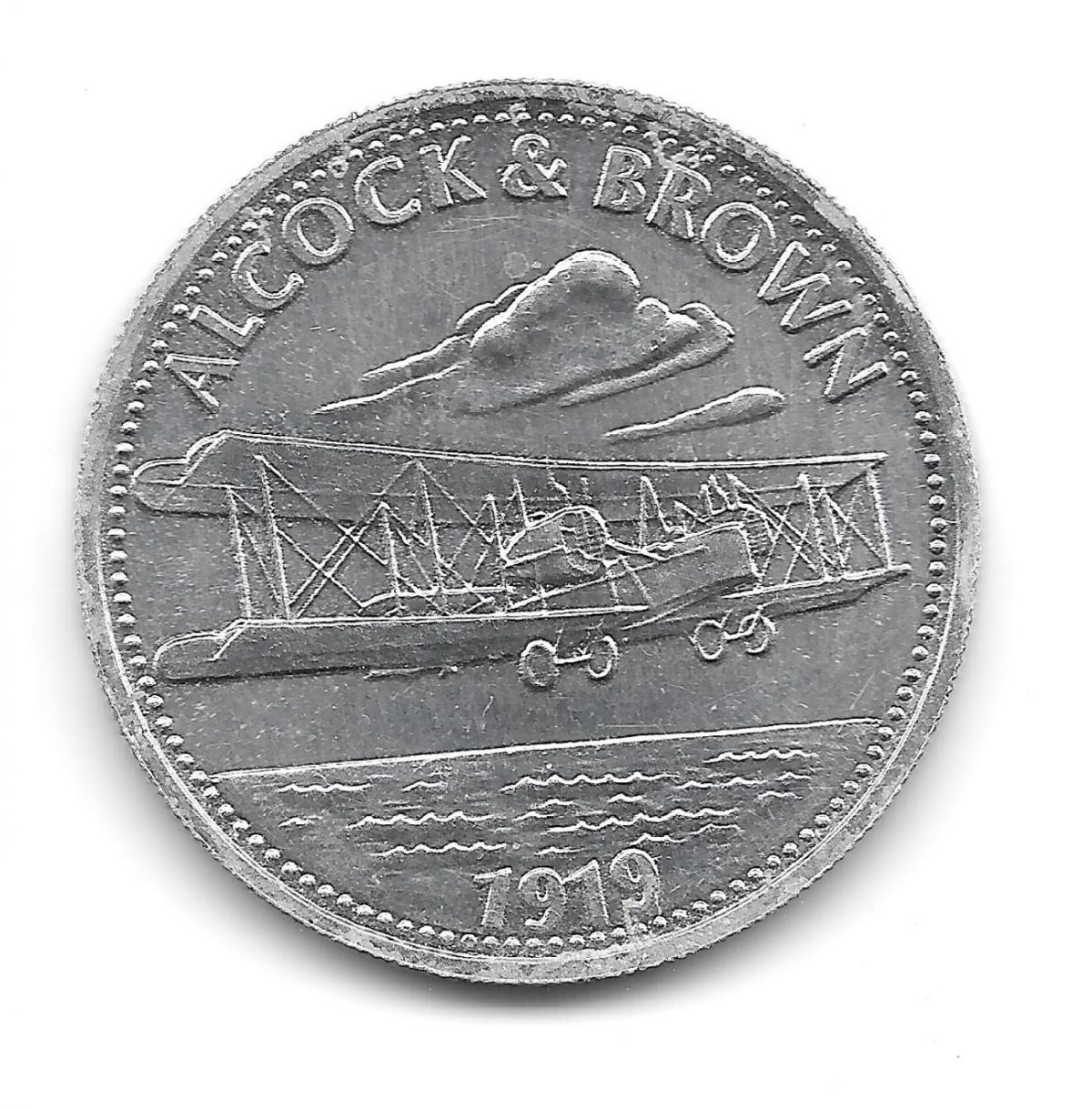 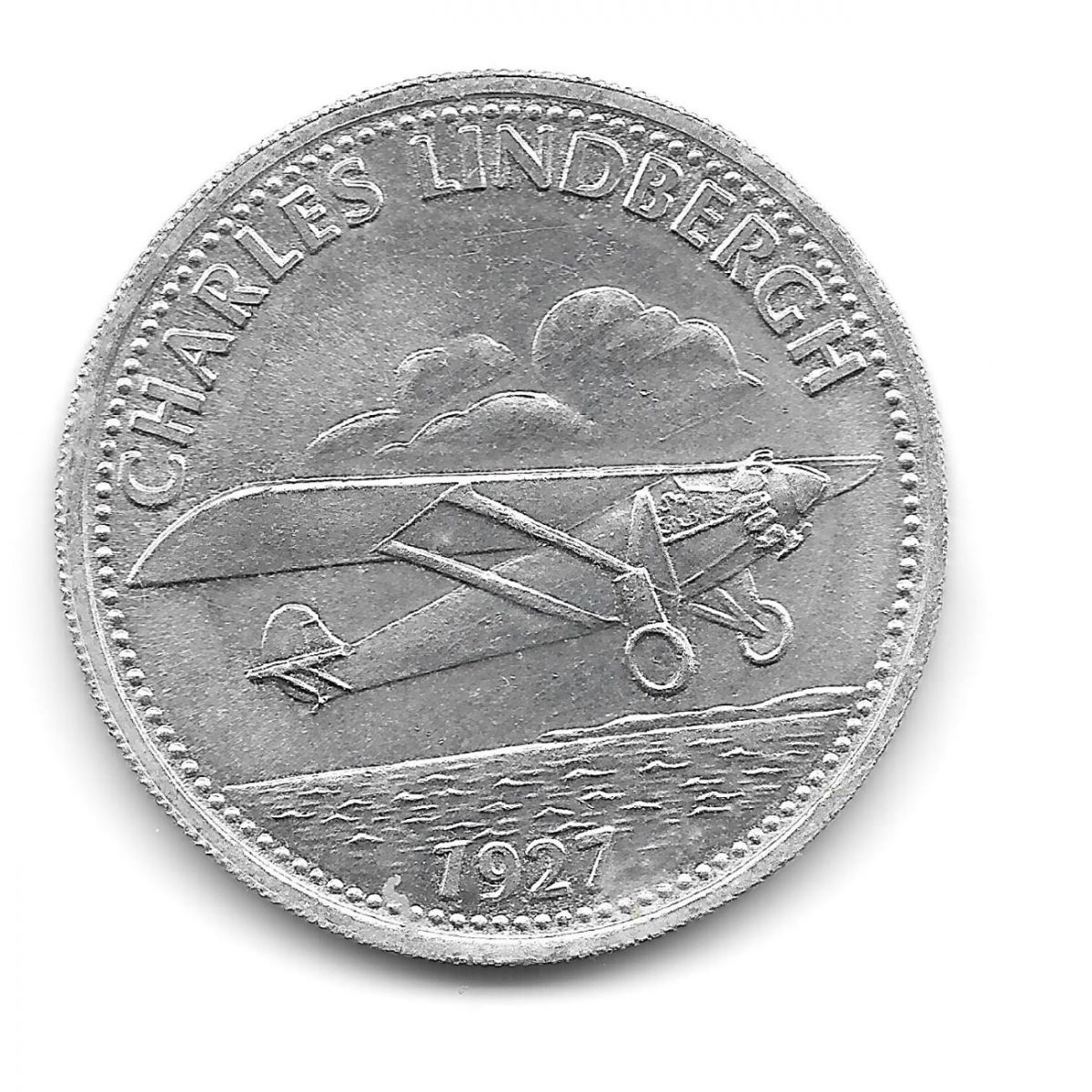 In 1927, Charles Lindbergh achieved the first solo non-stop transatlantic flight from Long island to Paris in his monoplane The Spirit of St. Louis. The flight lasted 33.5 hours. 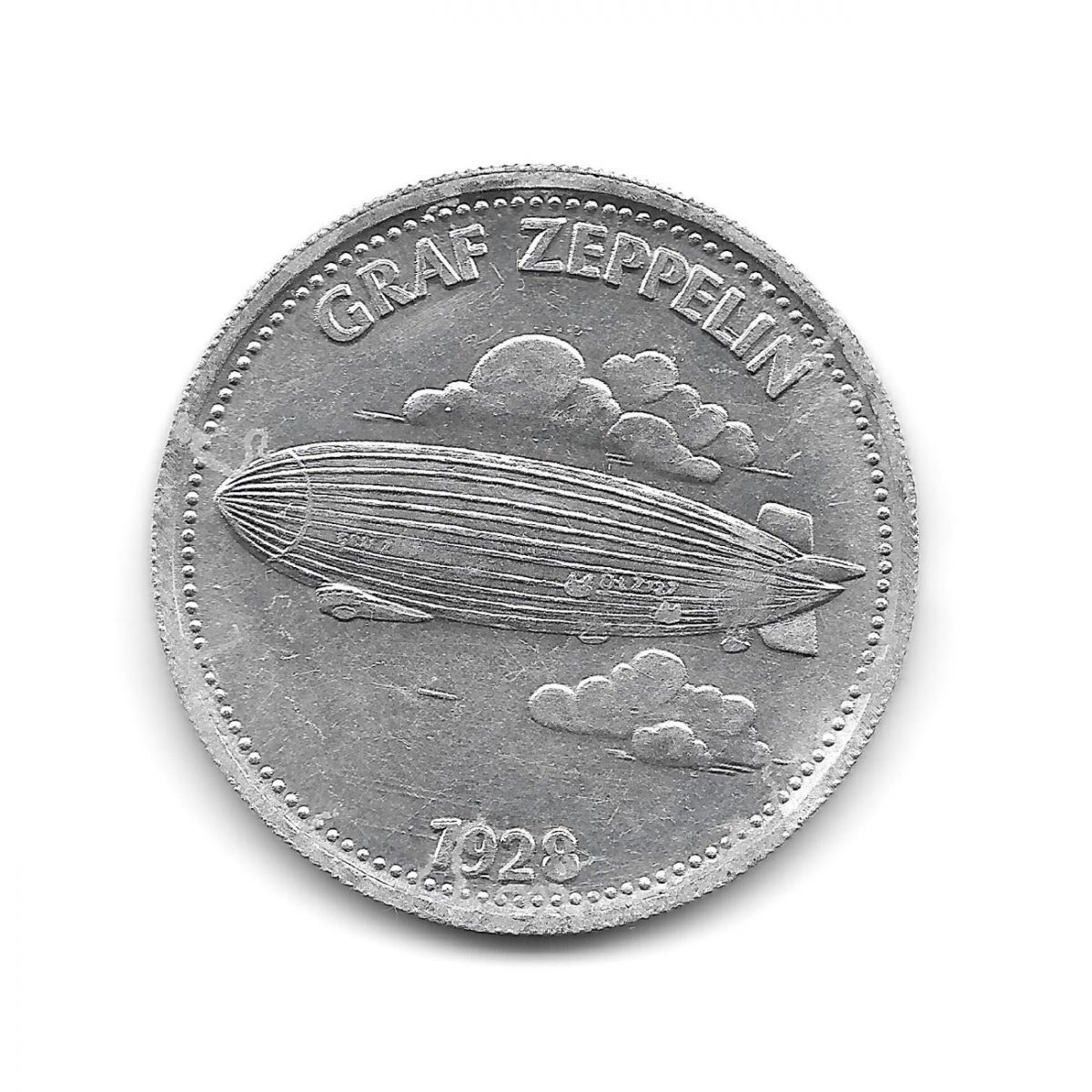 The most successful airship at the time was the Graf Zeppelin which was completed in 1928 and made the first round-the-world flight in 20-days four-hours and fourteen-minutes in 1929. 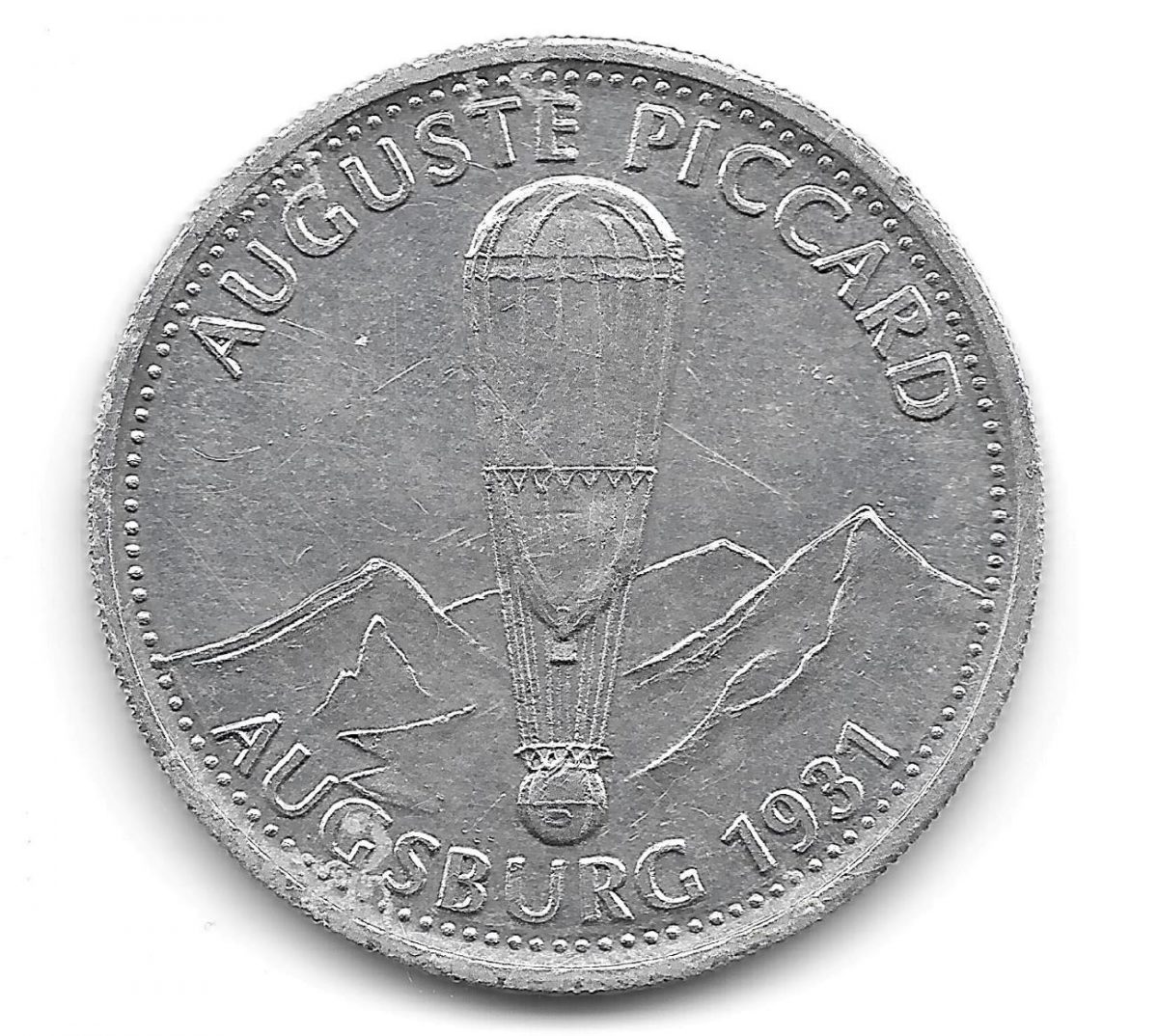 Not Star Trek‘s Captain Picard but Swiss scientist Auguste Piccard who manned the first flight into the stratosphere reaching 51,775 feet on 27th May 1931. 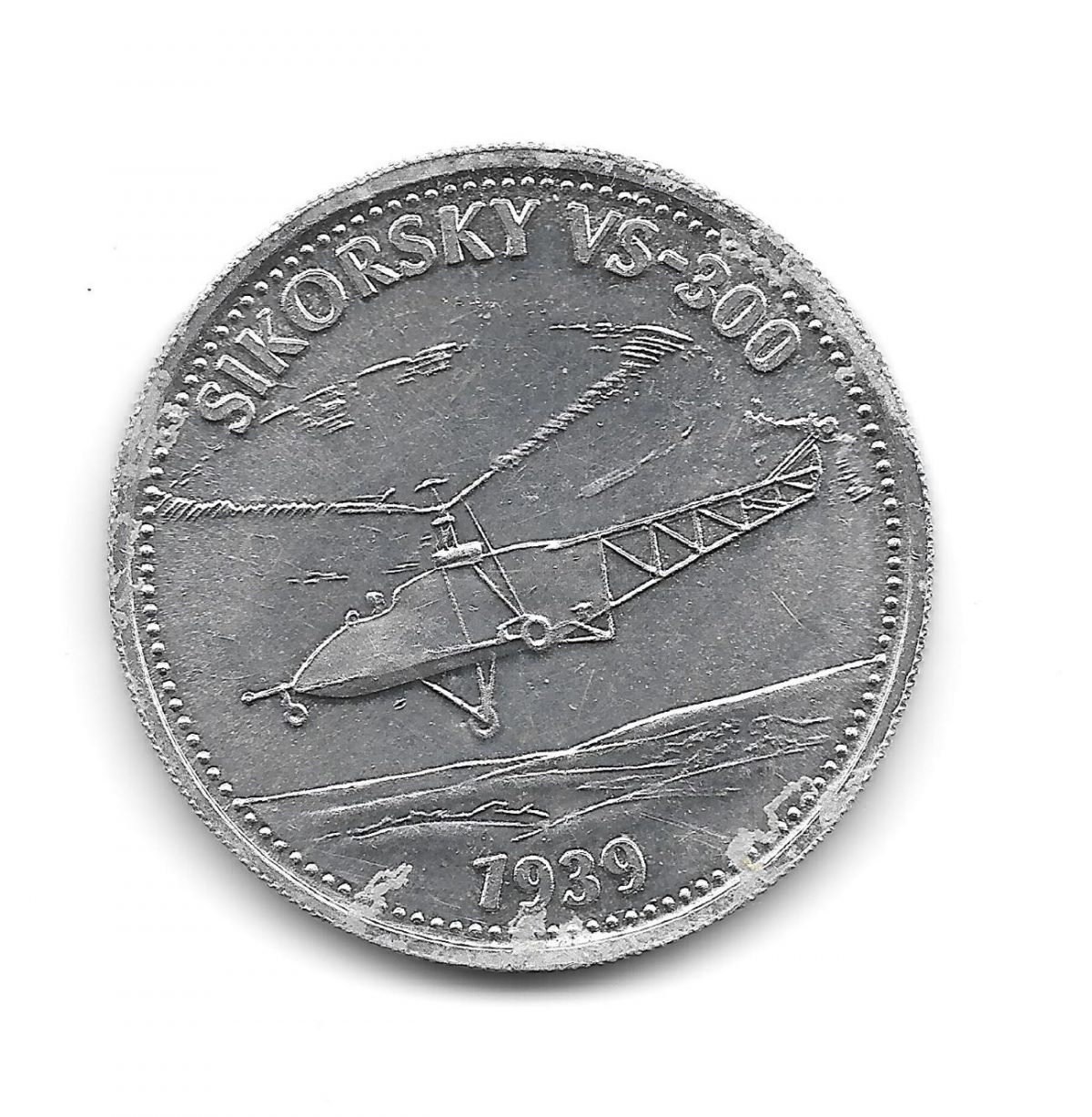 The earliest helicopter was designed by Russian émigré Igor Sikorsky who manned the flight of his helicopter VS-300 in September 1939. 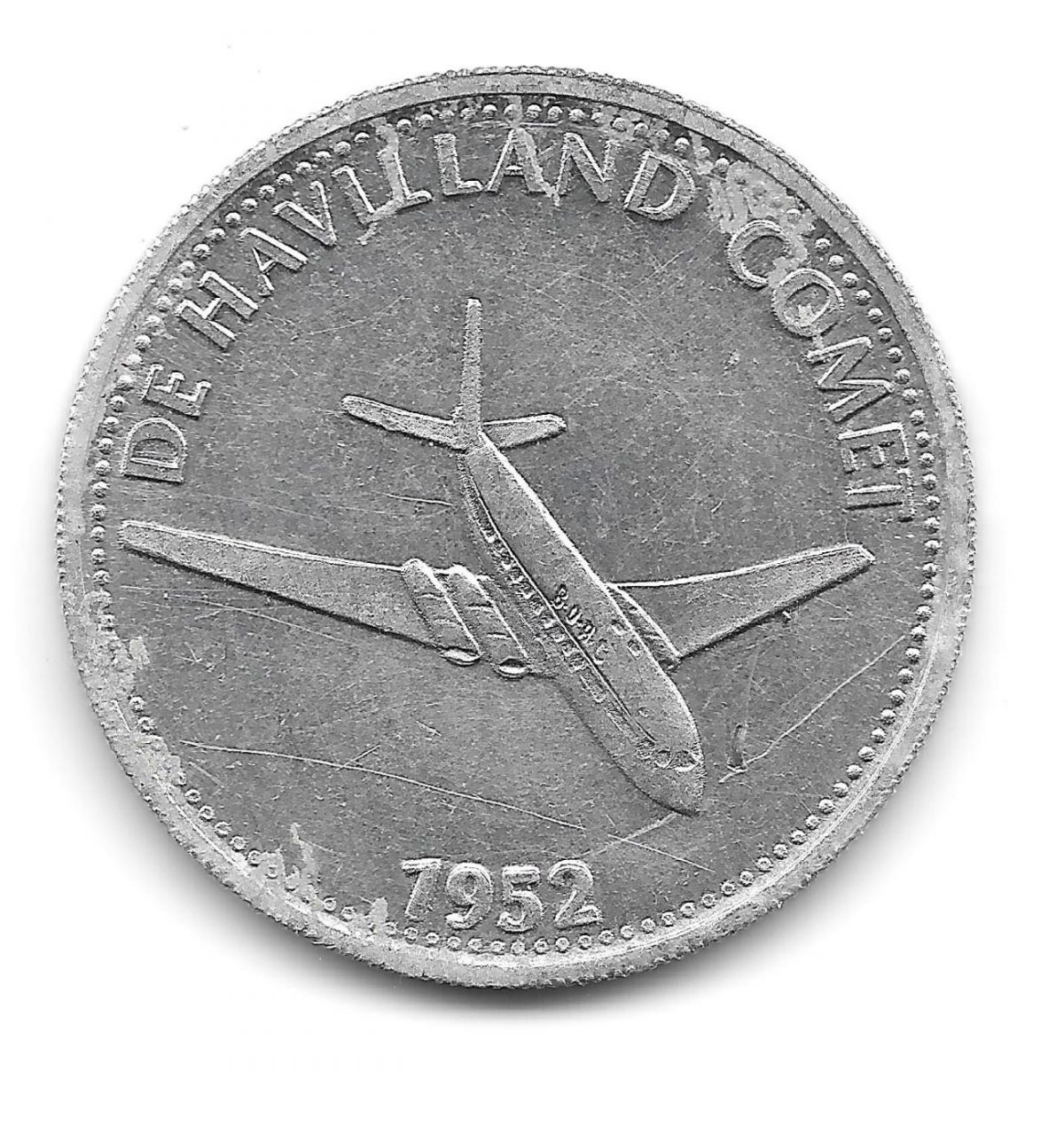 The first jet airliner was the British de Havilland Comet 1, which became part of BOAC fleet flying routes to South Africa, India and the Far East. 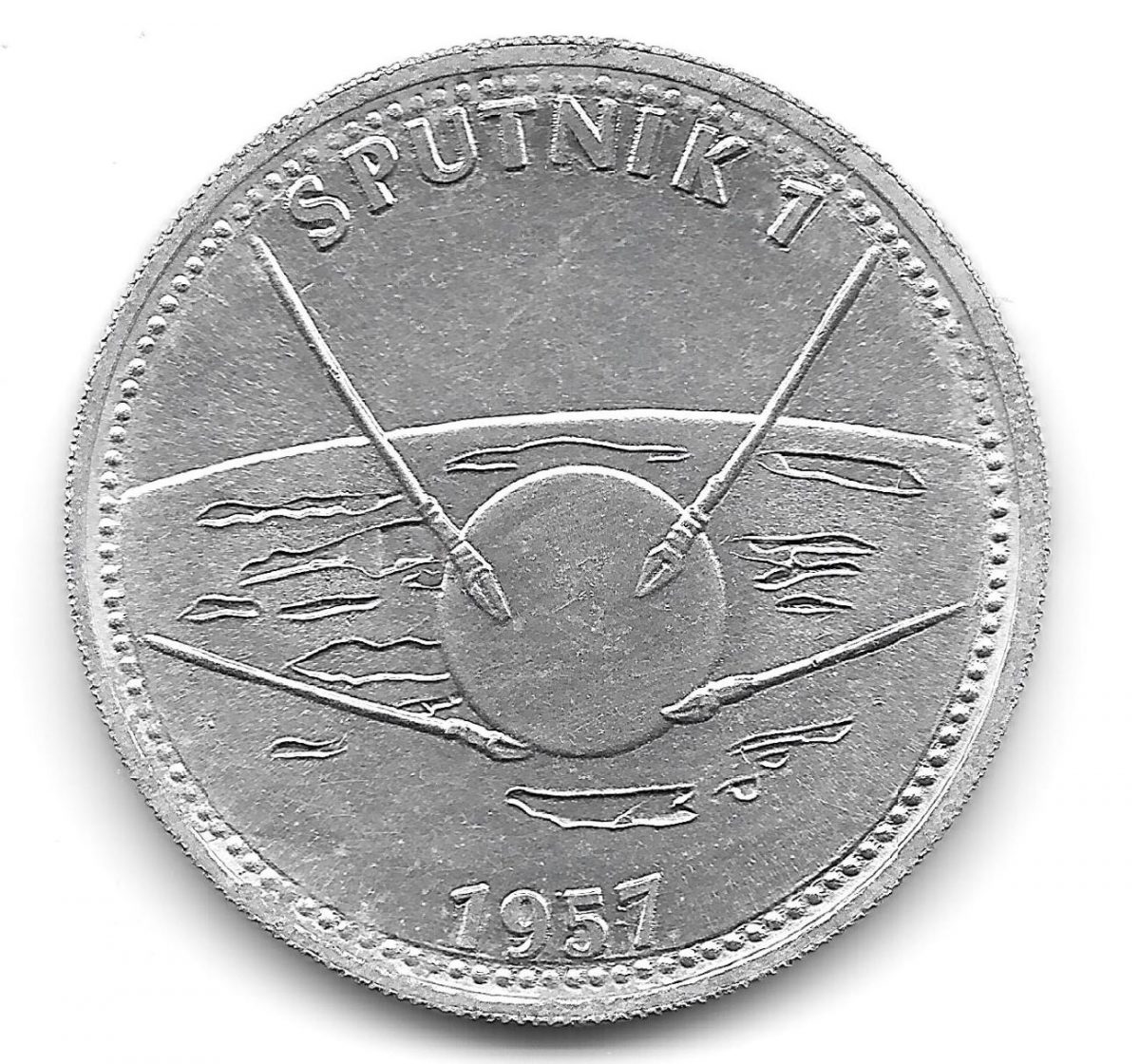 The Space Age began on 4th October 1957 with the Russian satellite Sputnik 1, which completed 1440 orbits over 22 days. 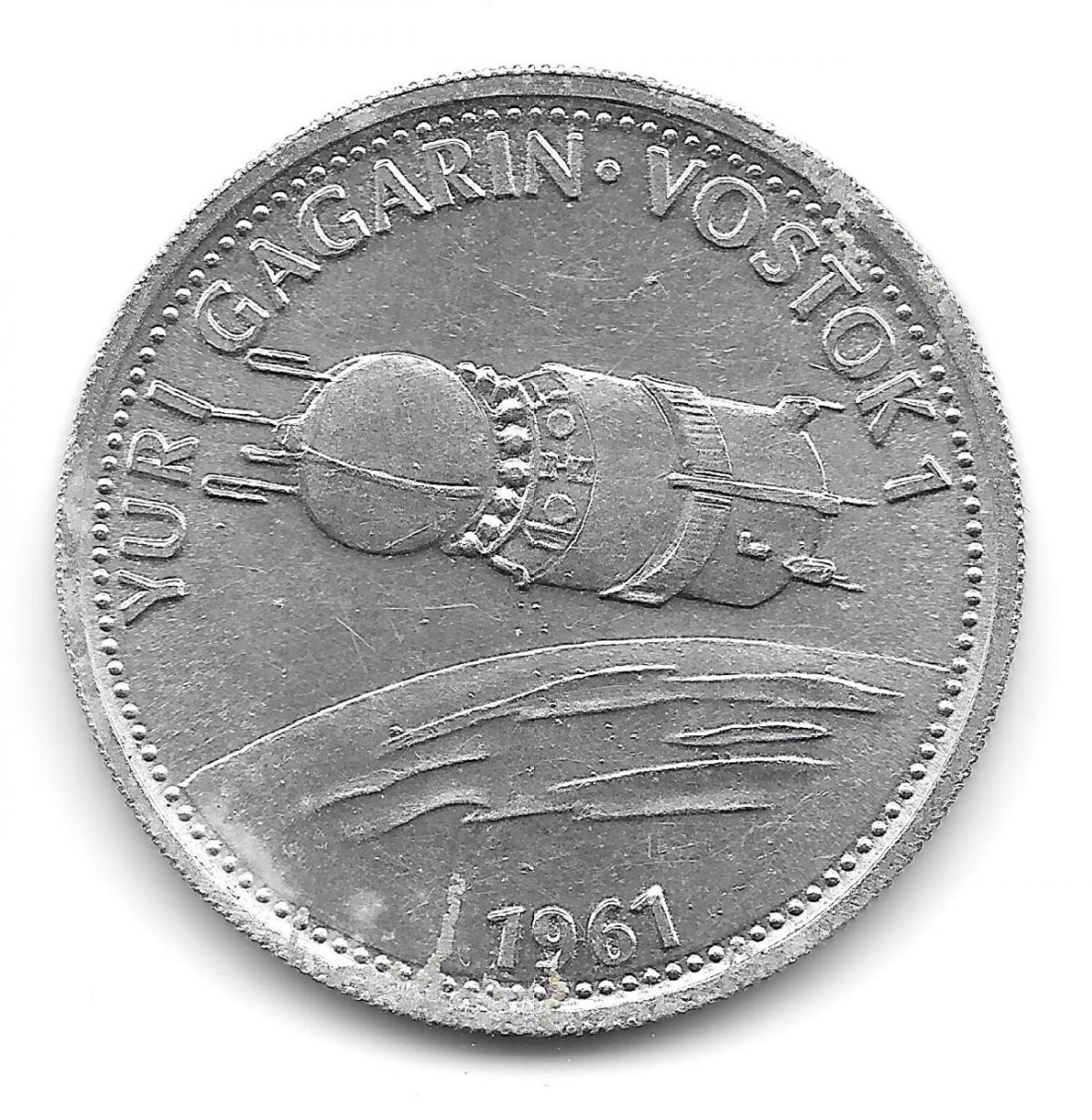 Russian Yuri Gagarin became the first man to orbit the Earth on 12th April 1961. Gagarin circled the earth in 108-minutes reaching a maximum altitude of 187-miles. 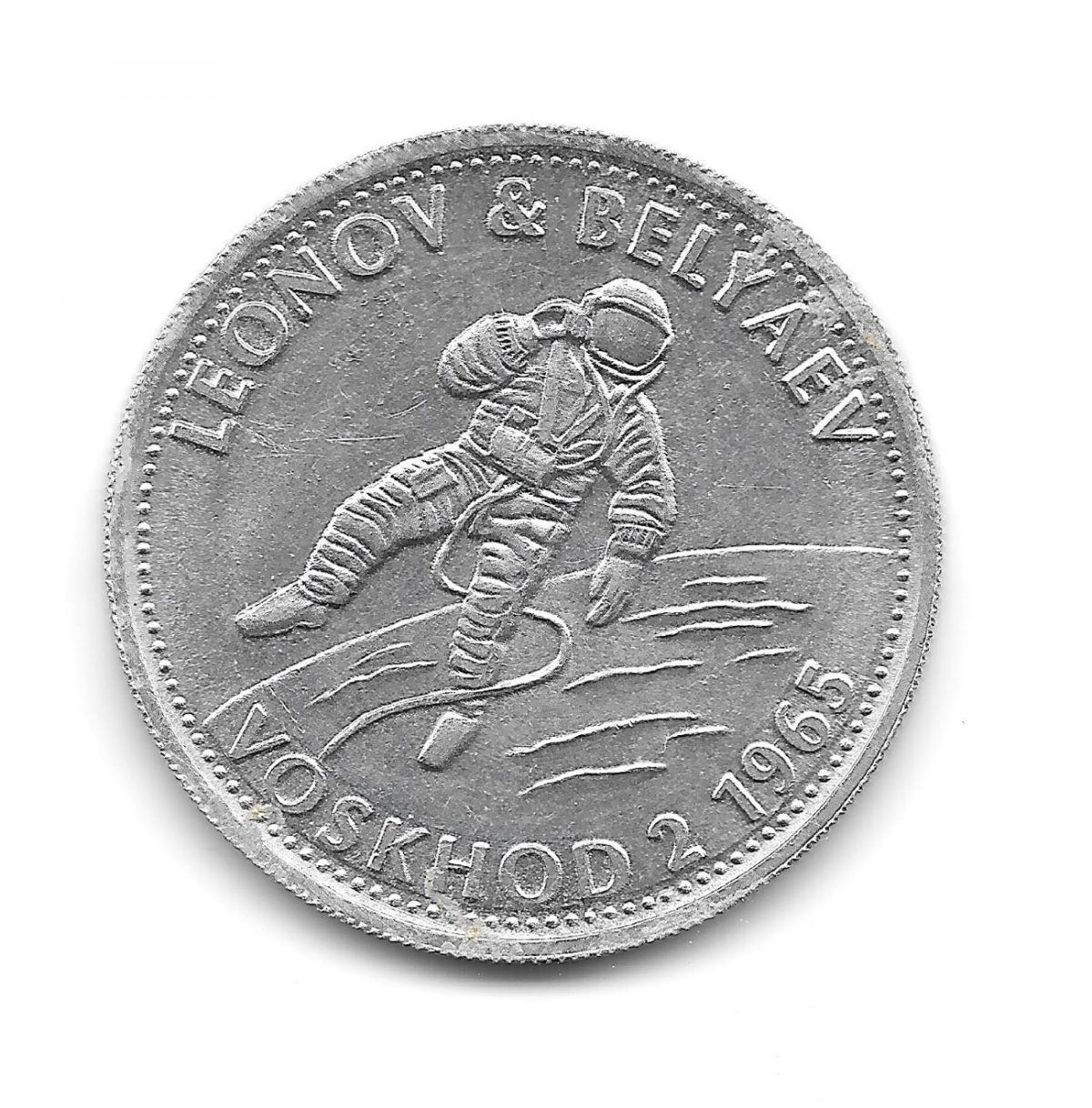 The first space walk was carried out by Russian cosmonaut Alexie Leonov, who exited his space capsule and drifted into space tethered by a lifeline for ten minutes on 18th March 1965. (Read his thrilling story here.) 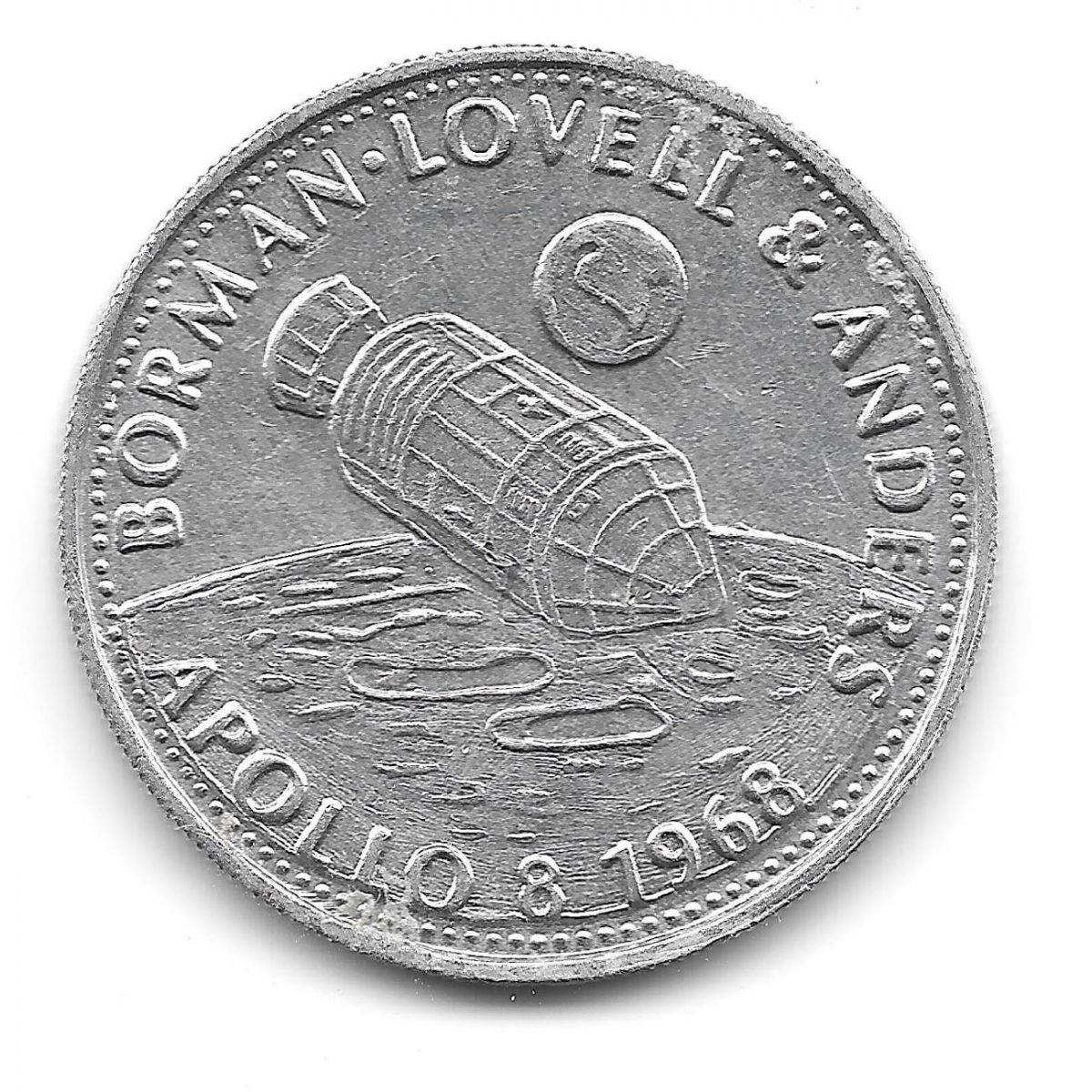 The American astronauts Borman, Lovell, and Anders of the Apollo 8 Mission became the first men to leave Earth and enter Lunar orbit on 27th December 1968. 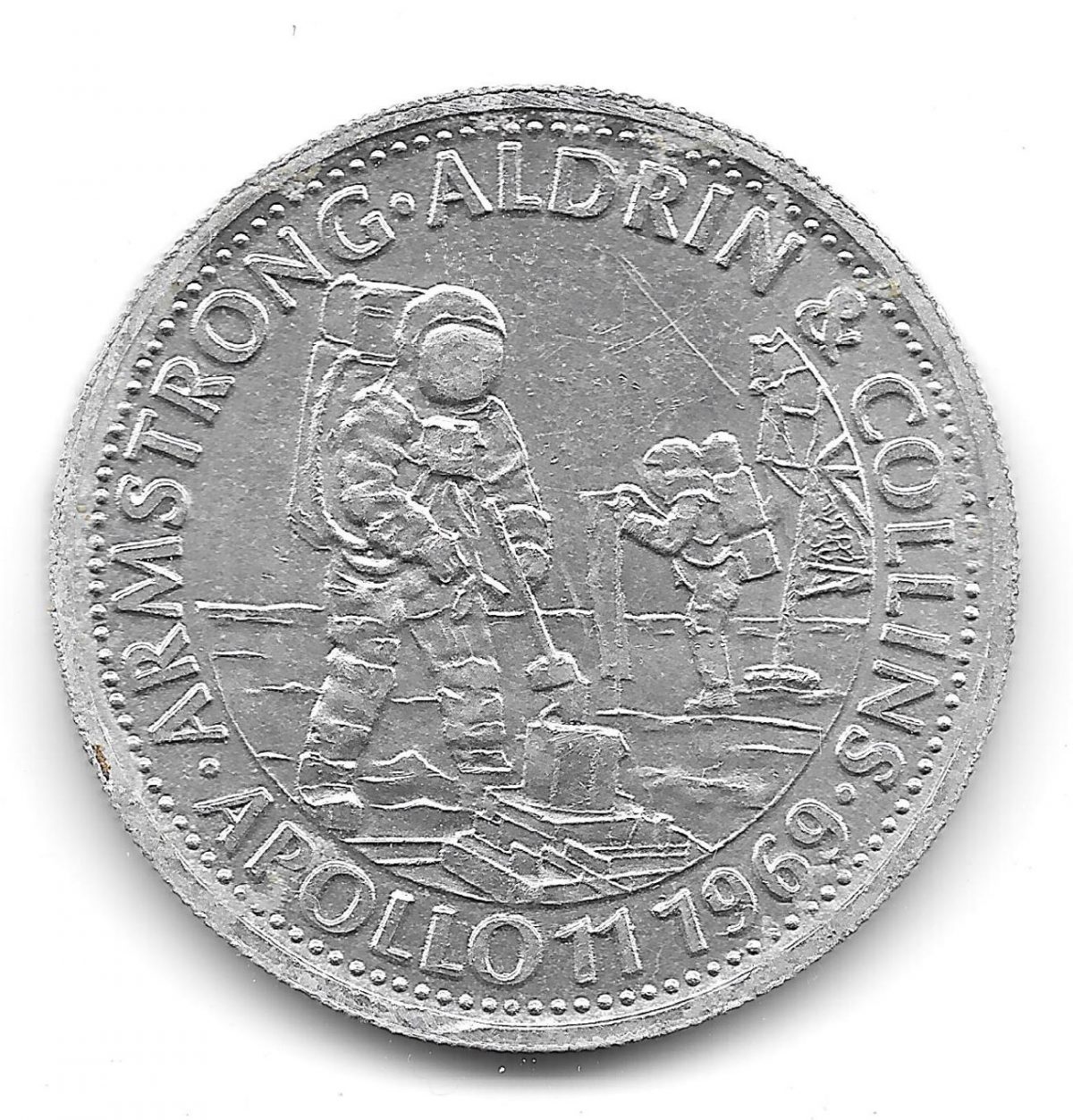 The Apollo 11 mission of 1969 saw astronaut Neil Armstrong become the first man to set foot on the Moon. His fellow astronauts were Buzz Aldrin and Michael Collins. 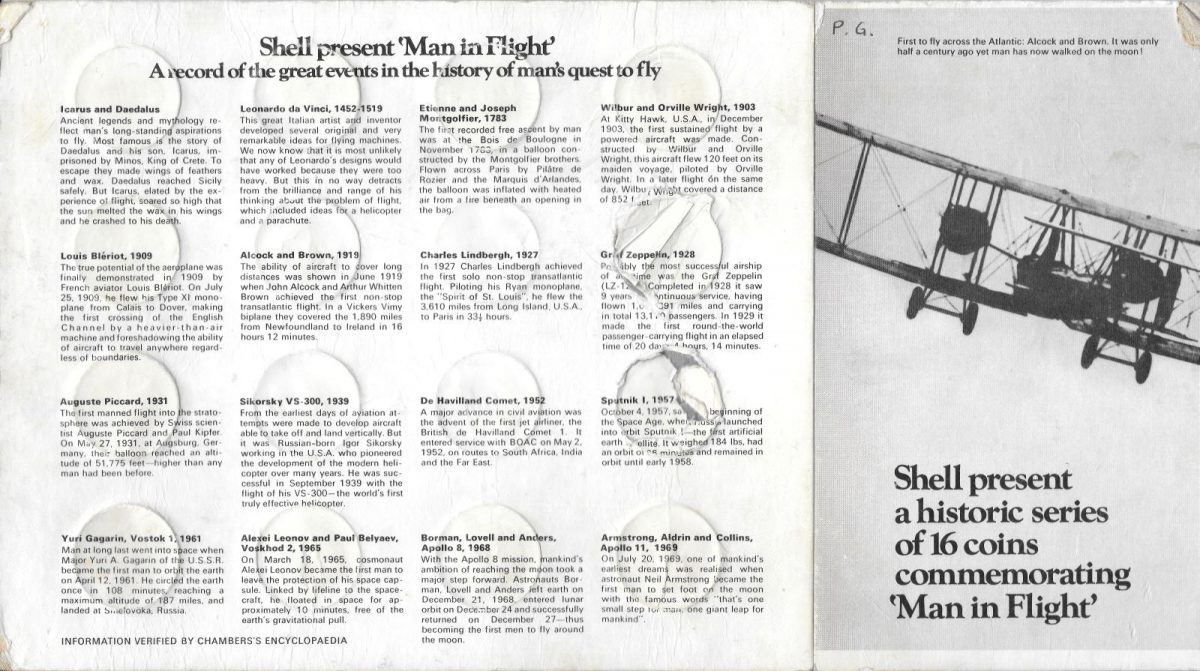 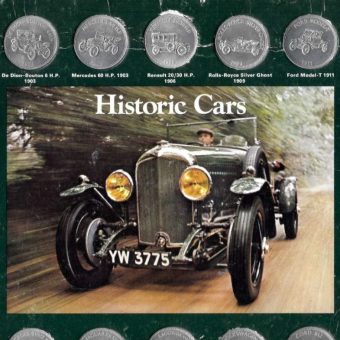