David Rostance has taken us around the United Kingdom in the mid 1970s, showing us trains in Manchester and life on the streets of Wolverhampton, Birmingham and London. In this tour, we stay in England’s capital city. Our interest is in the cars on London’s roads. When we showed you Bob Hyde’s sublime pictures of 1960s London, we were inundated with your comments on the motors, not least of all when it came to identifying the cars whizzing through Cambridge Circus and passing by the sign for ‘Service and Tropical‘. So here goes: 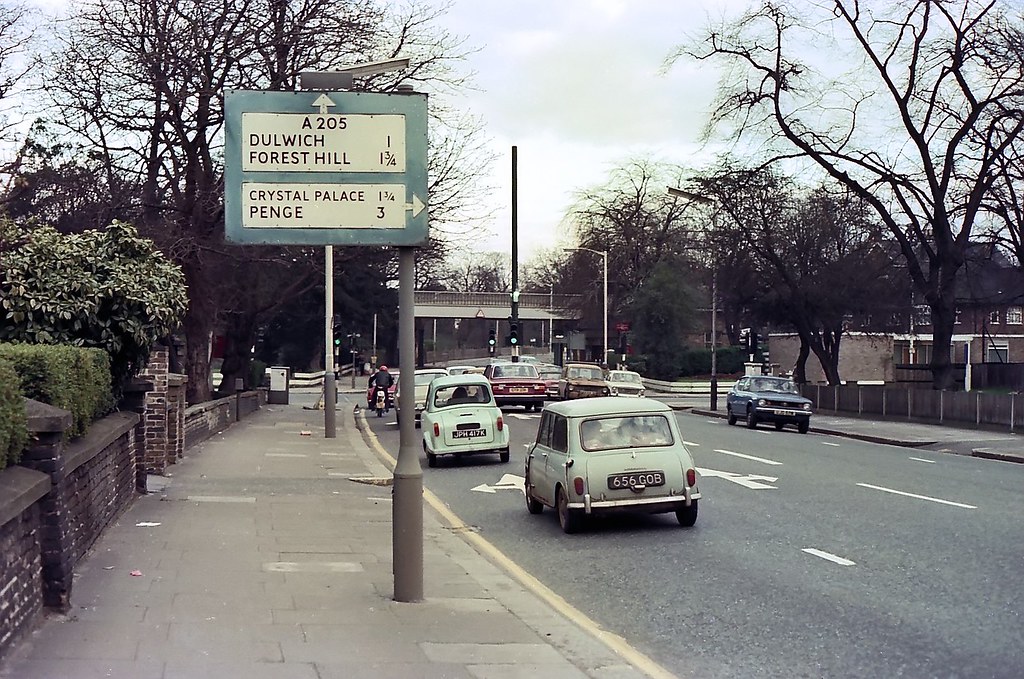 According to Auto Express magazine, the UK’s best selling cars in 1975 were: 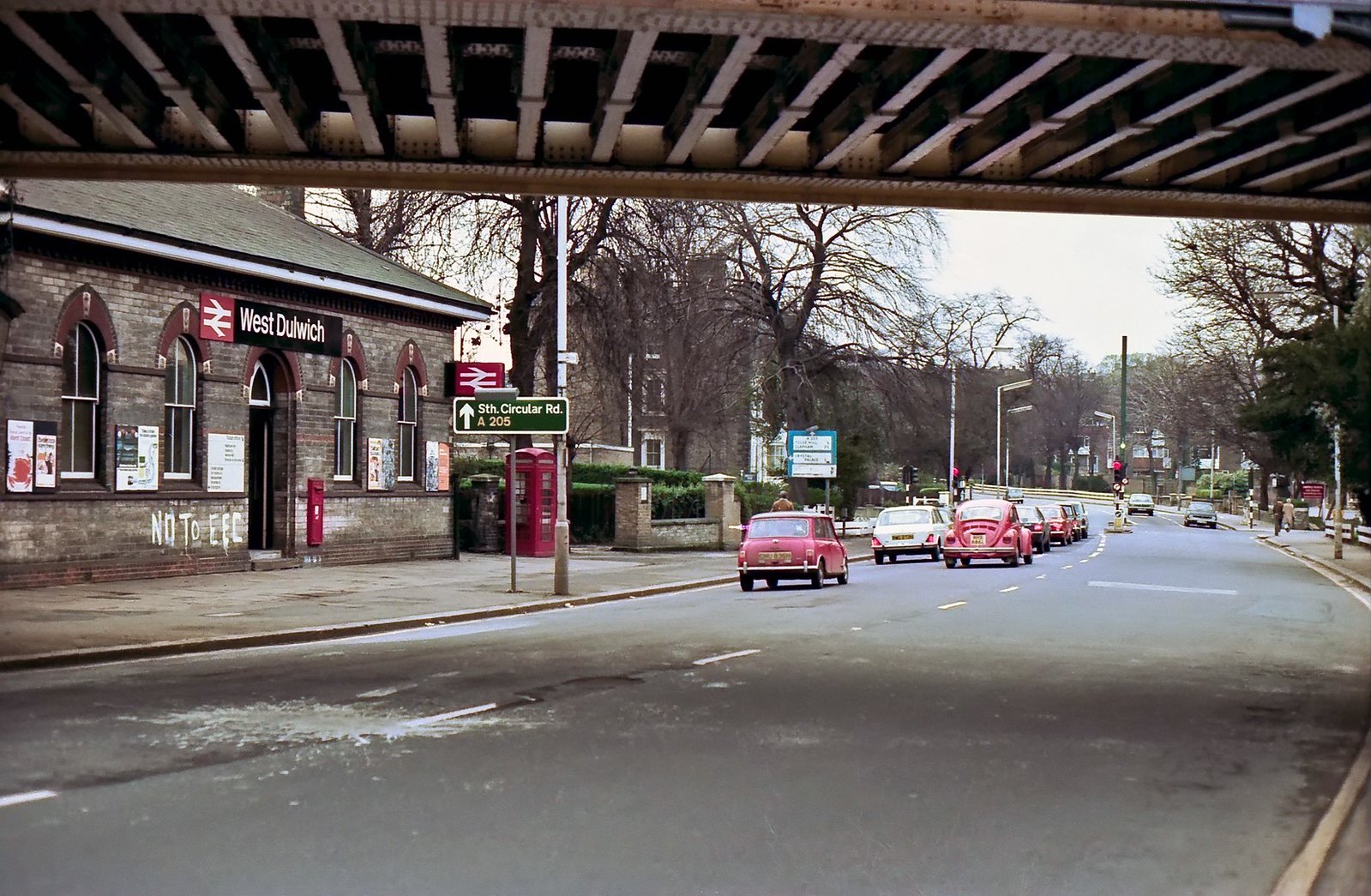 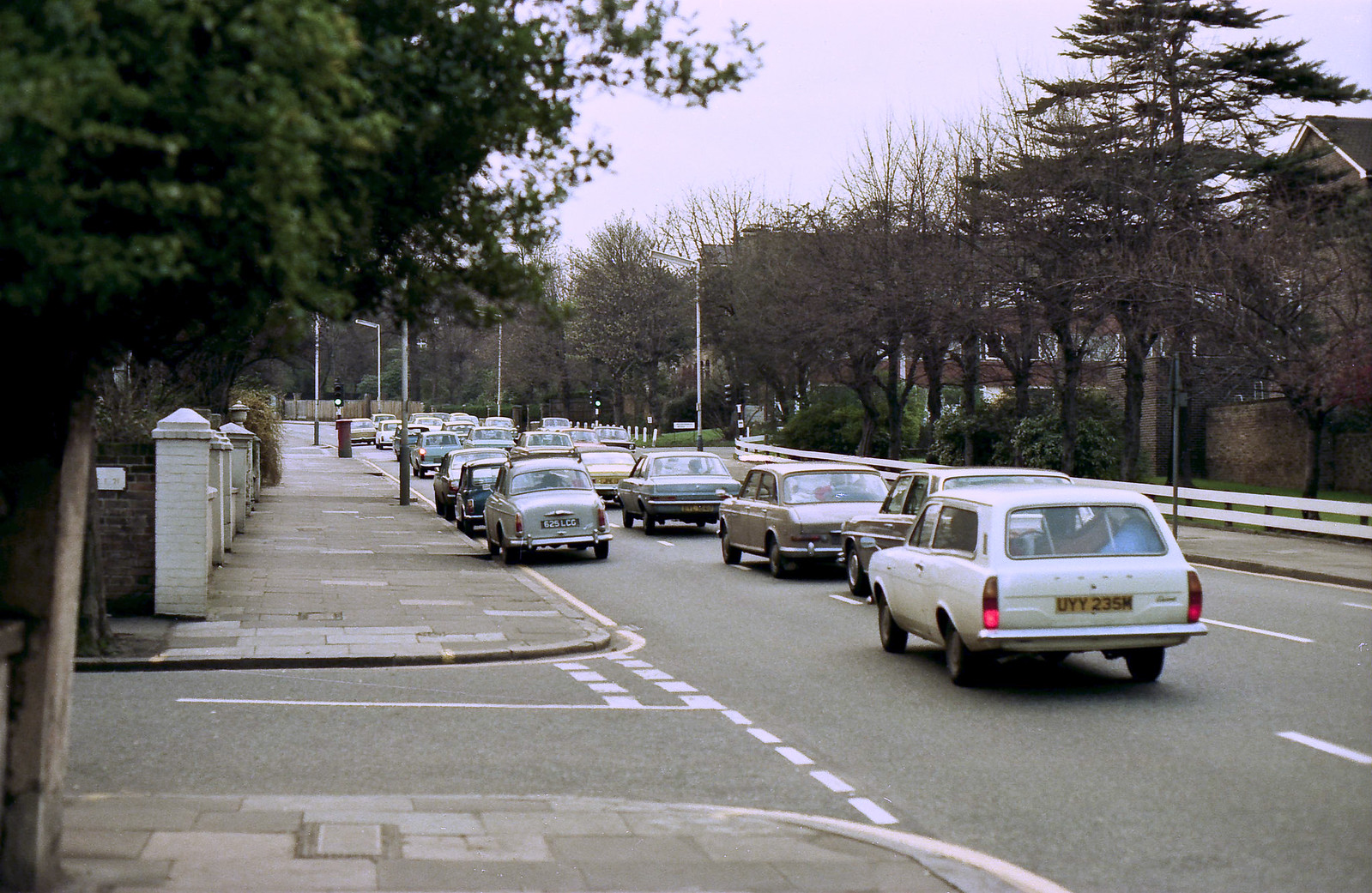 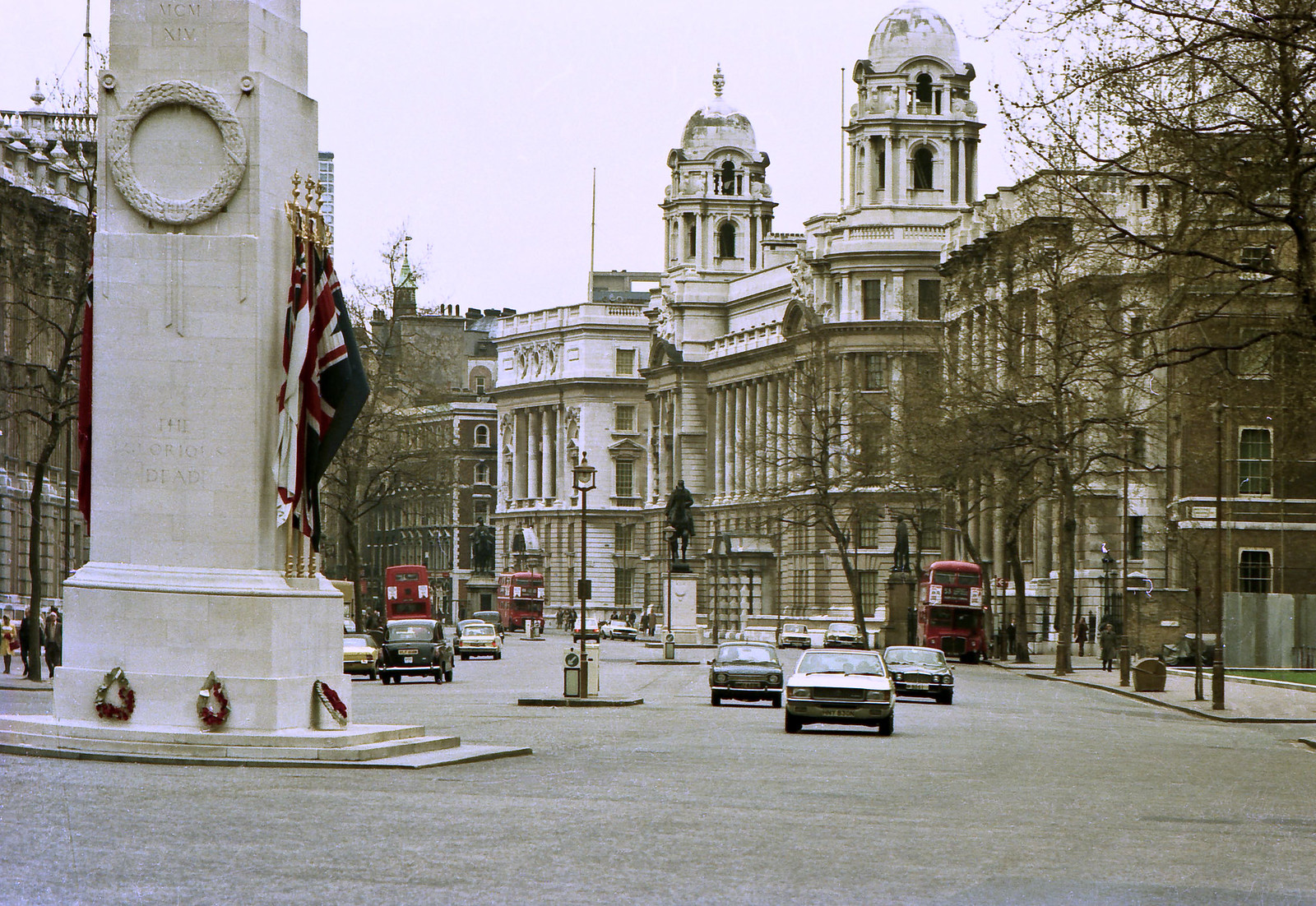 Whitehall and the Cenotaph, April 1975 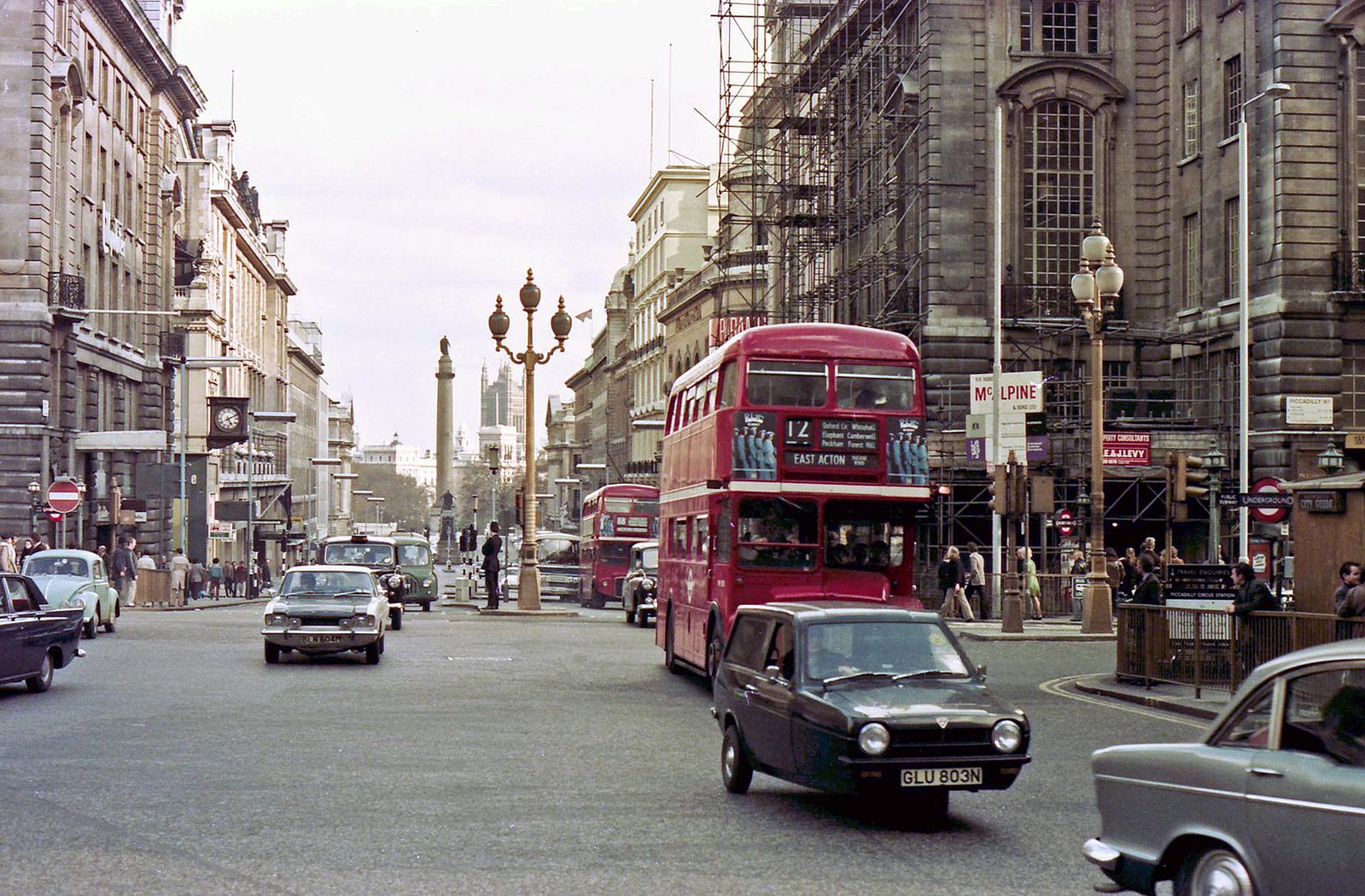 AEC Routemasters vie with other traffic at the junction of Lower Regent Street and Piccadilly Circus on 19th April 1975. 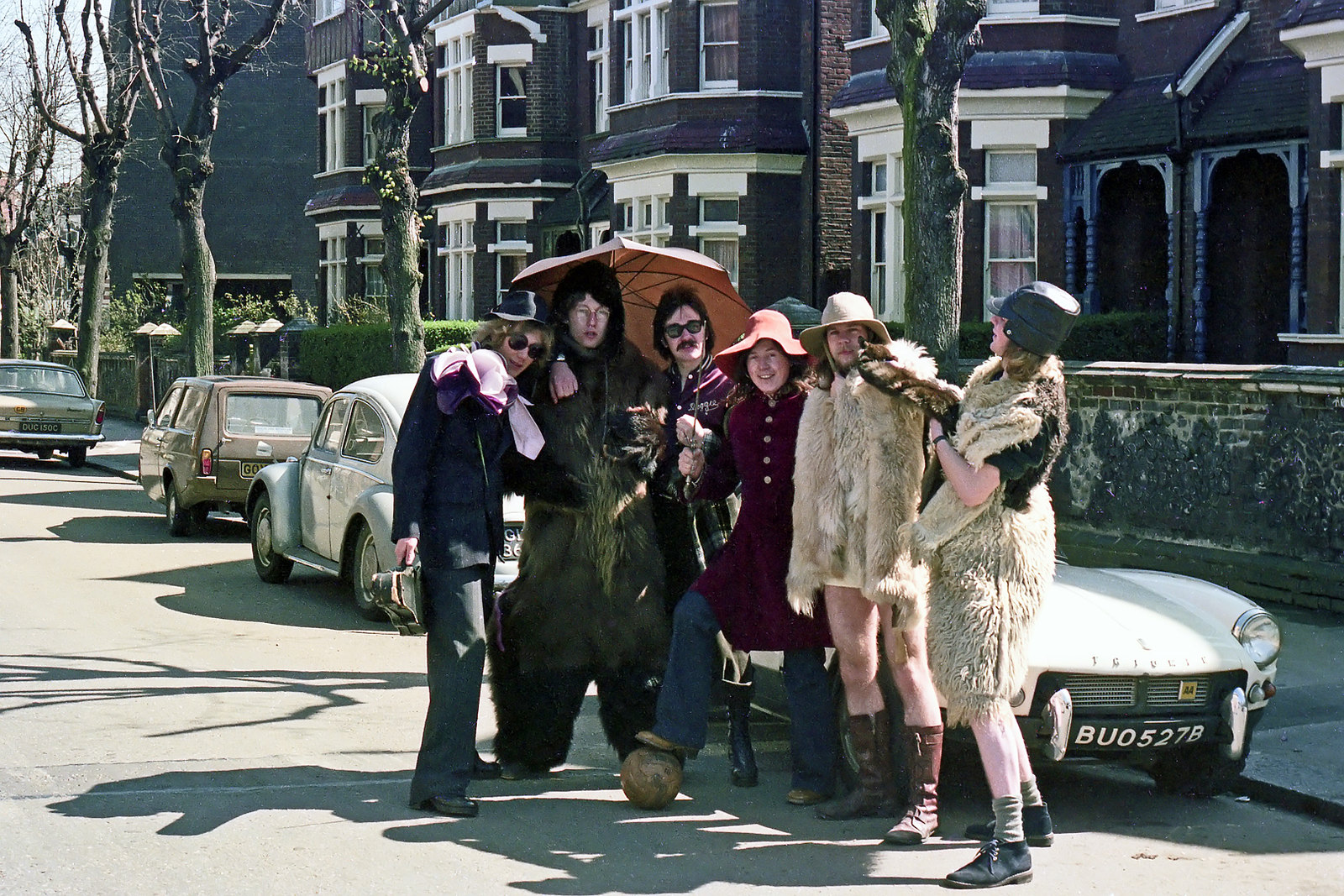 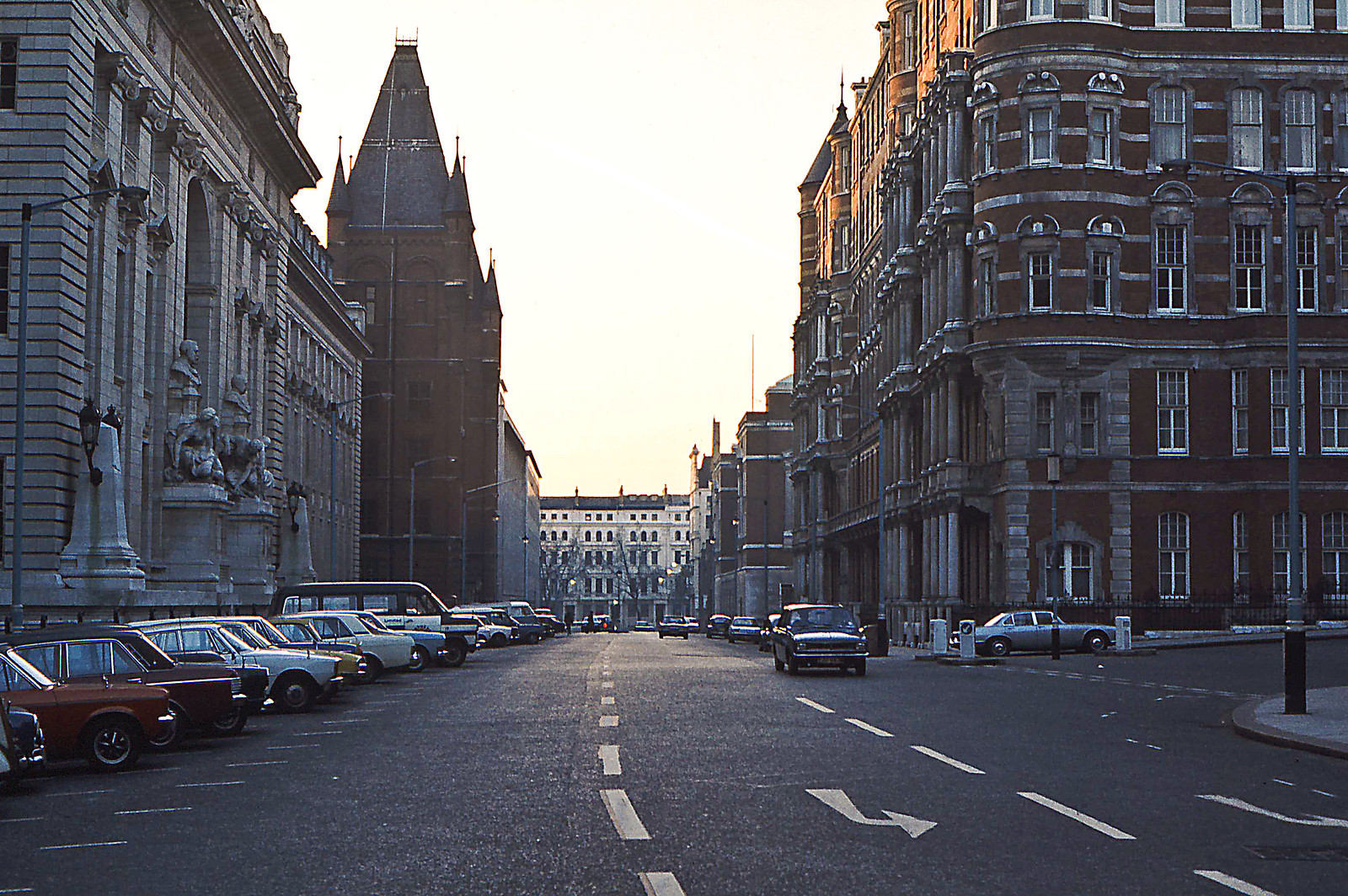 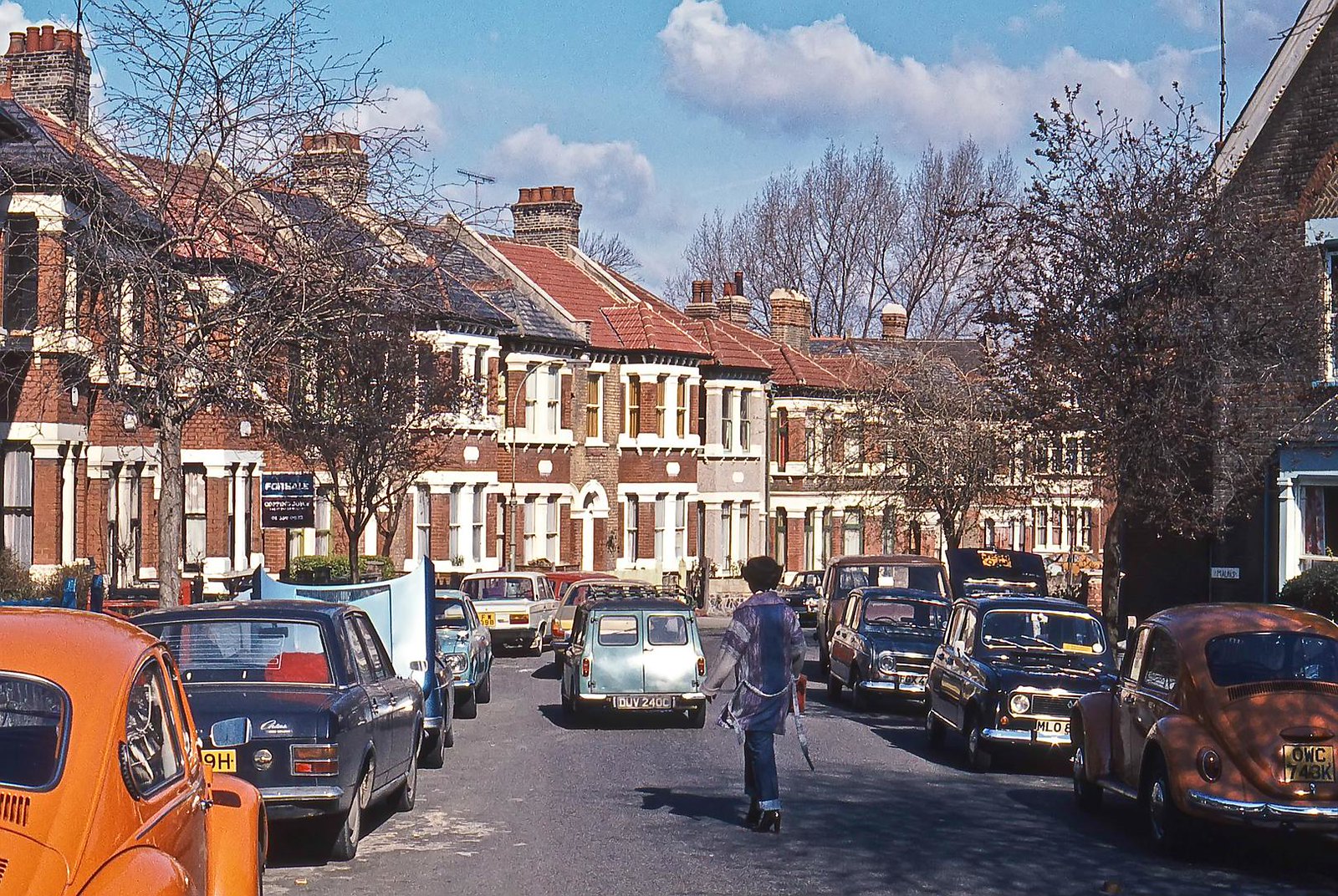 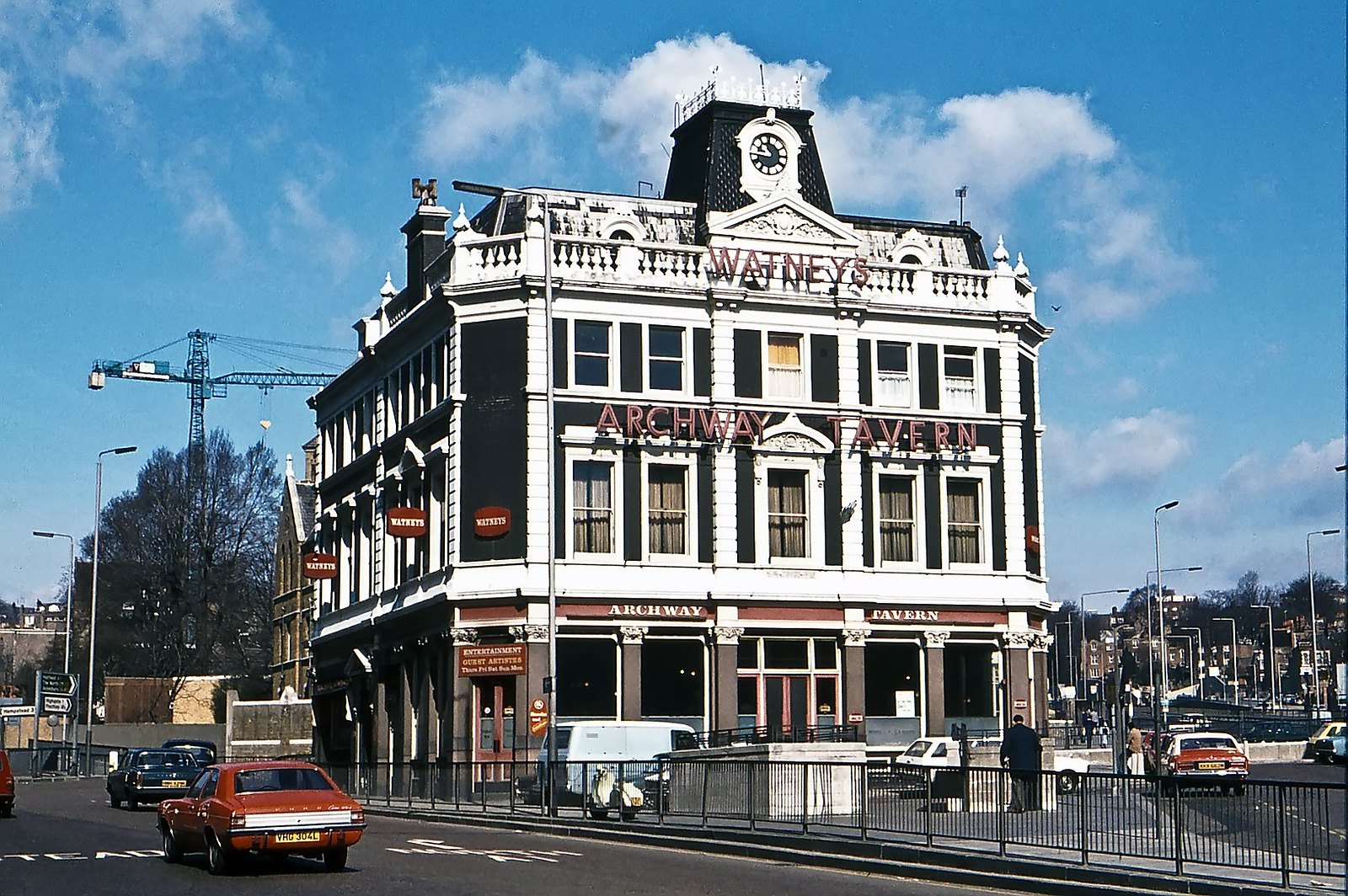 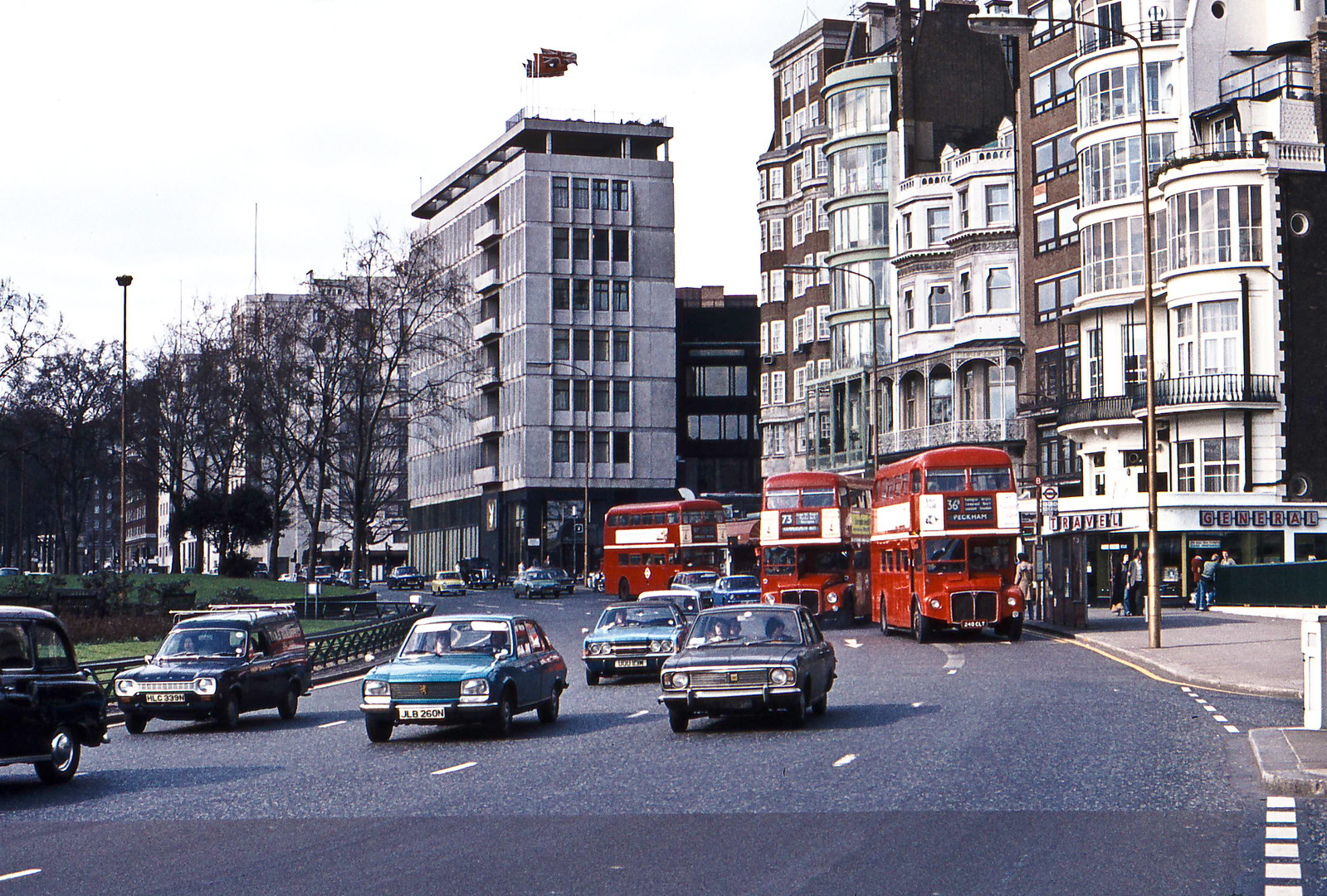 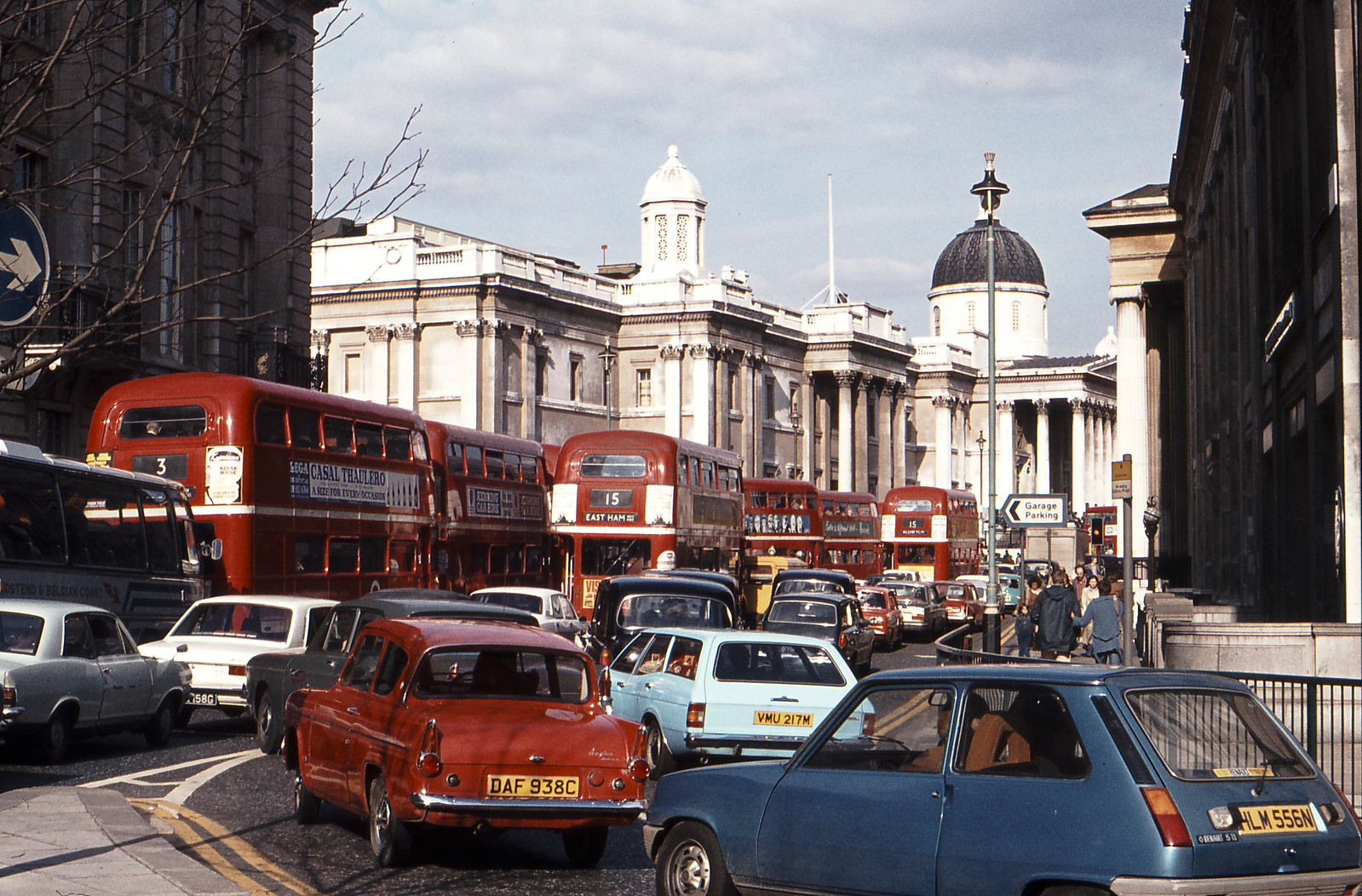 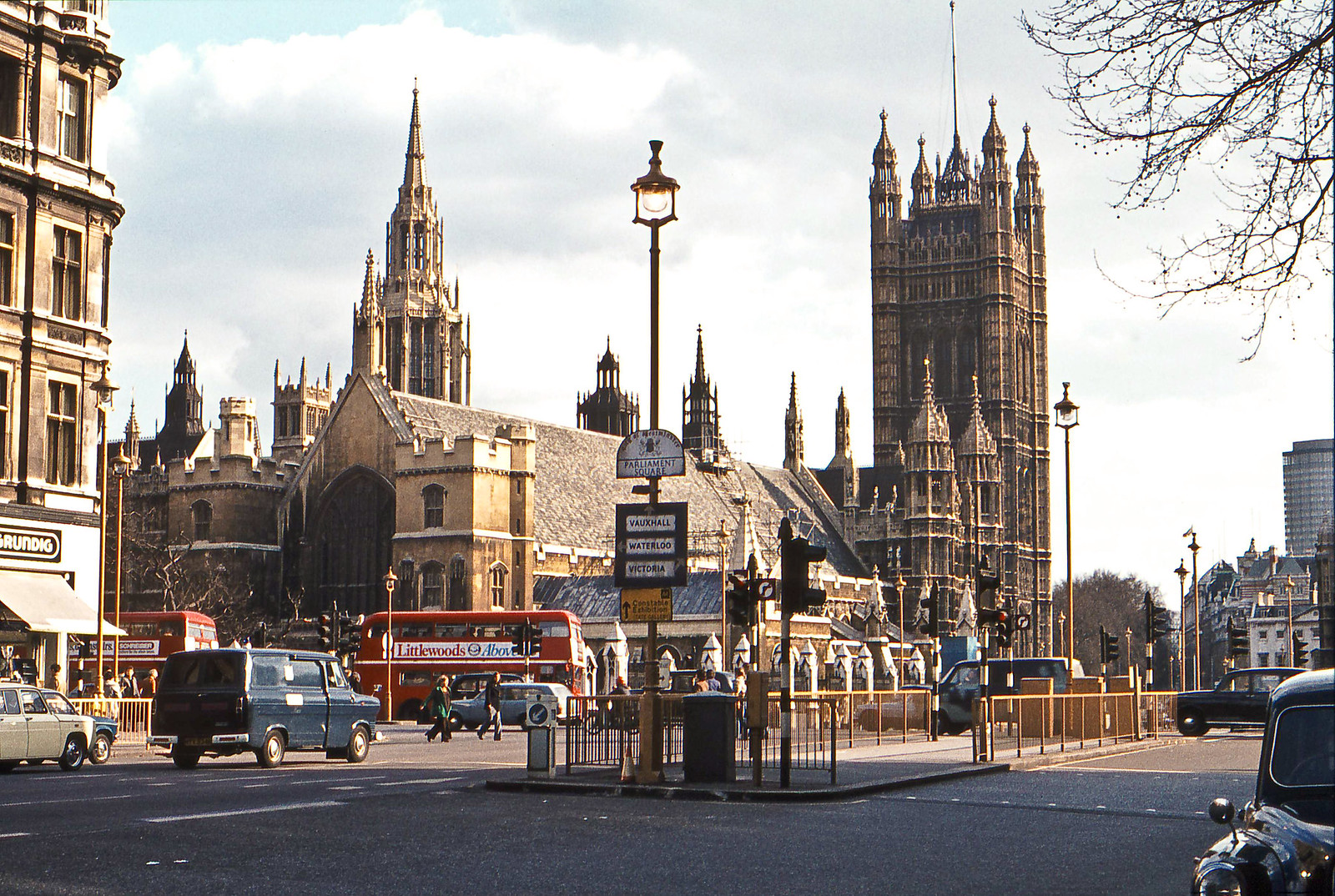 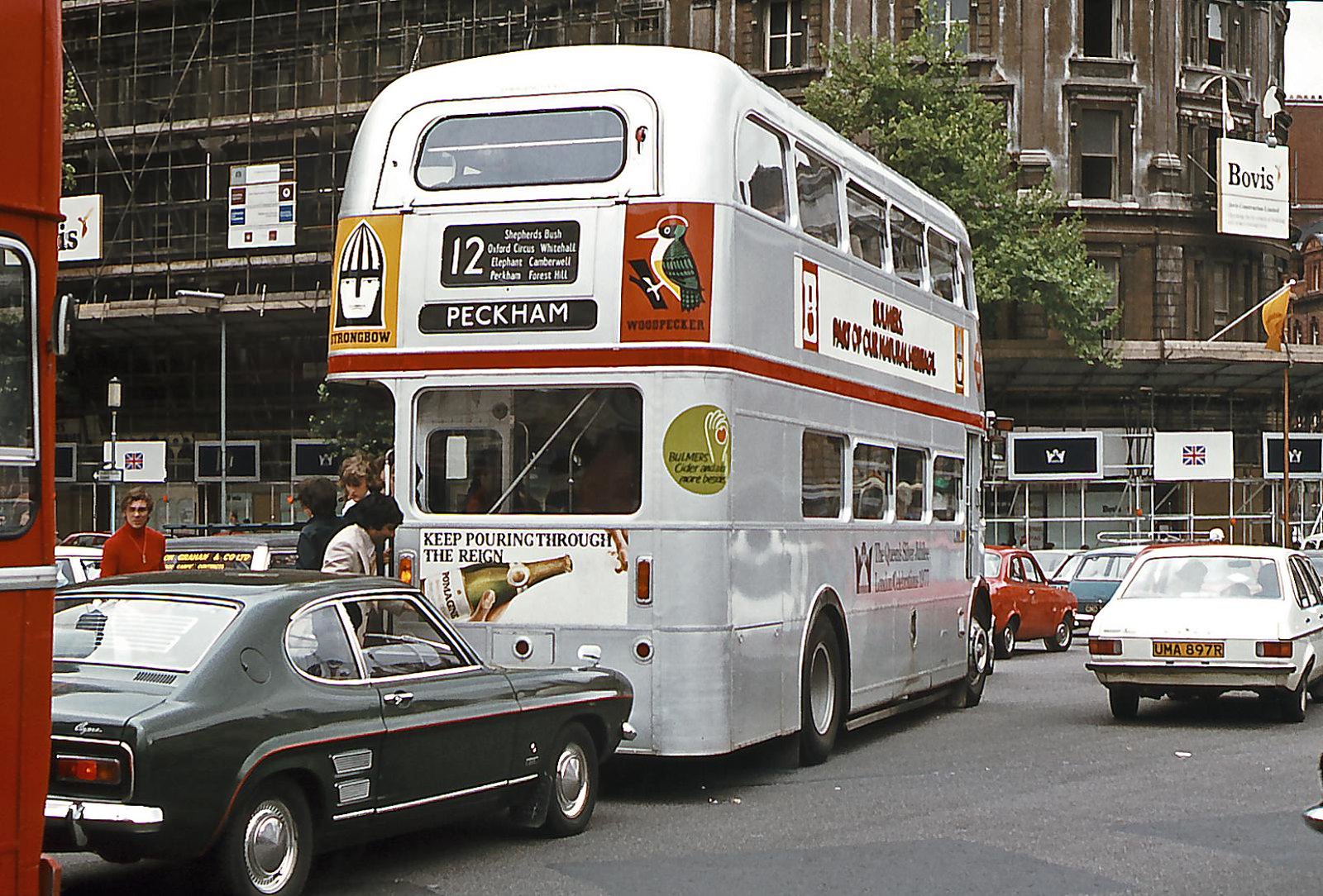 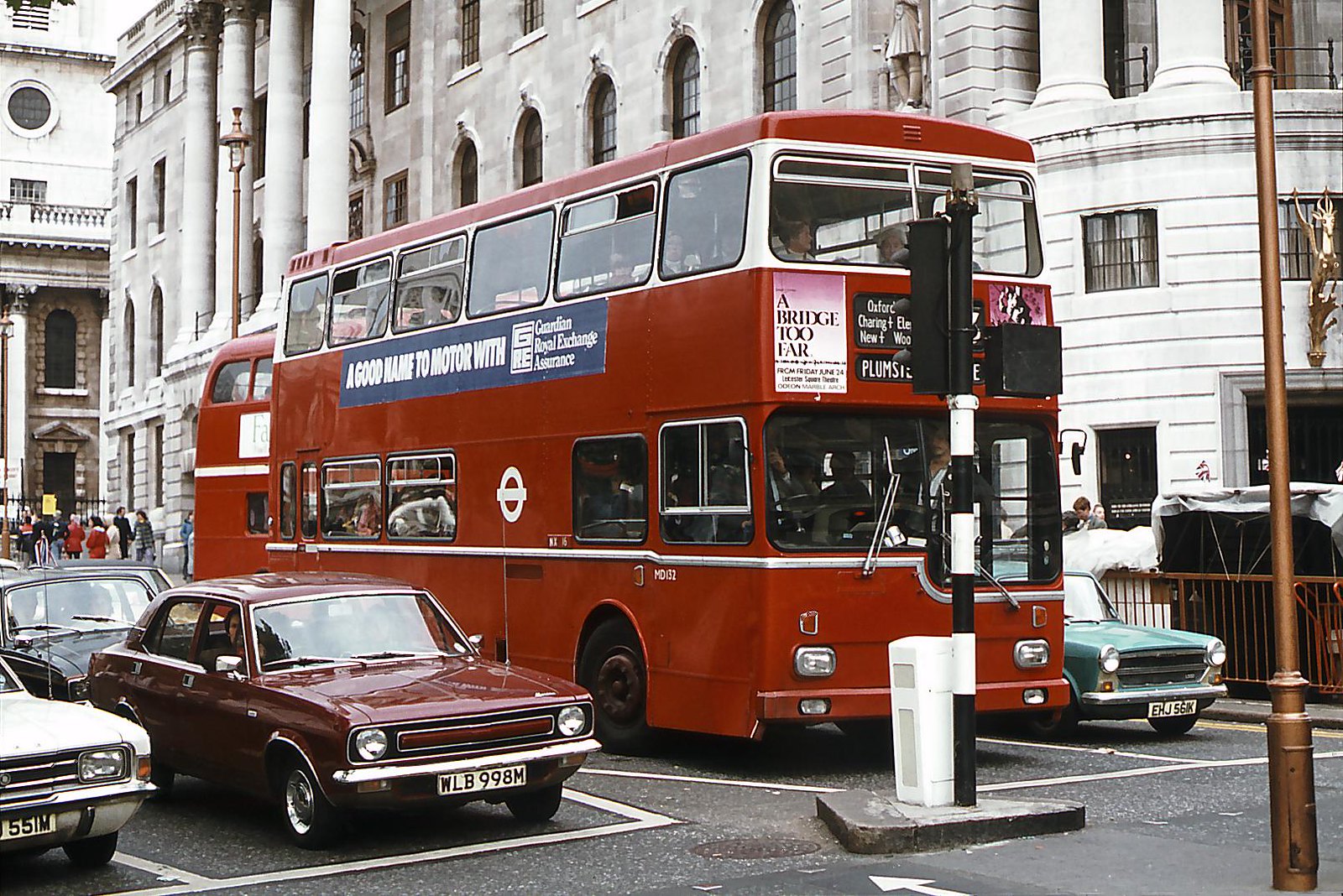 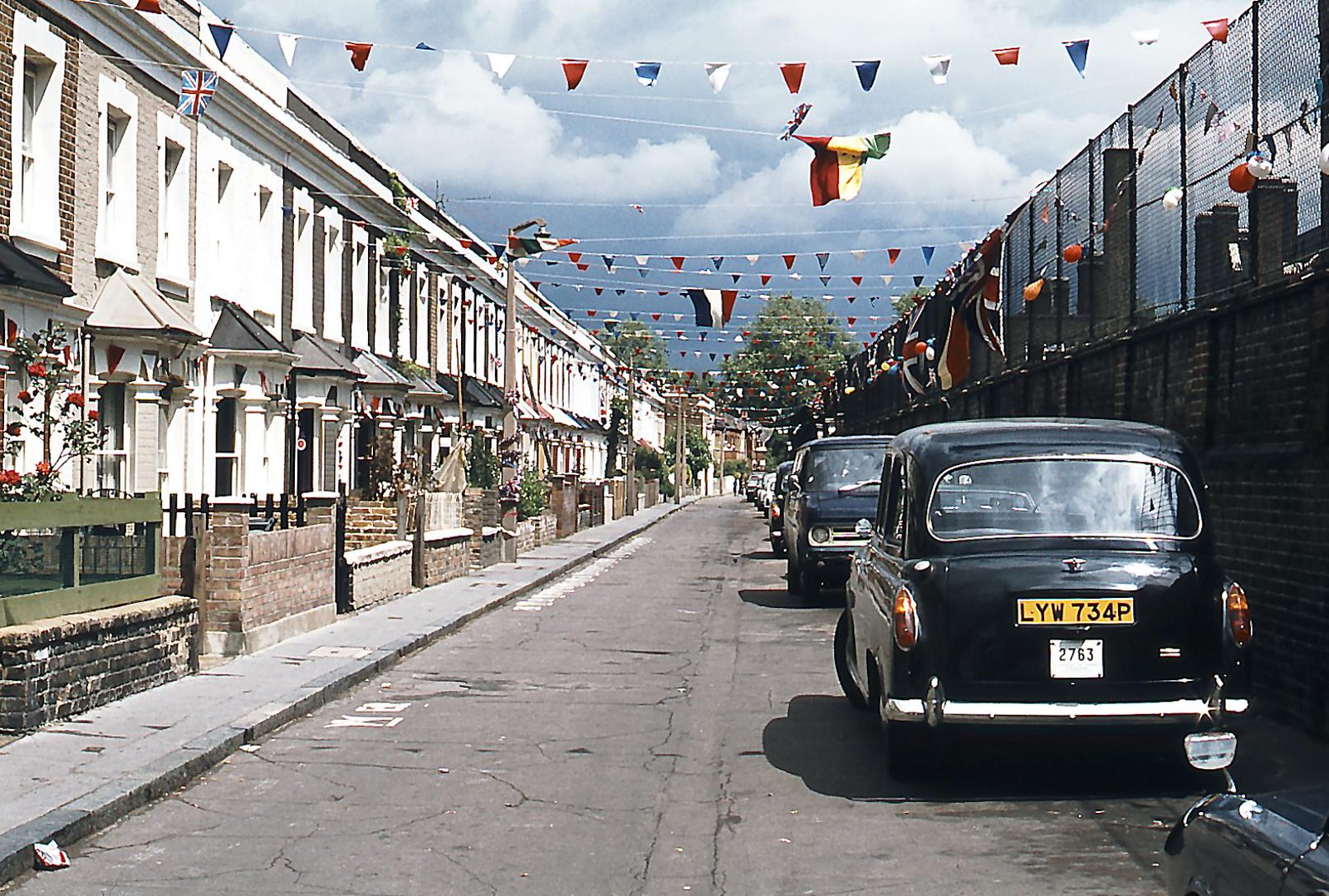 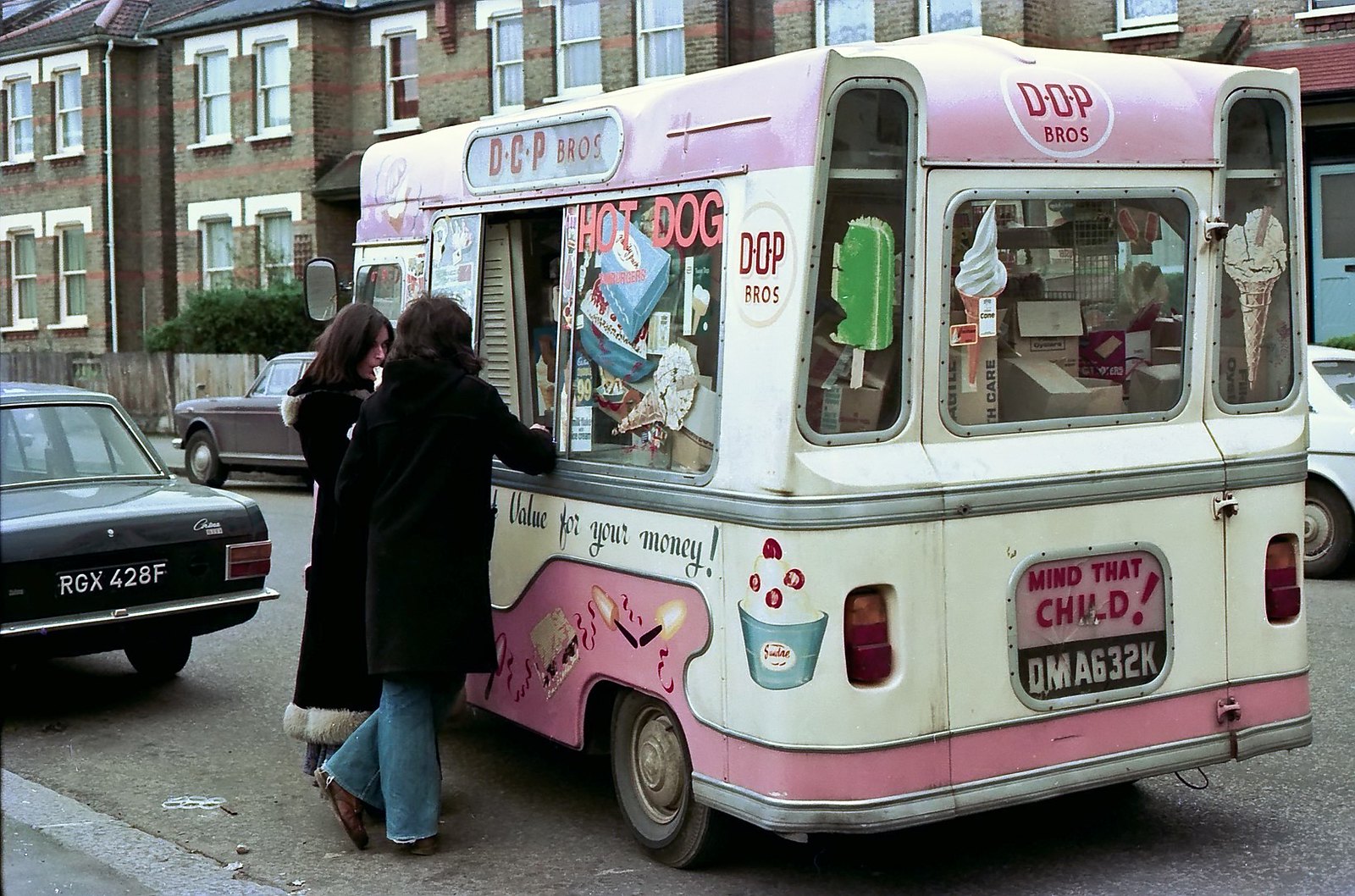 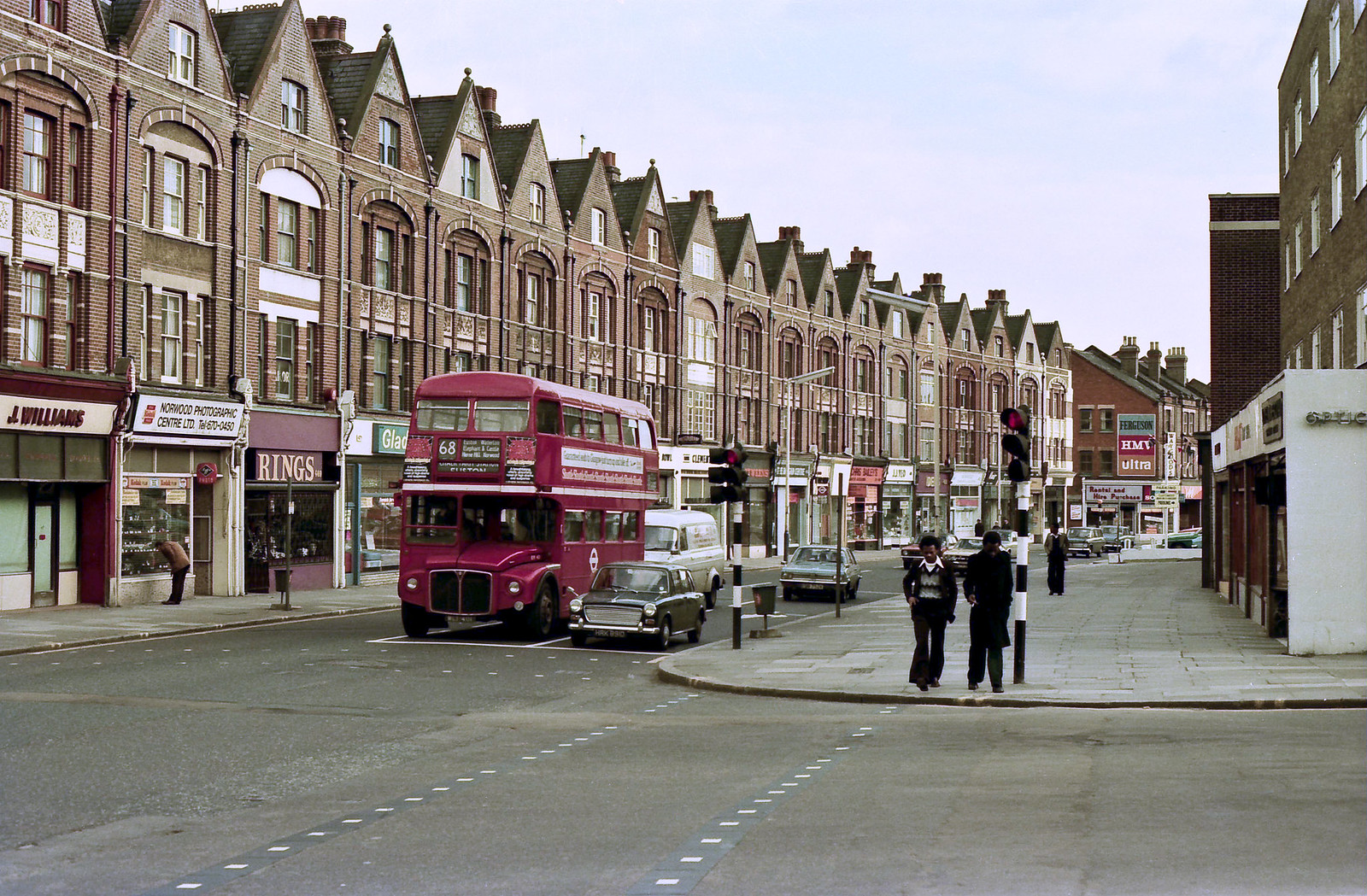 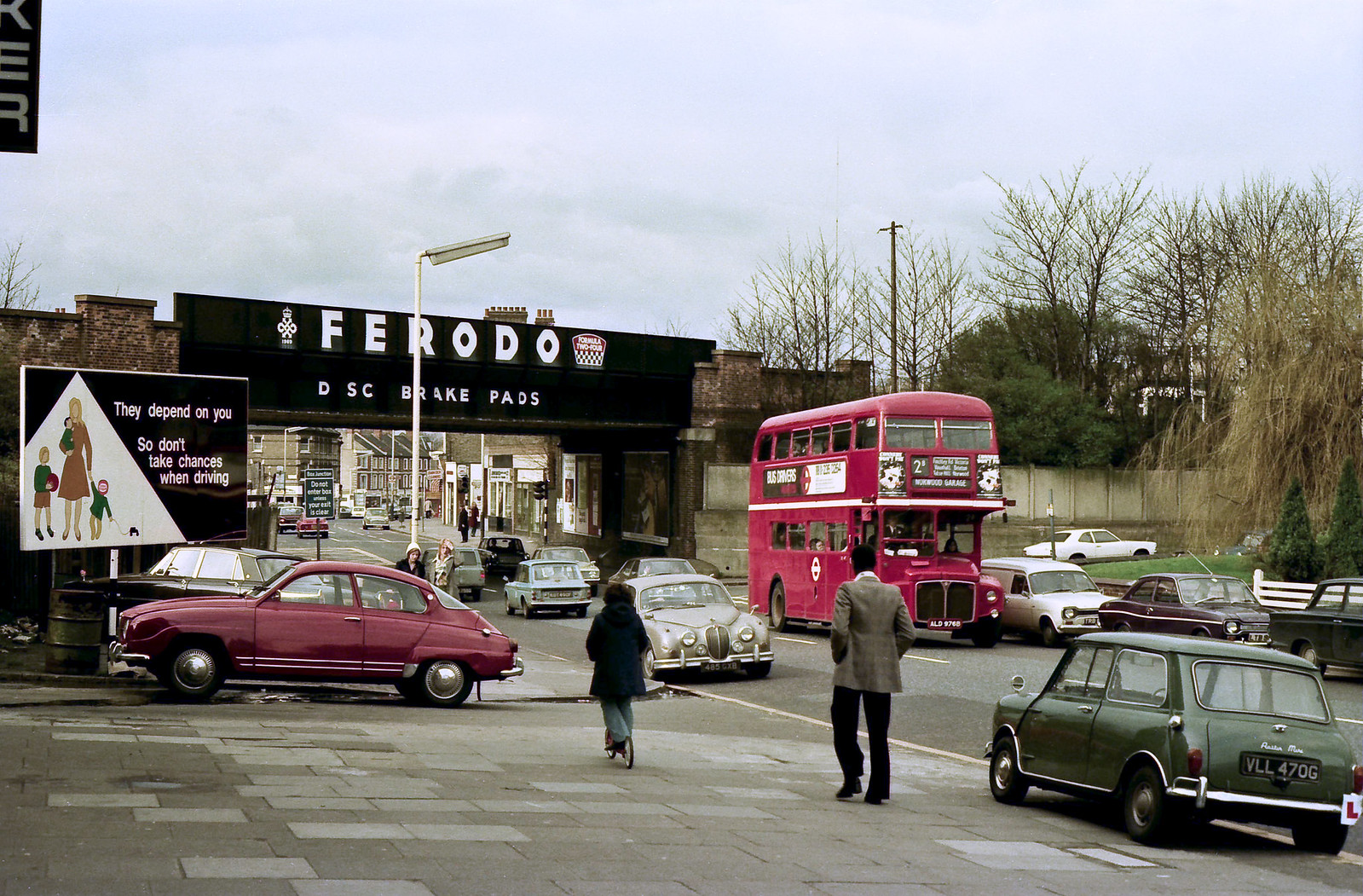 AEC Routemaster No. RM 1976 has just passed under the railway near Tulse Hill station on 16th March 1975. 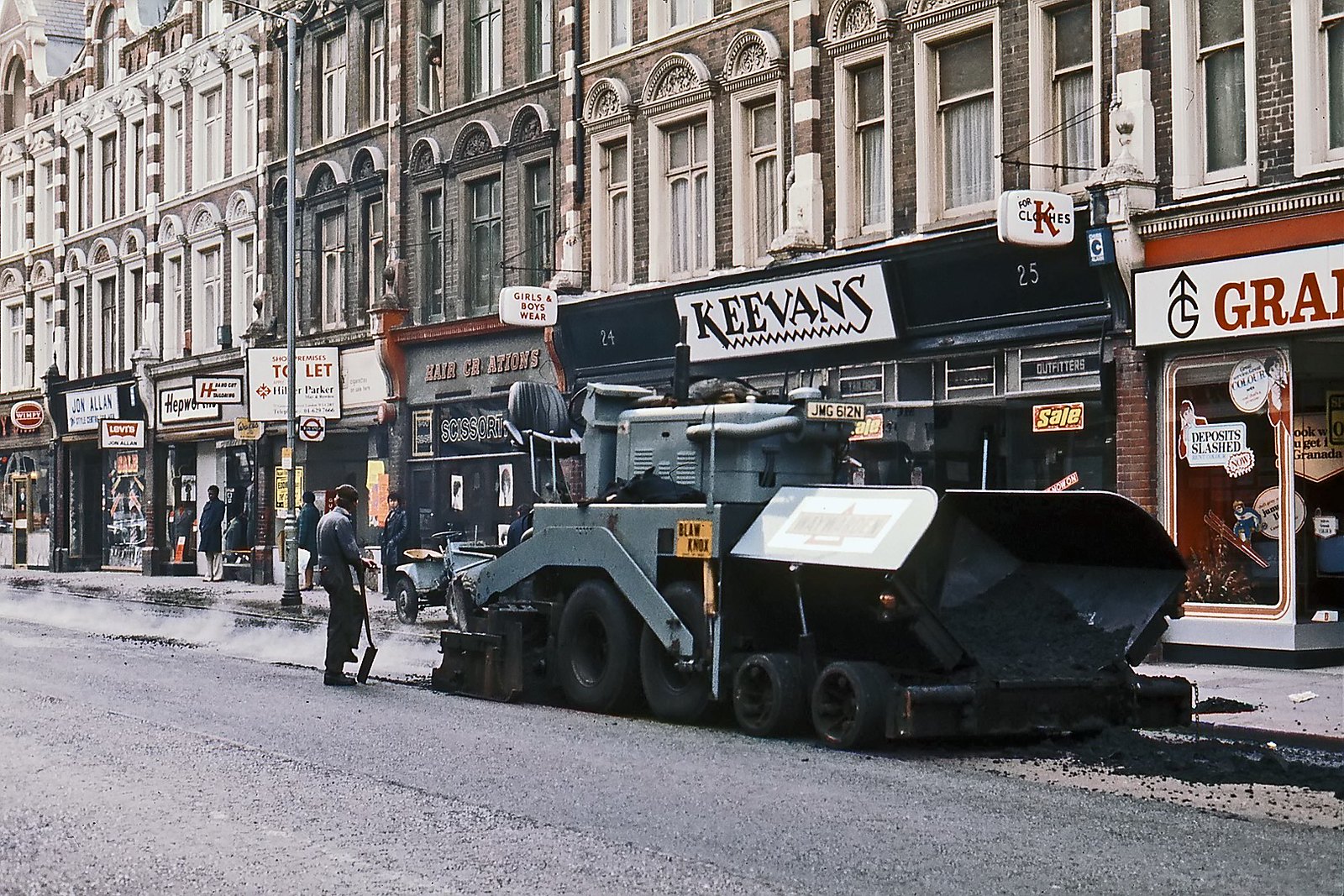 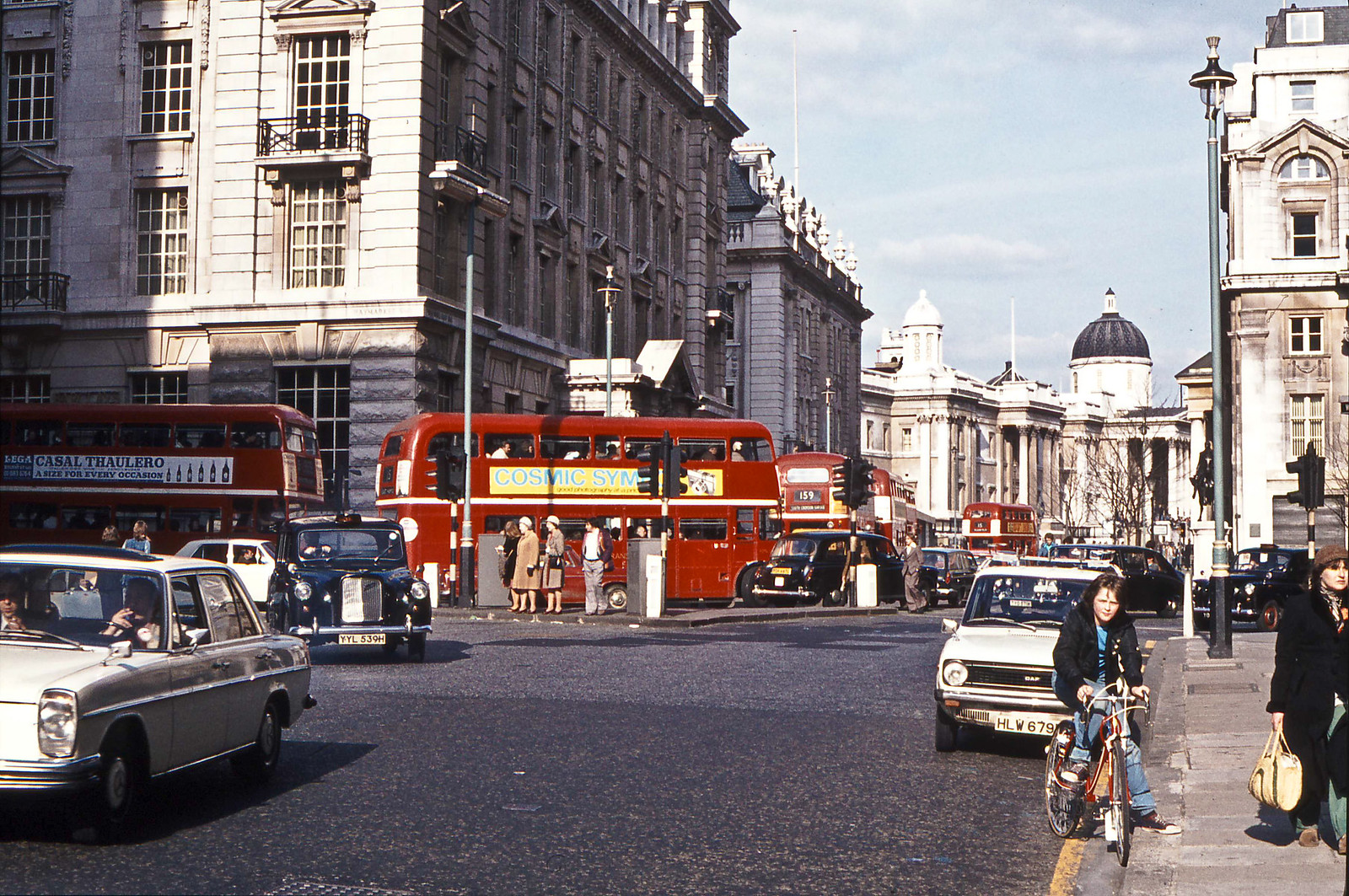 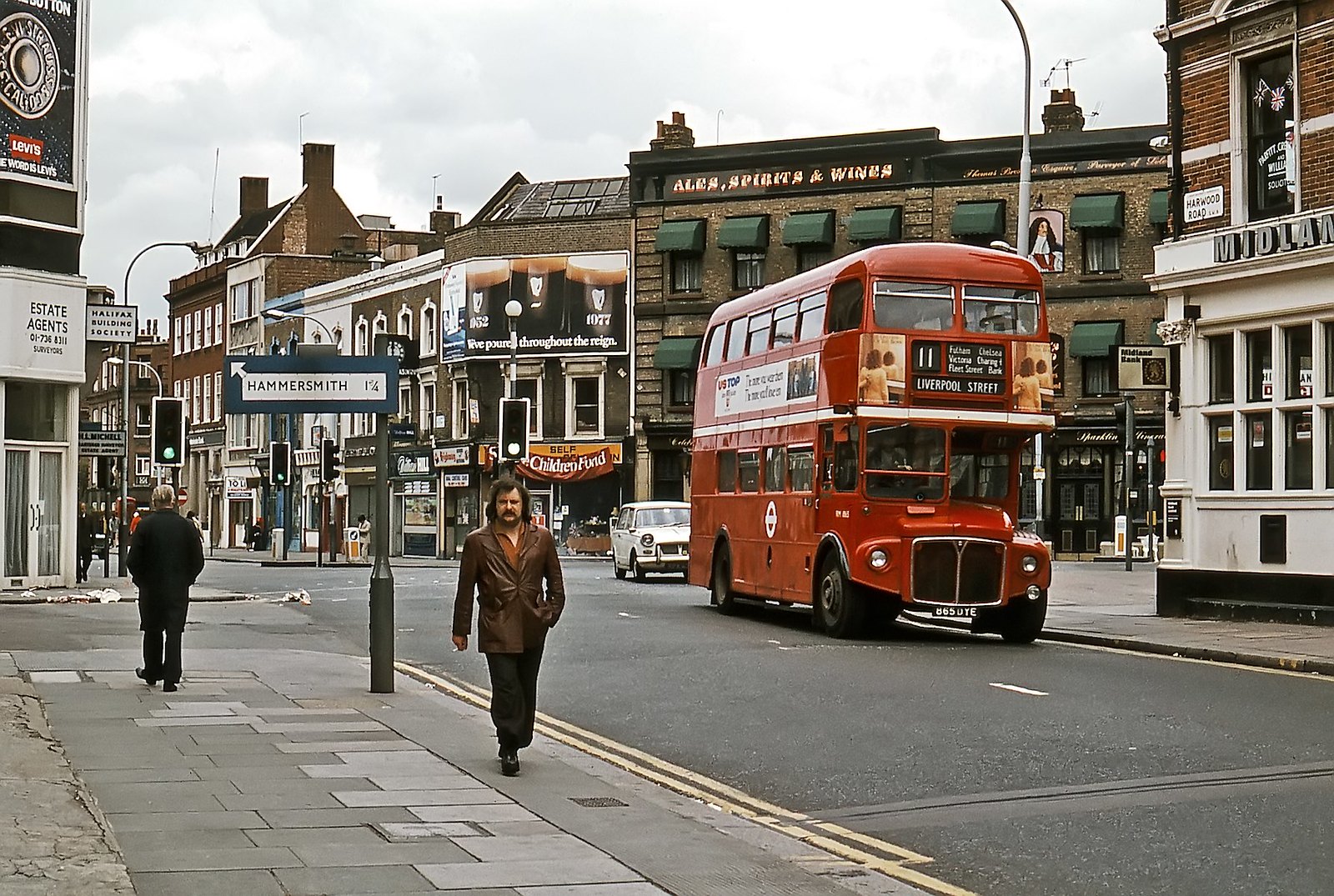