Back in August, we brought you pairs of albums which looked alike.  It was so much fun checking out these odd pair-ups throughout vinyl history, we thought we’d hit you with another round.  This time we’re checking out Vinyl Look-alikes with sex appeal.  God knows there’s been plenty of records which “sold the sizzle” over the years; let’s see some which go together… 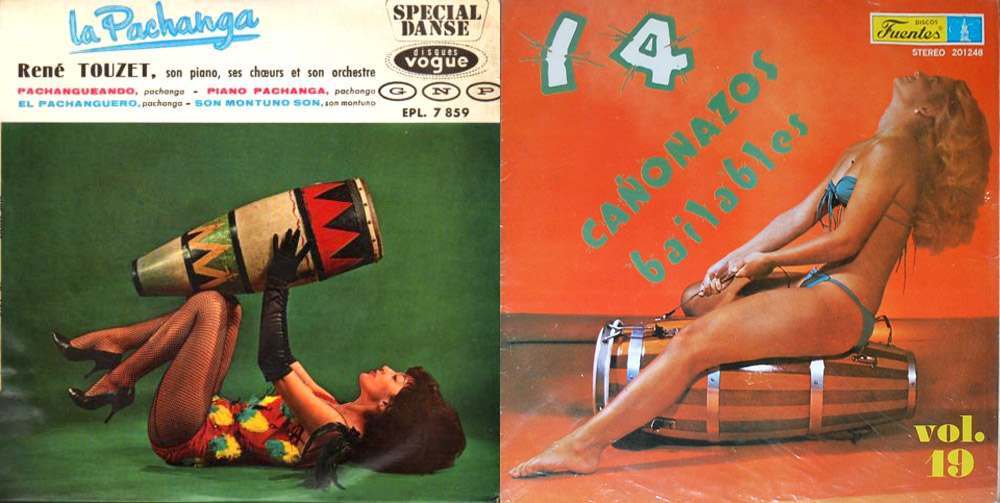 These chicks have a passion for bongos that, quite honestly, makes me a bit uncomfortable.

MUSIC WITHOUT BOUNDARIES… OR PANTS 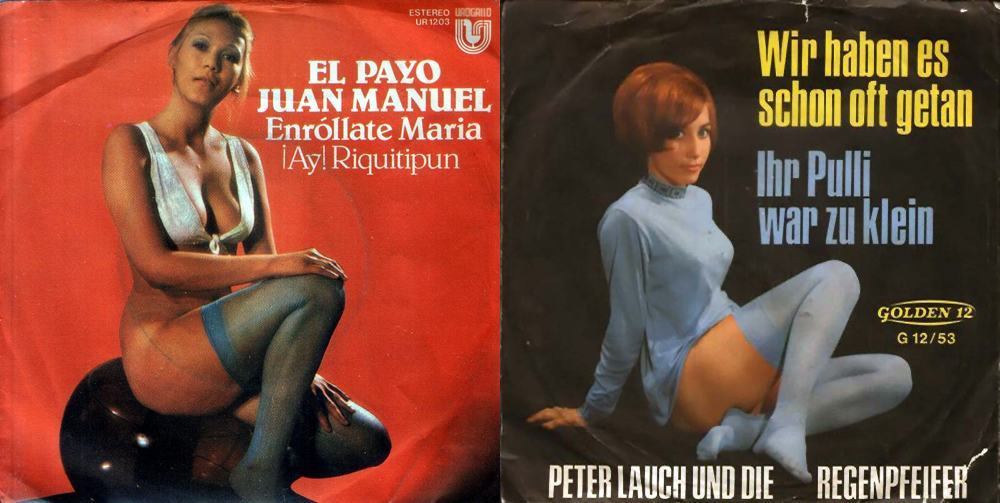 From Spain to Germany, album covers demonstrate the same universal truth…. the truth that men like girls without pants. 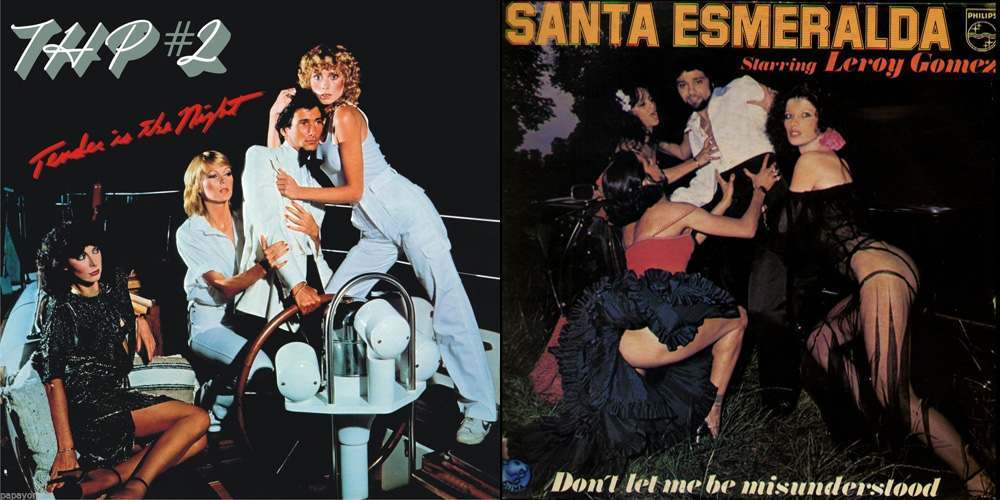 These men are being ravaged by hungry women.  While that definitely puts them in the “stud” category, they’ve got nothing on those bongos. 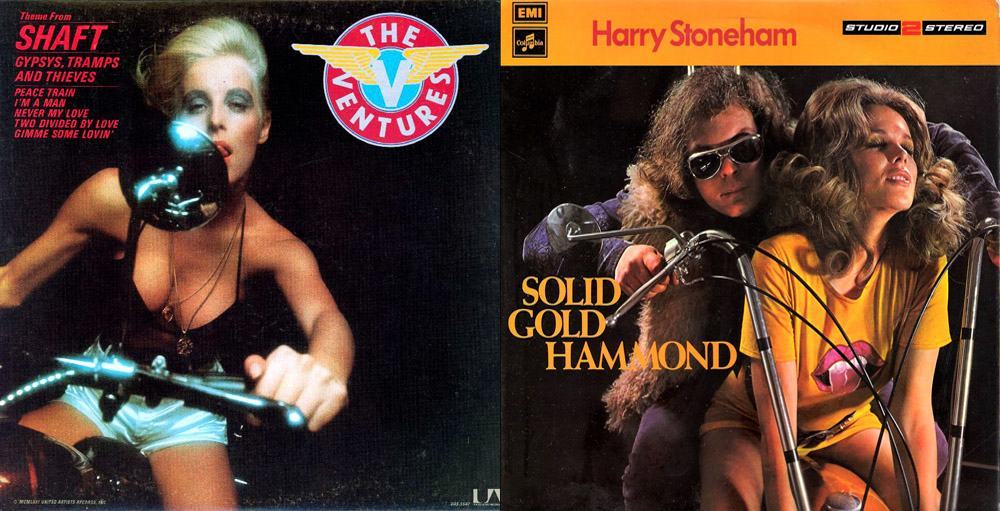 I must admit, bikers and orgiastic chicks don’t instantly spring to mind when I think of the Hammond organ, but I’m willing to roll with it.

When you run out of ideas for your album covers, you can’t go wrong with a close up of a woman’s crotch. Gal Costa and Jack McDuff went with the standby default crotch shot and it served them well. 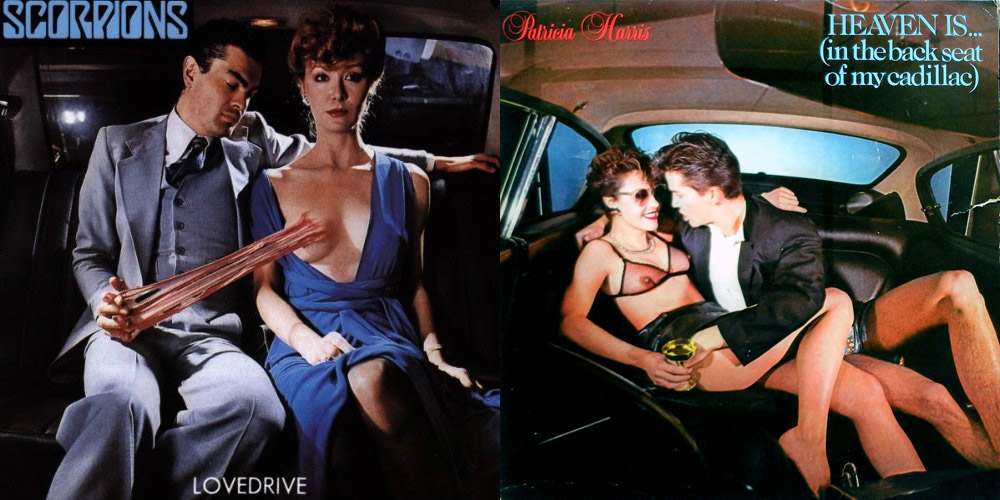 I’m not exactly sure why the man in the back of Patricia Harris’ Cadillac looks upset when he should be overjoyed… but then, we’ve got bigger questions to deal with on the Scorpions cover. 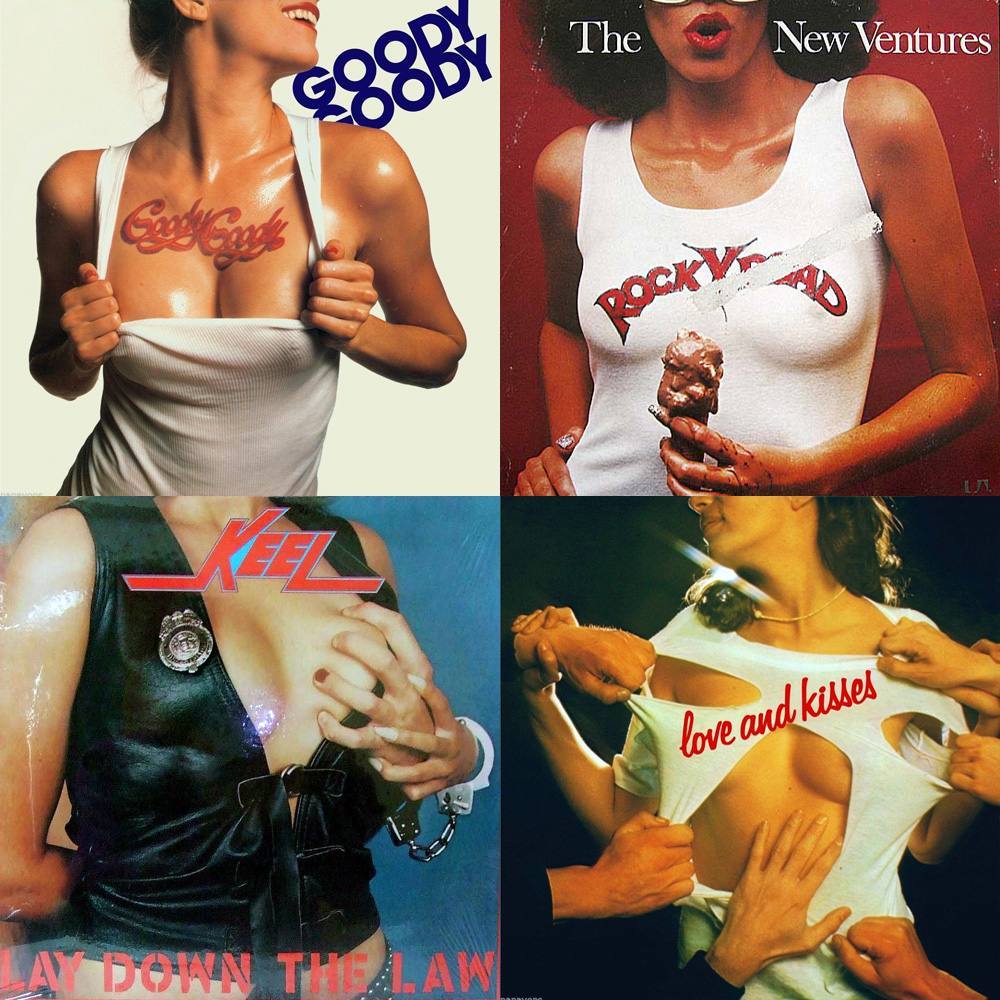 The number of LPs exclusively featuring a woman’s chest is legion.  I bring you only a tiny sampling of the vast catalog of boob records.

Of course, there’s no short supply on butt-centric album covers either. .. 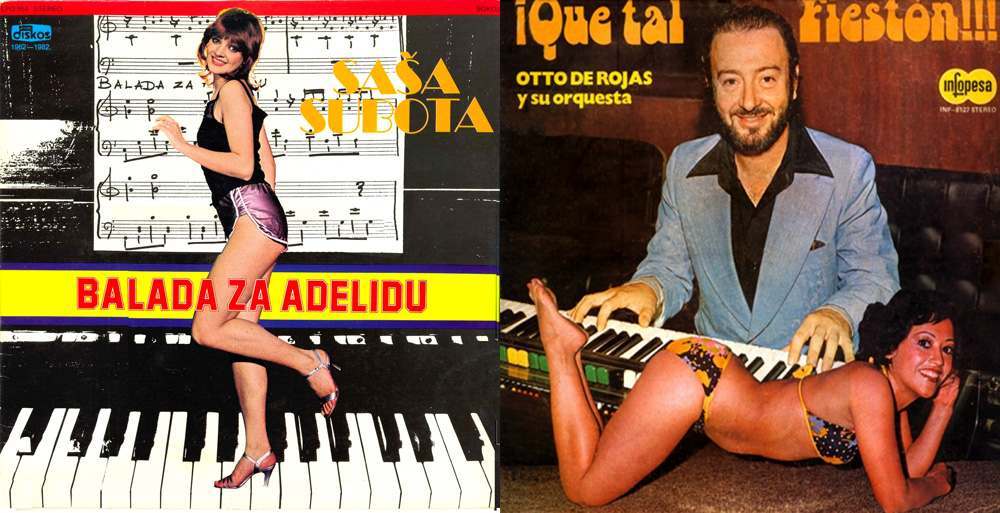 The Balada Za Adelidu record is cute; whereas, I find the Otto de Rojas cover a tad unsettling.

No matter which side the steering wheel is on, the Van McCoy’s babe and disco funk goddess, Claudja, are always is in the driver’s seat. 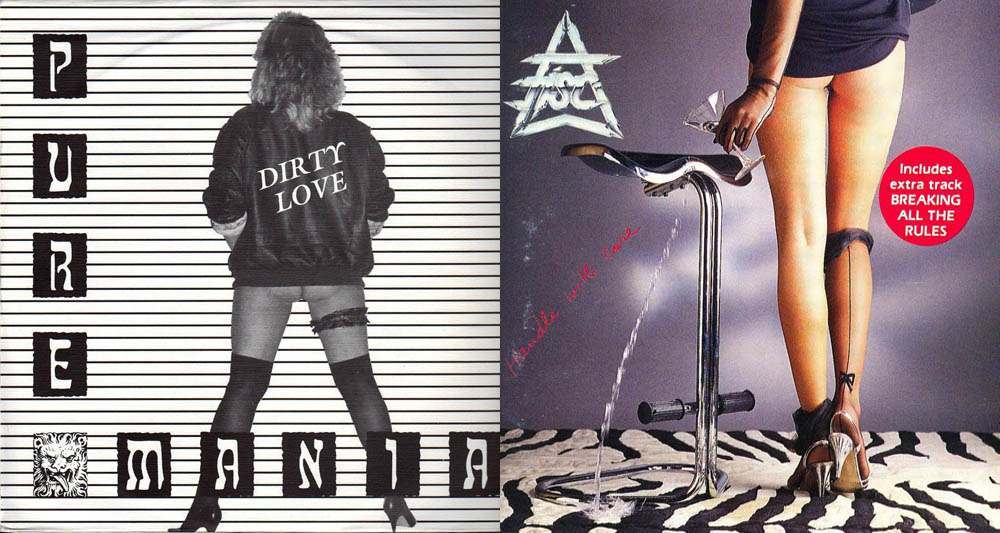 The Southern Exposure chick makes the standard “O” face, while the Hammond girl looks at us with disappointment.  I feel so ashamed.

I could deliver many, more covers which look exactly like these, but I’ll exercise restraint and move on to the last category of vinyl look-alikes… 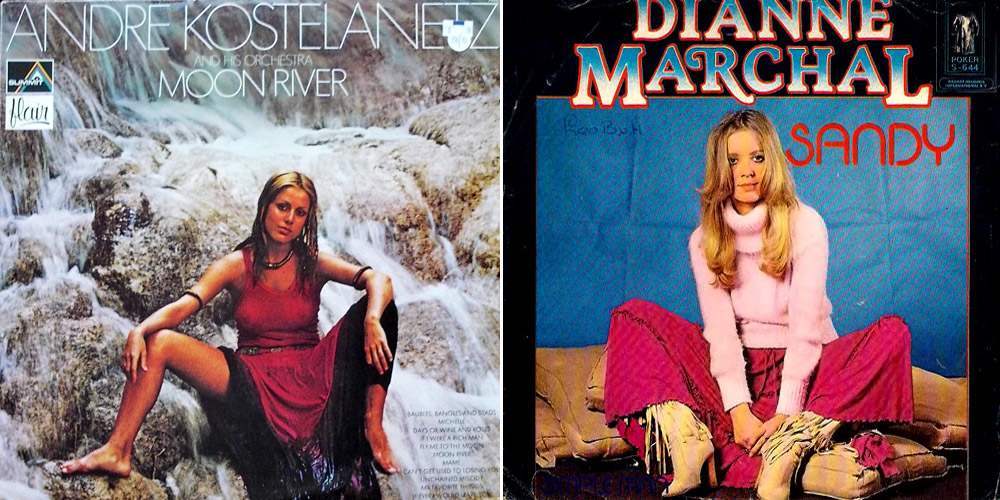 There’s no shortage of album covers of ladies welcoming us with legs wide open.  Here’s a few more…

The second is the back cover to Barbara Law’s Take All of Me LP (in case you were curious). 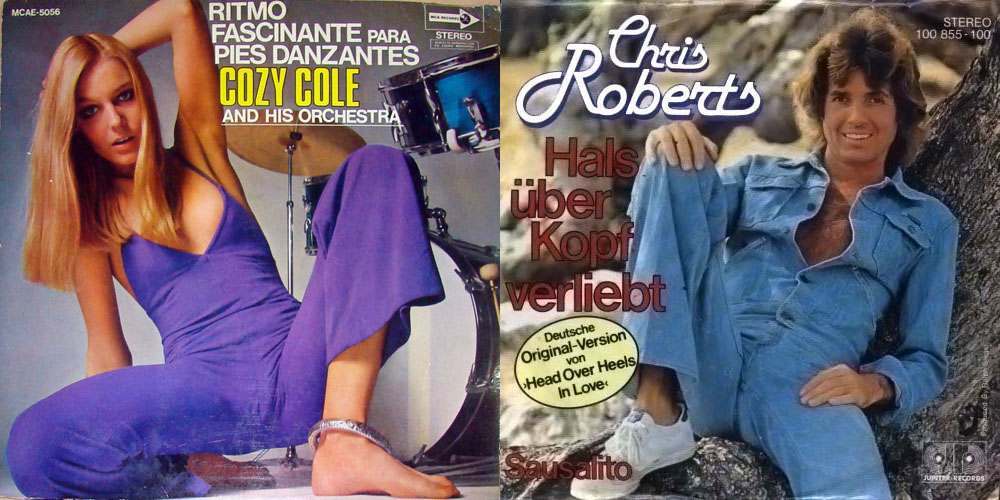