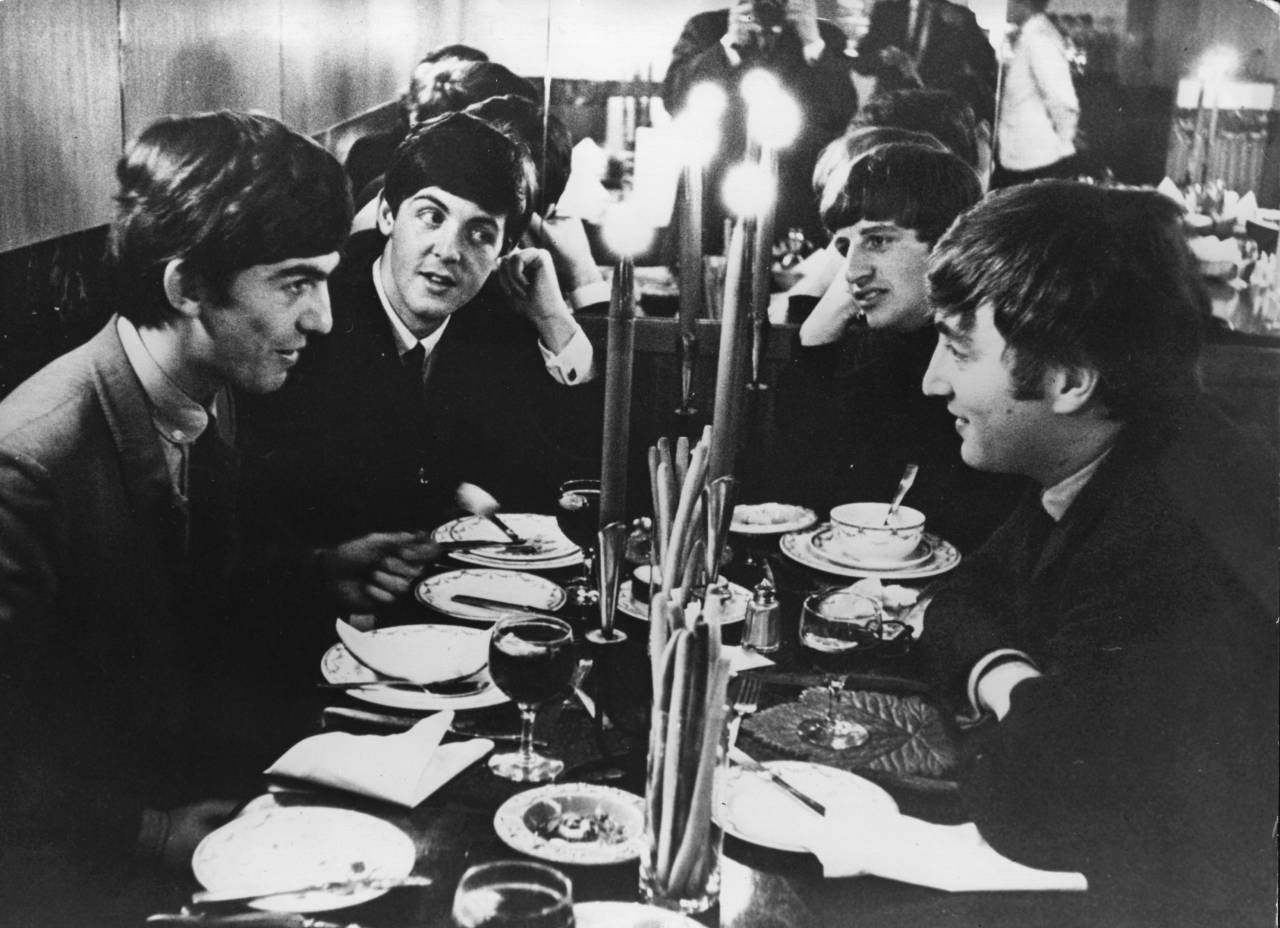 Back in the early 1960s, popular music (or “the pops” as it was known) was a singles game. Albums (or “LPs” as they were known) were created by the simple expedient of slapping on a couple of already released hits and padding out the rest with assorted rubbish, often composed by managers and producers in order to earn “song-writing” royalties.

Keith Richards (or “Keith Richard” as he was then known) described them as “two hits and ten pieces of shit”. Then came the Beatles’ first LP: “Please Please Me, Love Me Do and 12 other songs”. But this was different: two hits, some classy covers of other people’s hits, and a bunch of potential hits for other acts to nick. The formula was changed at a stroke, and pop music would never be the same again.

The Beatles continued to release best-selling singles (and how) and their albums set new benchmarks of creativity and quality. So prolific was their output that the LPs often contained no singles at all.

Most groups would have killed for 45s like I Saw Her Standing There, All My Loving, Eight Days A Week, Yesterday, Drive My Car and the rest. Yet the Beatles were happy to use them as album tracks, alongside all the other idiosyncratic and innovative songs with which they delighted their fans and kept the competition guessing.

Now that their catalogue has been re-mastered in mono and stereo, attention is once again focussed on Tomorrow Never Knows, Strawberry Fields Forever, A Day In The Life, and all the usual suspects. So here instead, for your listening pleasure, is a 14-track album’s worth of neglected Beatles gems. As the song says, a splendid time is guaranteed for all.

Written by Paul McCartney in Hamburg two years earlier, this was chosen for the group’s EMI audition. Created to fit the prevailing pop template, it nevertheless demonstrates the distinctive Lennon-McCartney style that would flower over the next year.

A good example of how, when the Beatles copied other people, they ended up creating something different in the process. Their first two LPs included several R&B and Tamla-Motown covers, and this is a clear attempt by John Lennon to write a song on the style of the writers he admired, such as Smokey Robinson and Arthur Alexander, whose Anna (Go To Him) had appeared on the first album.

Paul McCartney’s sense of musical tradition is often seen as evidence of his tendency towards blandness and sentimentality. But this sensibility – when balanced with his many other qualities – was an important part of the Beatles’ appeal. It increased the scope of their music, taking it to places where others feared to tread, and Sgt Pepper would have been impossible without their willingness to experiment with all kinds of musical genres. This beautifully understated interpretation of Meredith Willson’s Broadway show tune sees Paul at his most controlled.

The first George Harrison composition to appear on record, and one of the best. His typically deadpan voice is perfectly suited to this idiosyncratic but hypnotic tune.

A downbeat ending to the album-of-the-film-of-Beatlemania. Though structurally unconventional, it appears completely natural – a feature of Lennon’s most interesting compositions. Had it appeared a year later, it might have received the attention it deserves.

Sung by Lennon, and melodically and lyrically a typical Lennon song. All of which shows how wrong you can be, as it was in fact a McCartney composition, written as a prospective single. Eventually consigned to side two of one of their least regarded albums, it has remained there ever since.

The nonchalance of the performance is in marked contrast to the desperation of the subject matter – and the result is wonderful. Classic mid-period Fab Four: the cool “ooh-la-la-las” of the backing singers are a Beatle-ism every bit as recognisable as the enthusiastic “yeah, yeahs” and “ooohs” of two years earlier. Steve Harley would use the same device to profitable effect a decade later on his smash Make Me Smile (Come Up and See Me).

A good example of McCartney’s craftsmanship. The original version (available on Anthology 2) was an attractive but slightly ponderous mid-tempo number with a hole at its centre. At the last minute, McCartney added a sprightly middle eight which fits perfectly and leads seamlessly into the following verse. The whole thing was thus invigorated, resulting in a perfectly formed pop song.

Recorded with its A-side Paperback Writer during the Revolver sessions, this LSD-drenched sonic assault gave warning of what was to come – backward tapes and all. Lennon’s gratingly harsh vocal provides the template for Liam Gallagher.

This plangent marijuana-fuelled meditation was recorded in the company of a man who had knocked on McCartney’s door hours earlier, claiming to be Jesus Christ. Picks up where Paul’s interlude in A Day In The Life left off. “Somebody spoke and I went into a dream…”

Speaking of which, this pleasing instrumental “dream sequence” from the Beatles’ misunderstood movie has undergone various trippy remixes over the years, and now makes a comfortable living as atmospheric TV background music.

It’s All Too Much
(Yellow Submarine, 1969; also Mono Masters, Past Masters)

More drugs. This Harrison epic was recorded in the early summer of 1967 just before All You Need is Love, and features a similar extended fade-out, replete with snatches of other songs (in this case the Merseys’ Sorrow). It would have fitted perfectly on Magical Mystery Tour, but ended up on the Yellow Submarine soundtrack album two years later. “All the world is birthday cake, so take a piece but no too much.” A delicious slice of British psychedelia.

The bad-tempered sessions for the album that would eventually be known as Let It Be were mainly taken up with dismal Beatle originals and plodding versions of old rock’n’roll standards. This airy, optimistic tune was a welcome exception.

You Know My Name (Look Up The Number)
(Single, 1970; also Mono Masters, Past Masters)

An important element of the Beatles’ character was their sense of humour. An early amateur recording featured a girl with a National Health eyeball, and their fan club Christmas records were full of clowning, yet this skit on northern clubs is the only fully-fledged comedy number in their commercial catalogue. It features Brian Jones [well, was he?] of the Rolling Stones, who also helped with the sound effects on the band’s novelty hit Yellow Submarine.

Recorded in 1967, it eventually appeared in truncated form as an incongruous B-side to the group’s portentous final single, Let It Be. By then Jones was dead and the Beatles were history. Listening today, the amusingly incoherent ramblings from around the 3.40 mark bear an uncanny resemblance to the Fast Show’s “I was ve’y ve’y drunk”.

The Beatles albums are released by EMI. They are available individually in stereo, and collectively in mono and stereo box sets