Boys’ Life magazine in the 1950s and 1960s was basically a manual on how to be popular and shoot things.  Here’s a few snippets from a November 1965 issue.  We’ll start with a comic strip on the glories of playing with rifles: 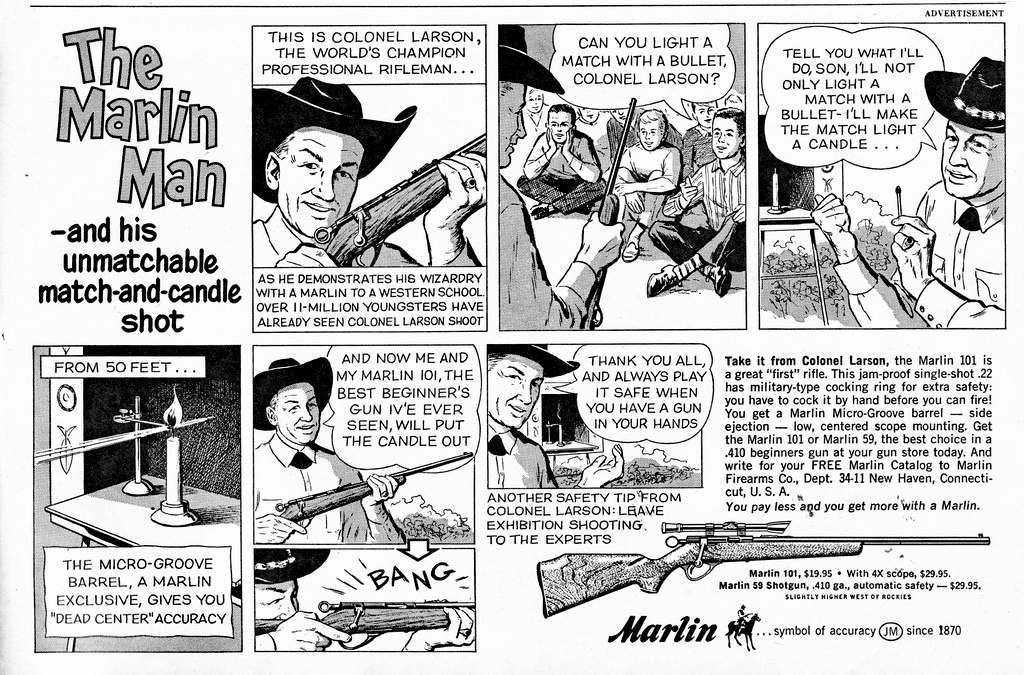 “Tell you what I’ll do, son, I’ll not only light a match with a bullet – I’ll make the match light a candle..” BANG!

Don’t get me wrong – I’m not making any statement for against guns.  However, I do find it wildly hilarious that Boys Life magazine is chock full of comics selling deadly weapons.

Of course, it was only a couple decades earlier that Little Folks magazine was selling fully automatic machine guns: 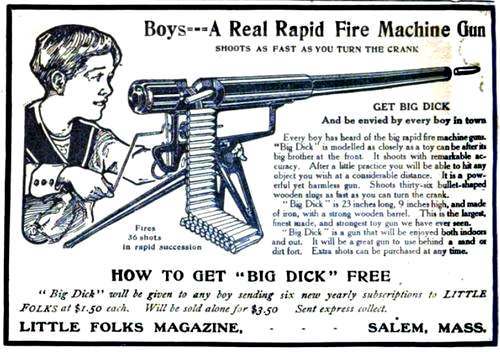 “Get Big Dick and be envied by every boy in town.”

But back to Boy’s Life, here’s another Firearm Funny: 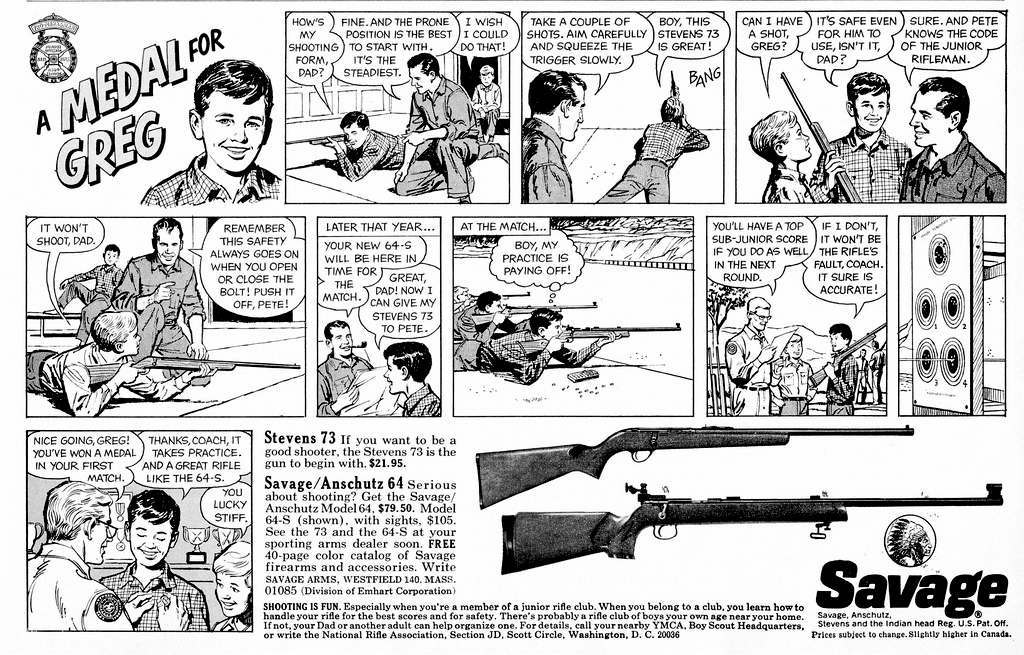 “Remember this safety always goes on when you open or close the bolt! Push it off, Pete!“

Why is dad shouting?  Pete already seems highly nervous (and, at times, slightly retarded) – I don’t think we need to rattle the poor boy.  It’s big brother Greg who’s got it together, winning medals, and making Pete feel even more worthless. 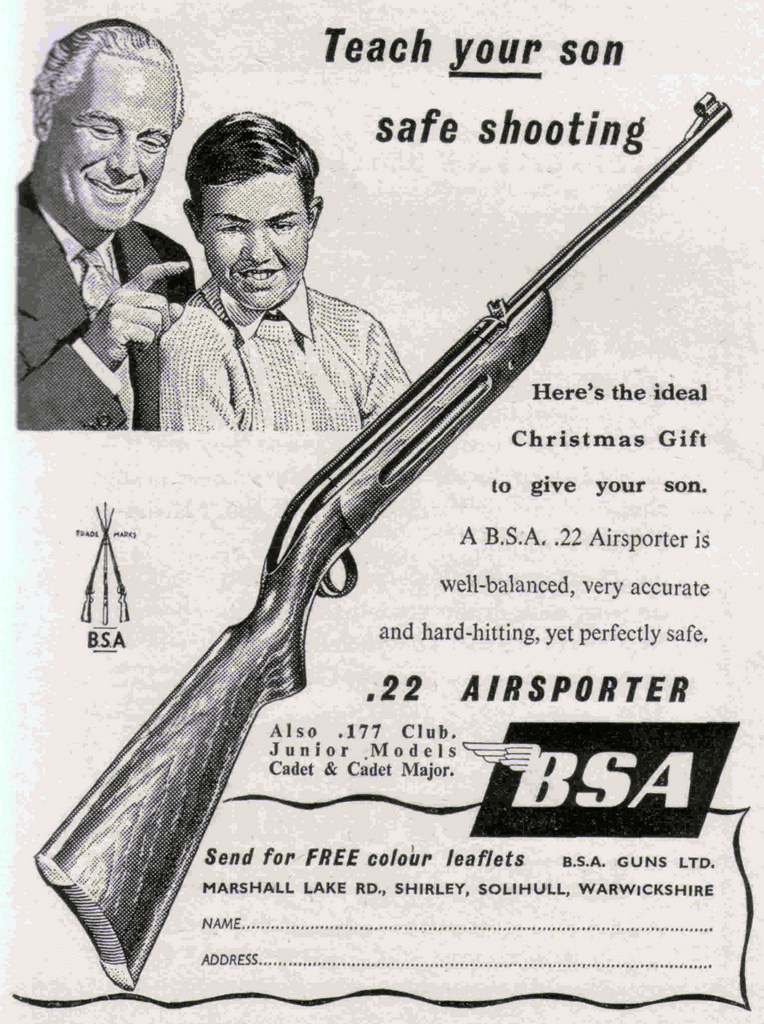 (From a 1957 magazine) I’m sorry, but I think it’s a huge mistake to hand this particular kid a deadly weapon.  I’m just sayin’.

Of course, no matter how unsafe the weaponry in these adverts appear to be, let’s not forget that guns are completely safe, even in the hands of babes… 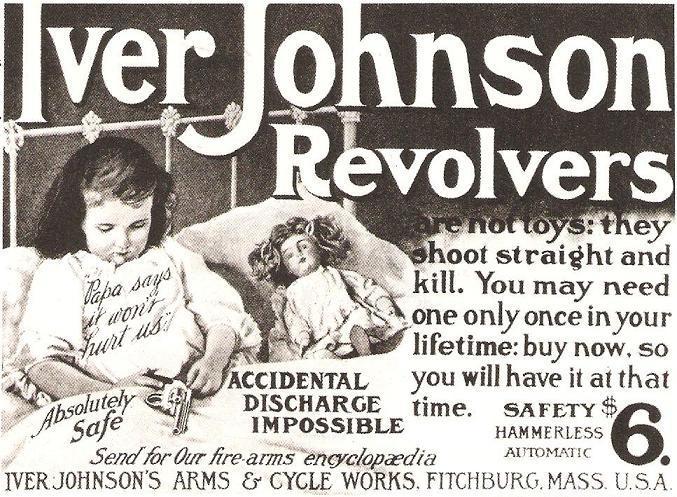 Yeesh.  Let’s get back to the ’65 Boy’s Life where things a tad more under control… 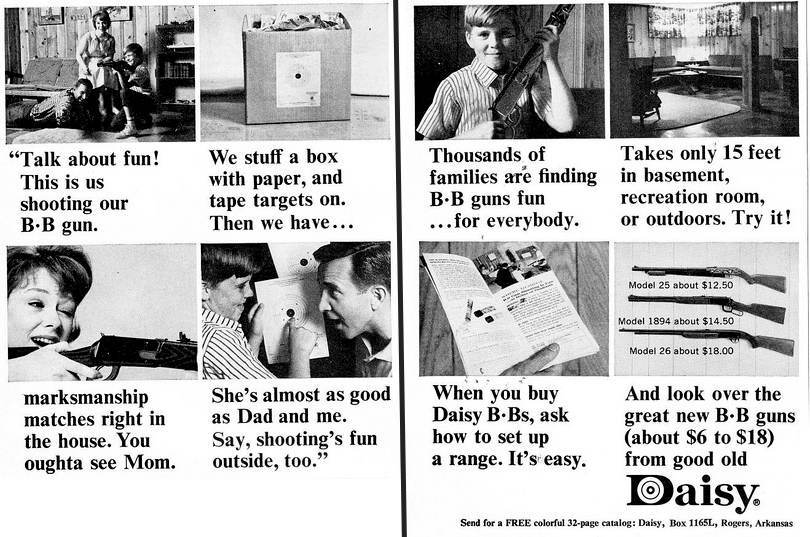 Oh, look – mom is almost as good a marksman as the boy and his dad.  Isn’t that a riot?

I don’t know about you, but I don’t recall being allowed to shoot BB guns in the house.   “Say, shooting’s fun outside, too.”

But not as fun as mounting birds and animals… 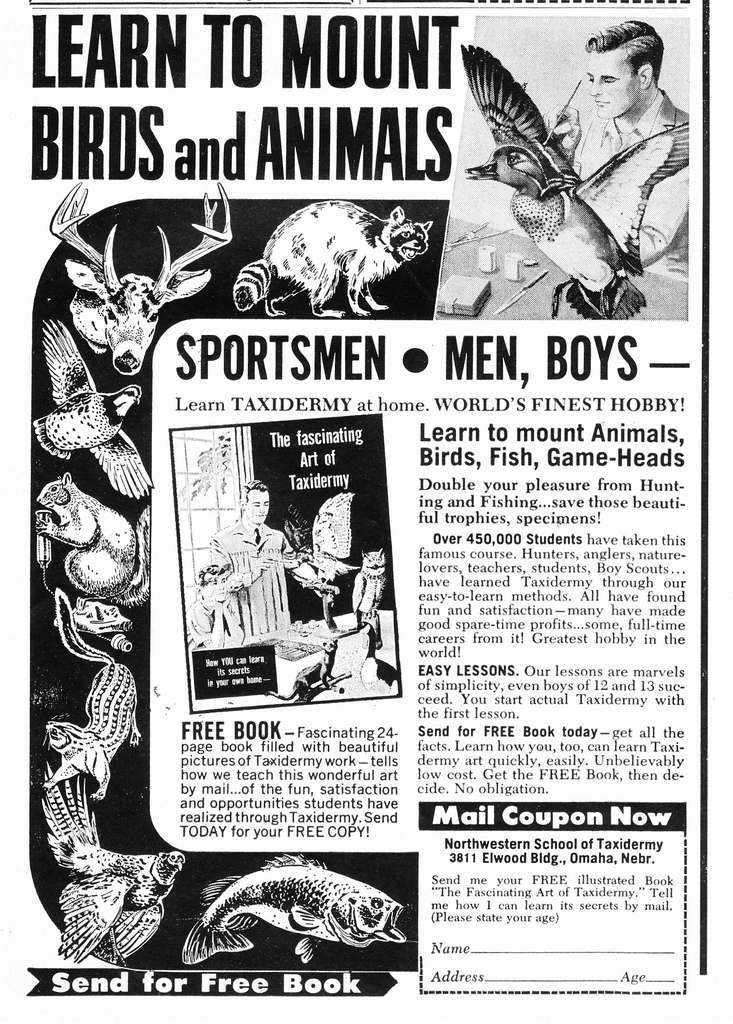 Look at all the cute woodland creatures you can kill, stuff and mount. I wonder if Norman Bates mailed in this coupon.

Of course, we don’t want Junior spending too much time on his taxidermy obsession.  So, Boy’s Life has plenty of practical advice to keep Junior in with the IN-crowd. 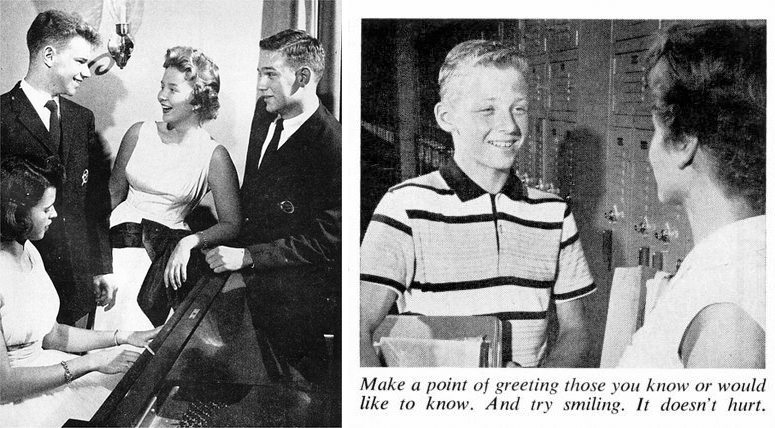 The caption to the photo on the left reads: “What’s the sign of a popular boy? He’s outgoing, friendly, fun to be with, building much of his life around others. How do you measure up?”

I wonder how many boys read this and instantly felt completely inferior.  Better go shoot things; that’ll make the pain go away.