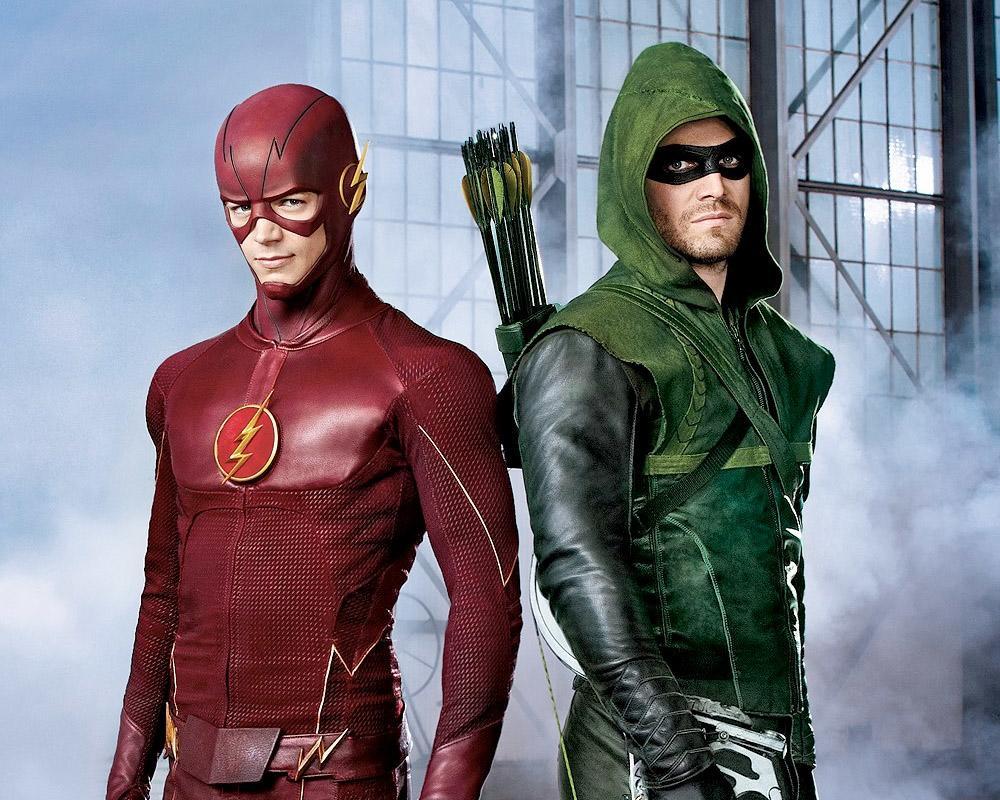 A “crossover” is an incidence in which a character from one TV series appears on the TV series of another popular character.

Although many cult-television programs – such as Star Trek: The Next Generation (1987 – 1994) and Star Trek: Deep Space Nine (1993 – 1999) — have featured such cross-over events, examples of the form have been a veritable staple, in particular of superhero programming.

Please note that it is not enough to introduce a new comic-book character or characters (like Hawk Man or The Wonder Twins) to an existing series (as often happened on Smallville [2001 – 2011]) for example.

Rather, this kind of cross-pollination occurs when superheroes from different productions or TV series appear.

Here are a few notable examples of the superhero cross-over. 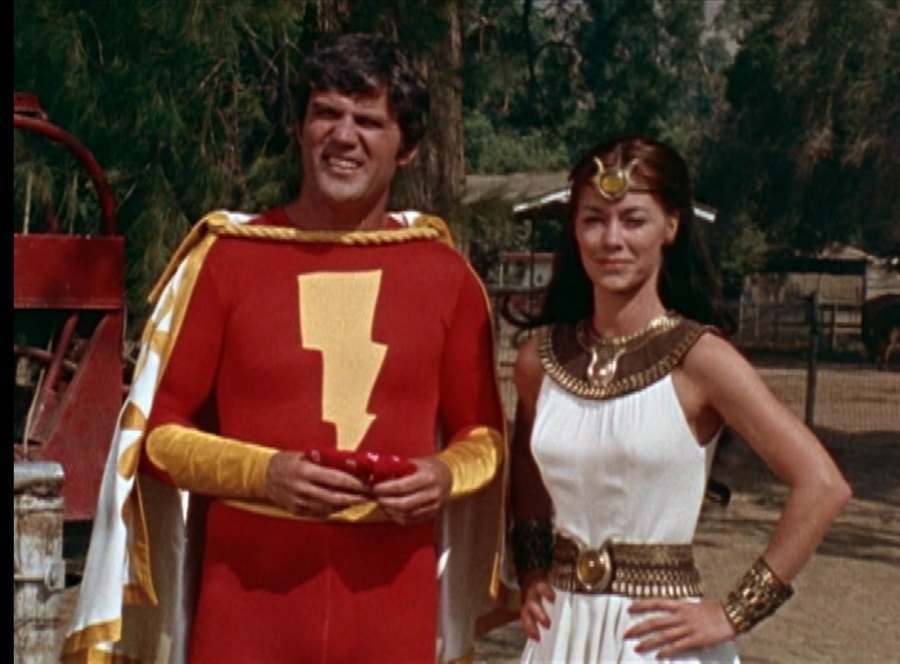 In its second season, the Adam West/Burt Ward camp classic Batman featured a cross-over with its sister program, the more straight-laced The Green Hornet (1966 – 1967).

In Batman’s “A Piece of the Action,” which aired on March 1, 1967, Batman and Robin meet up with the Green Hornet (Van Williams) and Kato (Bruce Lee) as they investigate a criminal called Colonel Gumm (Roger C. Carmel), who plans to turn the foursome into human postage stamps.

The premiere episode of The Bionic Woman’s season two, “The Return of Big Foot” (September 22, 1976) also was a follow-up from a cliff-hanger episode on The Six Million Dollar Man.  Here, Steve Austin is near death after fighting the Sasquatch (Ted Cassidy), who is being controlled by John Saxon’s alien revolutionaries.  Jaime is called on to obtain a vaccine that could save Steve’s life, but she too must face the bionic Bigfoot.

The greatest cross-Bionic event, however, is the three part episode “Kill Oscar.”  Parts I and III (October 27 and November 3, 1976) aired on The Bionic Woman, and the middle chunk, Part II, aired on The Six Million Dollar Man on Halloween of 1976. The story involves a mad scientist named Franklin (John Houseman) who captures Oscar Goldman (Richard Anderson) and infiltrates the OSI with his robot “fembots.”

Steve and Jaime soon team up to rescue Oscar from Franklin’s remote island headquarters, where he plans to utilize a weapon that can control the weather.

Another female hero with the surname “Sommers” (though spelled “Summers” here) had a series of cross-over episodes with her heroic romantic partner.

In Buffy the Vampire Slayer, the fourth season Thanksgiving episode “Pangs” (November 23, 1999) sees Buffy (Sarah Michelle Gellar) planning a feast for her friends, unaware that Angel (David Boreanaz), the vampire with a soul, has returned from Los Angeles to protect her, aware of some lurking danger.

The same night (November 23, 1999), in the Angel episode “I Will Remember You.” Buffy visited Angel;s show — set in Los Angeles — upset that he failed to make his presence known in Sunnydale. A “Mohra” demon interrupts their reunion and its spilled blood turns Angel fully human. Buffy and Angel then rejoice in his humanity, but realize he can’t forgo his destiny as the champion of the Powers that Be.  He must give up the love of his life…again.

In another cross-over visit, Angel appears in “Chosen,” the final episode of Buffy the Vampire Slayer (May 20, 2003), attempting to support Buffy as she prepares to battle the First Evil.

Their adventure together was concluded in the Arrow episode “The Brave and the Bold,” which aired the following night, on December 3.

And finally, who can forget…

This Glen A. Larson superhero series featured a bizarre cross-over during its second season.

In particular, the episode “Manimal” (November 9, 1998), saw Johnny Domino Matt McColm) encountering Jonathan Chase (Simon MacCorkindale), a professor with the ability to transform into animals, and the star of the long-cancelled NBC series Manimal (1983).

The episode introduces Chase’s daughter, Theresa, who is menaced by a modern day incarnation of Jack the Ripper.