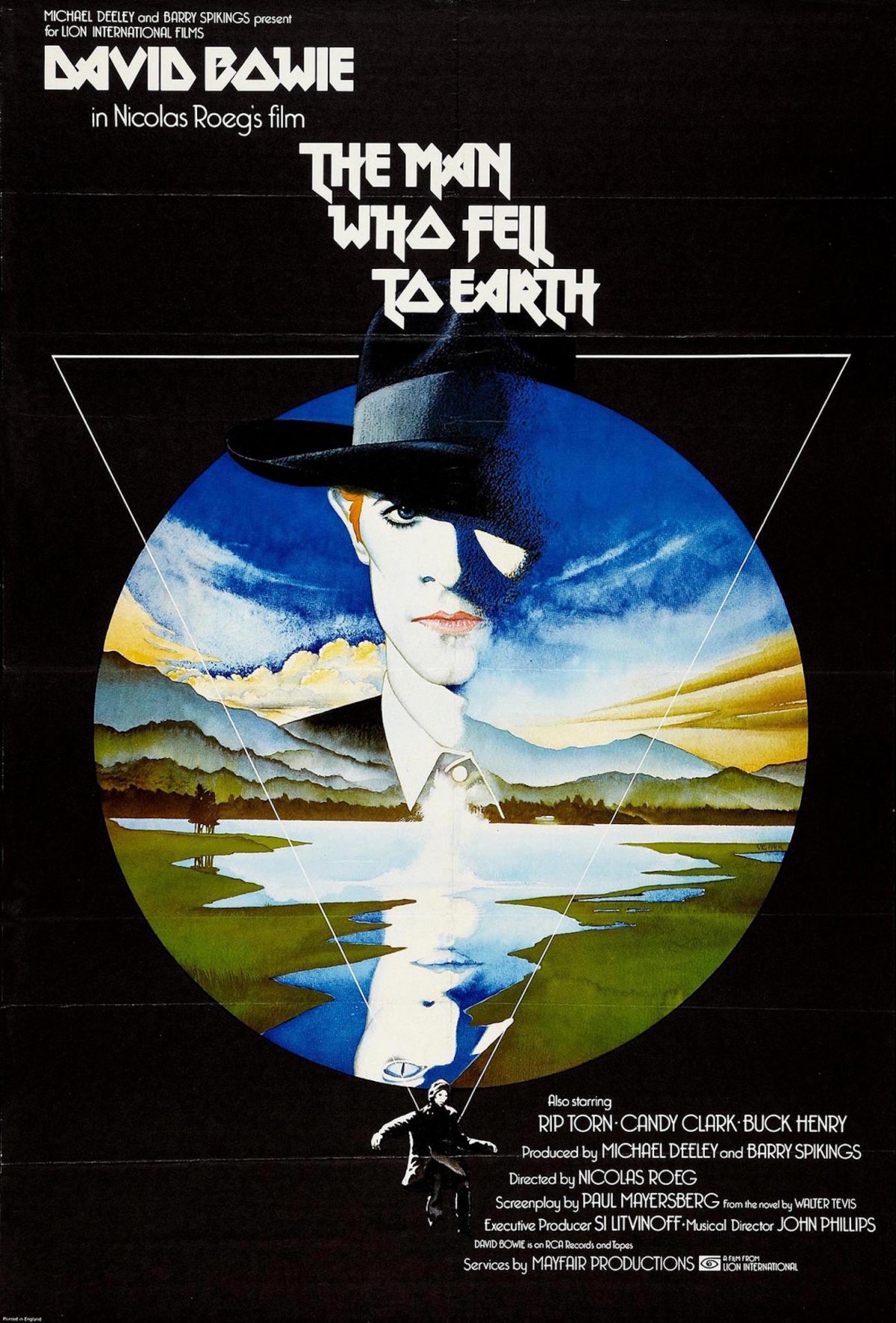 There was a party up in the Hollywood Hills. Music drifted on breaths between gasps of laughter and the tinkling of ice cubes in half-full glasses. The party was for John Lennon who was back in town. Harry Nilsson was there. He’d brought Marty Feldman. It was one of the many parties to which Nilsson “dragged” Feldman. Both were getting drunk and high on alcohol and cocaine. Feldman had never encountered so many coke-heads. Plates shared around, spoons as jewellery hung around necks.

Lennon was a no-show. Nilsson worked the room with Feldman. He introduced him to David Bowie. Feldman thought Bowie looked like a young, cool Peter Cook. Nilsson said something like you guys should get on, you come from the same town. Nilsson wandered off. Bowie said he liked Feldman’s comedy shows. Feldman said he liked Bowie’s music. I loved Aladdin Sane, played it that much the grooves are worn flat. When Feldman died, he had only six pop records–four were by Bowie. His copy of Aladdin Sane was scratched and worn from constant play, its cover and label singed with cigarette burns. Feldman explained how he preferred jazz. Bowie agreed. I play saxophone. Marty said he played trumpet. They riffed on favourite jazz musicians. Coltrane, Armstrong, Miles. We could be brothers. It’s our eyes. Bowie had one iris a different colour than the other. He claimed it was because a boy at school hit him. Feldman had protruding eyeballs caused by Graves Disease, a type of hyperthyroidism. He often claimed it was because a boy at school stabbed him with a pencil. They decided to call themselves the Eye to Eye brothers.

Feldman thought Bowie the “bee’s knees”. He was determined they should work together. We should do ‘Waiting for Godot’. Bowie liked the idea. In the Roundhouse? Yes. I’m making a film just now, why don’t you come and be in it? Feldman was intrigued. What’s the film? The Man Who Fell to Earth. 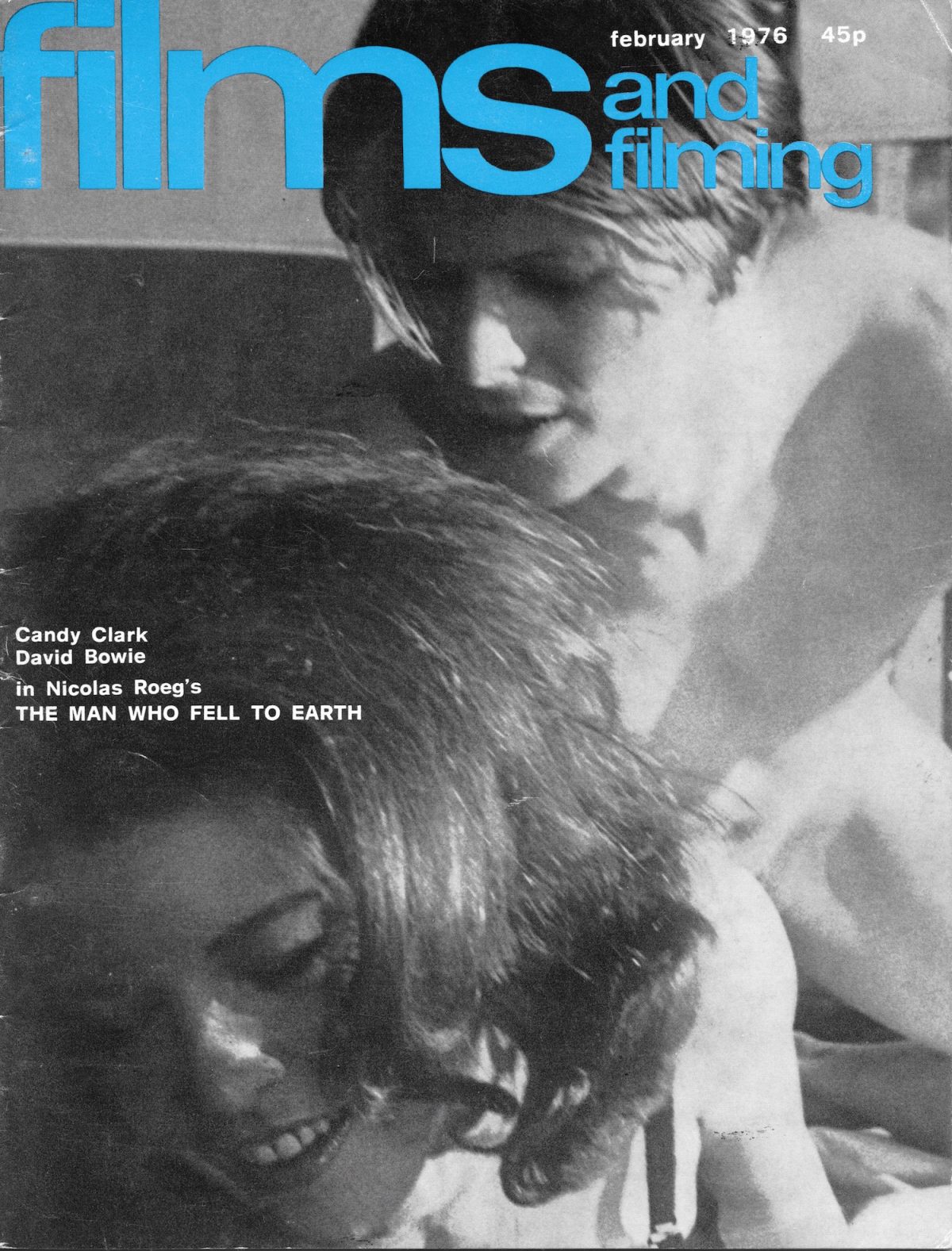 Coincidence suggests purpose. Nicolas Roeg liked coincidence. He liked the idea of chance disrupting reality. It suggested alternatives to a manufactured world. “What makes God laugh is people who make plans,” he said.

It was by chance that Roeg saw Bowie in a TV documentary while flicking through channels. There was something ethereal about Bowie, something alien. He seemed isolated in the world around him–traveling by limo, drinking milk from a carton, watching the world drift by.

[Bowie’s} actual social behaviour was extraordinary—he hardly mixed with anyone at all. He seemed to be alone—which is what Newton is in the film—isolated and alone.

Roeg knew he had found the man to play the lead in his next film The Man Who Fell to Earth—the story of humanoid alien called Thomas Jerome Newton, who comes to this world in search of water. A copy of the script was sent to the singer and a meeting arranged.

He arrived at a recording studio in New York where Bowie was working on his next album. David will be finished by ten, so if you come round about nine-thirty…. Roeg arrived at nine-thirty. He waited, drank a couple of Martinis, met some exotic people, and wondered what was going on?

Ten o’clock. No Bowie. Another call came through: David will be finished by eleven. Half-past eleven, no Bowie. Twelve, no Bowie. He’ll be with you by two. Five in the morning Bowie arrived. He was pale thin strange looking. Roeg started talking to him about the film. Did he want to do it? What did he think about the script? What about that scene where…? Bowie seemed keen, agreed with most of Roeg’s points, but was also nervous. He said he would do the film, yes, he’d be there. But he seemed more in a hurry to get Roeg out of the studio. Bowie was worried that if the director asked any more questions he would get wise to the fact he hadn’t as yet read the script. 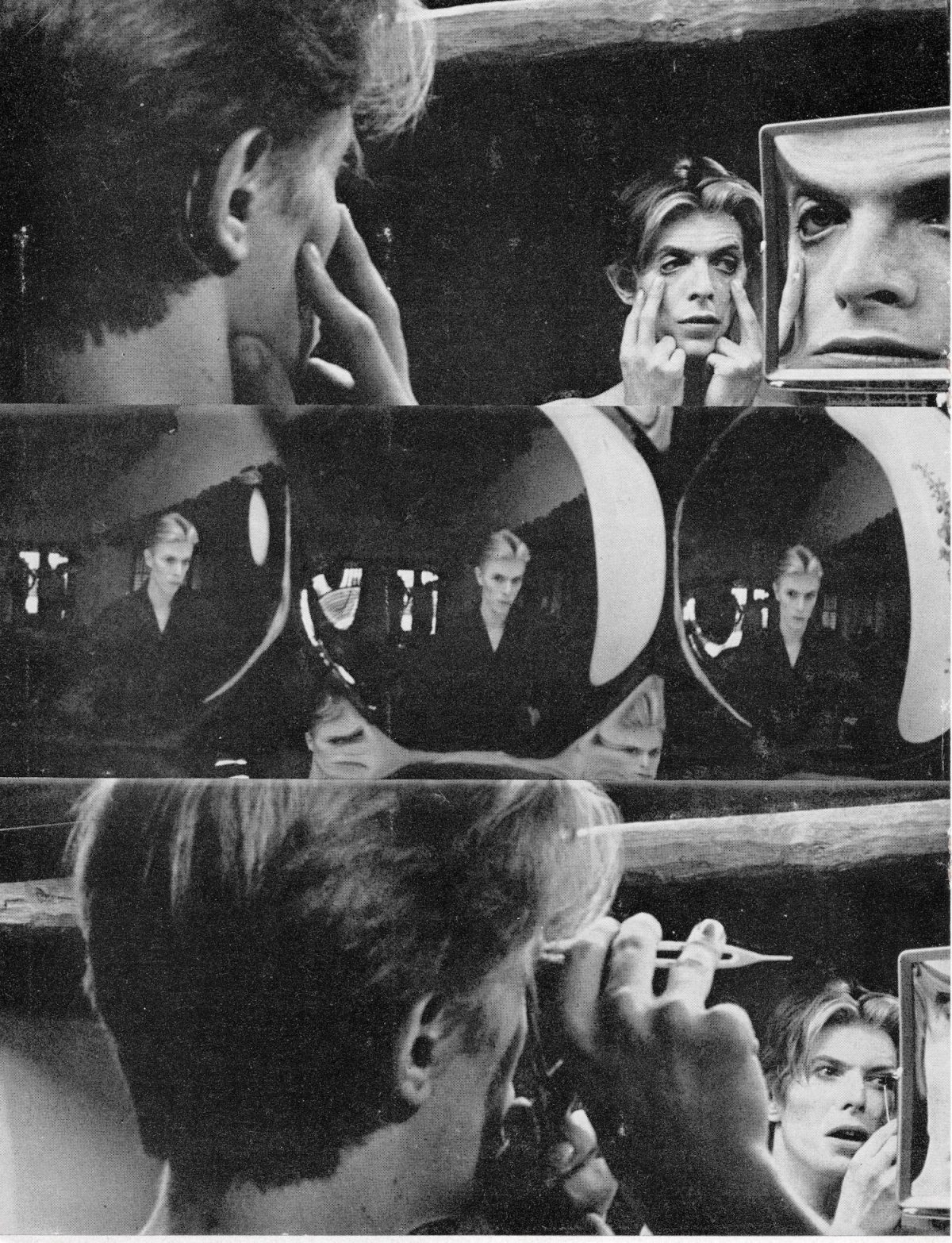 Bowie was writing his own film scripts. He had quit Britain and moved to L.A. with some vague idea of getting into movies. “Me and rock-and-roll have parted company,” he told Tina Brown from the Sunday Times.

Don’t worry, I’ll still make albums with love and with fun, but my effect is finished. I’m very pleased. I think I’ve caused quite enough rumpus for someone who’s not even convinced he’s a good musician. Now I’m going to be a film director.

I’ve always been a screen writer, my songs have just been practice for scripts.

Bowie eventually read the script. He watched one of Roeg’s films Walkabout—a movie based on a fourteen page screenplay by playwright Edward Bond. He liked both and signed-up to play Newton.

Filming took place over eleven weeks in New Mexico starting in July 1975. According to Bowie, he was “blasted” off his tits on cocaine, snorting ten grams a day.

I just learned the lines for that day and did them the way I was feeling. It wasn’t that far off. I actually was feeling as alienated as that character was. It was a pretty natural performance—a good exhibition of somebody literally falling apart in front of you. I was totally insecure with about ten grams a day in me. I was stoned out of my mind from beginning to end.

His co-star Candy Clark said Bowie gave a vow to Roeg he would take “no drugs.” Bowie, she claimed, was focussed, on the mark, and “luminescent.”

Whatever the truth, Bowie gave one of his best performances. Bowie liked Roeg, they got on well together, with the singer desperate to please the director. The New York Times noted:

Mr. Roeg has chosen the garish, translucent, androgynous‐mannered rock‐star, David Bowie, for his space visitor. The choice is inspired. Mr. Bowie gives an extraordinary performance. The details, the chemistry of this tall pale figure with black‐rimmed eyes are clearly not human. Yet he acquires a moving, tragic force as the stranger caught and destroyed in a strange land. 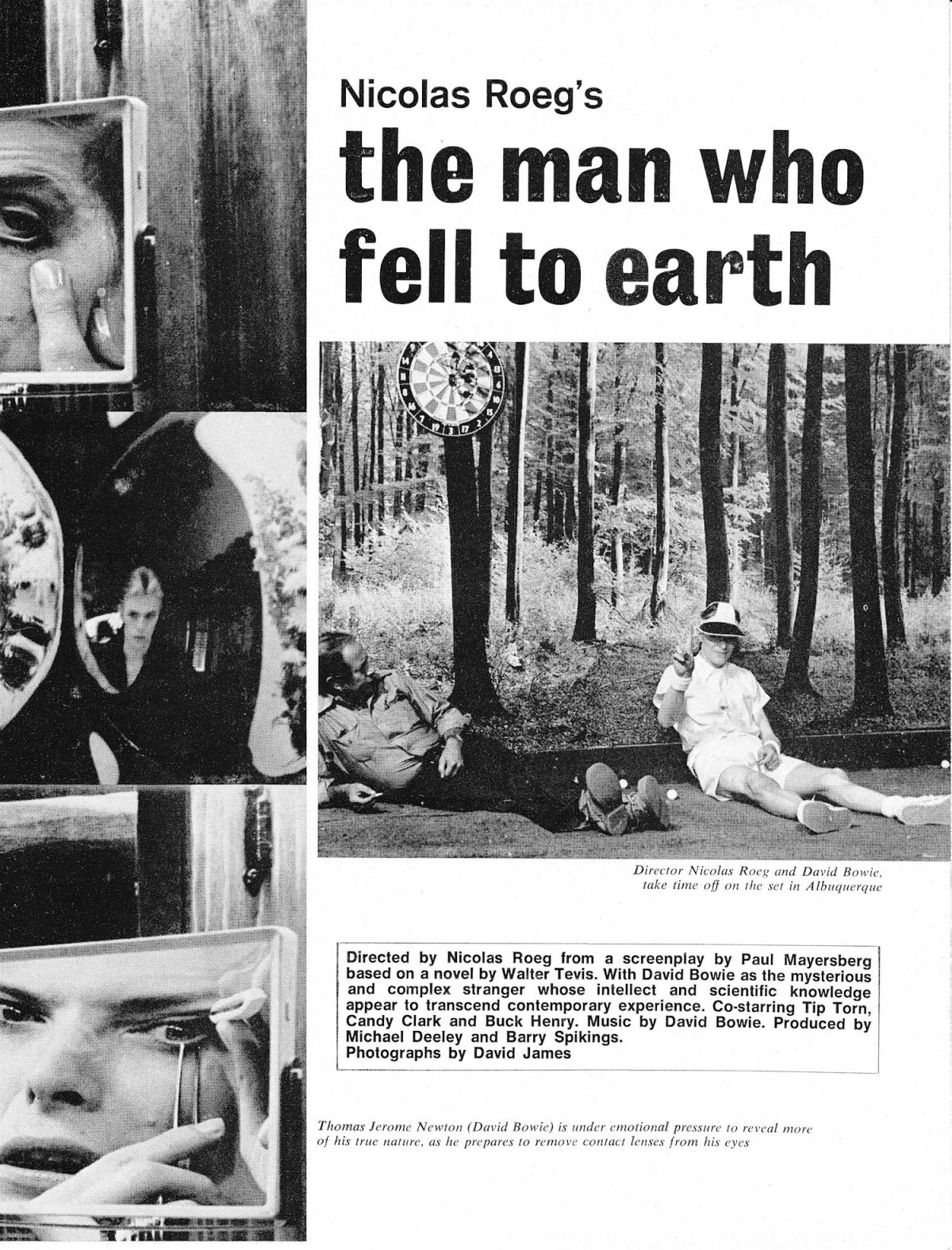 When Roeg delivered the finished film to Paramount, the studio refused to pay for it, saying it was not the movie they had agreed upon. It was eventually distributed by British Lion Films. Critical reception was mixed. Some thought it “preposterous and posturing” (Roger Ebert), others (Richard Eder) thought it “absorbing” and “beautiful.”

In February 1976, Films and Filming magazine gave a sneak preview of Roeg’s latest “masterpiece,” which was followed by a four star (“not to be missed”) review in the May issue from that year.

Bowie and Feldman kept in touch. They planned to make a film or their dreamed-of production of Waiting for Godot together. They did appear in a film together, the disastrous production of Graham Chapman’s Yellowbeard in 1982. It was Feldman’s last movie. He died during filming in Mexico. As Roeg said:

What makes God laugh is people who make plans. 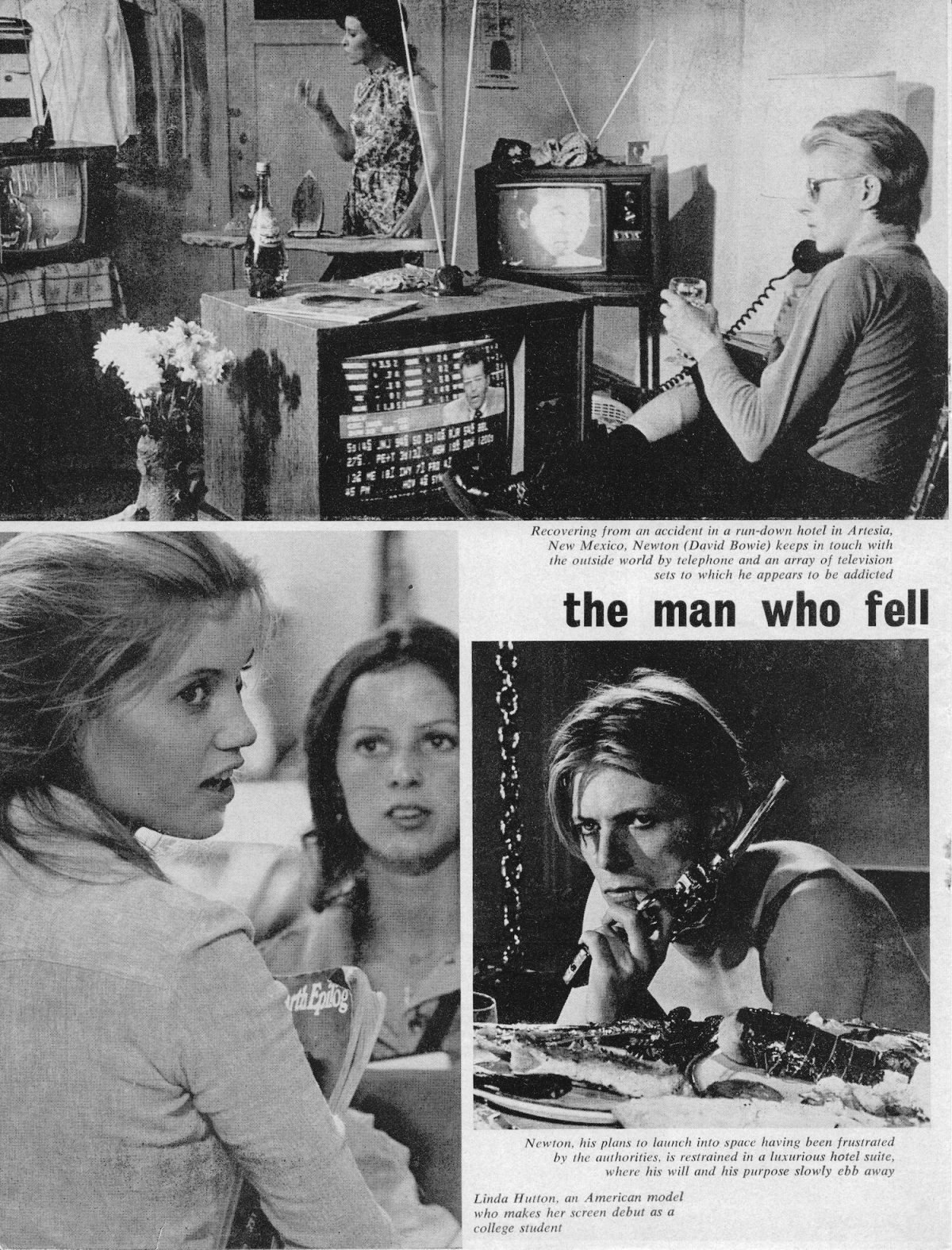 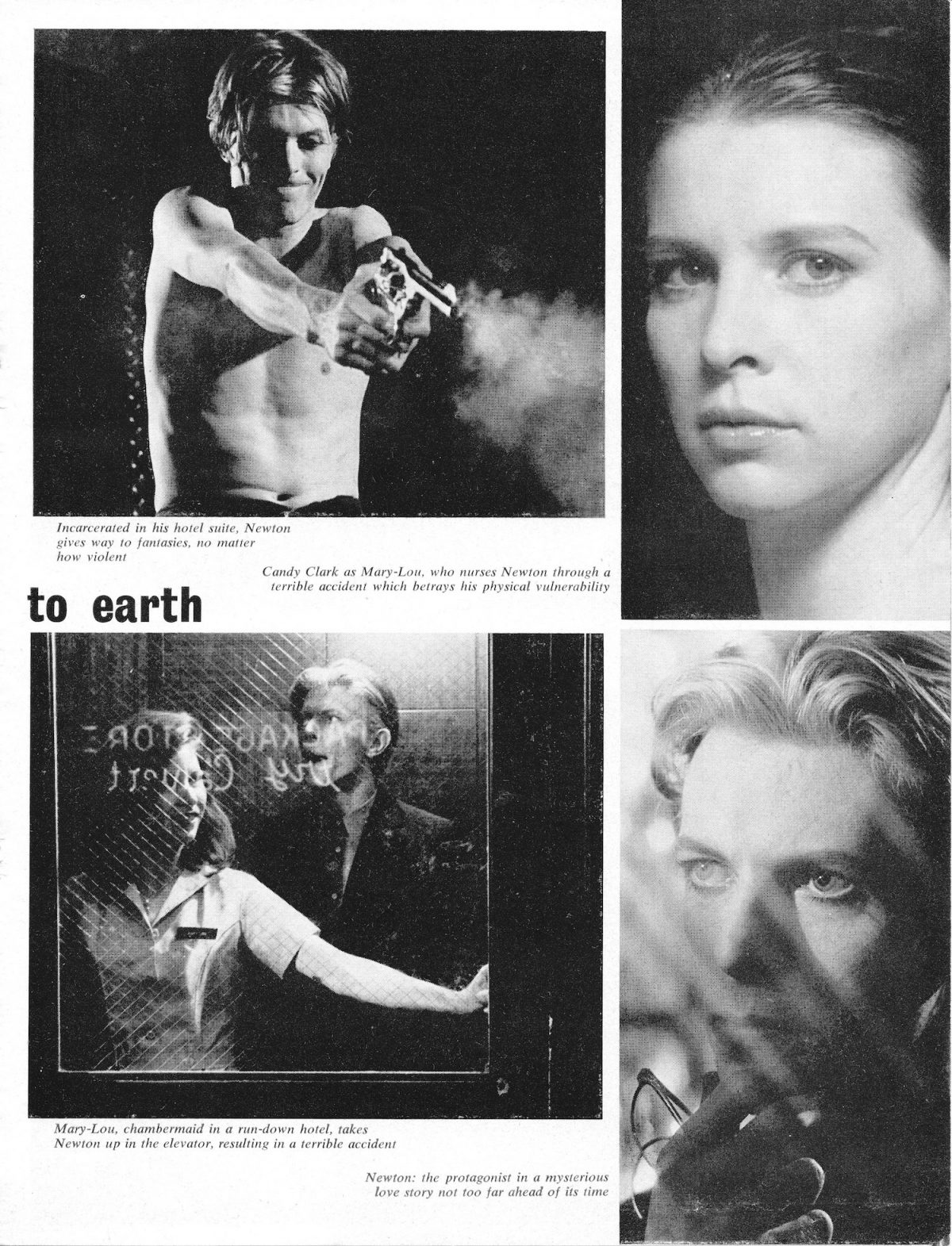 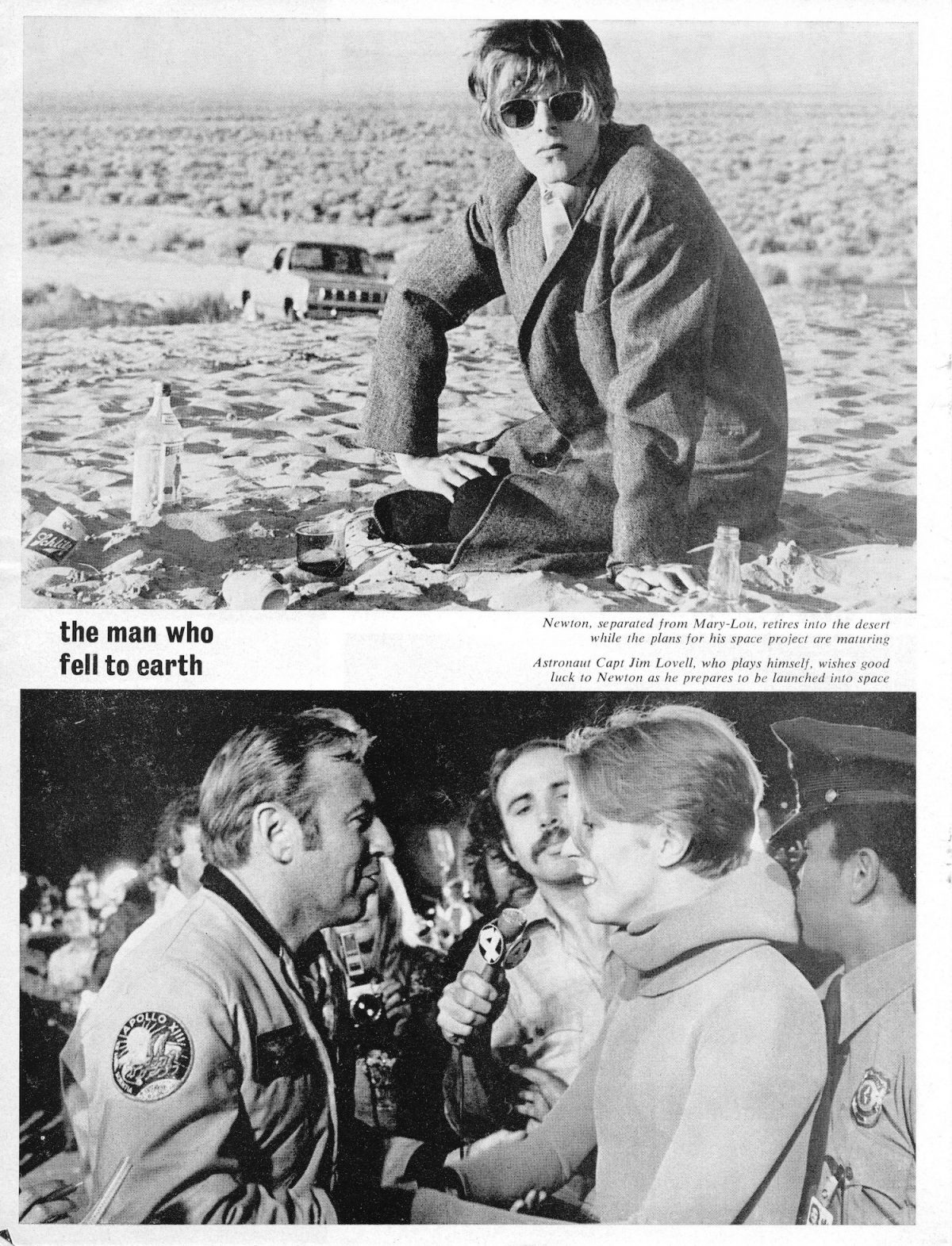 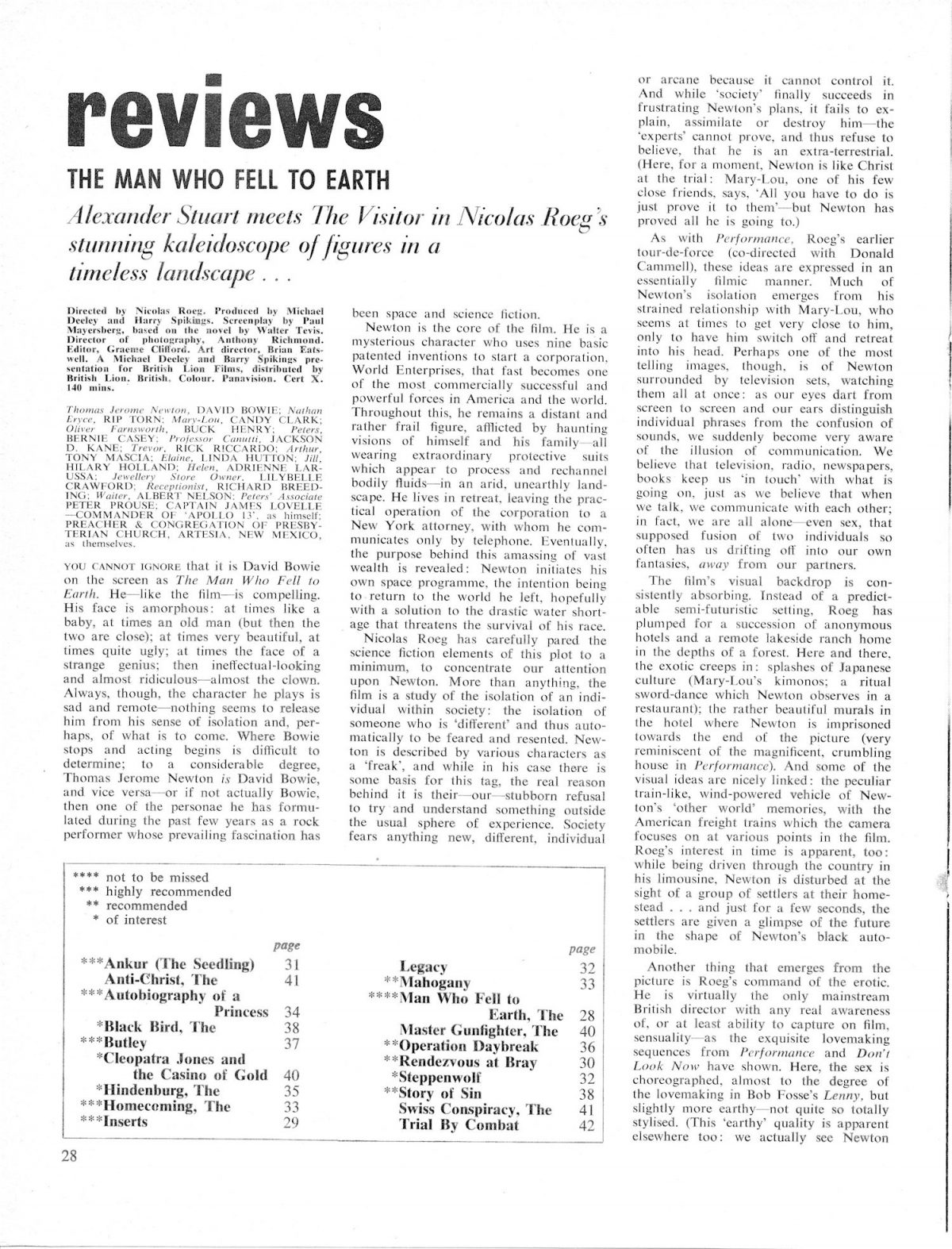 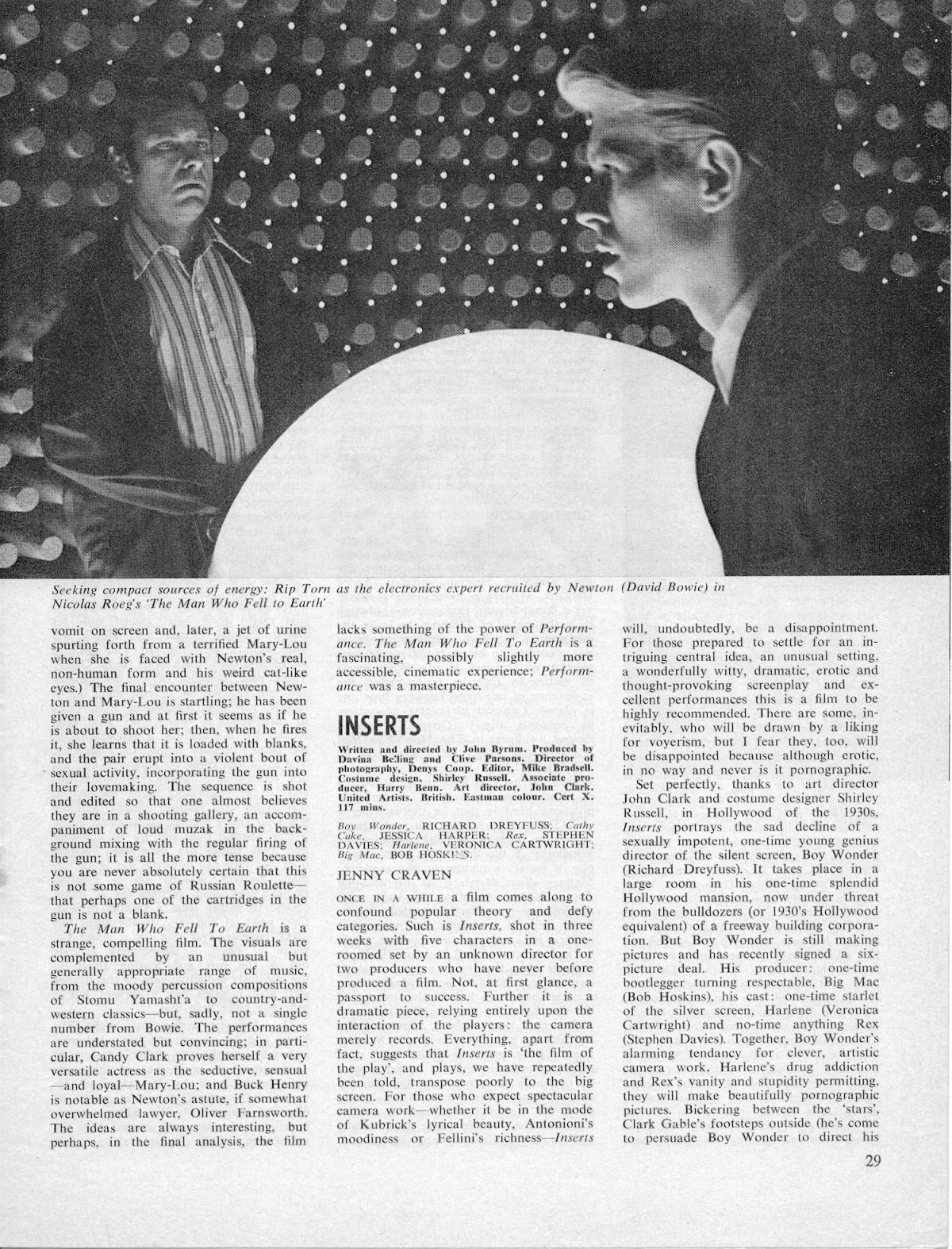 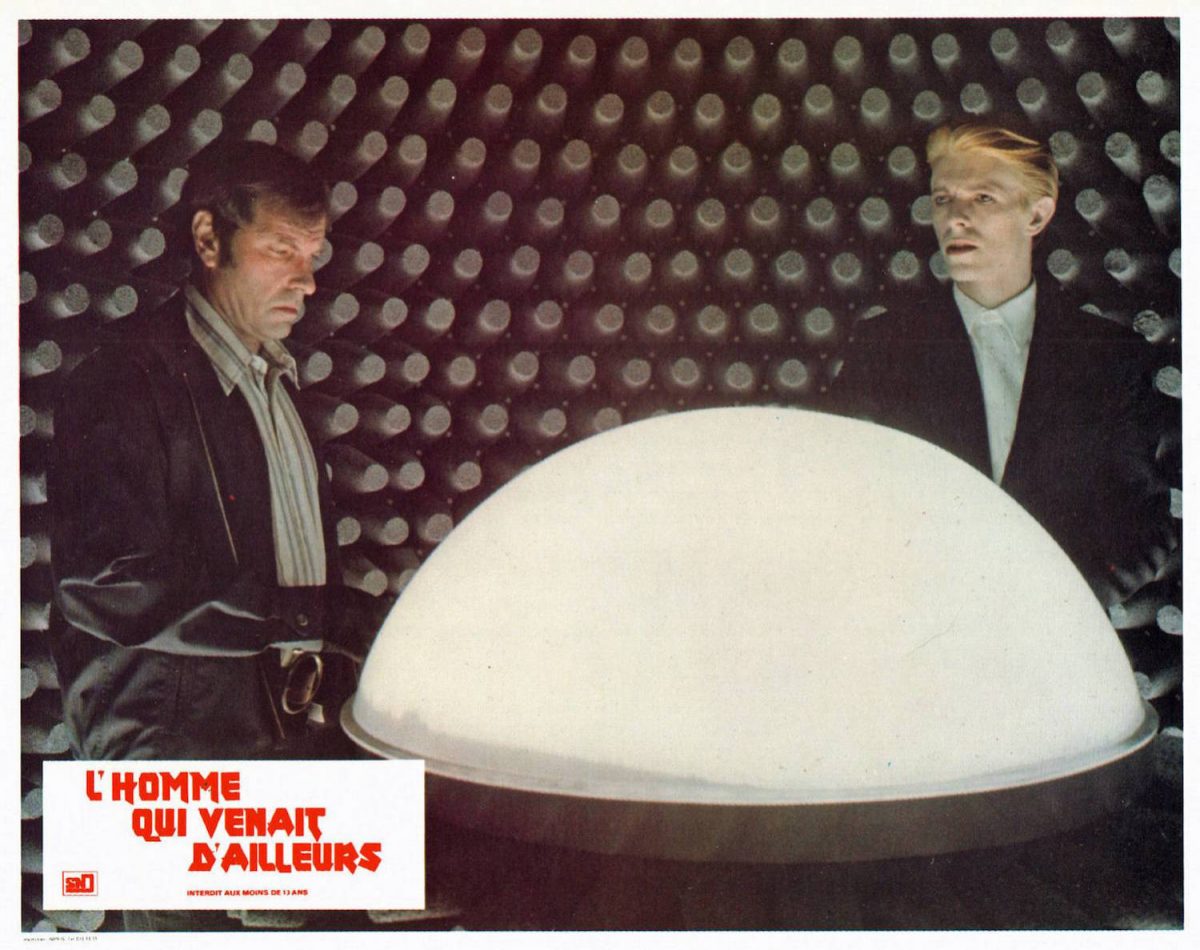 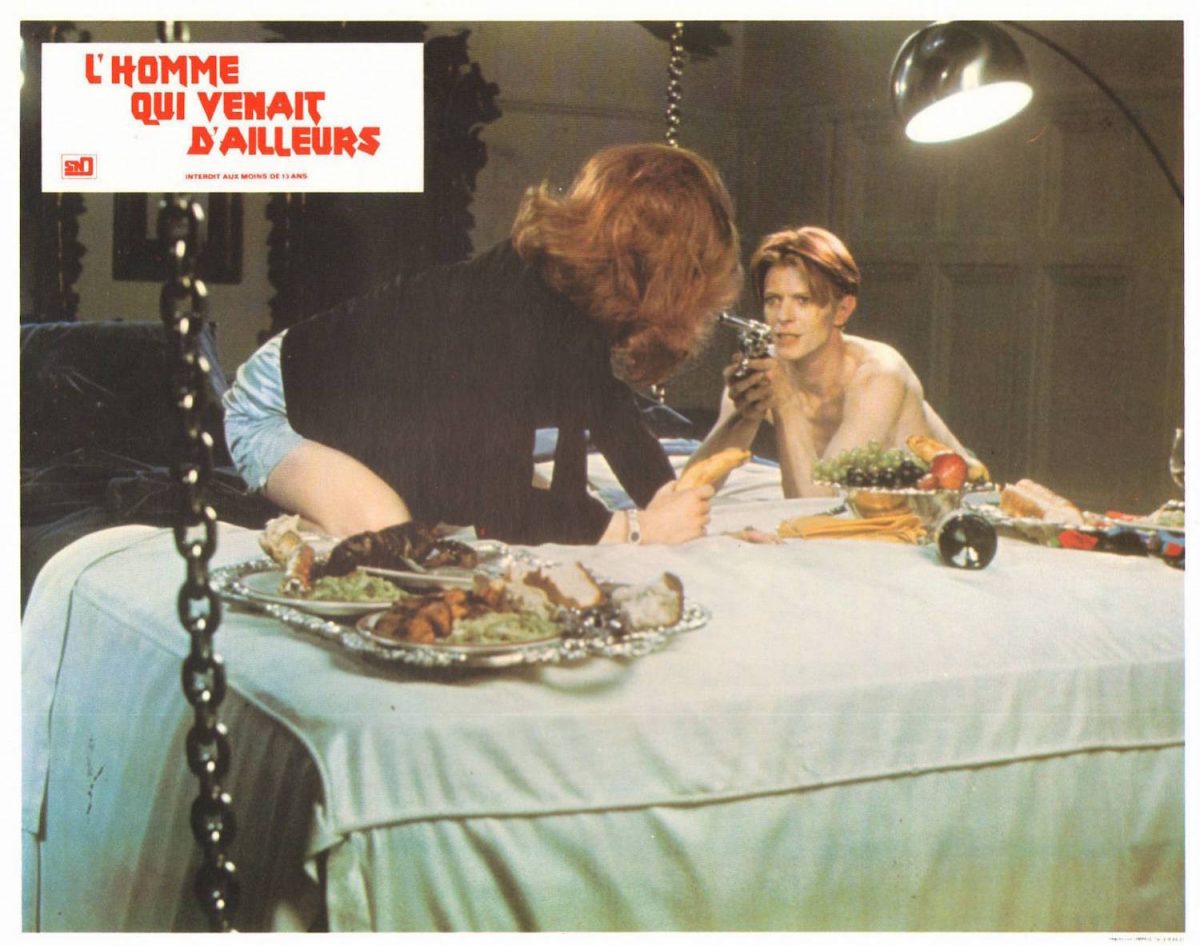 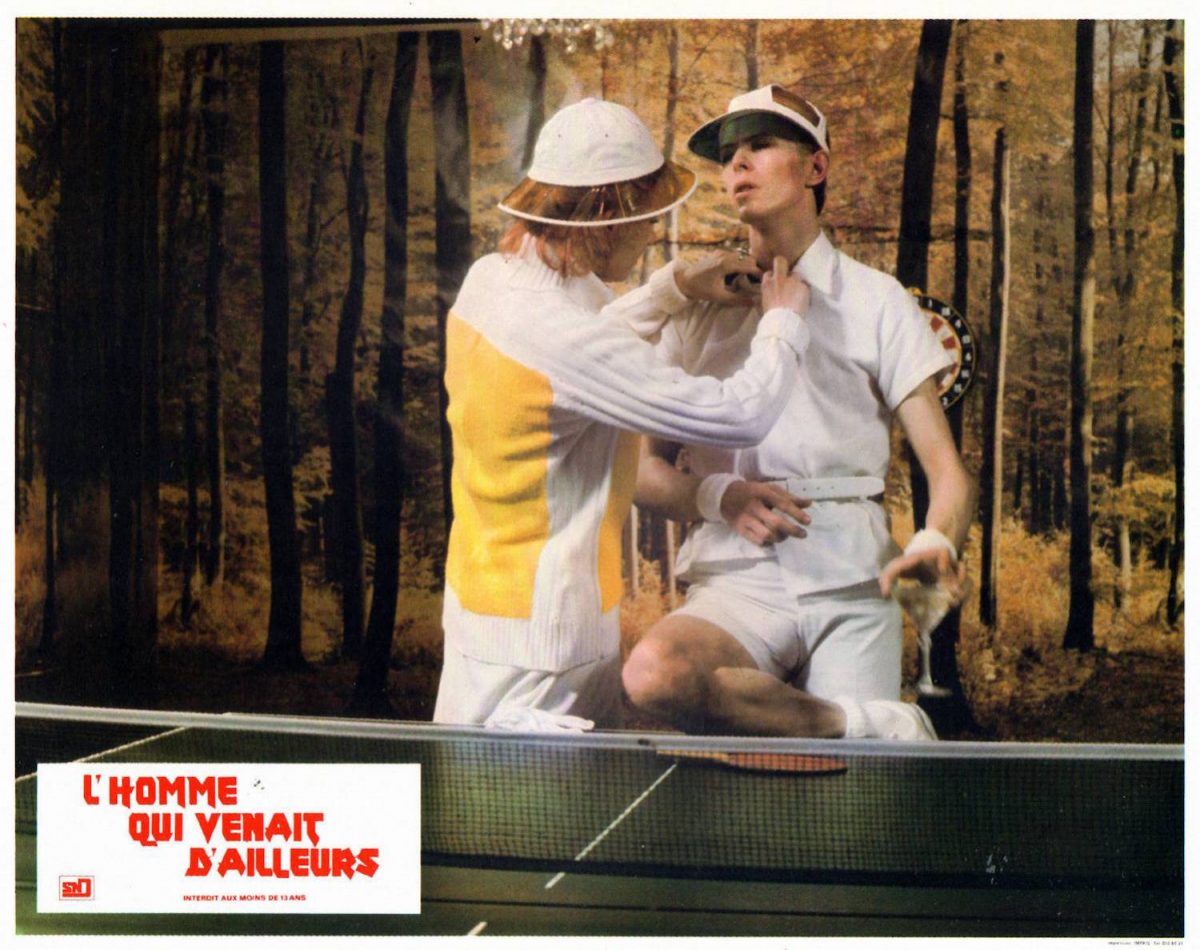 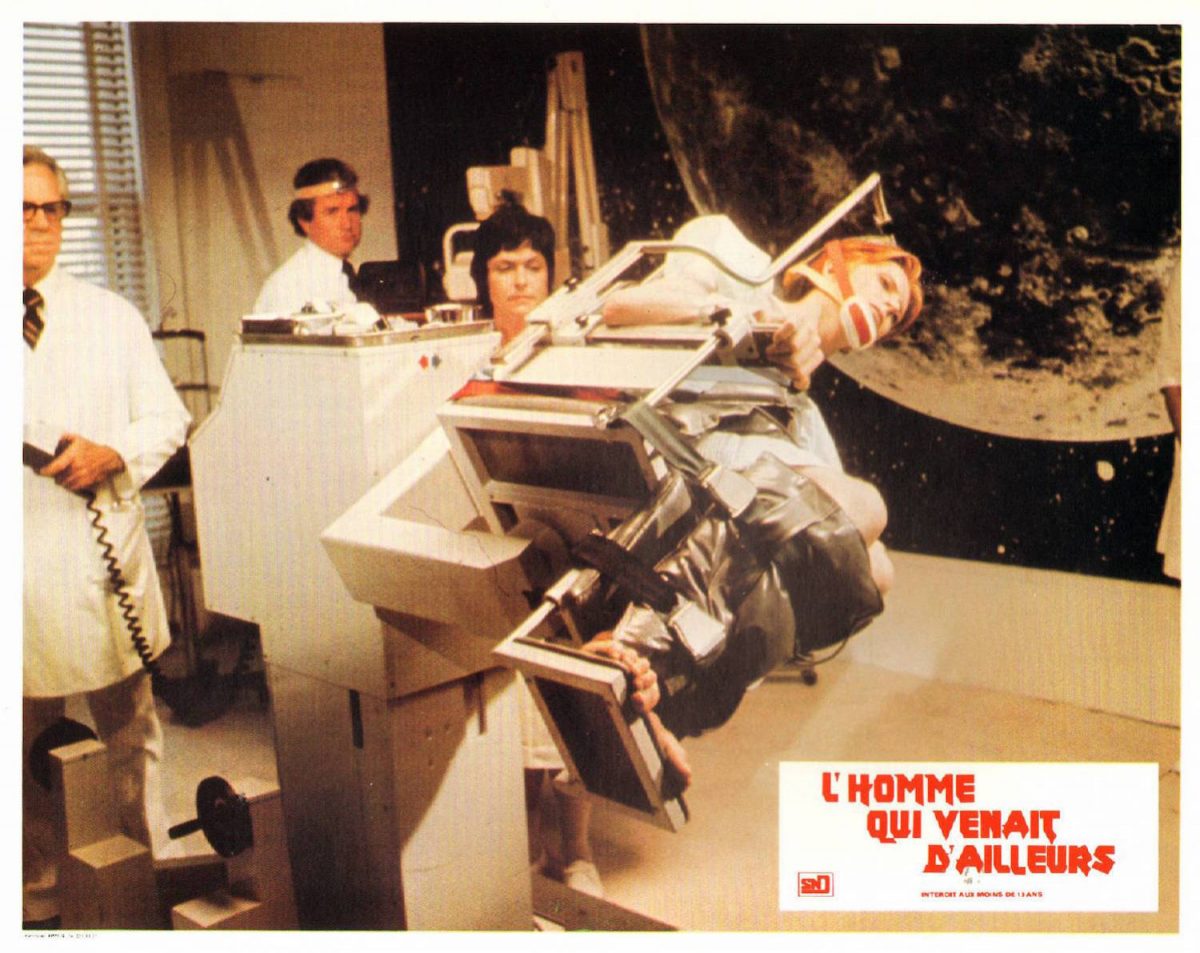 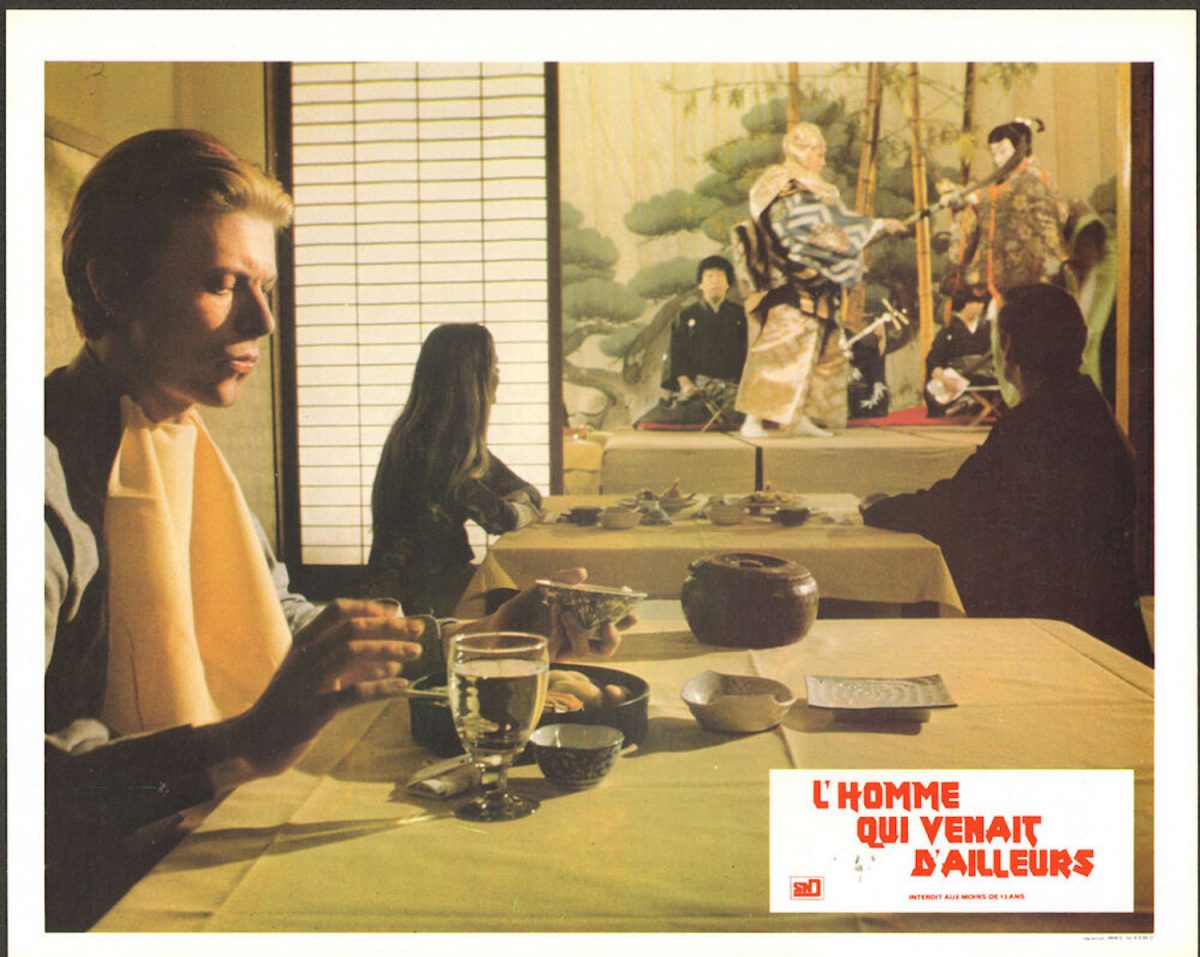 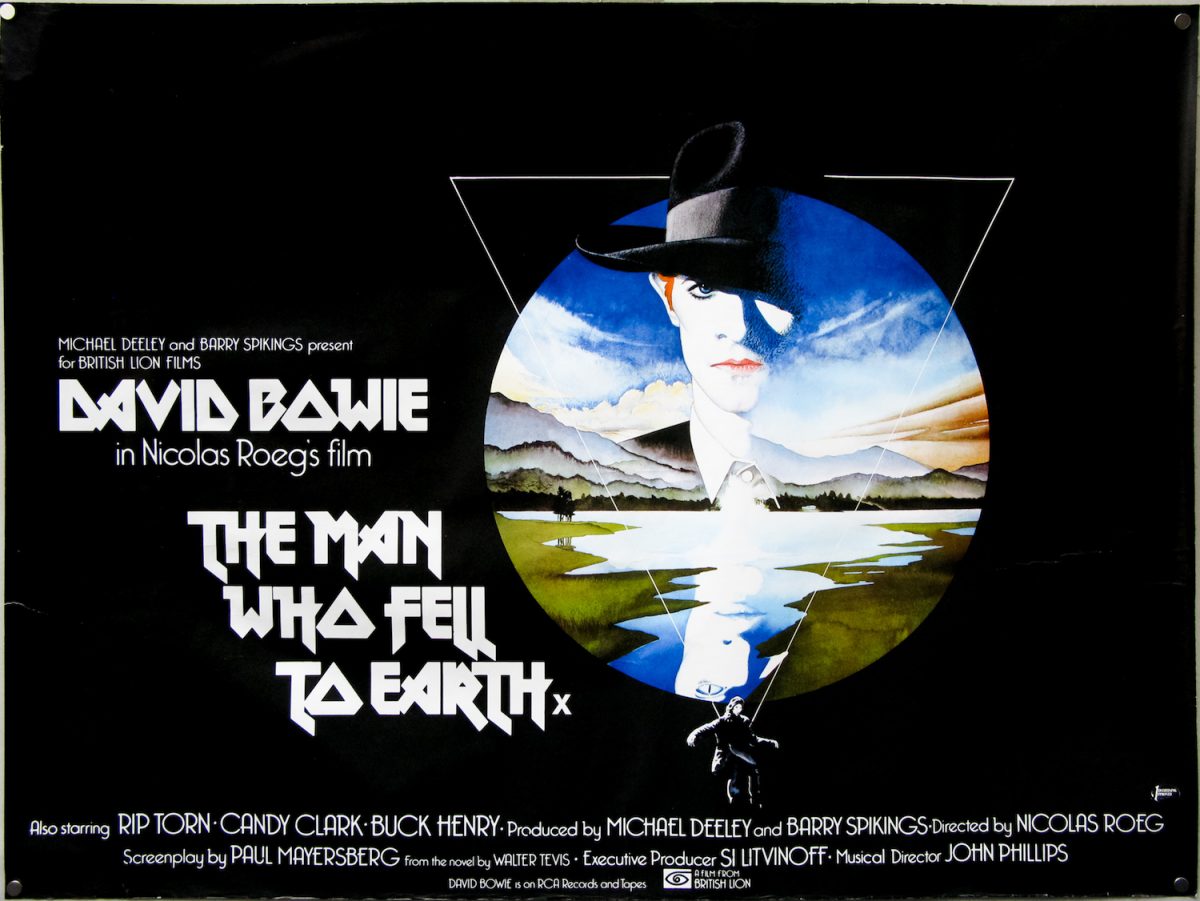