PRINT! Tearing It Up – the exhibition at central London’s Somerset House I have organised with the SH Trust’s senior curator Claire Catterall – is now open. 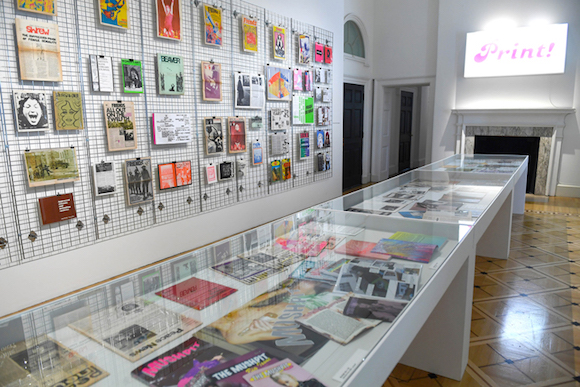 PRINT! is staged in Somerset House’s Terrace Rooms; the exhibition’s graphic identity was created by Scott King. His distinctive fluoro pink logo is on the lightbox at the far end of room 1. Photo: Doug Peters 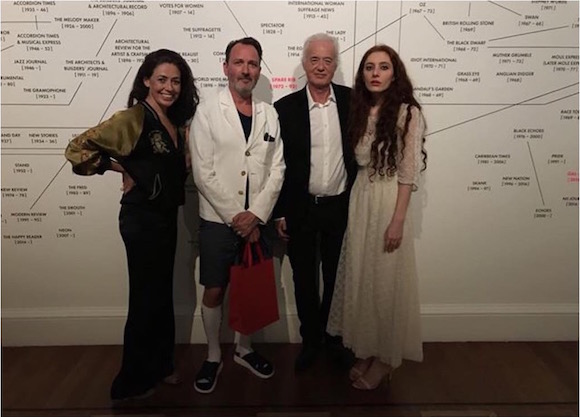 With my wife and PRINT! contributor Caz Facey, rock legend Jimmy Page and poet Scarlett Sabet at the private view this week/ 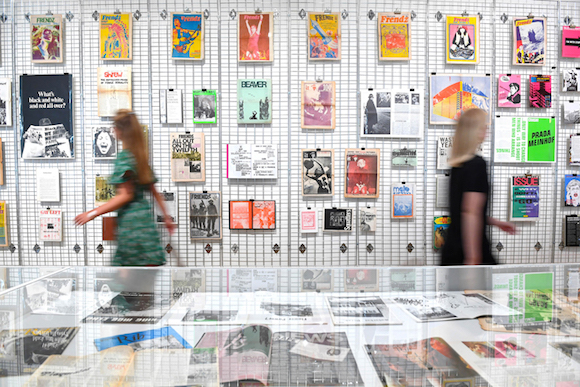 Each room has wall grids divided into subjects – this, the main wall in room 1, presents magazines expressing dissent and protest. Photo: Doug Peters 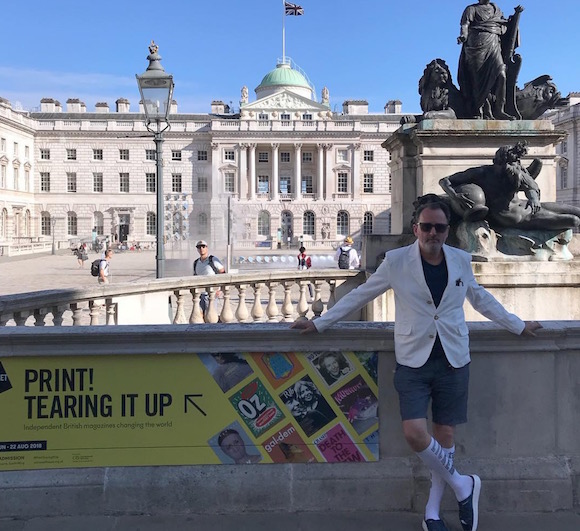 In the courtyard at Somerset House; socks courtesy Pavement Licker 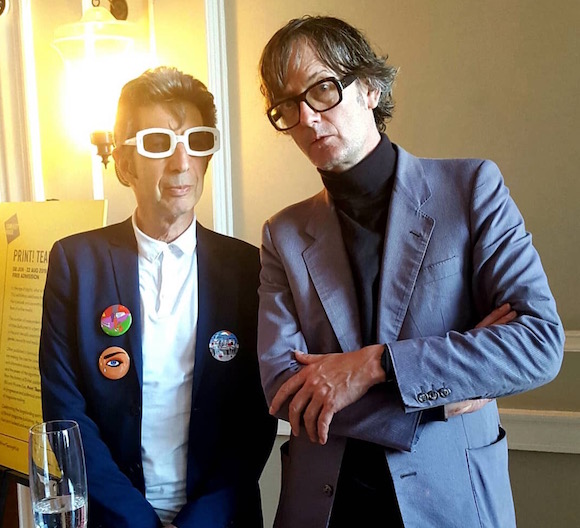 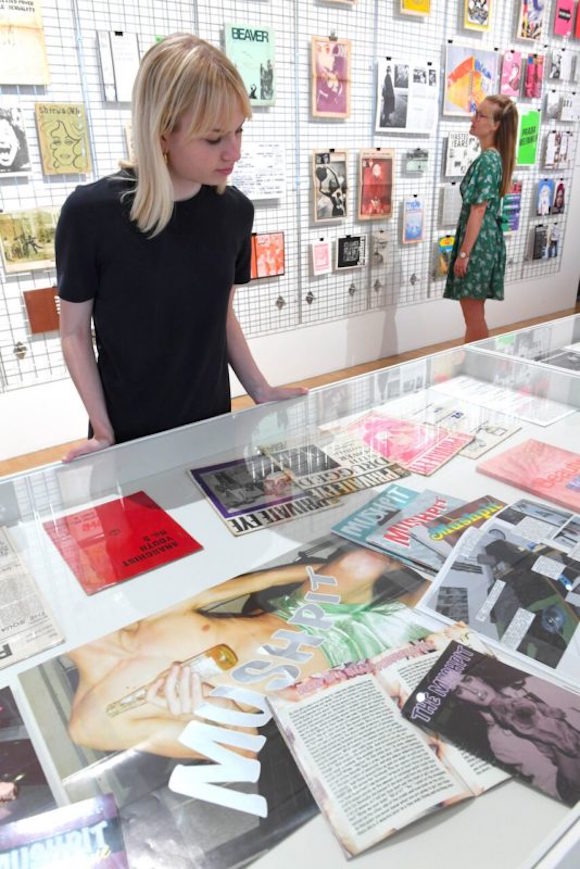 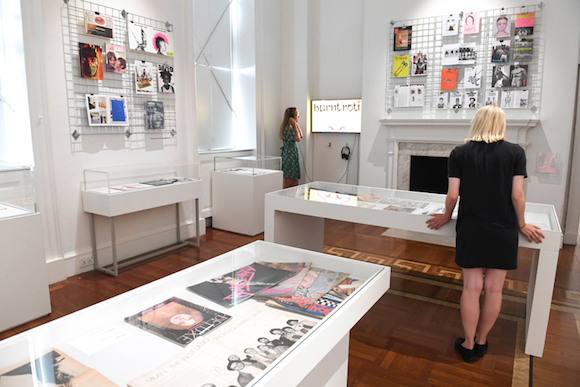 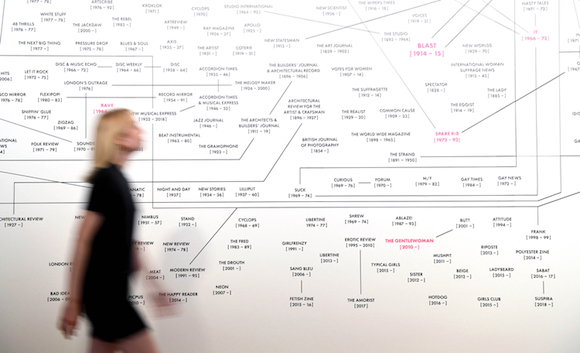 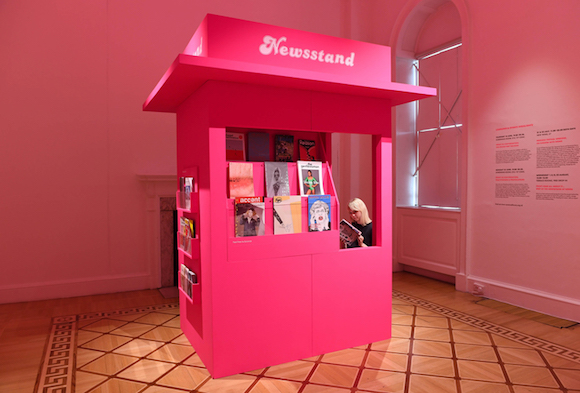 The Newsstand in room 3. Photo:Doug Peters

With a graphic identity by artist/designer Scott King, whose choice of fluoro pink is used as the signal colour throughout the show, PRINT! is focused on the current boom in progressive British independent magazines, and draws historical links back to the Vorticists’ Blast in 1914-15, through the satirical, underground and lifestyle presses of the 1960s to 2000s. 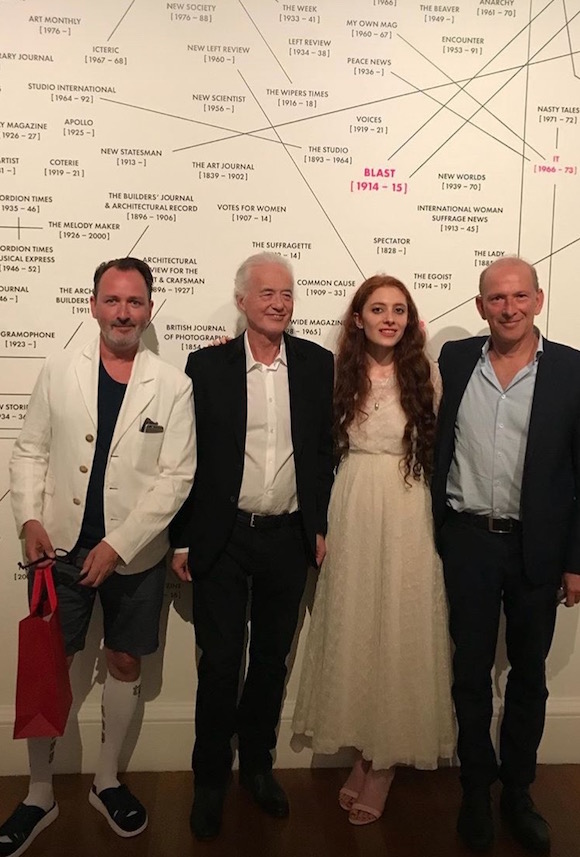 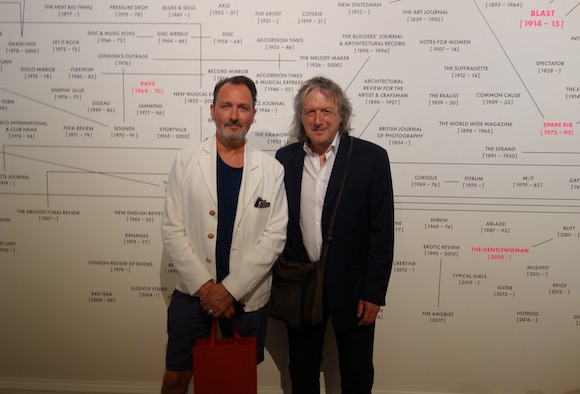 With counterculture legend John May, who generously loaned many precious items from his The Generalist Archive to the show

I created a 8m x 5m mind map of 300-plus magazines for a wall in the Terrace Rooms gallery; displaying constellations of magazines down the decades, this was realised by the talented (and hugely patient) designer Rhys Atkinson. 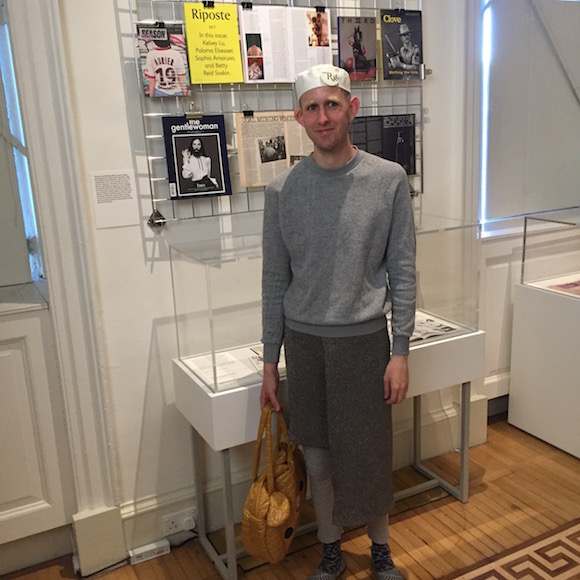 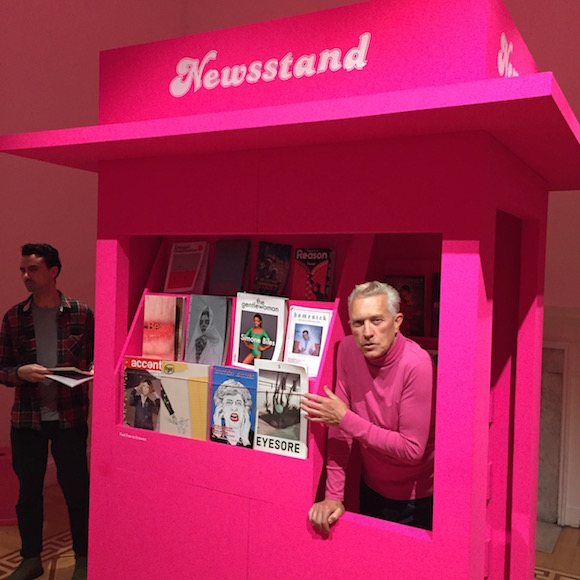 Old and new magazines mix in vitrines and on the wall grids in the main body of the show, and we have erected a “newsstand”.

Decorated in the vibrant show colour and realised by the show’s technician Eoin Donnelly from my rough drawings and photographs of the kiosk directly outside Sloane Square station, this is adorned with current issues of contemporary magazine which are available for browsing by visitors.

There are also listening booths where visitors can hear interviews with a range of magazine publishers, from Nick Logan of The Face and Arena to Elisabeth Krohn of Sabat and Suspira. And an accompanying film of the story of PRINT! is being screened throughout the exhibition

And the good news is that PRINT! is free entry. If you’re in town please drop by and tell me what you think.

PRINT! Tearing It Up – Independent British magazines changing the world at the Terrace Rooms, Somerset House, to August 22 2018. 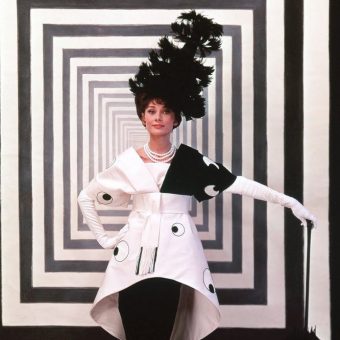 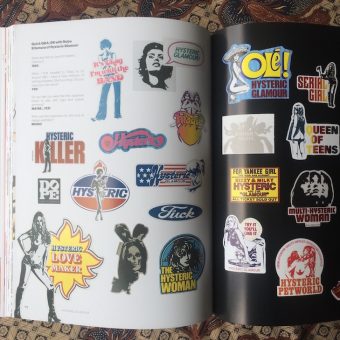