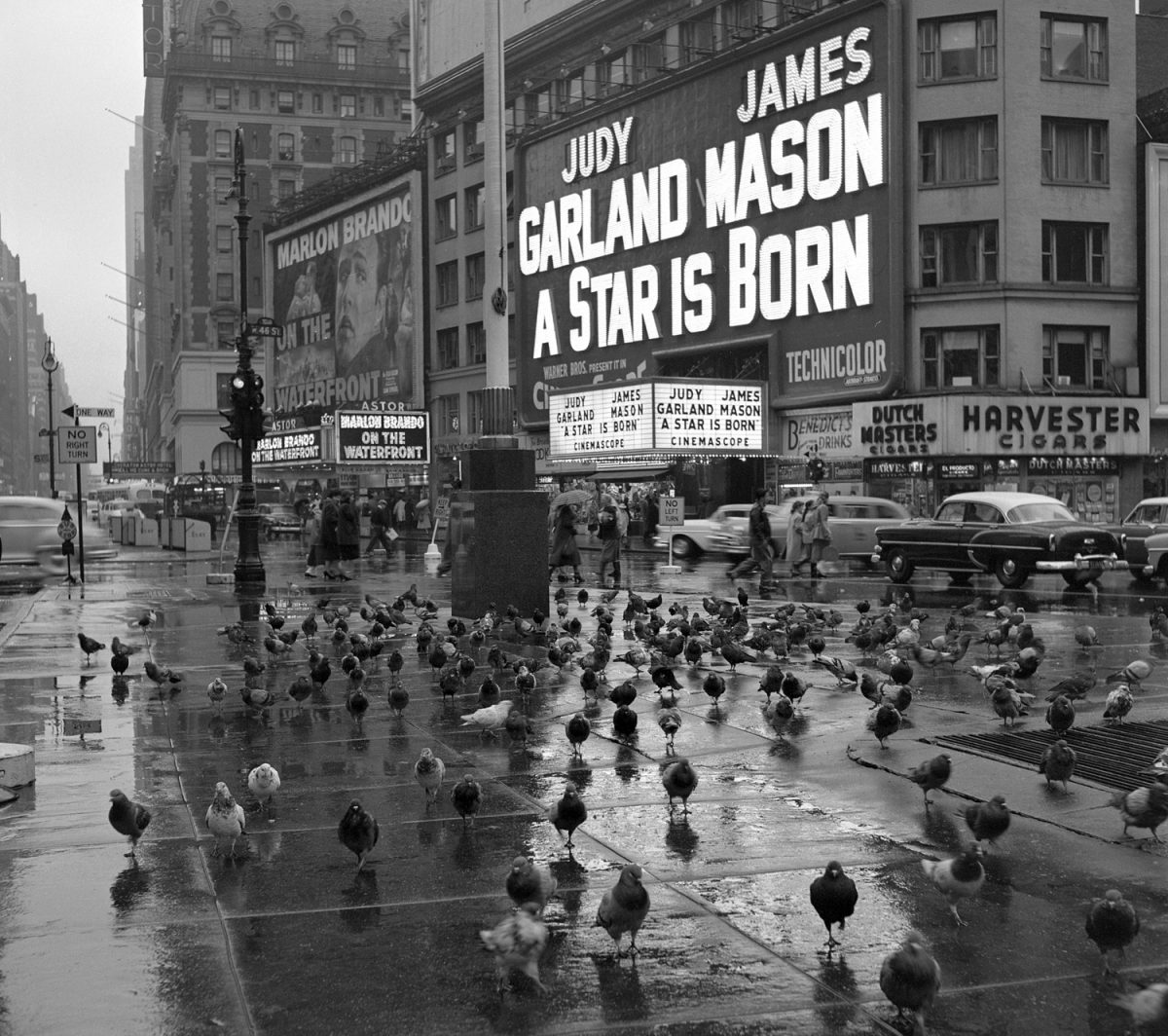 Pigeons gather in Times Square on a rainy day in 1954 in front of the marquee for "A Star is Born" starring Judy Garland..

When Frank Larson died on a visit to New York City to see the World’s Fair 1964, he left behind thousands of negatives. Working as an auditor in Queens, Frank would take a break from the daily grind to photograph the streets as he walked the world’s most vibrant city. Frank developed and printed all his photos in a darkroom in his basement, and entered some of them in local amateur photographic competitions.  In 2014, the widow of Frank’s younger of two sons found “the family shutterbug’s” treasure trove in her attic. Her son Soren Larson developed some of the negatives, and brought them to the Queens Museum of Art, where they are currently on show.

None of these extraordinary pictures were published in Frank’s lifetime. 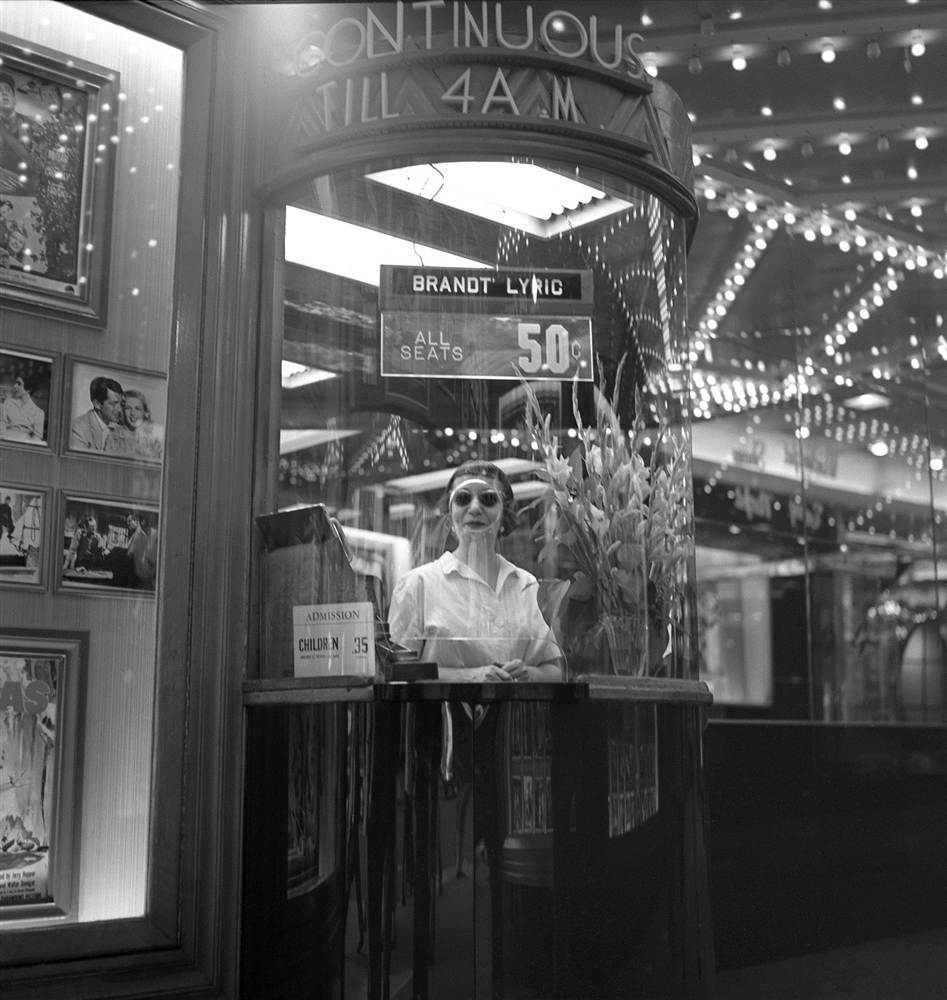 A woman peers out from a ticket booth of a movie theater in New York’s Times Square in 1954. 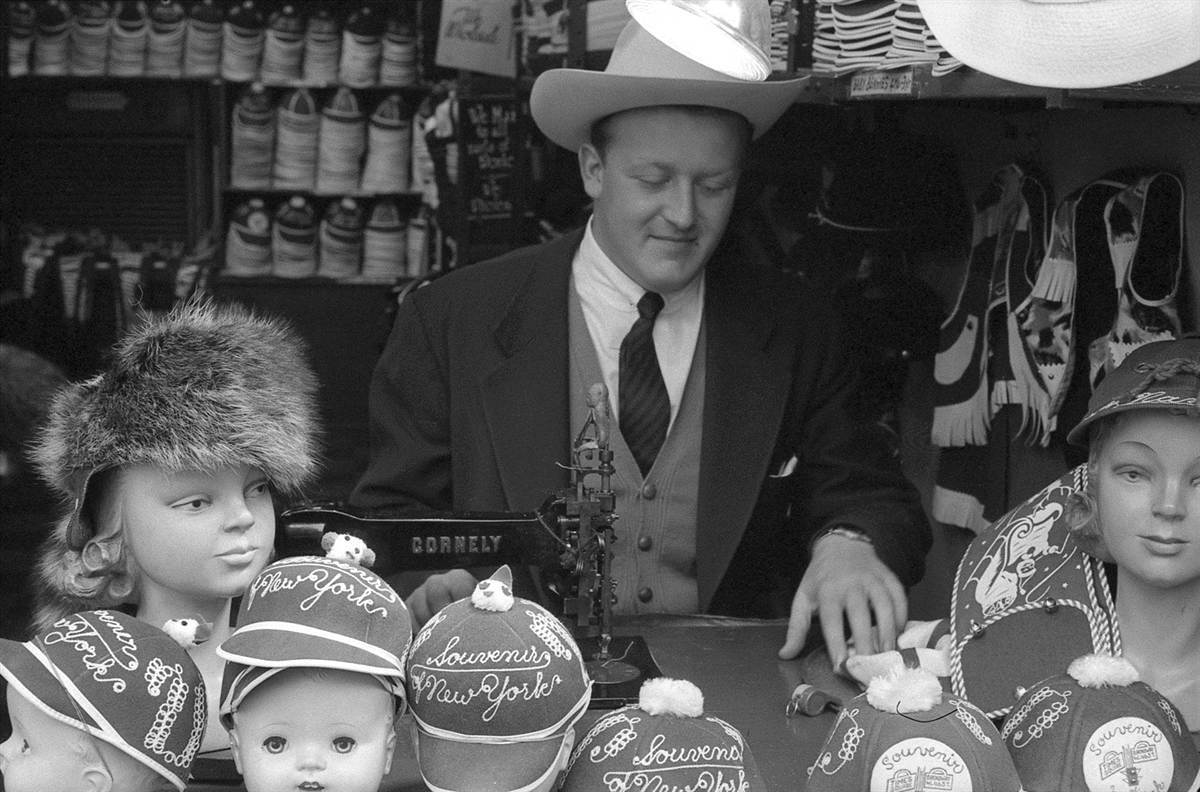 A man works on New York City souvenirs with his sewing machine in November 1954. 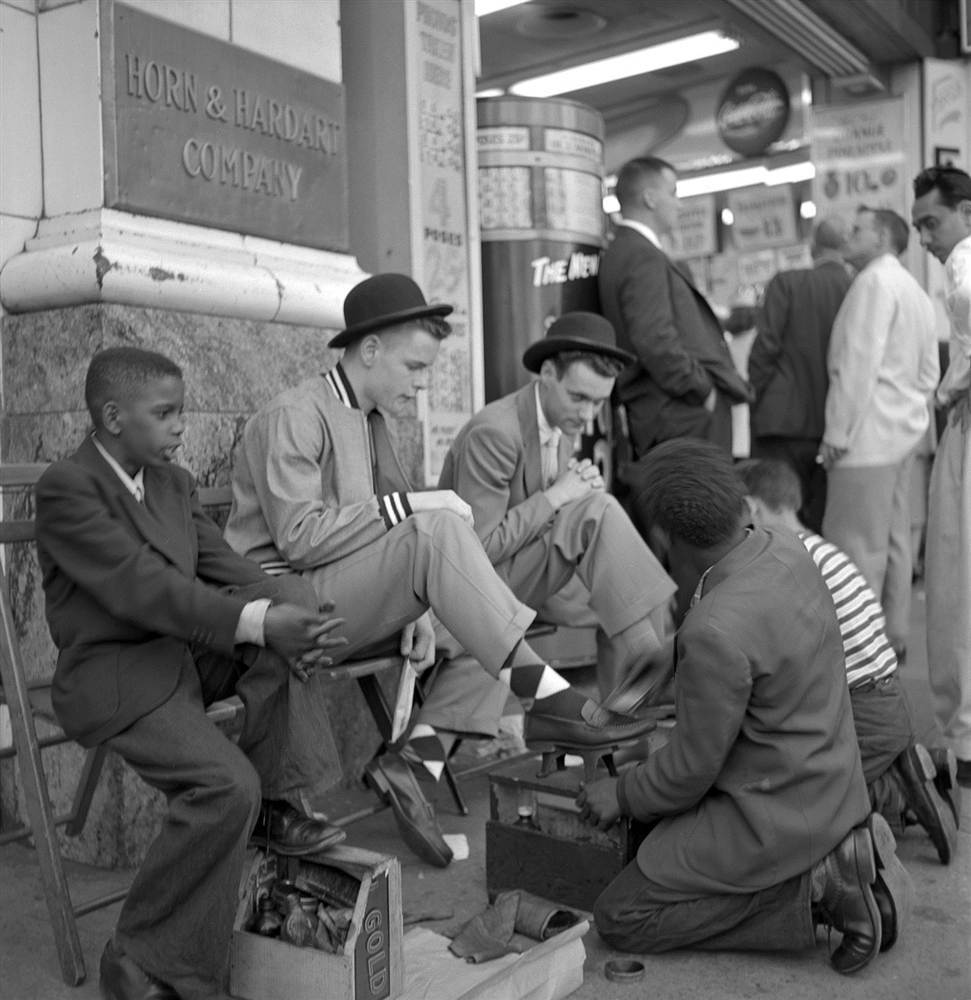 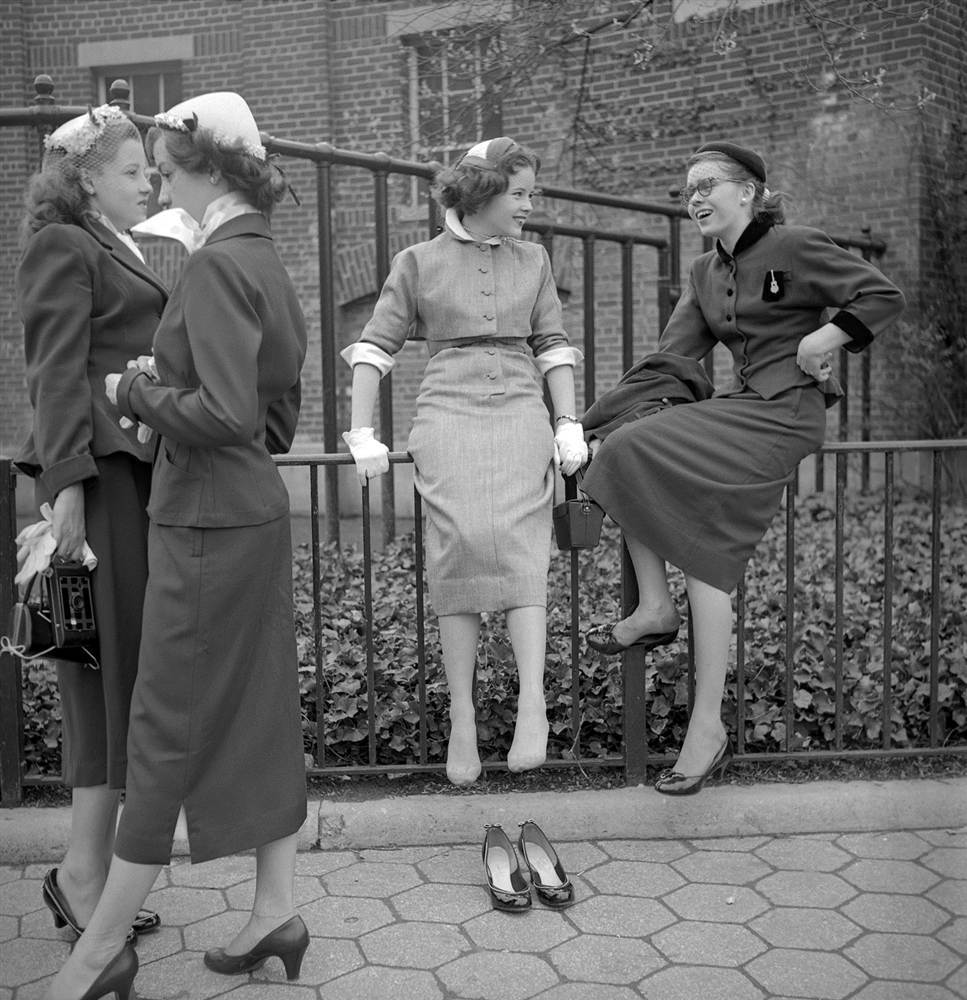 The view from the top of a Rockefeller Center escalator looks out onto Fifth Avenue. 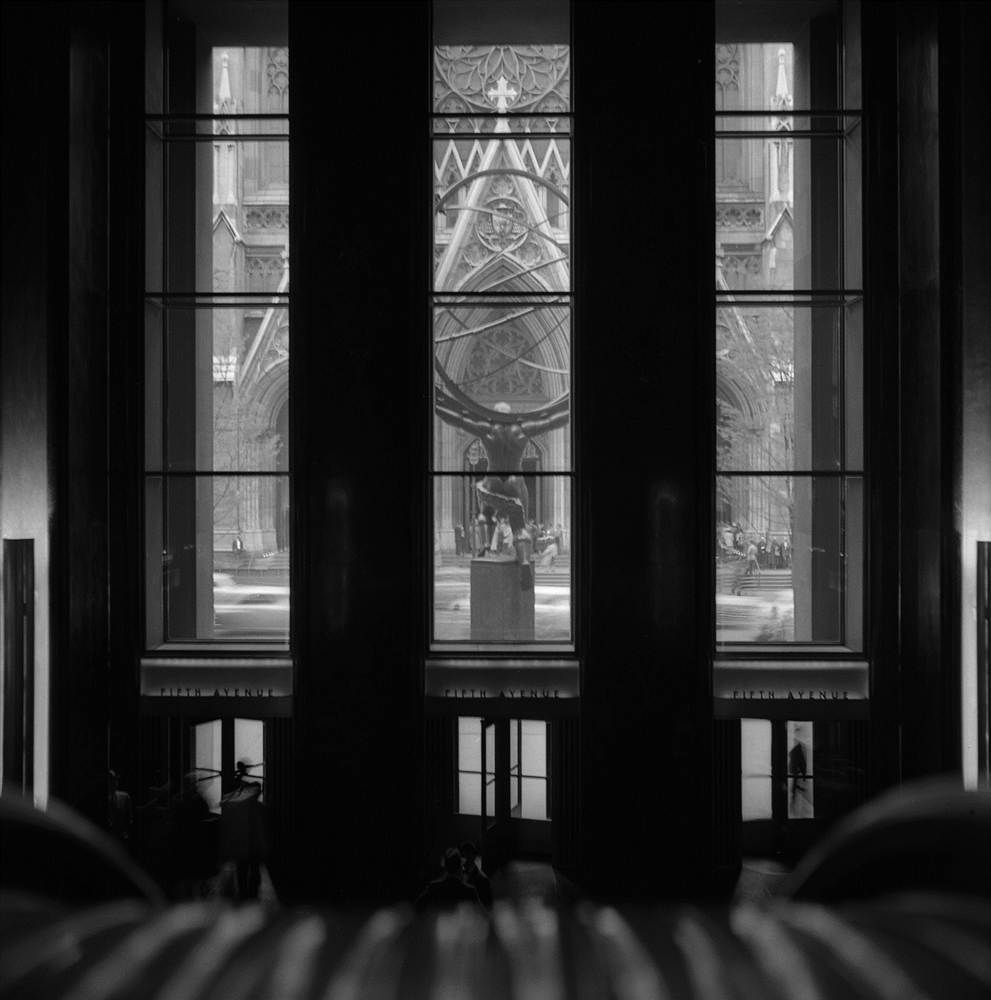 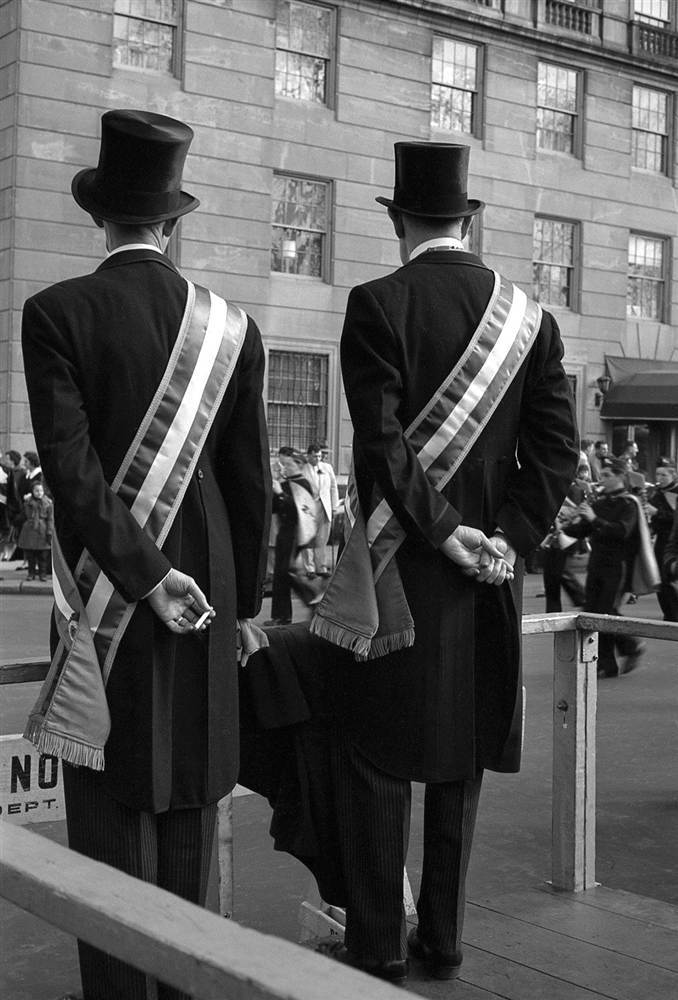 Two parade officials watch New York’s Saint Patrick’s Day parade pass by on Fifth Avenue as one of them sneaks a cigarette break. 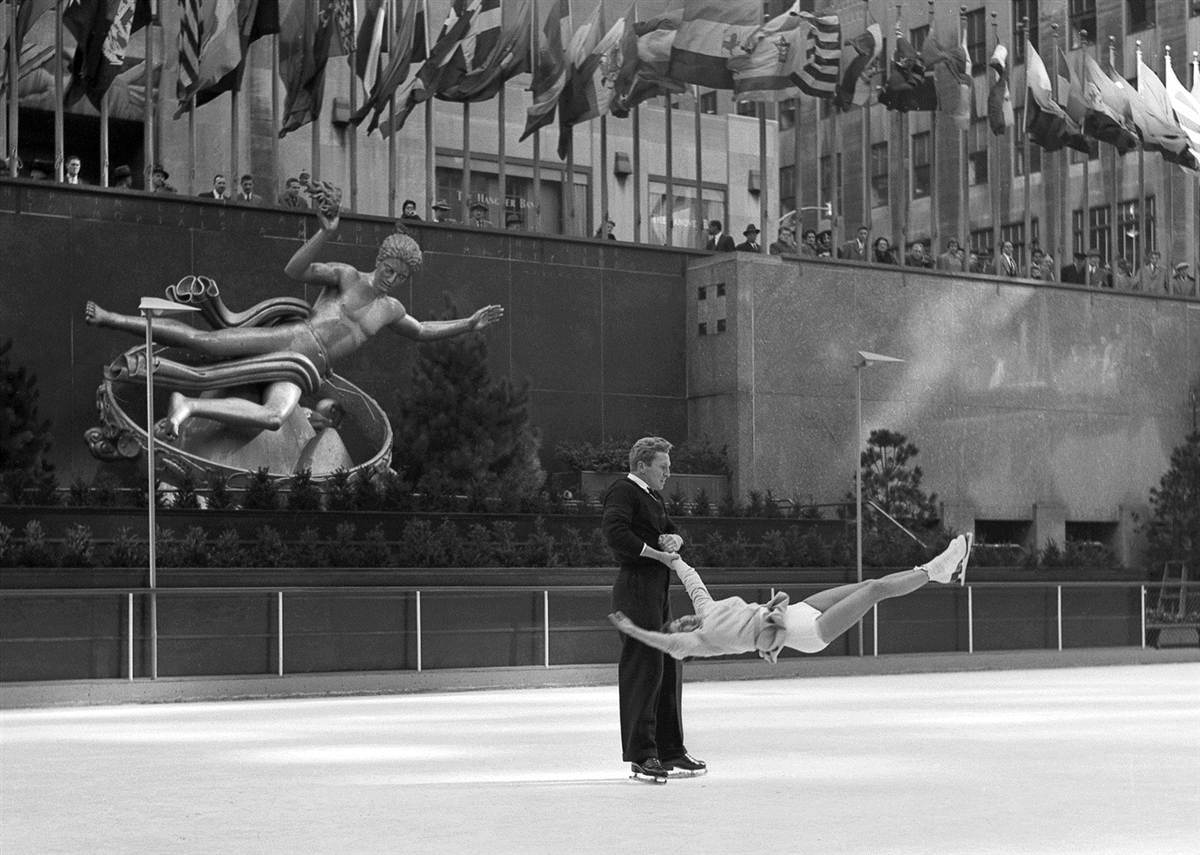 rofessional skaters make a gutsy move in this shot, taken at the Rockefeller Center rink. 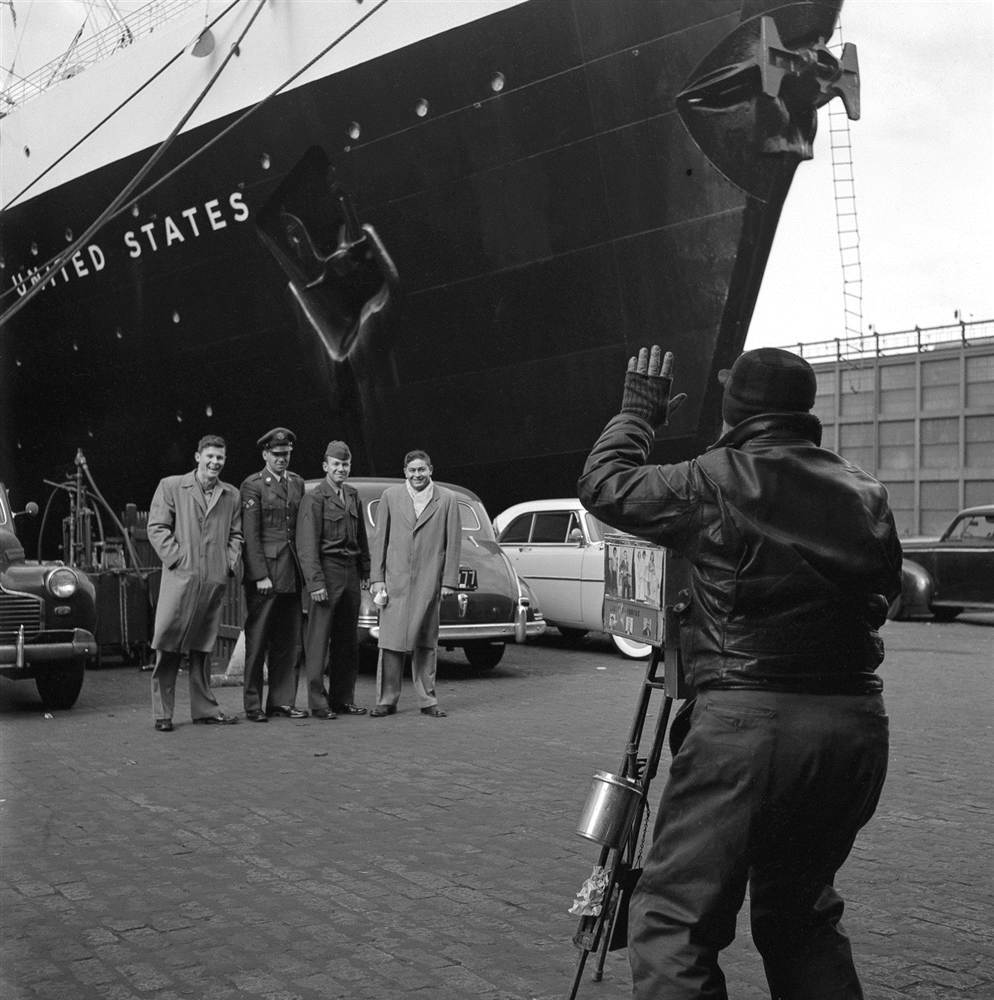 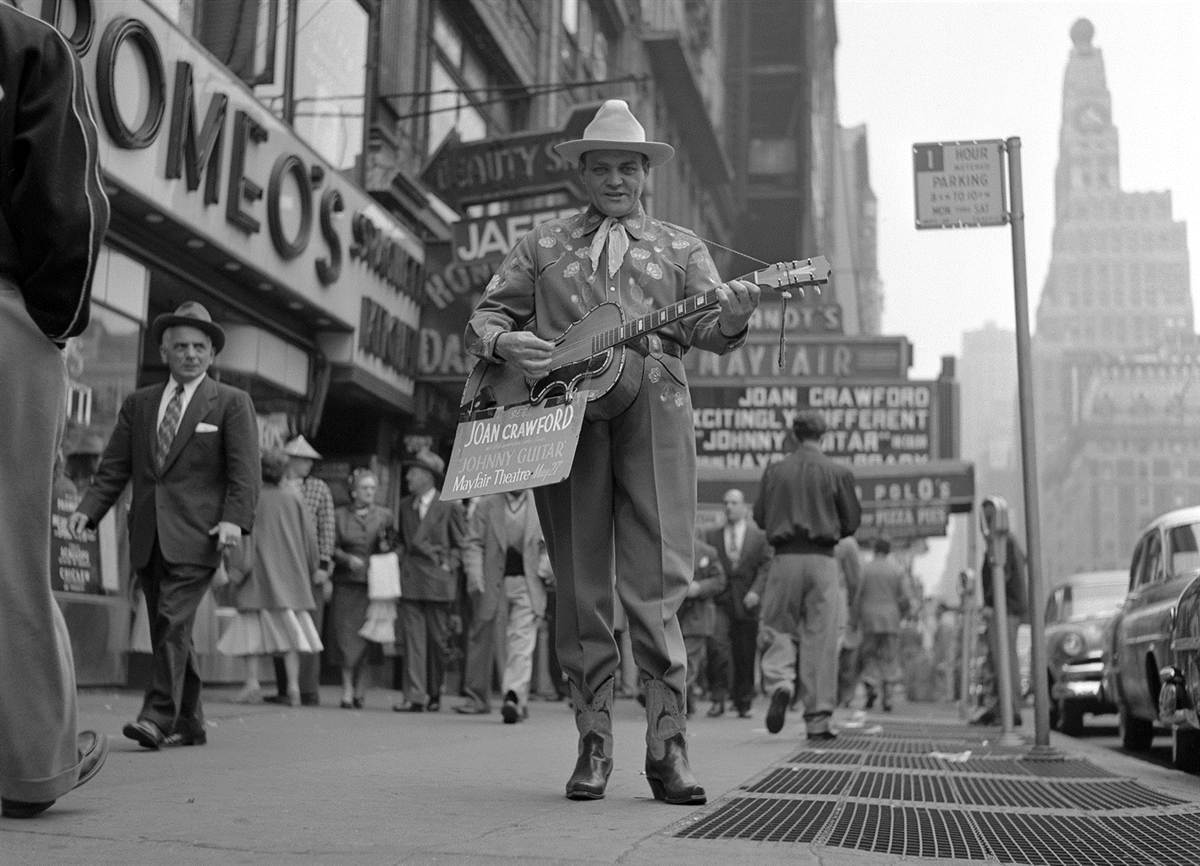 A street performer promotes the film “Johnny Guitar” on the sidewalks of Times Square in Spring, 1954. 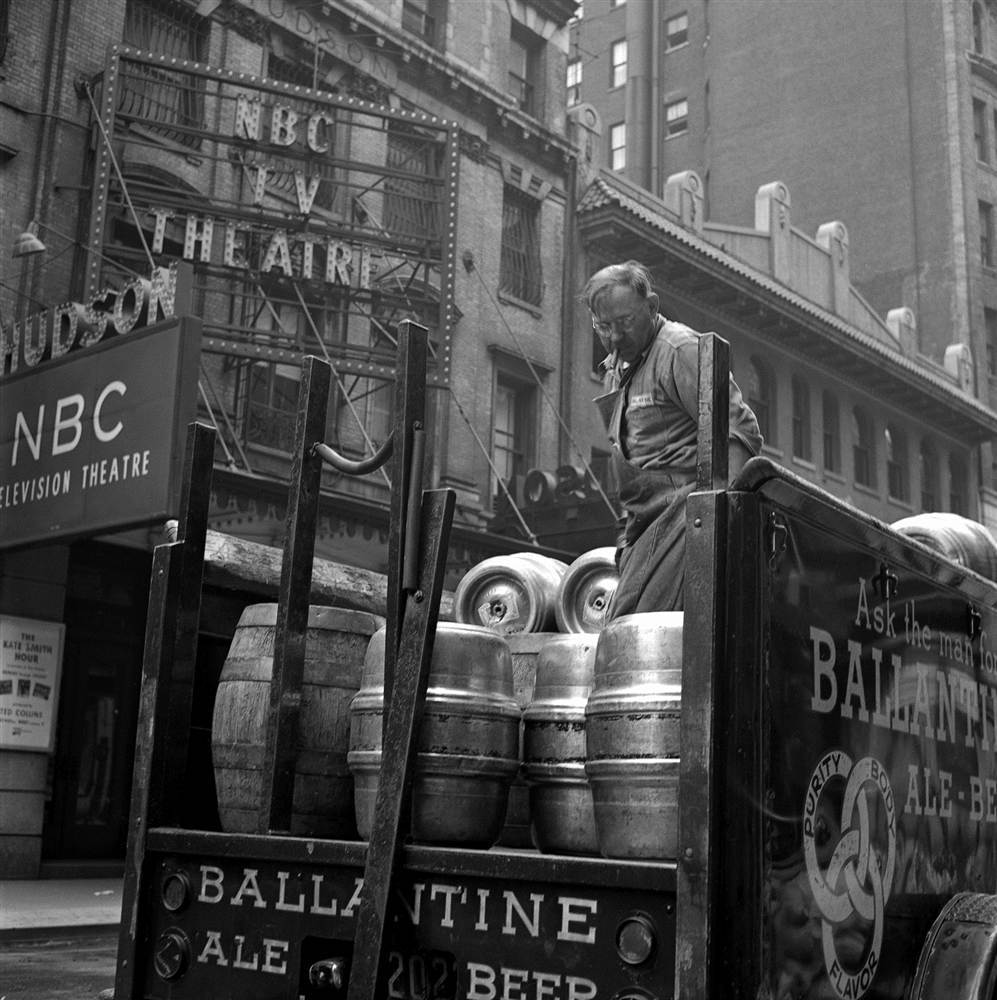 A Ballantine beer truck stops to make a delivery in front of the NBC Television Theatre. 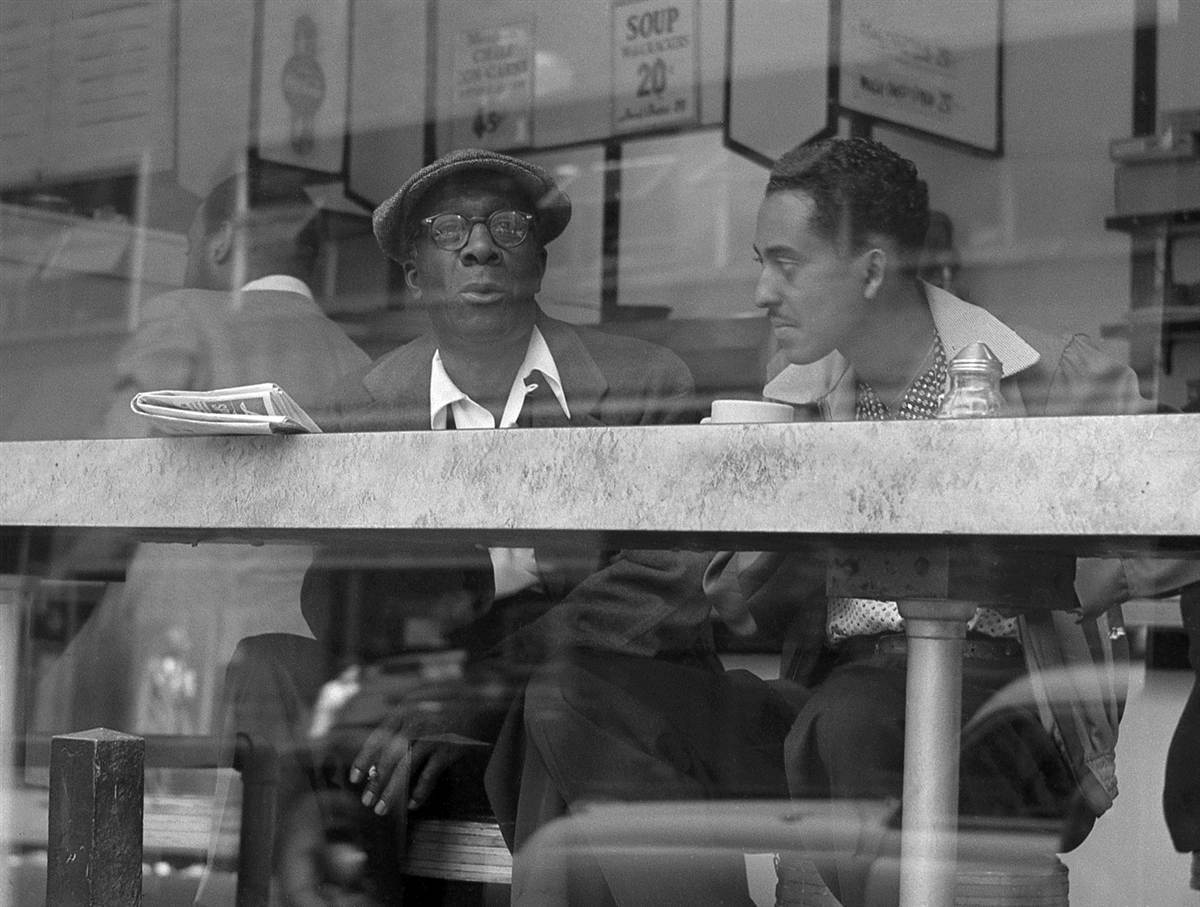 Two men chat in a coffee shop window near Times Square in April 1954. 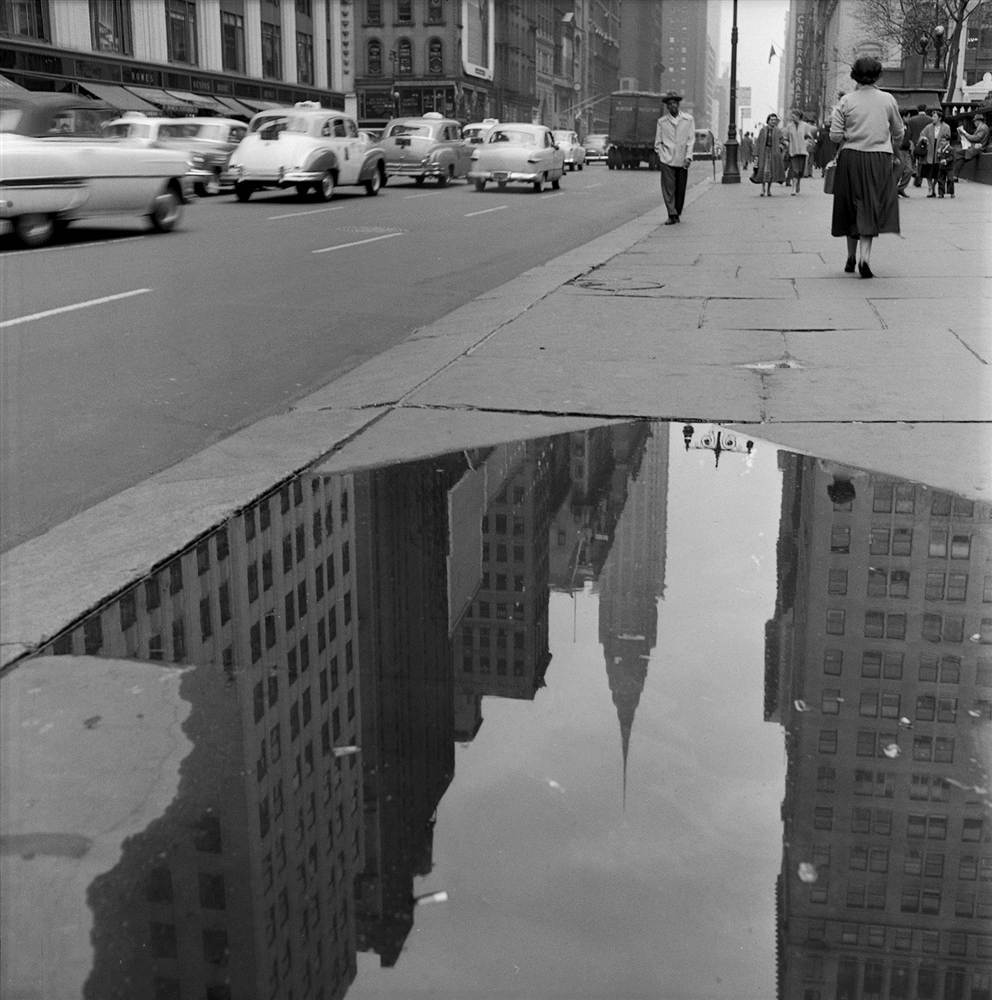 The Chrysler Building is reflected in a sidewalk puddle on 42nd St. in April 1954. 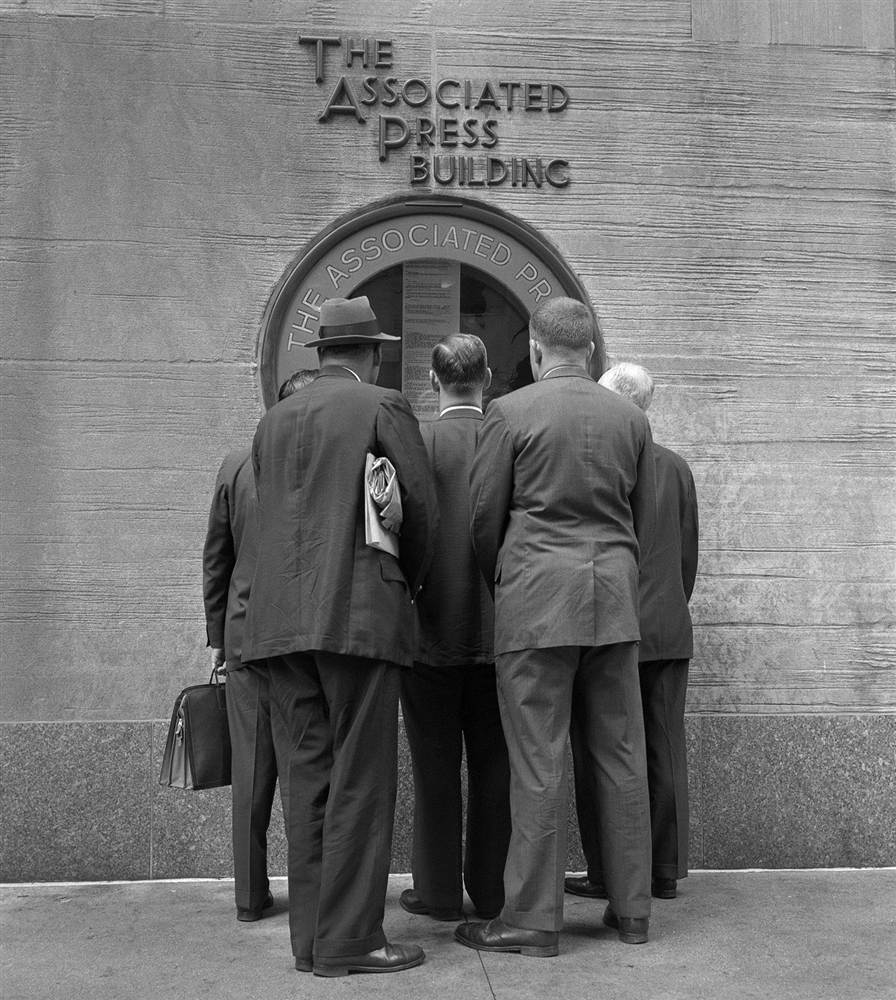 A group of businessmen huddle together at the window of the Associated Press office at Rockefeller Center to read the latest news, 1955. 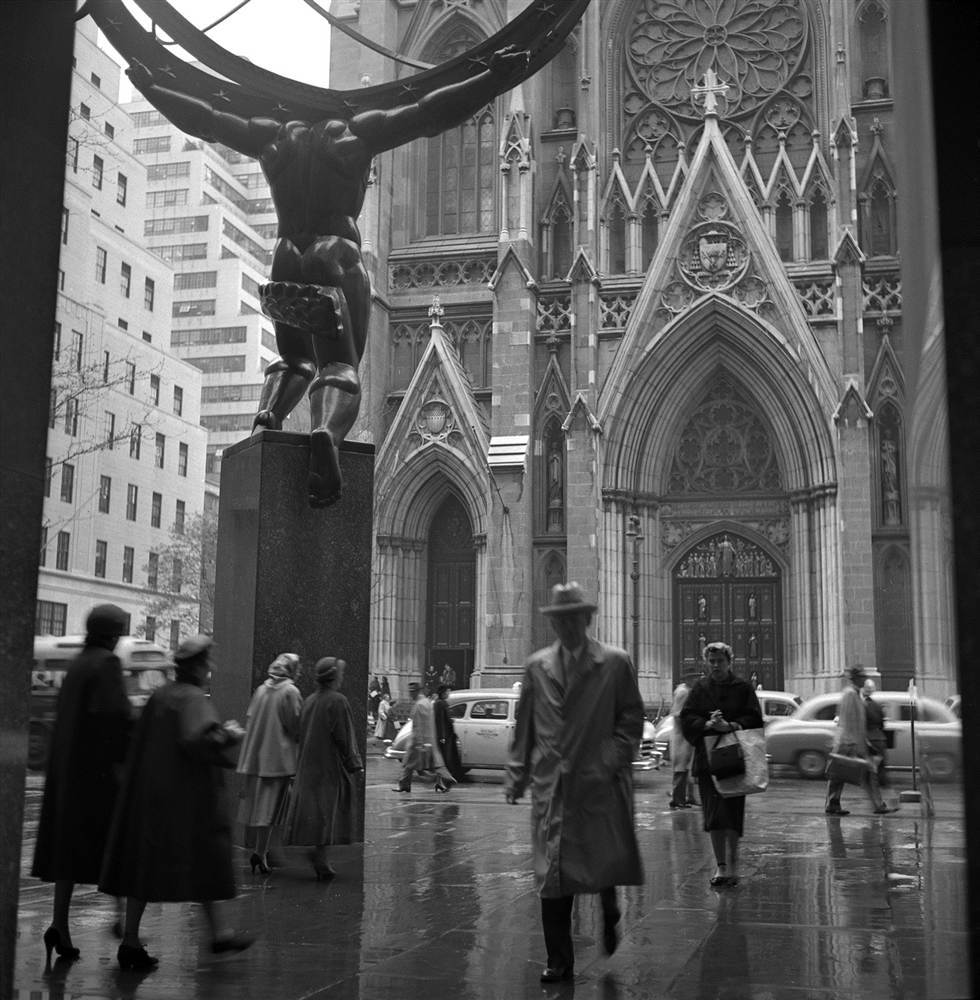 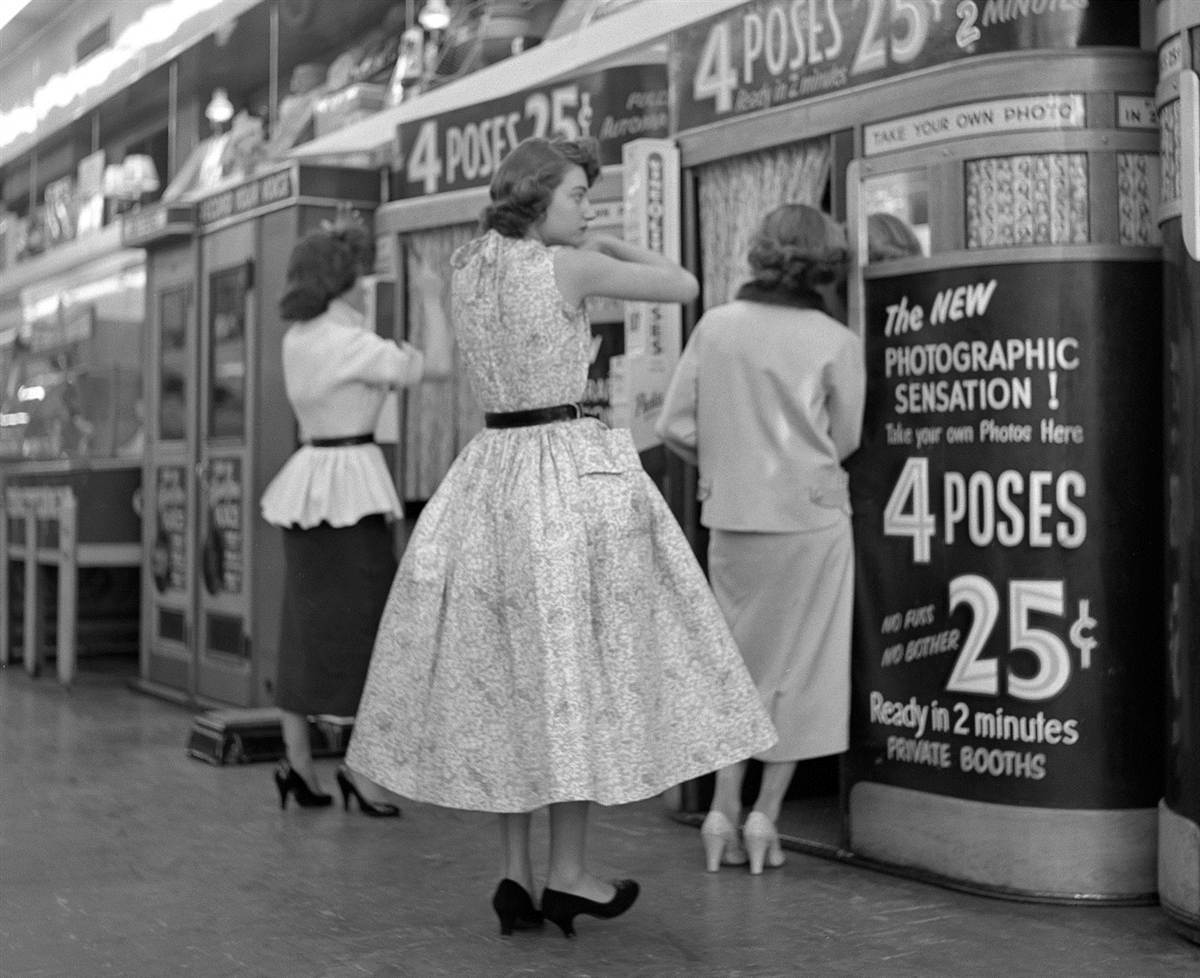 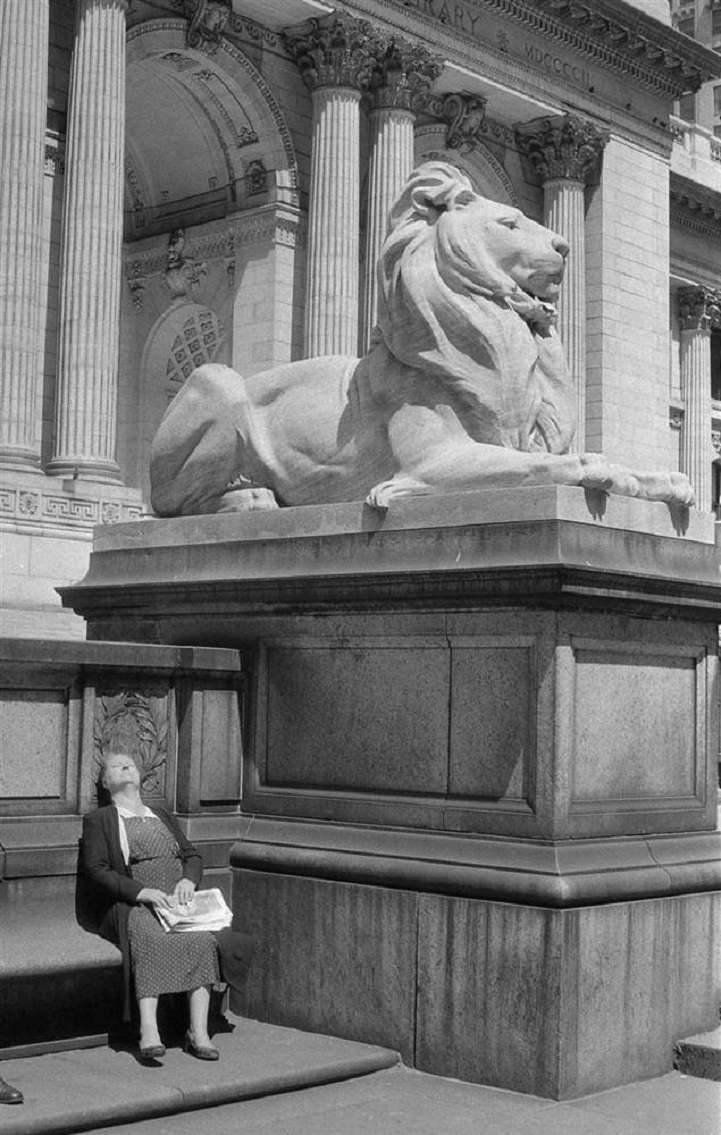 A woman suns herself outside the entrance to the New York Public Library in 1955 in this photo, called “Lady and the Lion.”

Via: MyModernMet, Queens Museum of Art