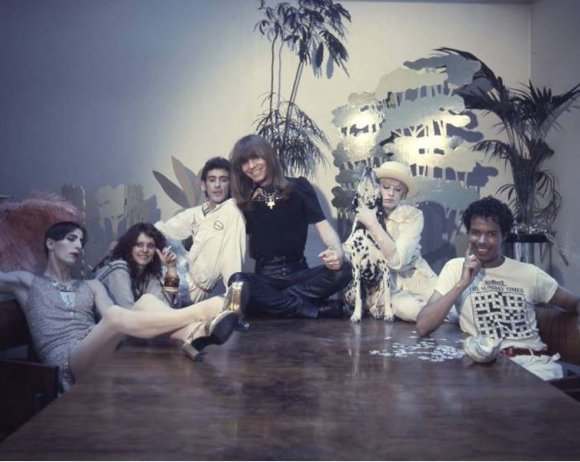 I am beguiled by this photograph, which is entitled Pierre’s Breakfast and was taken by Willie Christie at David Hockney’s house in Notting Hill on May 18, 1974.

The identities of the two individuals on the left are a mystery*; with Ossie Clark (in the white jumpsuit) are make-up artist Pierre Laroche, Marianne Faithfull and Michael Roberts (then writer/photographer at The Sunday Times, now Vanity Fair’s fashion/style director). Behind the group are a selection of artist Mo McDermott’s signature painted wooden tree sculptures.

Laroche, who had worked at Elizabeth Arden for five years before taking up with rock & roll when he was recruited by Brian Duffy for the cover of David Bowie’s 1973 album Aladdin Sane, engaged Willie Christie for the May 74 session for a potential magazine feature. 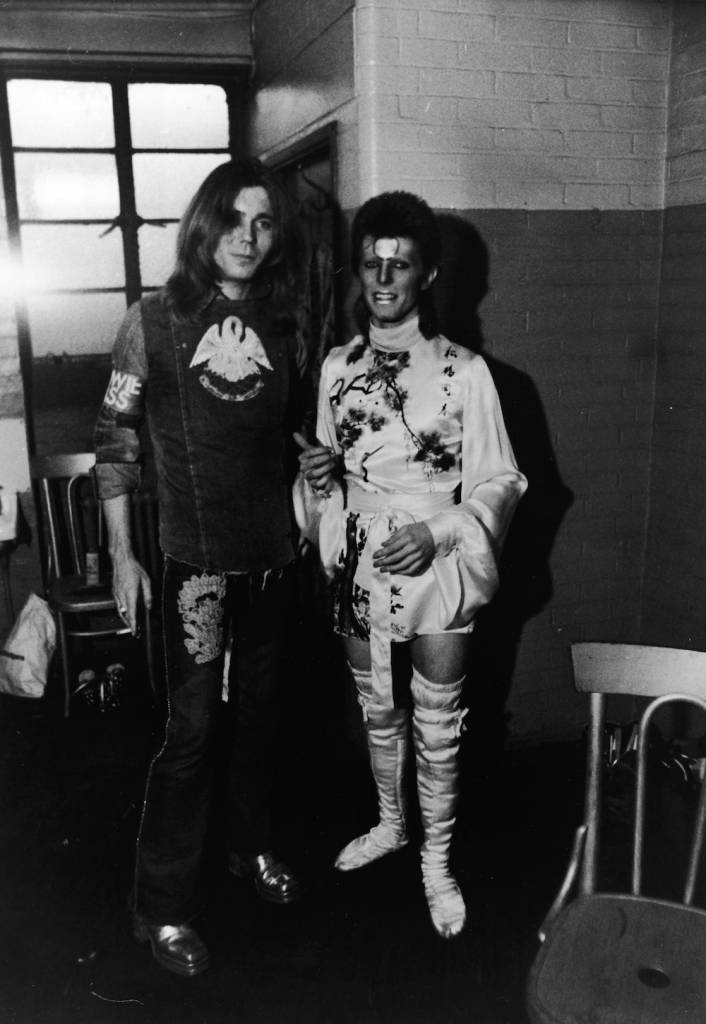 Clark, whose life was already taking the headlong dive which would end in his murder at the hands of his lover 20 years later, apparently regretted allowing Laroche to commandeer his home, as he recorded in his diary:

The Pierre Laroche Number was a bore. Willy Whatshisname [Christie] and Mo rushing. I freaked out, Marianne cool. A strange boy in drag thrilled with his face in the mirror scratched the big table with his high-heeled shoes. 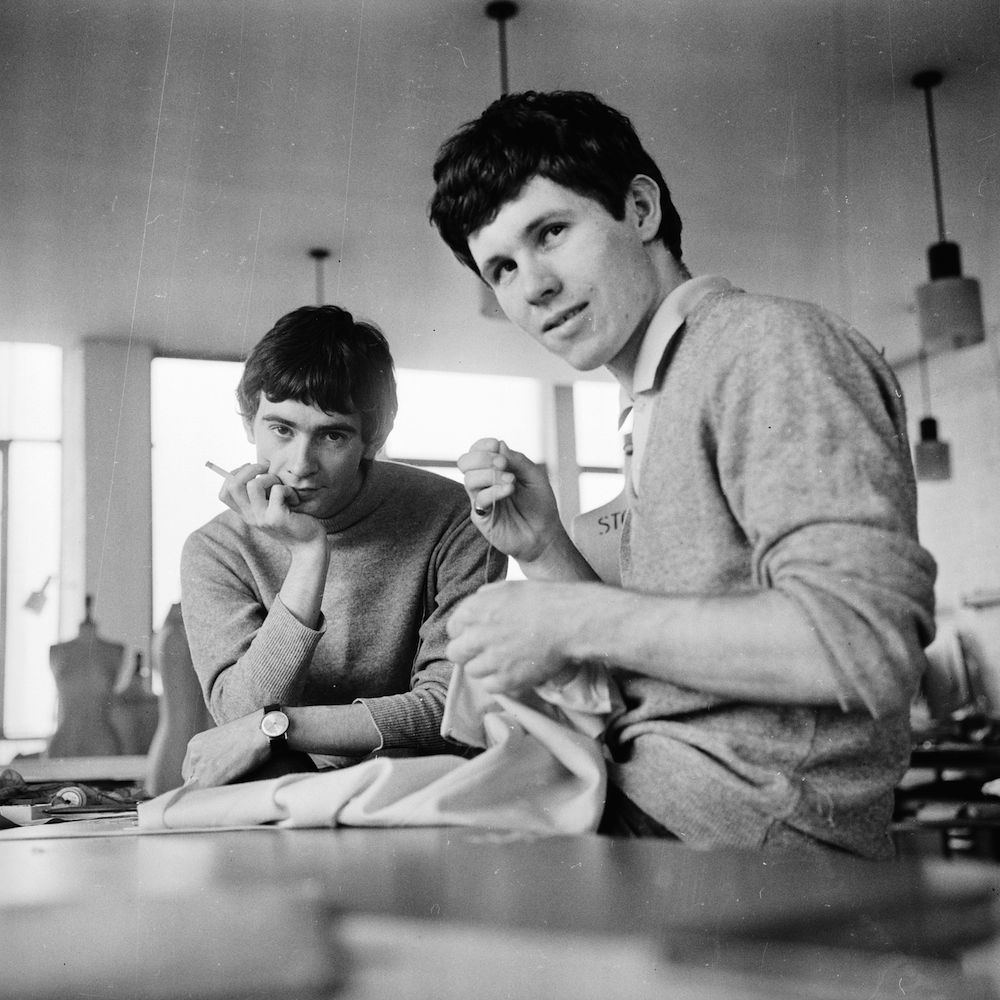 I have been unable to identify the female with the cigarette, but later that day, as Clark’s diary notes, the designer drove a Rolls-Royce to Charlton FC’s ground in south-east London in the company of his friend Michelle Wilde to see The Who top a bill which had included appearances by Lou Reed and Humble Pie. 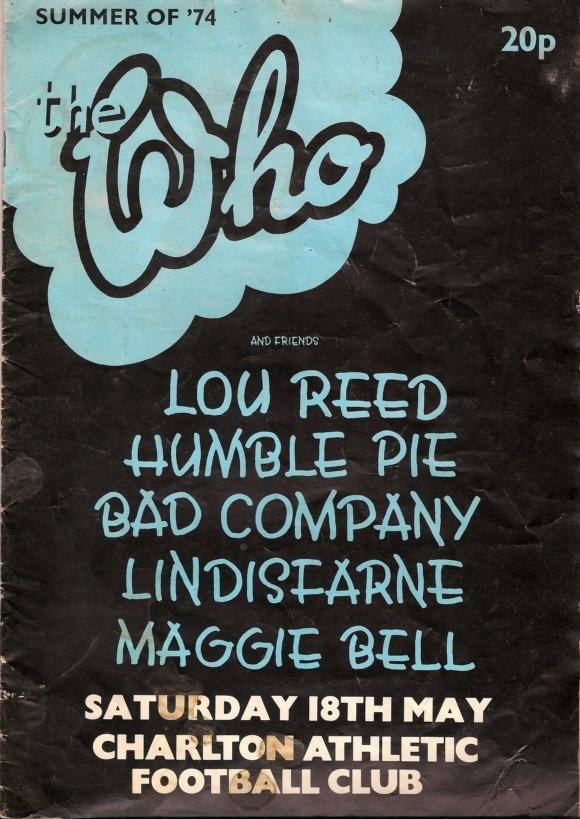 Above is the front cover of the programme I bought that day; I was also in the audience, though in considerably different circumstances, as Clark’s diary underlines:

“THE WHO are really on form – and who wouldn’t be with 60,000 faces out in front and lots of madness on stage. I didn’t make the backstage party. The O’Rourkes [Pink Floyd manager Steve and his wife].Chelita [Secunda, pioneering rock fashion stylist]. I drove the Rolls back through lots of violent scenes – they threw beer cans and vodka bottles on to the stage at the end…half oz of coke. Refined.”

Willie Christie doesn’t recall the Pierre’s Breakfast shoot resulting in magazine coverage and Laroche – whose credits include Bowie’s 1973 live performances, Pin Ups cover and Life On Mars video, as well as The Rocky Horror Show movie and Roxy Music’s For Your Pleasure – soon shifted base to the US, providing Mick Jagger’s make-up for the Stones’ gargantuan 1975 US tour, as well as his services for record sleeves for Hall & Oates among others. Laroche succumbed to Aids in the mid-80s.

Another tragic demise was recorded the year after the Pierre’s Breakfast session by Clark in his entry for November 19 1975:

“Suzie [sic] Menkes [then fashion writer at The Times, these days International Herald Tribune doyenne] phoned re JL’s death. Apparently he thought he was possessed by the devil, poured petrol over himself on a building site after saying there was no love in the world, and burnt to death.” 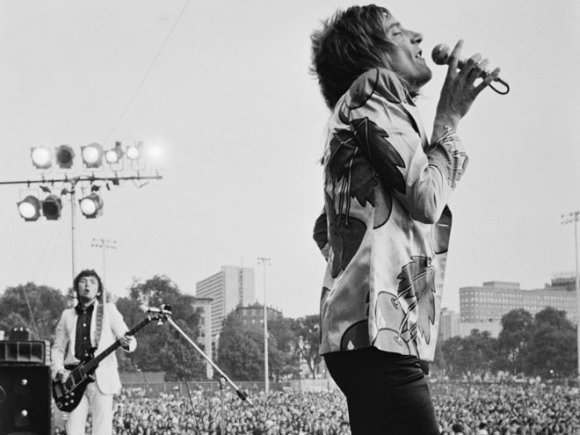 “JL” is John Lloyd, the fashion retailer whose Alkasura boutique at 304 King’s Road had been a magnet in the early 70s for such performers as Rod Stewart and Marc Bolan (with whom he was particularly pally). Clark’s account of Lloyd’s horrific suicide is accurate; Lloyd had developed a religious mania, at one time stalking the streets of Chelsea dressed in a monk’s habit.  I’ve pointed out the significance of the entry to the OC Diaries editor Henrietta Rous. 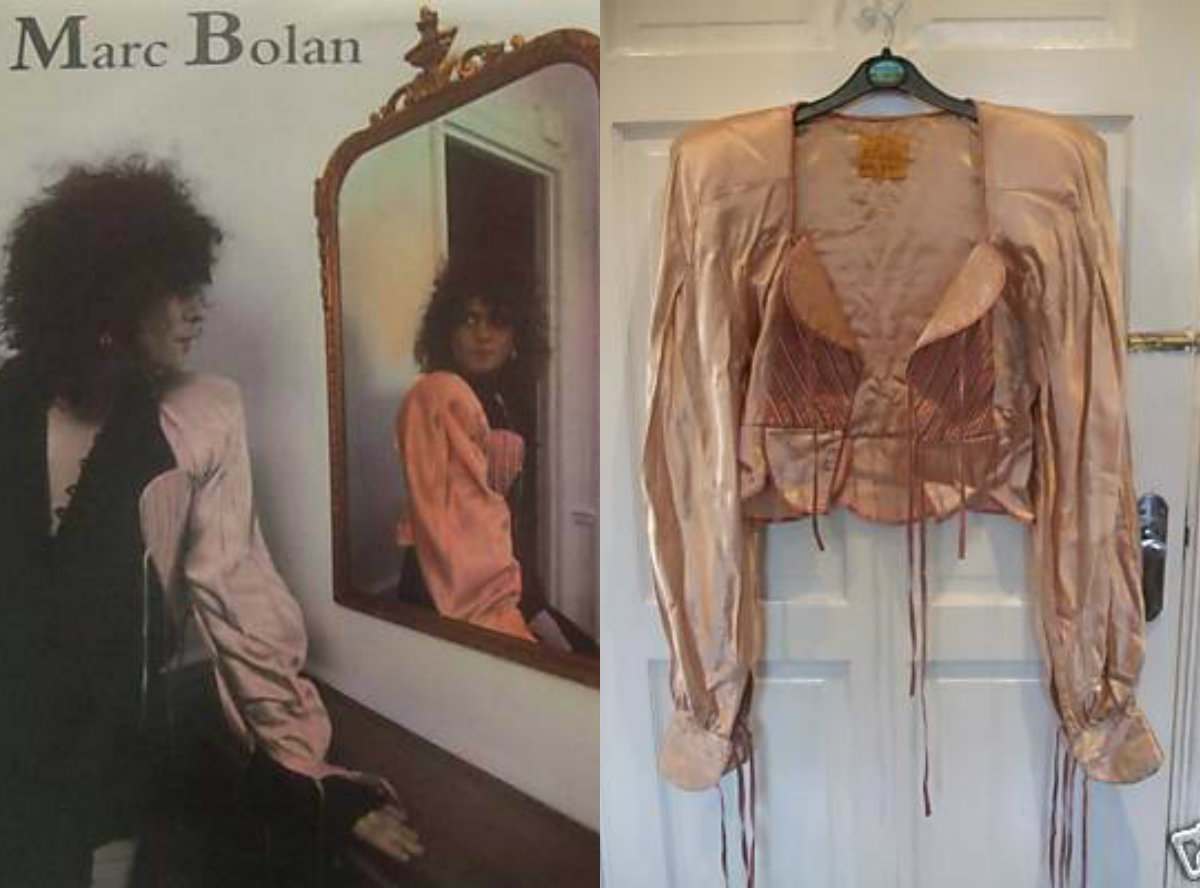 To return to the Willie Christie photograph which set off this post, it contains for me more than a whiff of the tragedies awaiting not just Laroche and Clark, but some of the other individuals involved; the troubled McDermott died in 1988 in Los Angeles and Faithfull was already in the embrace of a heroin addiction which was to plague her for many years to come.

But I guess I am most intrigued by the presences of the unknown: the “strange boy” in the dress and and the smoking female who studies him so coolly.

Information as to their identities would be welcome.

*Subsequently artist Kevin Whitney identified the boy in drag as the model Jurgen (also known as Valentino Moon). See here. In the comments below, Valerie Paynter writes that the woman with the cigarette is Quorum’s Alice Pollock.

Read about Willie Christie’s role in the creation of one of the greatest record sleeves of all time here.

I’m indebted to Bowie archivist Kevin Cann and Henrietta Rous for background information.  Their respective books Any Day Now: David Bowie The London Years 1947-1974 and The Ossie Clark Diaries are mandatory reading in my view.