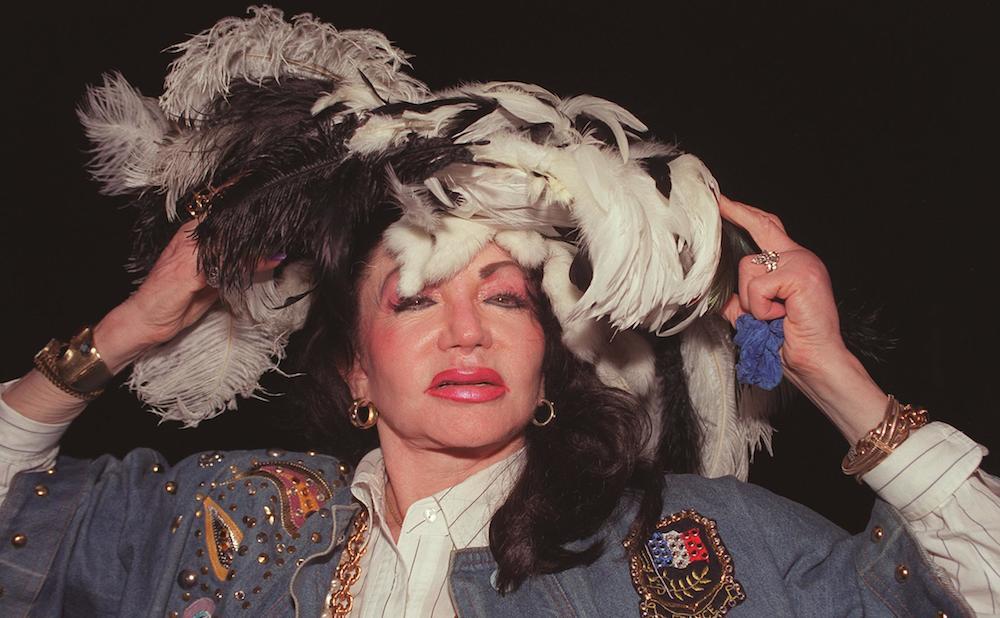 The Gorgeous Ladies of Wrestling (GLOW), created by Sylvester Stallone’s mom (seen above), hit the boob tube during the 1980s.  It didn’t last long – and it case you missed it, just picture the WWF, but without the maniacal intensity. The only lure was hot 80s babes in leotards…. we didn’t have the foresight to appreciate its cheesy nature.  It takes a couple decades before something this horrible can be enjoyed.

Perhaps, GLOW’s most embarrassing legacy are the raps each lady wrestler would spit into the mic before the matches began.  Picture the most stilted and awkward hip hop song you’ve ever heard (maybe something by Ja Rule or Vanilla Ice) and then multiply it by largest number in the universe (∞ – 1), then you might be close to what it sounded like.  The GLOW rap made the Super Bowl Shuffle sound hardcore. I’m amazed Chuck D and Professor Griff didn’t terminate this travesty with extreme prejudice. (You can check some of it out on YouTube).

Admittedly, I didn’t watch a whole lot of GLOW. Not that I was above it – I was, after all, a loyal viewer of Dance Party USA; so, my standards were obviously not too high.  I even enjoyed my share of mindless wrestling on a Sunday afternoon – back in the days of Andre the Giant, the Junkyard Dog and the Great Kabuki.  But despite the allure of some ultra-hot eighties wrestling costumes, GLOW never really did it for me…. and evidently it didn’t do much for anybody, because it was cancelled after a few short years.

I’ve heard that Jayne Mansfield’s youngest son revived GLOW not that long ago, but I haven’t seen it.  However, I did get a surprising amount of enjoyment from a few old issues of GLOW magazine.  The  unbridled pathos of the late eighties is on full display on each and every page. Take a look… 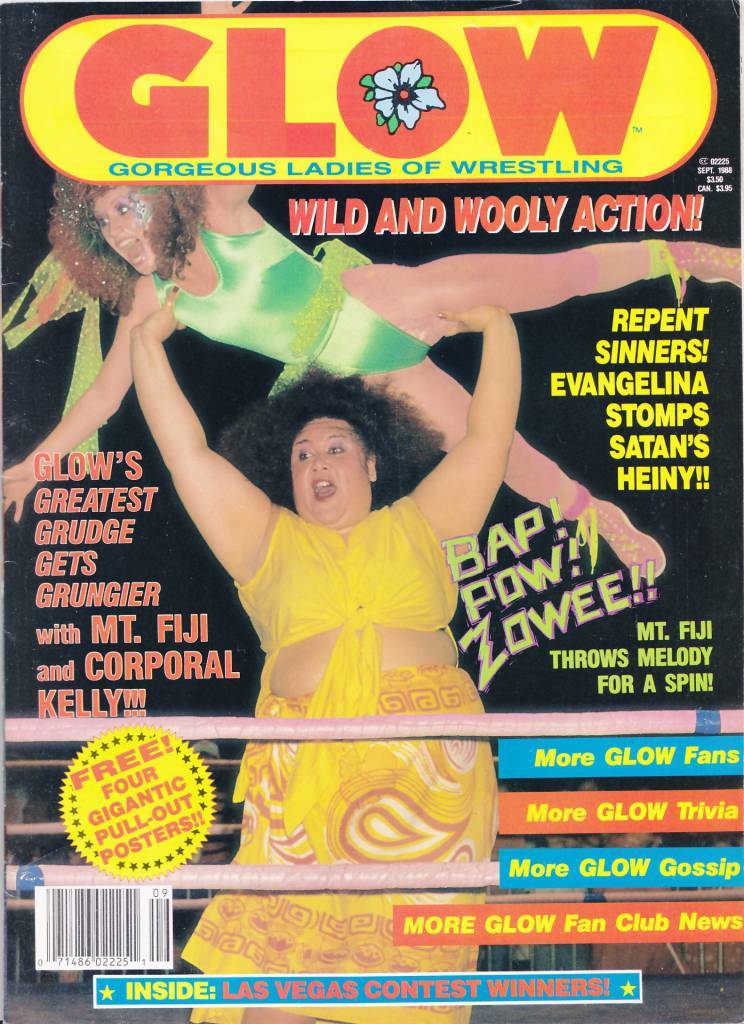 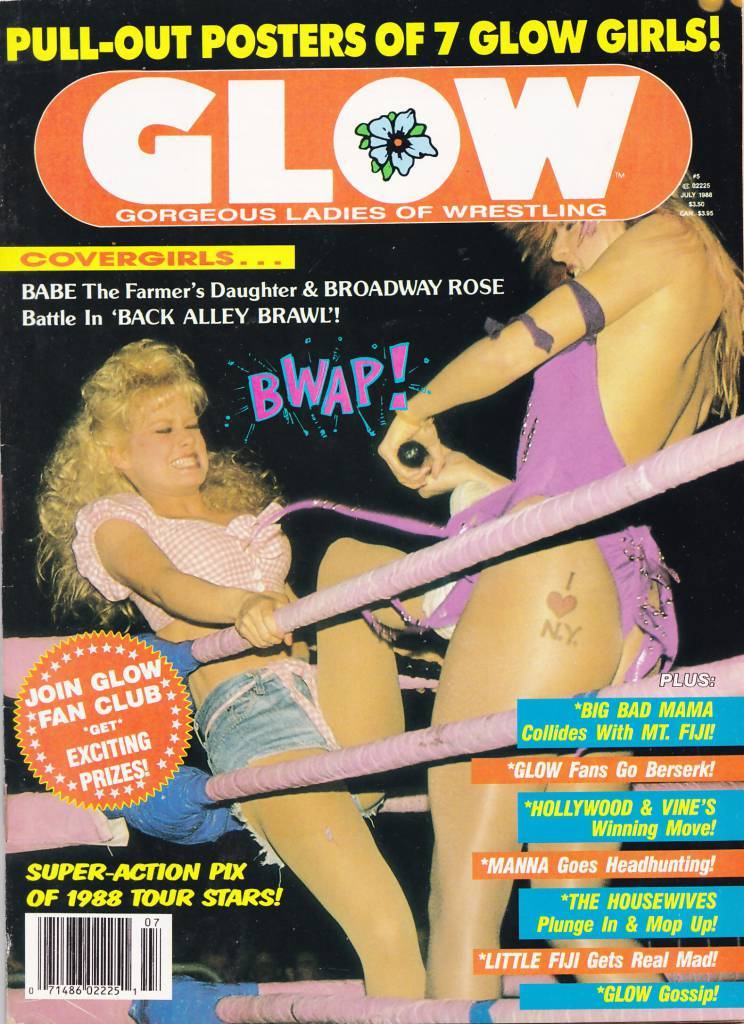 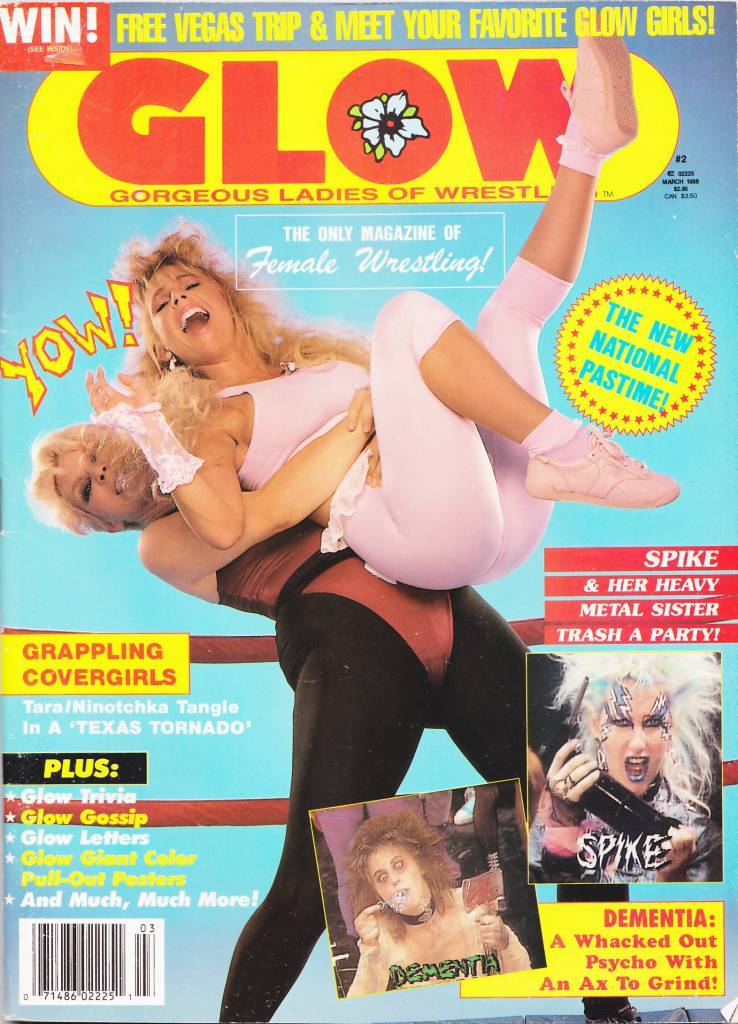 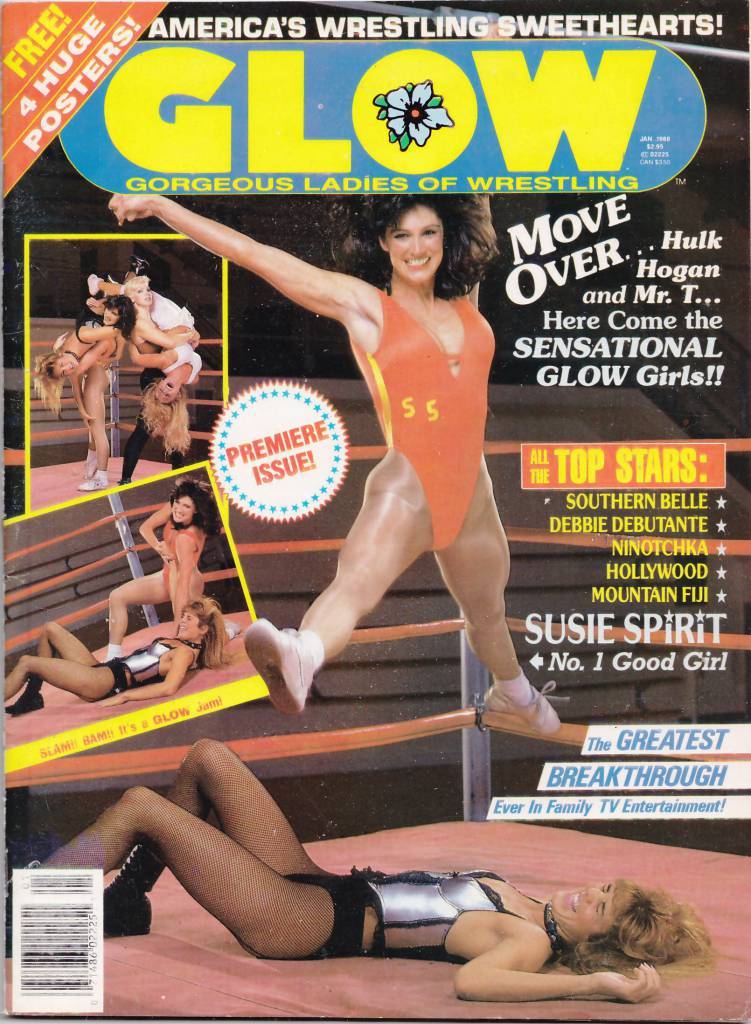