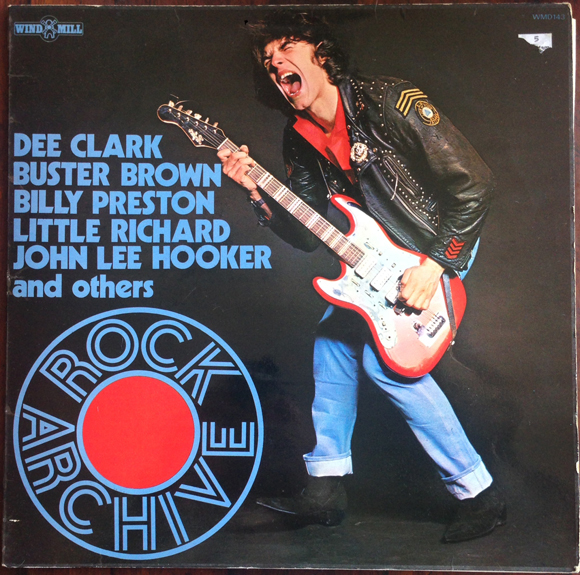 It is relatively common knowledge among those interested in the careers of Malcolm McLaren and Vivienne Westwood and their series of extraordinary shops that they supplied clothes to the 1973 album Golden Hour Of Rock & Roll; Let It Rock at 430 King’s Road was clearly credited on the back of the record sleeve. 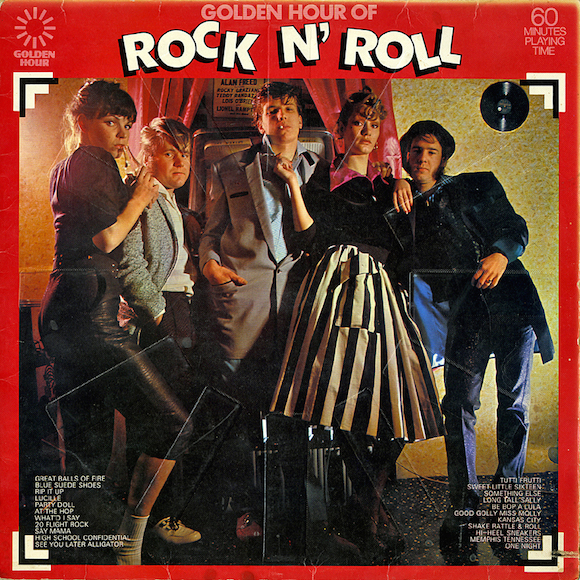 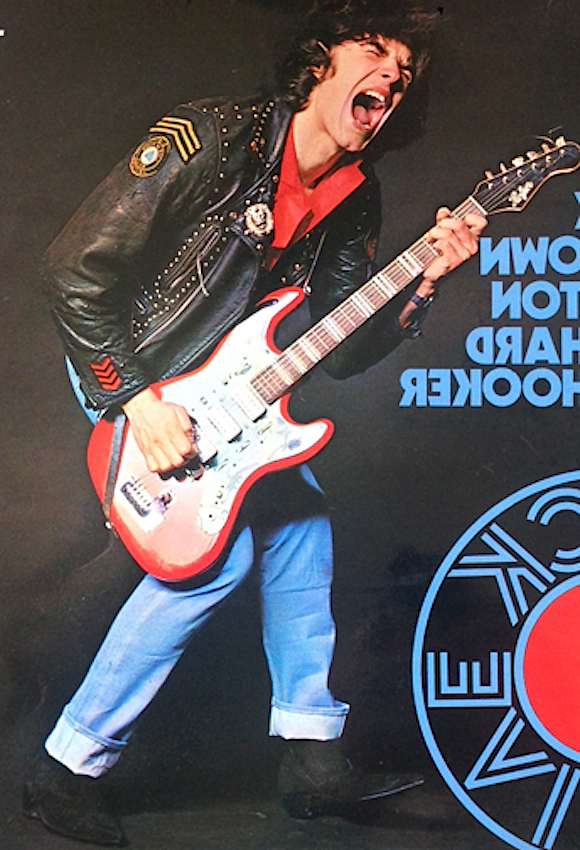 The photograph on the Rock Archive cover was flipped to better accommodate the text. Here it is as originally shot

But I have fresh information which helps towards a greater understanding of McLaren’s project to investigate the detritus of popular culture’s recent past. During a bout of research recently I came across this earlier and hitherto undocumented use of Let It Rock clothing in a music context: the front cover of Rock Archive, a budget LP compilation released by the specialist British independent label Windmill in 1972.

And I am detailing the clothes on the cover with images taken inside Let It Rock which have never been previously published. 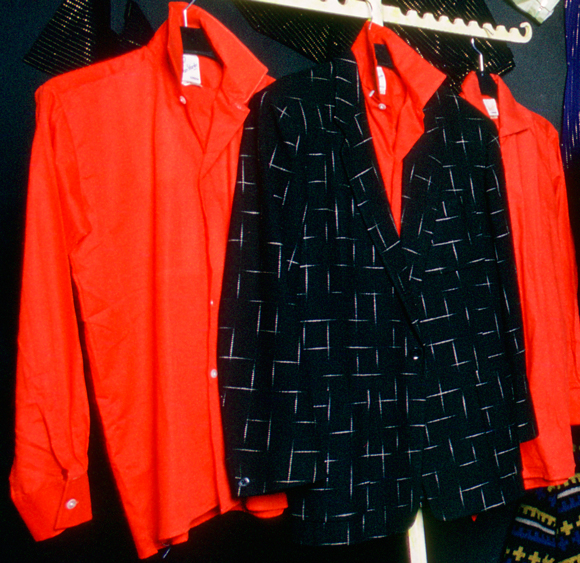 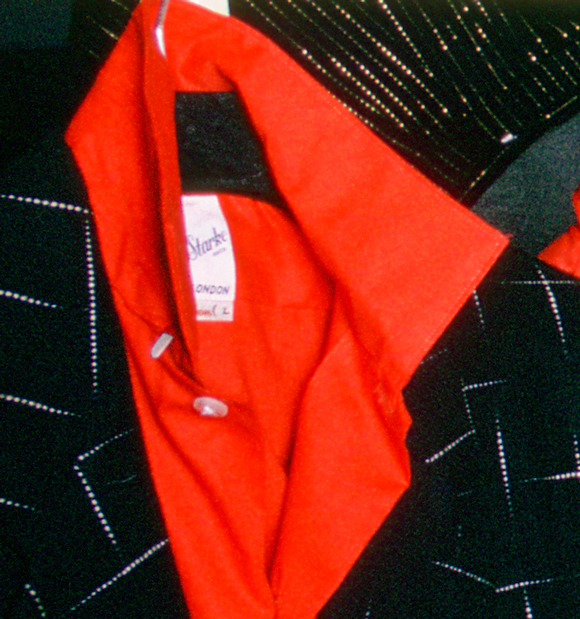 Each garment worn by the model – whose attempts at rocking out resulted in his giving every appearance of suffering considerable pain – comes from the deadstock of British brands assiduously assembled by Malcolm McLaren and his art-school friend Patrick Casey for the opening of the world’s first avowedly post-modern retail outlet in November 1971.

The shirts are an anomaly which might explain why they were not sold at the time they were made, since Frederick Starke primarily focused on designing women’s-wear from his outlet in Bruton Street, Mayfair (and made his name producing costumes for Honor Blackman’s character Cathy Gale in 60s TV series The Avengers). 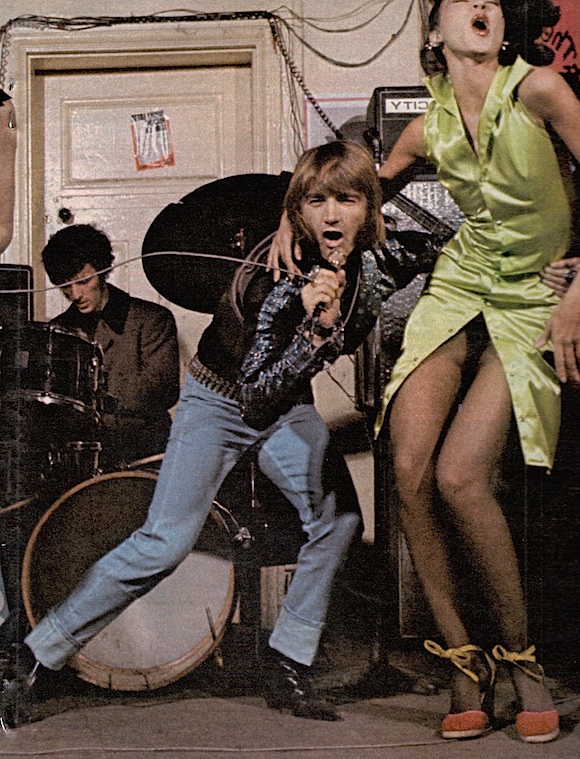 Screaming Lord Sutch in Let It Rock boots, Lybro jeans, satin shirt and waistcoat for a Sunday Times photoshoot 1972. The model’s satin dress was among stock left over from Let It Rock’s predecessor at 430 King’s Road, Paradise Garage. Her shoes were from Chelsea shop Zapata

The Rock Archive outfit conforms to clothing worn by British rockers around 1962/3. It is a common misconception that McLaren opened Let It Rock solely in tribute to Teddy Boy culture; in fact he was just as interested in the opposing Ton Up boys who appeared in the wake of the Teds, and told a journalist in one of his first interviews (also in 1972): “The rockers prefer strong ideas like the winklepicker boots and the rocker girls like the mohair dresses.”

At the time of Rock Archive’s release, all of the clothing manufacturers were still in existence and had only recently stopped production of the lines seen here. Lybro was a popular Liverpool-based brand advertised by the Beatles; in shots for their 1963 campaign Ringo Starr wore the ice-blue jeans with mandatory 5in turn-ups. My own first jeans as a kid in the 60s were Lybro. Their cheap and thin Empire denim was no match for the likes of Levi’s. 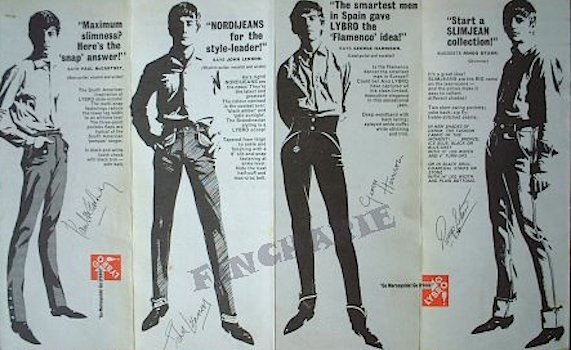 It is interesting to note that in 1972, the year of Rock Archive’s release, Lybro was among the clients of Let It Rock customer Lord Saatchi (then Charles) and his brother Maurice, who produced an advertising campaign for the brand’s jeans. This included a TV ad soundtracked with Little Richard’s Good Golly Miss Molly. Doubtless this derived from the impressive collection of original rock and roll records amassed in this period by Lord Saatchi from 430 King’s Road. 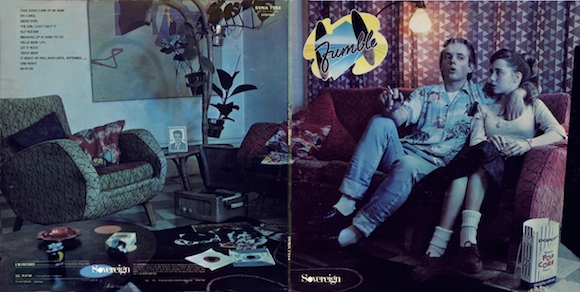 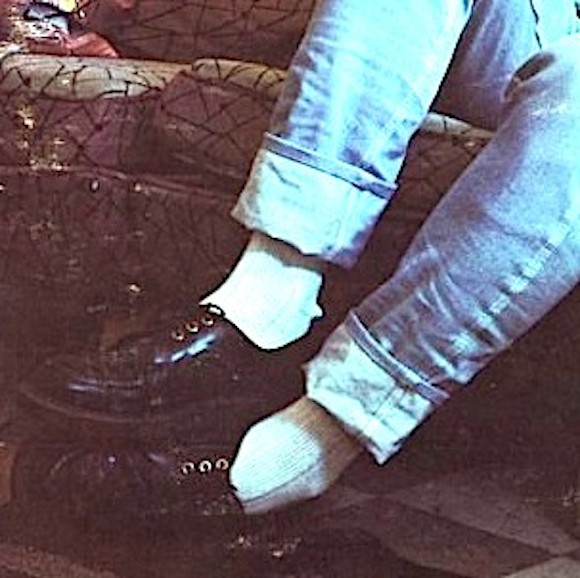 Design studio Hipgnosis also used Let It Rock as a source of clothes for the stylised retro sleeve for Brit-rockers Fumble’s 1972 debut album – the male model in creepers and Lybro Slimjeans – but the unadorned nature of the Rock Archive image is truer to the gritty, unblinking Let It Rock aesthetic and McLaren’s considerable powers of curation in developing what can be seen now as not so much a boutique as a serious art project.