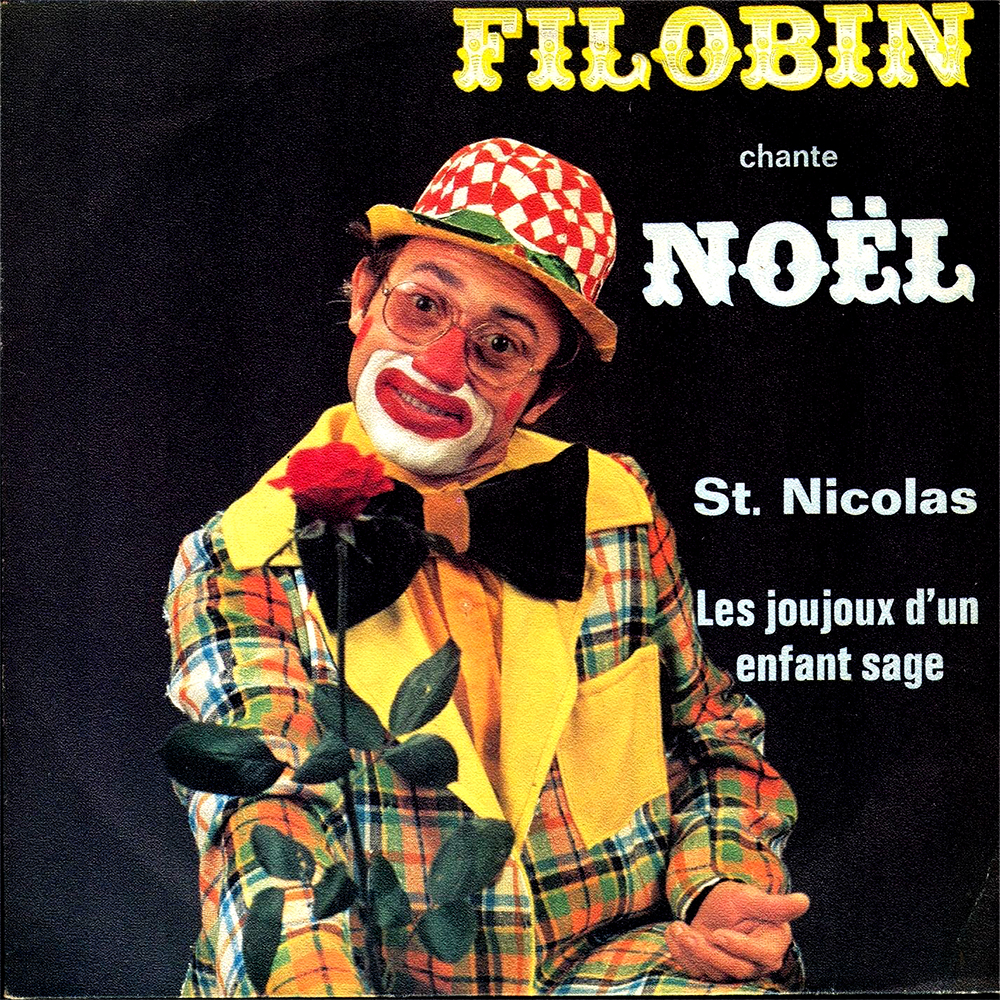 Nothing says Christmas like a creepy clown, am I right? 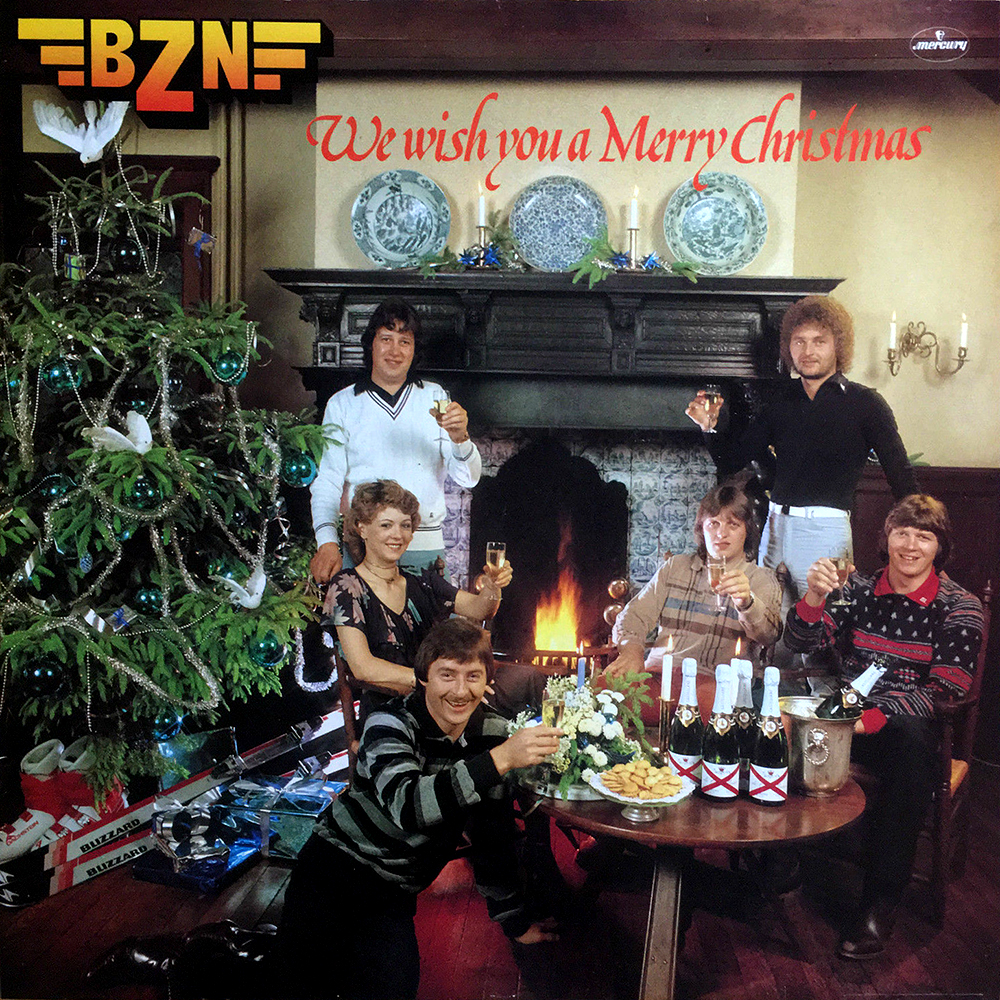 BZN is really ready to celebrate the holidays – with a bottle of champagne each! 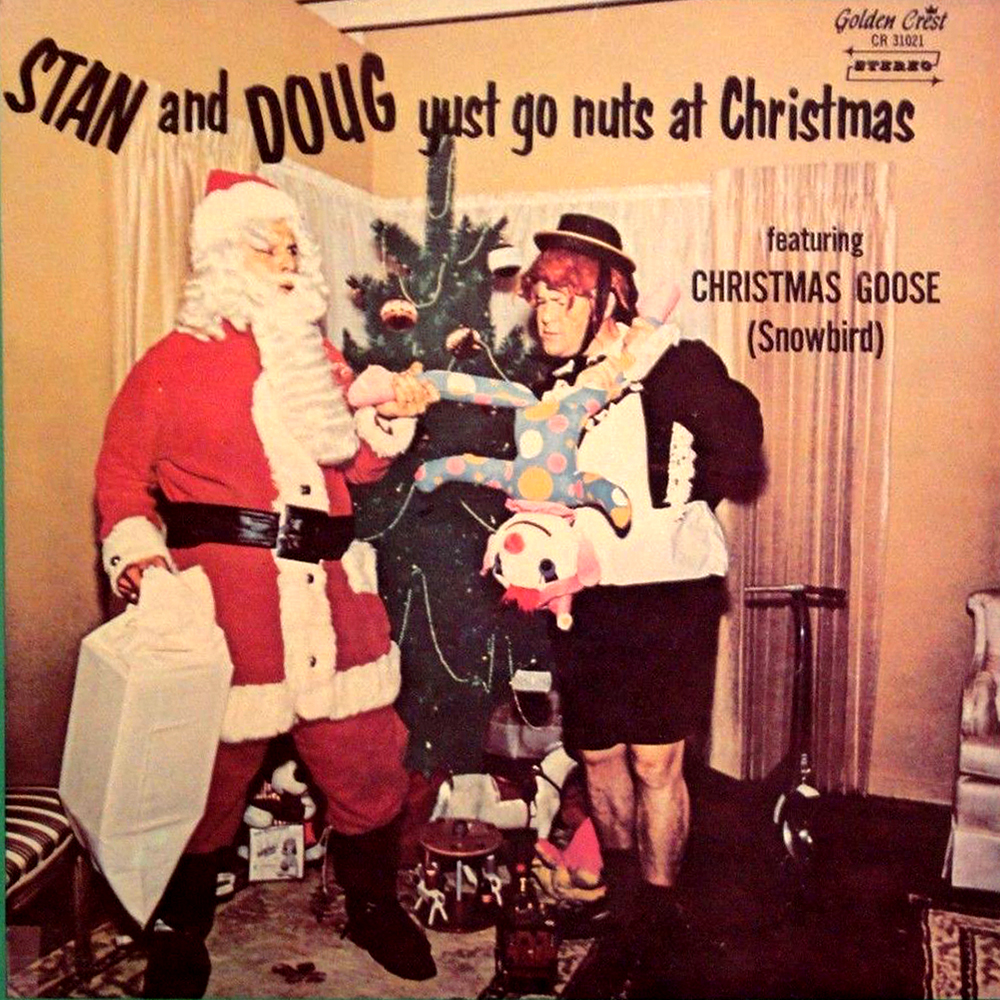 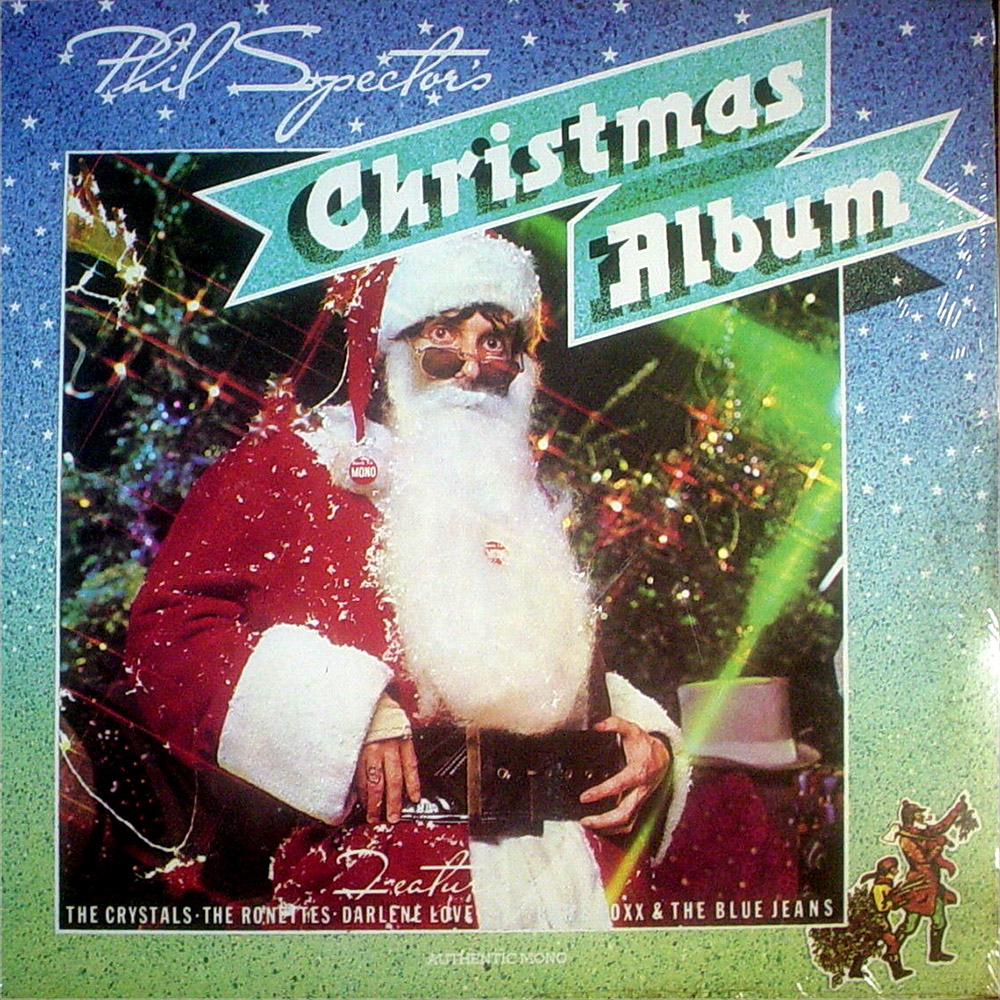 Would you want your kids sitting on this Santa’s lap?  This is a decade or so before he murdered Lana Clarkson. 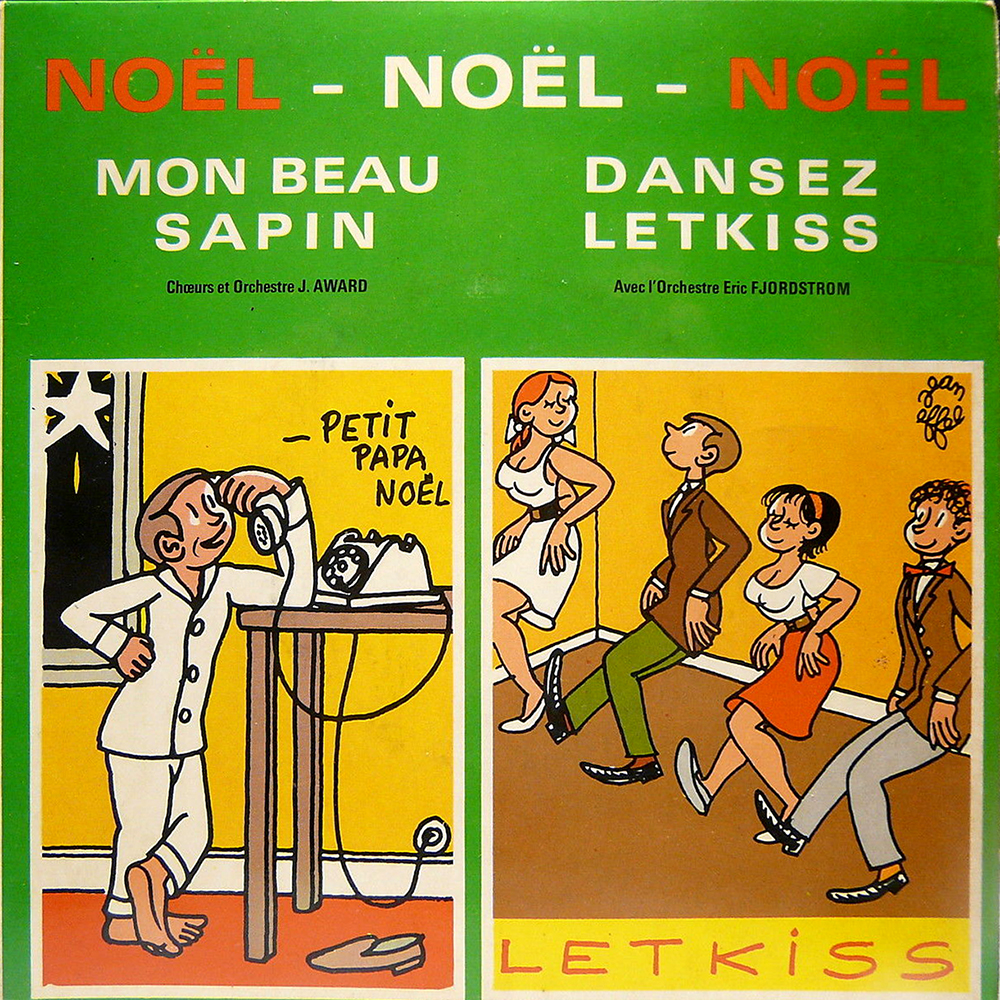 It looks like this boy got up in the middle of the night, saw the Star of David, and decided to call over some girls with big breasts to dance the night away.  Sounds like a good Christmas Eve to me. 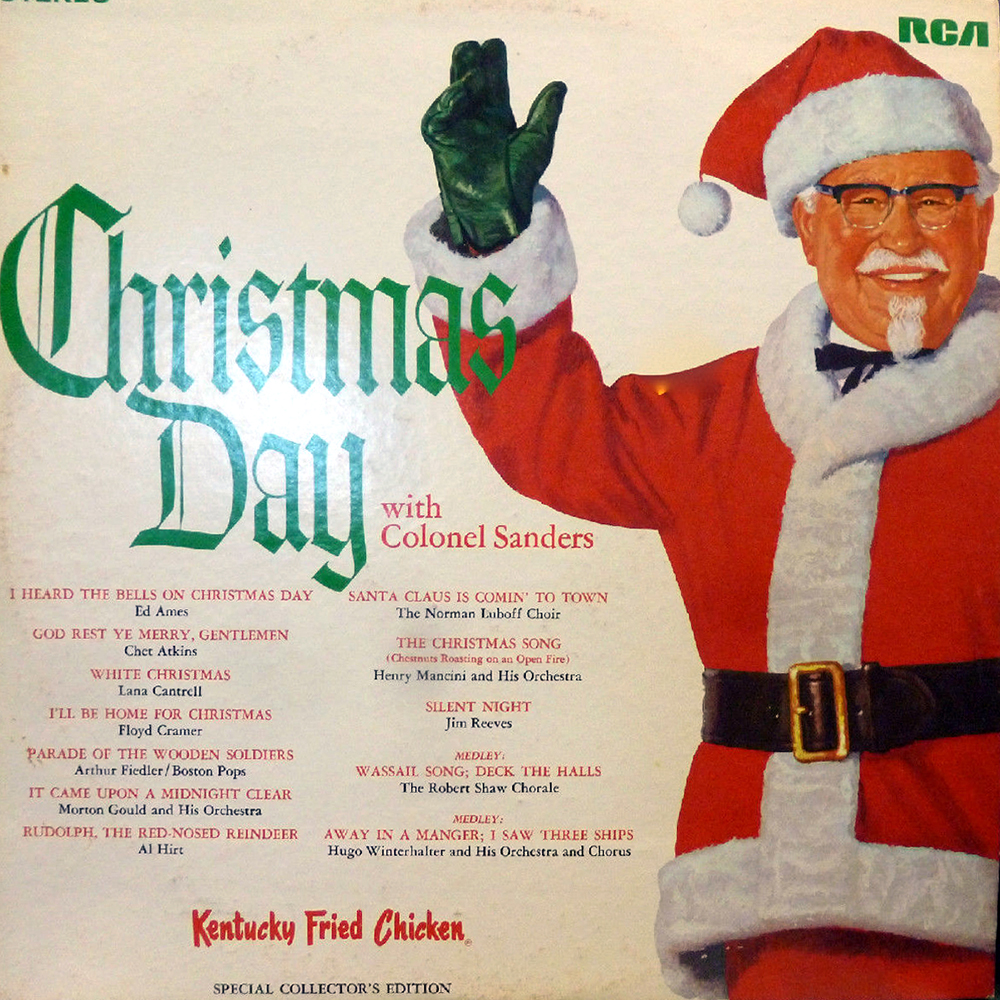 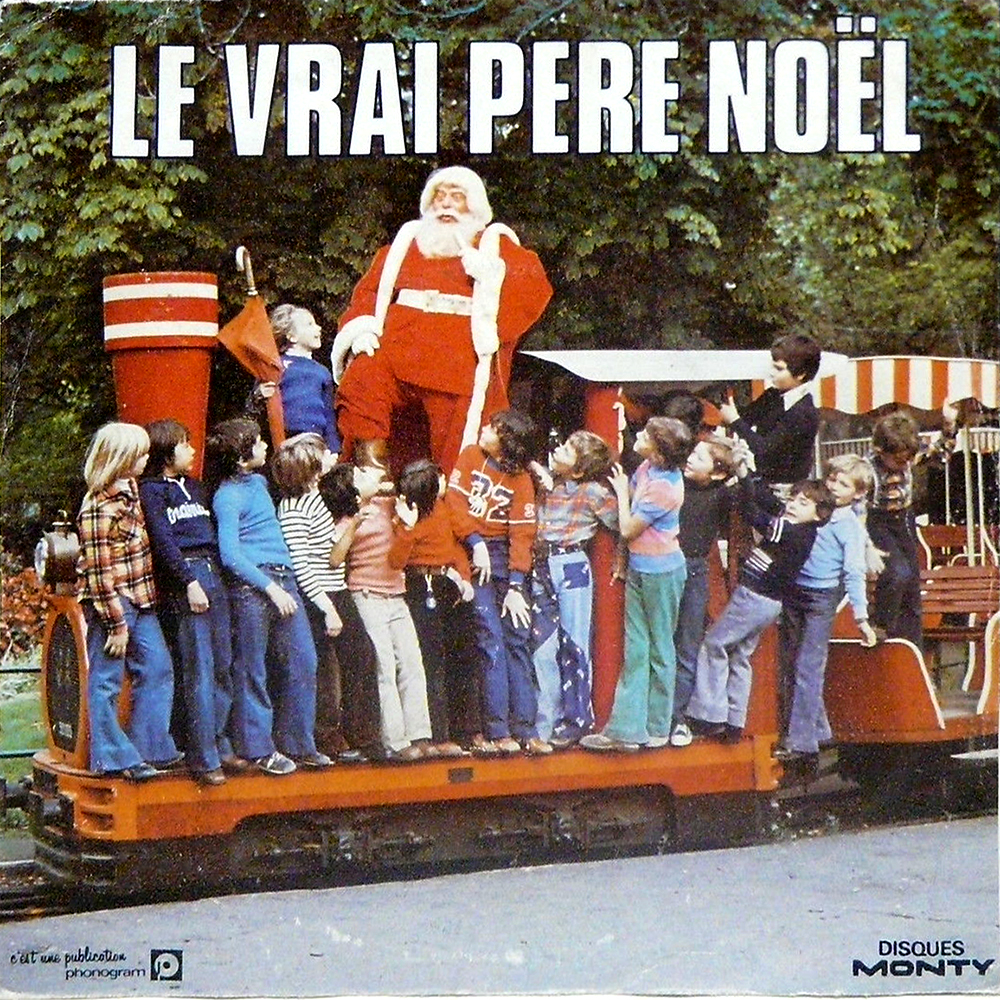 A pretty intimidating Santa.  I’ve read that Santa Clause/St. Nicholas is just a re-branding of Odin… and I can see that quite clearly in this album cover. 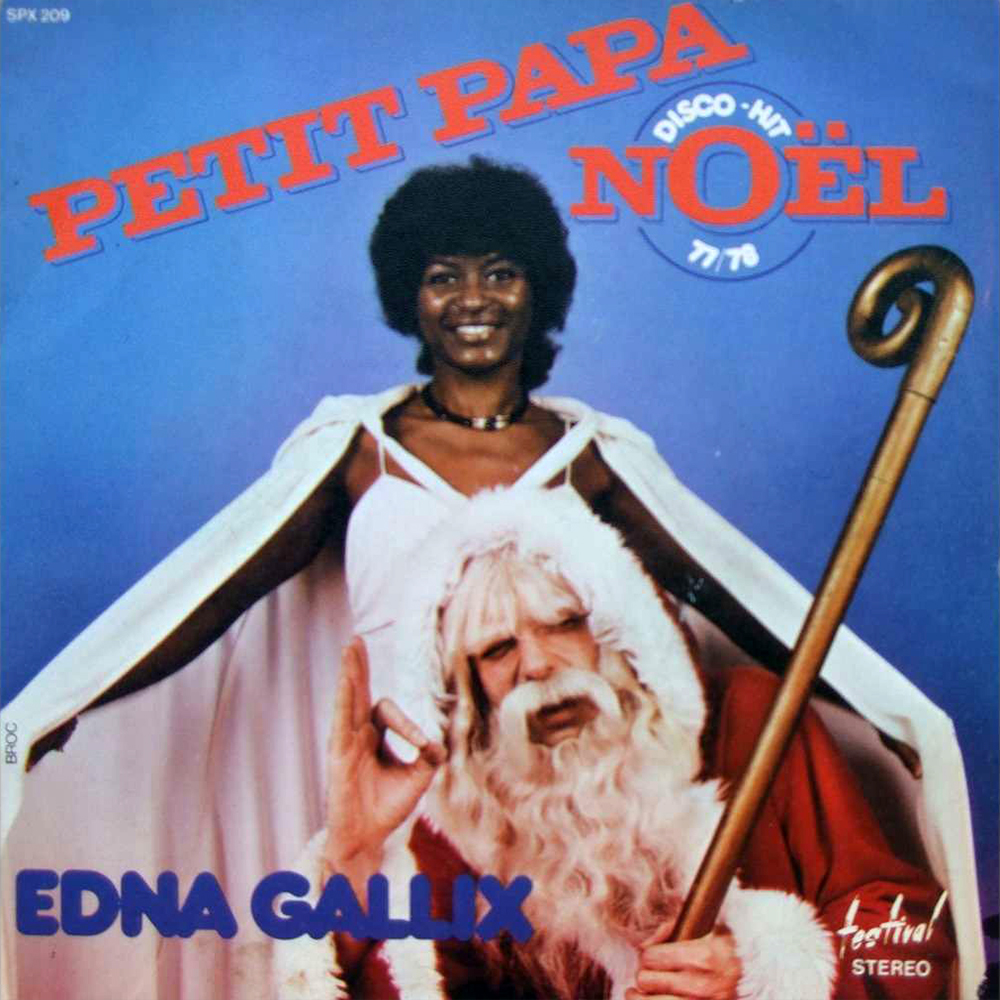 Disco Cocaine Santa flashes us a hand signal that could mean a variety of things, depending on what country you’re in. 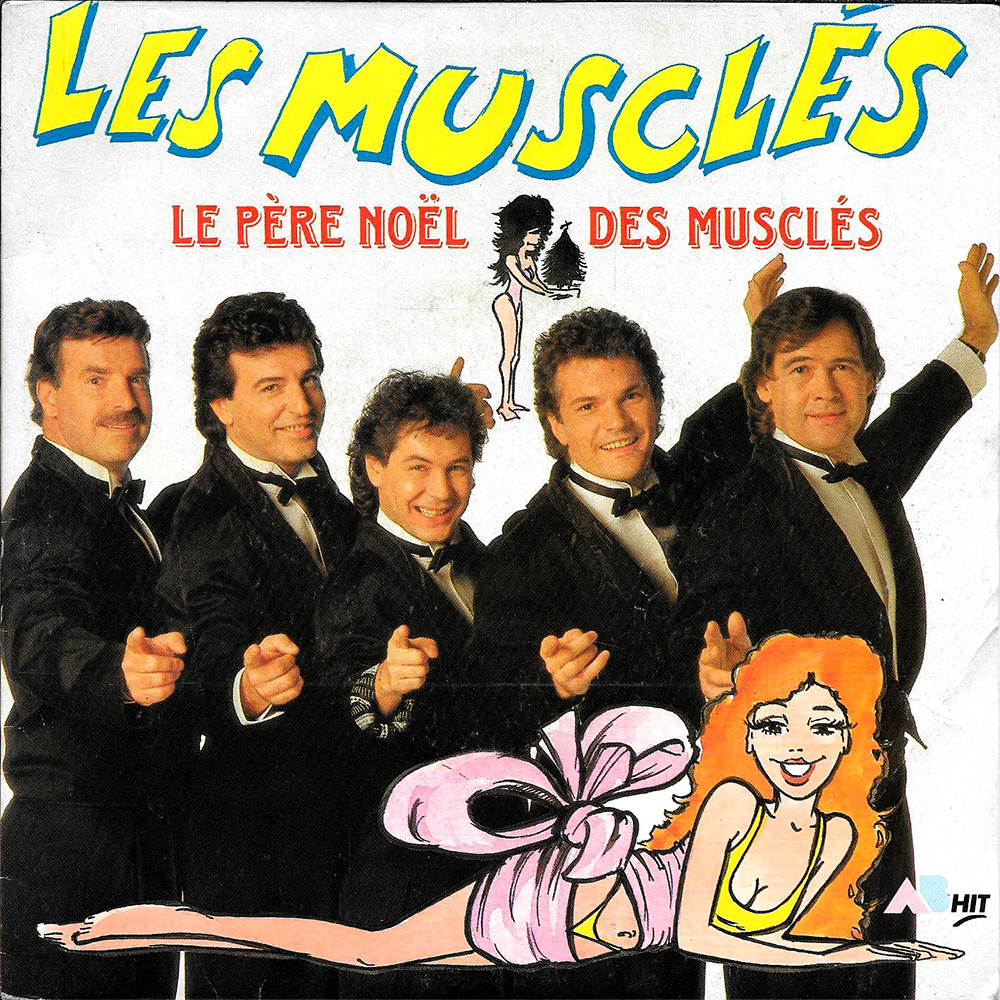 Why are Les Muscles are presenting us with a bikini girl in a bow  and pointing at us?  Are they telling us to do something? 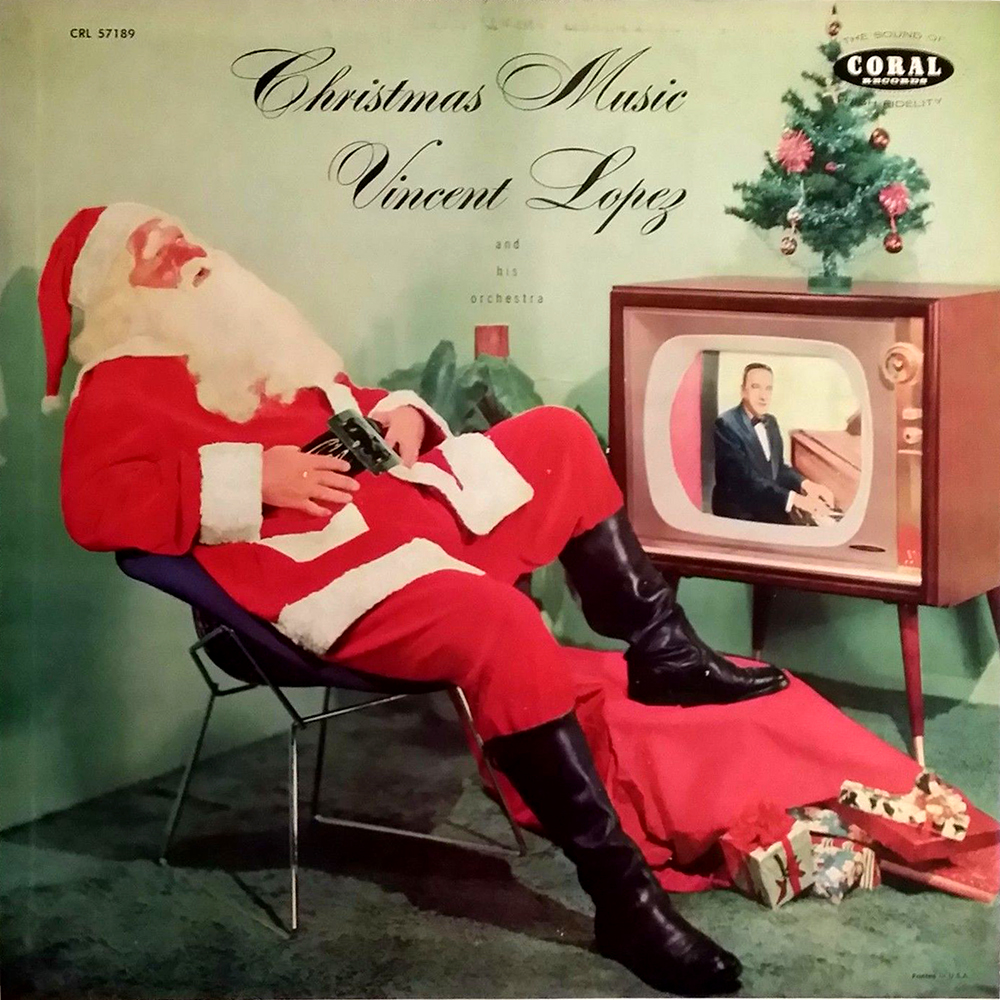 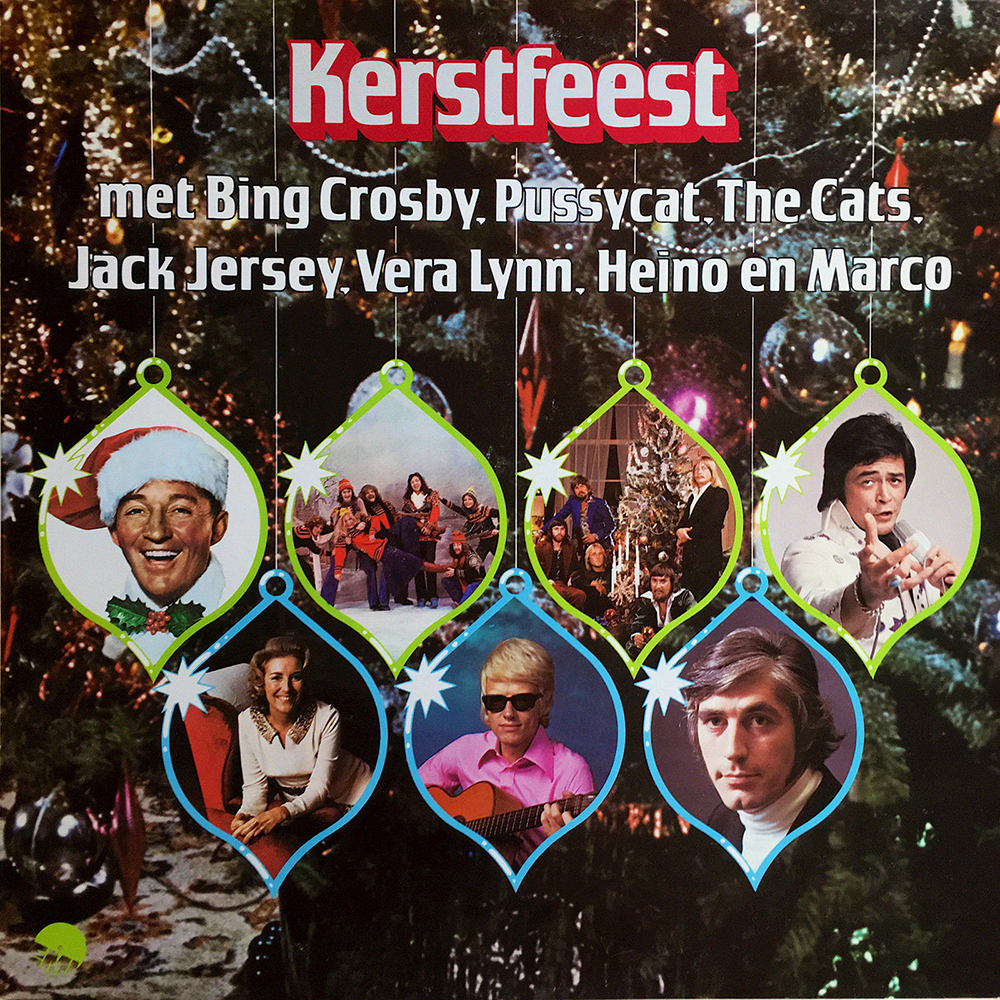 Bing Crosby looks so out of place among Heino, Jack Jersey, and Pussycat. 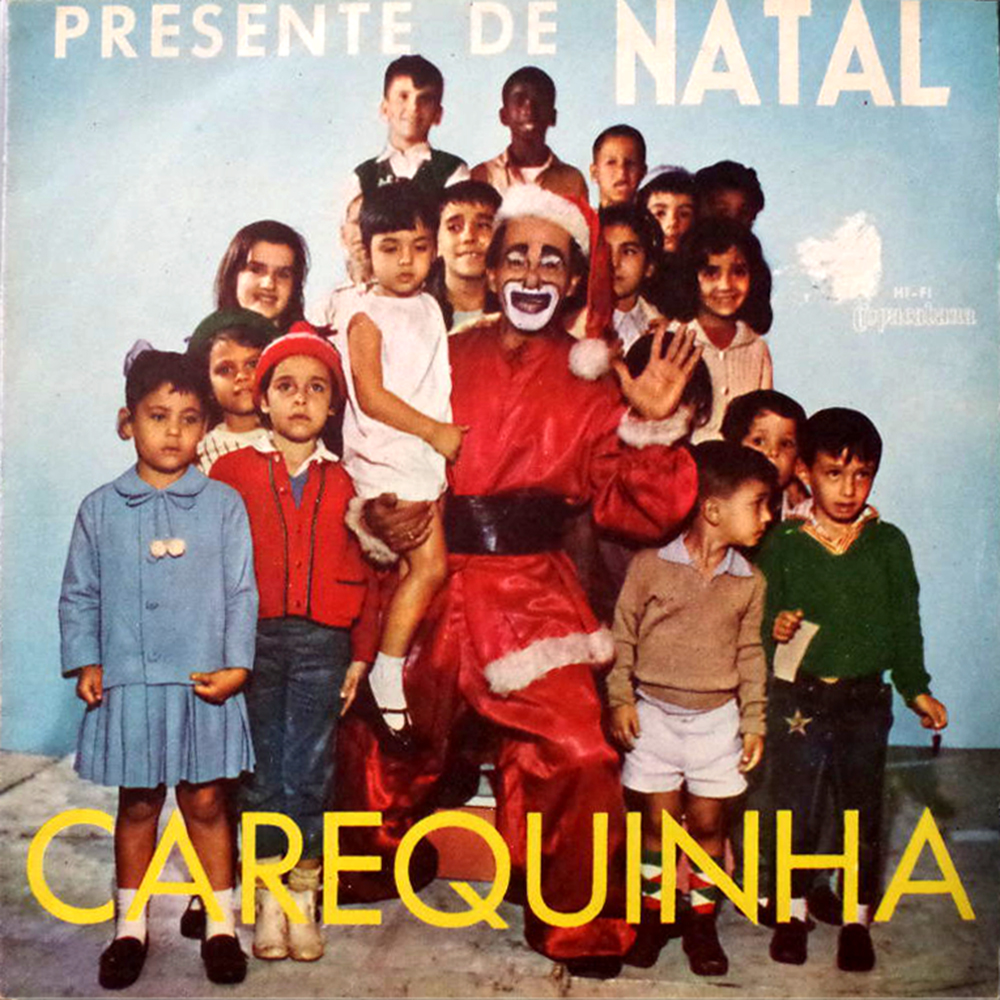 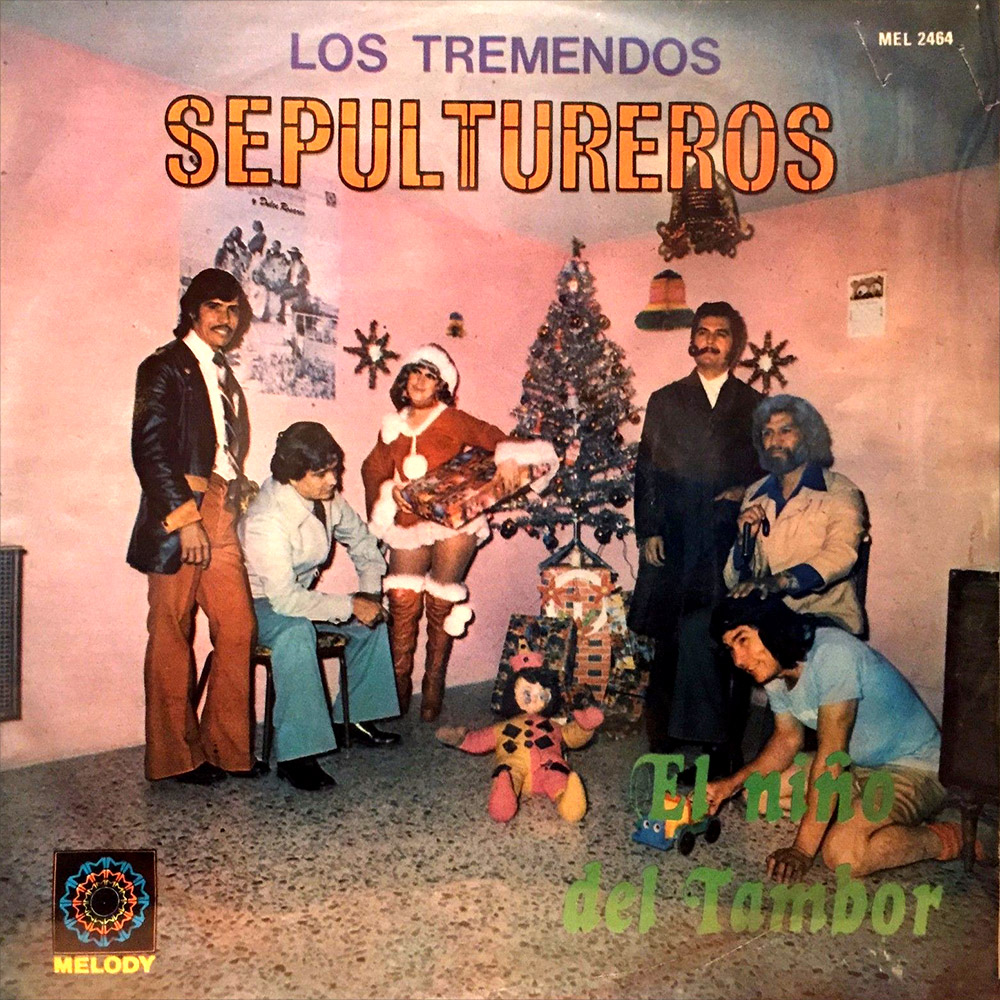 This one may be my favorite – there’s just so much to unpack here.  What’s with the sexy Santa – is she the evening’s entertainment?  And the old Charles Manson… and the guy pretending to be a kid… and the disturbing doll?…. 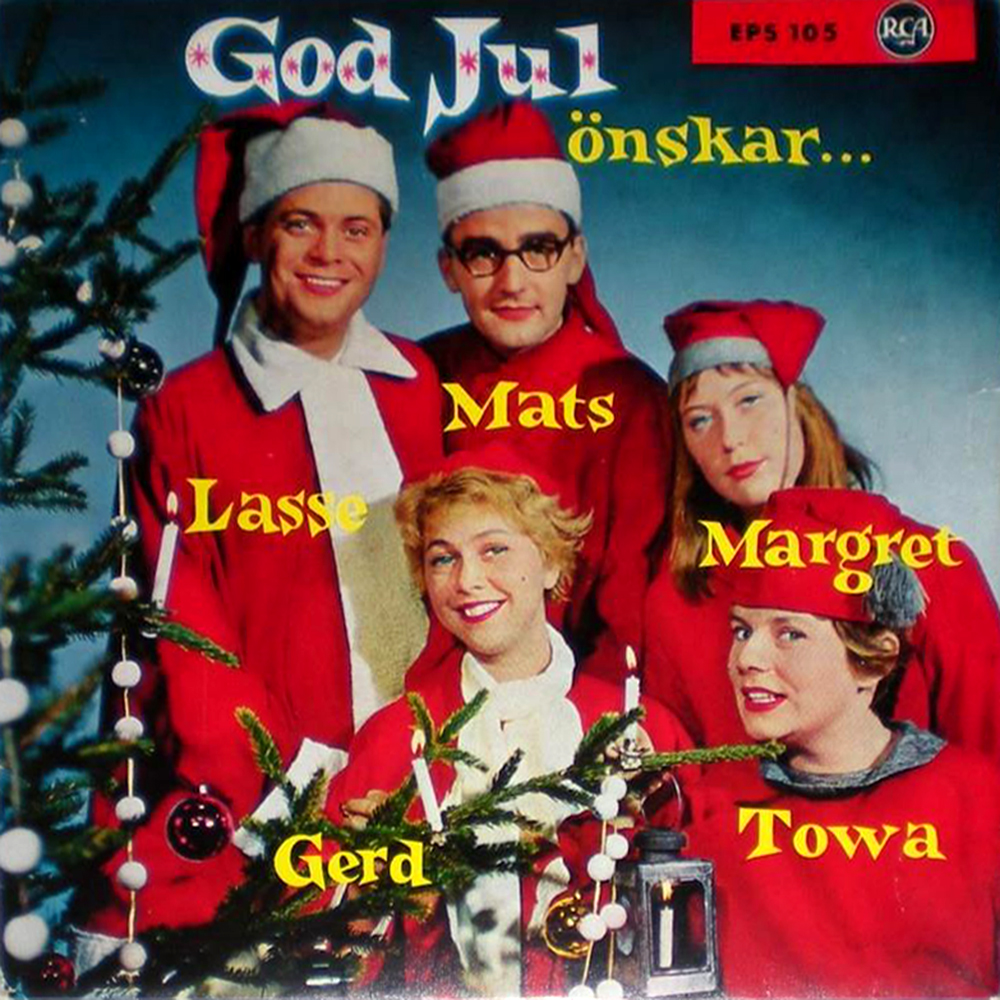 Would it have killed Mats and Margret to smile for their holiday album cover?  Towa is at least trying… unsuccessfully, but trying. 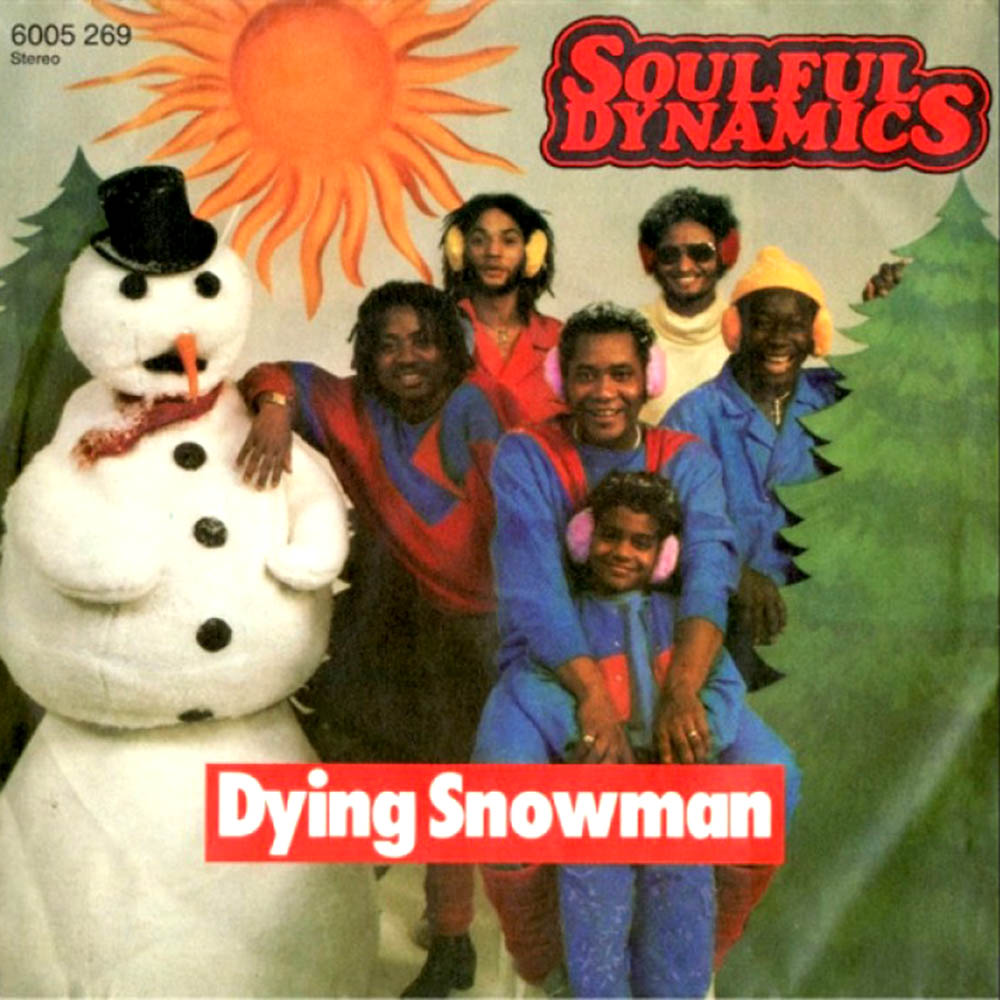 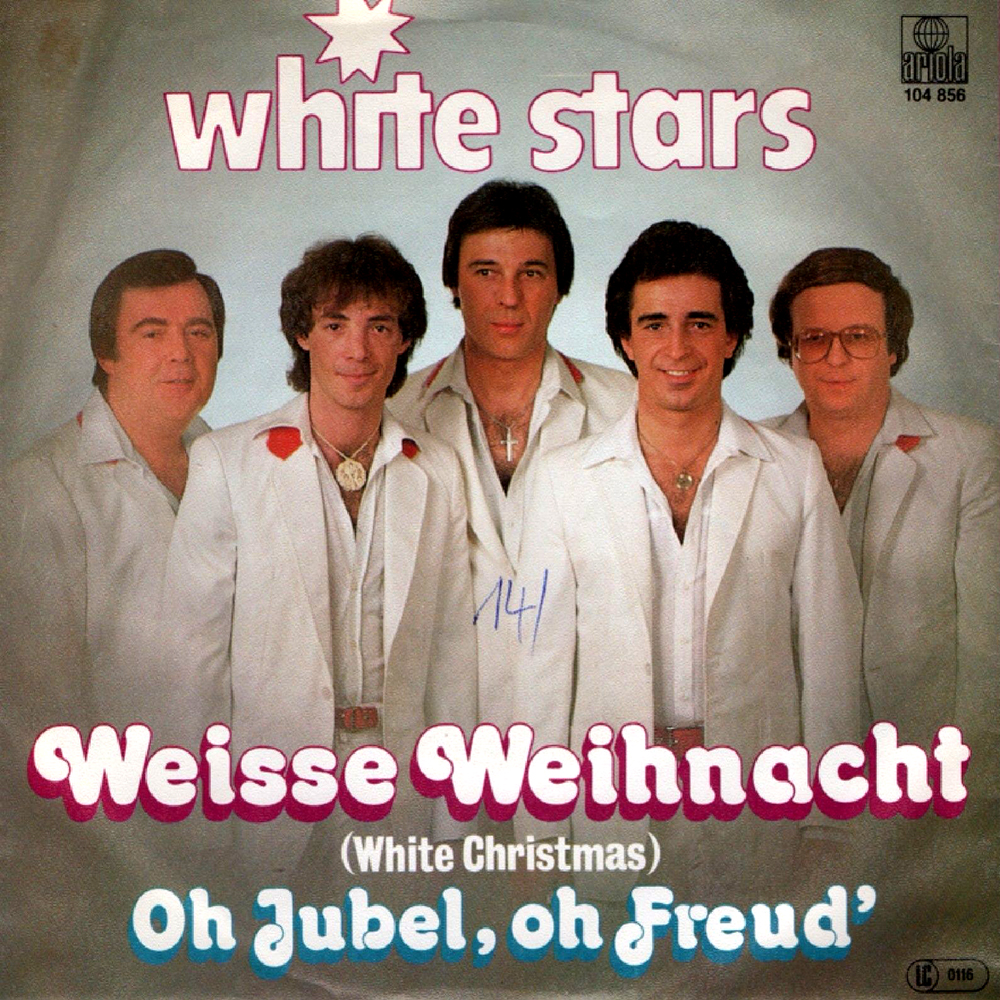 I love that the White Stars all have their shirt unbuttoned exposing their manly chest fur and their bling (except the older tubby guy on the left). 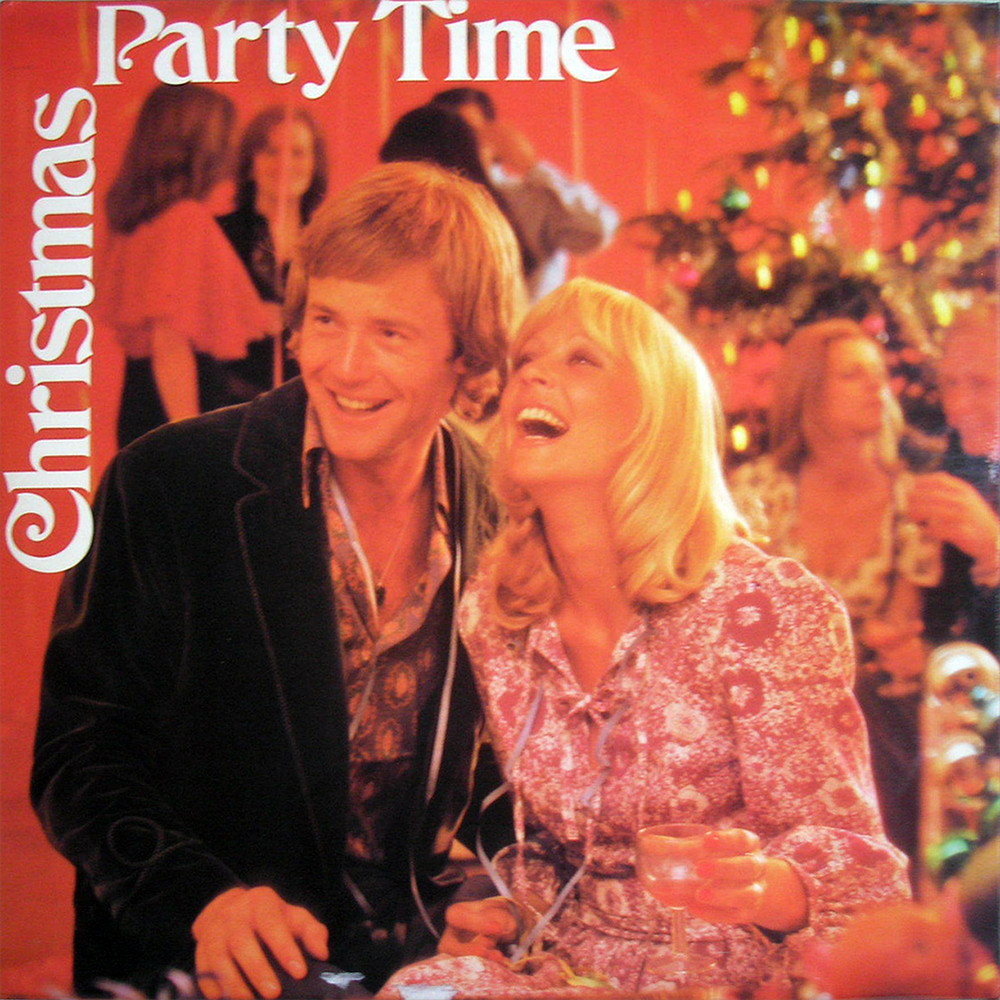 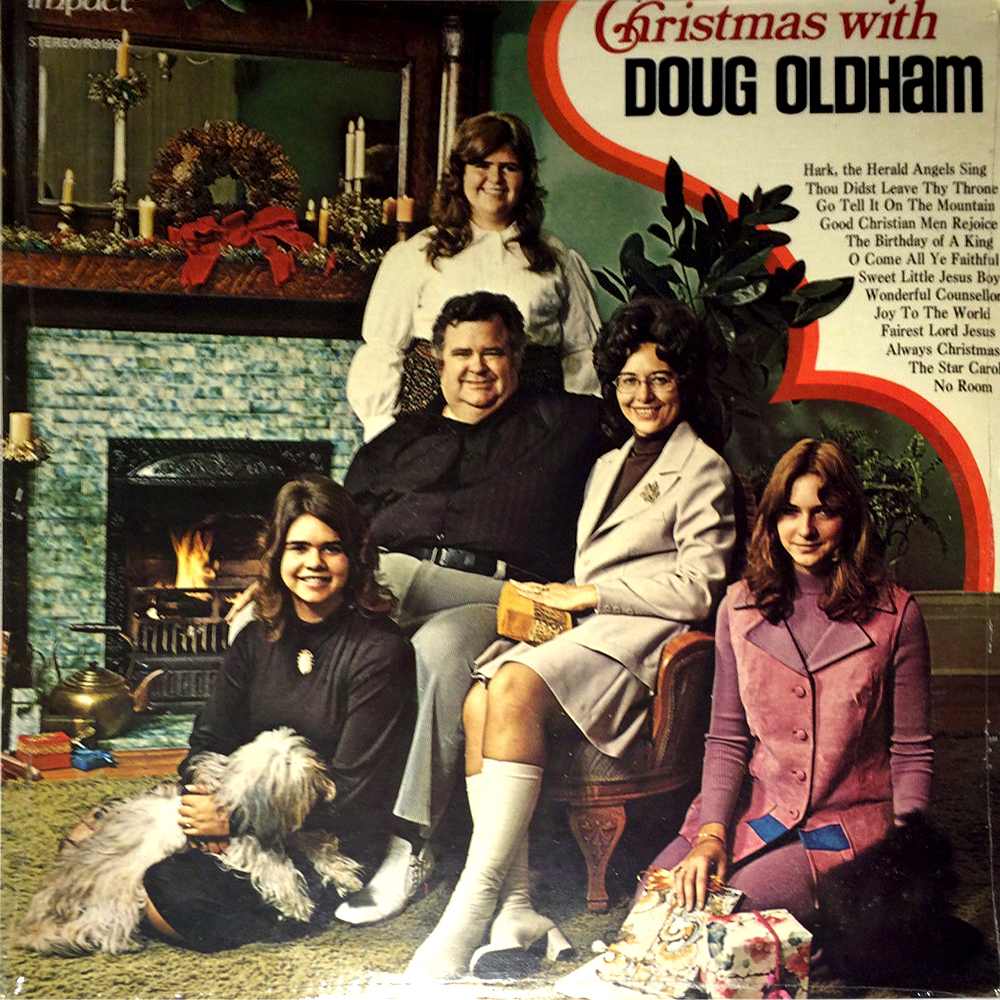 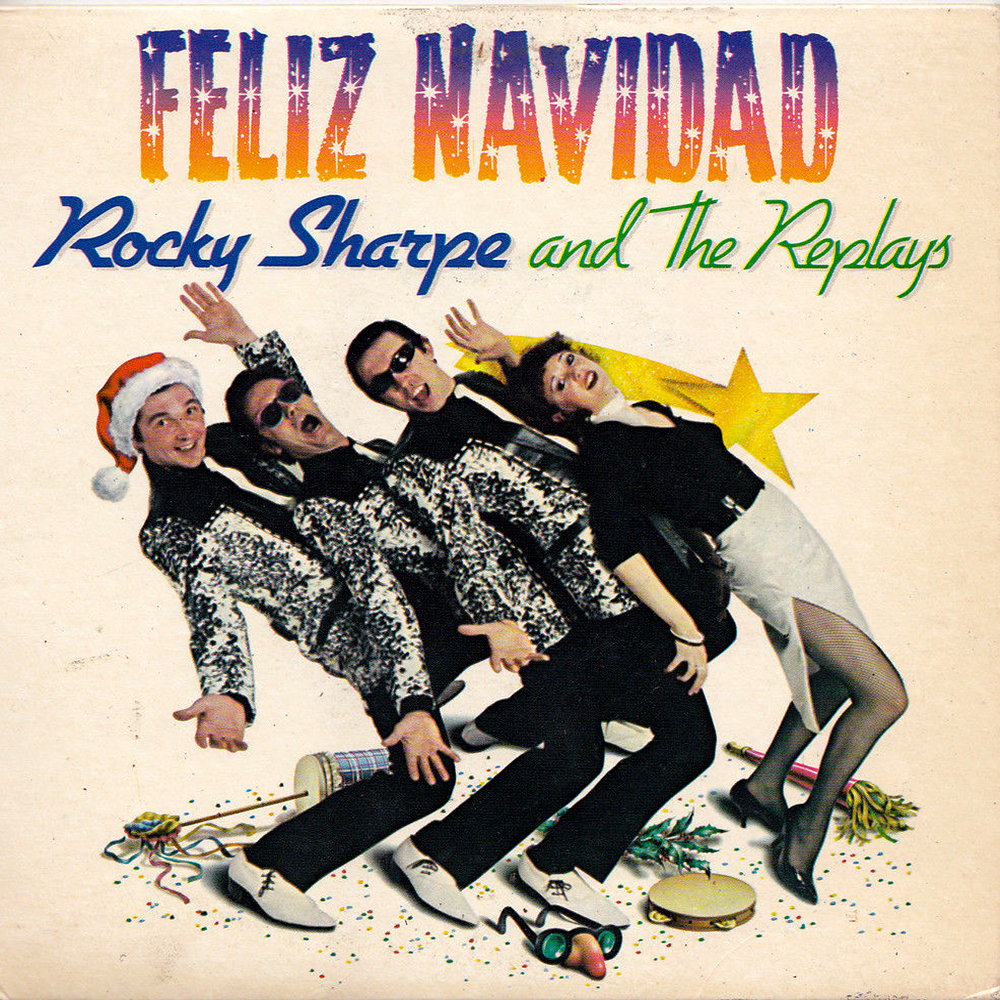 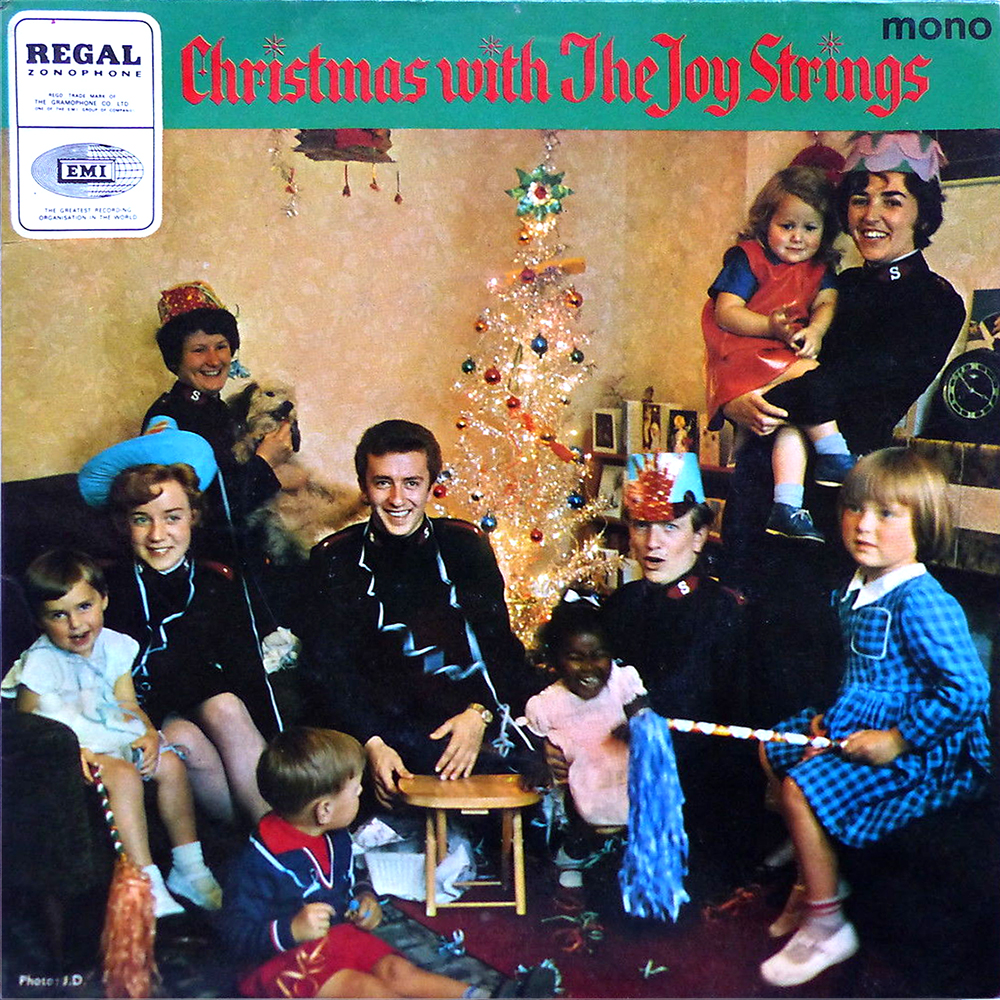 Turns out, the whole record is nothing but a chaos of kids crying, parents yelling, dogs barking, and a dad drunkenly singing in the background. 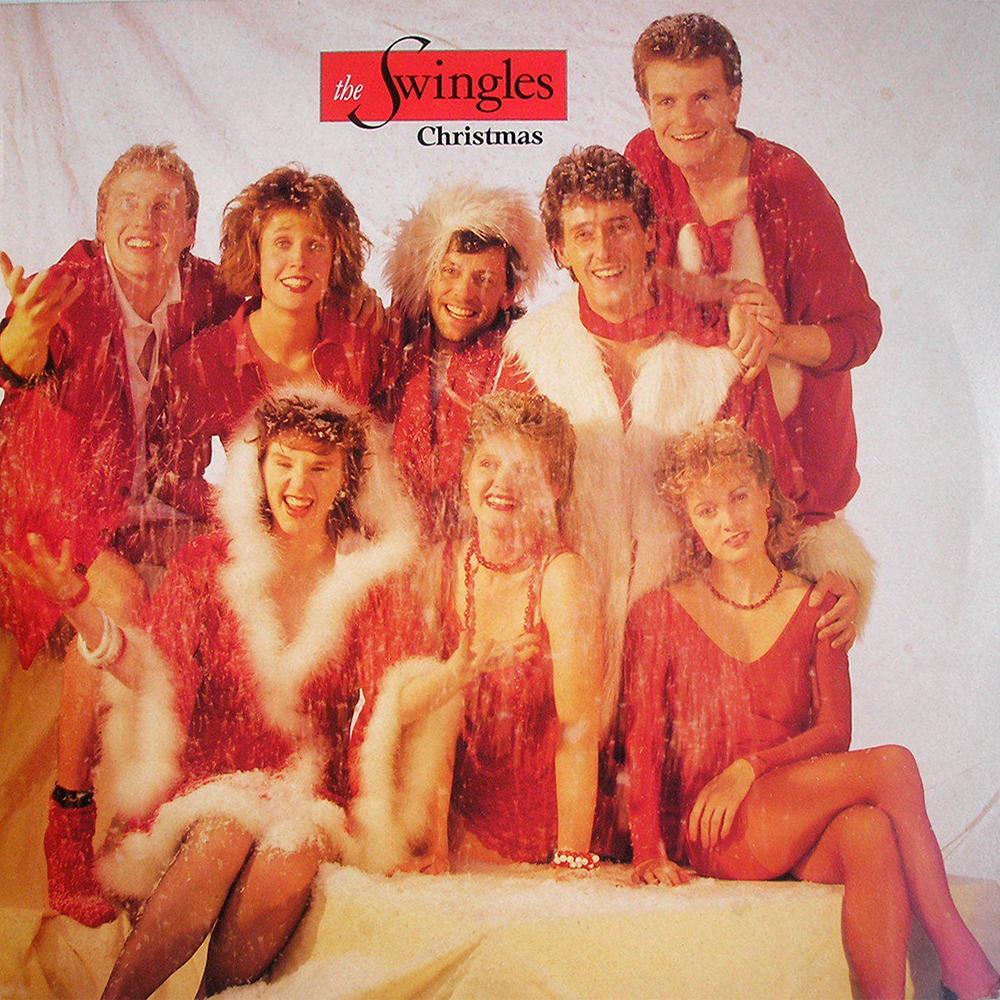 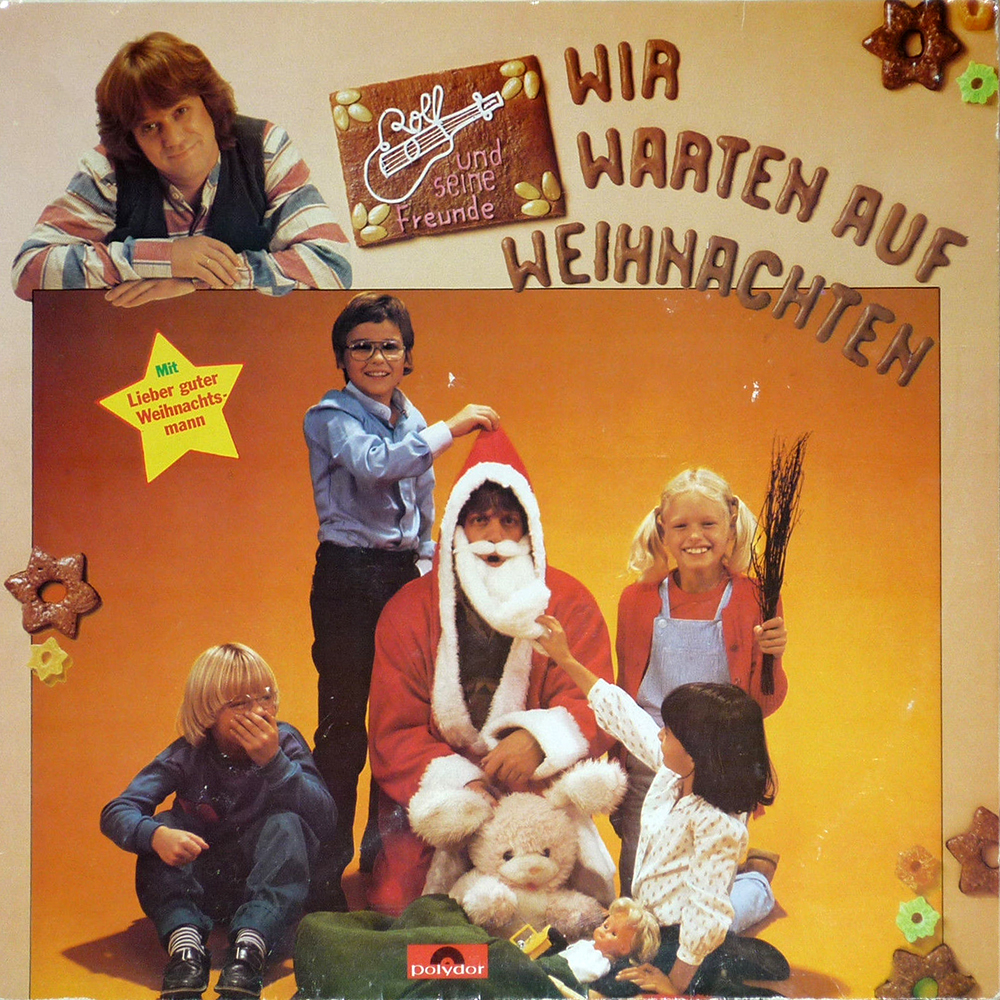 Is it that hard to make your Santa look jolly?

But, then again, you can be too jolly…. 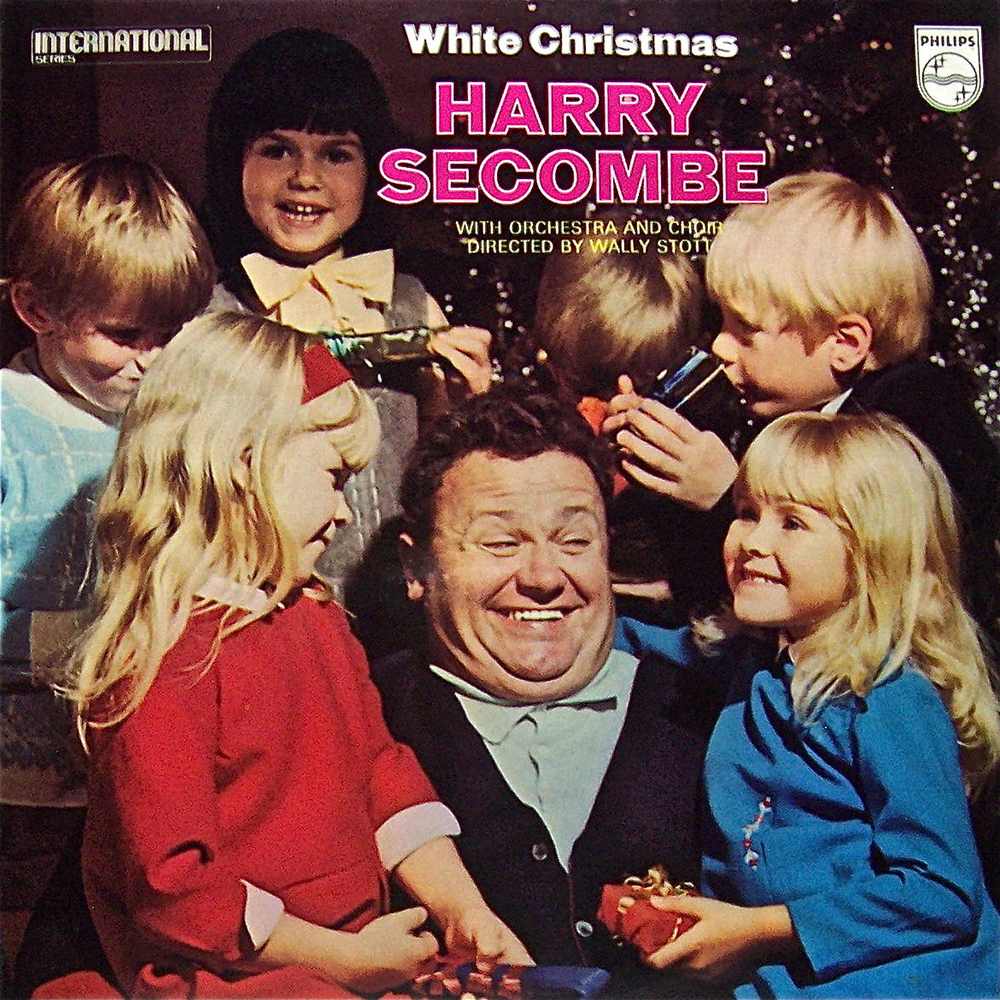 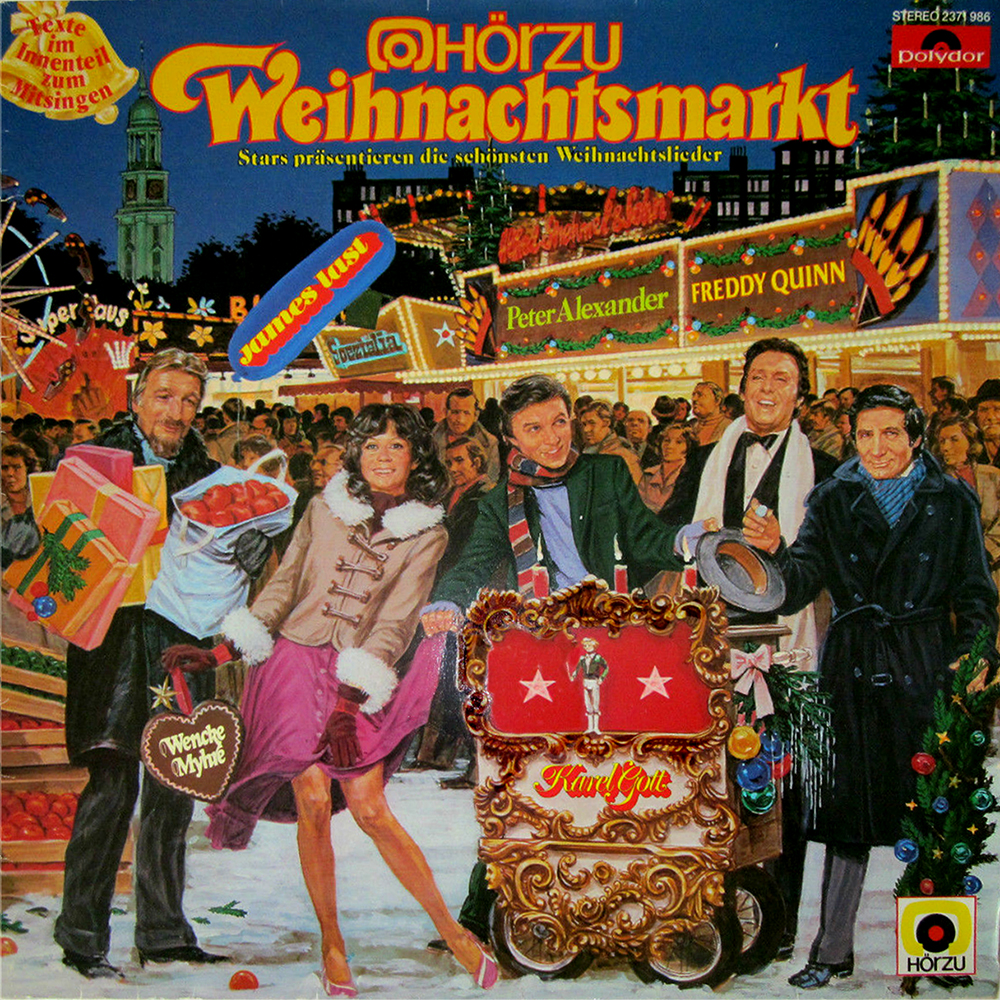 Um, is there a reason Karel Golt is pulling up Wencke Myhre’s dress?  I’m thinking Karel is pulling a handle on this musical device and this is an accident.  Still…. 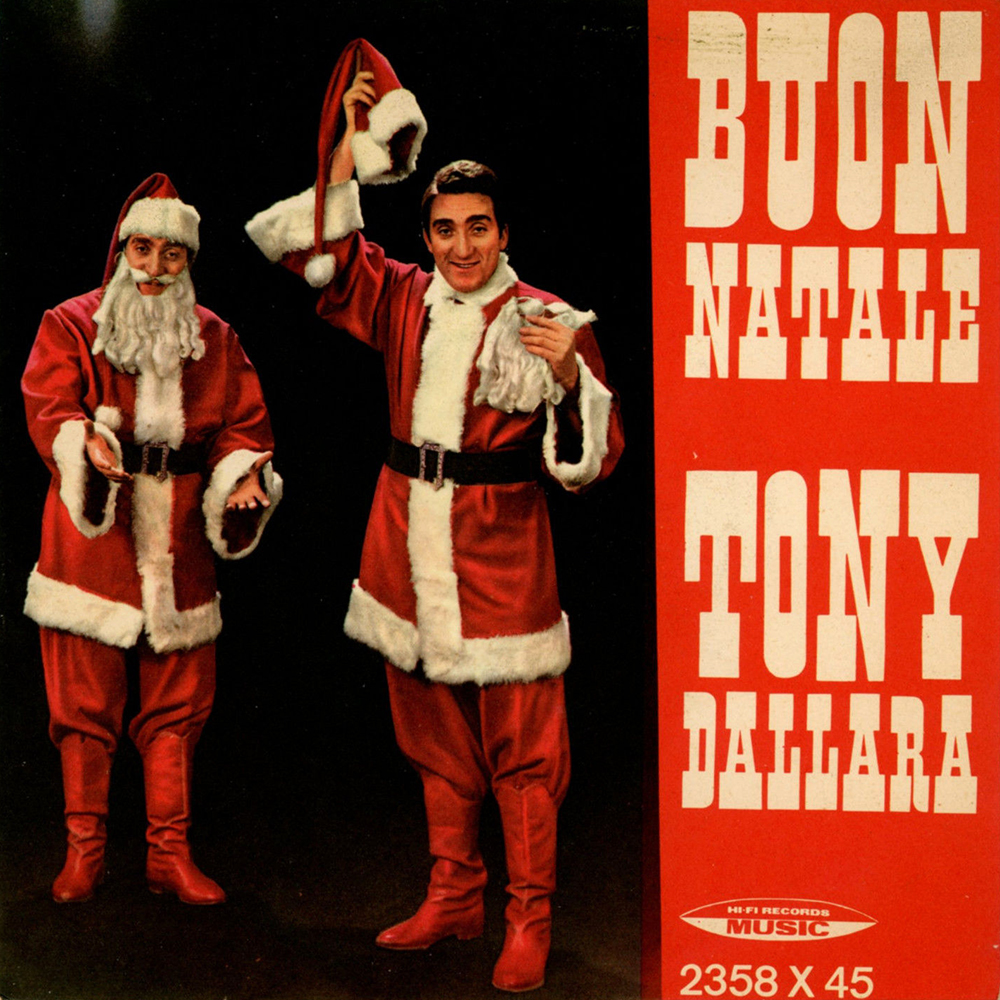 Tony Dallara: “See kids? There really is no such thing as Santa Claus. It’s all a big fake. Merry Christmas!”vin