We love Mr Bingo’ envelopes and cards. The art of handwriting and sending cards and letters is not dead. It just needs reinvigorating. Mr Bingo’s witty illustrations on envelopes and vintage postcards remind us of Edward Gorey’s delightfully wicked missives and the kind of sticky-fingered adolescent doodling people have been making for eons. 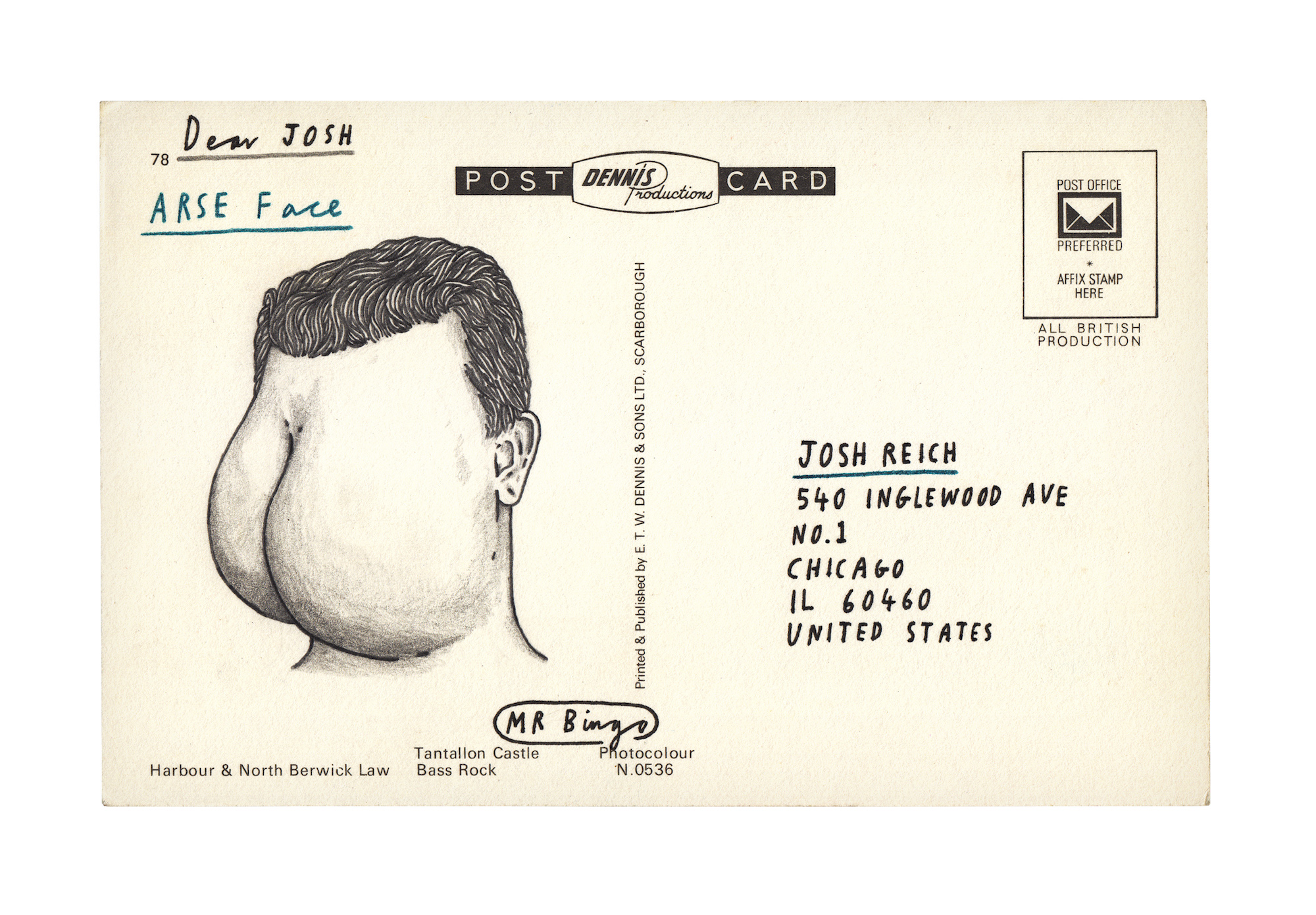 Hate Mail was conceived in April 2011. Late one night in my studio, alone (and a bit drunk), I was suddenly overcome with an urge to send somebody a vintage postcard from my personal collection, amassed over many years from visits to provincial charity shops and car boot fairs. I stumbled onto Twitter, declaring ‘I will send a postcard with an offensive message on to the first person who replies to this’. Within a couple of minutes around 50 humans had replied. The winner was a Jonathan Hopkins from Forest Hill, who was rewarded with a postcard which read ‘Fuck you Jonathan, fuck you and fuck your shit legs’ (accompanied by a drawing of his legs). I don’t know what Jonathan’s legs look like, or even if he has legs. 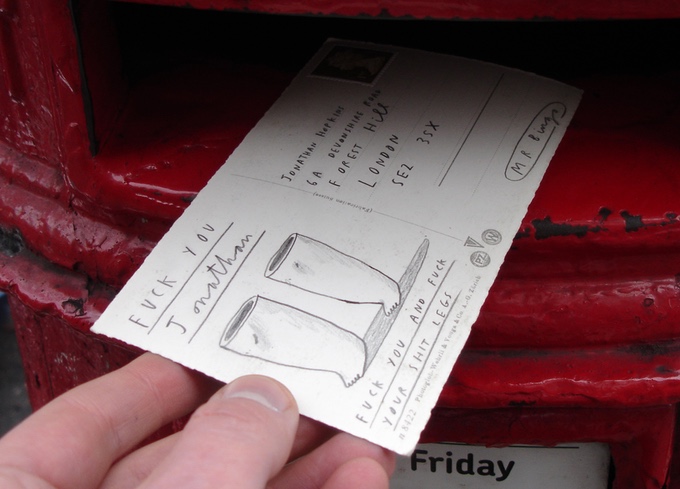 Mr Bingo’s series Dirty Queen turns the ordinary envelope into something the obscene publications squad would have eyed with interest and doubtless collected. He was asked if Her Majesty would appreciate his illustrated envelopes?

People sort of assume that maybe she just sits around being posh and demure, and can’t possibly have a vagina, but none of us know what really goes on behind closed doors. I was sacked from HSBC in 2003 for sketching a portrait of Global Chairman Sir John Bond on an envelope addressed to him. The funny thing is, he never saw it, it was intercepted by his secretary who didn’t understand it. They’re all robots in those big buildings and they follow rules and instructions so anything slightly outside their fixed codes is immediately shut down. Maybe he would’ve liked it though huh? I reckon he would’ve done. 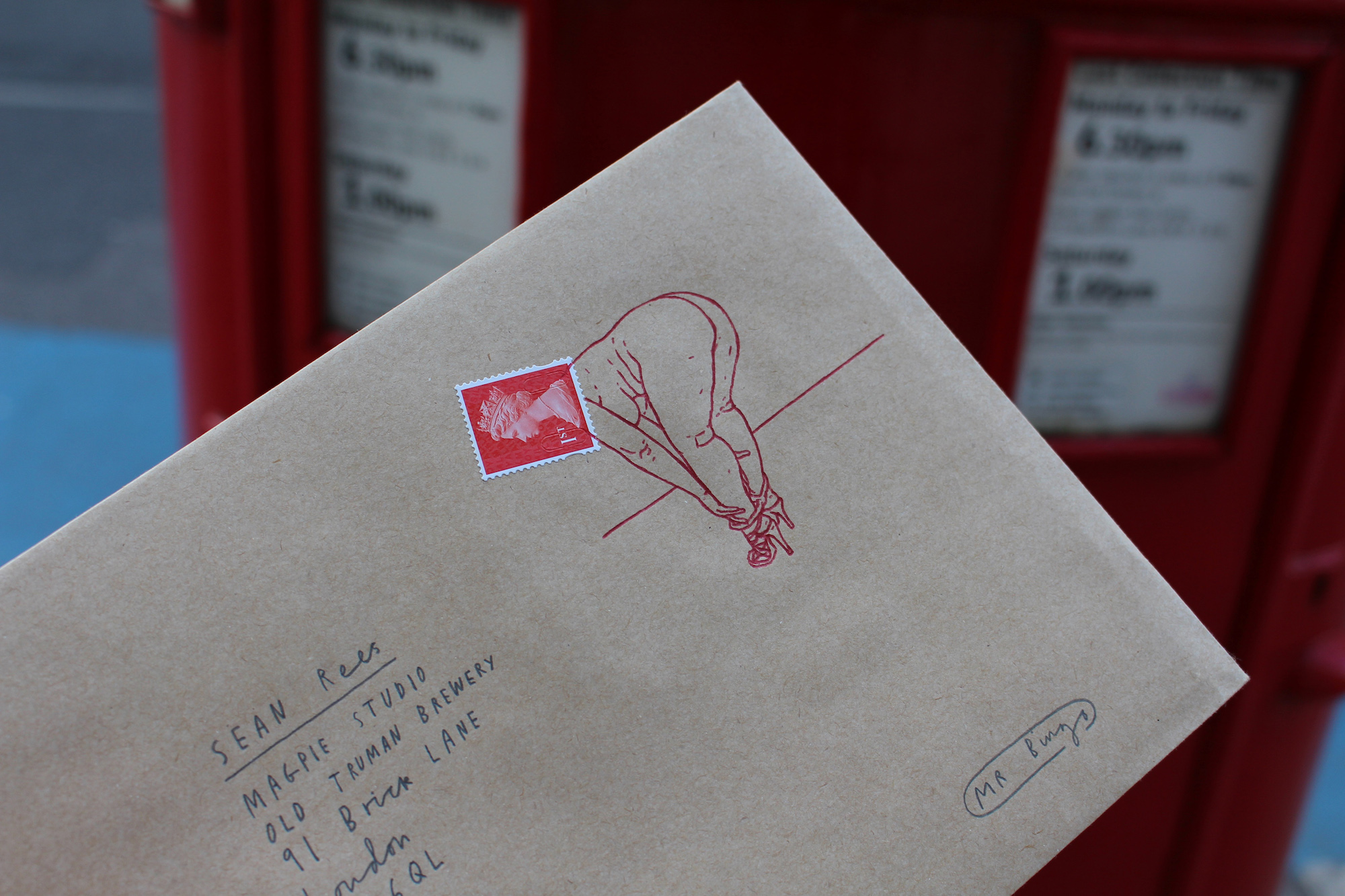 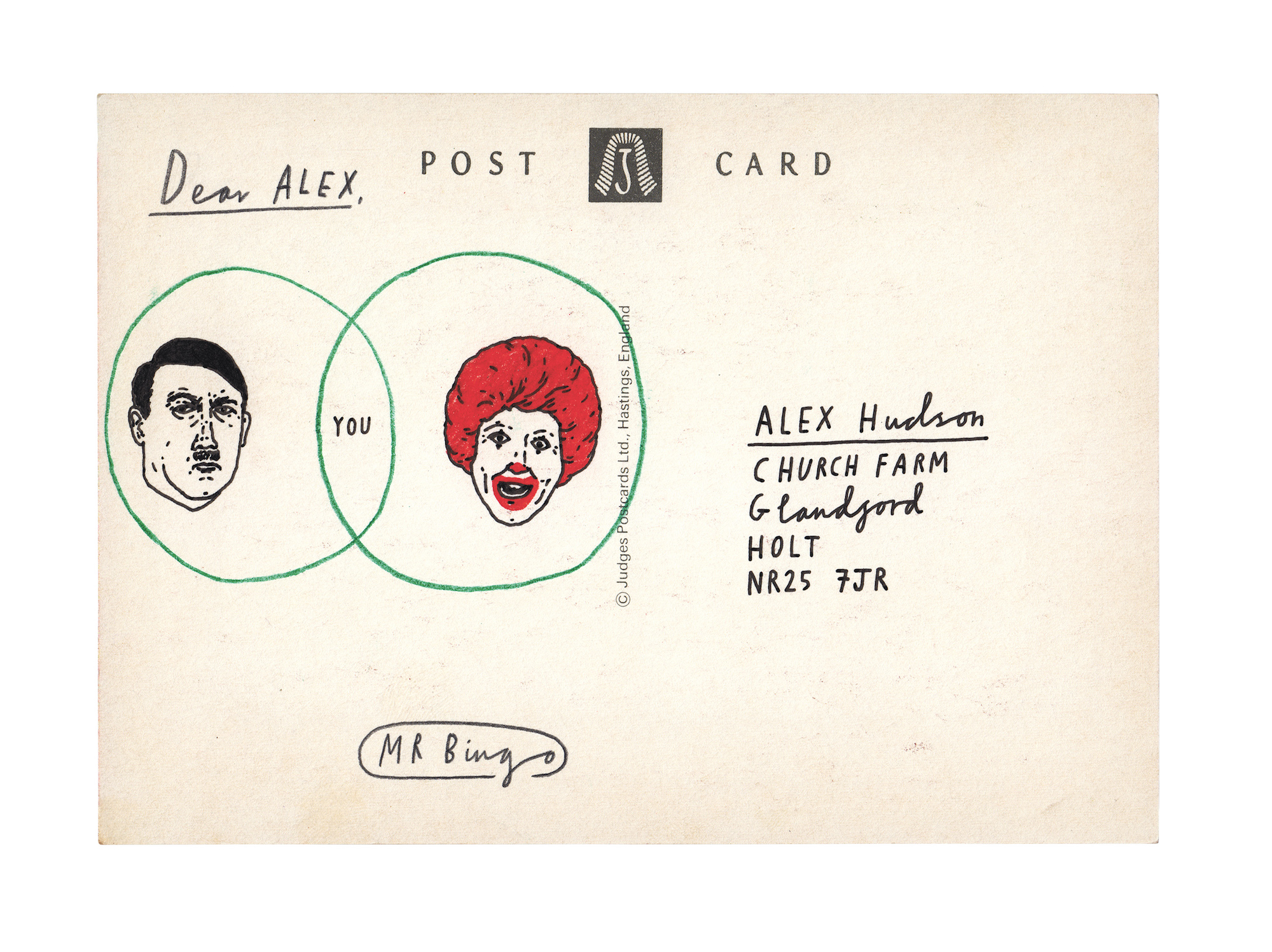 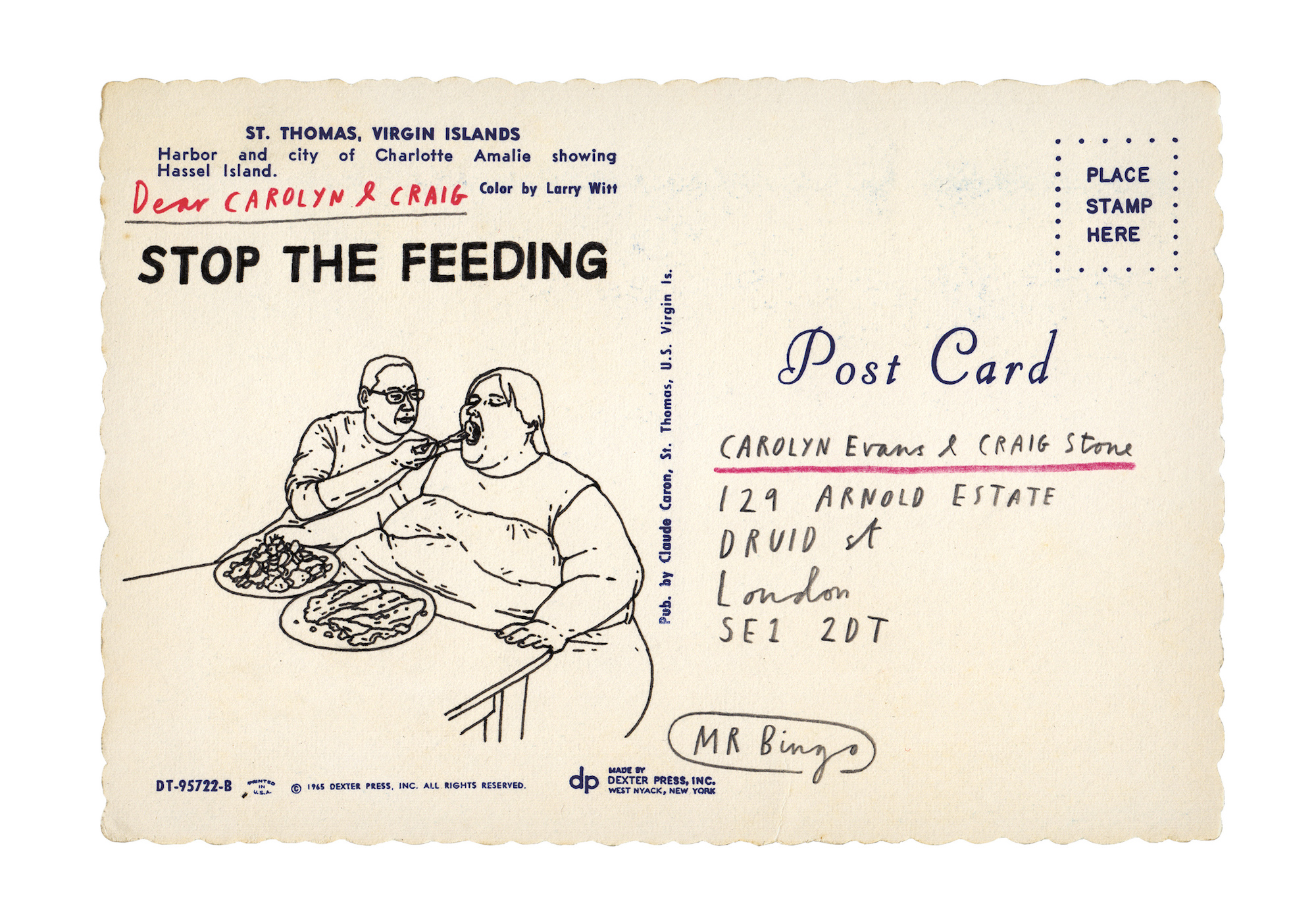 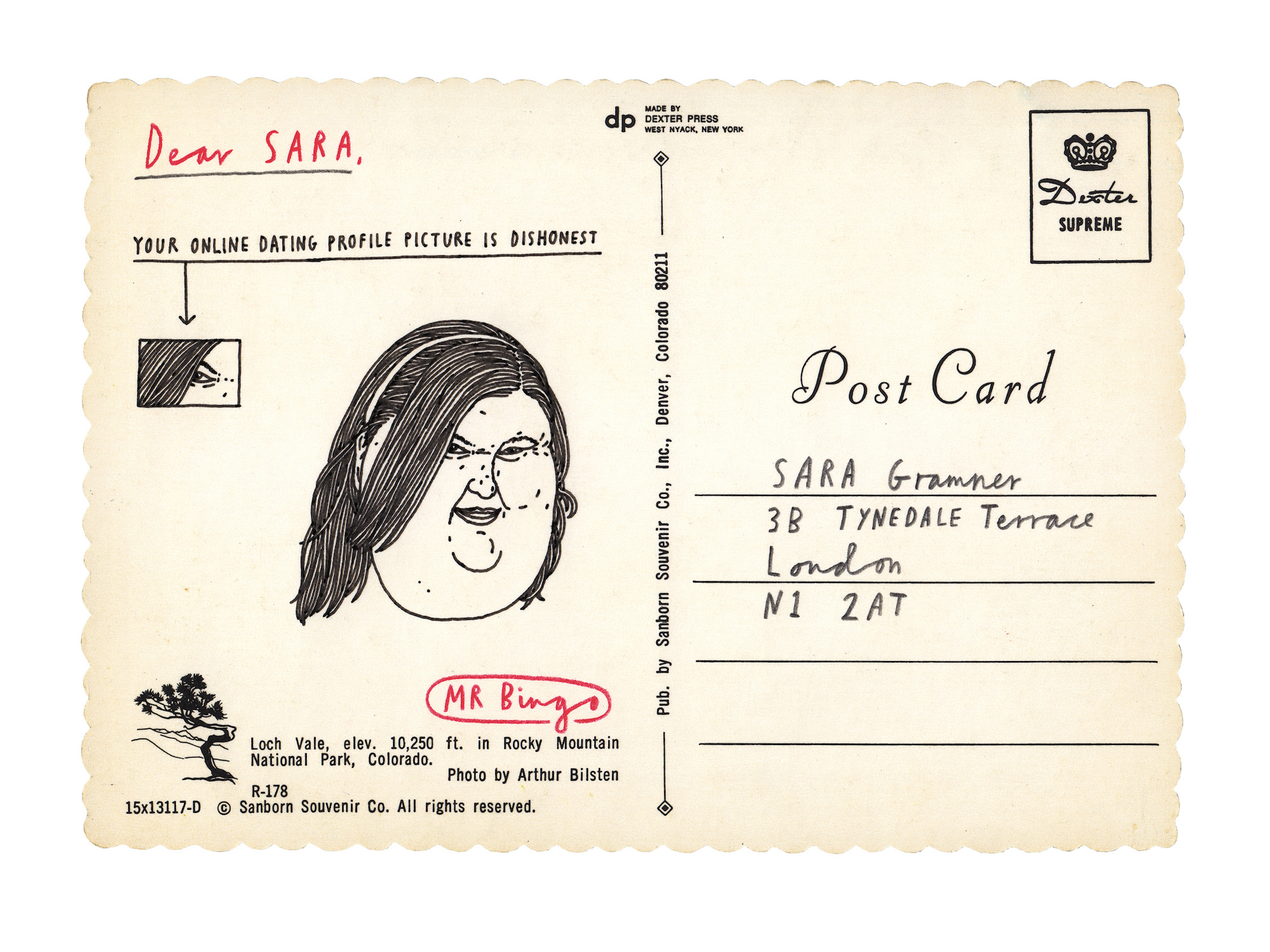 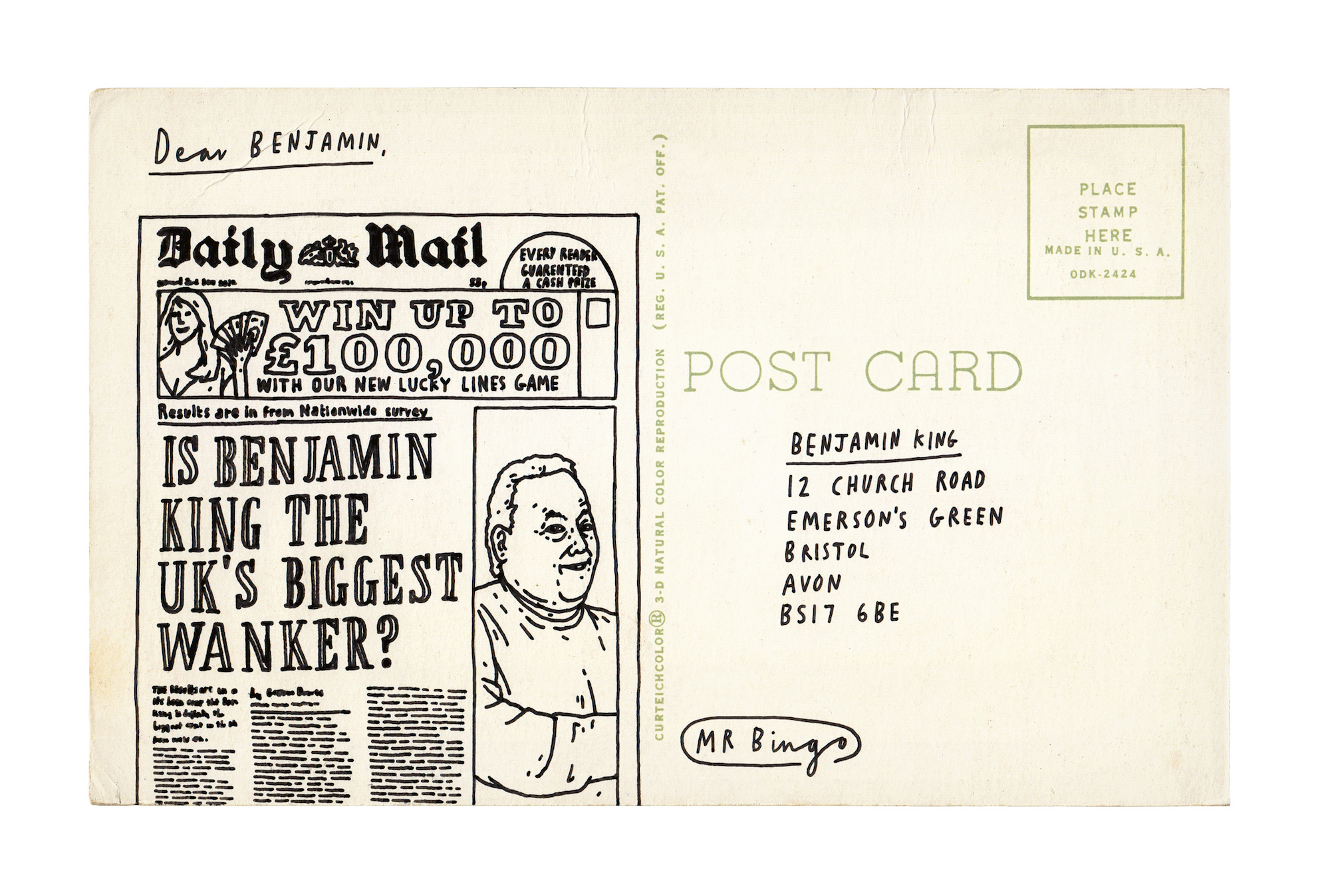 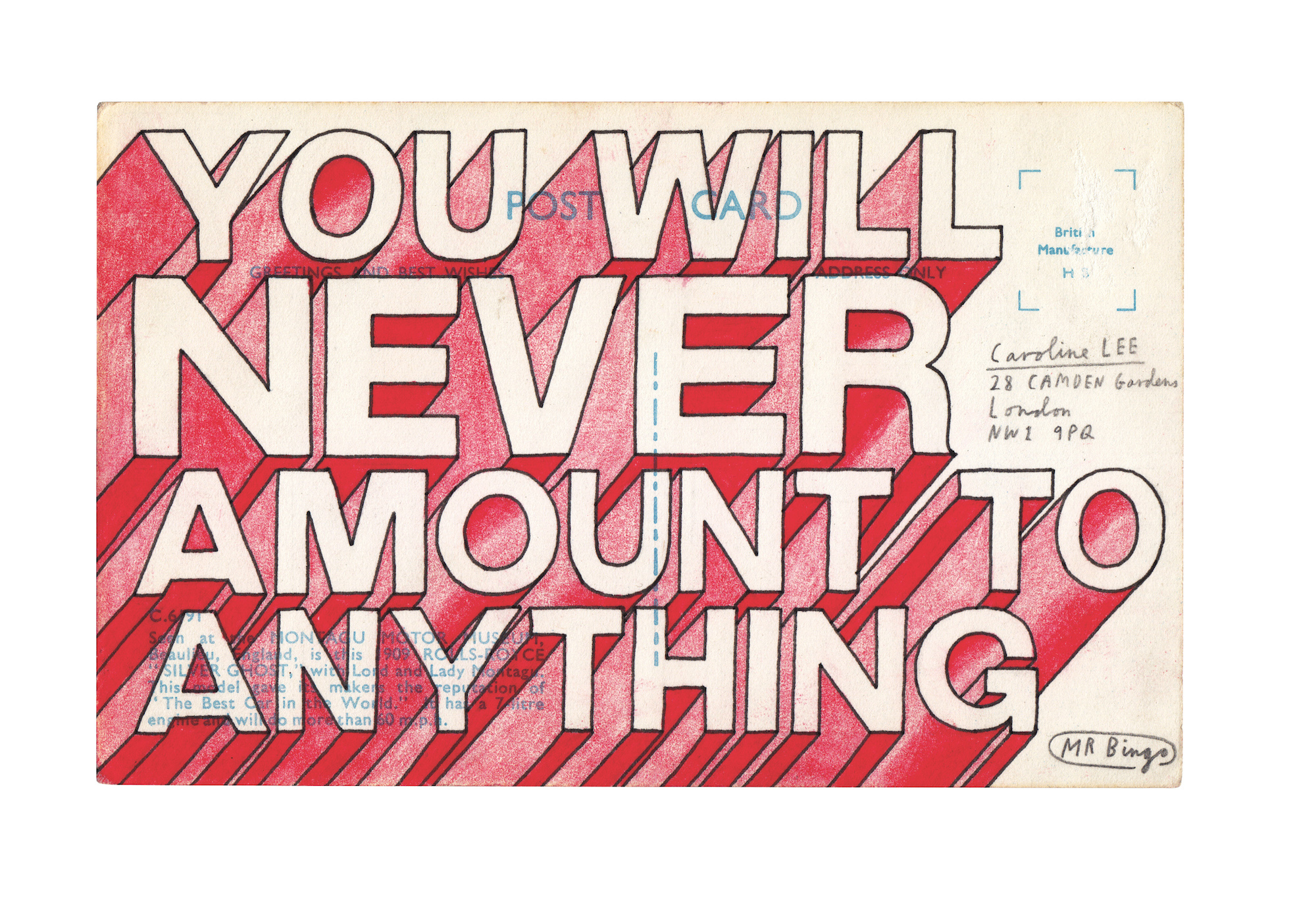 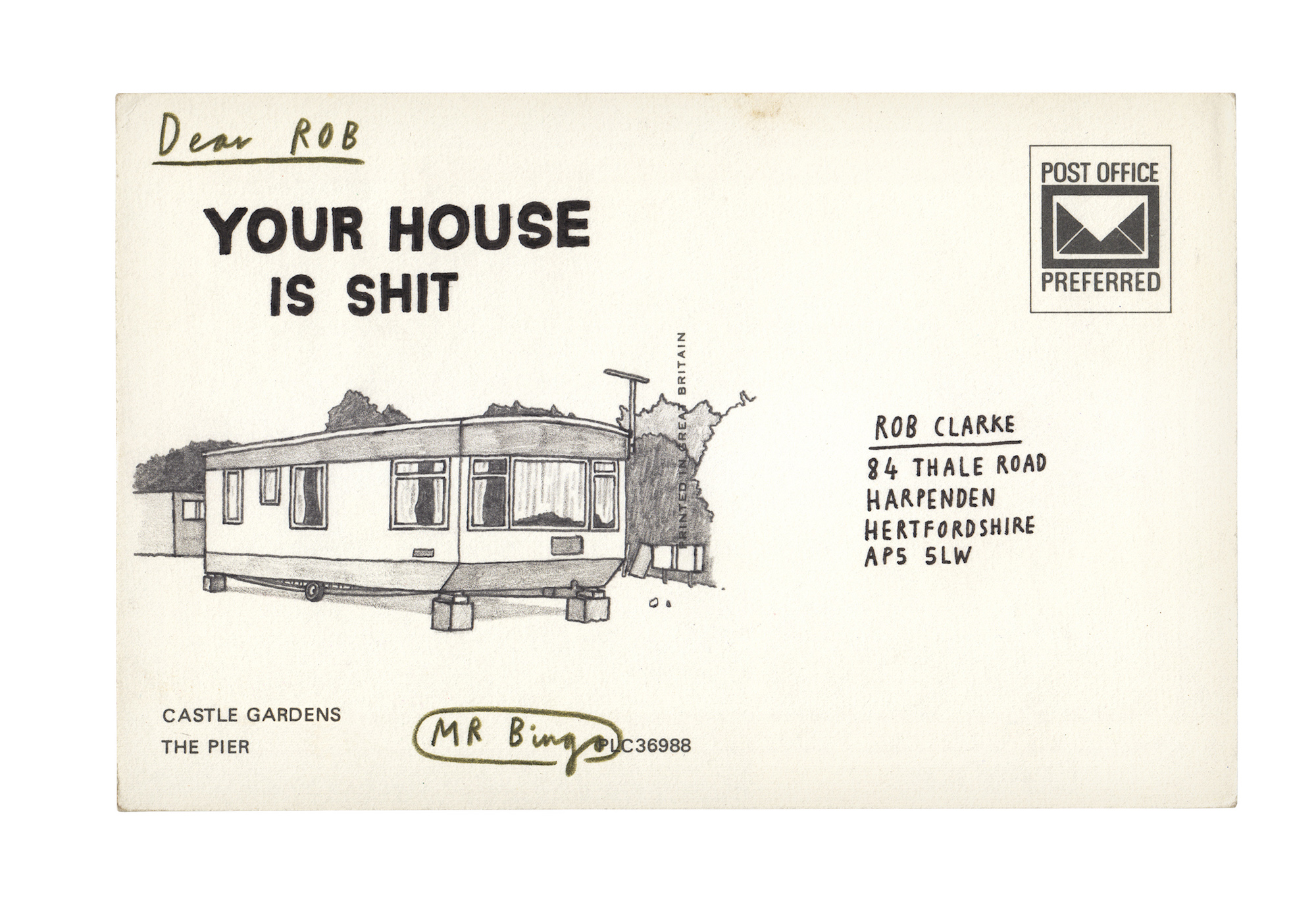 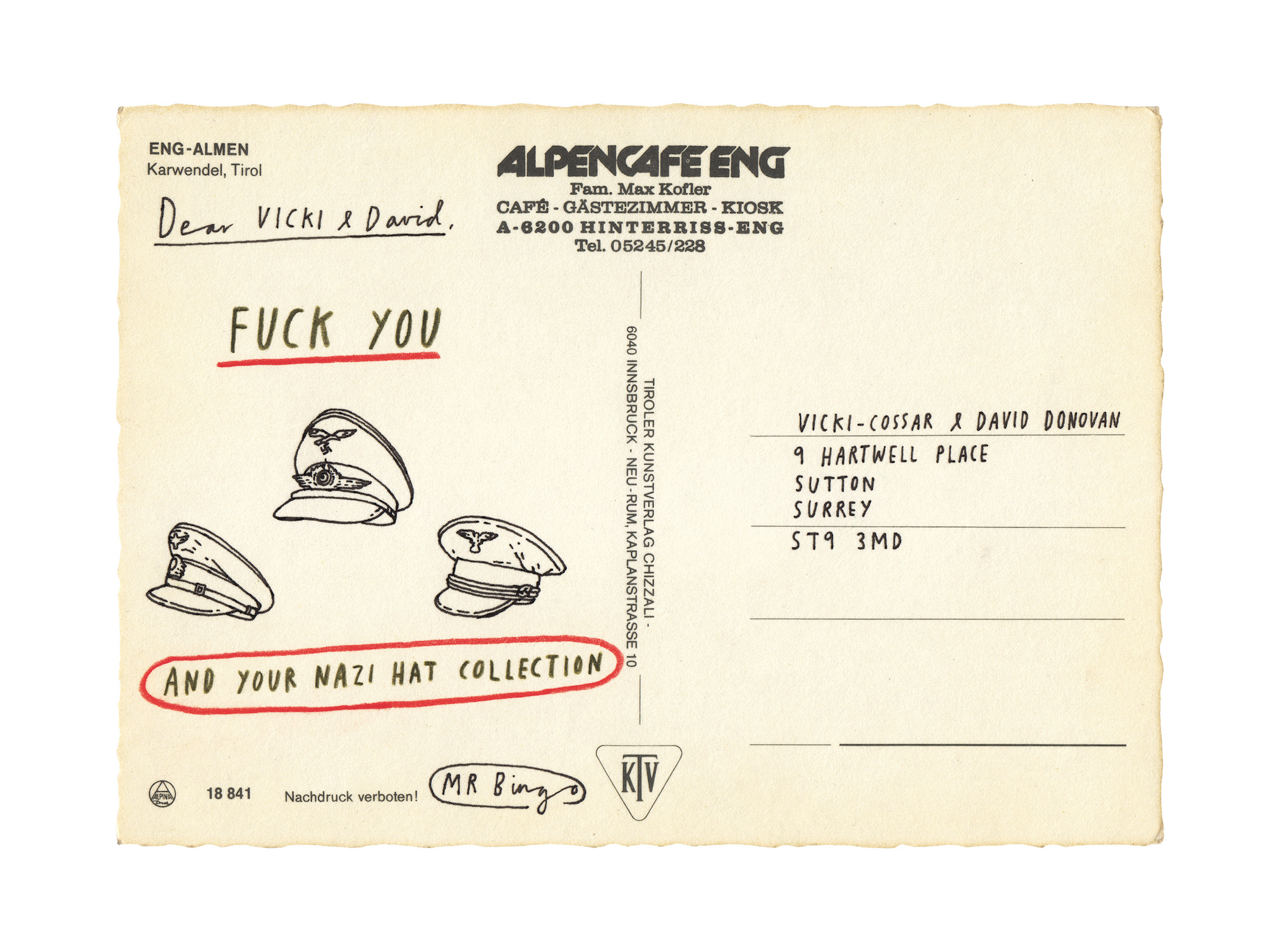 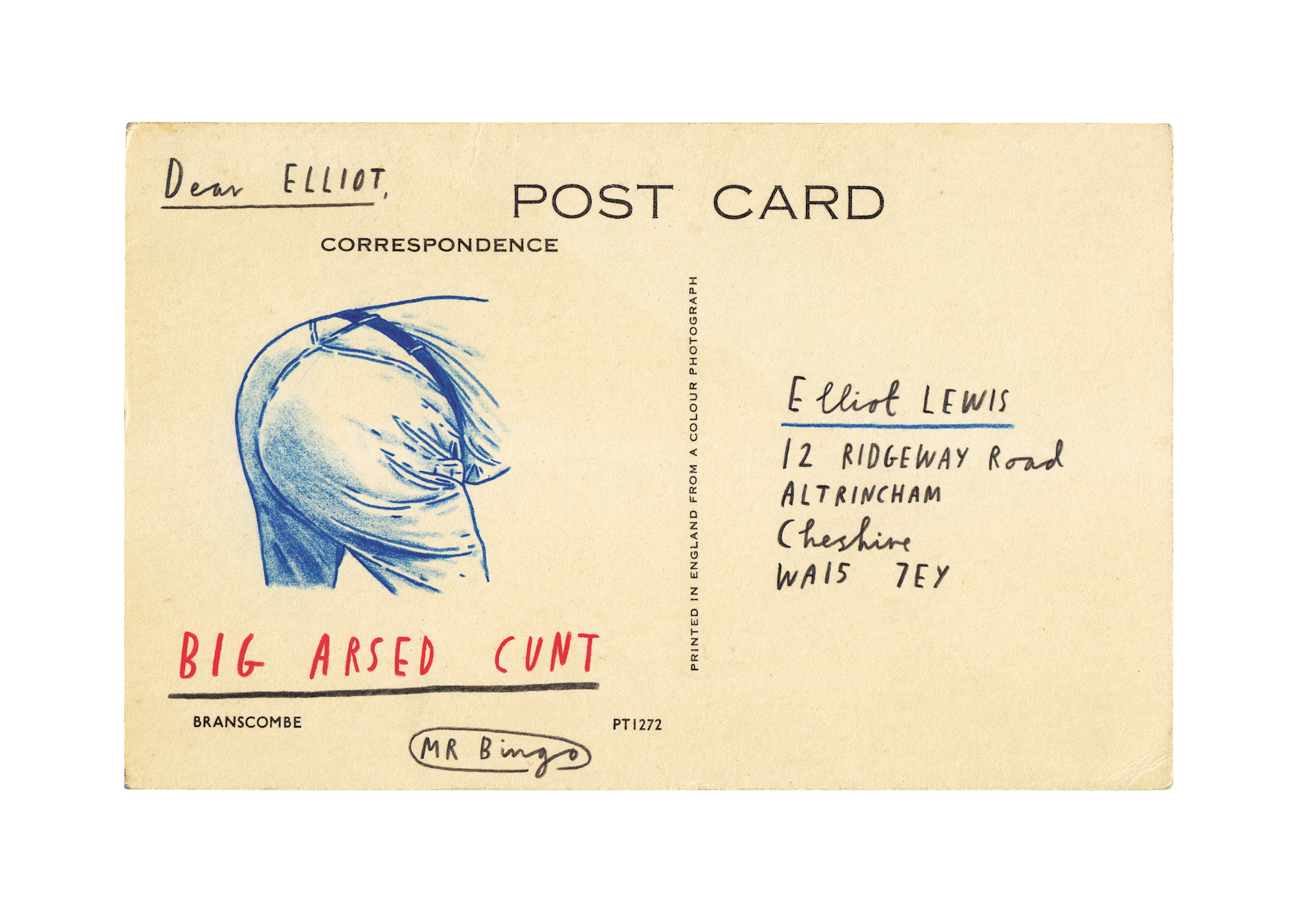 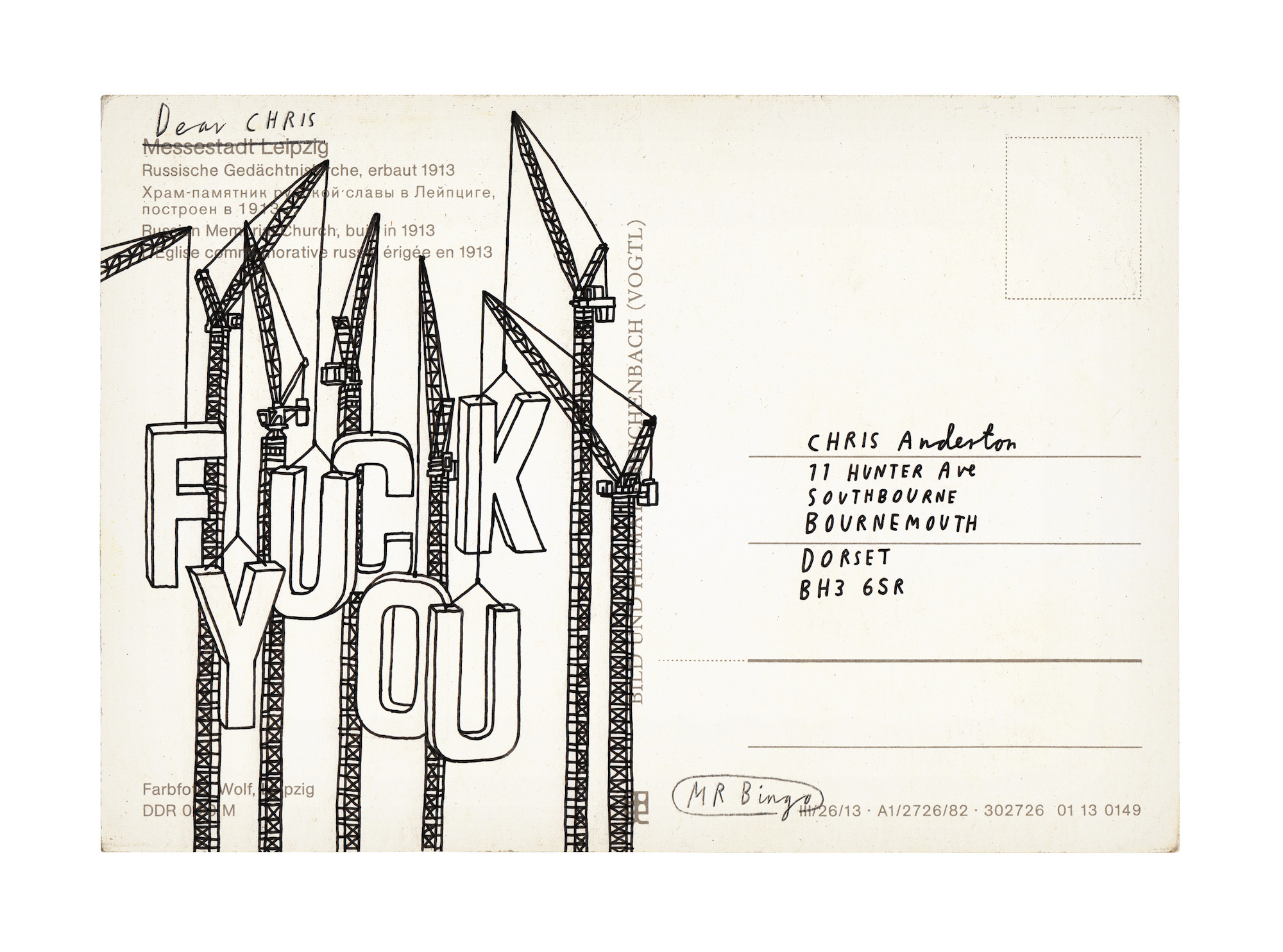 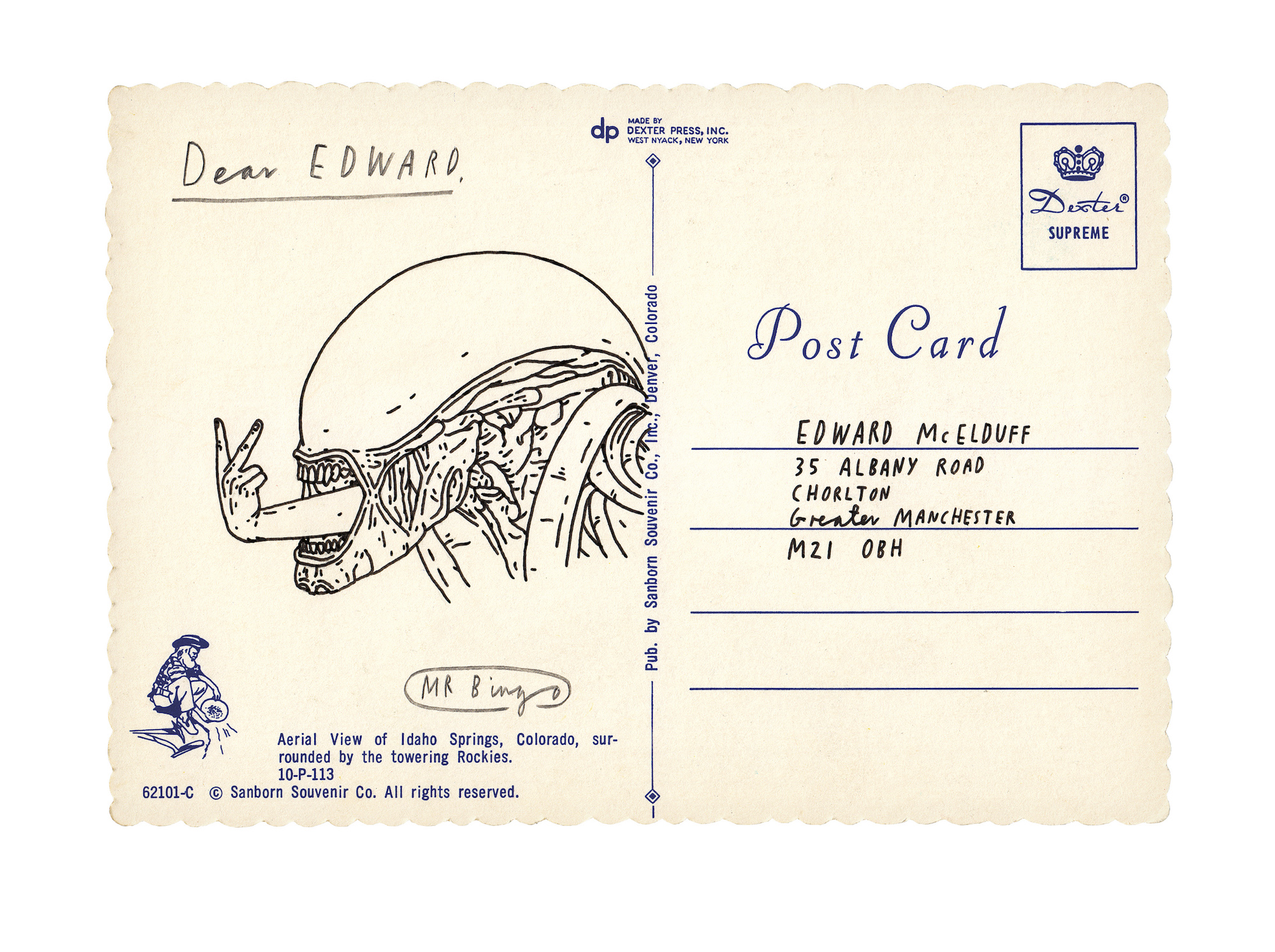 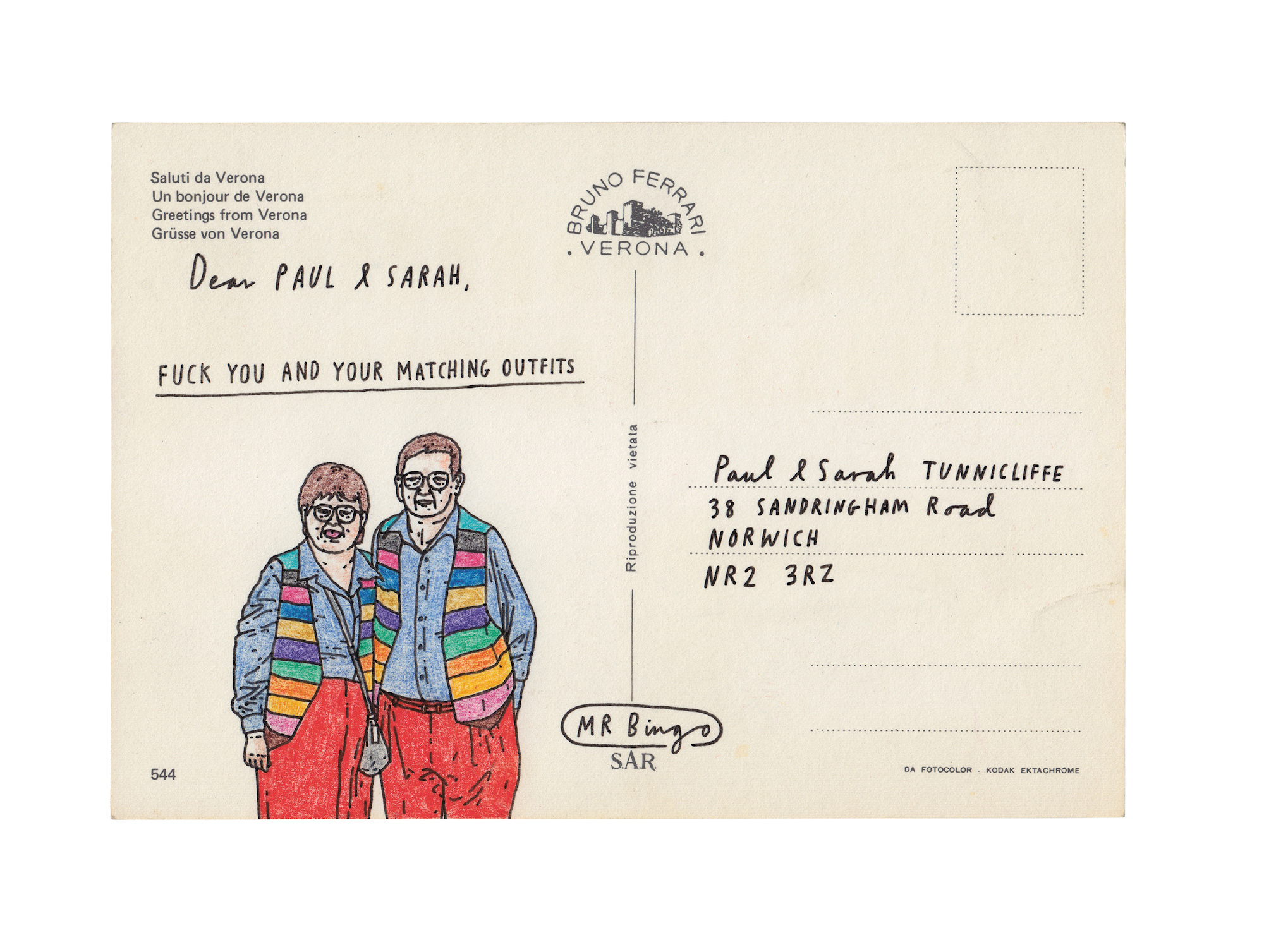 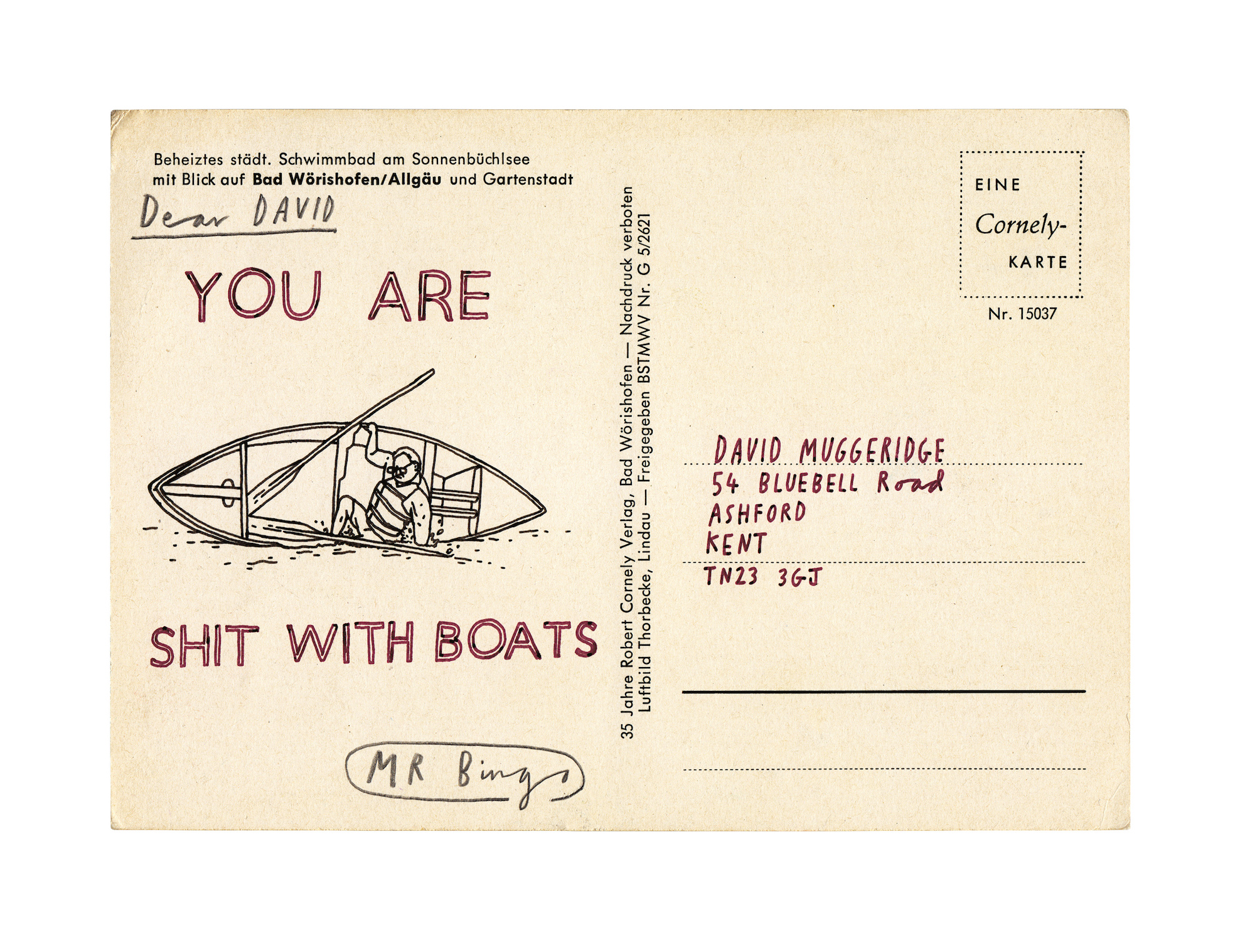 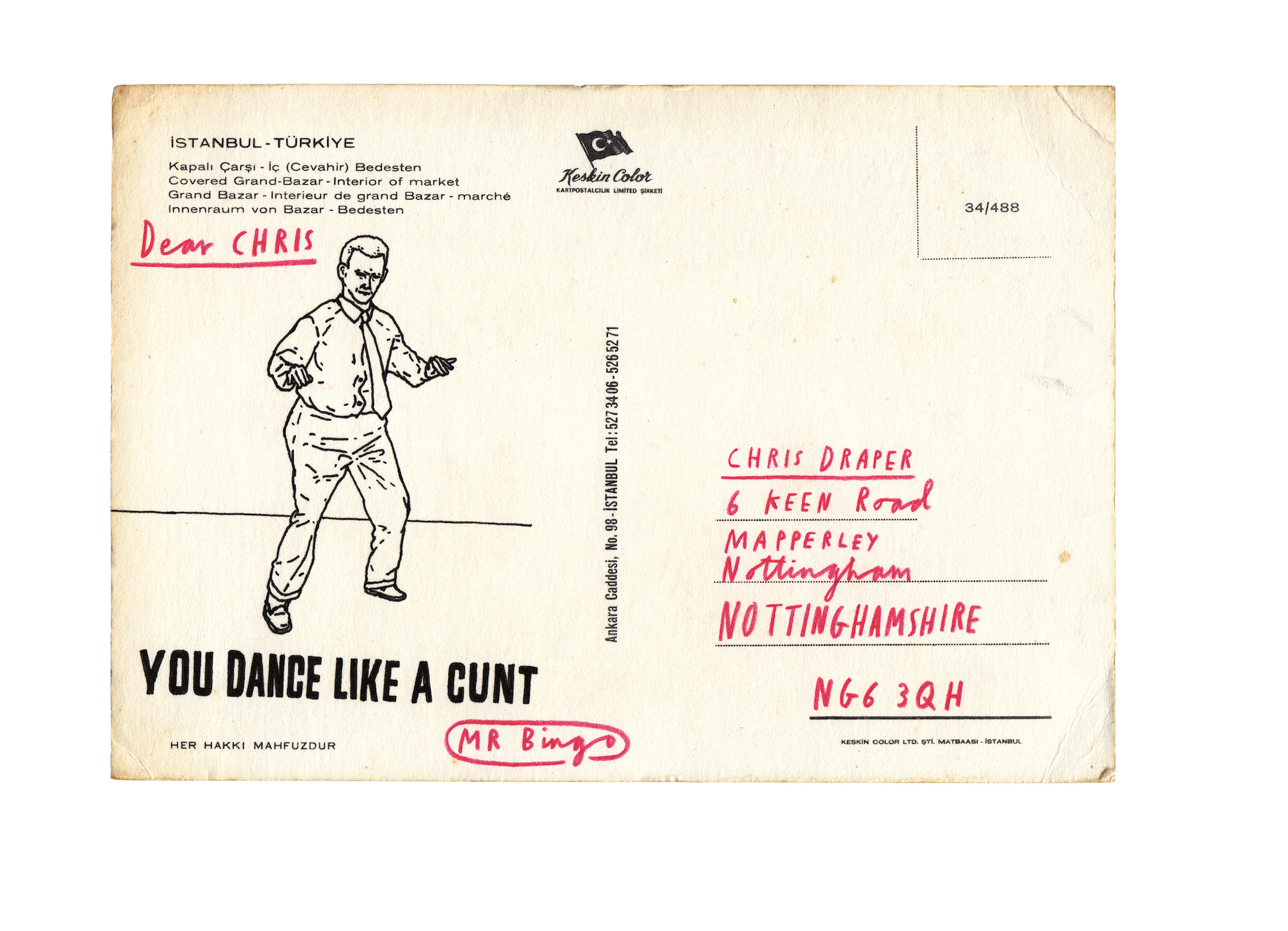 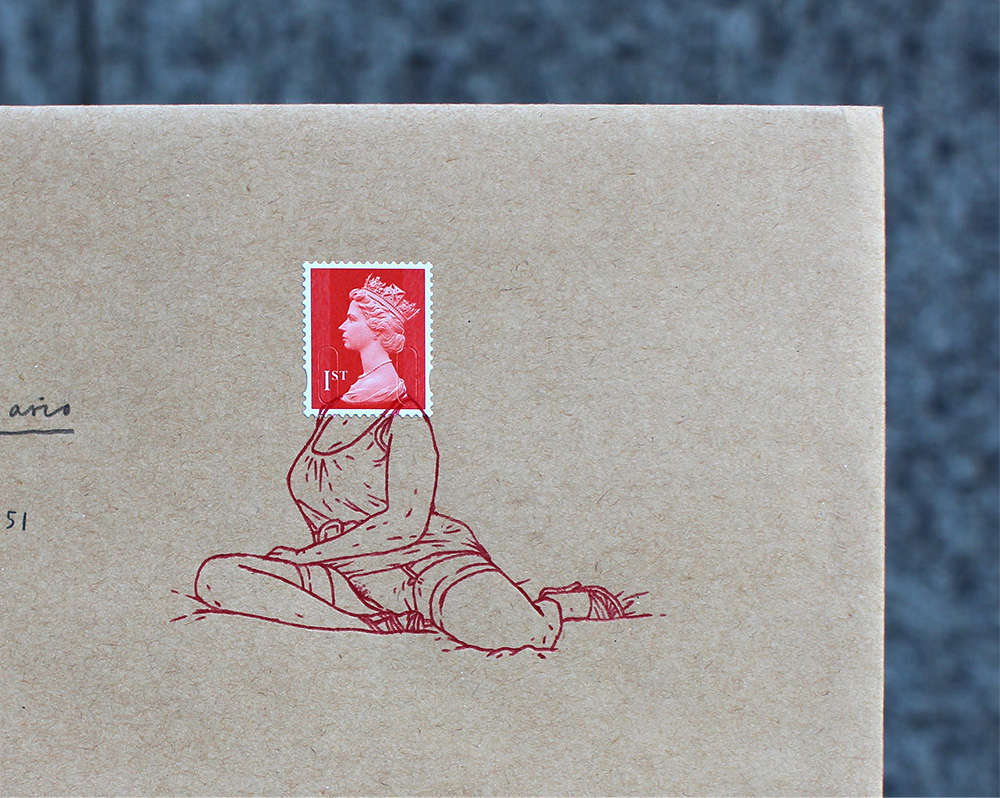