So long, Leonard Cohen (21 September 1934 – 10 November 2016). In 1972, the Canadian singer was on tour  at the Yad Eliahu Sports Palace in Jerusalem, Israel. Just three words into Bird on a Wire, he heard the audience clapping. Cohen stopped singing.

I really, I really enjoy your recognizing the song, but… I’m scared enough as it is up here, and I think something’s wrong every time you begin to applaud. So if you do recognize the song, would you just wave your hand? I would really like to see you all waving your hands if you recognize the song.

I hope you’ll bear with me. These songs are kind of, uh—they become meditations for me, and sometimes, you know, I just don’t get high on it, and I feel that I’m cheating you, so I’ll try it again, okay? And if it doesn’t work, I’ll stop in the middle. There’s no reason why we should mutilate a song just to save face, but here it goes. 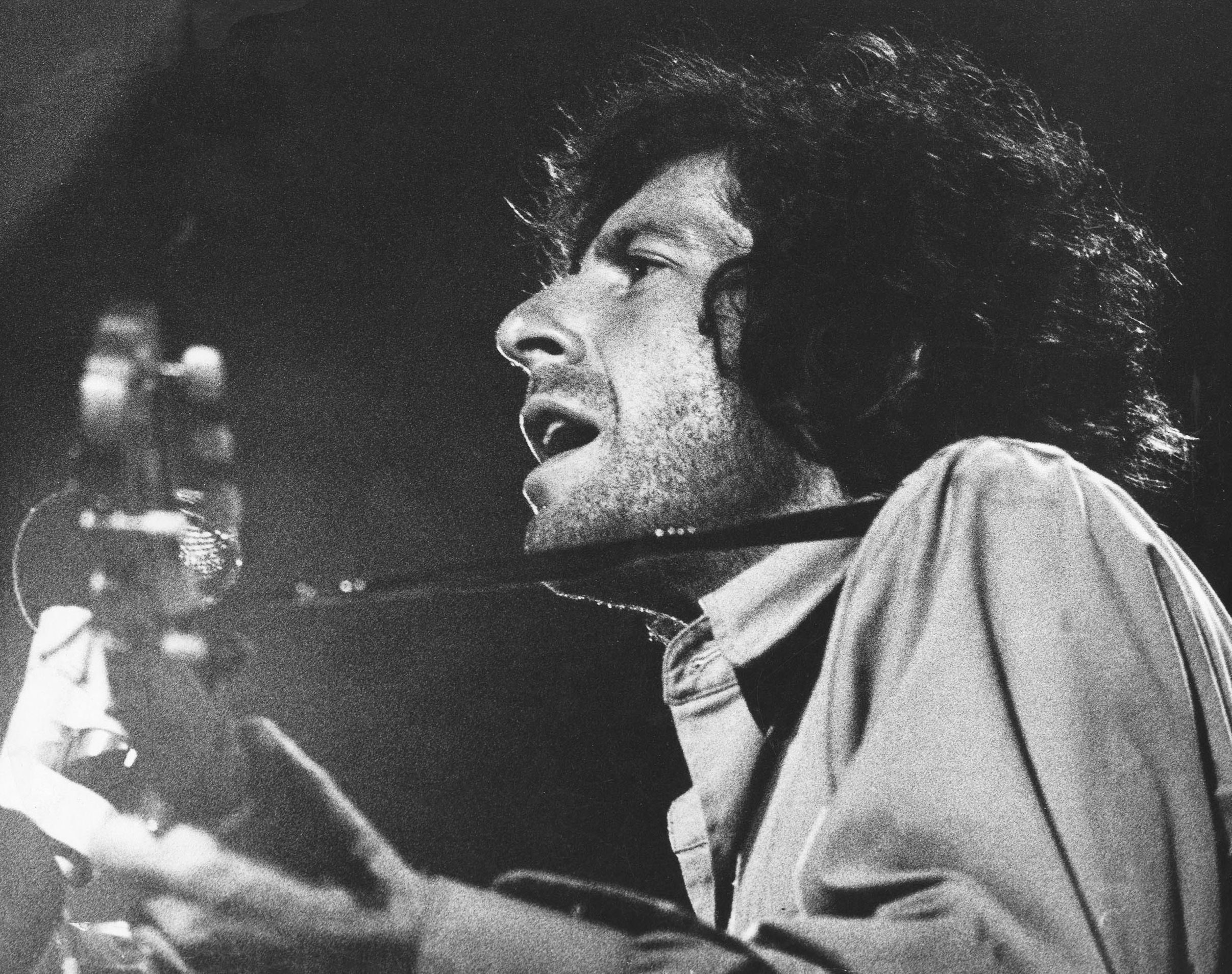 He continued. And then when he began to sing One of Us Cannot Be Wrong , the crowd once again clapped. Cohen was upset. He addressed the crowd:

Now look, if it doesn’t get any better, we’ll just end the concert and I’ll refund your money, because I really feel that we’re cheating you tonight. You know, some nights, one is raised off the ground, and some nights, you just can’t get off the ground. And there’s no point in lying about it. And tonight, we just haven’t been getting off the ground.

Cohen told everyone in his crew the show was over. 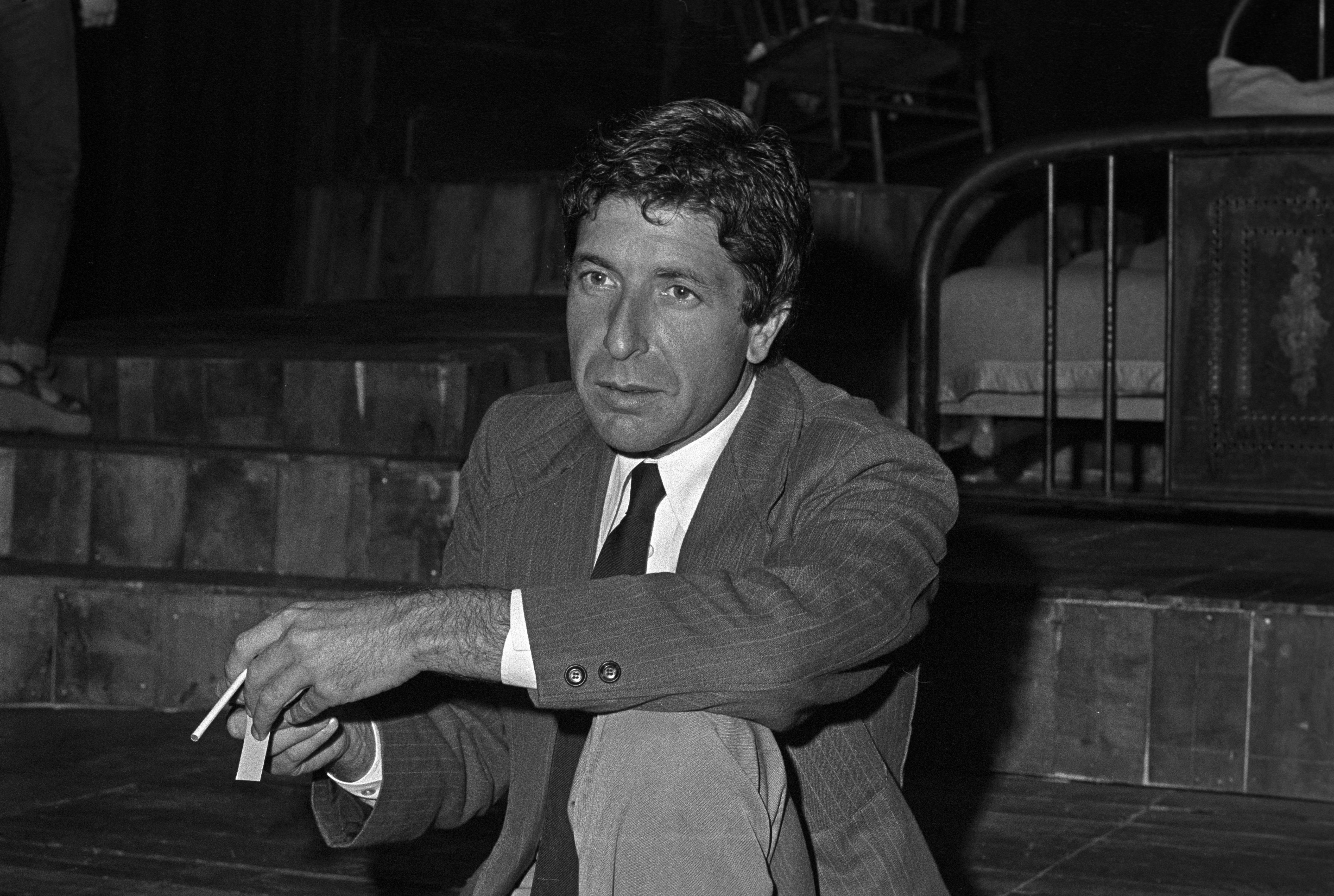 Ira Nadel writes in Various Positions: A Life of Leonard Cohen that the singer just needed to freshen up:

In Jerusalem, at the Yad Eliahu Sports Palace, there was pandemonium when Cohen stopped mid-performance and left the stage, agitated and in tears, saying that he could not go on and that the money should be refunded to the audience. Drugs and the pressure of performing the final concert of the tour in the holy city of Jerusalem had contributed to his state. In the dressing room, a distraught Cohen rejected the pleas of his musicians and manager to return to the stage.

Several Israeli promoters, overhearing the conversation, walked out to the crowd and conveyed the news: Cohen would not be performing and they would receive their money back. The young audience responded by singing the Hebrew song, “Zim Shalom” (“We Bring You Peace”). Backstage, Cohen suddenly decided he needed a shave; rummaging in his guitar case for his razor, he spied an envelope with some acid from years ago. He turned to his band and inquired: “Should we not try some?” “Why not?” they answered. And “like the Eucharist,” Cohen has said, “I ripped open the envelope and handed out small portions to each band member.”

A quick shave, a cigarette, and then out to the stage to receive a tumultuous welcome. The LSD took effect as he started to play and he saw the crowd unite into the grand image of “the Ancient of Days” from Daniel’s dream in the Old Testament. This image, “the Ancient of Days” who had witnessed all history, asked him, “Is this All, this performing on the stage?” Deliver or go home was the admonition. At that moment, Cohen had been singing “So Long, Marianne” intensely and a vision of Marianne appeared to him. He began to cry and, to hide his tears, turned to the band—only to discover that they, too, were in tears. 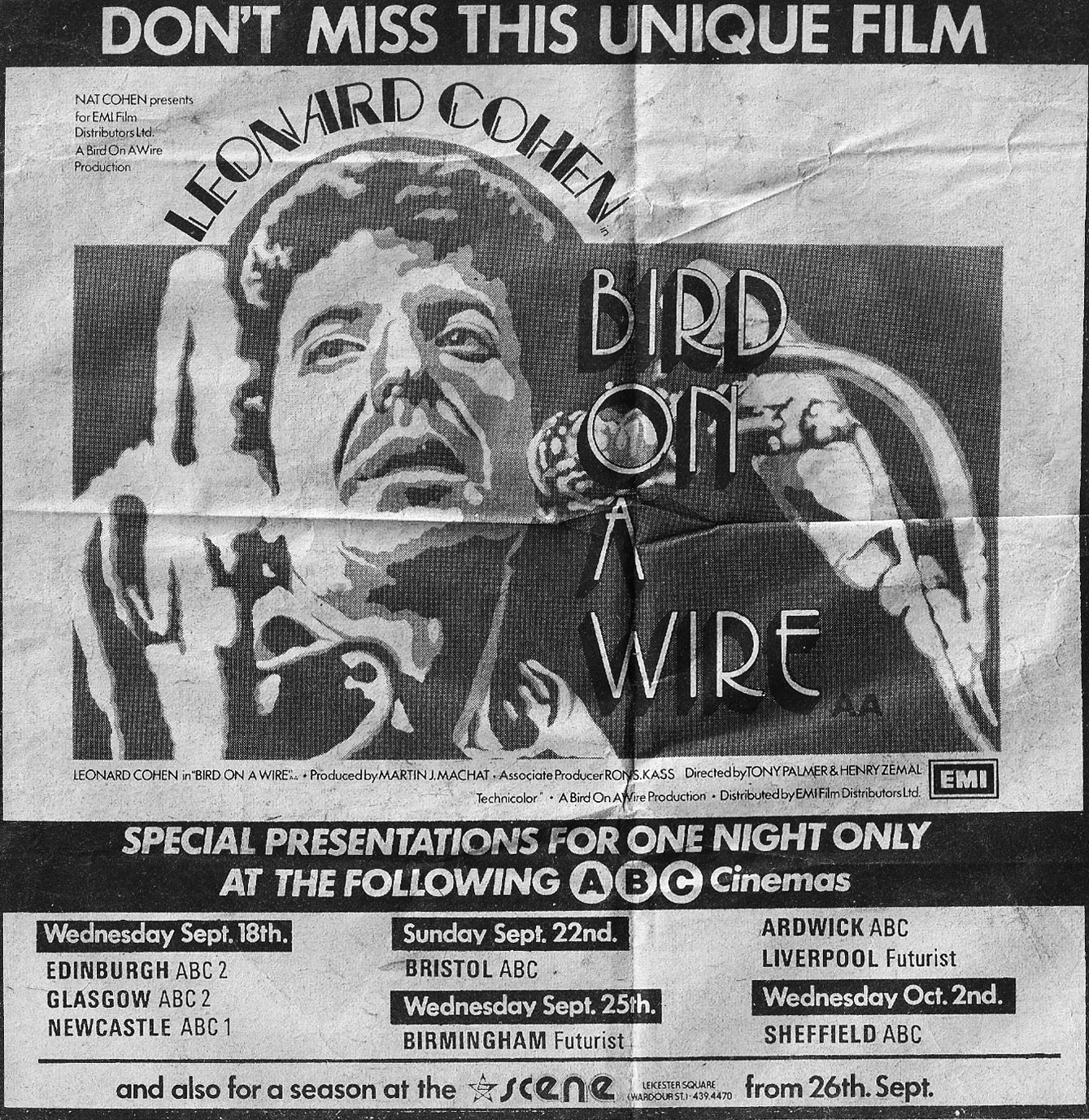 The footage below is from Bird On A Wire, Tony Palmer’s documentary about Leonard Cohen’s 1972 tour.

From that same show, below is a video of Cohen singing So Long, Marianne.  But before that, Cohen recalled the show in a September 2016 interview.

“It was at the end of the tour,” he told me. “I thought I was doing very poorly. I went back to the dressing room, and I found some acid in my guitar case.” He took the acid. Meanwhile, out in the hall, the audience started singing to Cohen as if to inspire him and call him back. The song was a traditional one, “Hevenu Shalom Aleichem,” “We Have Brought Peace Upon You.”

“How sweet can an audience possibly be?” Cohen recalled. “So I go out on the stage with the band . . . and I started singing ‘So Long, Marianne.’ And I see Marianne straight in front of me and I started crying. I turned around and the band was crying, too. And then it turned into something in retrospect quite comic: the entire audience turned into one Jew! And this Jew was saying, ‘What else can you show me, kid? I’ve seen a lot of things, and this don’t move the dial!’ And this was the entire skeptical side of our tradition, not just writ large but manifested as an actual gigantic being! Judging me hardly begins to describe the operation. It was a sense of invalidation and irrelevance that I felt was authentic, because those feelings have always circulated around my psyche: Where do you get to stand up and speak? For what and whom? And how deep is your experience? How significant is anything you have to say? . . . I think it really invited me to deepen my practice. Dig in deeper, whatever it was, take it more seriously.”

Back inside the dressing room, Cohen wept fiercely. “I can’t make it, man,” he said. “I don’t like it. Period. So I’m splitting.”

He went out one last time to speak to the audience.

“Listen, people, my band and I are all crying backstage. We’re too broken up to go on. But I just want to tell you, thank you and good night.”

Via: Dangerous Minds. The New Yorker 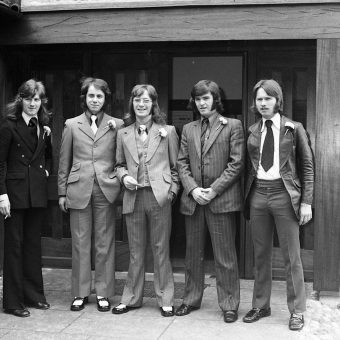 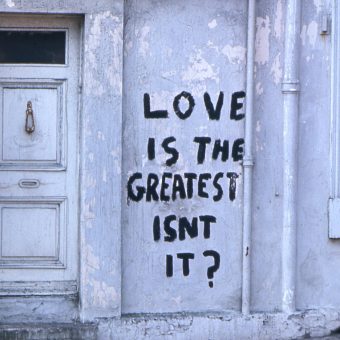