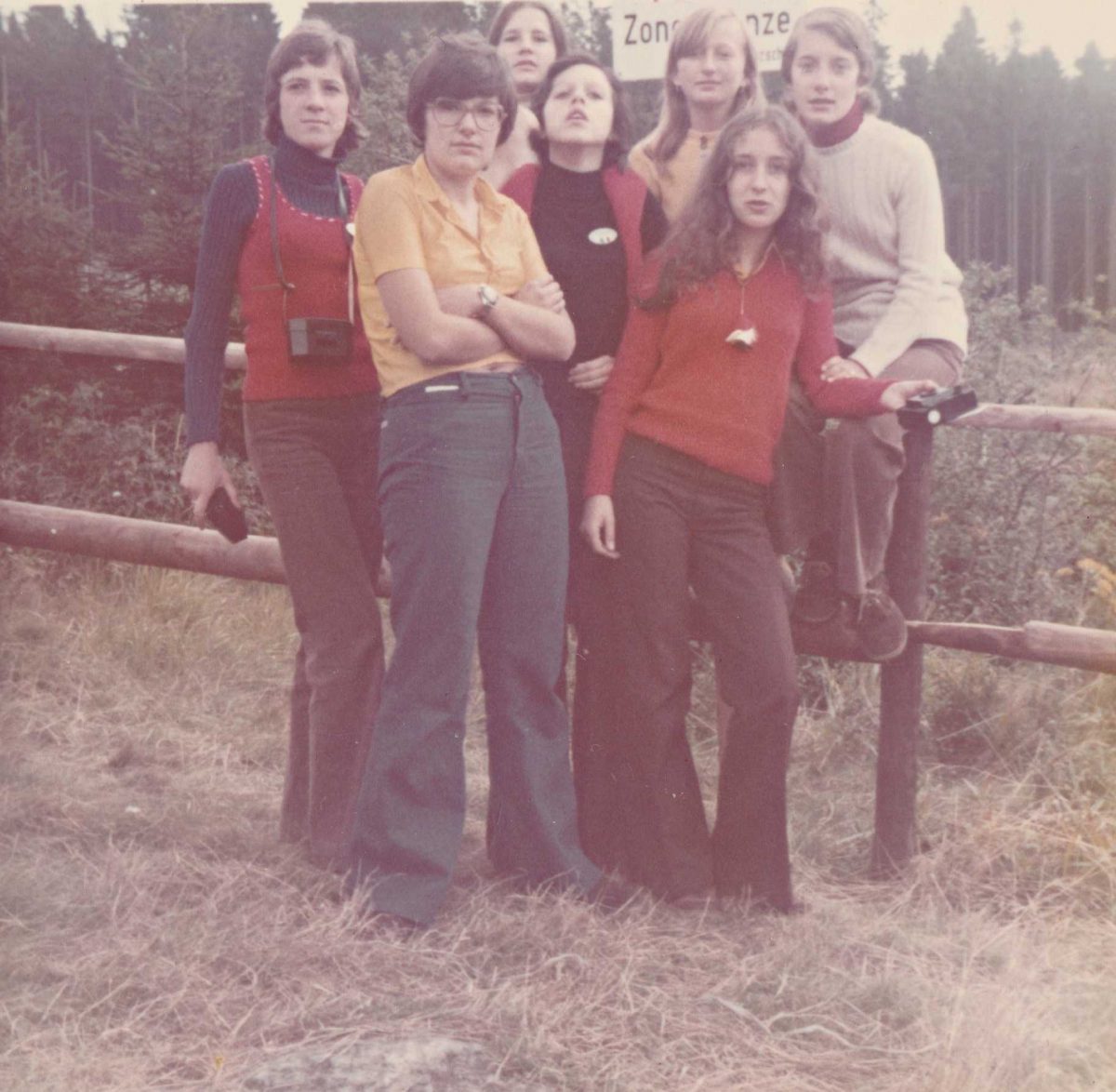 “These are 5 photos took by my mother 47 years ago in Germany,” says reader Robin Koskas. His pictures are not artfully composed, nor are the subjects famous faces. These are ordinary snapshots from an extraordinary time and place, when Germany was split in two by the inner German border, the physical manifestation of Sir Winston Churchill’s metaphorical Iron Curtain that separated the Soviet and Western blocs during the Cold War.

The Inner German border kept apart the German Democratic Republic (GDR, East Germany) and the Federal Republic of Germany (FDR, West Germany) from 1949 to 1990. Not including the similar and physically separate Berlin Wall, the border was 1,393 kilometres (866 mi) long and ran from the Baltic Sea to Czechoslovakia. We tend to associate 9 November 1989 with the fall of the Berlin Wall, but that day checkpoints were also opened along the entire Inner German border.

So who fancies a school outing to the border where two disparate cultures clash and tens of thousands of armed soldiers patrol each side? The East German guards are trained to shoot to kill. There are mines on both sides, too, barbed wire by the mile, 1,000 guard towers on the GDR’s side and Kettenlaufanlagen, which consisted of a suspended wire up to 100 metres long to which a large dog was chained. Hundreds died attempting to the cross from West to East. 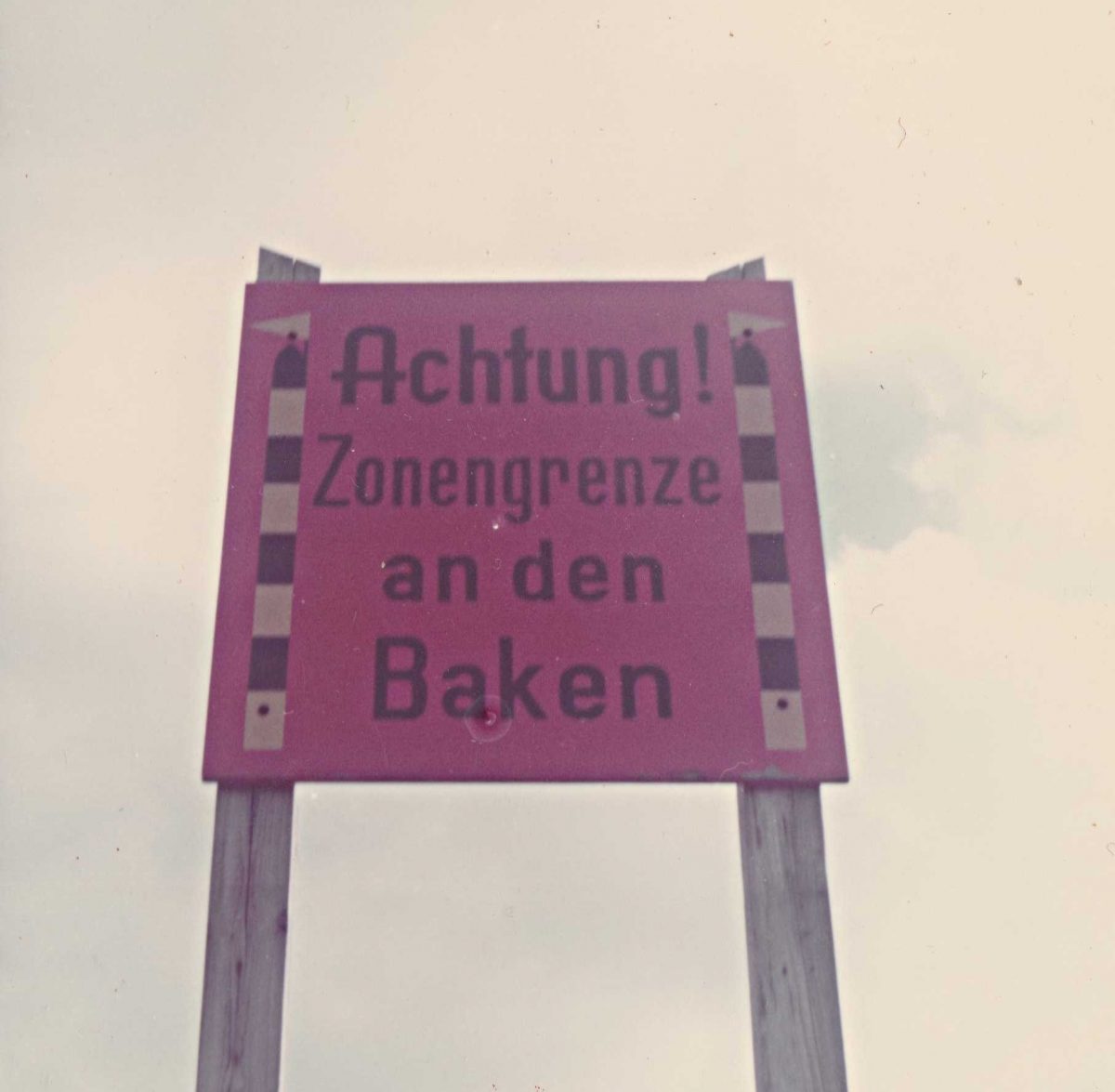 “At this time, she was a naive and cheerful 14 years old French girl learning German at school,” Robin continues. “In June 1972, around 30 French teenagers were part of a 10 days linguistic school trip in Lower Saxony. She was one of them.

“They boarded a bus and left southern France for the heart of Germany. After making a little stop in Freiburg im Breisgau to visit the medieval fortifications of the town, they finally arrived in a holiday camp close to Goslar in central Germany. Goslar was spared by the Allied forces and not bombed during the World War II. During the Cold War, and due to its proximity to the Inner German Border, the town was a major garrison for the Bundeswehr (the West German army).

“The town of Goslar was located very close to the Harz forest where the infamous Inner German border was standing. It was a large military area and out-of-bounds. But surprisingly young tourists did visit and photograph the place.

“On the other side of the concrete wall, was the GDR, a mysterious and unknown land for these young French girls and boys.” 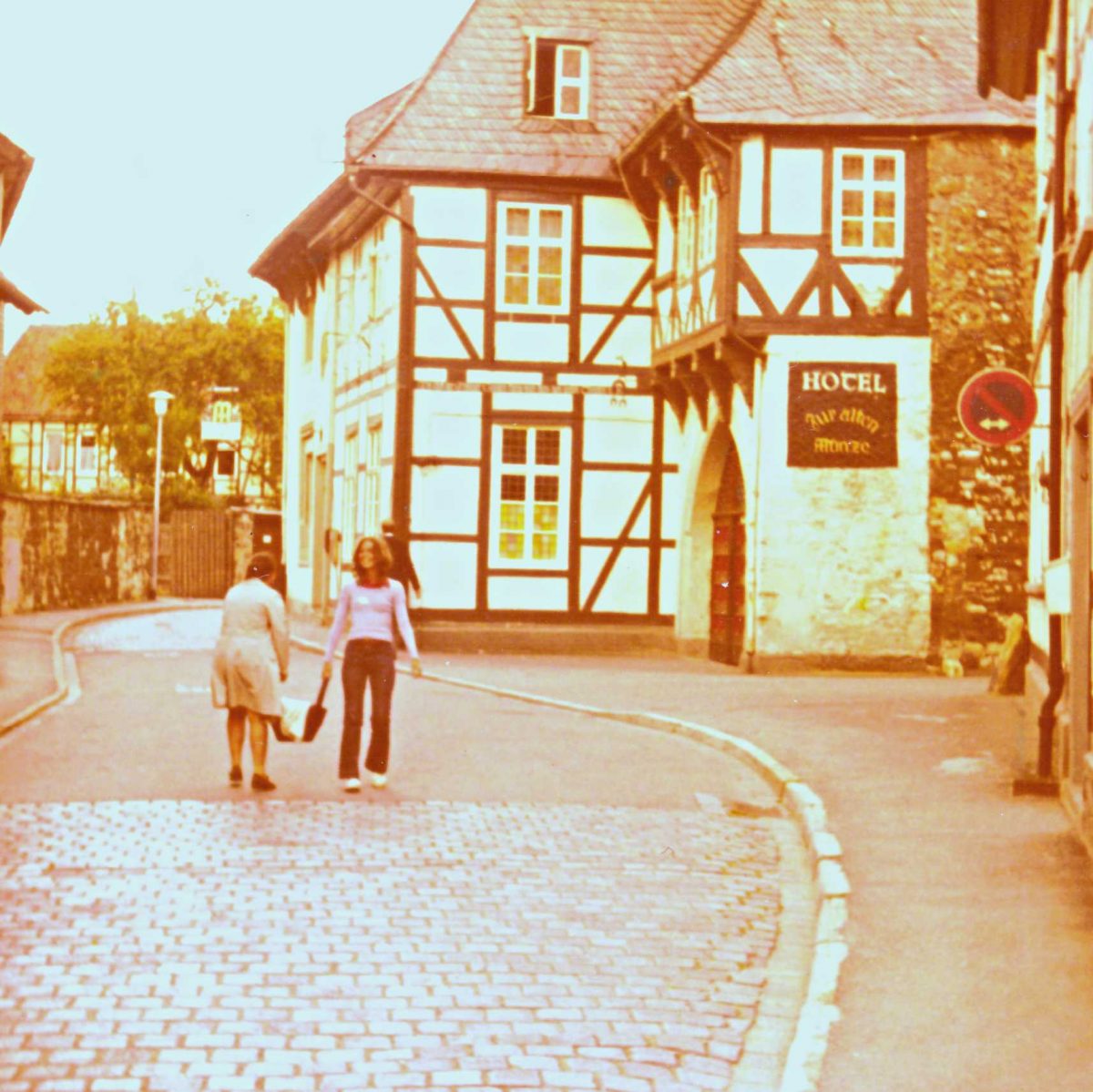 On the right side, we can see the Hotel “Alte Münze” (meaning “The Old Coin” in german) in the medieval historical center. This hotel is still open today.

“I didn’t know much about Eastern Germany at this age,” says Christine, Robin’s mother. “Our teacher was telling us that people couldn’t leave this country if they wanted. In my mind, they were like prisoners. I remember that I was fascinated by the signs saying ‘Achtung!’ and the guards who were patrolling. The forest was absolutely beautiful and the general ambiance very strange. I took these photos with a little camera that my parents got me for the trip.” 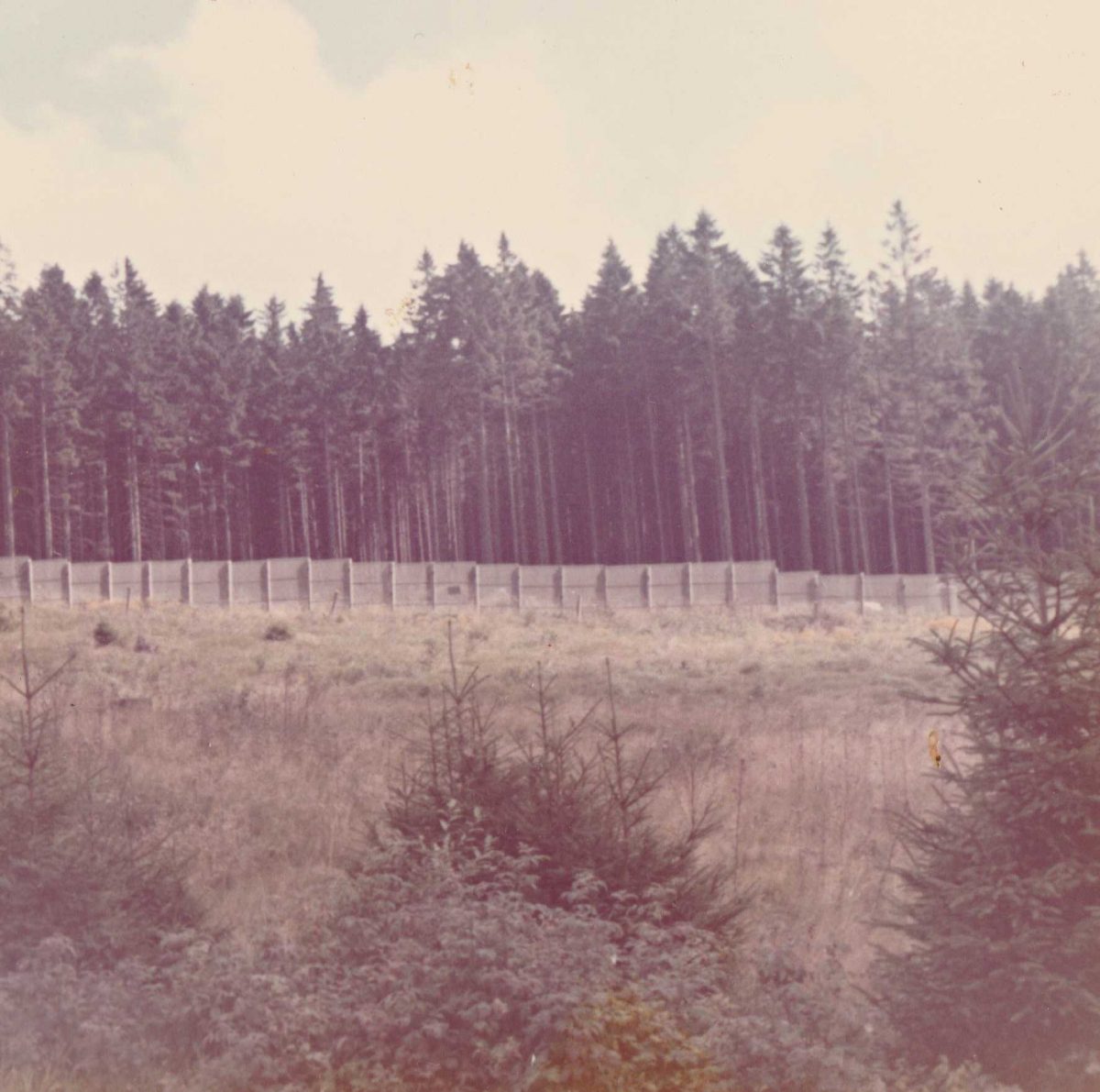 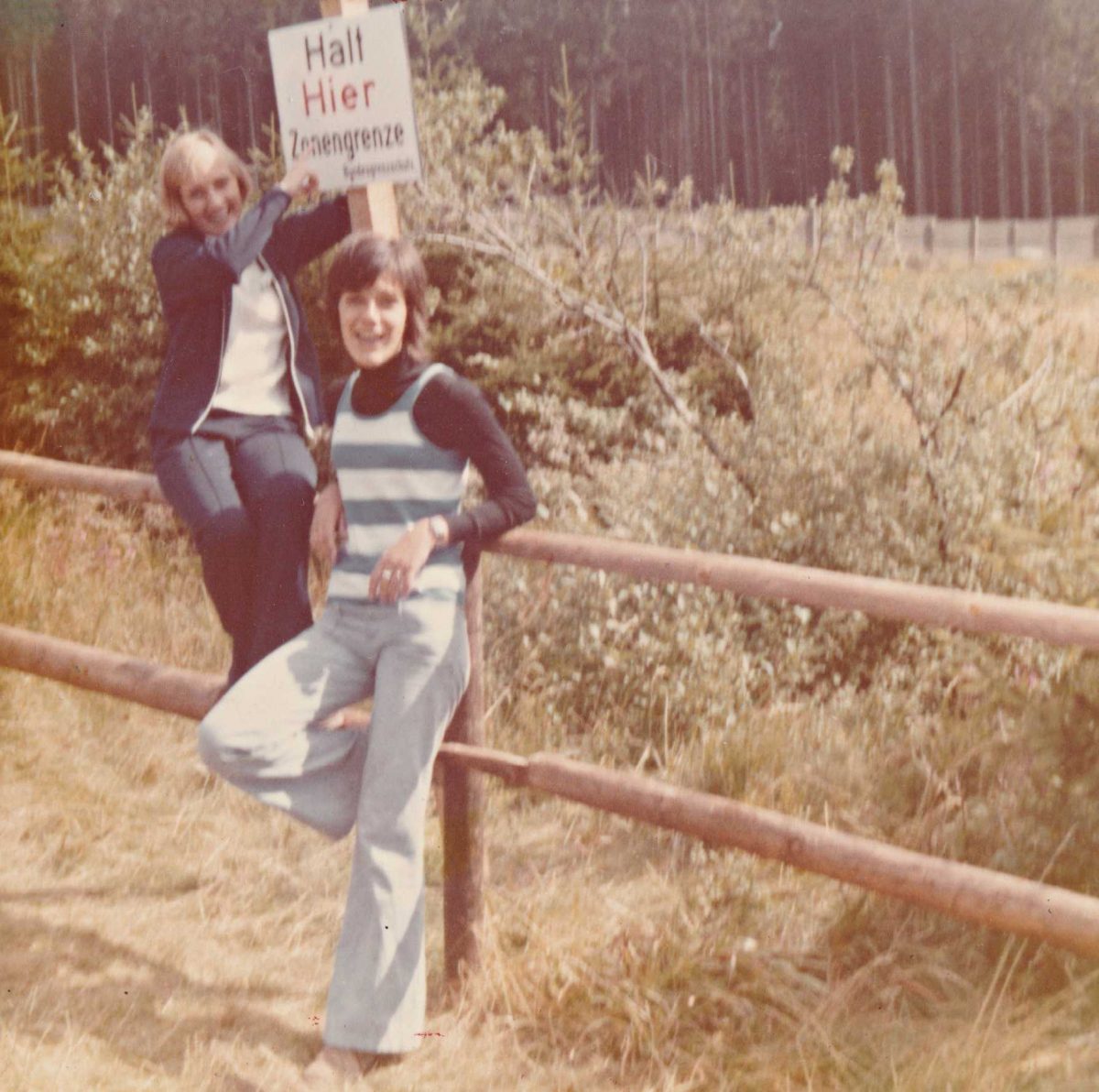 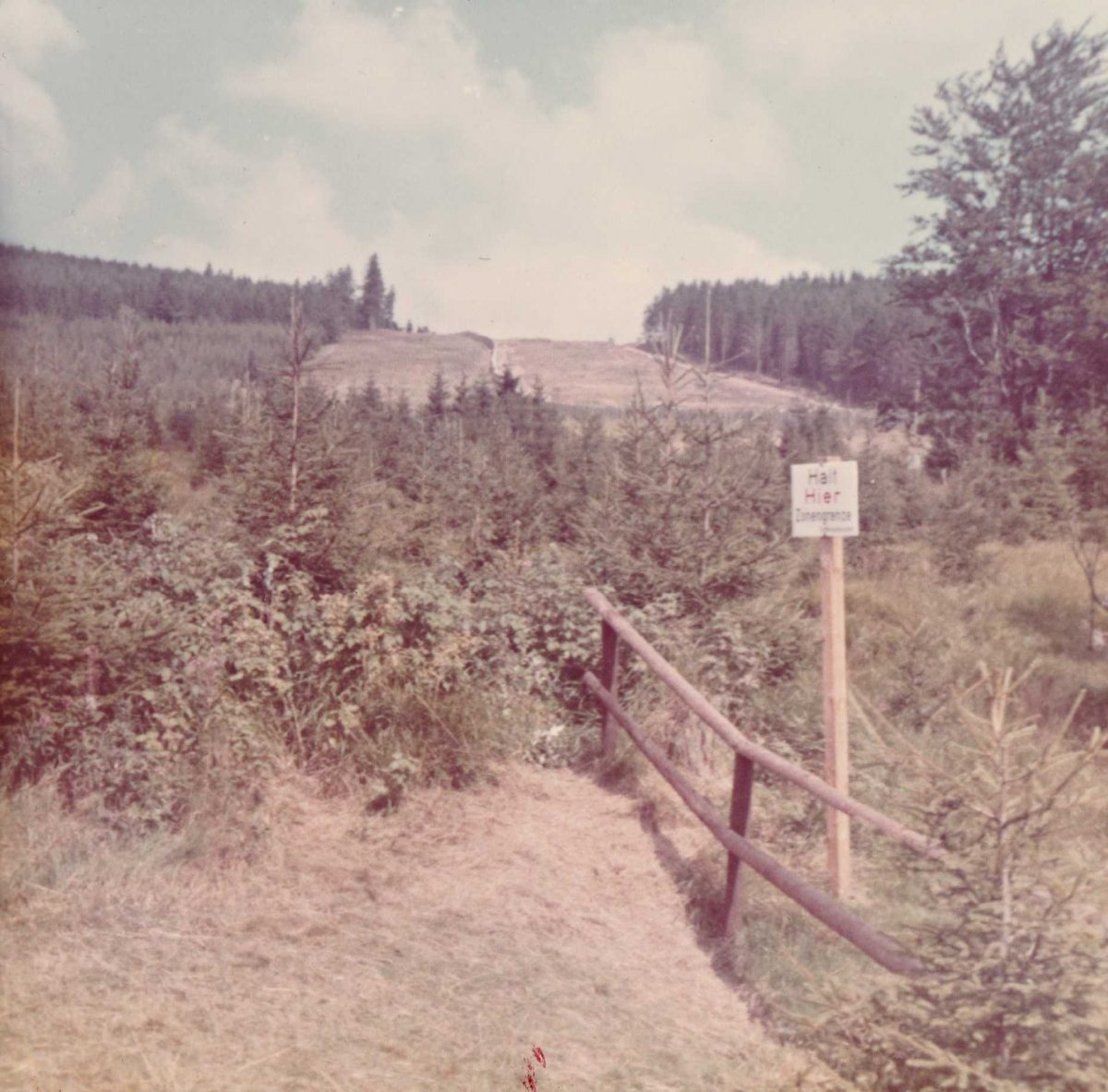 If you’d like your photos and story to appear on Flashbak, you can get in touch here.