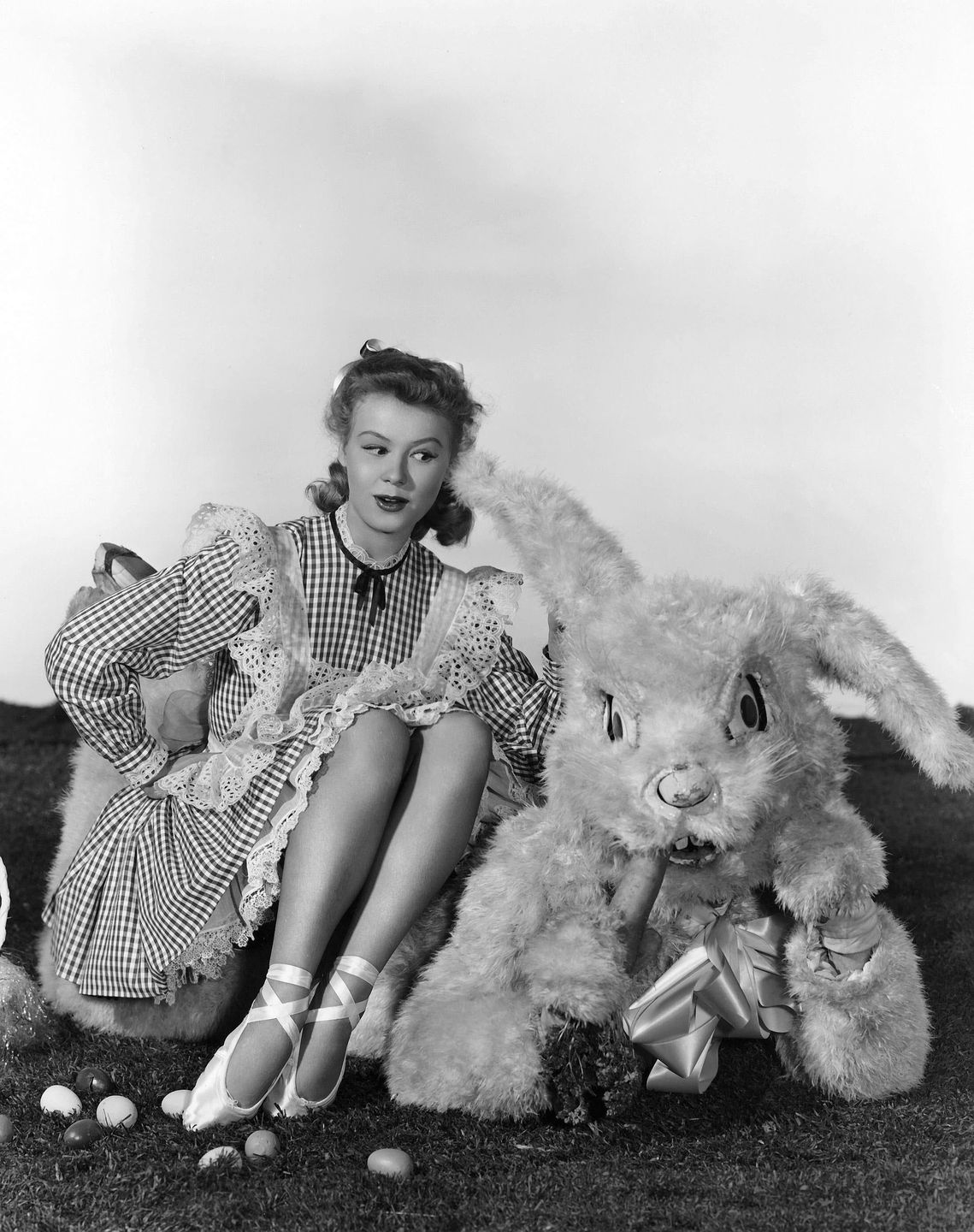 Once upon a time, there was a cute fluffy white Bunny called Bob who lived with his Mum in Germany. Bob’s Mum was also cute. She had once been a Playboy Bunny. Bob always told his Mum his dreams. ‘When I grow up,’ he said, ‘I’m not going to be a burrow surveyor, I’m going to travel the world and give gifts to everyone.’ His Mum was always pleased when Bob told her things like this. ‘You’re such a sweet bunny, ‘ she said. 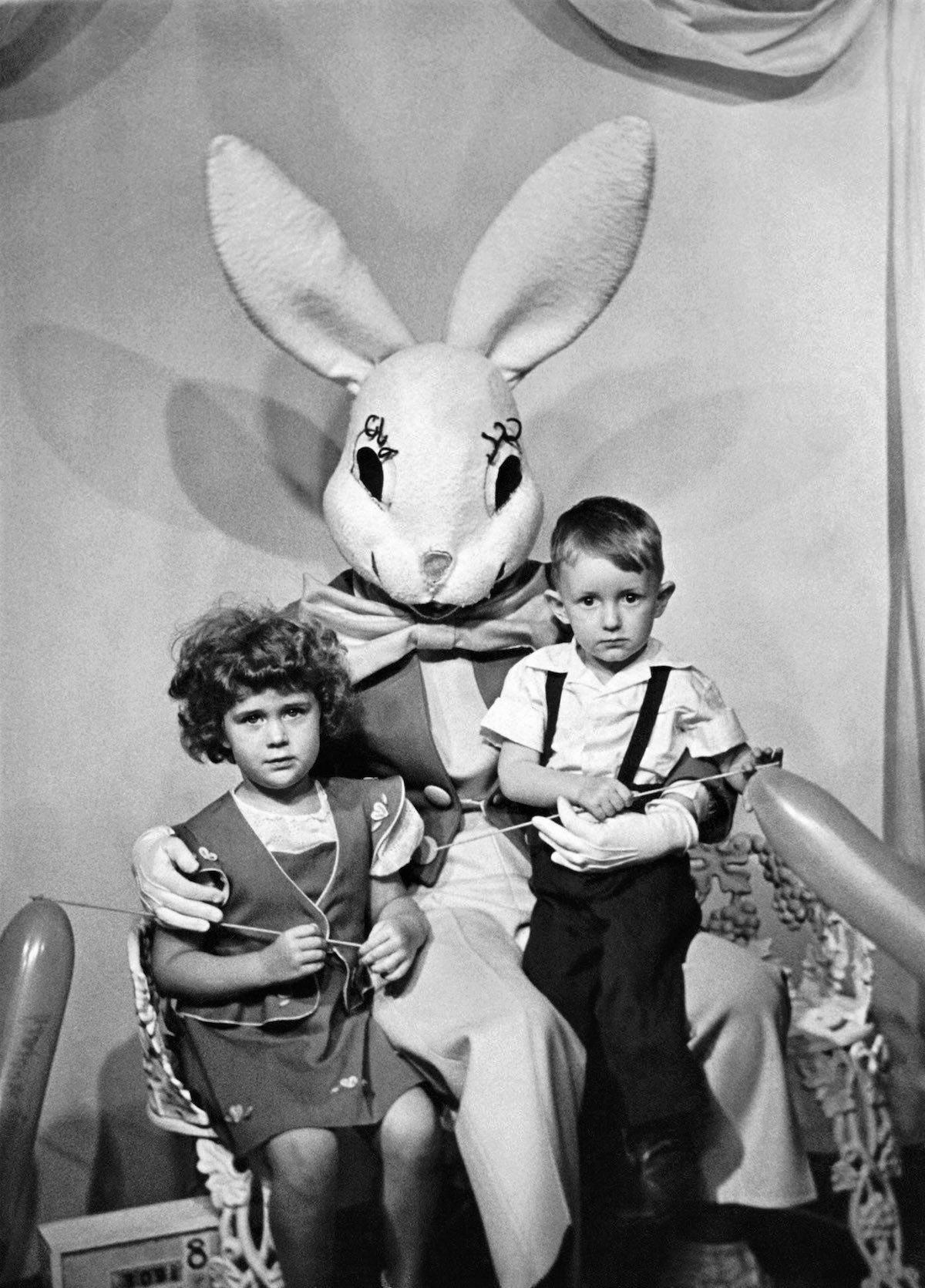 Soon the ship left port and was off on its long voyage. Days turned to weeks, weeks to months. Then on Easter Sunday as the sun was rising, the ship arrived in America. The German crew began to disembark. Bob felt very grateful to these Germans. He had eaten quite a considerable amount of their fruit and veg. Now he wanted to show his appreciation. Having read all the porn mags, Bob knew exactly what the Germans liked. (You’re making this up now… –Ed.) He made little paper baskets and filled them with some of his own work which had accumulated in little heaps during the voyage. When the crew entered the hold they saw Bob with his little baskets of presents. ‘Ah schau!’ said the Captain, ‘Ein kleines flauschiges Häschen mit ein paar winzigen Schokoladeneiern ….’ *

This allegedly (Oh, FFS….! –Ed.) is how the Easter Bunny and the fine tradition of giving chocolate eggs to people on Easter Sunday morning began.

But wait! perhaps there is another even more bizarre explanation….? 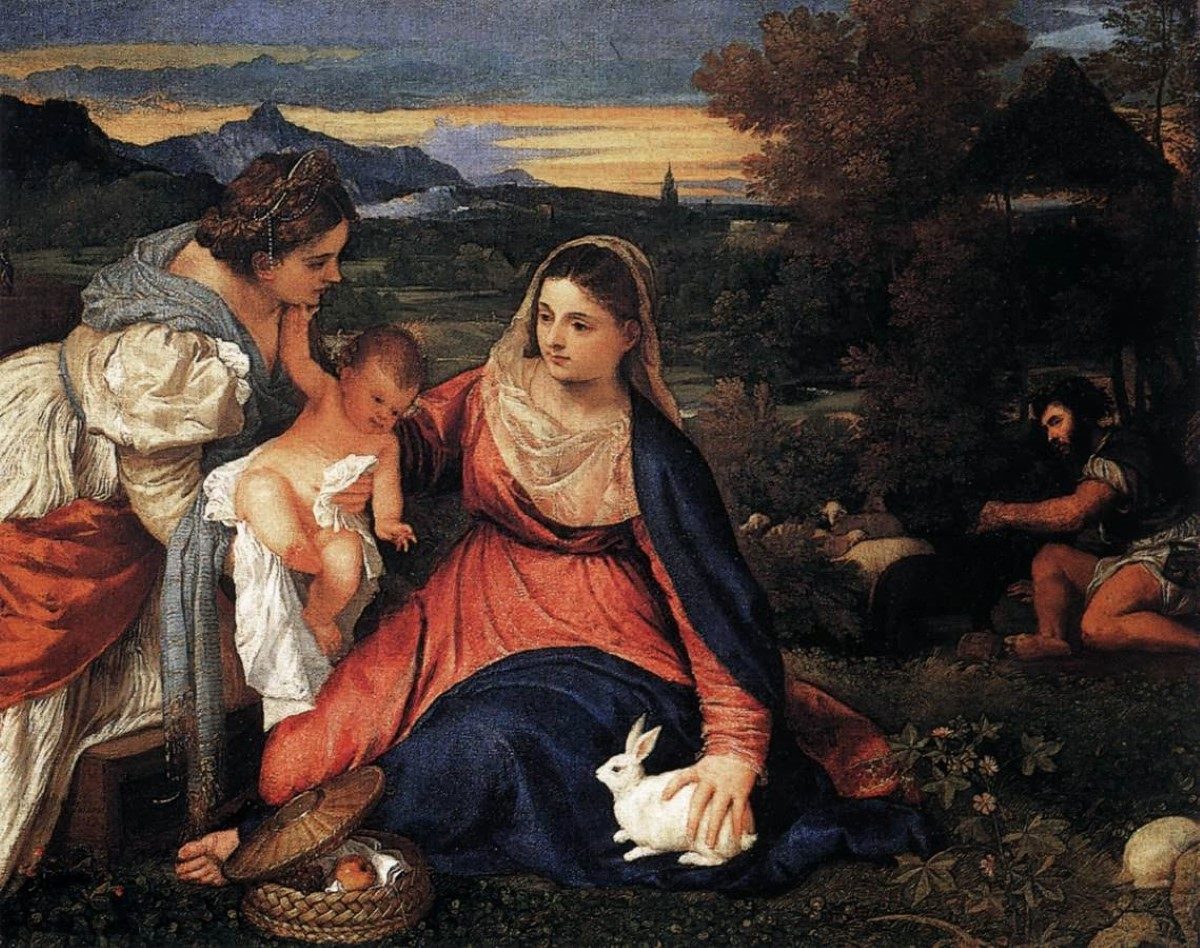 According to the Venerable Bede Easter was originally a festival celebrating the goddess Ēostre and the arrival of Spring. Her animal companion was the hare, which symbolised fertility and birth. Ēostre is a variation of the German goddess of Spring Austrōn or Ostara. Ēostre derives from h₂éwsōs the ancient goddess of dawn or the bringer light. Bede claimed the festival of Ēostre was replaced by the Christian celebration of Easter. Bede is the only documented record of this.

The hare also has an association with Christianity. It was believed by the ancient Greeks that hares were hermaphrodites and had “virgin births”. This was why hares or later white rabbits were a symbol associated with the Virgin Mary–for innocence and a virgin birth.

The association of a hare (or cute fluffy bunny) giving Easter eggs was the hybrid of two different superstitions. Firstly, the egg was seen as a sign of fertility and rebirth. The egg was a Christian symbol of Jesus Christ rising from the dead or being reborn. Eggs were boiled then painted red–to symbolise Christ’s blood. German Lutherans kept this tradition going throughout lent. Eggs were rolled as a symbol of the stone rolling away from Christ’s tomb. Secondly, Protestants confabulated a tale of the Easter Hare who came to judge children on Easter Sunday. If a child had been good, they were given a brightly painted hard-boiled egg. If they were bad, then the Easter Hare would chew their faces off and suck out their souls. (Shurely, not give them an egg…?–Ed.) 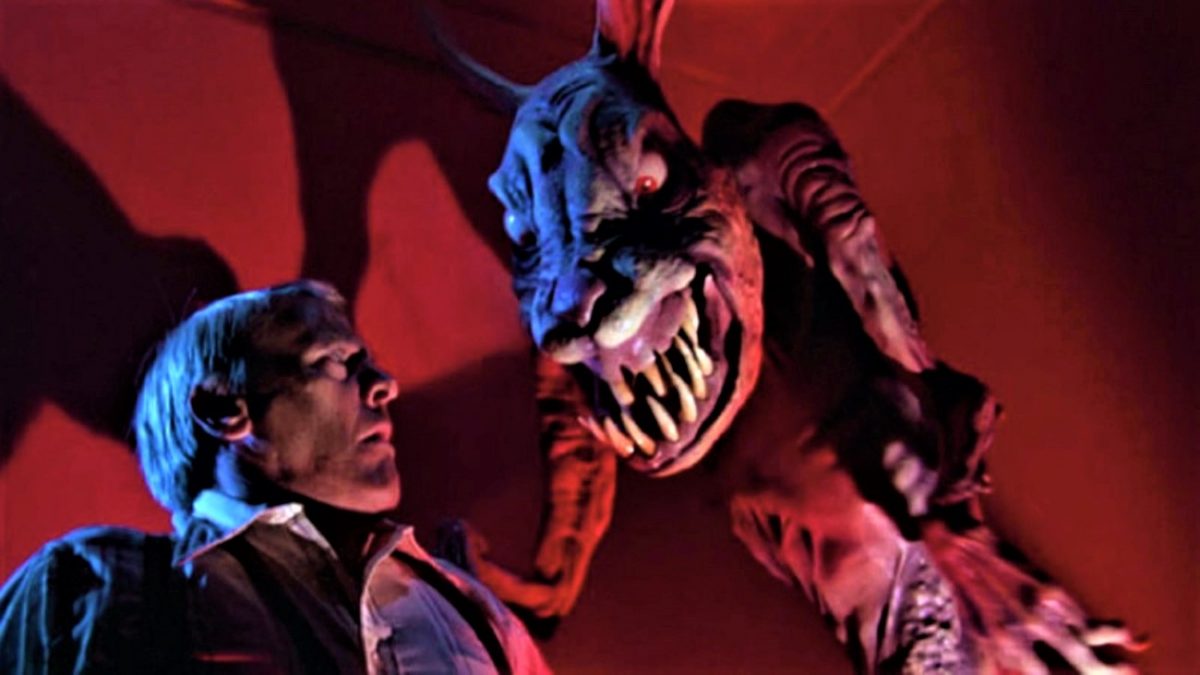 When German Lutheran migrants arrived in Pennsylvania sometime around the early 1700s, they brought with them stories of “Osterhase” the Easter Hare, who would bring eggs to all the good children. The tradition grew and quickly spread across the country until every fucking American knew about the Easter Hare. But the hare was a bit rough and not too cuddly so he was changed into a cute fluffy white rabbit.

What follows is Hollywood stars dressing up as a mix of pagan and religious symbols celebrating Ēostre the goddess of Spring, h₂éwsōs the bringer of light, the Virgin Mary, Jesus Christ, his resurrection, and the Lutheran’s tales of Osterhase. 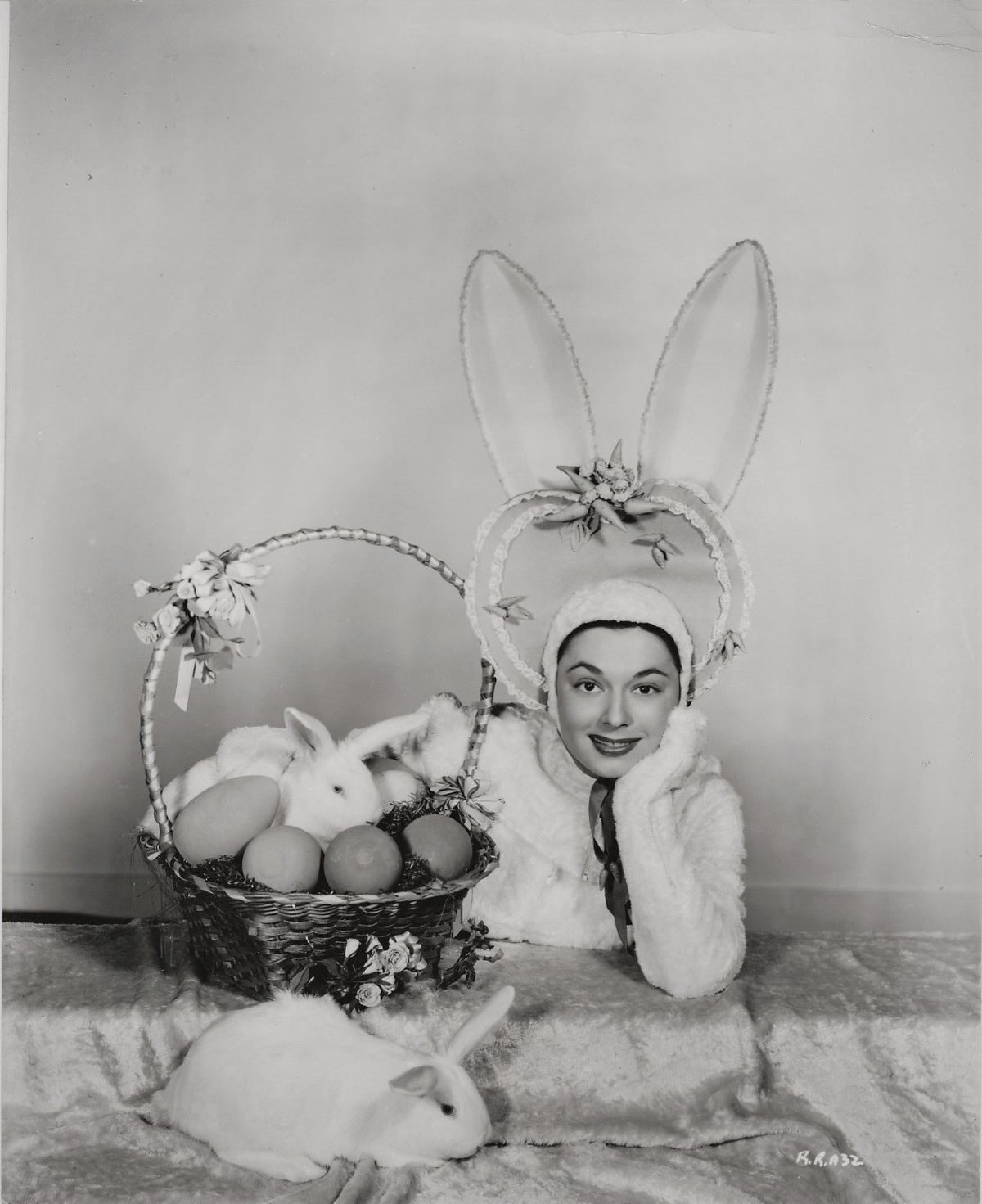 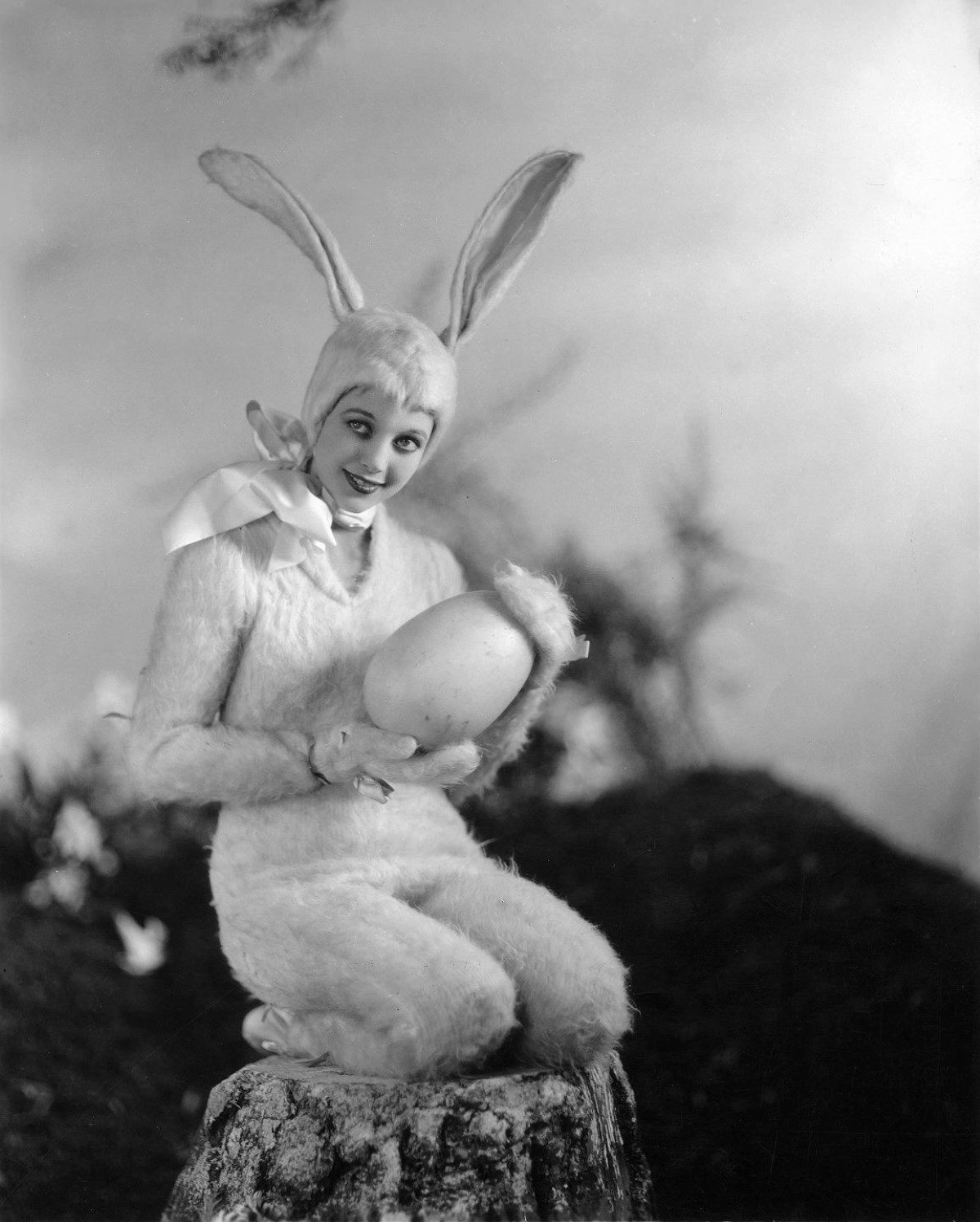 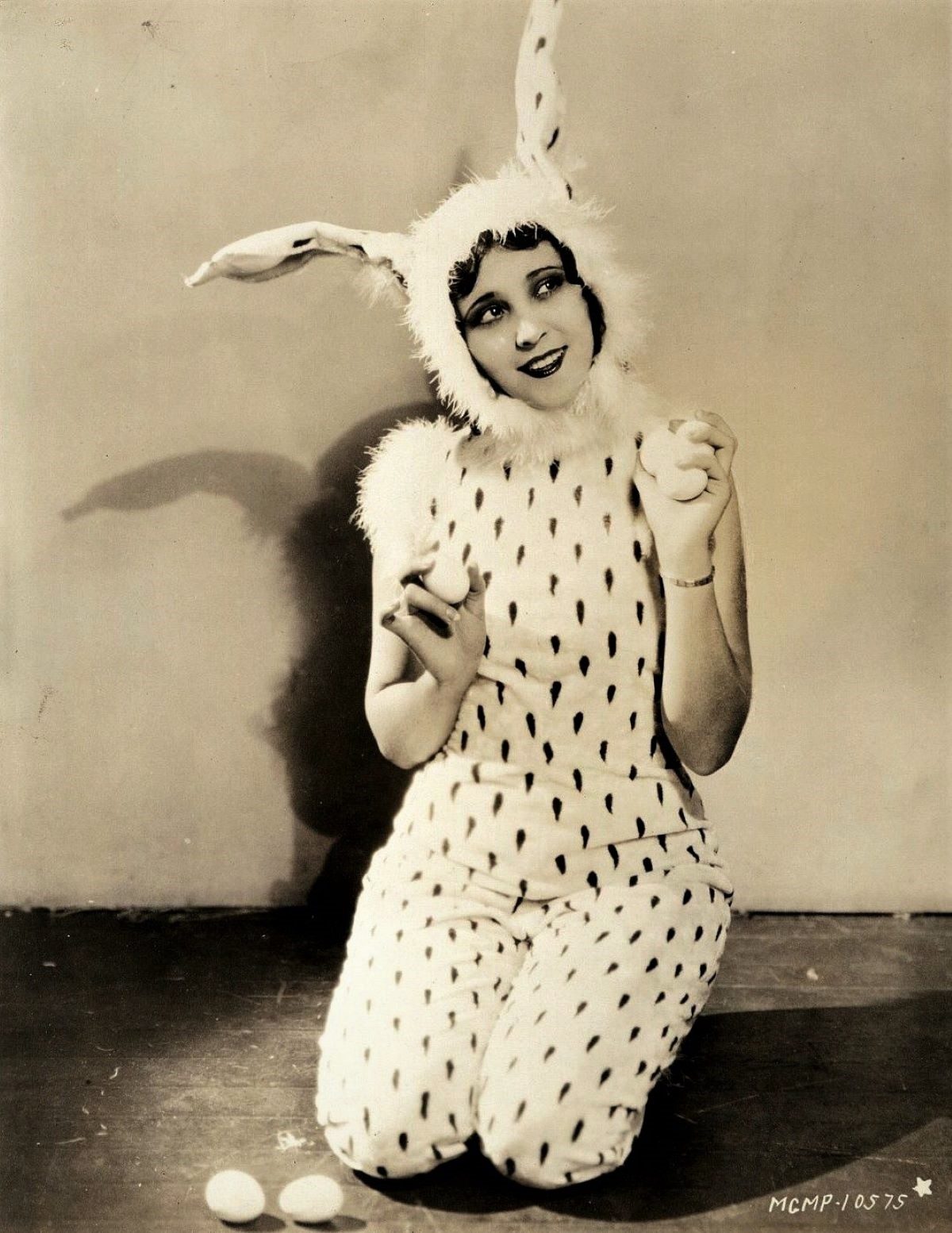 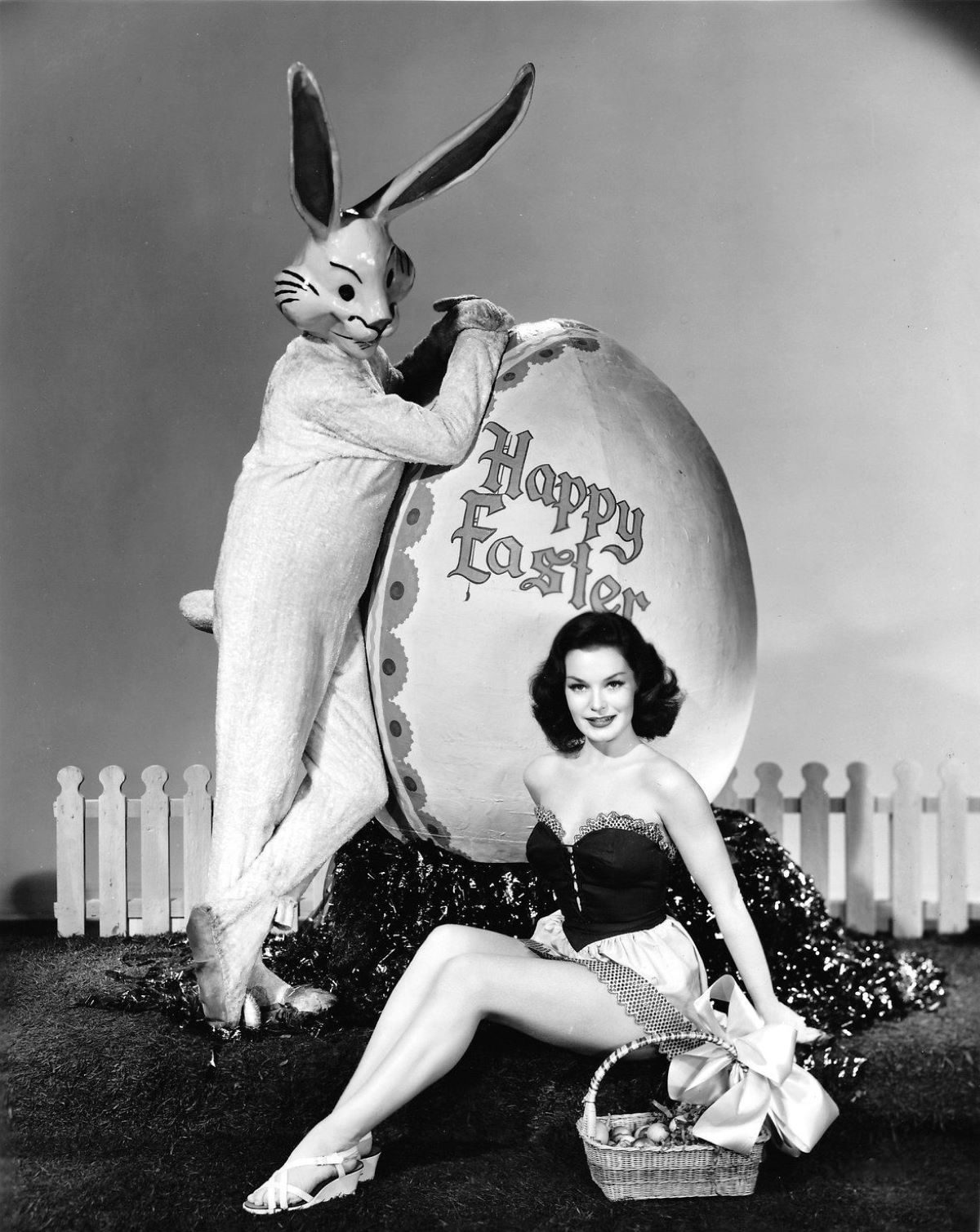 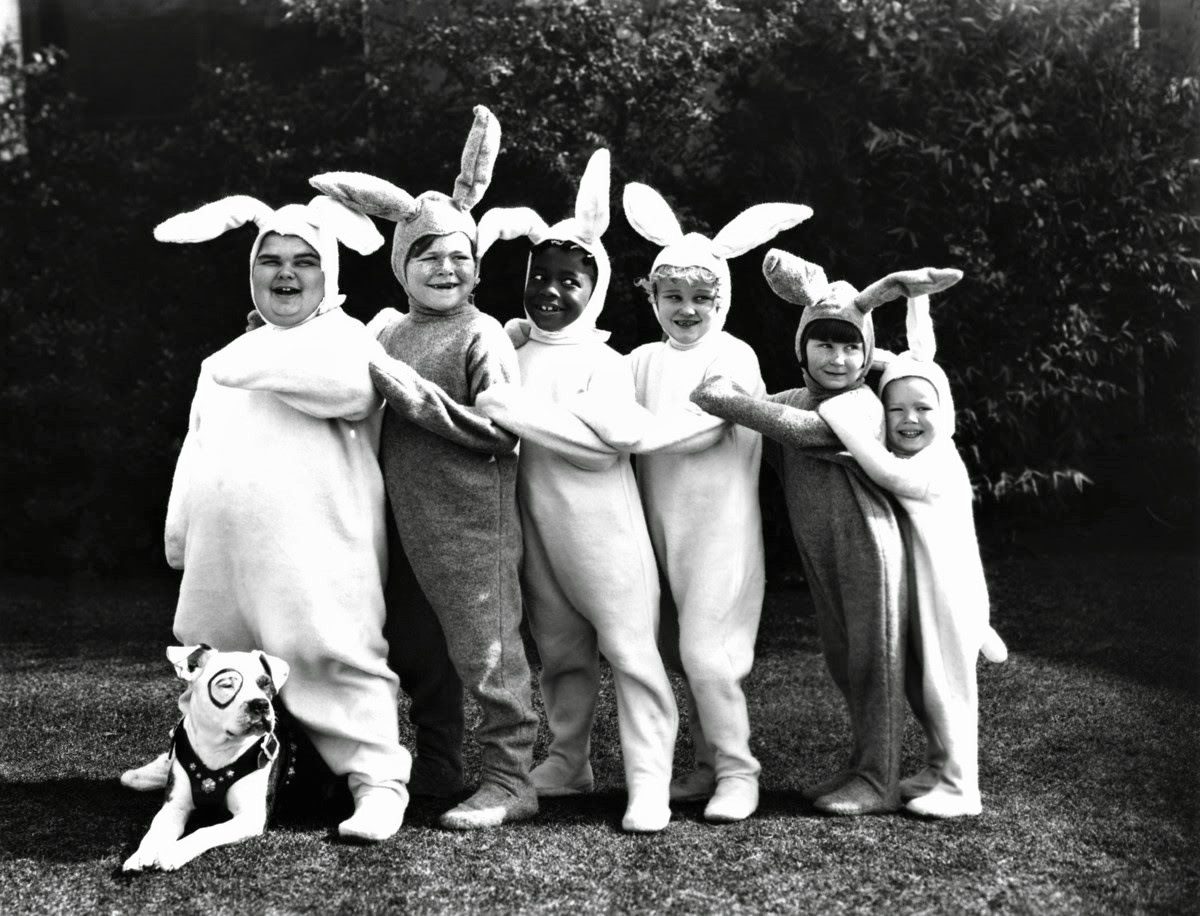 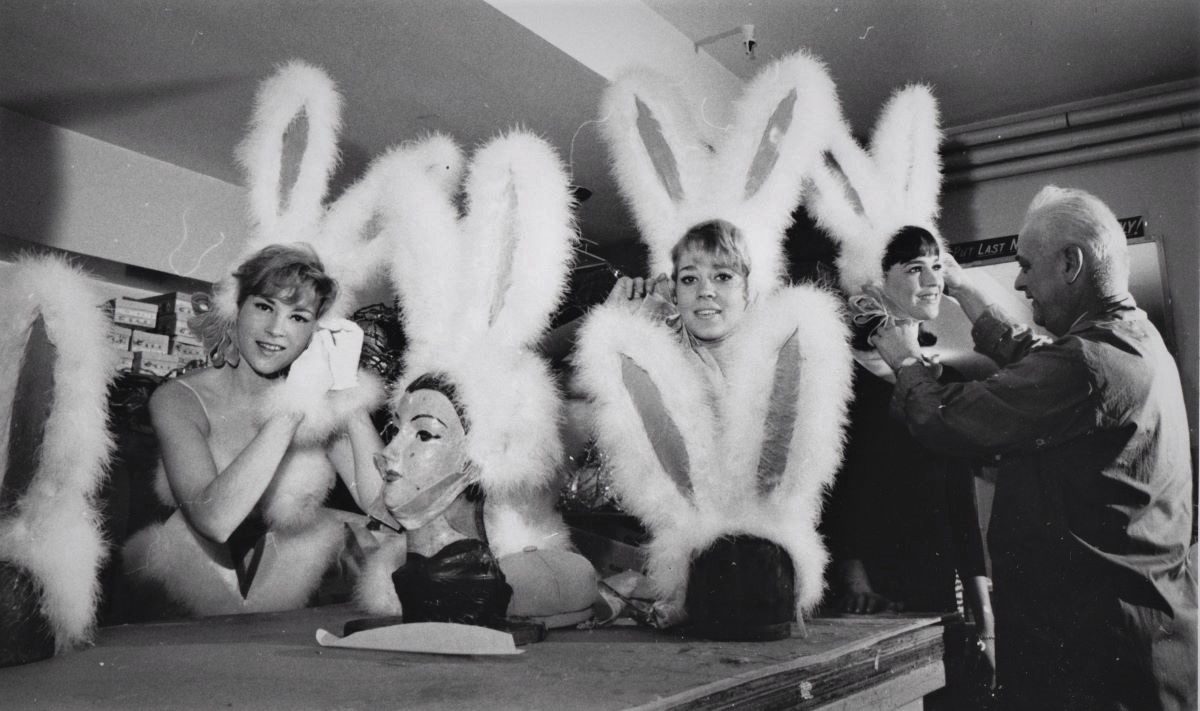 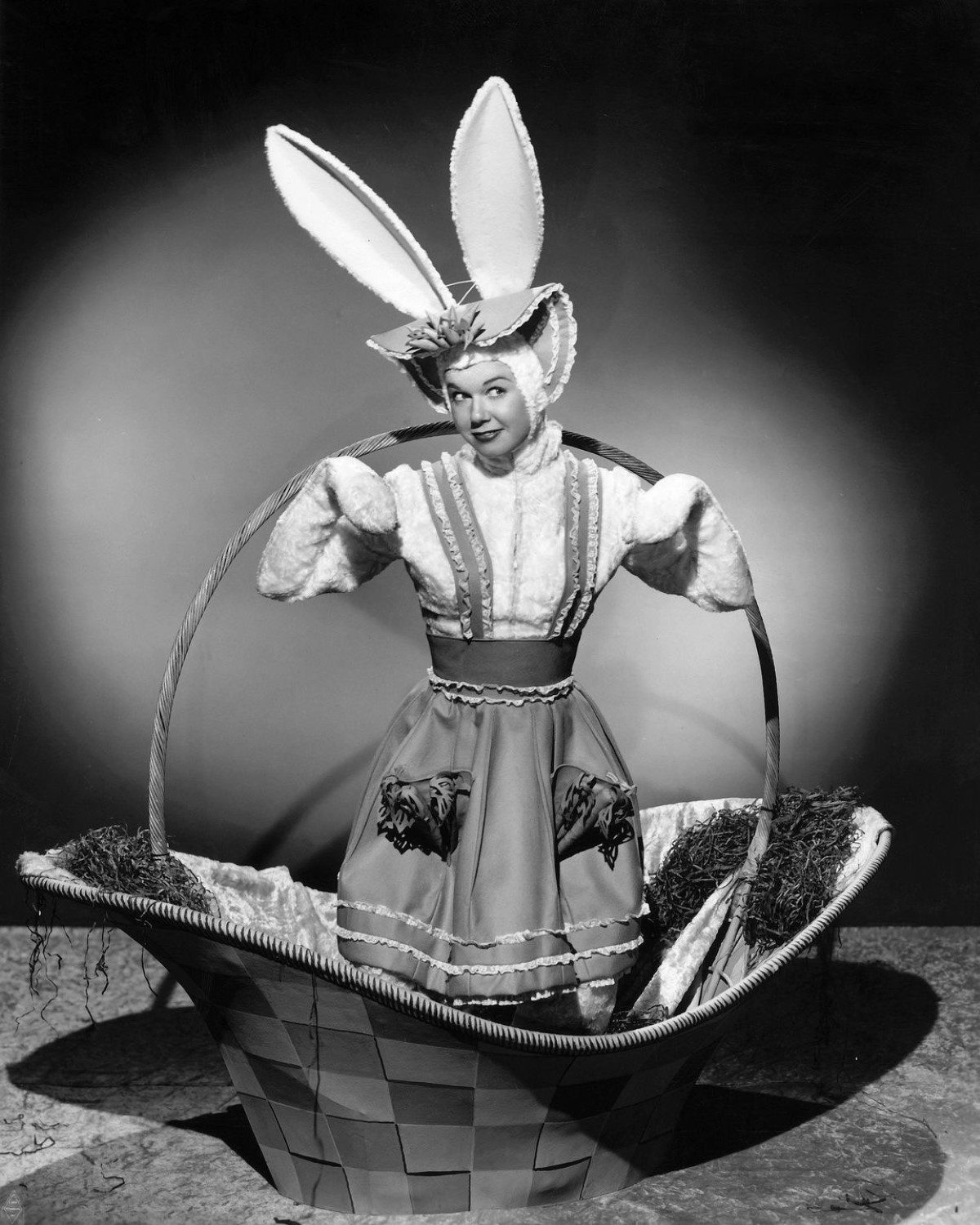 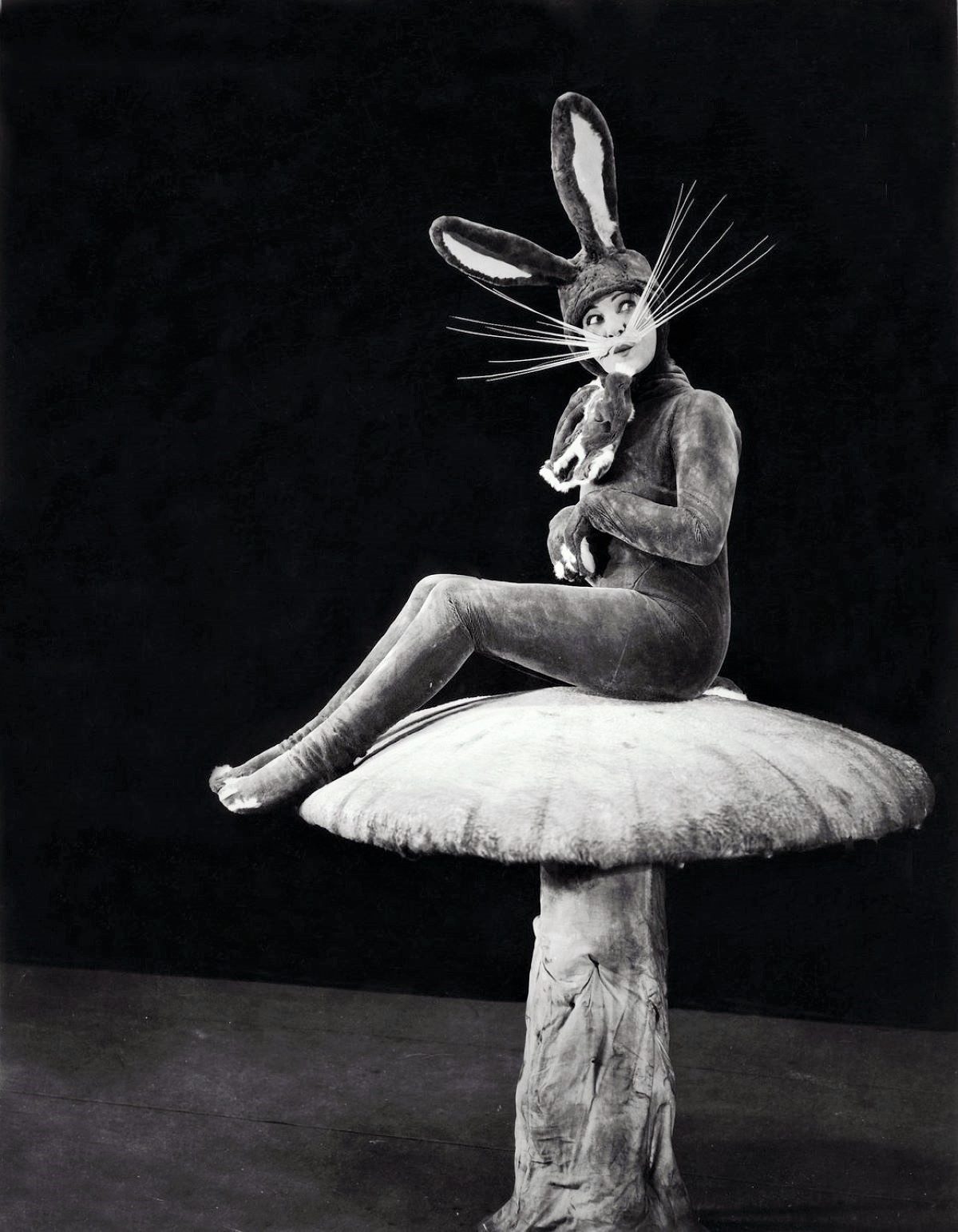 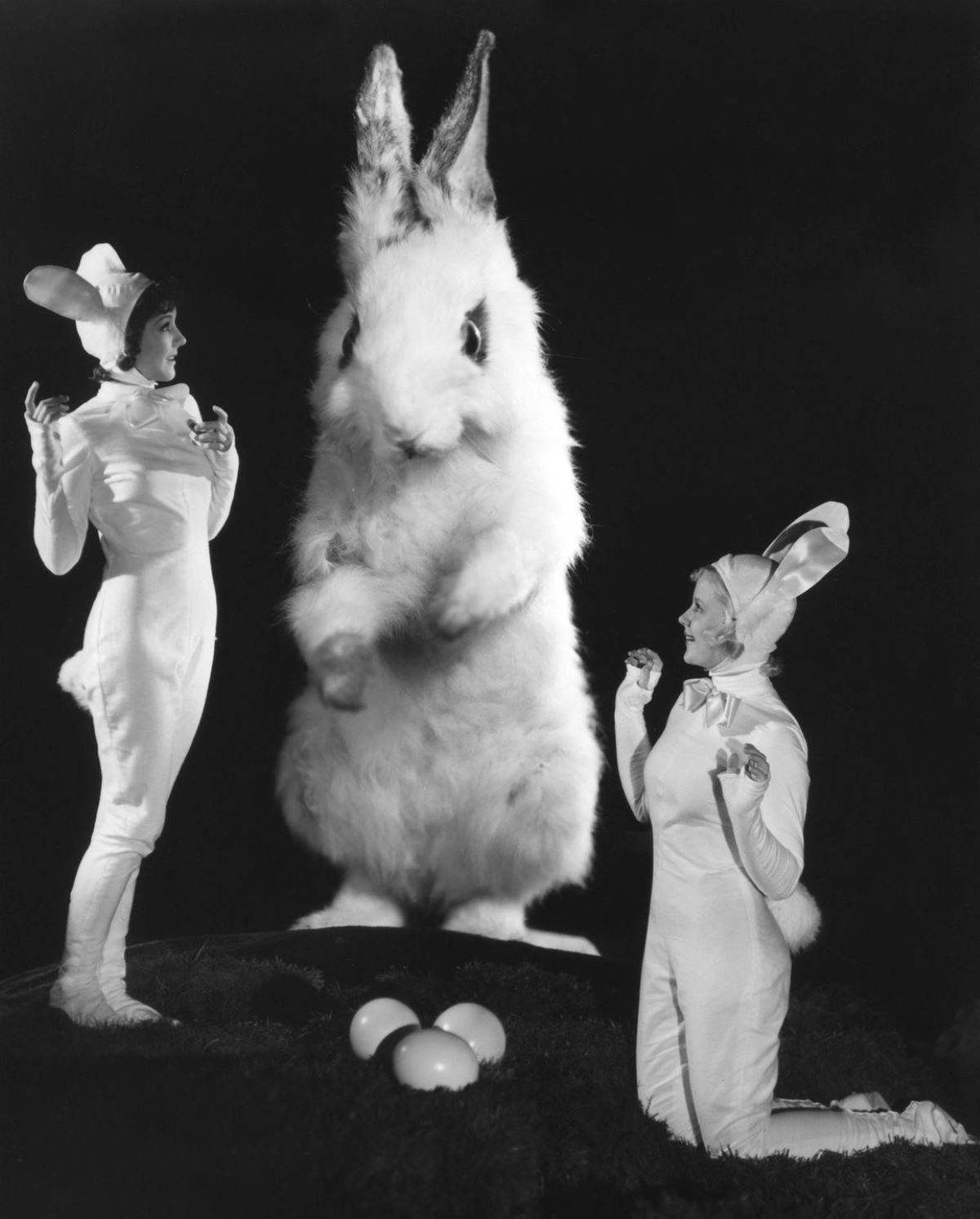 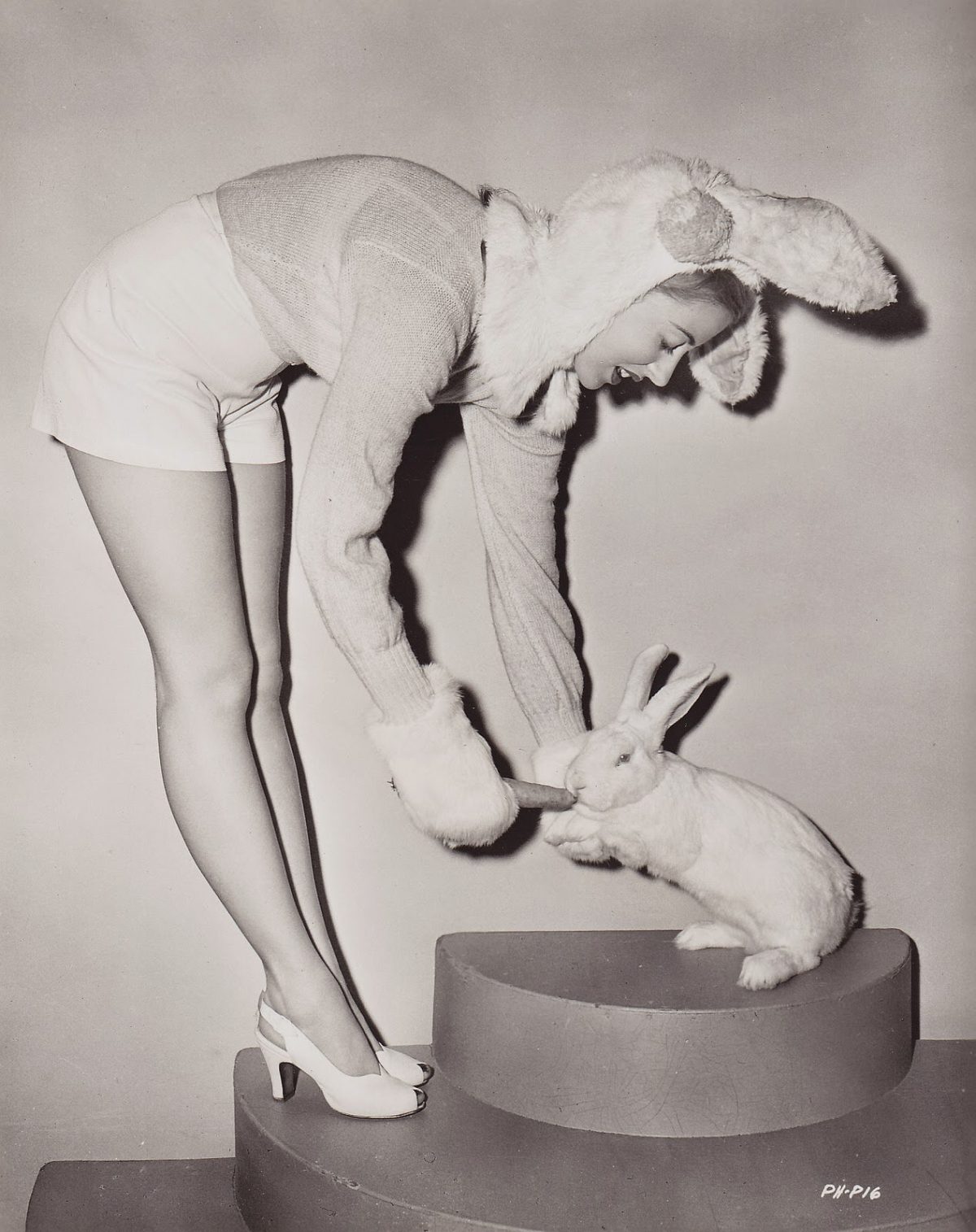 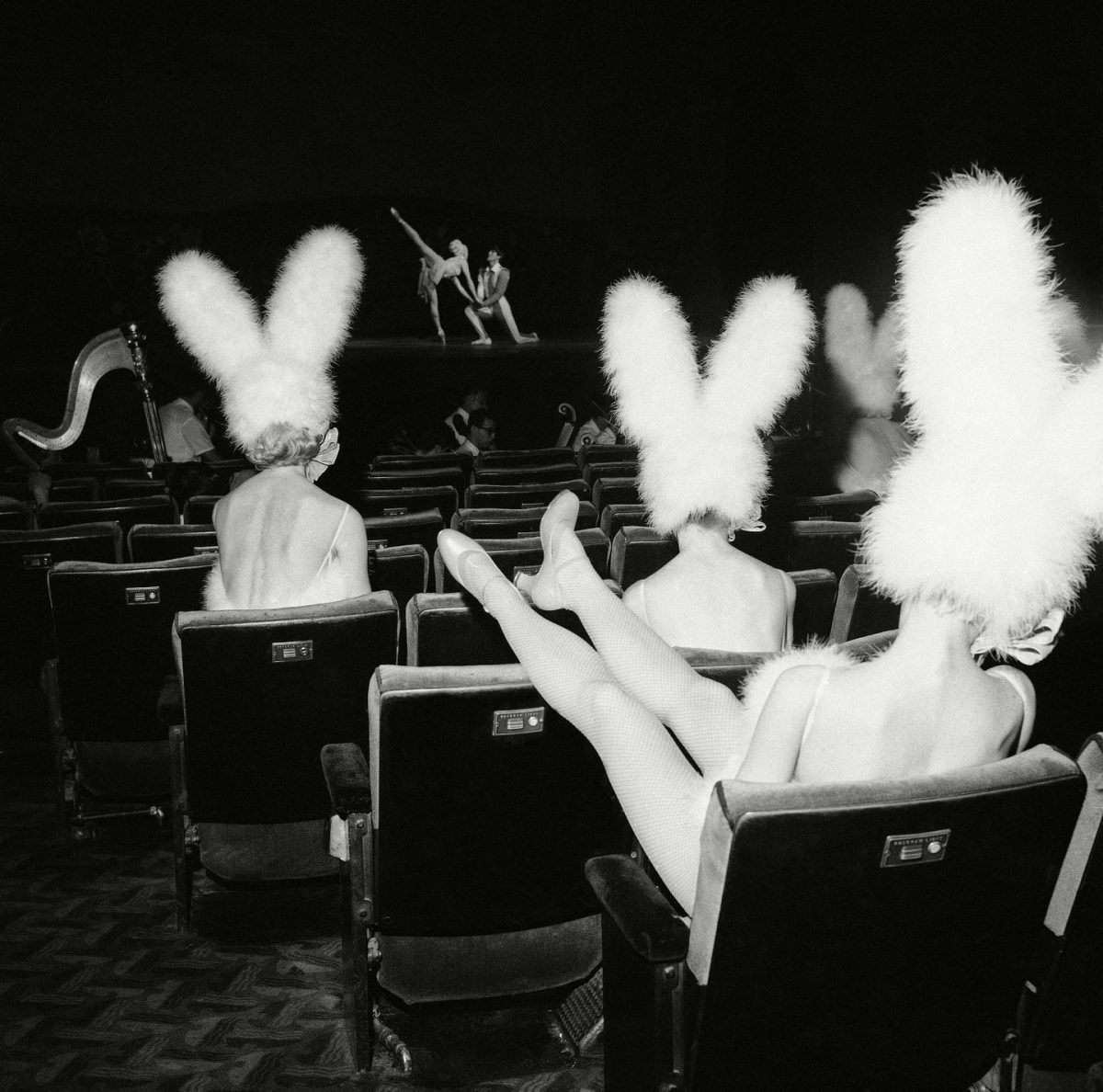