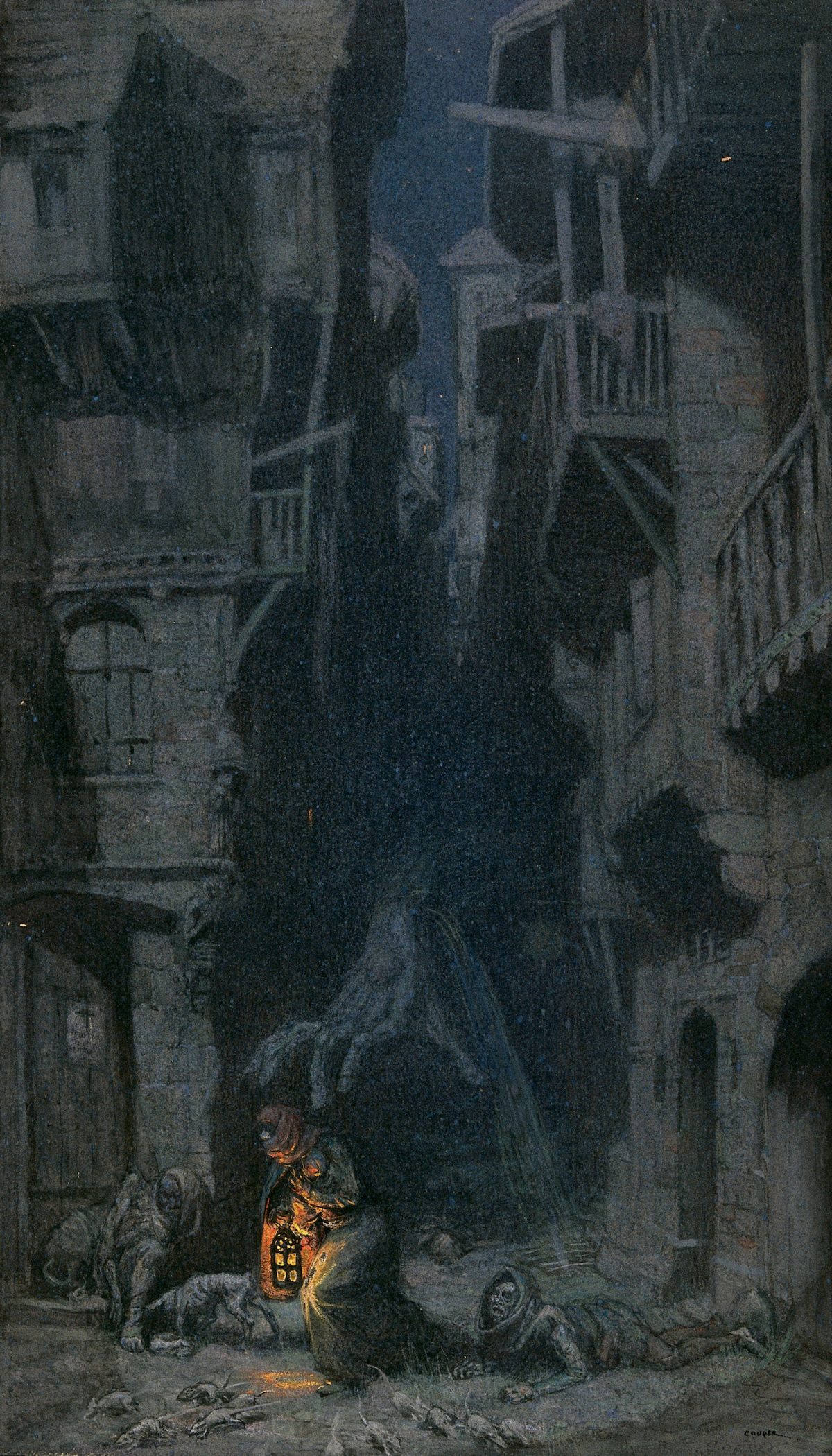 At one point in his life, Richard Tennant Cooper had dreams of some day being recognised as one of the best artists in the world. Let’s be fair, why not the best artist in the world? We all have dreams – but somehow life intervenes. Tennant Cooper had talent, good talent, maybe great talent, maybe not so great. What talent he showed as a young man ended with him painting signs for the AA and supplying commercial illustrations for motor magazines. Why criticise him for that, we all have to live.

But the question remains: what happened to the artist who painted warning posters concerning the pitfalls of disease between 1910 and 1912 and the artist painting ads for car safety? The answer, I suppose (feel free to disagree), was the First World War.

Born and raised in Tonbridge, Kent, Cooper (1885-1957) trained as an artist in Paris. How he got there, I dunno. But he did. And he must have seen something of what was going on artistically in Paris at the turn of the century. Can you imagine being there? The City of Lights at the start of its most incandescent years? Toulouse-Lautrec was not long dead and Henri Matisse and the “Fauves” were burning brightest, soon followed by Braque and Picasso with their Cubist paintings. Yet, Cooper returned to England to paint a series of pictures depicting the horrors of disease.

Cooper’s paintings are dramatic, beautiful and, what some have called, “phantasmagorical.” They owe more to the Decadent Movement (think Félicien Rops) with their fear of disease, in particular sexually transmitted disease. Cooper’s paintings follow that trend of depicting women as temptresses and carriers of syphilis and gonorrhoea – as if men (those lousy fuckers) had nothing to do with sex.

These paintings are powerful and disturbing. They look like they belong in a Victorian handbook warning against the sins of uncleanliness and sexual indulgence. 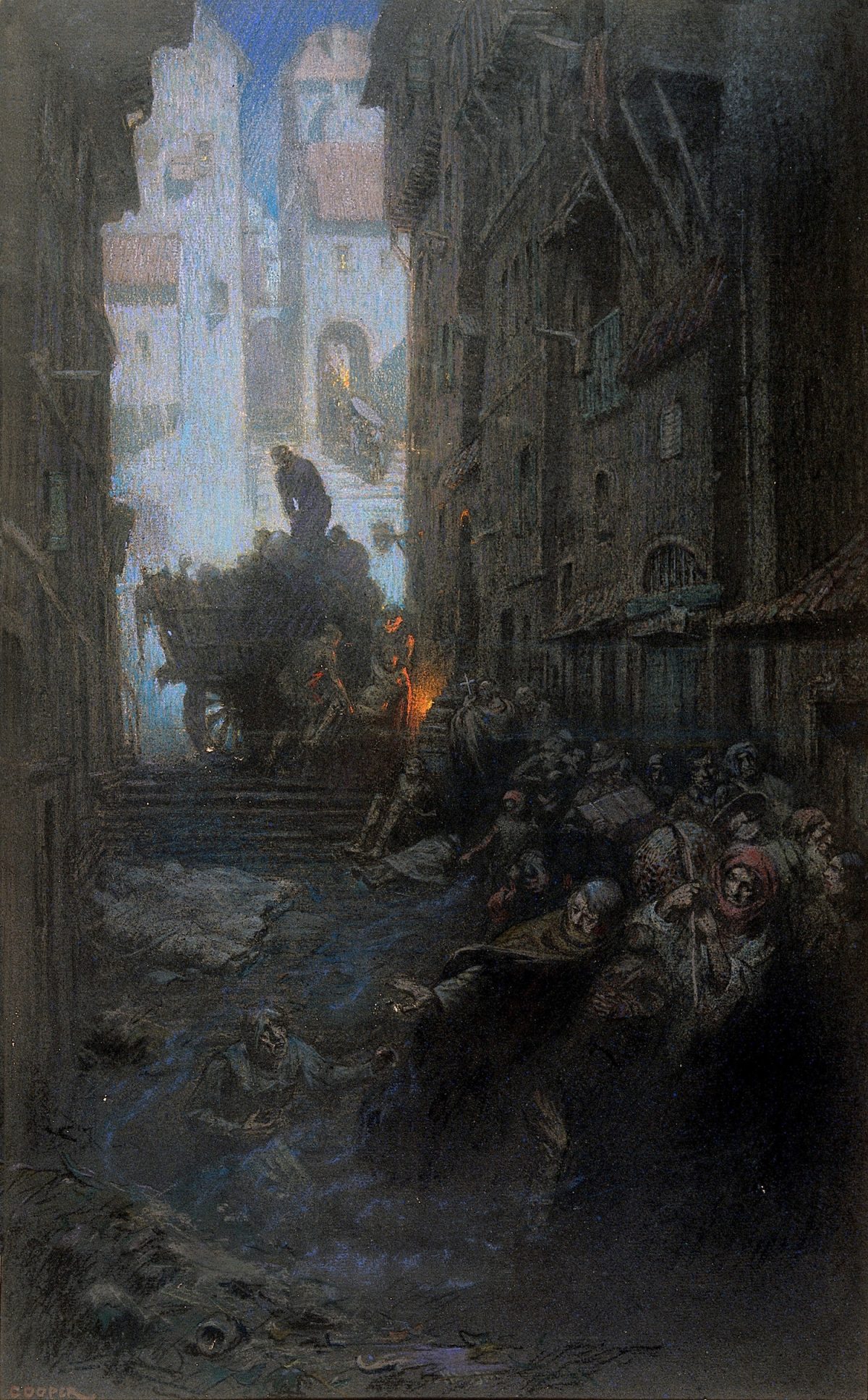 In 1914, Cooper “volunteered as a private in 16th (Service) Battalion (Public Schools), The Duke of Cambridge’s Own (Middlesex Regiment).”

In 1916 he was given a temporary commission as a second lieutenant in the Royal Engineers. He was promoted temporary lieutenant in July 1918 and captain in November that year. His obituary in ‘The Times’ recorded that he was ‘appointed MBE (Military Division) for his source-work on camouflage with Solomon J Solomon RA’, as well as being an ‘official war artist’ for ‘The Graphic’.

Cooper’s paintings of the war are bleak, dark, and utterly soulless. There is no respite. he painted most of them in the 1920s after he had returned from war. He held onto his memories of the carnage and bloody slaughter he had witnessed. How else to explain why he spent the “Roaring Twenties” exorcising his memories of combat?

Perhaps this explains why he eventually moved into commercial art?

Yet, what most people know about Cooper is his paintings of death and disease which appear with frequency on Tumblr accounts and in Tweets by (world-weary) Goths. 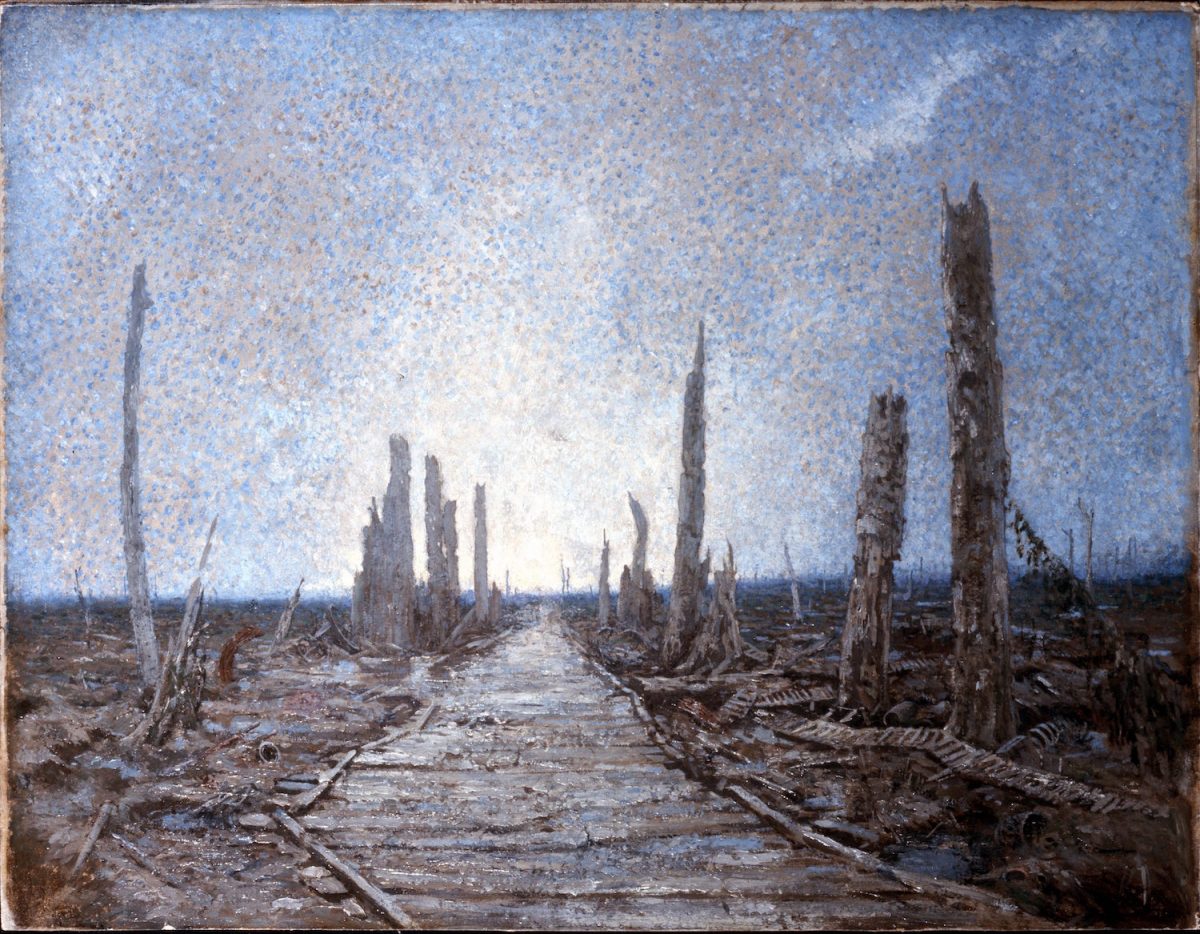 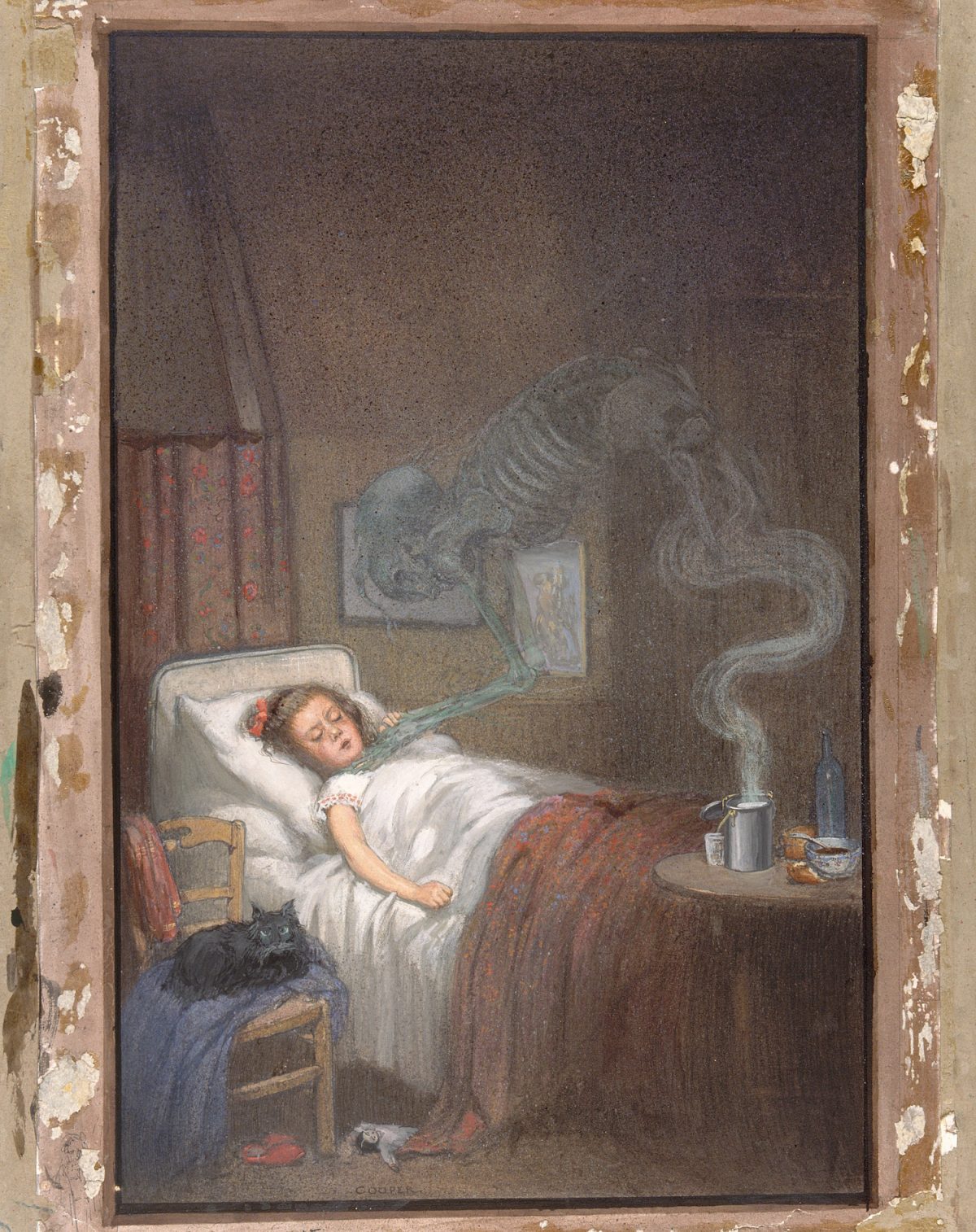 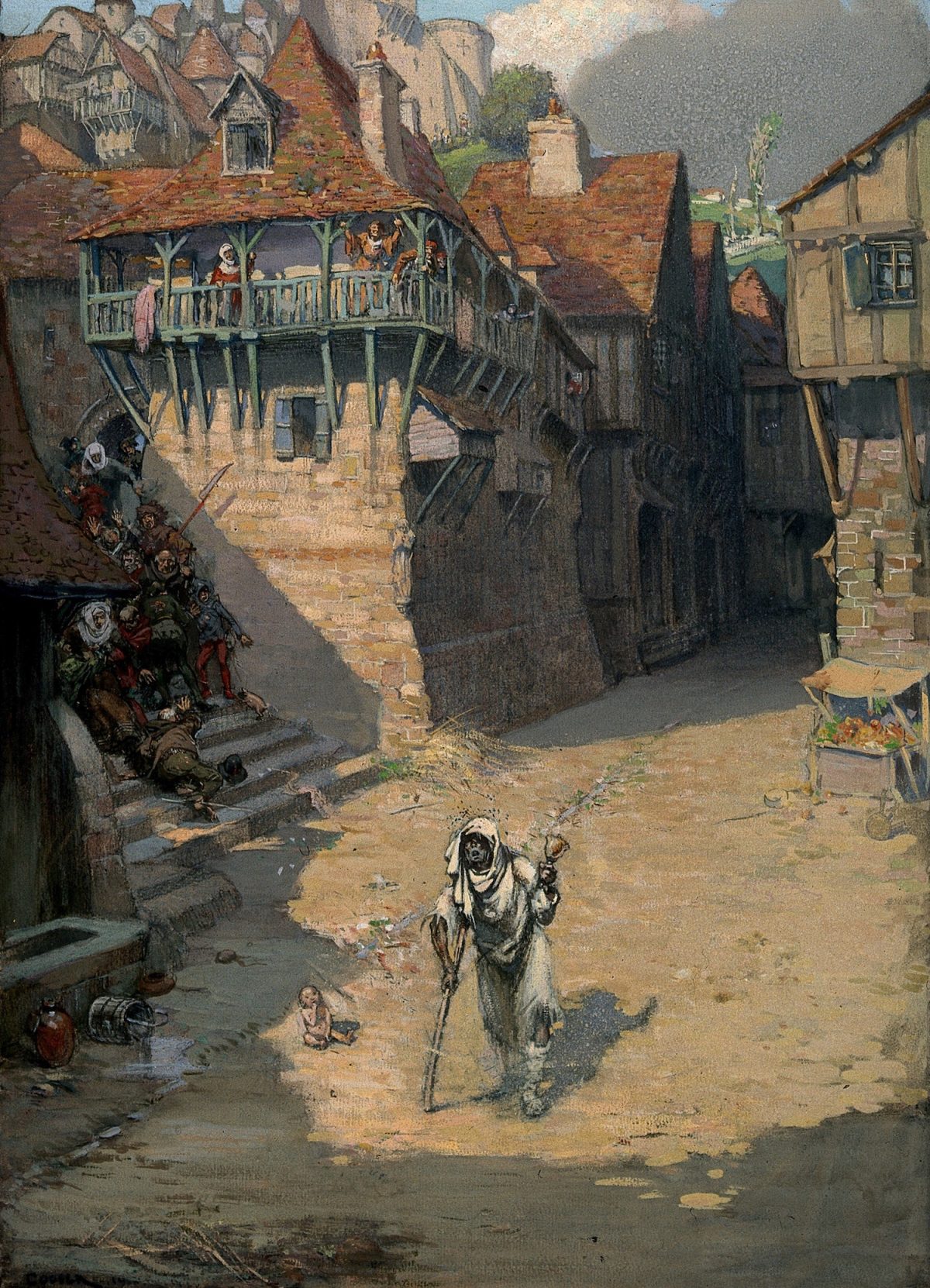 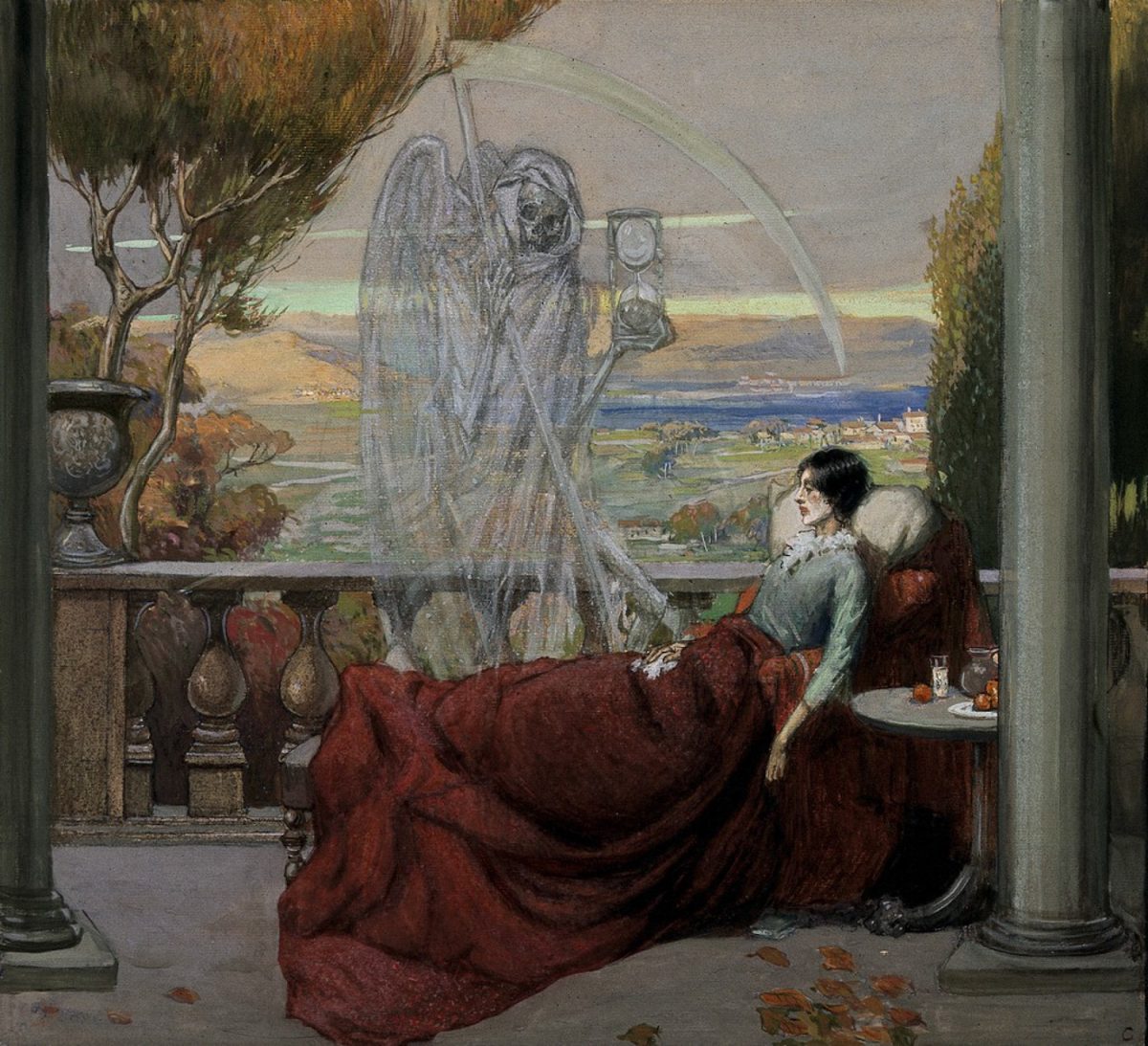 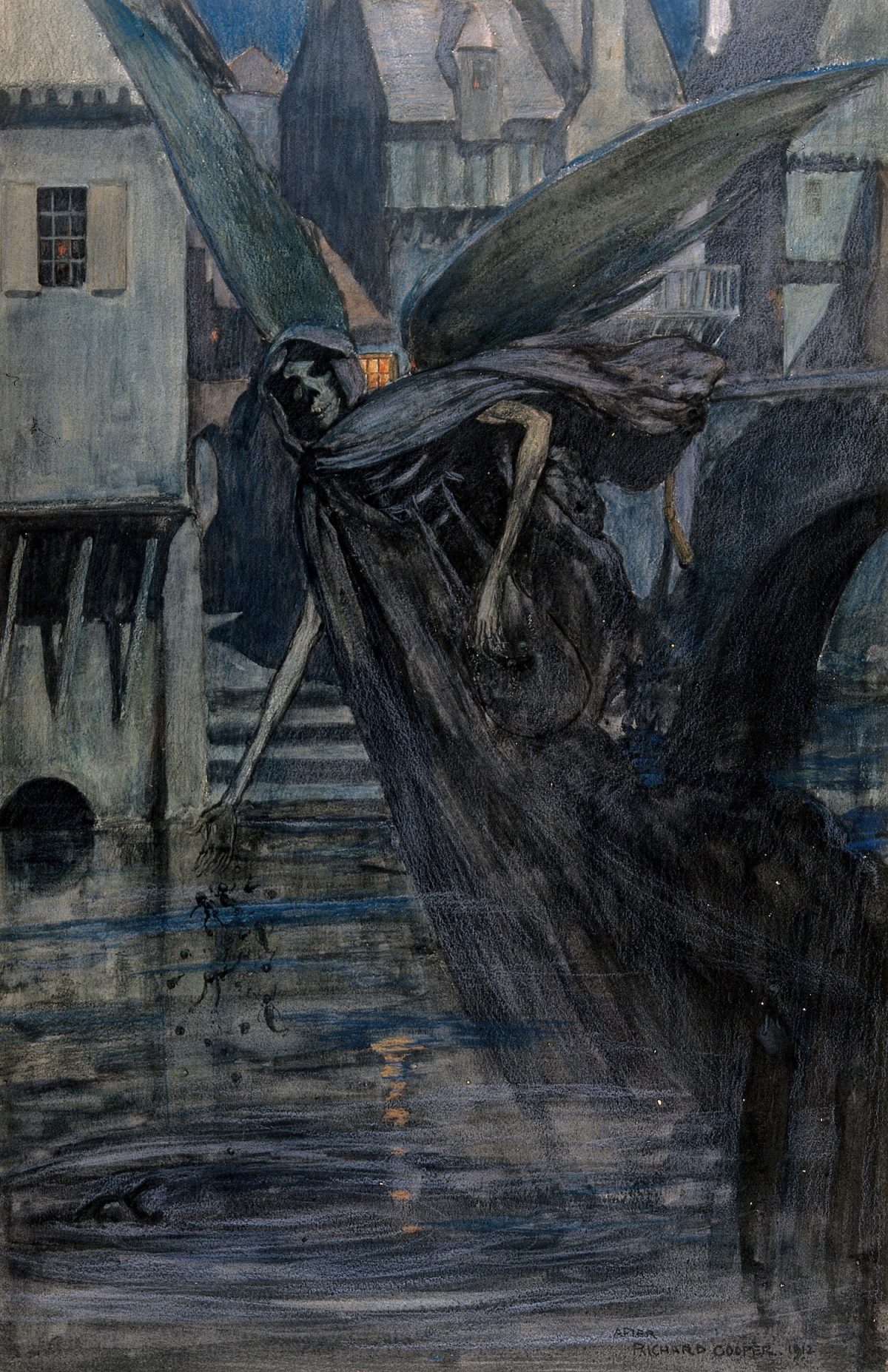 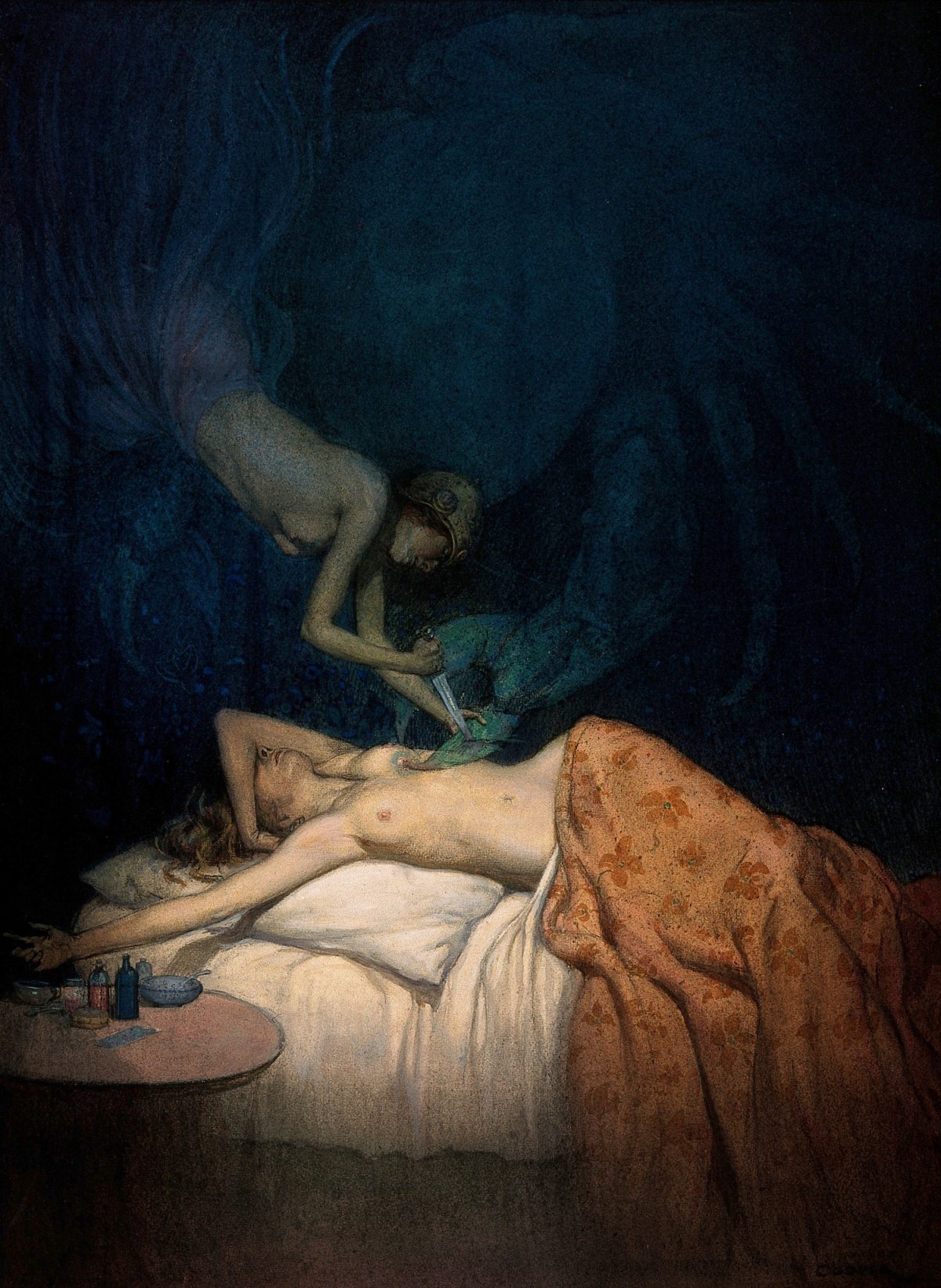 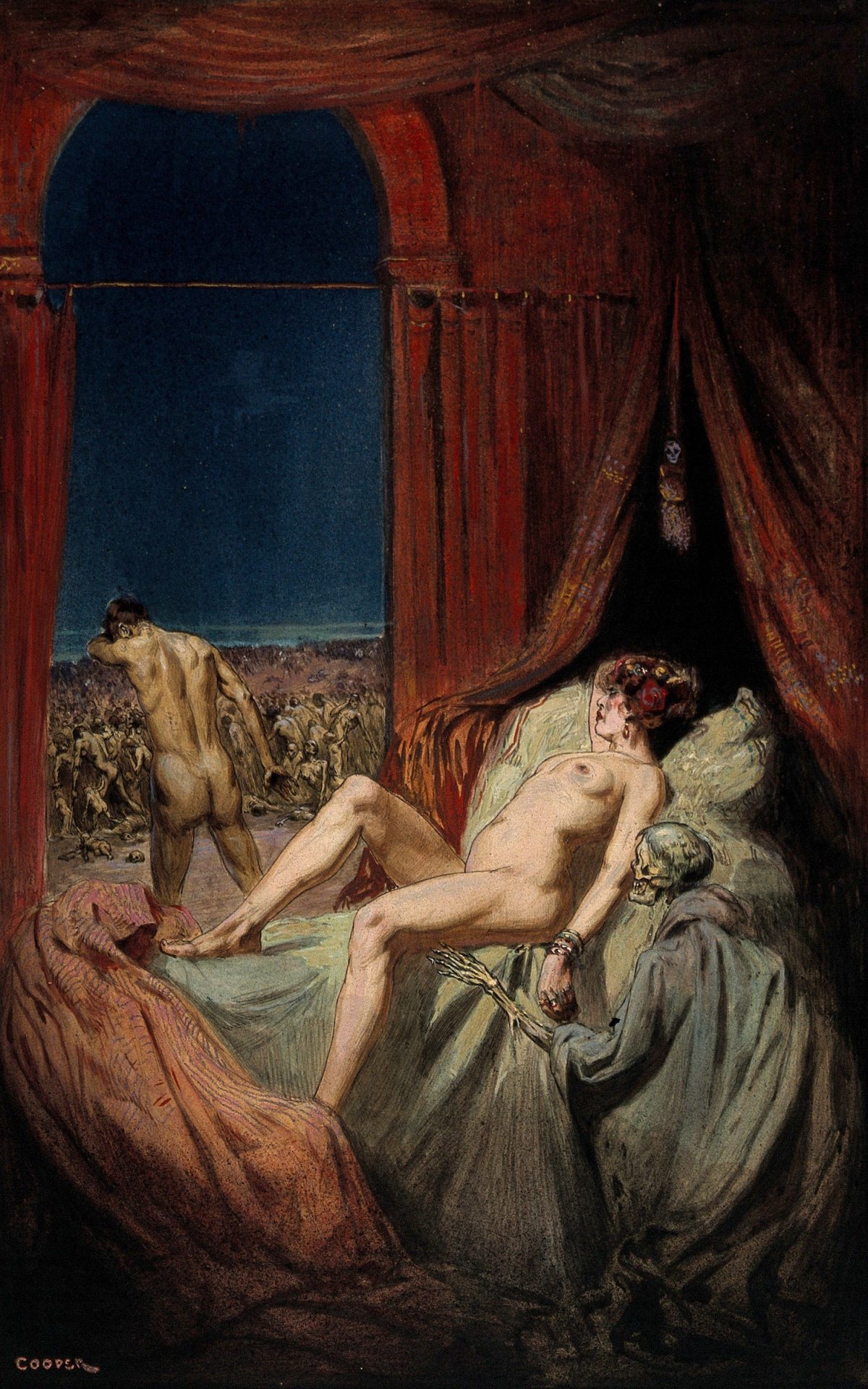