In 1935 Henri Matisse illustrated James Joyce’s Ulysses for the Limited Edition Club in America. As part of his $5,000 stipend, Matisse signed every 1,500 copies of the book he’d never read. Instead of illustrating Joyce’s text, Matisse created six episodes from Homer’s Odyssey, aka Ulysses in Roman mythology. In all the book features 26 plates by Matisse, consisting of six etchings, printed by hand, and twenty lithographic drawings, “made as studies for the etchings, printed on thin colored papers.” 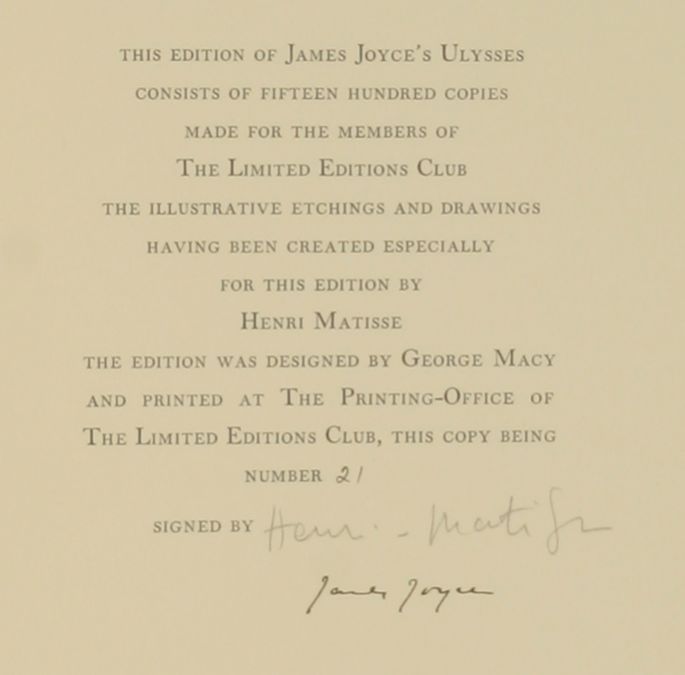 We can forgive Matisse his reluctance to read Joyce’s opus. The book is no easy read. As Swiss psychiatrist Carl Jung wrote: “I had an uncle whose thinking was always to the point. One day he stopped me on the street and asked, “Do you know how the devil tortures the souls in hell?” When I said no, he declared, “He keeps them waiting.” And with that he walked away. This remark occurred to me when I was ploughing through Ulysses for the first time.”

James Joyce signed 250 copies. If you have a copy with both signatures, you possess a cultural curiosity and maestros mash-up. 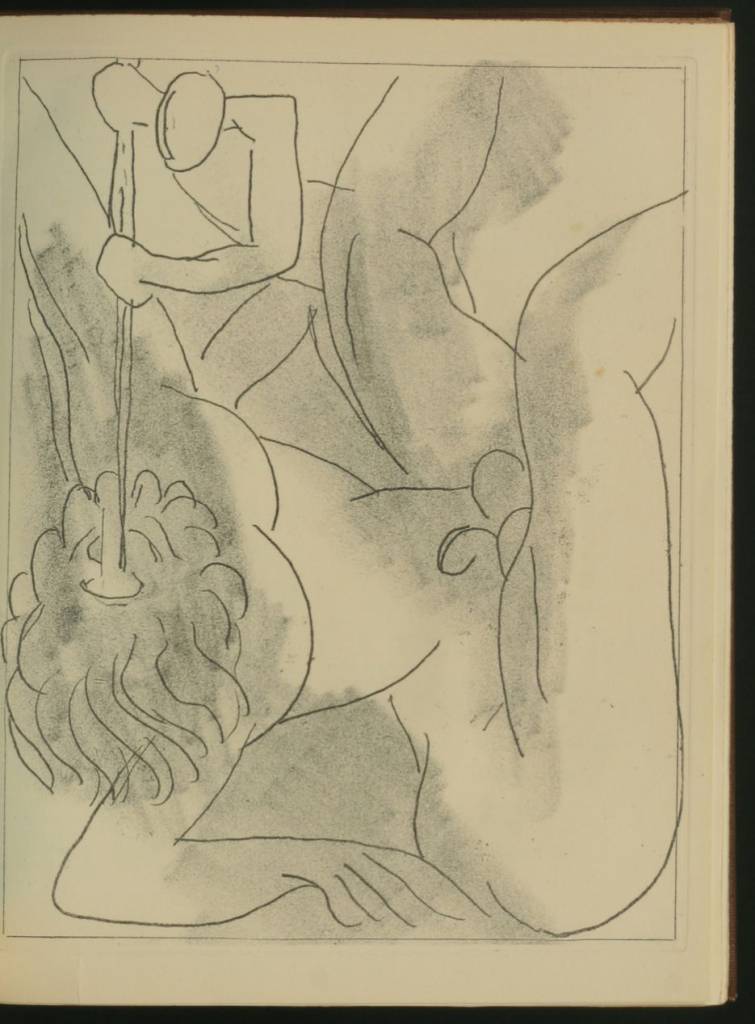 Maria Popova bought one. She says: “I gathered up my year’s worth of lunch money and was able to grab one of the last copies available online – a glorious leather-bound tome with 22-karat gold accents, gilt edges, moire fabric endpapers, and a satin page marker… the Matisse drawings inside it, of course, are the most priceless of its offerings – doubly so because, for all their beauty, they’re a tragicomedy of quasi-collaboration.” 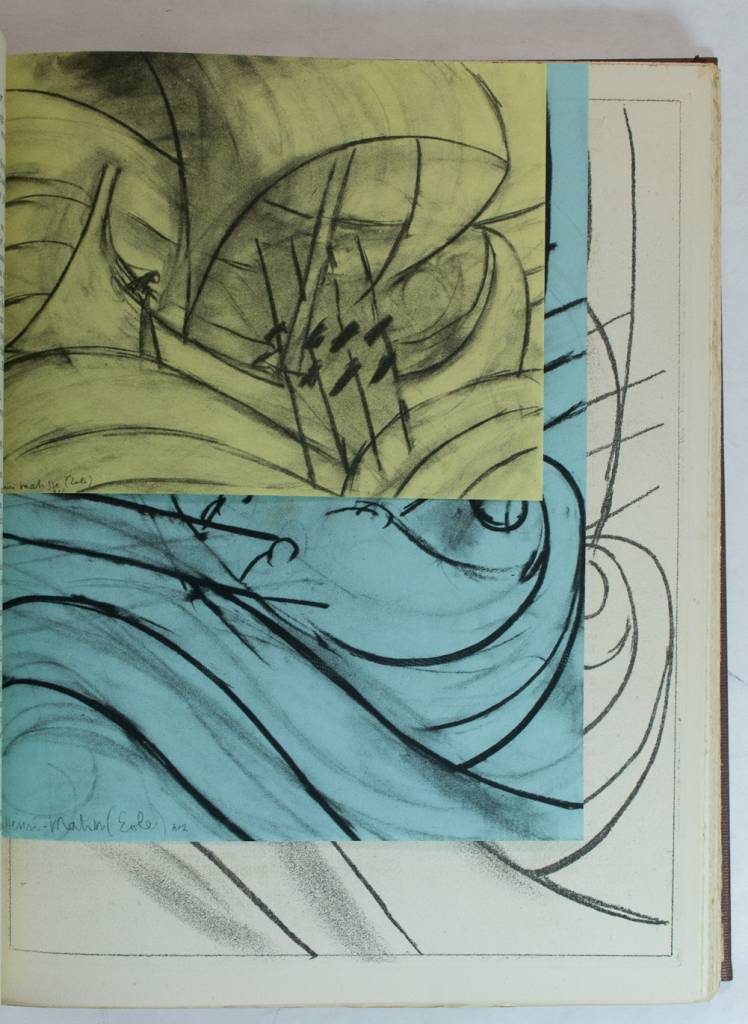 The Limited Editions Club was started in 1929 by George Macy. At age 29, he was an avid reader hoping to make his living from books. The idea was to publish handsomely illustrated classic titles in small quantities; members received books for their dues. The pictures were by illustrators, photographers, and sometimes “fine artists,” such as Henri Matisse, Pablo Picasso, and Grant Wood. Macy frequently used the best designers and printers, including Bruce Rogers and Francis Meynell.

Limited Editions Club was continued by his wife, and then his son, after his death in 1956. In 1970 it was sold, and ownership changed frequently over the next few years. Sidney Shiff acquired it in 1978 and gradually moved towards producing only livres d’artiste. 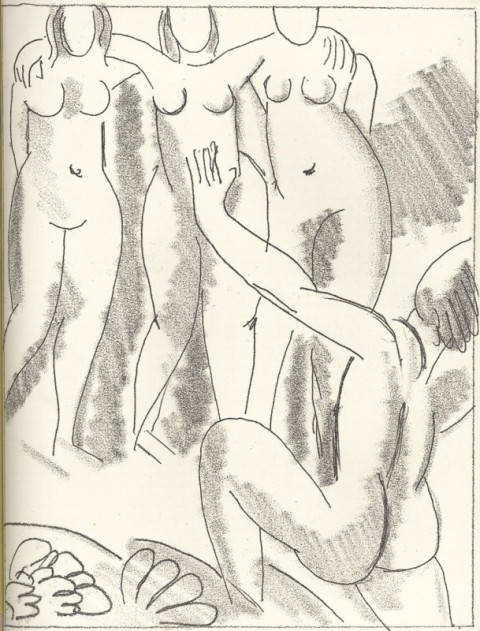 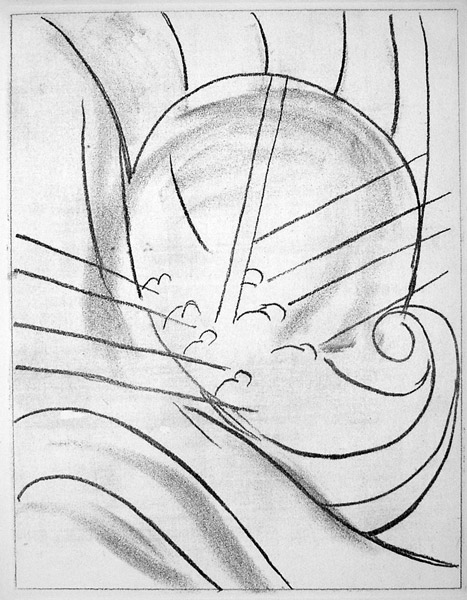 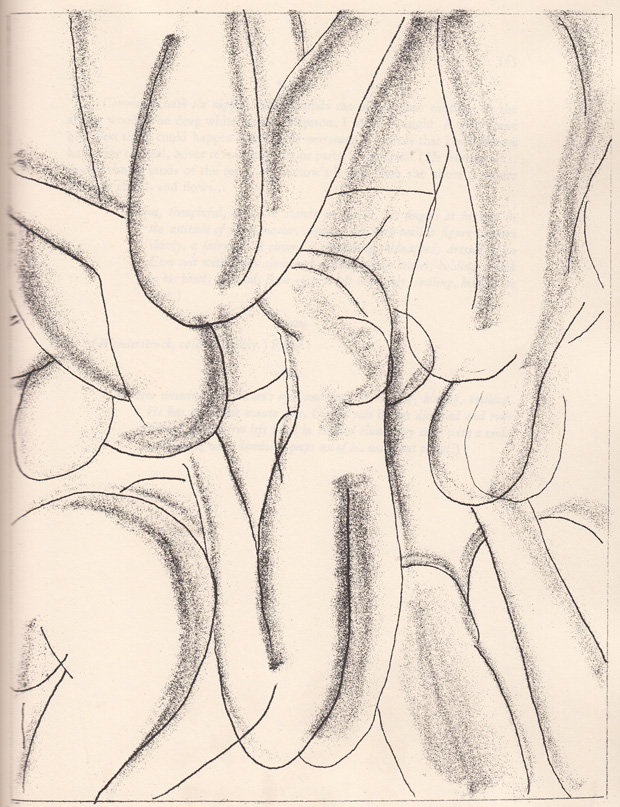 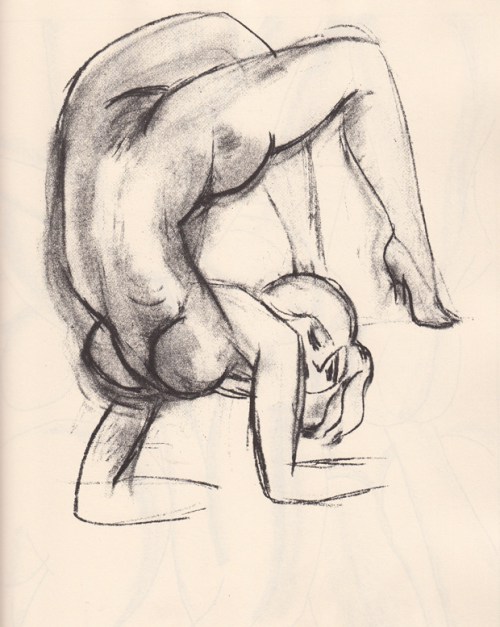 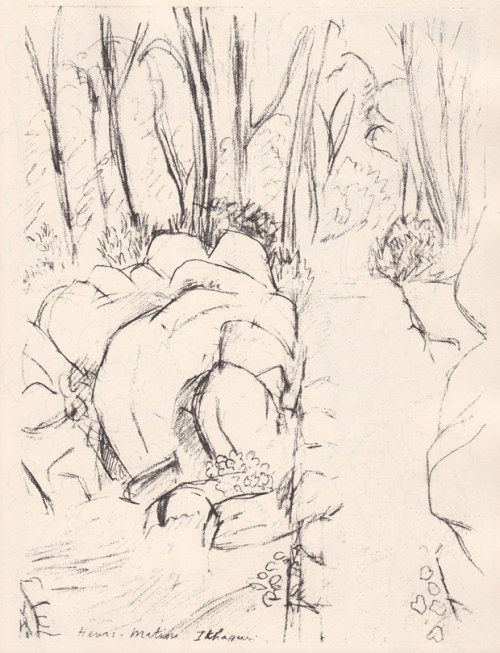 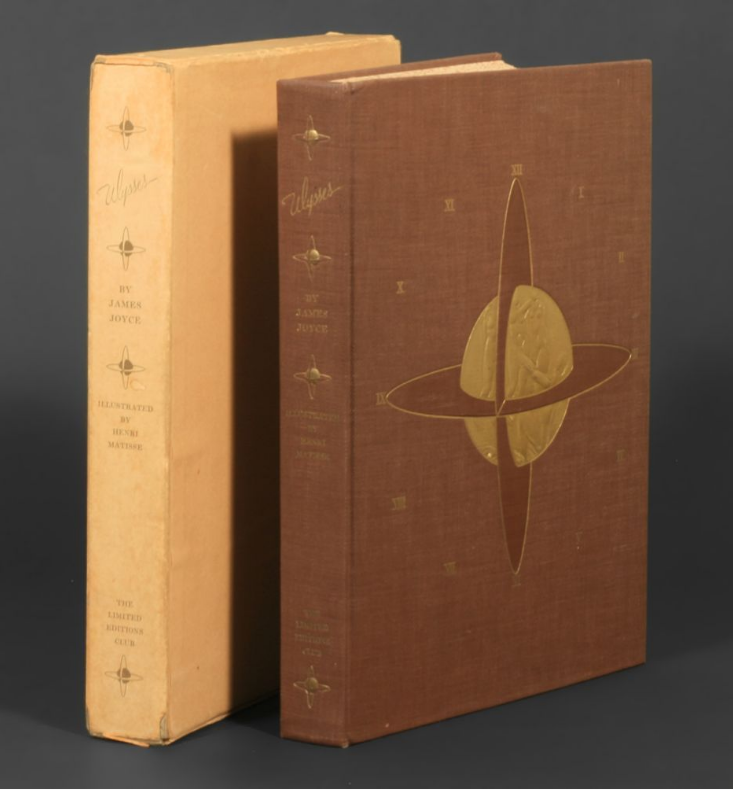 If you’re feeling flush, you can buy the book here.