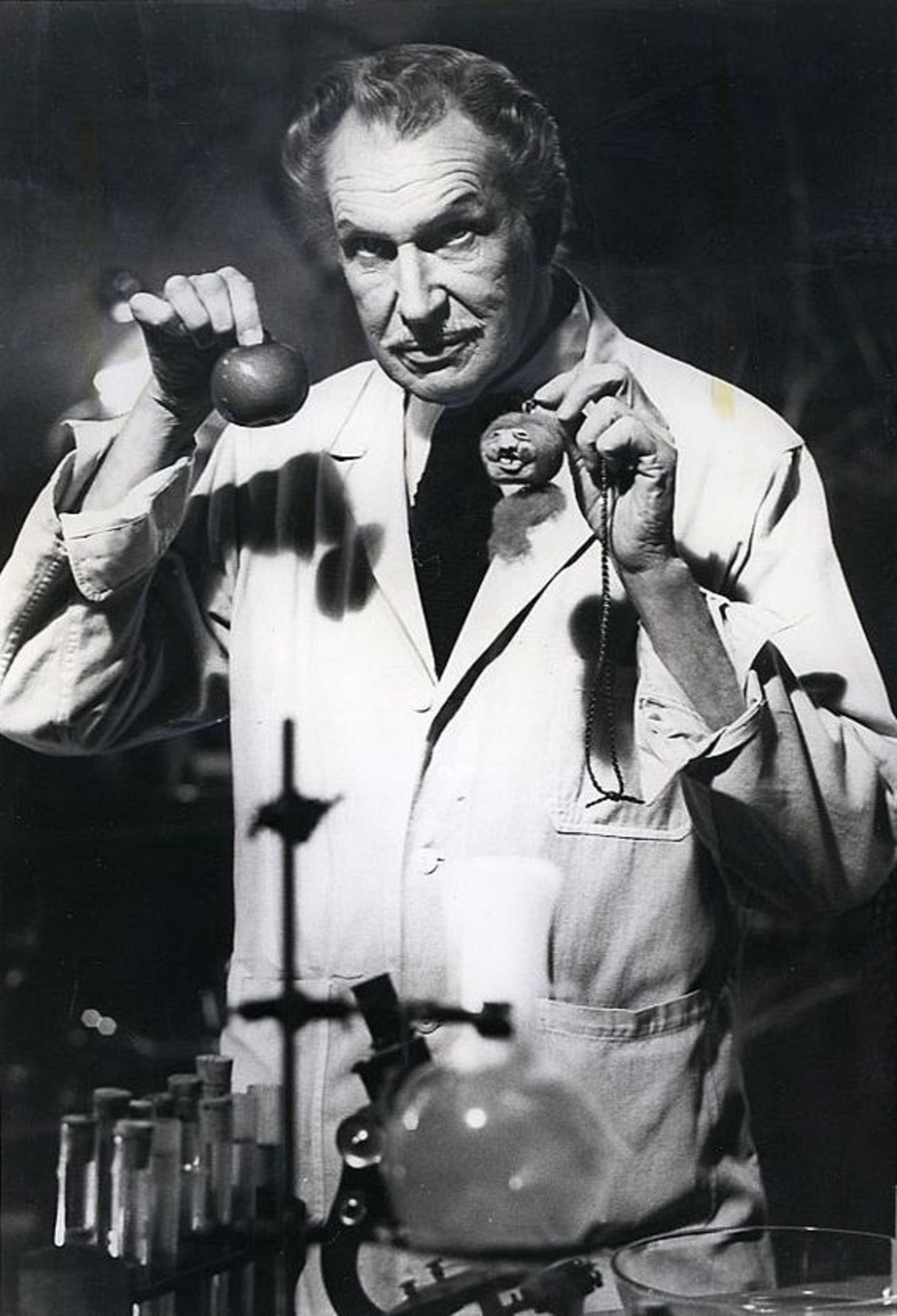 Here’s another crazy toy from the bygone age of the 1970s to remember just in time for Halloween 2016.

In 1975, Whiting (a Milton Bradley Company) released The Shrunken Head Apple Sculpture Kit, and had the good sense to have horror icon Vincent Price advertise it.  The Shrunken Head kit was called a “craft for the whole family.”

Price appeared on the box art, and offered a testimonial of sorts for the product too. 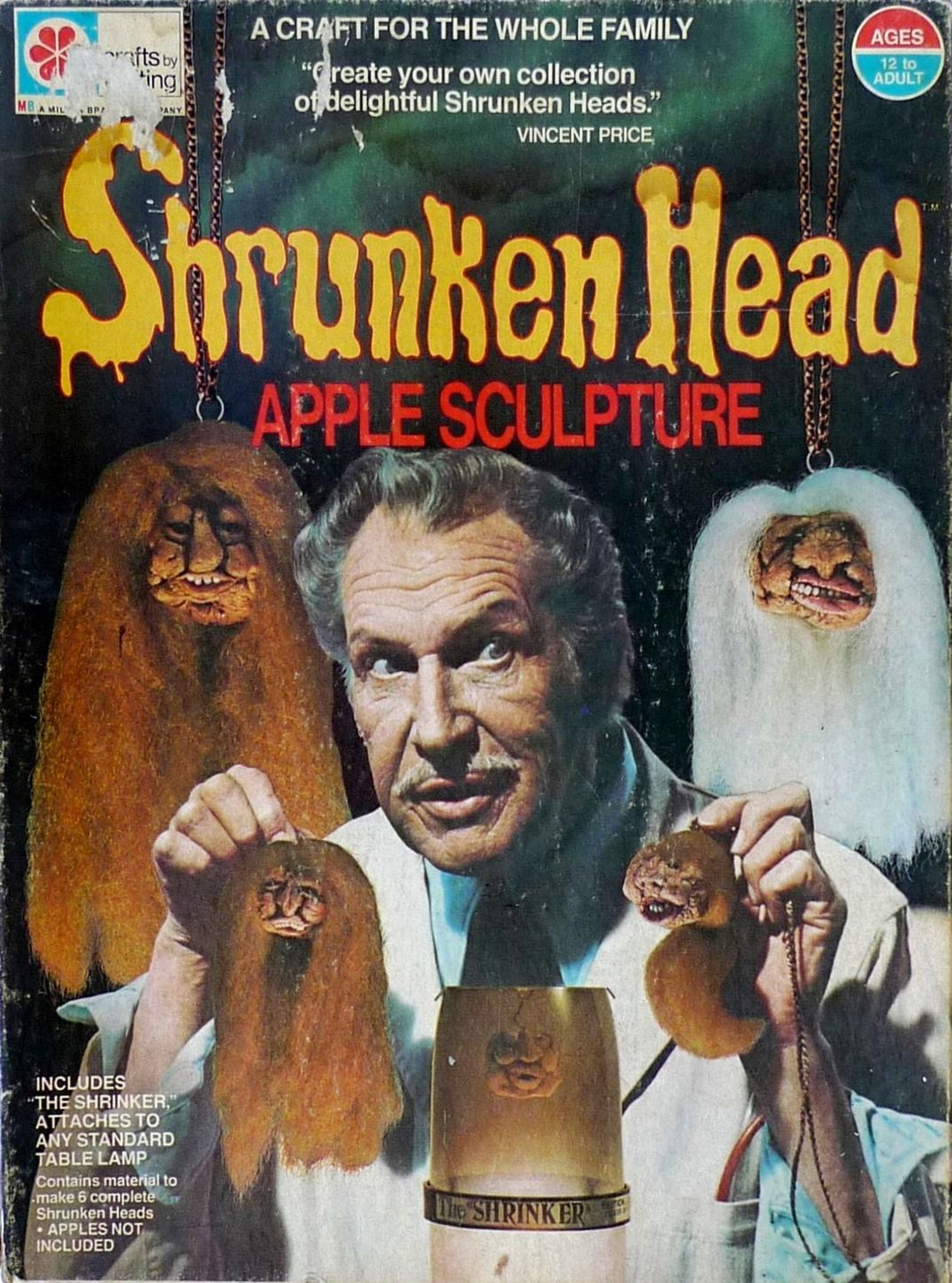 With this kit — which “attaches to any standard table lamp” — any macabre-minded minor could “turn apples into shrunken heads.”

Apples were not actually included with this craft, but the kits came with enough material to decorate six heads.

Basically, you had to bake the apple in the device and thereby shrink them.  “Before you know it,” the promotions promised, “you’ll have shrunken heads hanging from your belt. Or your neck.”

The kit came not only with the heating cone (Termed a “shrinker”), but with beads and hair for decoration.  That just left the carving of the apple face to contemplate and complete.

Horror oriented hobbyists of the disco decade could find this kit wherever toys and crafts were sold.  They were urged to simply look for “Vincent Price’s pretty face on the cover” of the box. 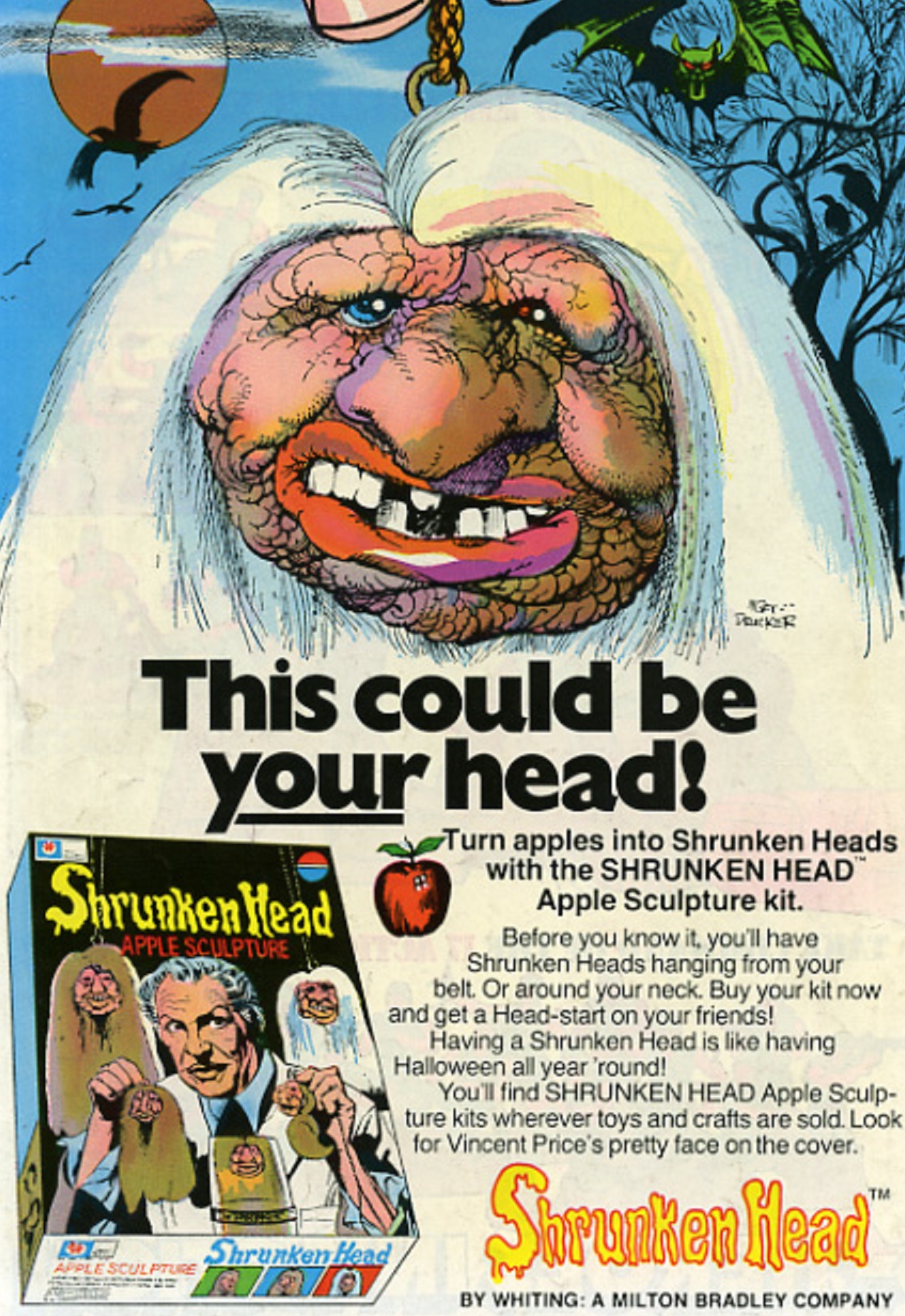