When English soccer team Coventry City took on Burnley in the League Cup on September 7th 1971, the match-day programme was nothing short of wondrous. The Sky Blues (Coventry) lost the match 0-1.  But the club deserves plaudits for producing a magazine (price: 5p) rich in content and epitomising the early 1970s. It is a heritage item. The programme begins with a familiar tableau: the player dressed in his club’s kit, although Burnley’s Waldron appears to be wearing the ball as one might sport a novelty hat for Ladies Day at Ascot. Thereafter things become unusual. Features to notice: a holiday competition, in which entrants need to shuffle pictures of six women featured in a Danish erotica-style advert (each bikini-clad ‘girl’ would appear on the programme’s next six issues) in the order of most to least shaggable (the holiday’s destination is unspecified – so look out Nottingham!); a dot-to-dot contest seemingly aimed at normalising impetigo; fun ads for ciggies, sexual encounters via train travel, starter homes and tankards; and the greatest column ever written in a football programme: Jan Fairries’ notes on ‘High Fashion’. She hones in on The House of Norman Hartnell, the British designer famous for designing Queen’s Elizabeth’s coronation dress in 1953. Good enough for the Queen, and surely good enough for the Sky Blues, who following defeat would have looked just the ticket leaving the field “veiled in Chiffon”. 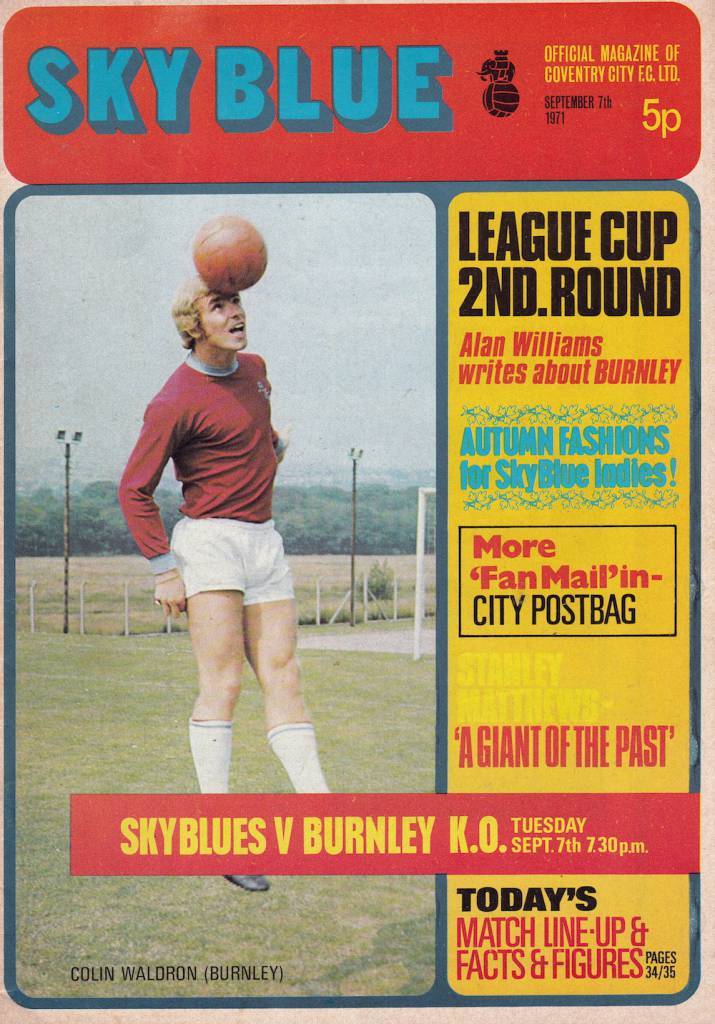 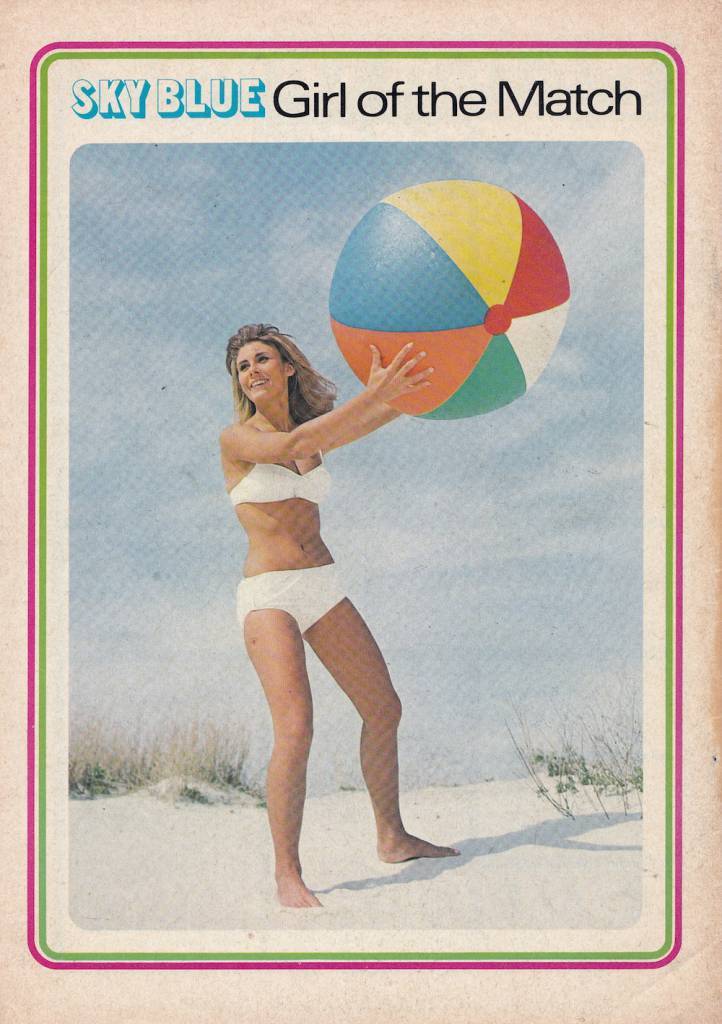 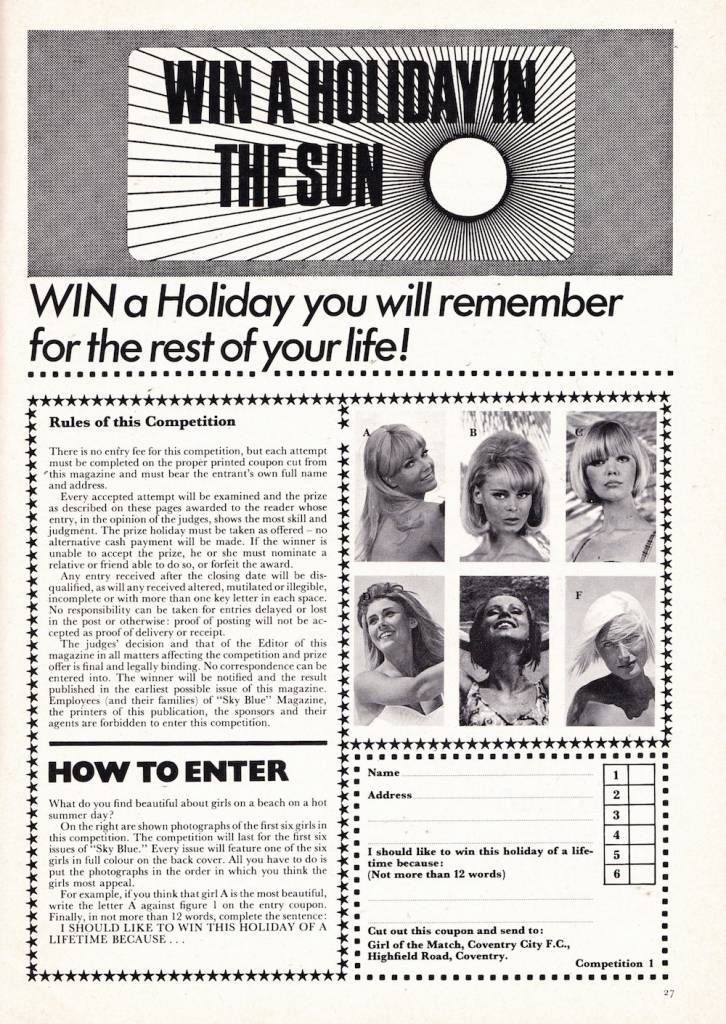 Just place the “girls” in order of preference. Match the judge’s list of fantasies and you could win the “holiday of a lifetime” 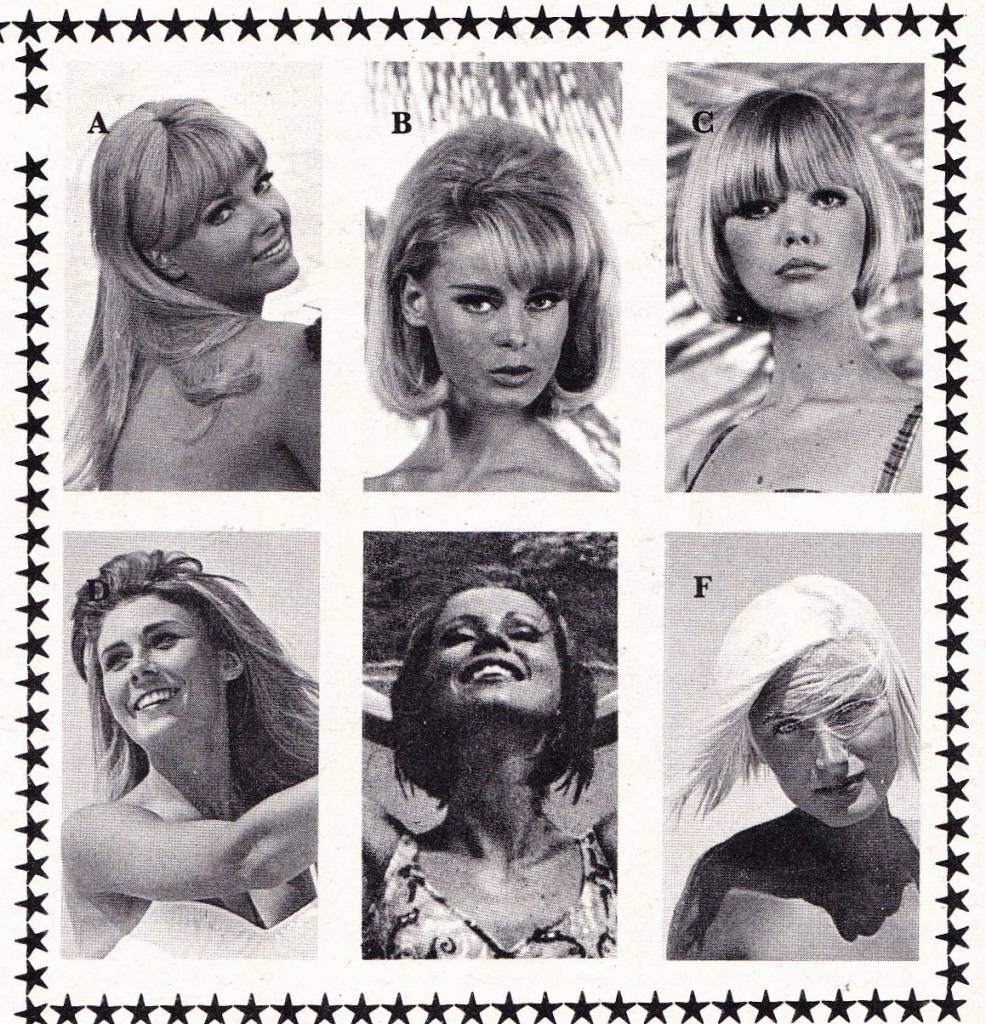 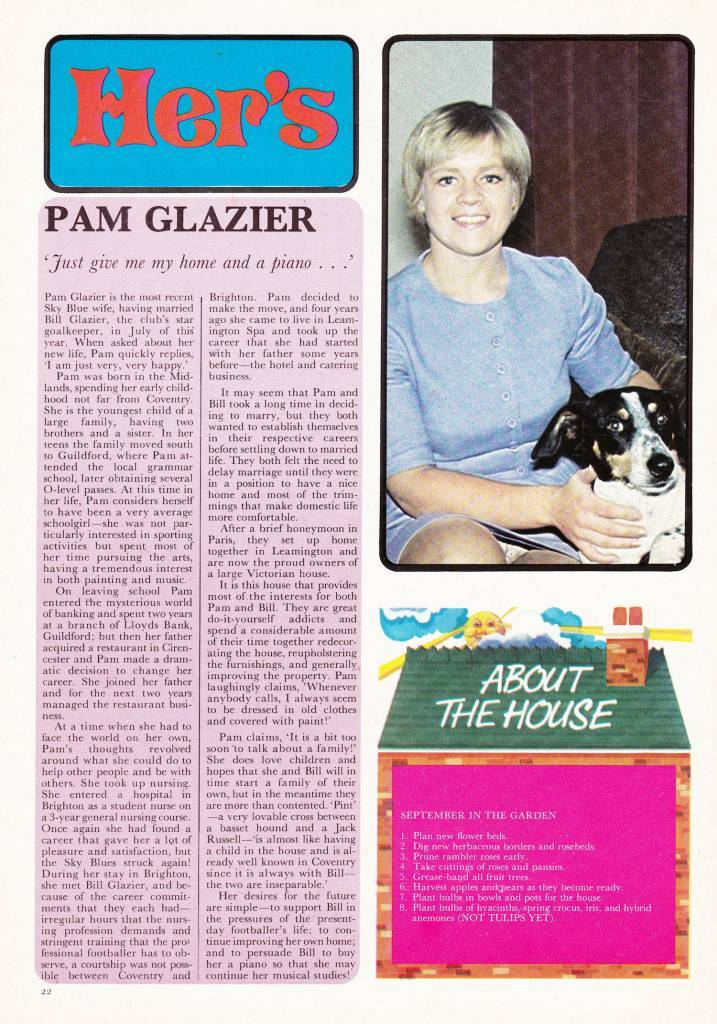 Meet the WAG, sat neatly above a feature called ‘About The House’ 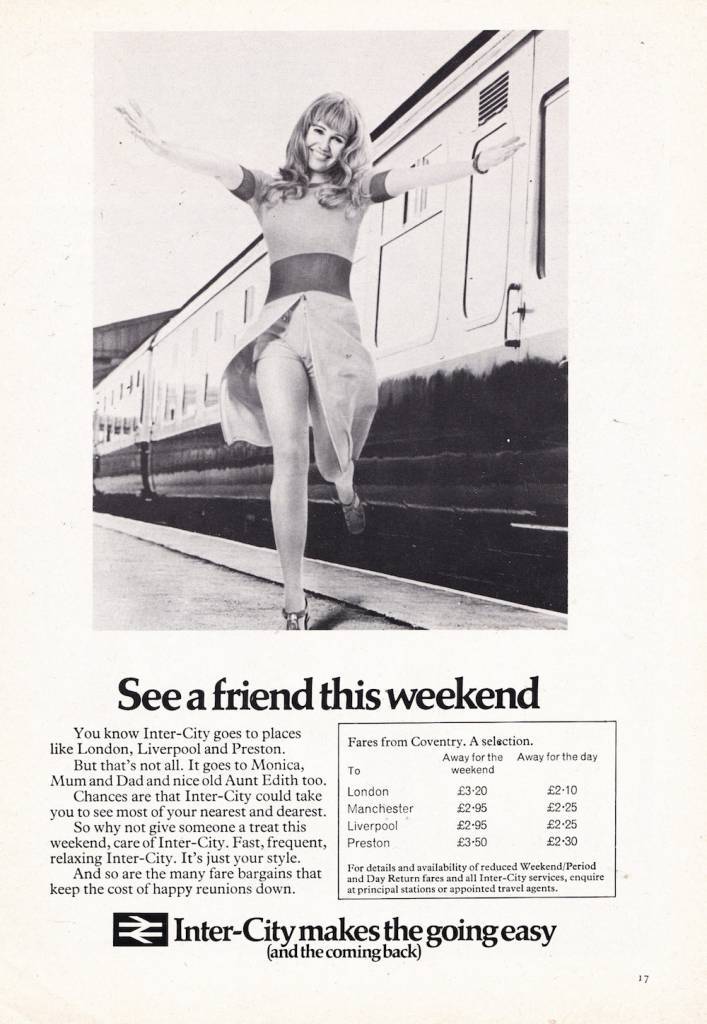 Her line of sight suggests you’ve tripped and fallen getting off the train. 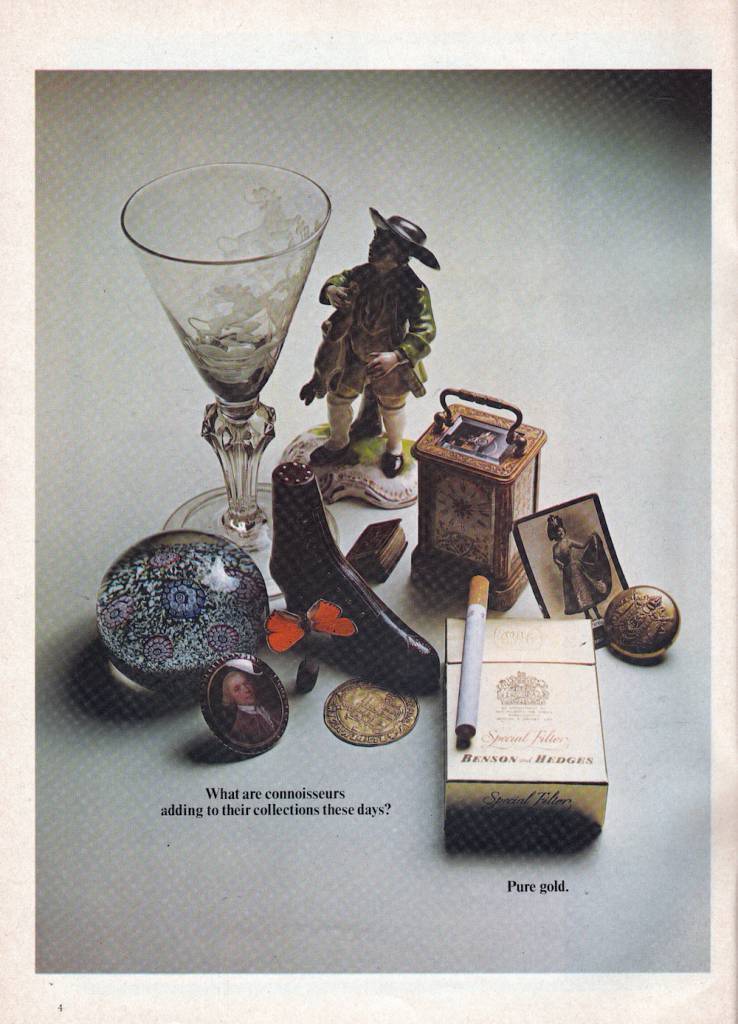 Cigarettes are good for you and good for sport. Collect them all. 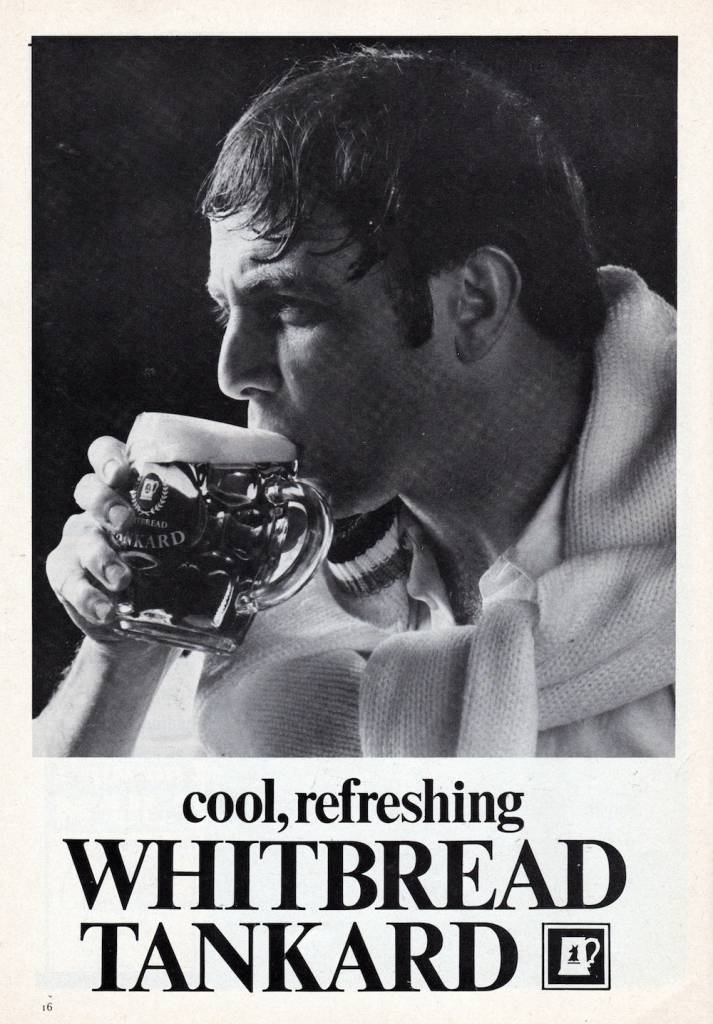 British booze in a tankard for men who wear jumpers about their shoulders in the Continental fashion. 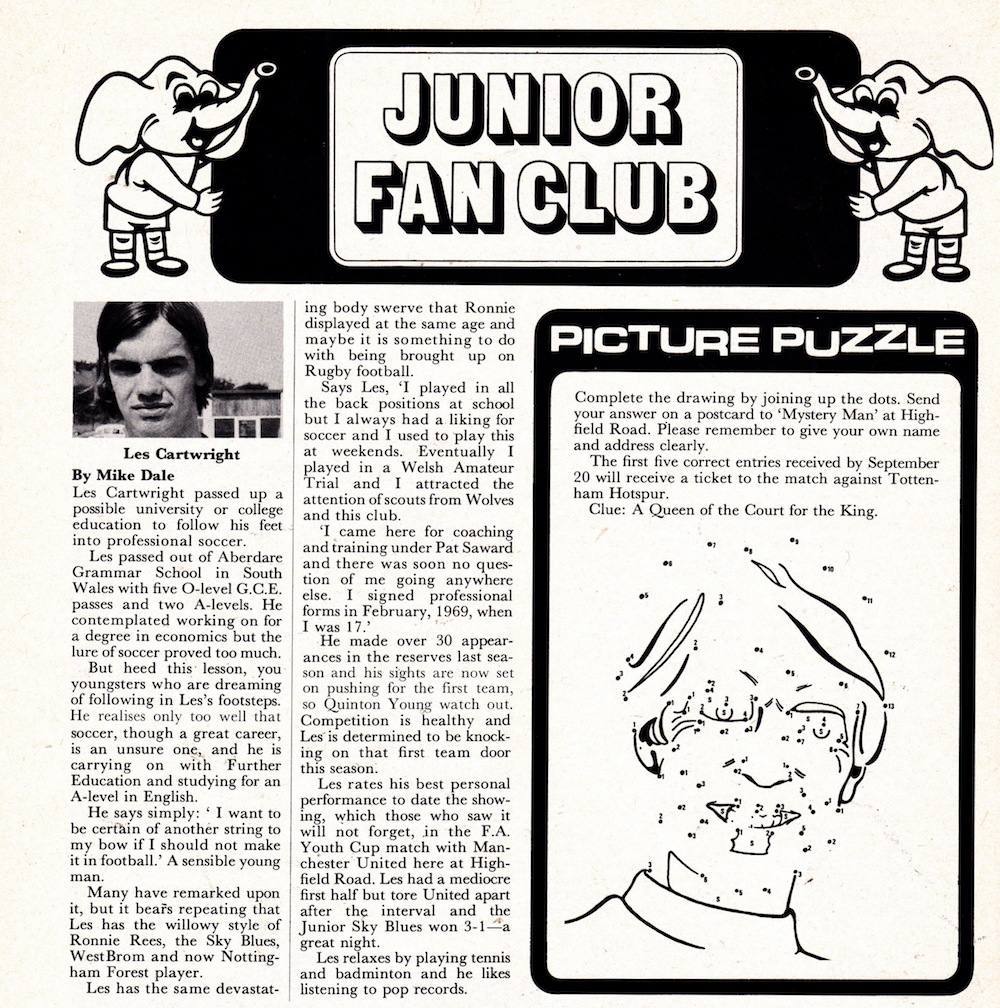 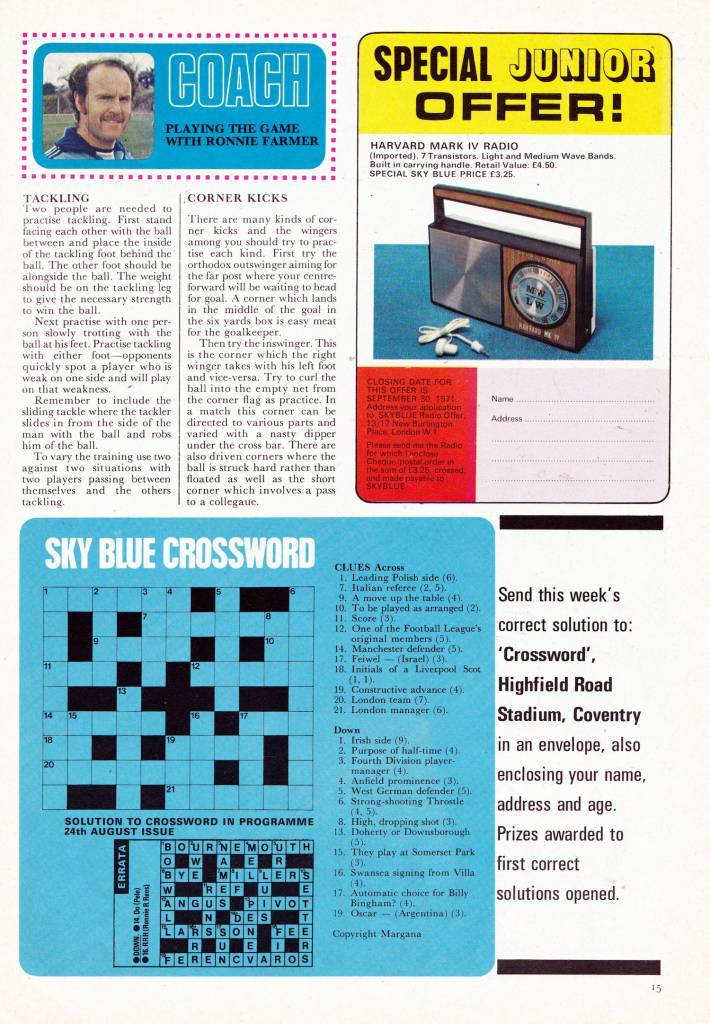 Both Light and Medium waves bands. This one has it all covered. 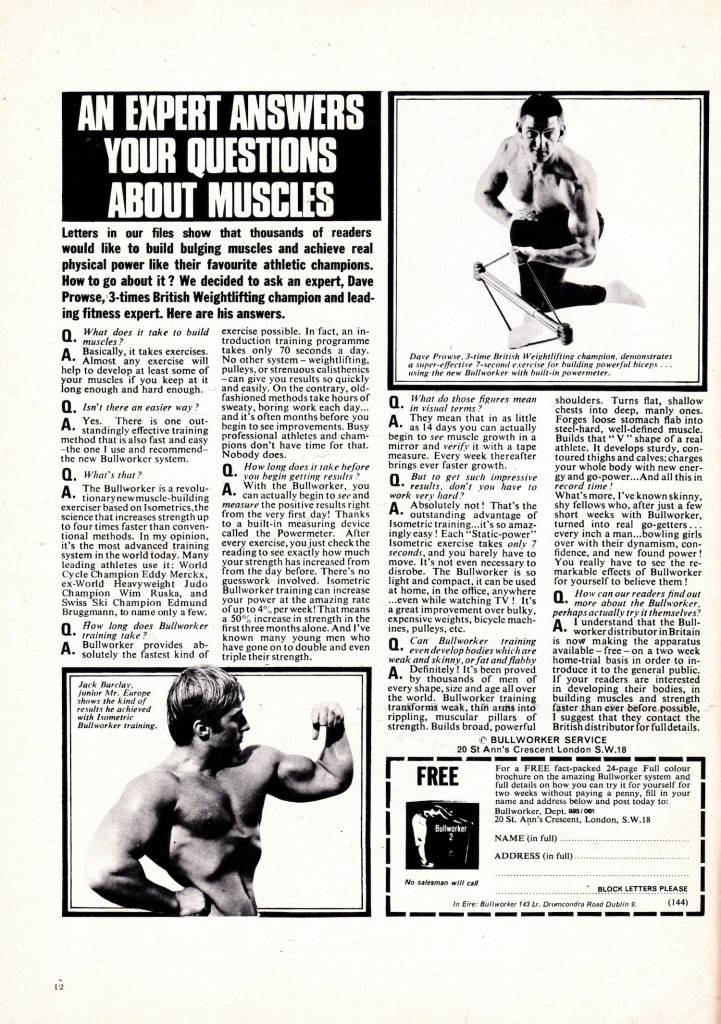 Just seven seconds with Bullworker and you have huge you muscles. Bullsh..? No. Bullworker. 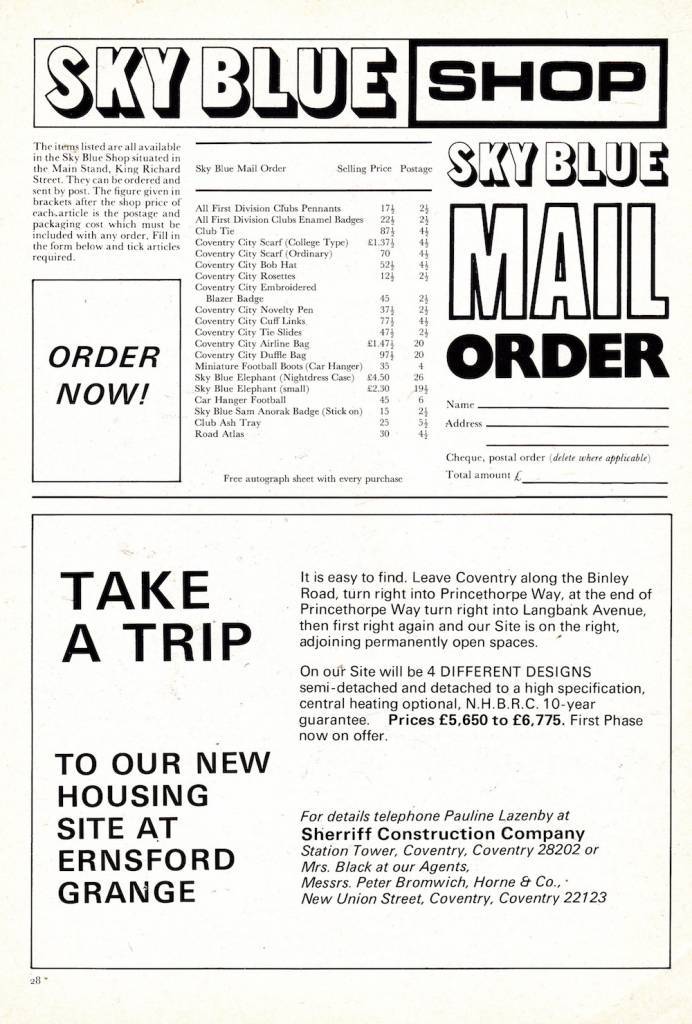 The Megastore. Bring your half pennies.

And now for the main event. 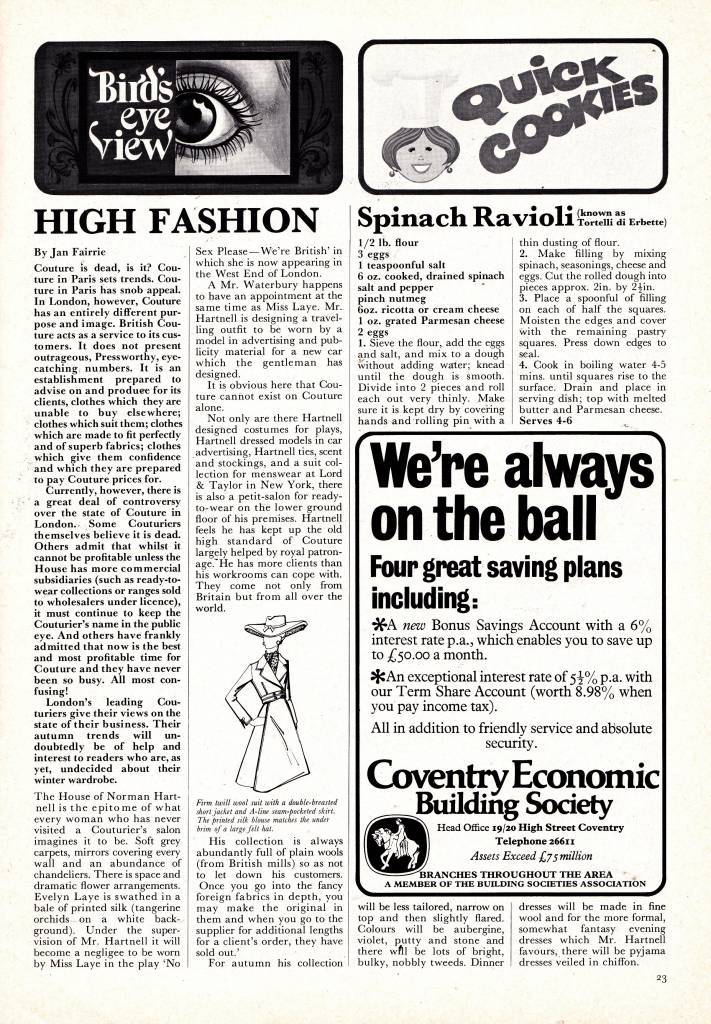