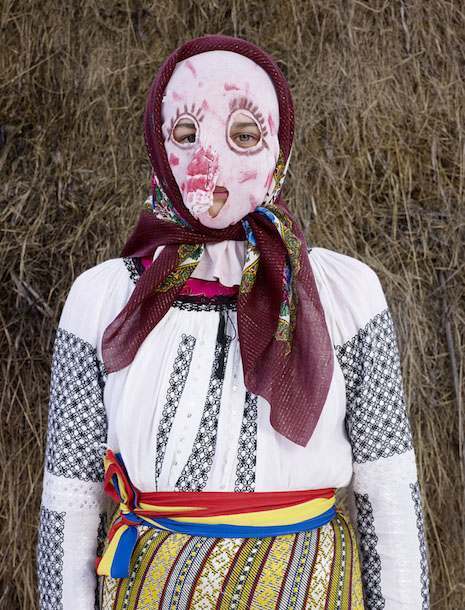 “Plugged in, neurotically Wi-Fied and 3Ged as we are, we yearn to re-establish contact with the actual, the primal, the old … We languish for the non-mechanical and the pre- or post-industrial. We are pilgrims seeking the past, the genuine, the individual” – Robert McLiam Wilson in the introduction to Charles Fréger’s Wilder Mann: the Image of the Savage

Bulgaria – ‘On New Year’s Day men cover themselves with goatskins to impersonate the Kukeri, who both embody and chase away evil spirits. In the past they’d brush against women to bestow fertility.’ 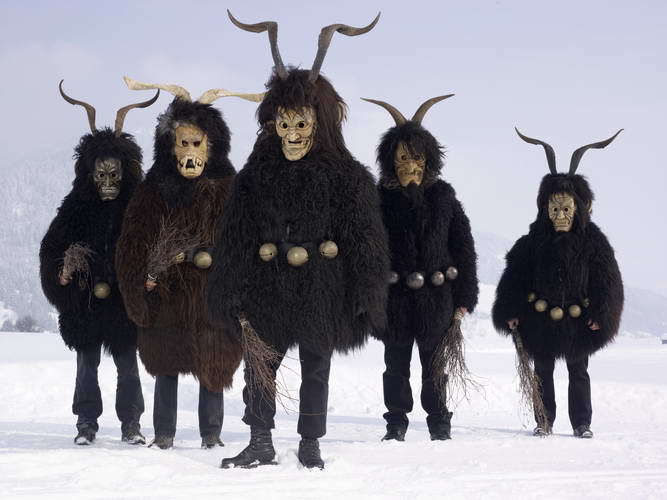 “These traditions come from Neolithic times — from shamanism — and they have never stopped,” said Mr. Fréger, 38. “For a few nights you can behave like a goat, drink a lot and forget about being civilized. You can be a wild animal for three days and then you go back to controlling your wildness.”

‘GERMANY On Christmas Eve Pelzmärtle appears in the village of Bad Herrenalb with the Christkind (Baby Jesus) to scold naughty children and rap them with a stick. The straw costume is sewn on to the wearer.’

Looking at these pictures and thinking of the thinking behind them, I’m minded of Joseph Conrad’s Heart Of Darkness. If Africa was the Dark Continent, what do these pictures say of Europe, the continent of enlightenment? As Conrad wrote: “We live in the flicker may it last as long as the old earth keeps rolling! But darkness was here yesterday.”

CZECH REPUBLIC In the village of Nedašov, devils join the retinue of St. Nicholas to frighten children into being good.

“They trespassed upon my thoughts. They were intruders whose knowledge of life was to me an irritating pretense, because I felt so sure they could not possibly know the things I knew. Their bearing, which was simply the bearing of commonplace individuals going about their business in the assurance of perfect safety, was offensive to me like the outrageous flauntings of folly in the face of a danger it is unable to comprehend. I had no particular desire to enlighten them, but I had some difficulty in restraining myself from laughing in their faces, so full of stupid importance” ― Joseph Conrad, Heart of Darkness 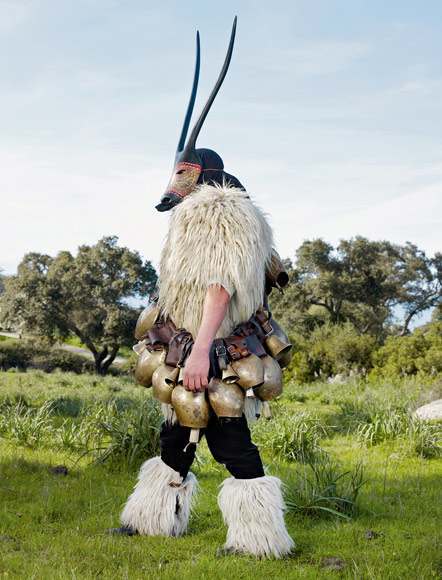 ITALY Boes on the Eve of St. Anthony 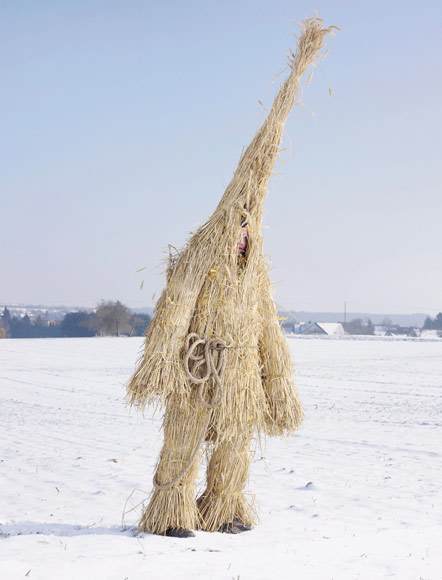 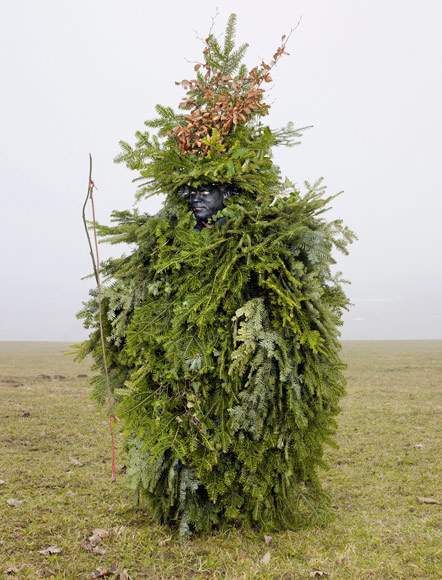 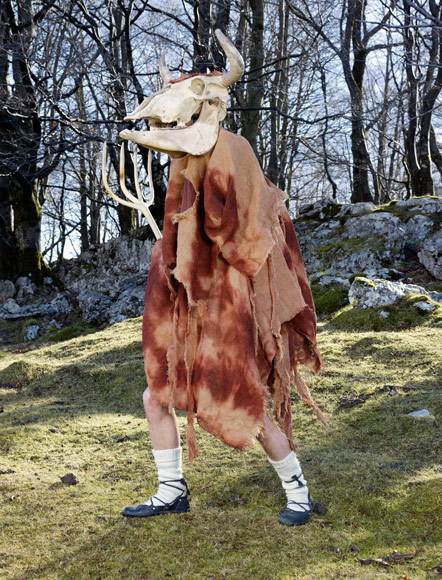 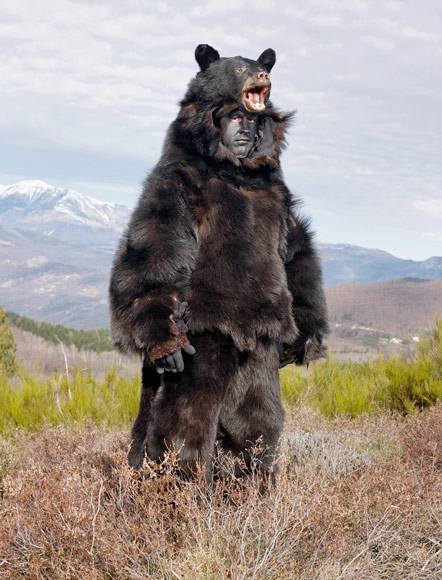 FRANCE Bear at the Festival of the Bears

CZECH REPUBLIC When jolly St. Nicholas visits the villages of Vysočina, he is joined by someone dressed as Smrt, or Death, whose scythe catches sinners.

PORTUGAL During Carnival in Lazarim characters called “caretos” parade through the village in hand-carved masks to a bonfire where effigies known as the comadre and compadre are burned. 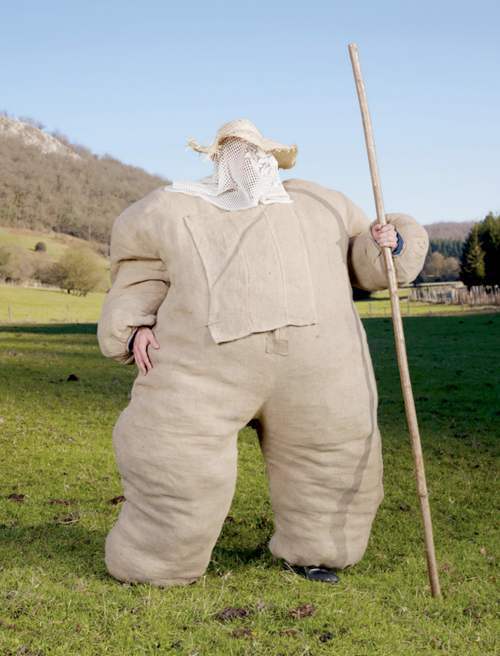 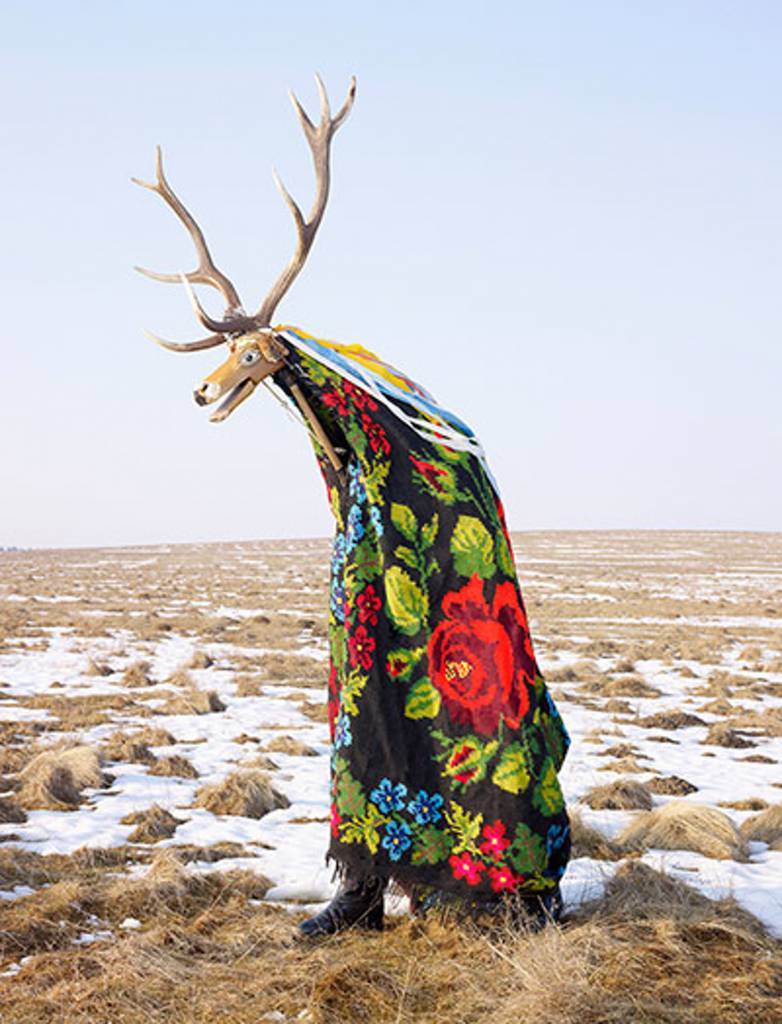 Goat characters appear across Romania, but in Corlata, the Stag is the central character, surrounded by dancers who resurrect the figure after it is ritually slain 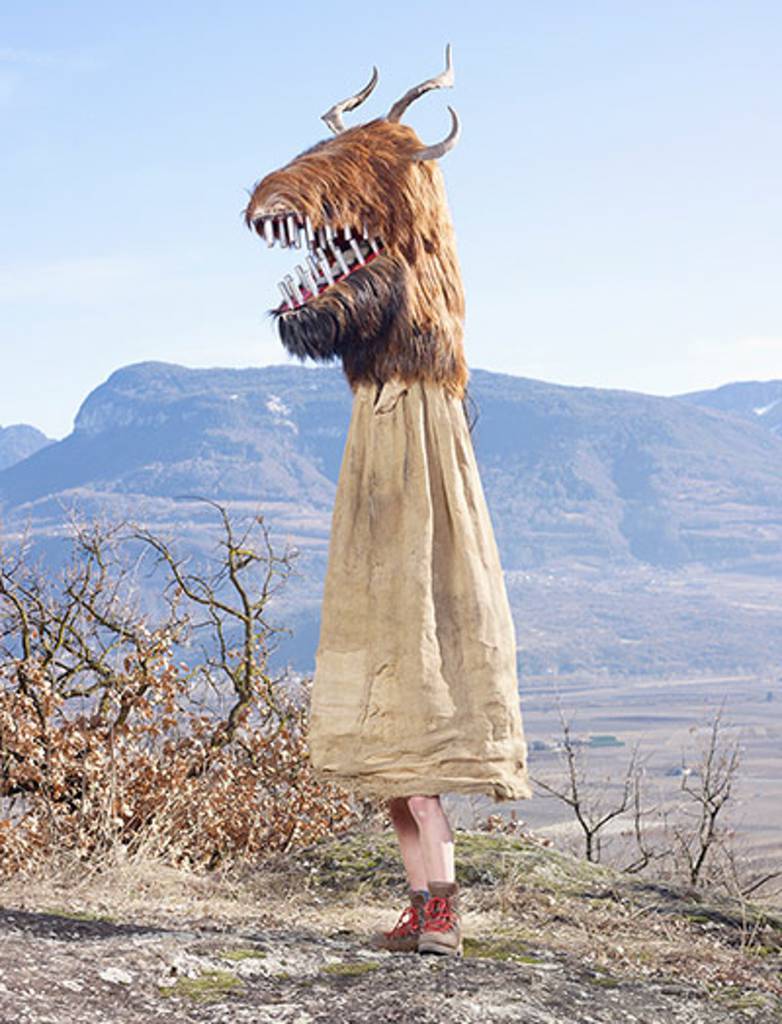 From Italy, these horned creatures are often three metres high and appear on Shrove Tuesday to spread terror on the streets of the wine village of Tramin. Their origin is unknown 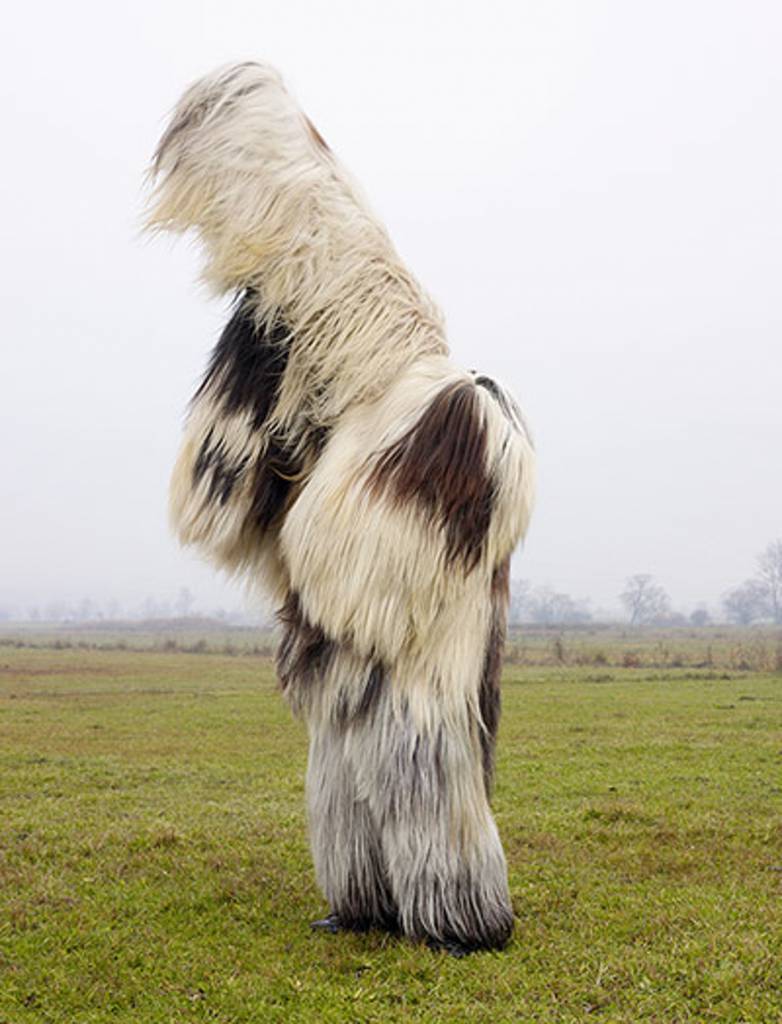 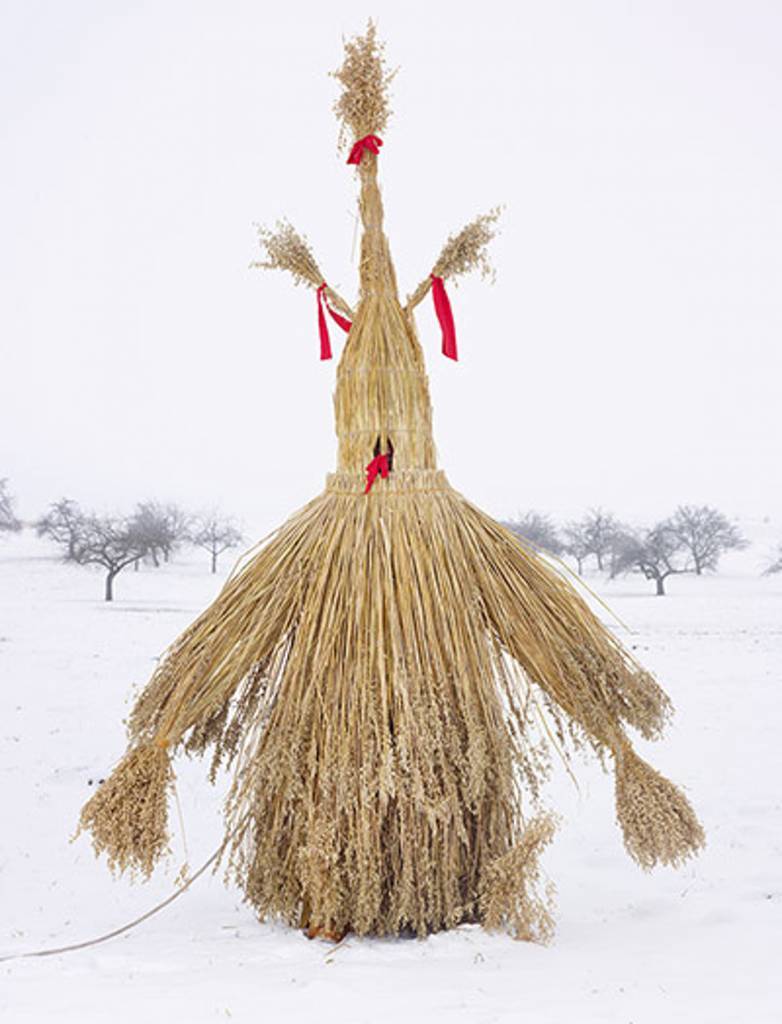 The Strohmann (Straw Man) of German rural mythology has been variously interpreted as a Wild Man, a personification of lust and a symbol of winter 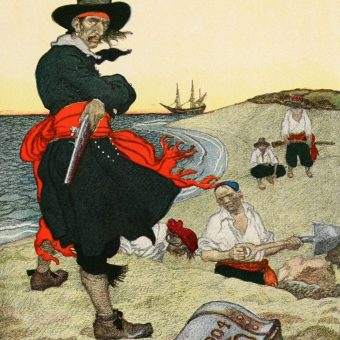 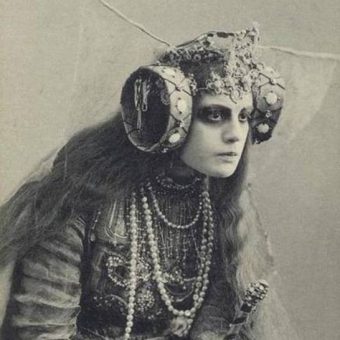 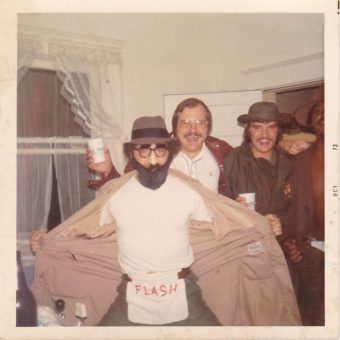