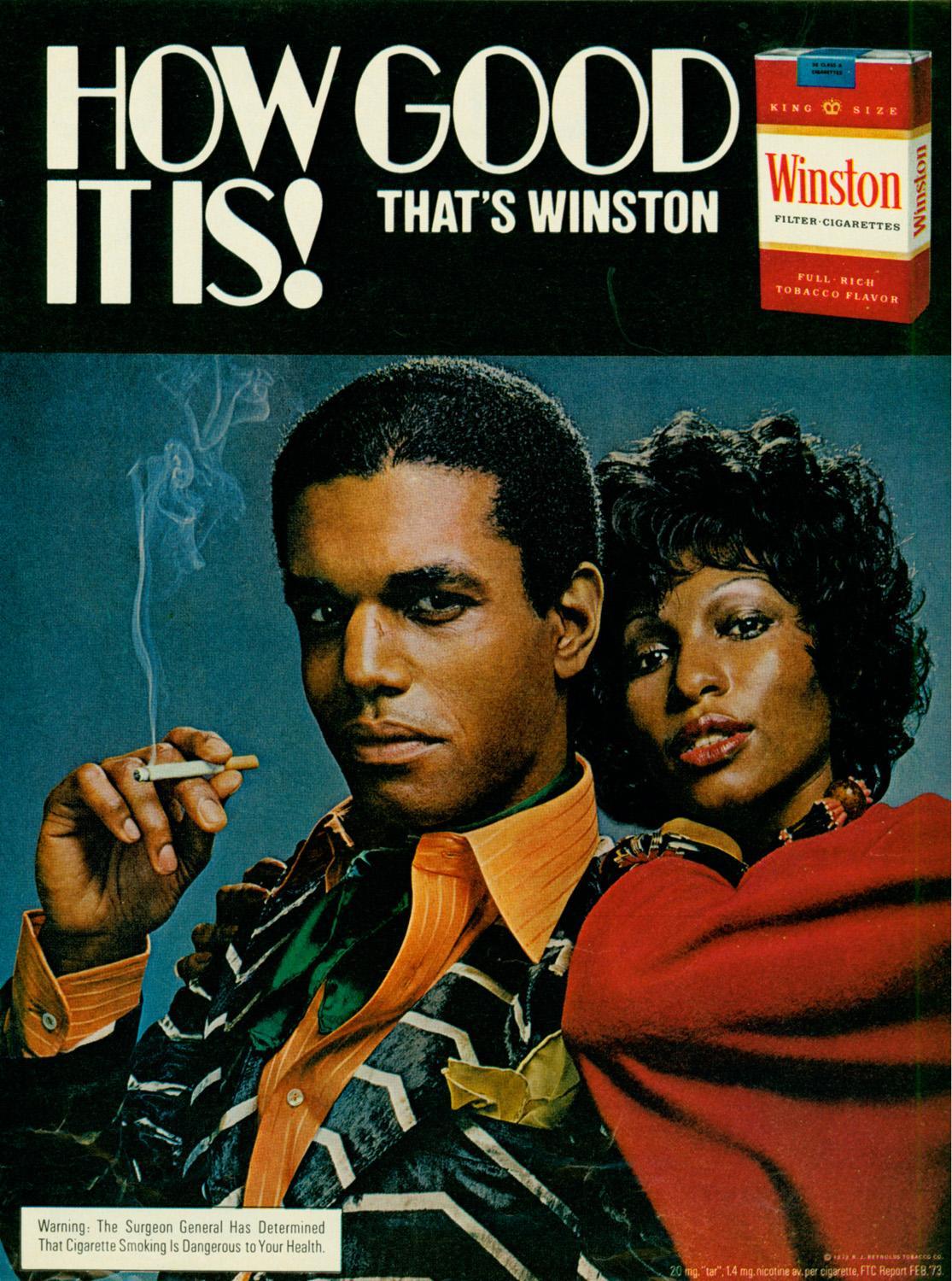 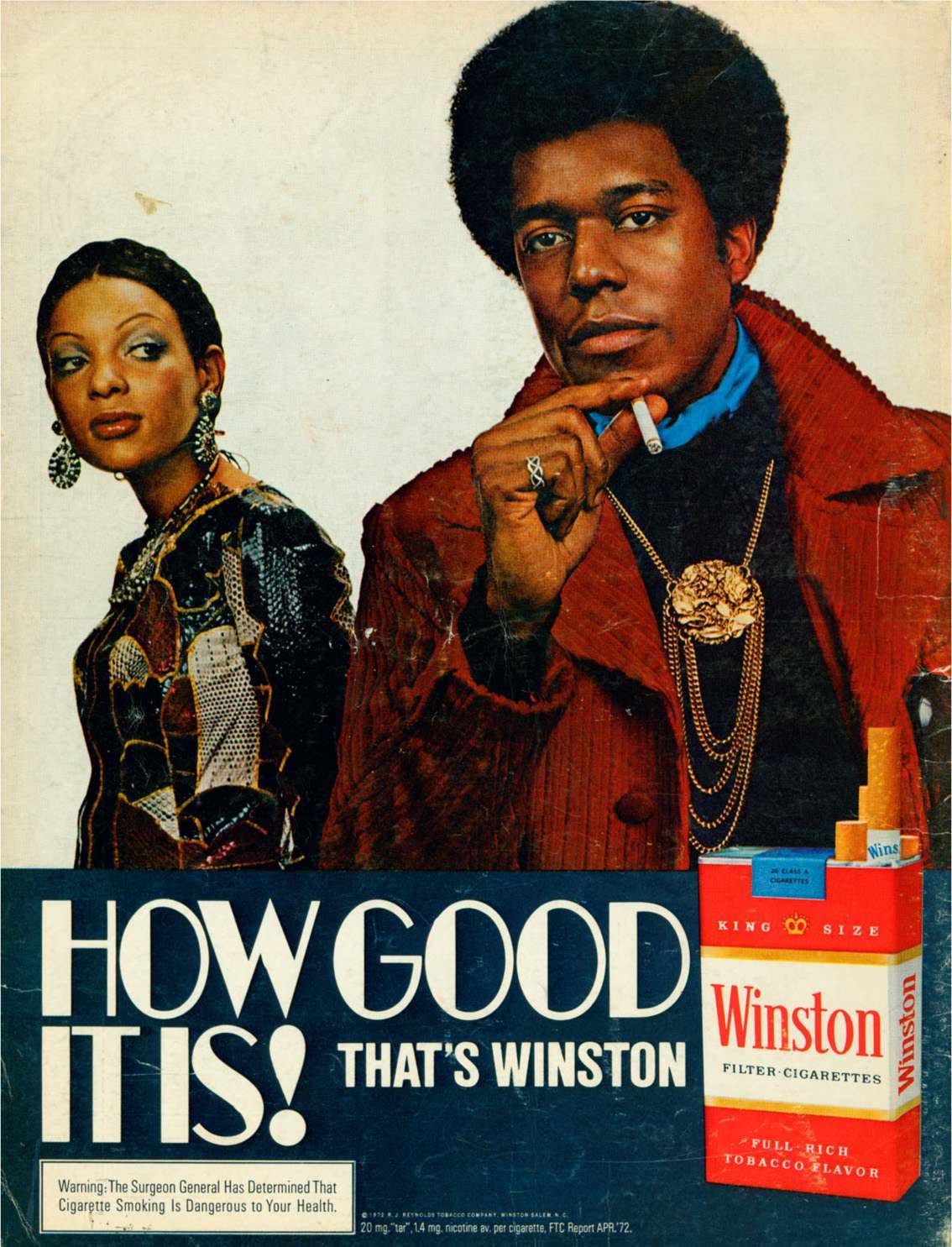 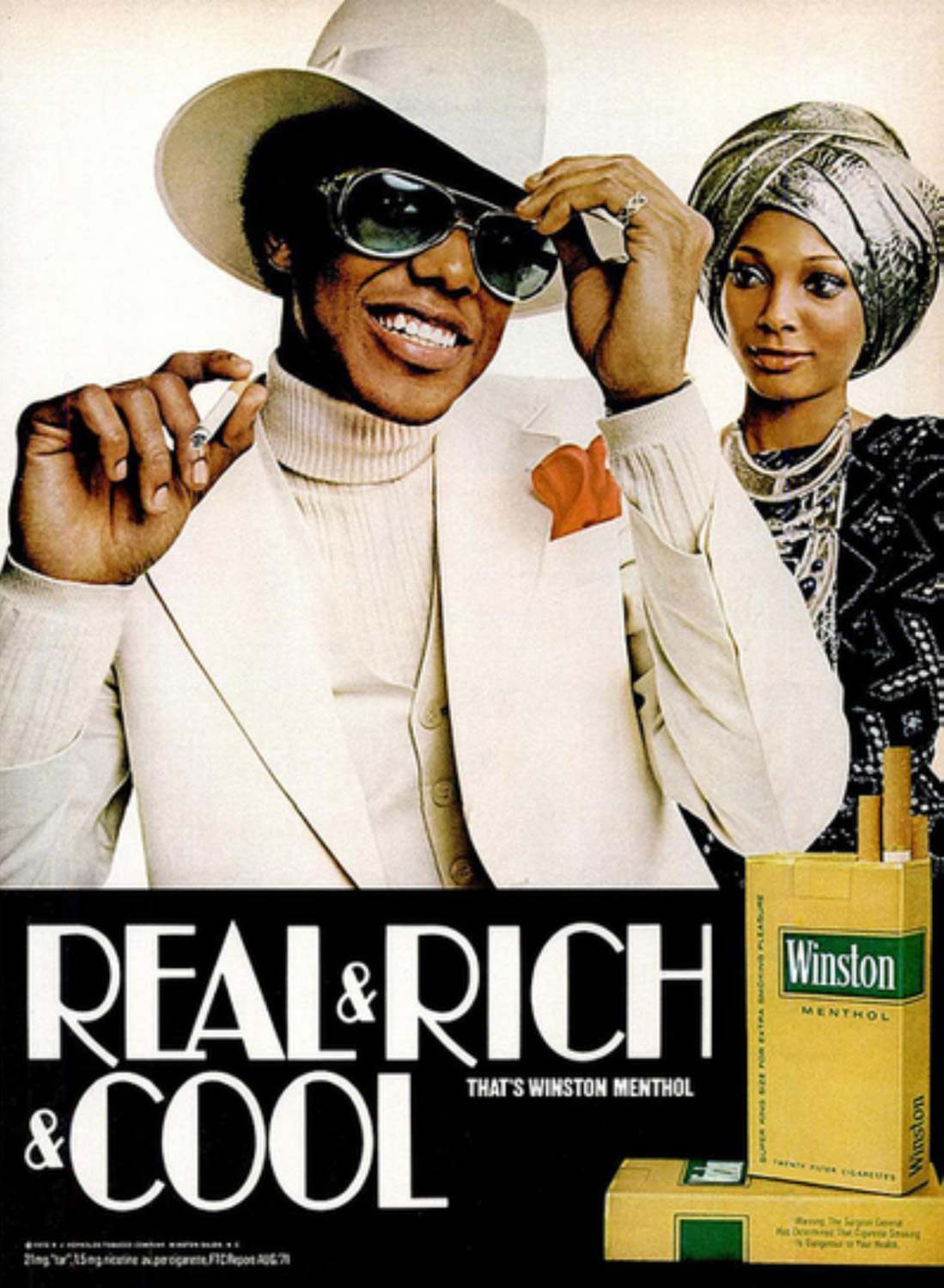 After World War Two American tobacco companies started to explore new markets to maintain their not insubstantial prosperity. The growth in urban migration and the growing incomes of African Americans (called at the time the “emerging Negro market”) gave the tobacco companies what was sometimes called an “export market at home”. Additionally, a new kind of media started to appear after the war when several glossy monthly magazines including Negro Digest (1942, renamed Black World), Ebony (1945) and Negro Achievements (1947, renamed Sepia) began to be published.

These relatively expensively produced magazines were far more attractive to the tobacco advertisers than the cheap ‘negro’ daily newspapers of the pre-war era, with glossy pages and a far wider national distribution. The magazines meant for a purely African American audience also meant that advertisers could produce adverts aimed and featuring African Americans away from the eyes of white consumers.

Winston cigarettes in the early 1970s produced some ads heavily influenced by the popular ‘Blaxploitation’ (coined by the Los Angeles National Association for the Advancement of Colored People (NAACP) head and ex-film publicist Junius Griffin) movies of the era. 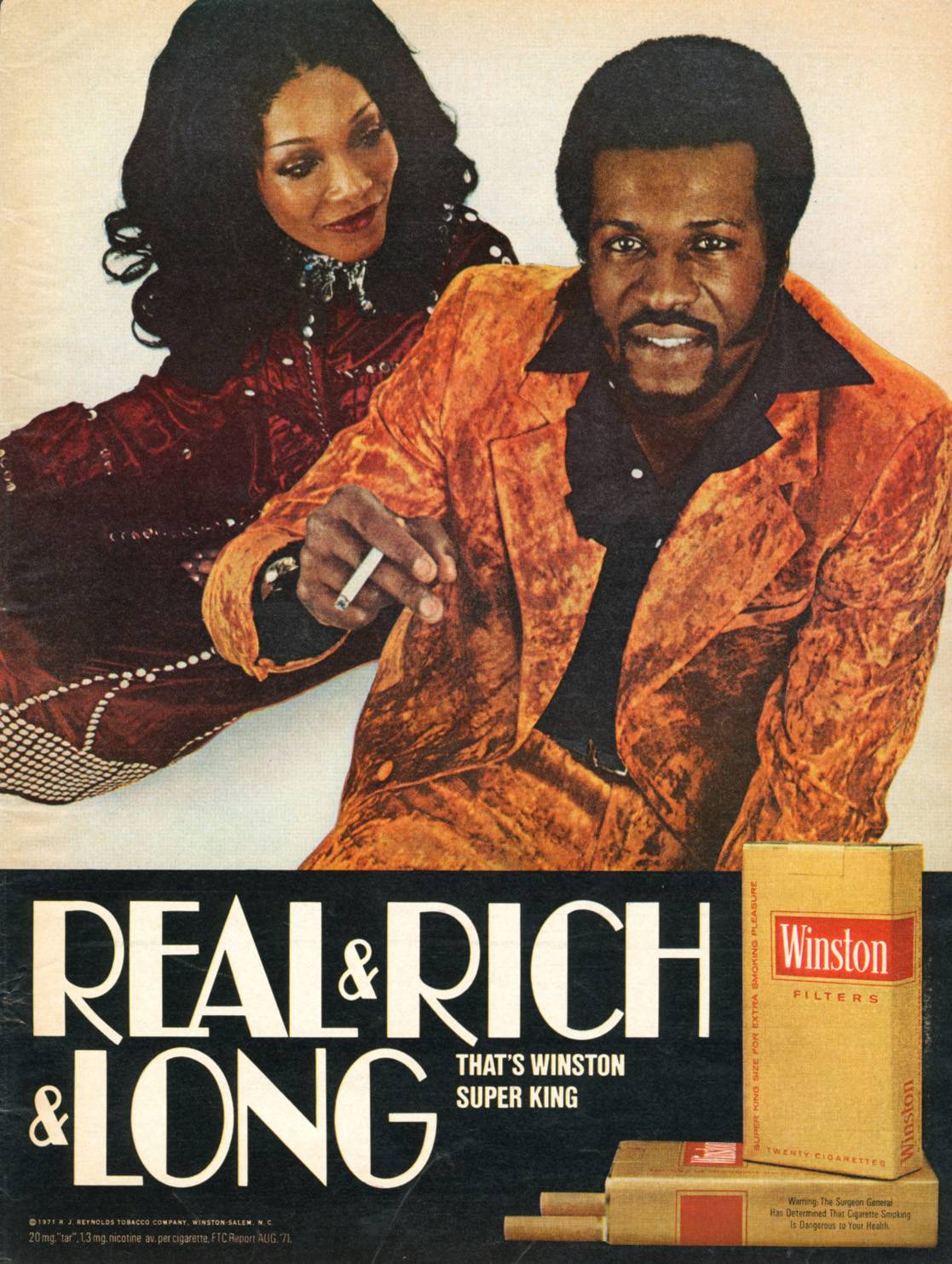 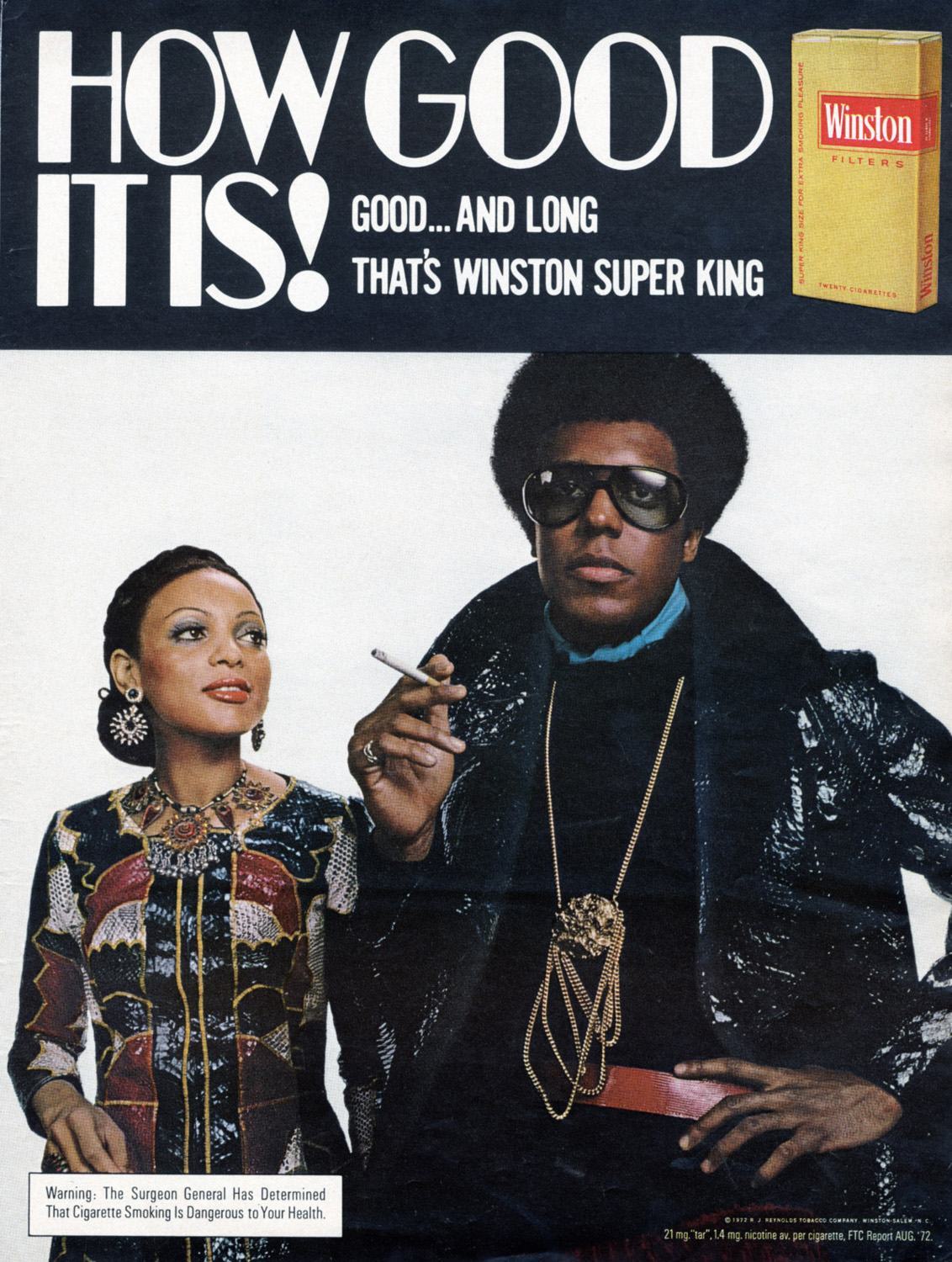 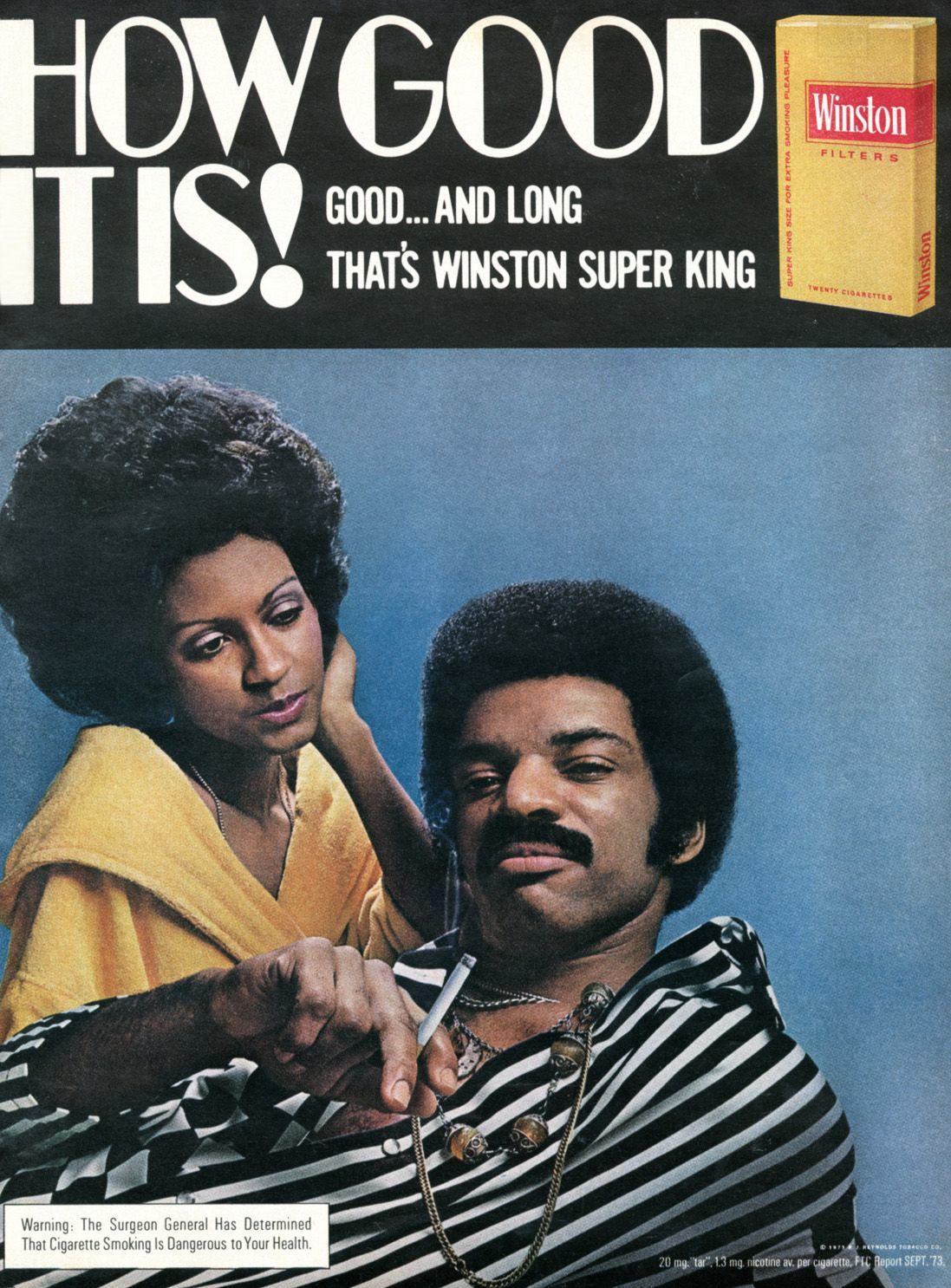