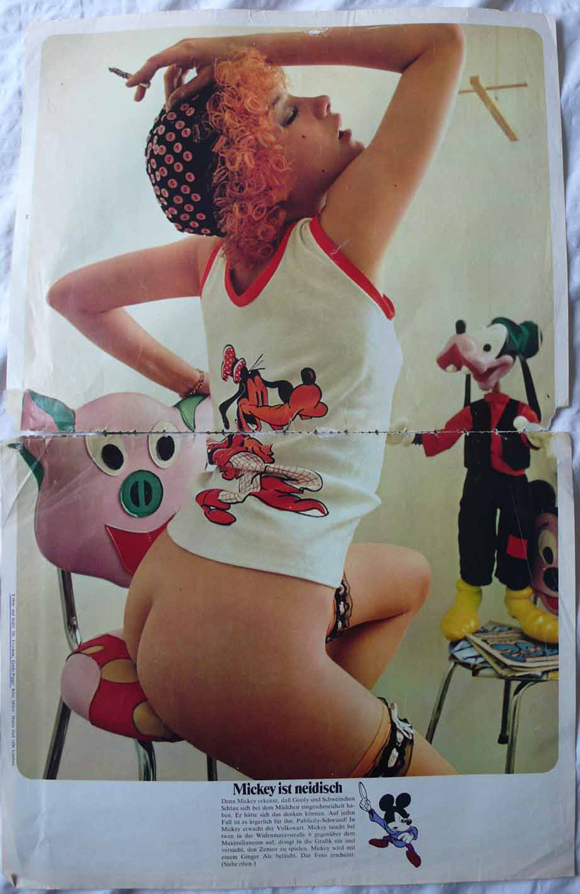 The recent FT piece about the value of Disney to high-end brands (Fashion Takes The Mickey) caught up with those which have engineered hook-ups with the House Of The Mouse in recent years: Dolce & Gabanna, Jean-Charles de Castelbajac, Iceberg, Neil Barrett, Manish Arora, Hayden-Harnett, Capellini, Cory Grosser, Chopard, Tommy Hilfiger…

A Disney apparatchik is quoted: “We would never work with a designer that was too edgy or irreverent.” 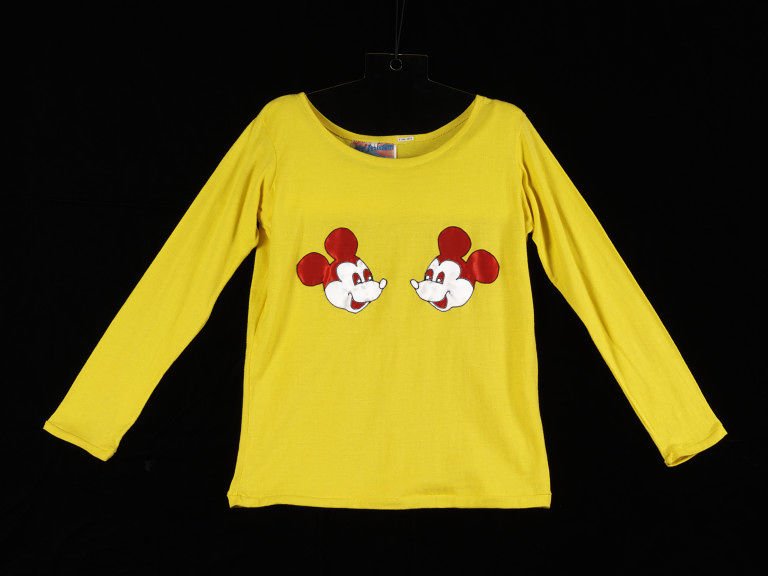 Once upon a time they weren’t so purse-lipped.

Lest we forget – since it isn’t mentioned – the first design stable in the world to license Mickey, Goofy and their chums into fashion was London boutique Mr Freedom, run by the subject of my next book, Tommy Roberts with his partner Trevor Myles. 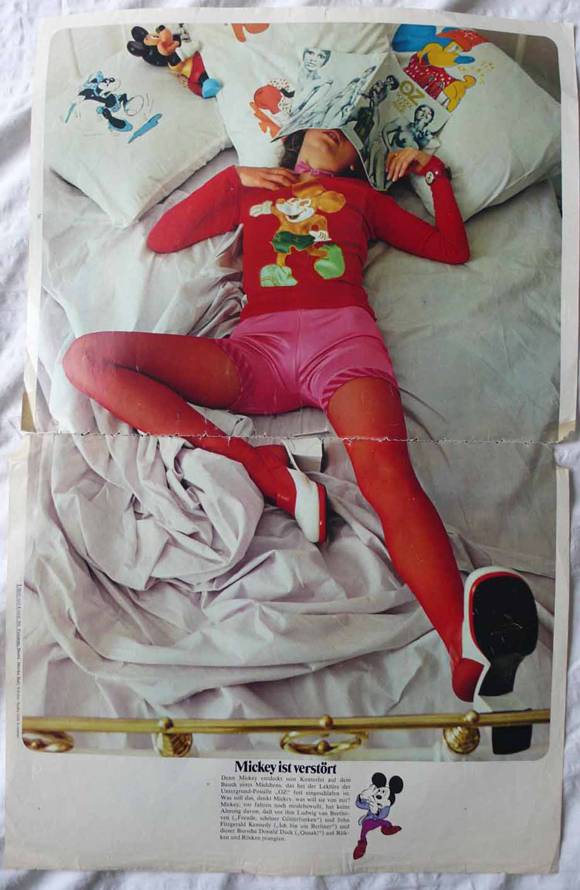 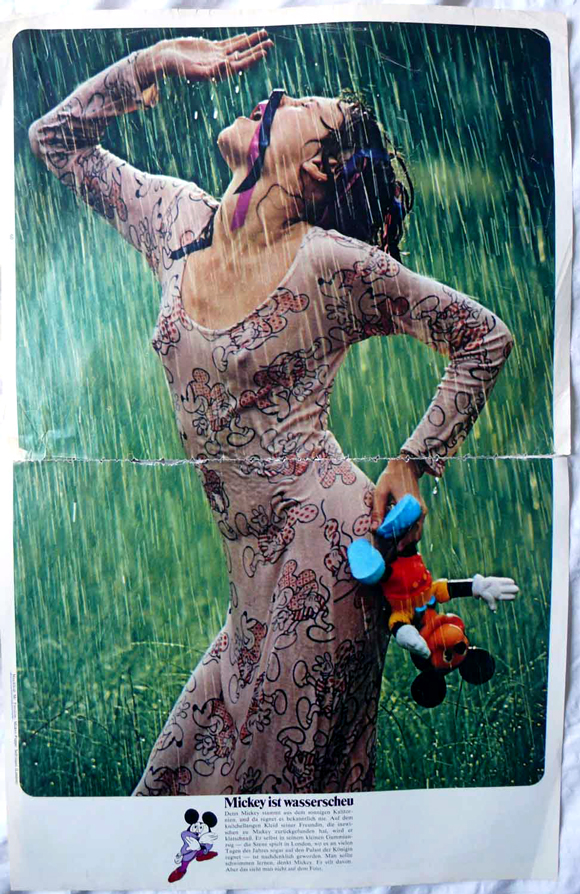 These sexy and spectacular images (which have emerged during research into Roberts’ archive) show just how times have changed.

PS : And then TinTin lost his innocence to Mr Freedom: