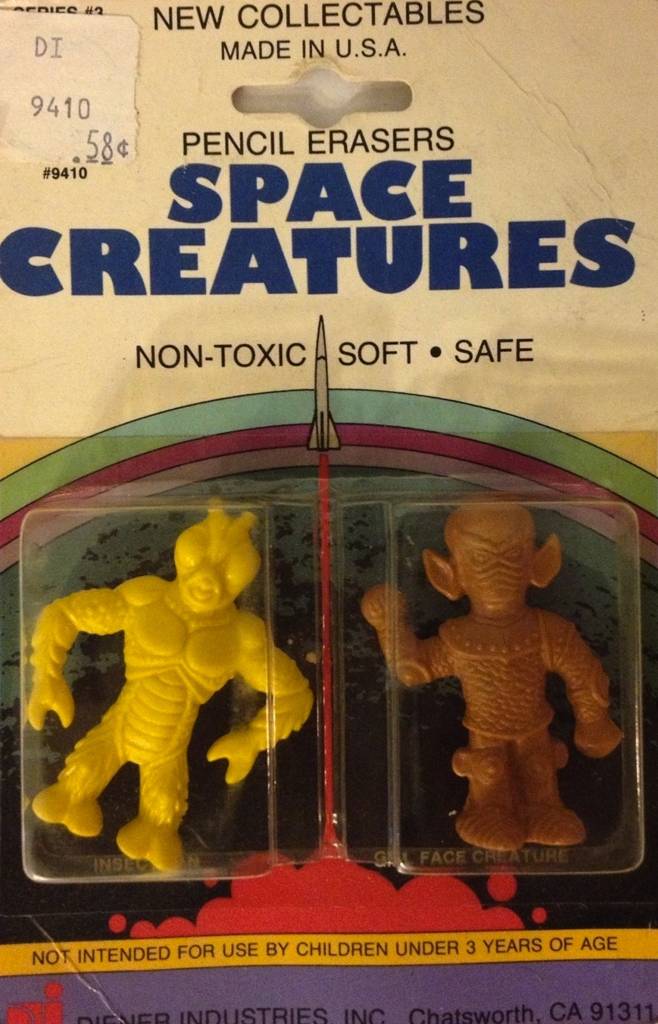 The first was a line called “Space Raiders,” which premiered in 1979 and was a kind of (delightful) Star Wars (1977) knock-off.  The Space Raiders could be found in stores, but also — delightfully — were sold in McDonalds Happy Meals. 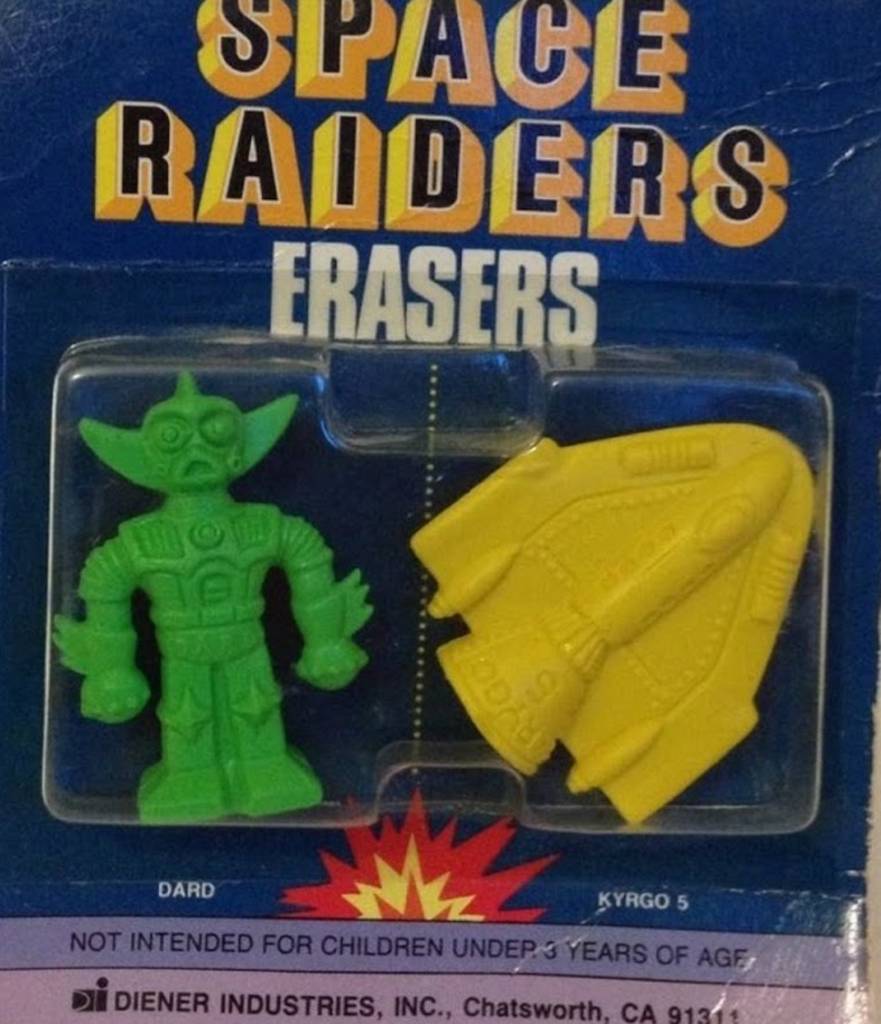 Then there was Dard, who seemed part-Darth Vader, part-Shogun Warrior.

The other two robots were Horta (think Star Trek’s “The Devil in the Dark”) and Brak (think: This Island Earth [1951], replete with giant forehead).

The Space Raiders were also sold with spaceships earasers, including a flying saucer (the Lyra 4), a rocket ship (the Altair 2), and two other vessels, the Ceti 3, and the Kyrgo 5. 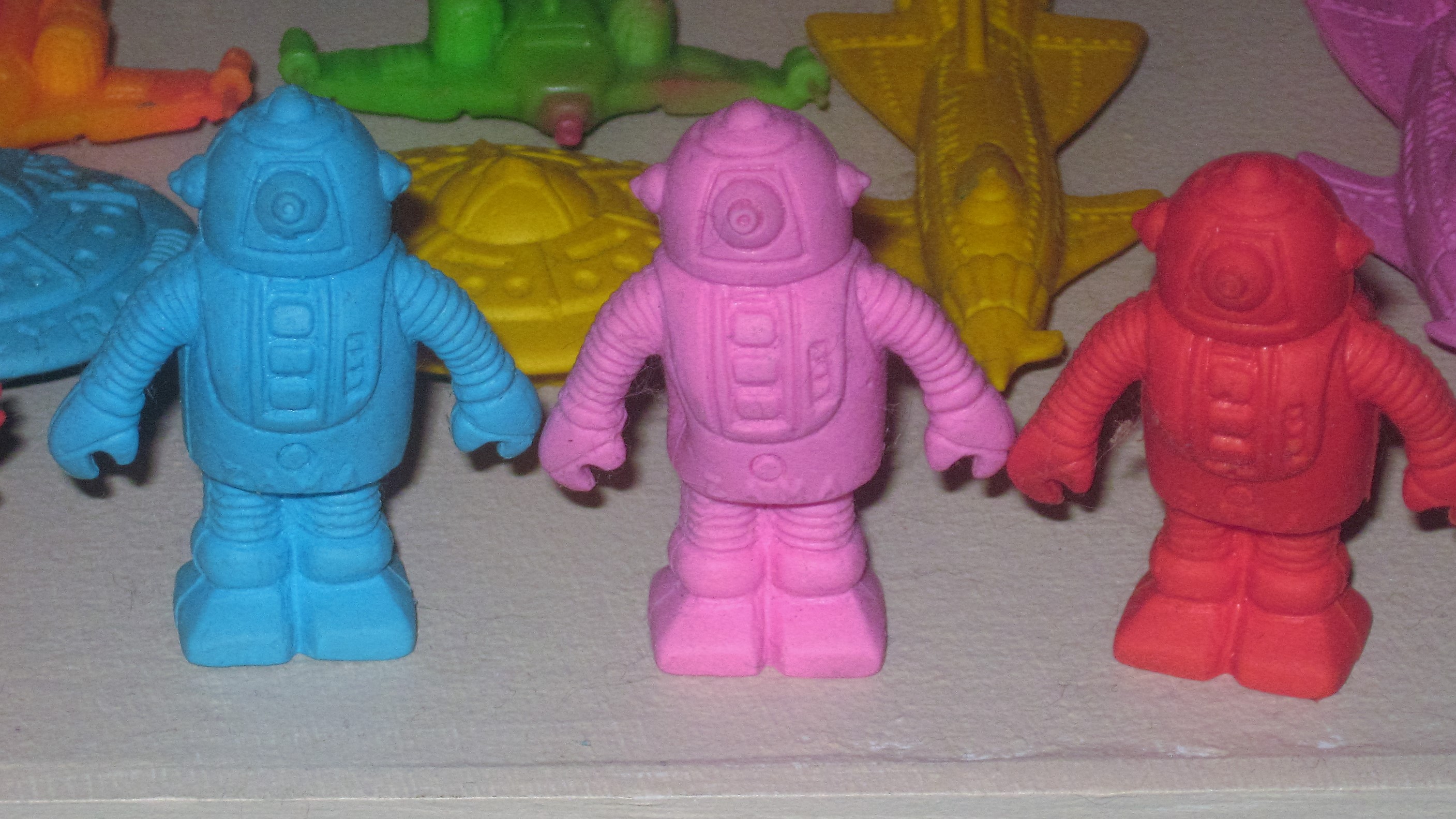 I vividly recall, in the summer of 1979 – while on a cross-country trip – absolutely begging my parents to take me and my sister to McDonalds’ so we could collect more of these Space Raiders, who came in a variety of colors (pink, brown, blue, green and yellow, if memory serves).

I definitely recall having a Green Zama, a brown Dard, a pink Horta and a green Lyra 4. 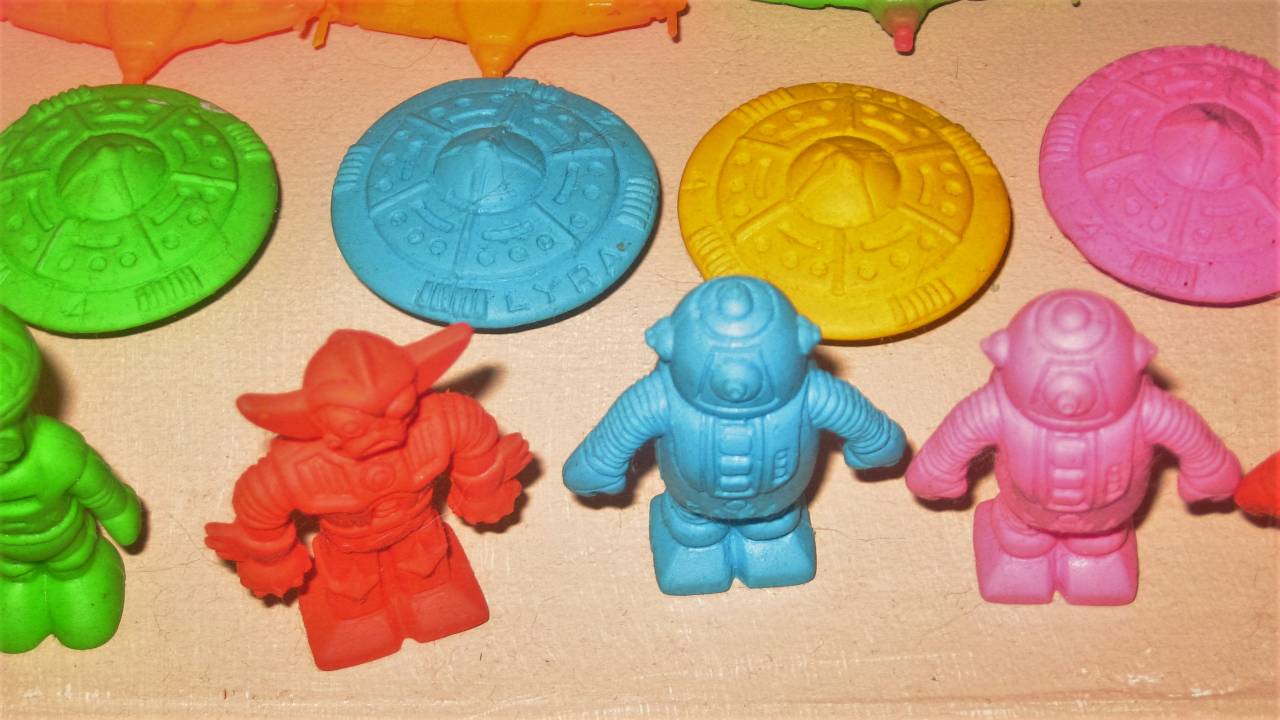 In 1980, Diener went a (slightly) different way and marketed “Space Creatures.” These small erasers were marketed as “Space Aliens” in McDonalds’ Happy Meals, and looked quite familiar if one happened to be a fan of classic science fiction movies.

One space alien resembled the Ray Harryhausen-created Ymir from 20 Million Miles to Earth (1957), while another looked like the bug-eye alien from Invasion of the Saucer Men (1957).

Other monsters in the series included a dead ringer for the invader in I Married a Monster from Outer Space (1958), while the alien in The Outer Limits (1962-1963) episode “Keeper of the Purple Twilight” seemed to be the design basis for another eraser monster. 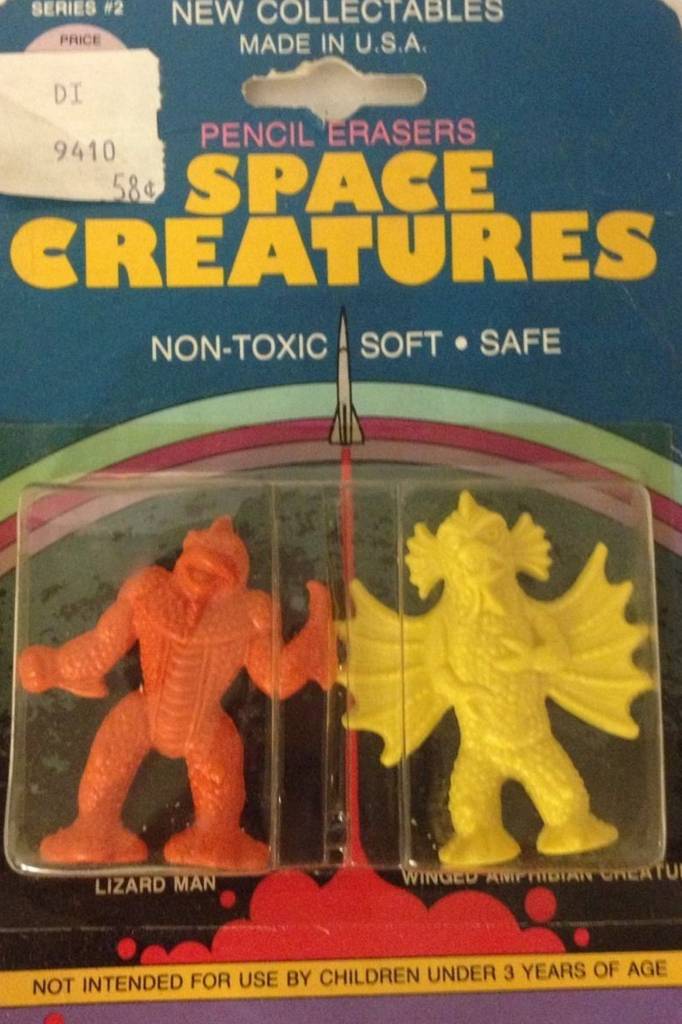 I never collected the Space Creatures, als, but to this day, Zama, Brak, Dard and Horta — the Space Raiders — are displayed in a place of honor in my home office, along with their spaceships.