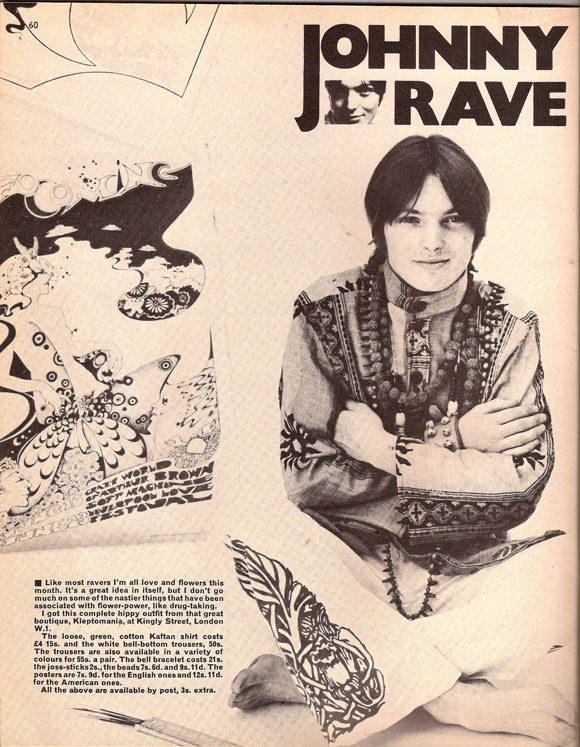 Tommy Roberts reminisces about the look of 1967:

By 1967 Haight Ashbury hippie culture had taken off in London.

At Kleptomania – my boutique around the corner from Carnaby Street at 10 Kingly Street – it was embraced with gusto.

Kleptomania metamorphosed into an incense-filled hippie-fied heaven, and a customer coming through the door and “spoiling the vibes” was felt to be an inconsiderate nuisance.

At the time long-haired flower children might have been tuning in and turning on in London but across the Channel in Paris, they had hardly heard about freaking out.

Then, one day, France’s king and queen of rock & roll Johnny Halliday and Sylvia Vartan visited Kleptomania to soak up a touch of hippy-trippy “savoir faire”. And Johnny had a new club in Paris so I was invited to the opening night. 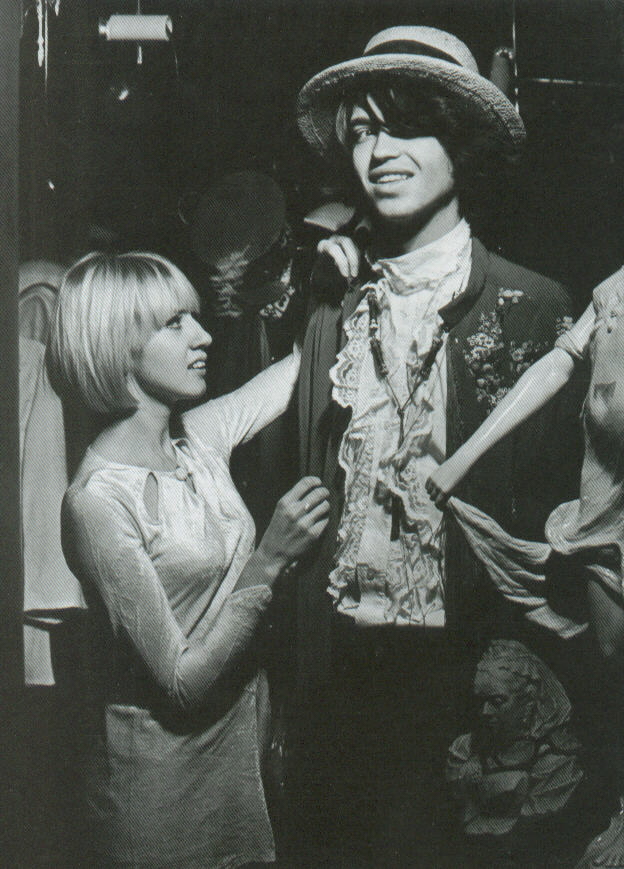 Mary Roberts – wife of designer Tommy (wearing velvet mini which she adapted from an antique wedding dress) and Nicholas Constantine Spinney in an antique embroidered jacket in Carnaby Street boutique Kleptomania, 1967. Via

As I was already a well-entrenched devotee of clashing colours and the dressing-up box, parading about being stared at by the Norman Normals was water off a duck’s back. To be honest if I didn’t hear the occasional “‘Ere, have an effing look at the state of that,” I would have been miffed.

But in Paris that sort of reaction reached another level when I went off to meet Johnny and his entourage in a smart cafe on the Left Bank.

Shoulder-length hair flowing, in silver stack-heeled boots, my beautiful long black velvet cape embroidered with silver roses and holding a silver-topped cane, I was forced to make my way on foot to the Boulevard Saint-Michel since no taxi would take me. Behind me trailed a small crowd, their mouths hanging open.

As luck would have it that day, General de Gaulle’s motorcade was expected. Police lined each side of the road and, instead of the general, Tommy turned the corner.

Instantly they started with the “Oh la la, ma cherie!”, wolf-whistles, laughter, the lot. The ranks tightened at the kerbside, forcing me to walk the entire length of the boulevard while a couple of flics affected a mincing gait behind my back, giving their pals a bloody good laugh

Me? I walked on with an air of nonchalance and indifference, prepared to the last not to show that, in fact, I had broken out into a cold sweat… 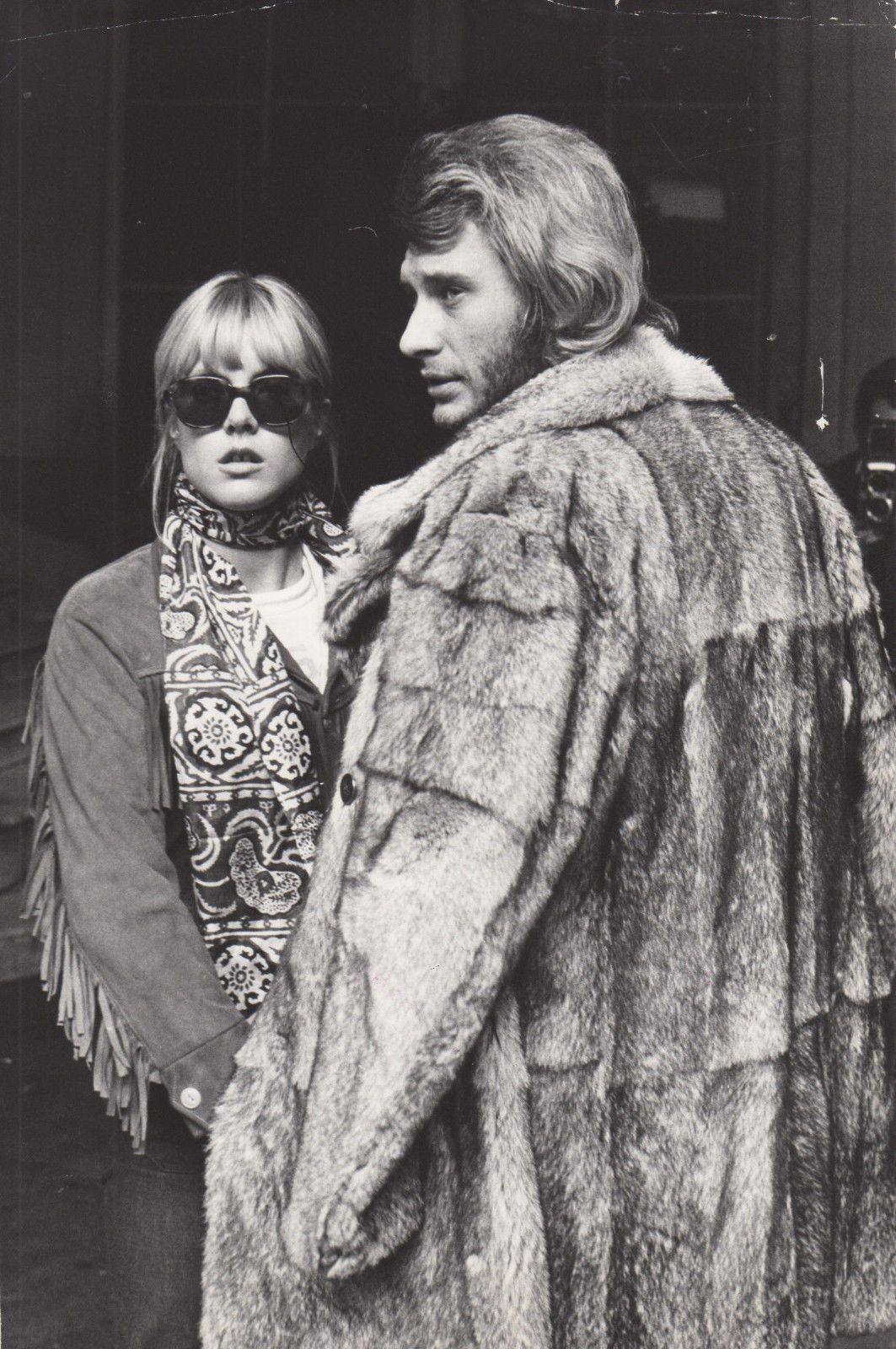 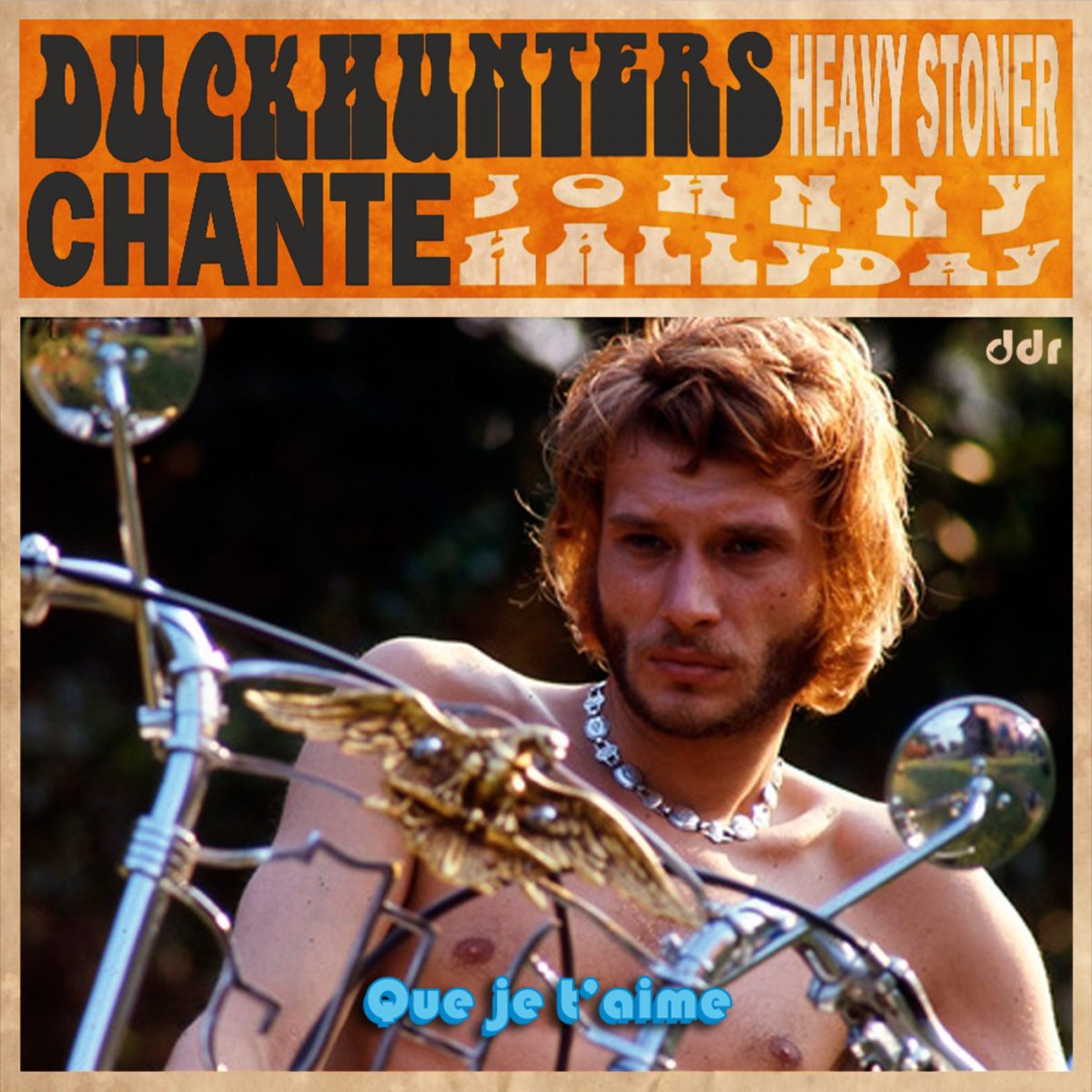