I first met artist/curator Robert Gordon McHarg III two decades ago, when he was developing a sadly unrealised television project based around the annual Christmas extravaganza conducted by our mutual friend, Robert Lopez, aka El Vez The Mexican Elvis.

Gordon does good stuff, usually with a rock & roll inflection, and often-times connected to his pal Joe Strummer, The Clash and the west London neighbourhoods this Quebecker has adopted as his terrain for nigh-on three decades. 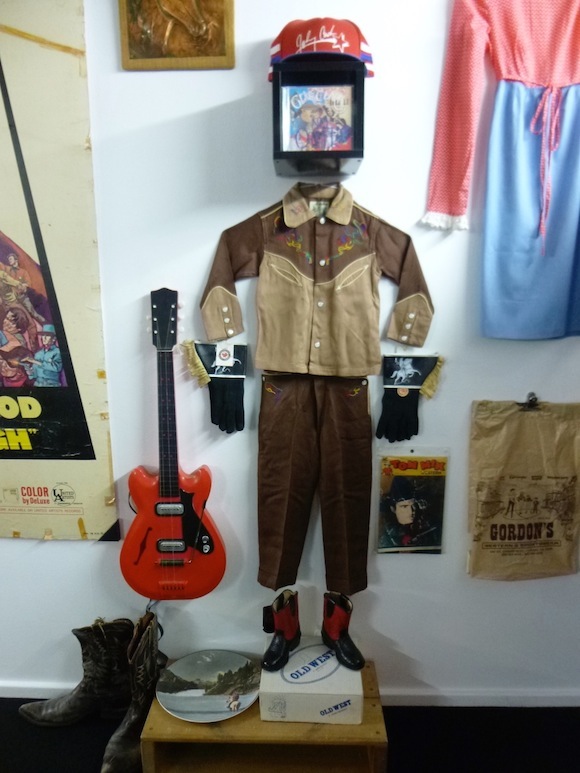 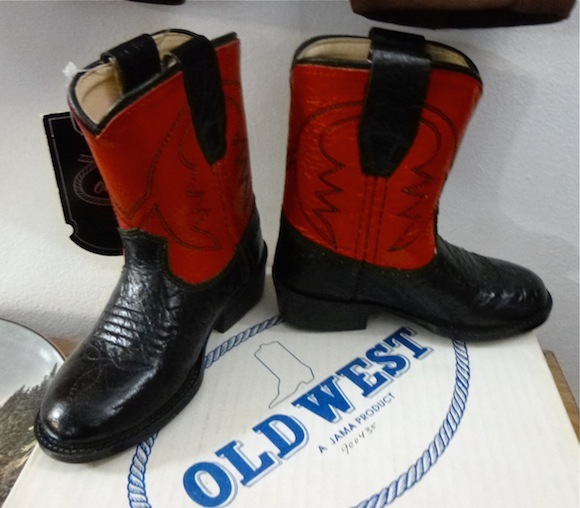 Who can forget Sandpaper Blues, the compilation released as a limited edition CD to accompany his exhibition of wood art of the same name? Like predecessors Vini Reilly’s 1980 LP The Return Of The Durutti Column and Guy Debord and Asgar Jorn’s 1959 book Mémoires, the release featured a sandpaper cover (which wreaked havoc on neighbouring Digipaks). Among those who contributed tracks were Strummer, Wayne Kramer, Maria McKee, Wilko Johnson and John Mayall. 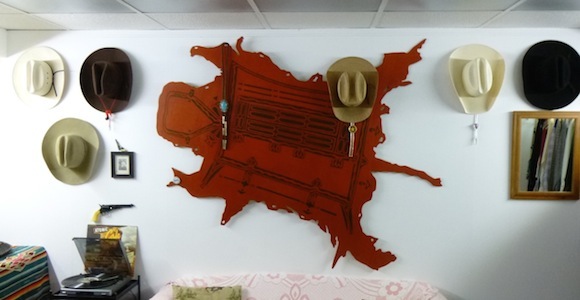 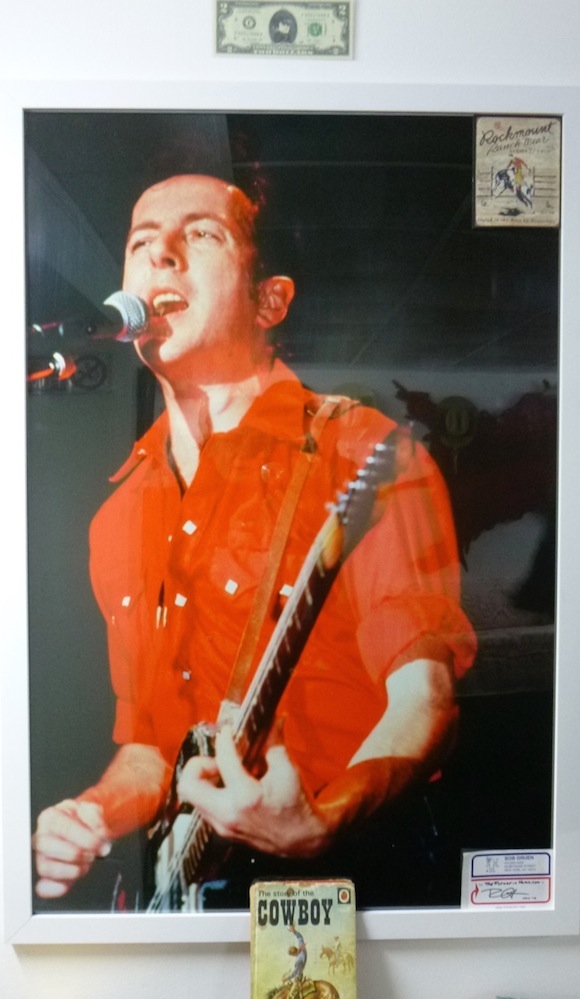 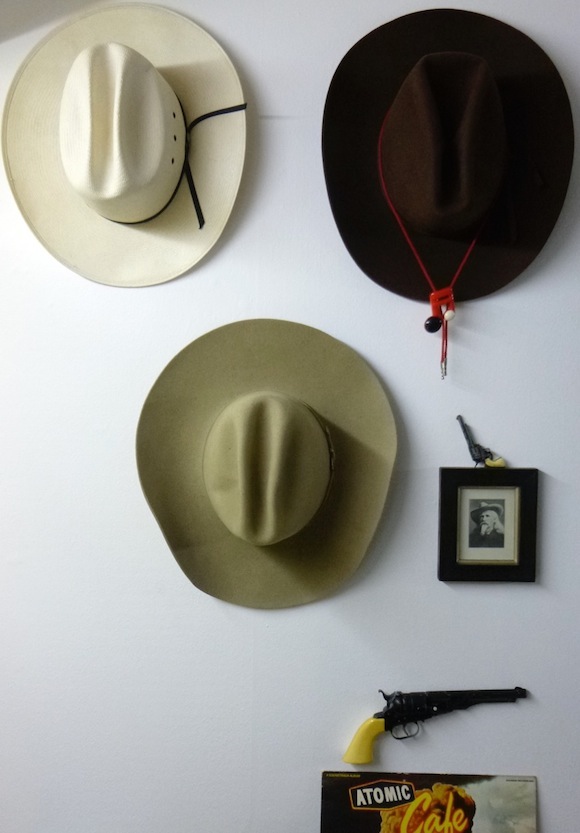 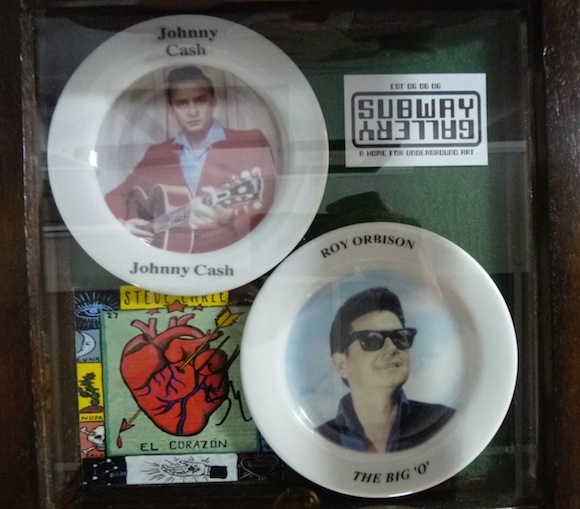 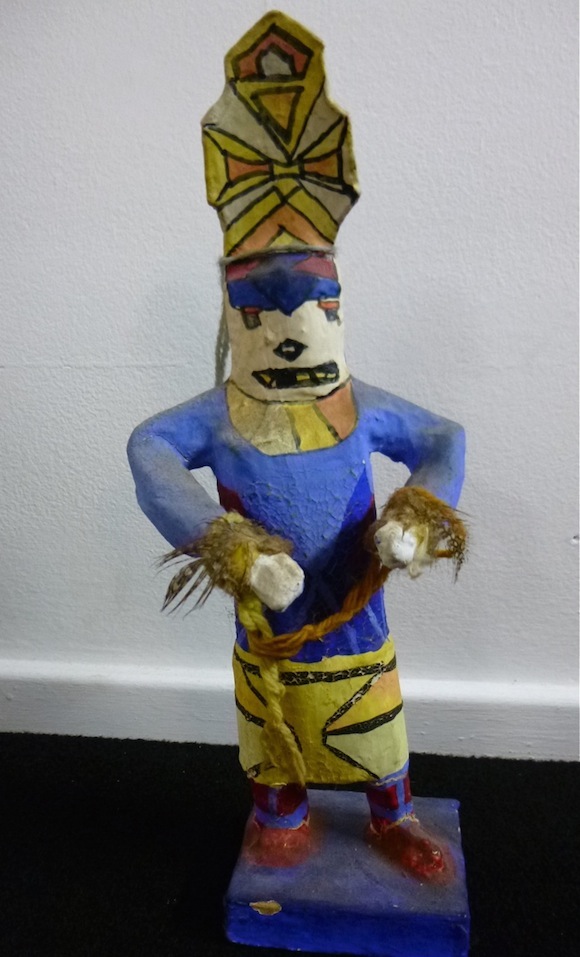 An installation at Gordon’s prolific Subway Gallery, in the underpass at the heart of The Clash’s stamping ground where Edgware Road meets Harrow Road in Paddington, is Wild Westway Western Wear, a seven-day pop-up shop to raise funds for a Strummer statue he is determined to unveil. 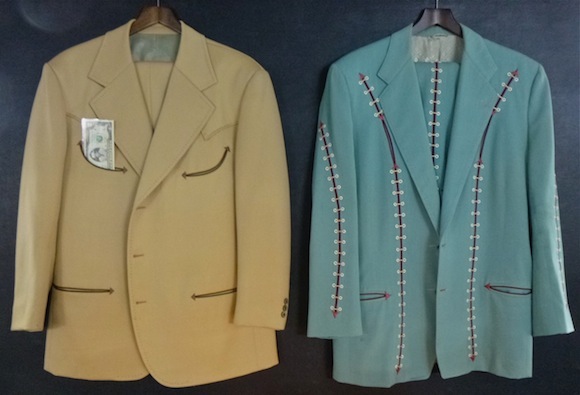 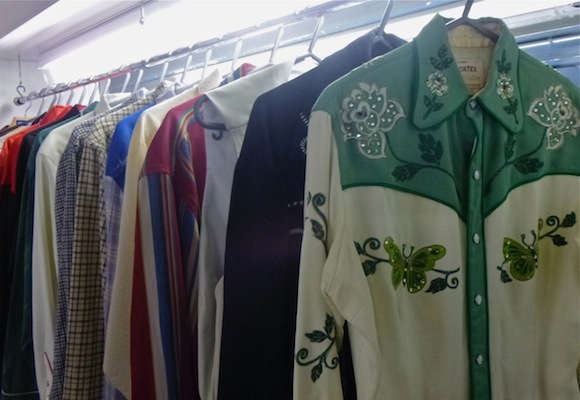 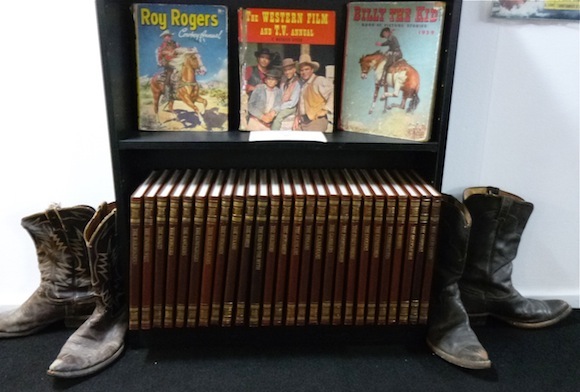 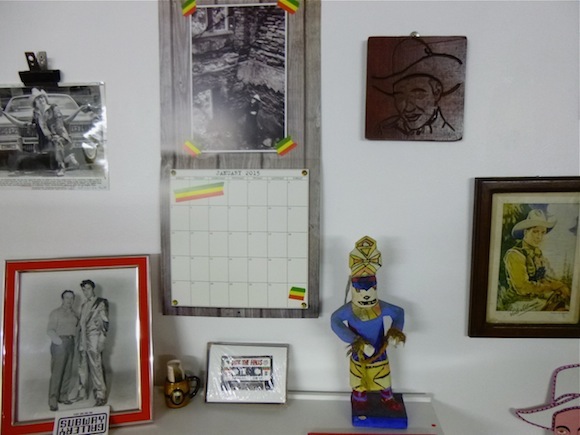 Here’s Strummer and the Mescaleros performing Sandpaper Blues on the 1999 album Rock Art & The X-Ray Style. 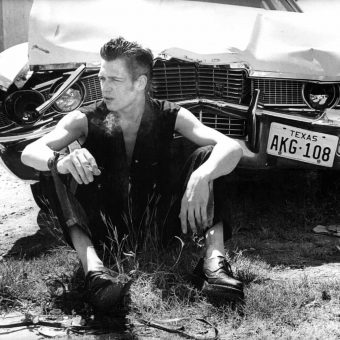