You probably know the game by the name it has gone by ever since: RISK, “The Classic World Domination Game.”

Designed for 2-6 players, ages 10 and up, the object of RISK is to occupy every territory in the world.  Yes, you are out to literally occupy the entire planet Earth.

Here is how the game’s directions describe the campaign: “You are battling to conquer the world. To win, you must launch daring attacks, defend yourself on all fronts, and sweep across vast continents with boldness and cunning.”

The game comes down to a folding board that separates the Earth into forty-two territories over six continents. Each player gets armies to sweep across the continents, and five dice with which to battle: three red and two white.

And what about alliances with other players?

An advertisement in the seventies put the matter: “Trust is something you’ll have to take a risk on.”  Instead, the player should focus on “maneuvering options” and “shrewd assessments.”

I remember playing RISK with my father as a teenager, and then taking the game to college at the University of Richmond, where I relentlessly played it with my roommate and other best friend.  The sad thing is, as I recall: I sorta, kinda cheated. 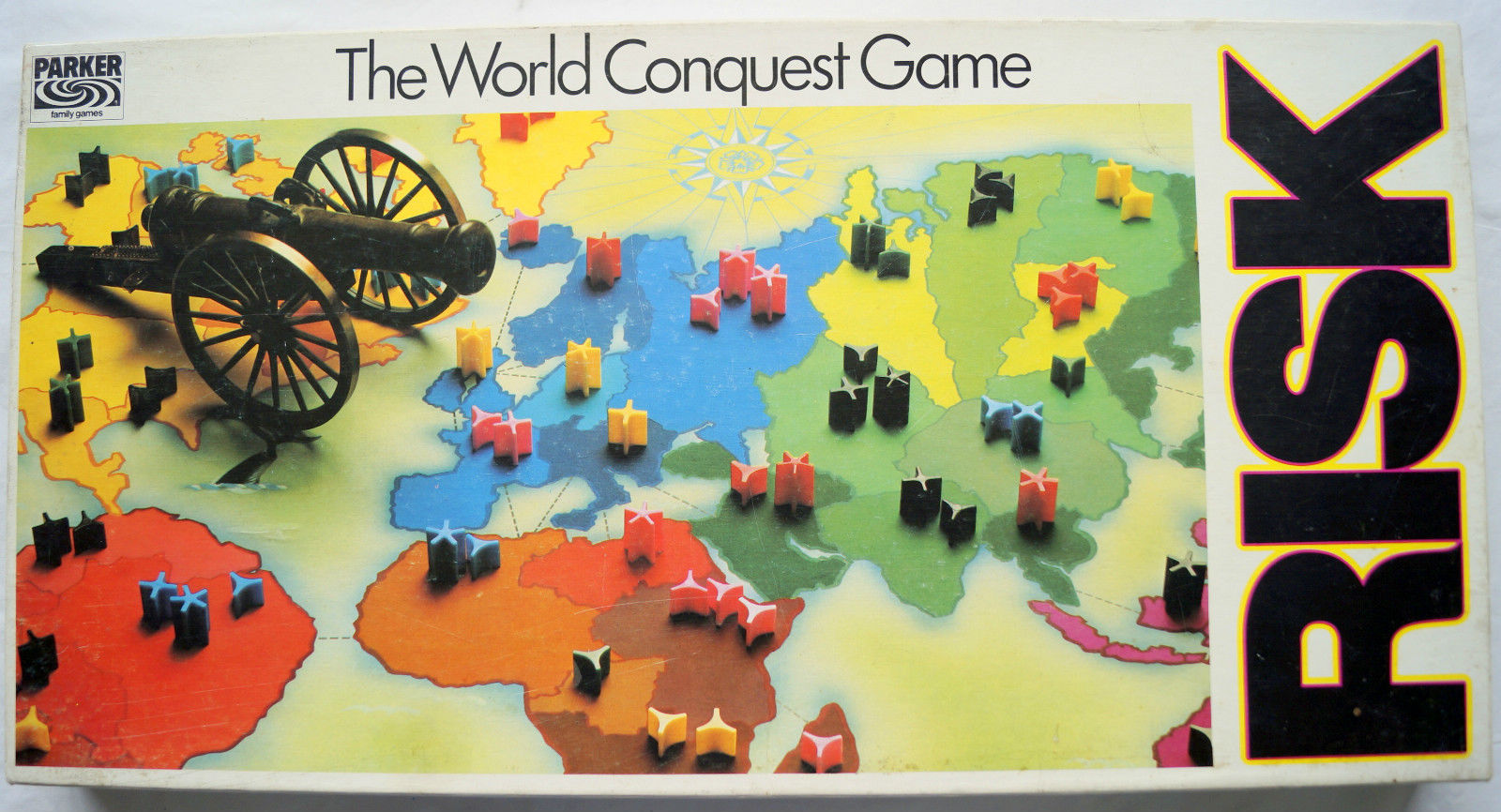 I didn’t mean to. Honest.  I just didn’t remember the rules right and we all used three white dice for defense instead of two, and that made conquering the world that much harder.  At this point, I’d like to humbly apologize to my friends for not reading the rules more carefully…

Since the game’s premiere in 1959, the RISK Empire has grown by leaps and bounds.  There are variations of the game such as Castle Risk (1986) and RISK 2210 AD (2001). Similarly, there have been RISK variations based on pop culture properties.  Over the last few years I have seen Doctor Who, Plants vs. Zombies, Lord of the Rings, Star Wars, Transformers and Game of Thrones versions of the classic game. You can also find RISK apps and computer games.

My son is just nine at this point, but as soon as he turns ten, I intend to graduate him from Stratego to RISK.

In the meantime, you can remember the first fifty five years of RISK with these old TV commercials for the classic board game: