Here’s another great spaceship toy from my childhood. I was just ten years old when Fisher Price released this giant plastic Alpha Probe toy as part of its Adventure People toy line.

As you can see from the illustrations accompanying this post, the Alpha Probe is a space shuttle-like craft with opening and closing cargo bay doors, and a space tether by which to connect the action figure astronaut.  The cockpit seats slide out so that an action figure can pilot the ship.

Those buttons — located on one wing — make such sounds as “roaring” take-off, “danger alert,” and space signals. 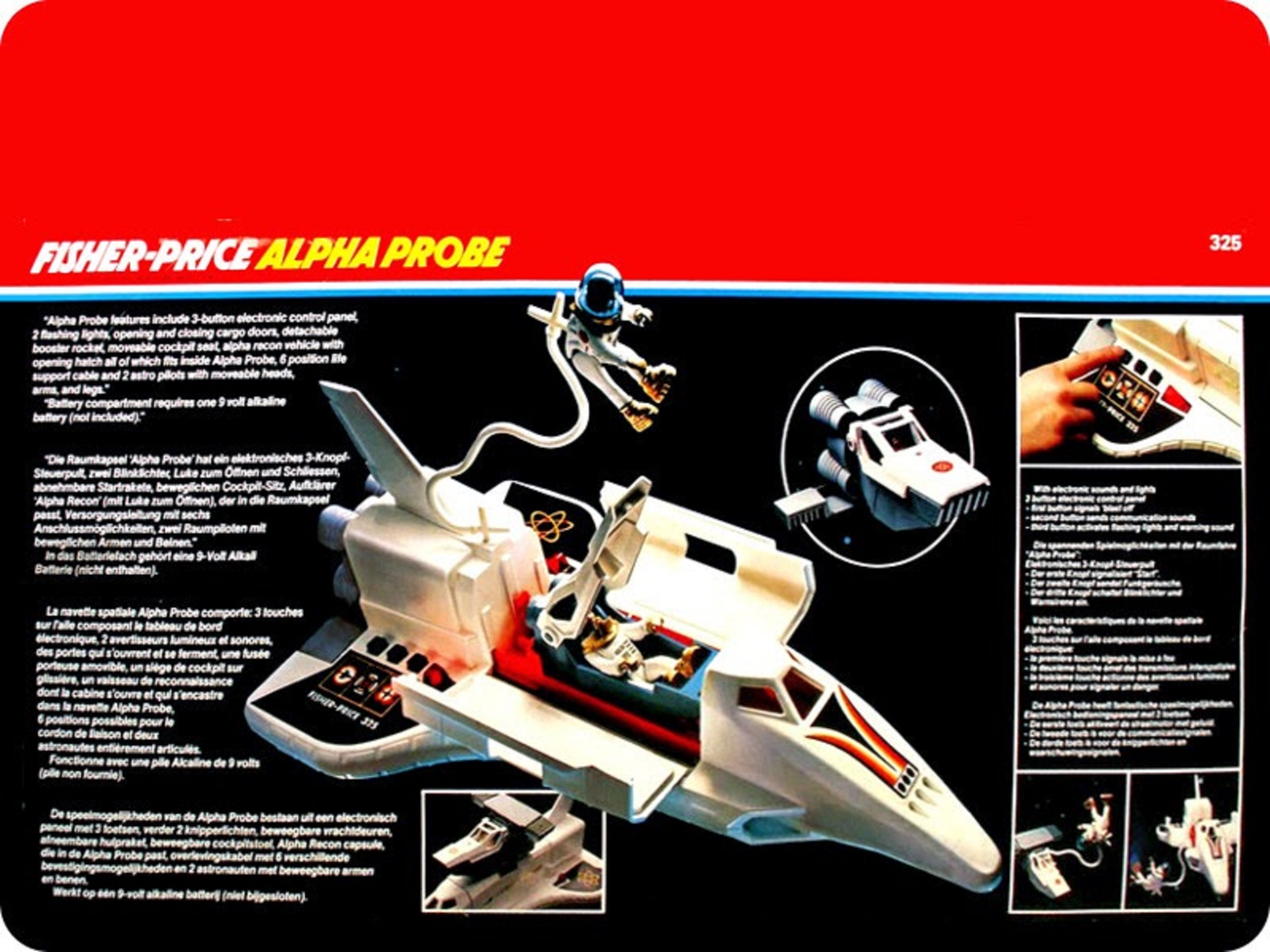 Inside the Alpha Probe cargo bay one can find a rocket recon sled, and as the ads suggested, “imagination makes” this toy “fly.”

In addition to the astronaut, Fisher Price manufactured several Adventure People action figures to experience missions alongside the astronaut.  There were, for instance, two green-skinned beings of a translucent, semi-cyborg-ish nature.

One of my cousins got this toy before me back in 1980, and I was jealous, in part because of the sheer size of the toy.  The probe was an absolute Goliath.

Fortunately, I got my hands on one soon after, and took it out of mothballs a few years ago so I could play with it with my son. 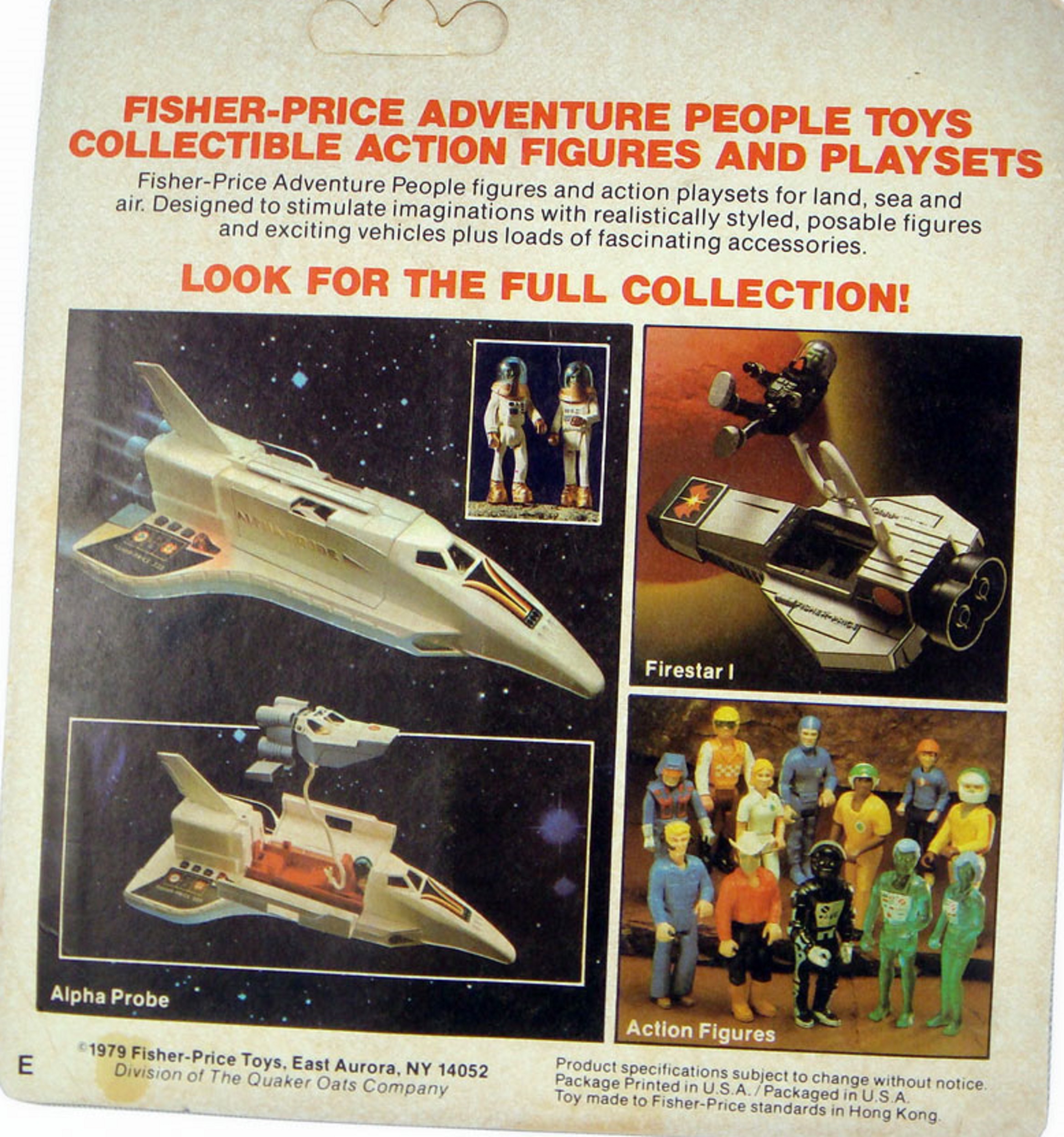 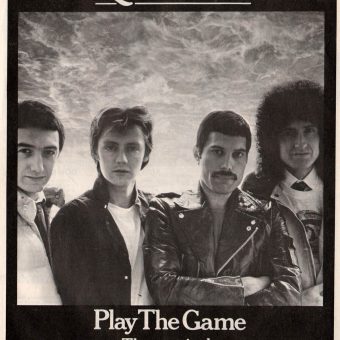