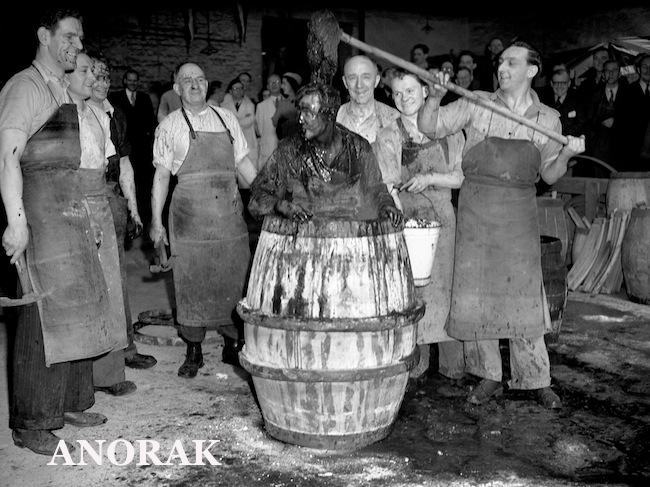 FLASHBAK to May 1953:  23 year old Albert George Stokes of Corrie Street, Battersea, an apprentice cooper at the Watney Stag brewery in Victoria, was passed out this morning with traditional ceremony by his colleagues. Roll out the barrels. 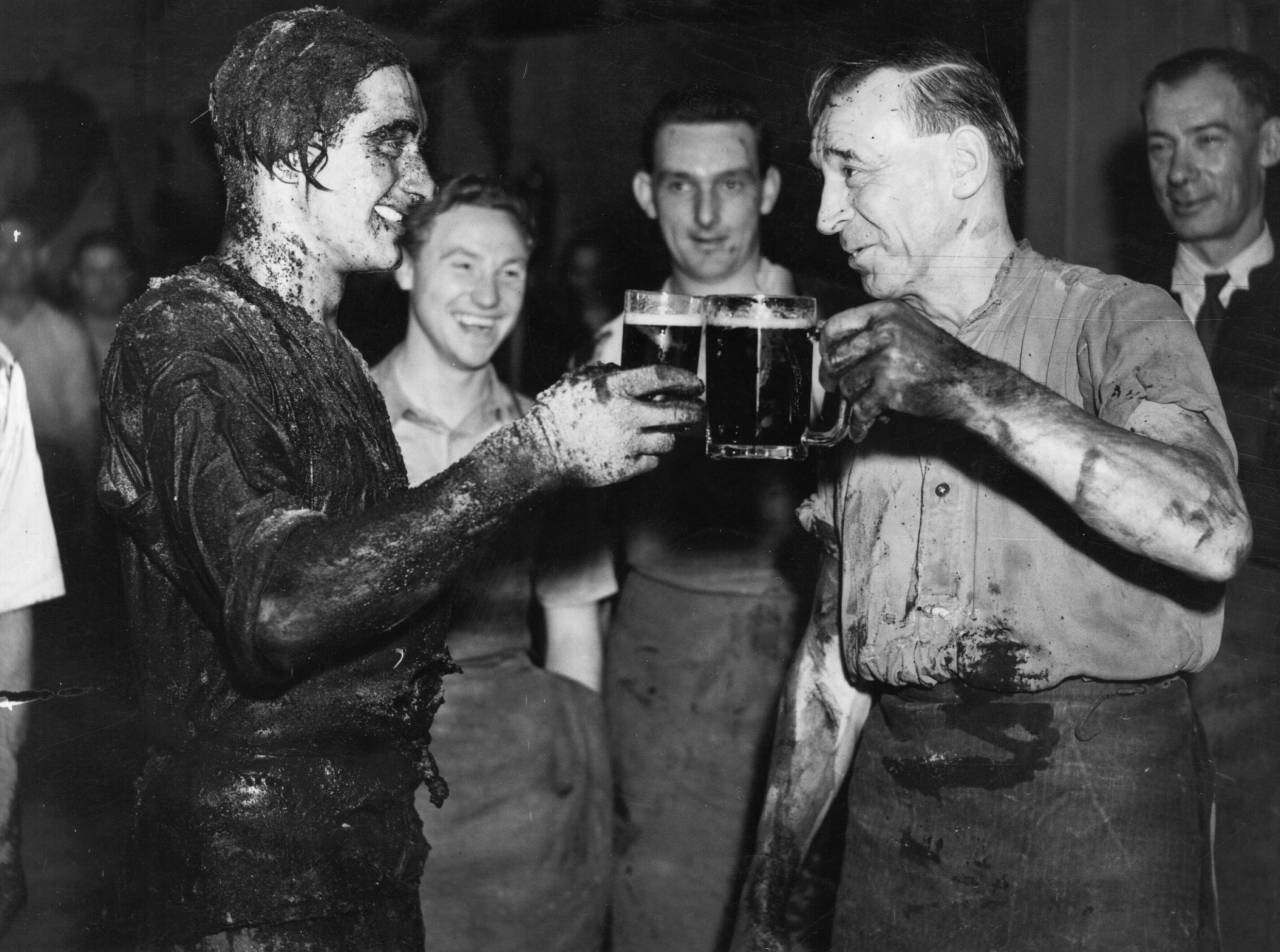 1st September 1950: P Newton, right, toasting his pupil apprentice cooper R A Barban after his passing out ceremony at Watney’s Stag Brewery, Mortlake, London. During the ceremony, called ‘Trussing the Cooper’, the cooper is encased in his own barrel, has various concoctions including beer poured over him and is rolled around the brewery in the barrel. (Photo by Topical Press Agency/Getty Images) 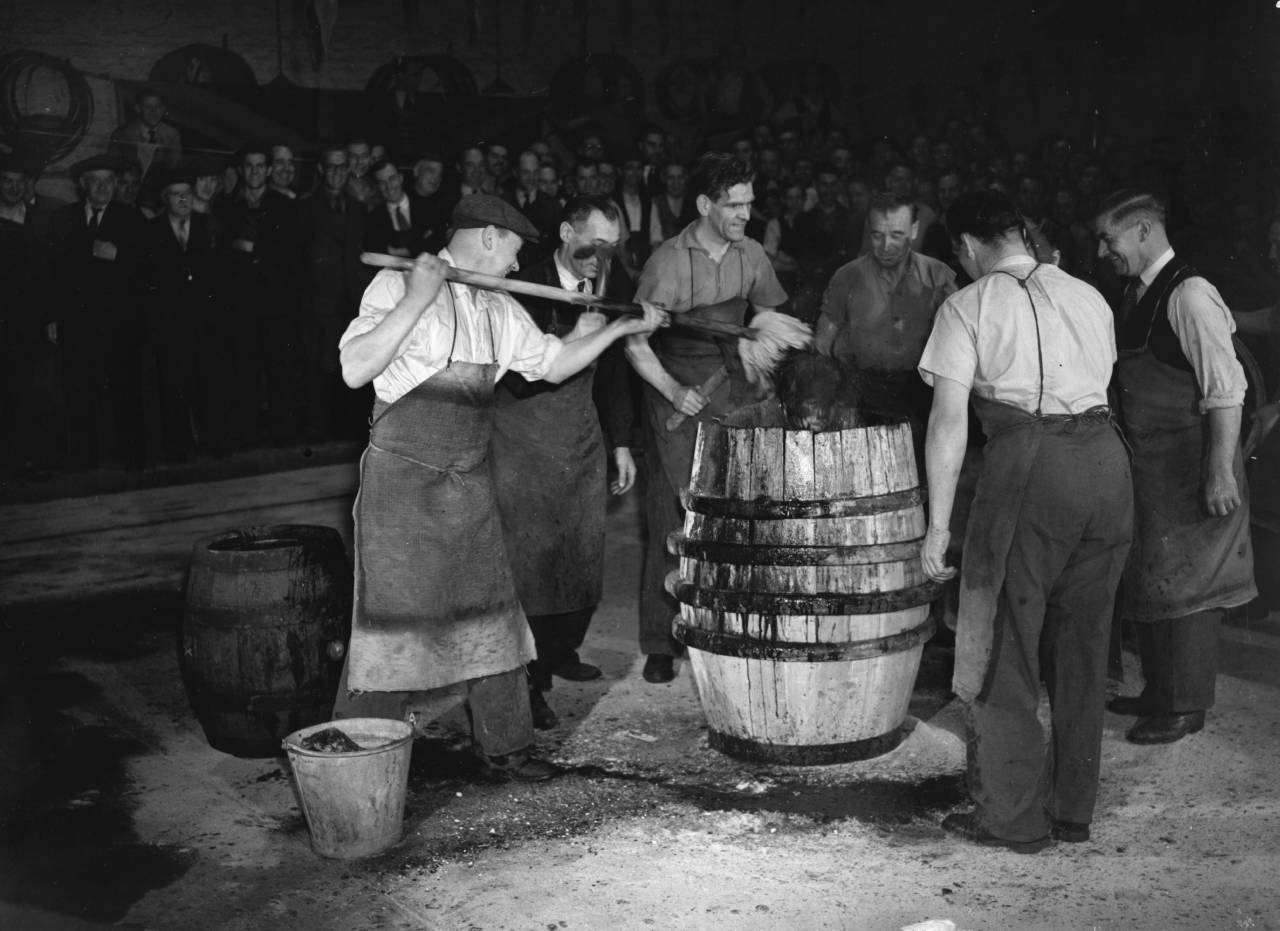 1st September 1950: An apprentice cooper from Watney’s Stag Brewery in Mortlake is put in a barrel and doused with soot, sawdust and beer at the brewery, by his workmates. (Photo by J. A. Hampton/Topical Press Agency/Getty Images)