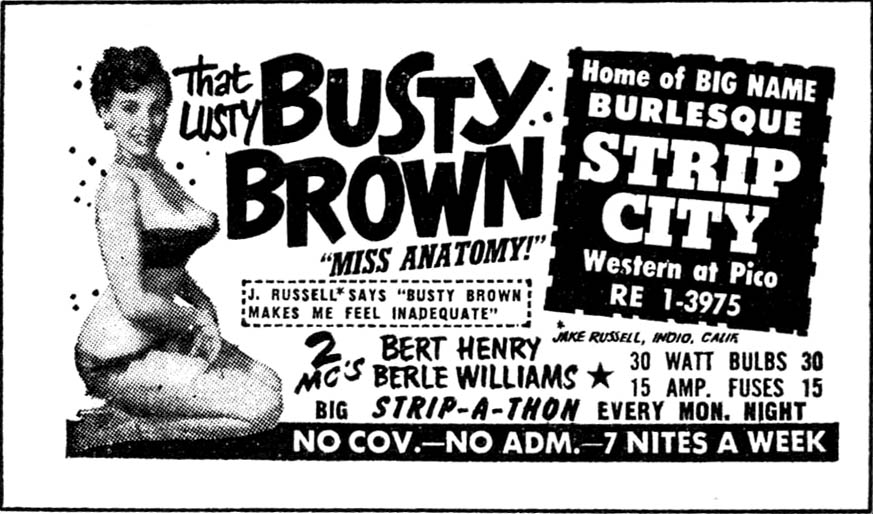 In a time before home video, almost every city in the US had its local house of burlesque and striptease. It varied from the classy Playboy club, respectable enough to take a first date, to the seedy strip club down the dark alley. You could argue that society was actually more accepting of this sort of smut than they are today, with big proud ads appearing in your local newspapers.

So, here are some advertisements from a time when there was no hiding it, and we had, I would argue, a healthier attitude about this whole sleazy business.  When newspapers from big cities to small Midwest towns, had big ballsy ads for dad to look at while having his coffee and eggs. 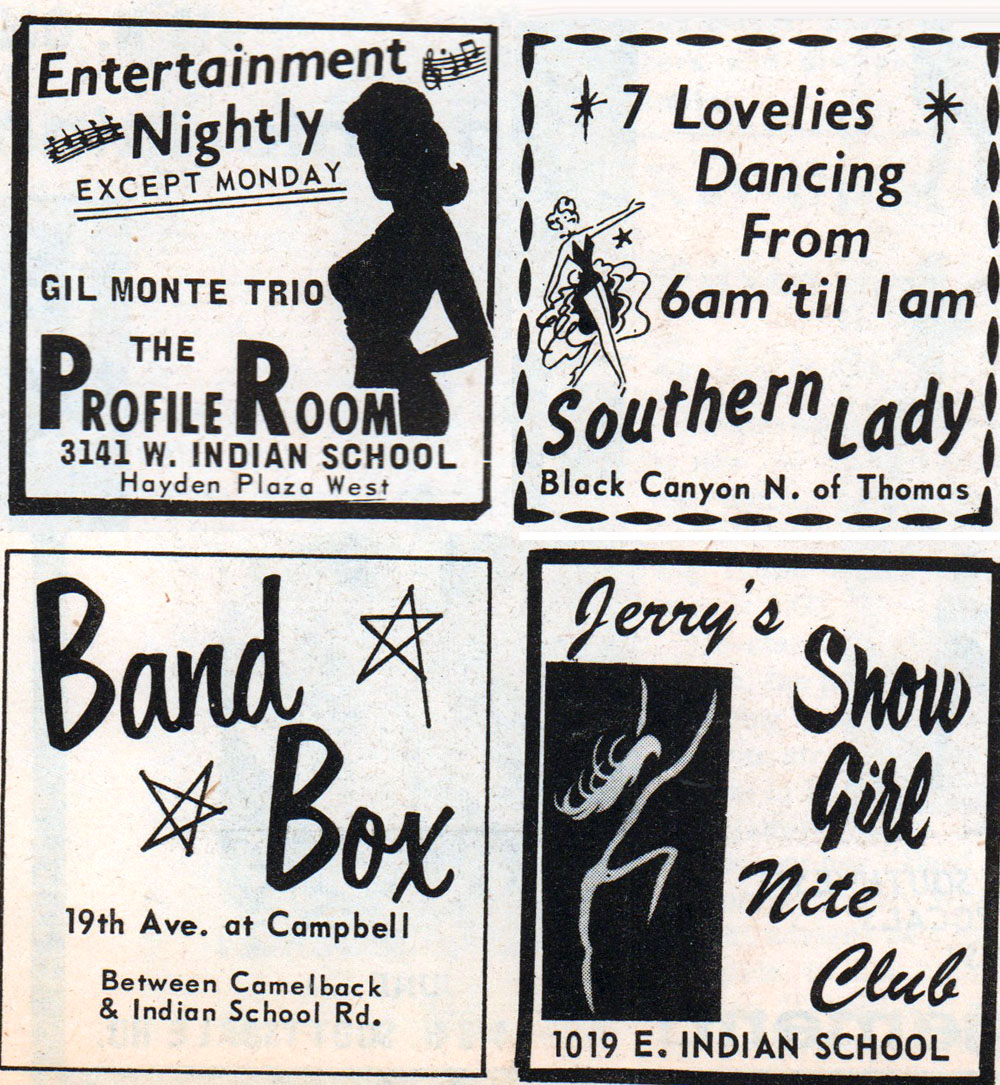 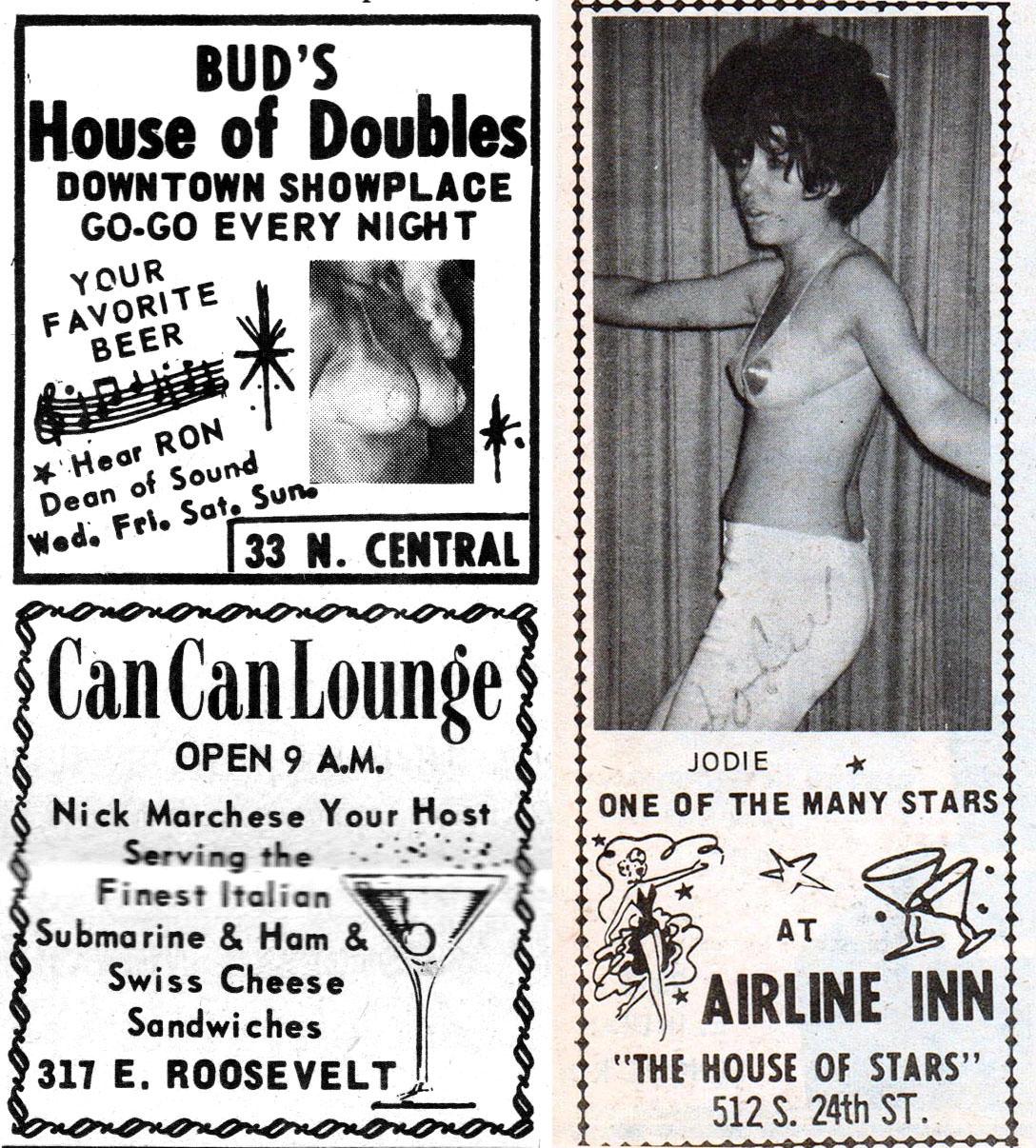 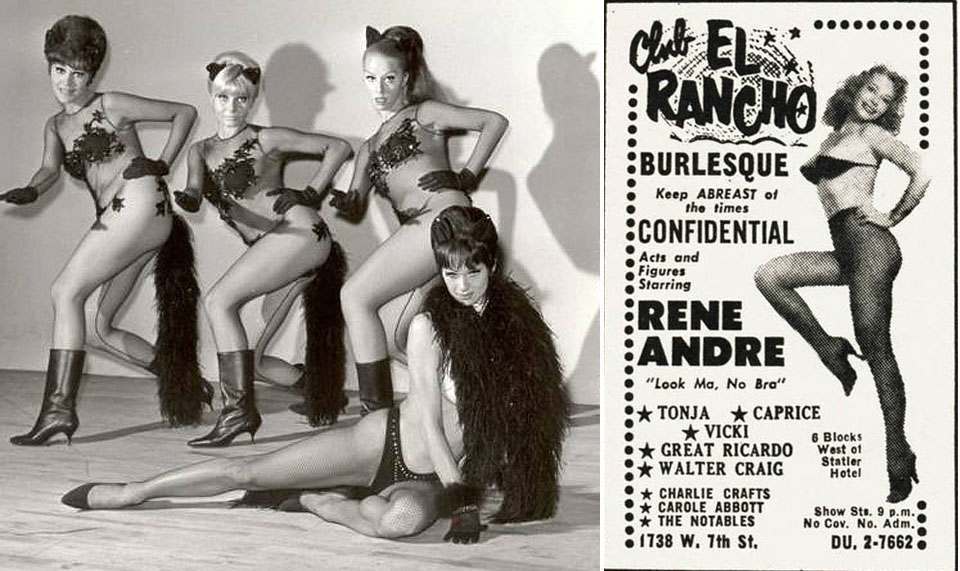 For more on the history see: Burlesque in America: From Heyday to Final Shabby Demise 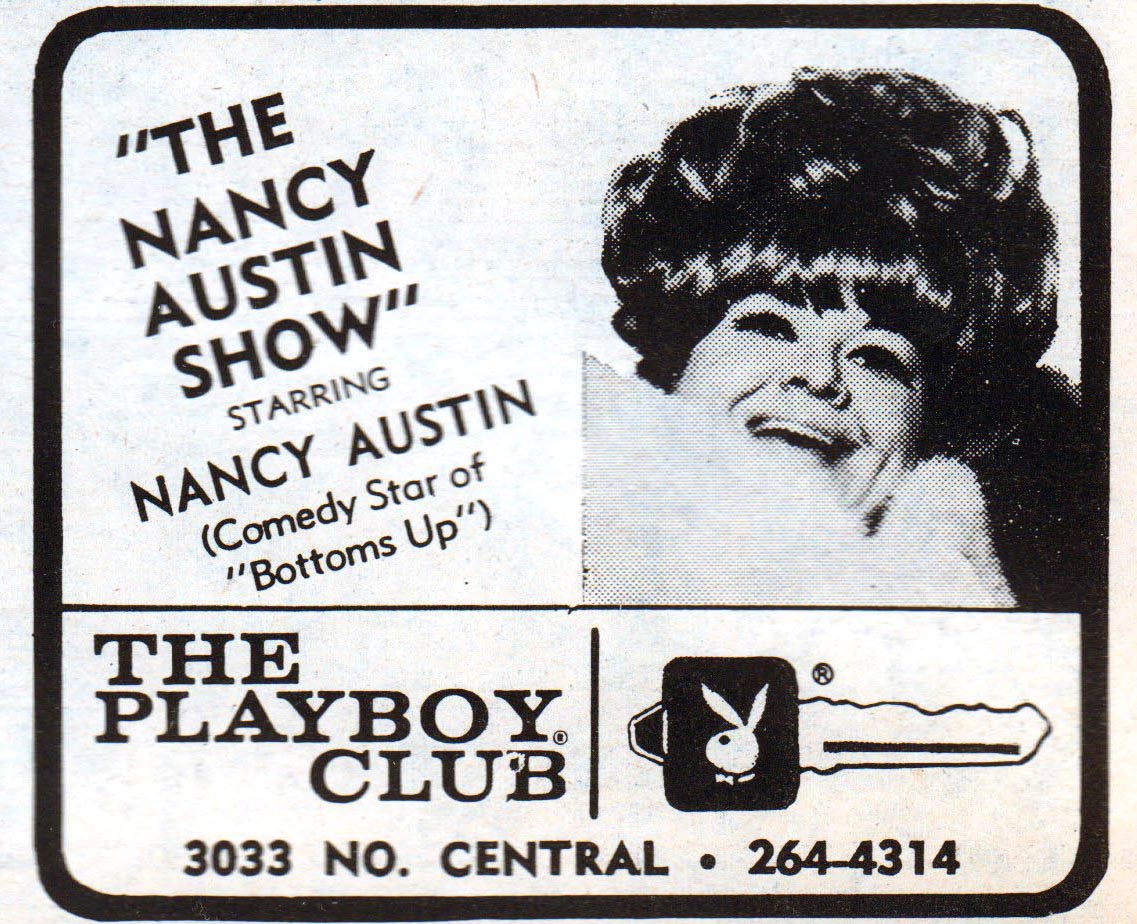 For more on the golden days of the Playboy Club see: 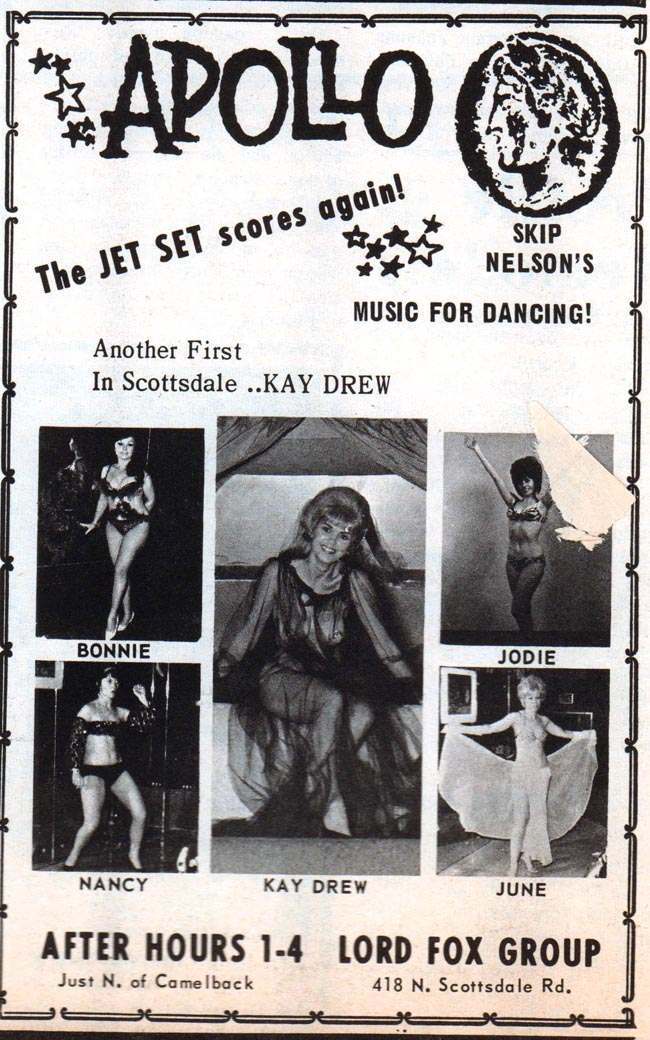 This ad comes from Bachelor’s Beat newspaper from Arizona.  For more see: 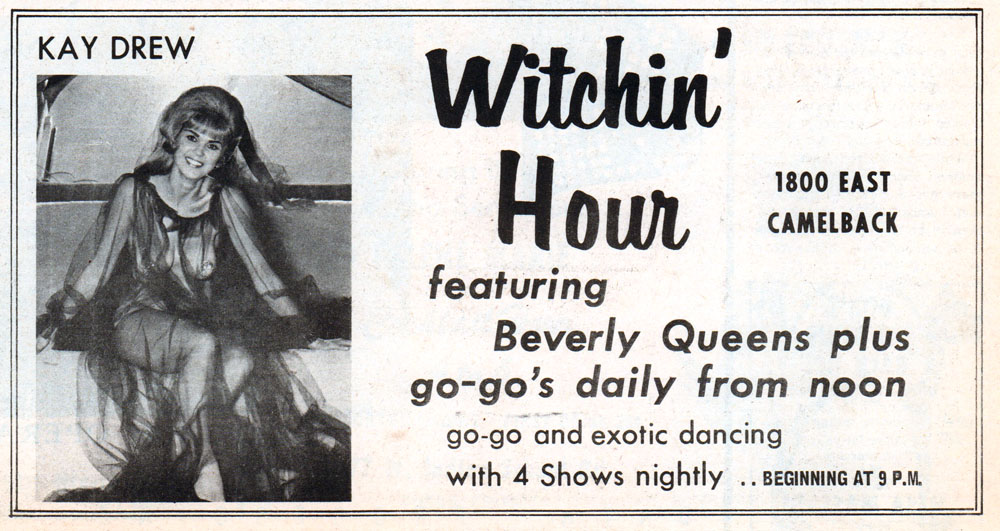 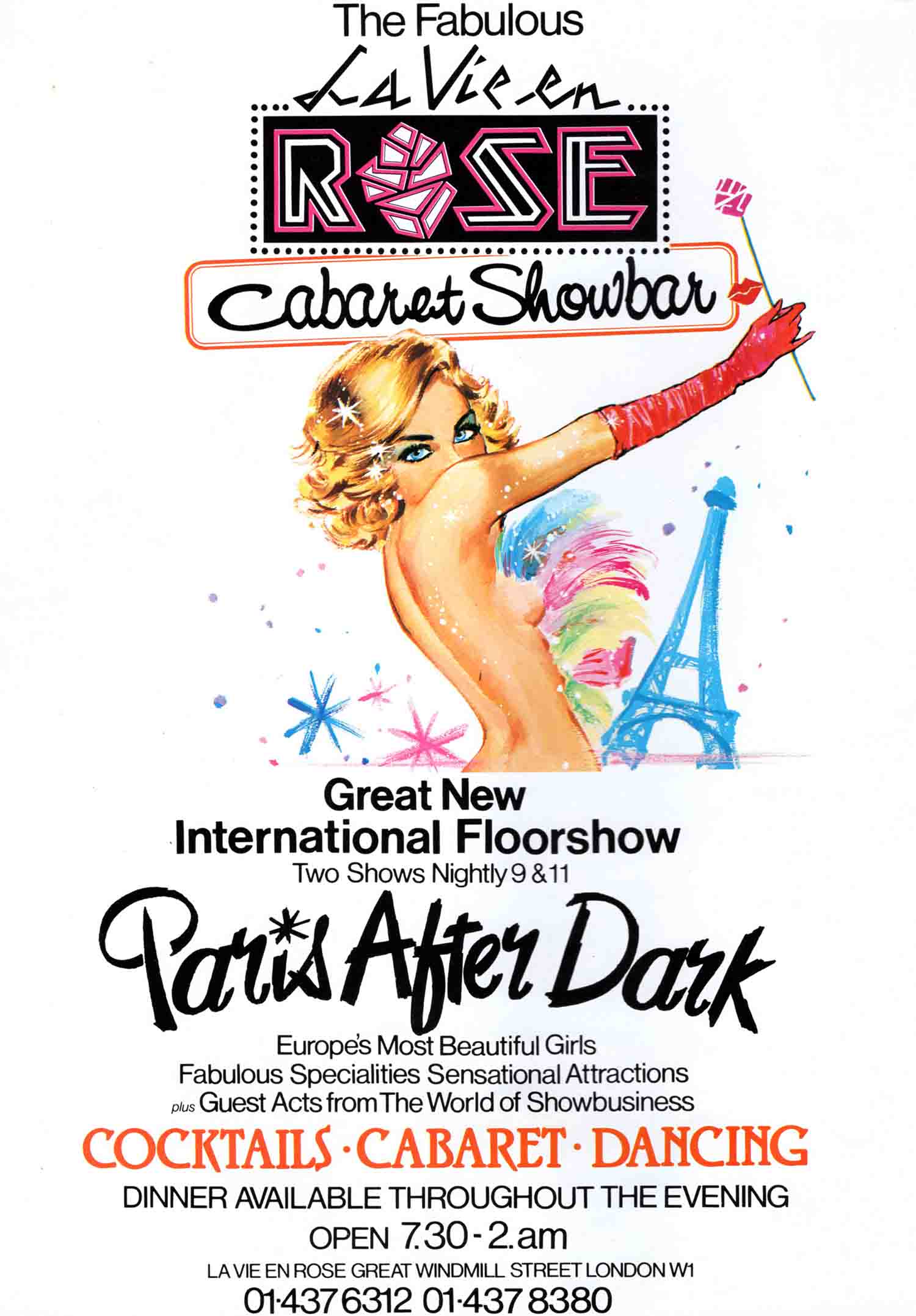 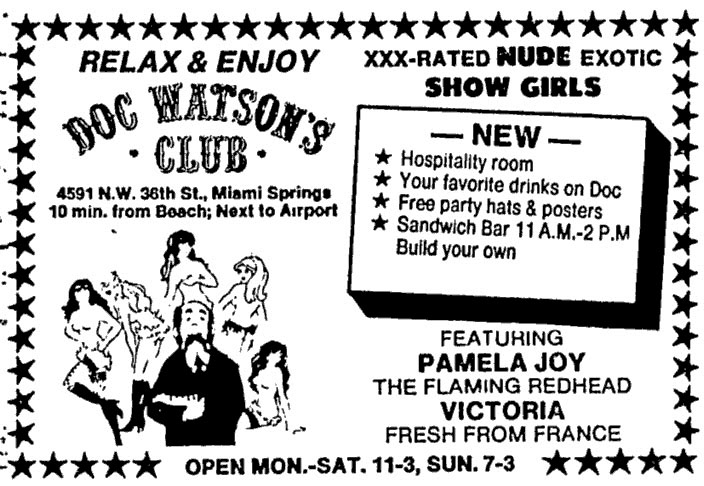 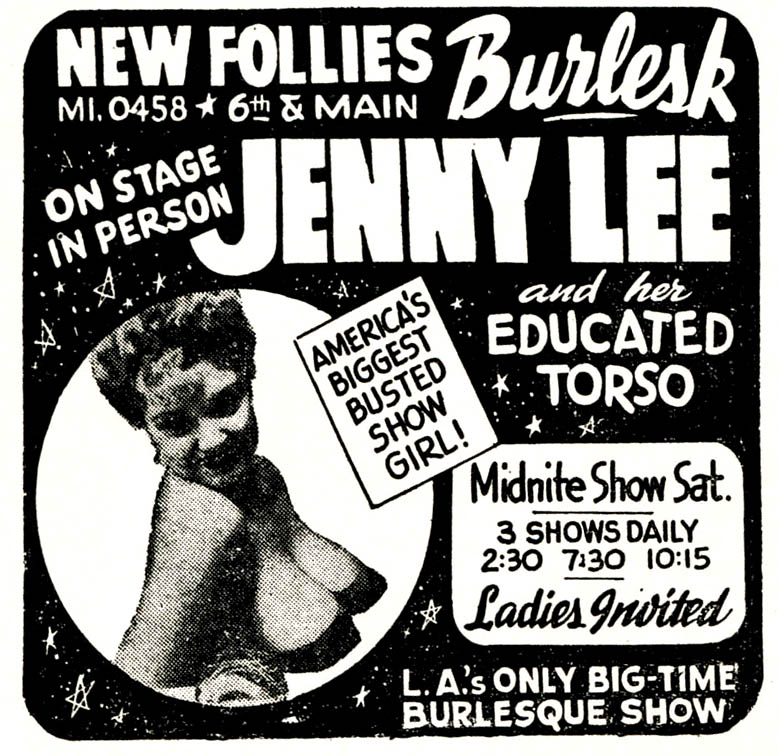 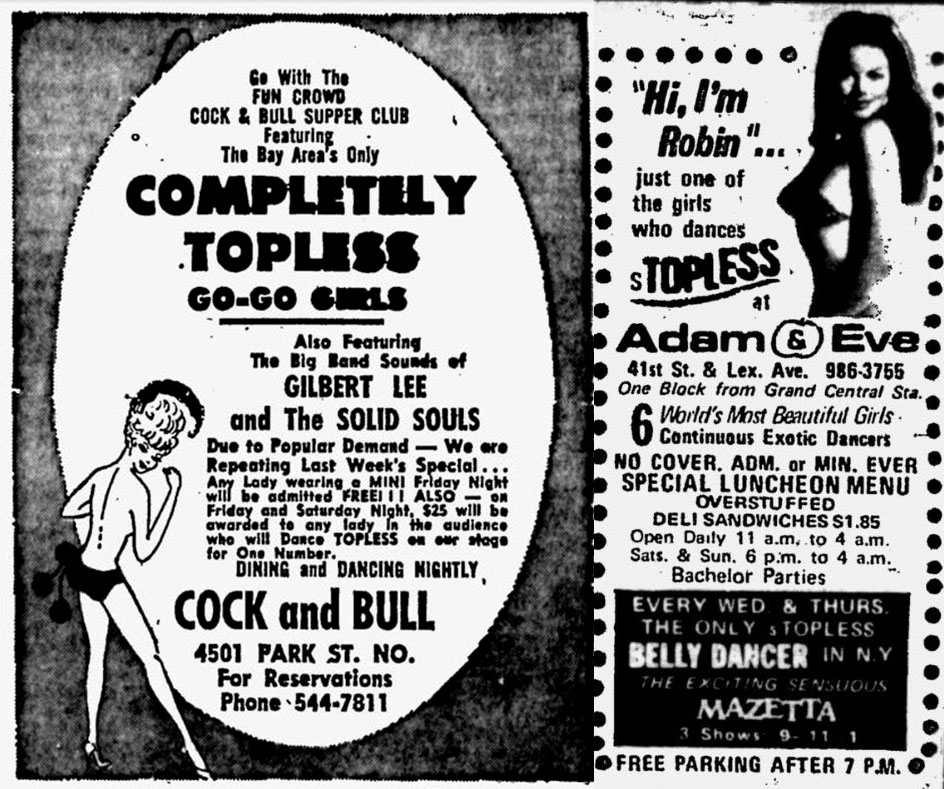 Nothing better than topless belly dancers and “overstuffed deli sandwiches”. Living the dram. 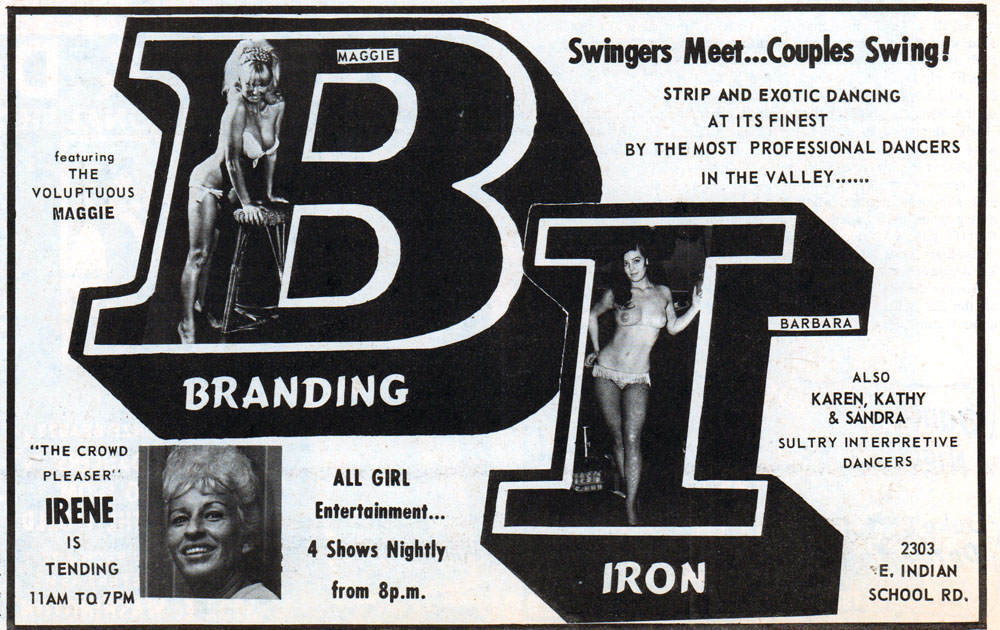 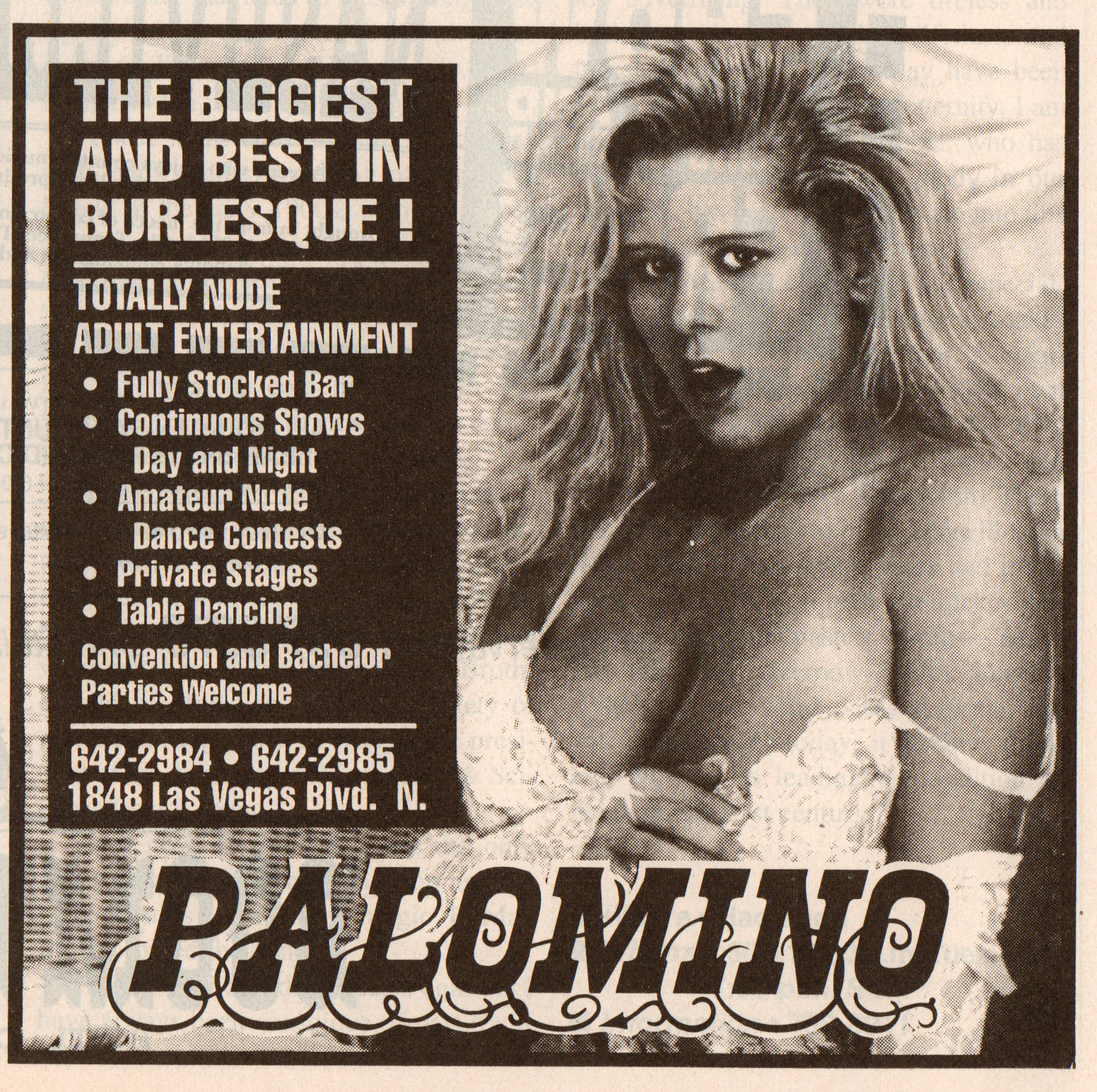 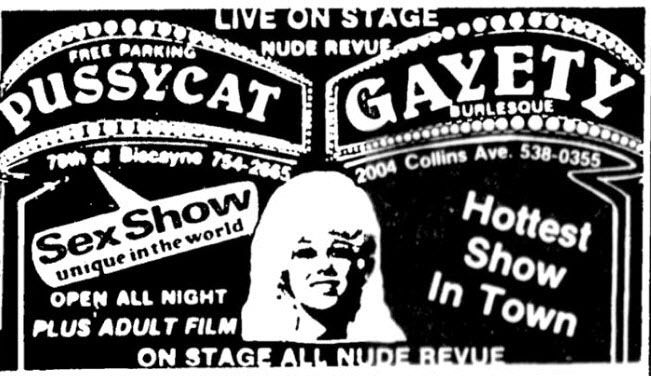 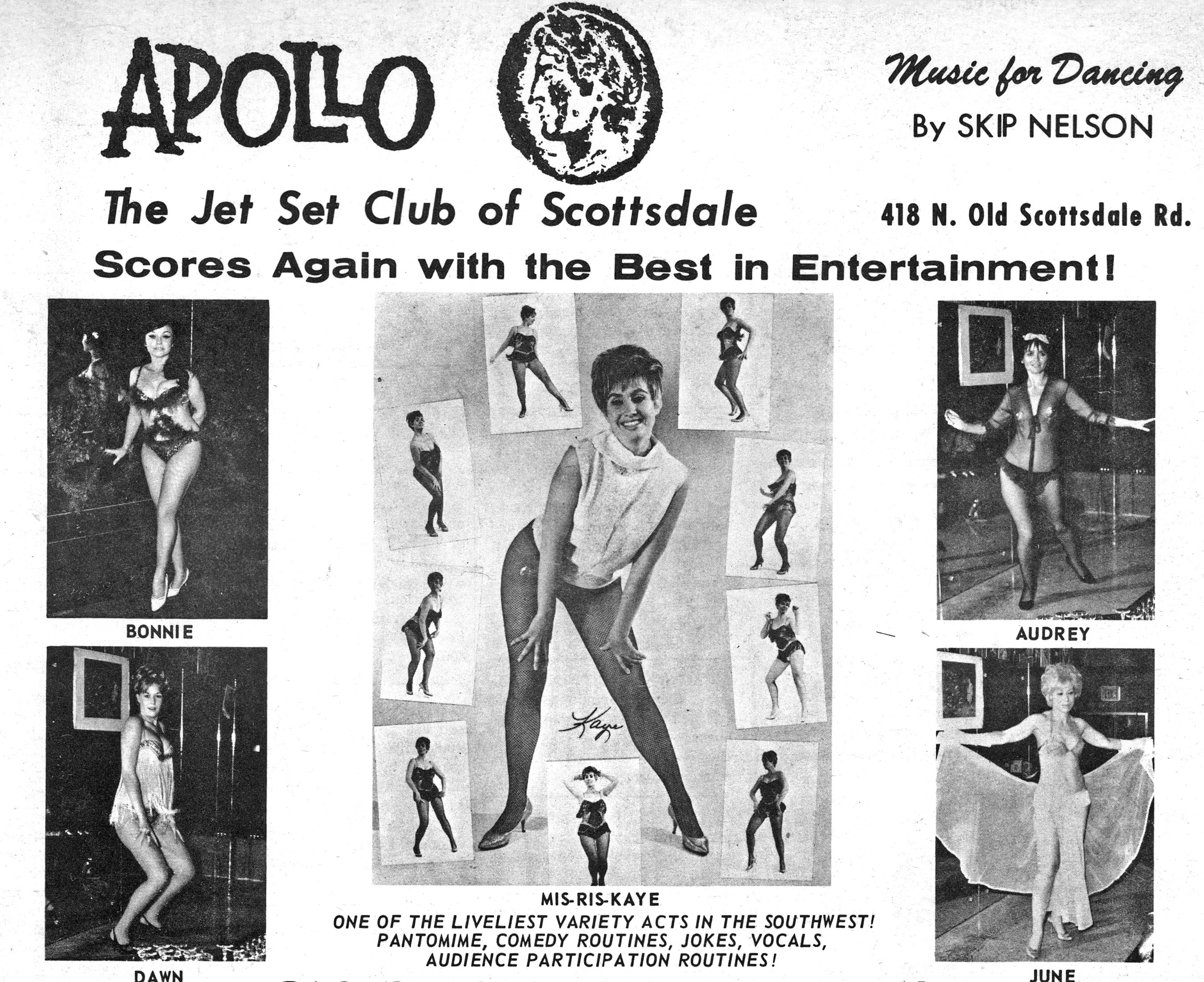 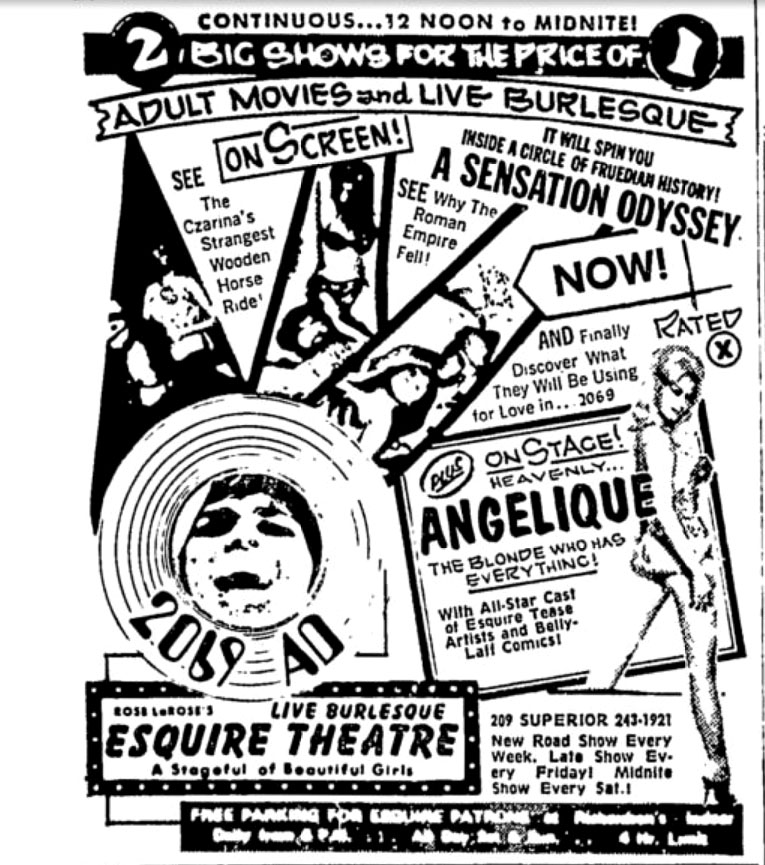 From The Toledo Blade (1970): “See Czarina’s Strangest Wooden Horse Ride, See Why the Roman Empire Fell, and Finally Discover What They Will Be Using For Love In.. 2069!” 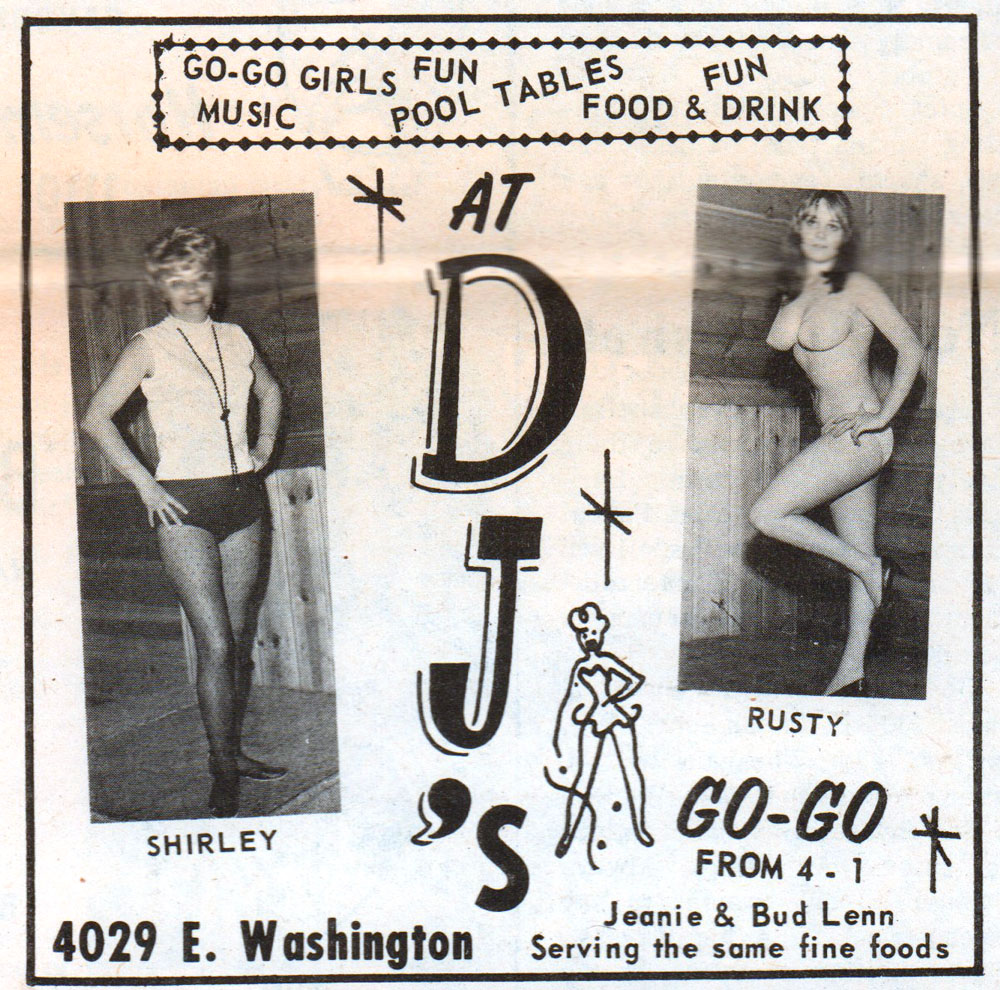 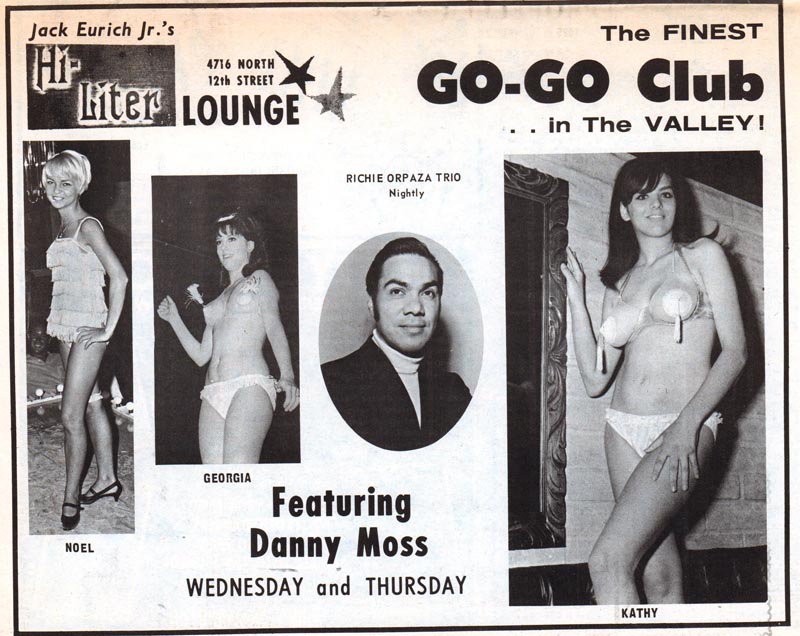 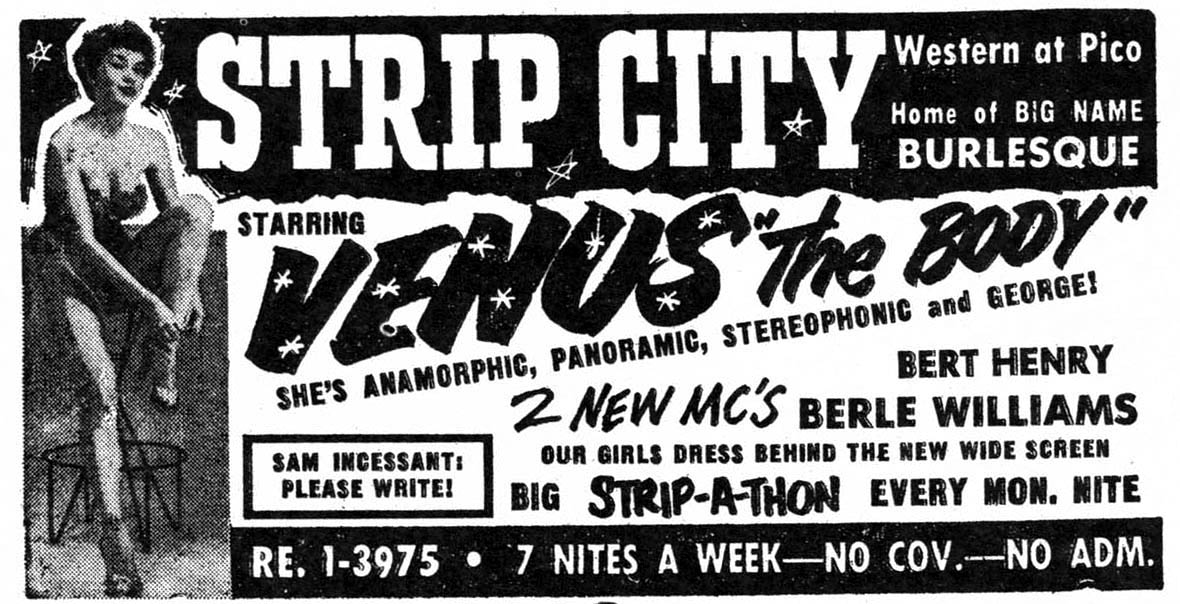 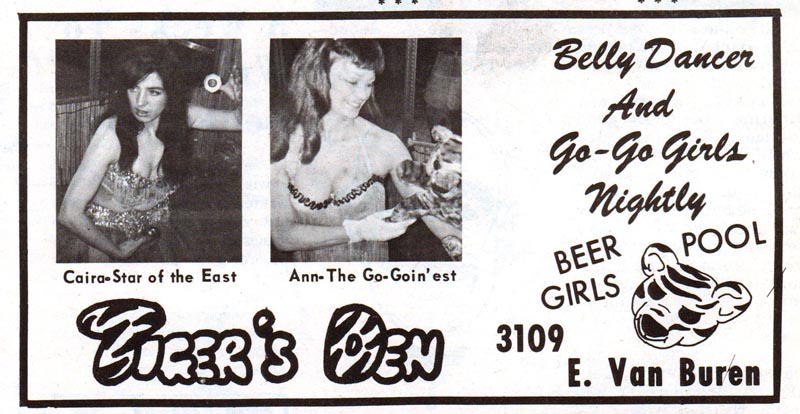 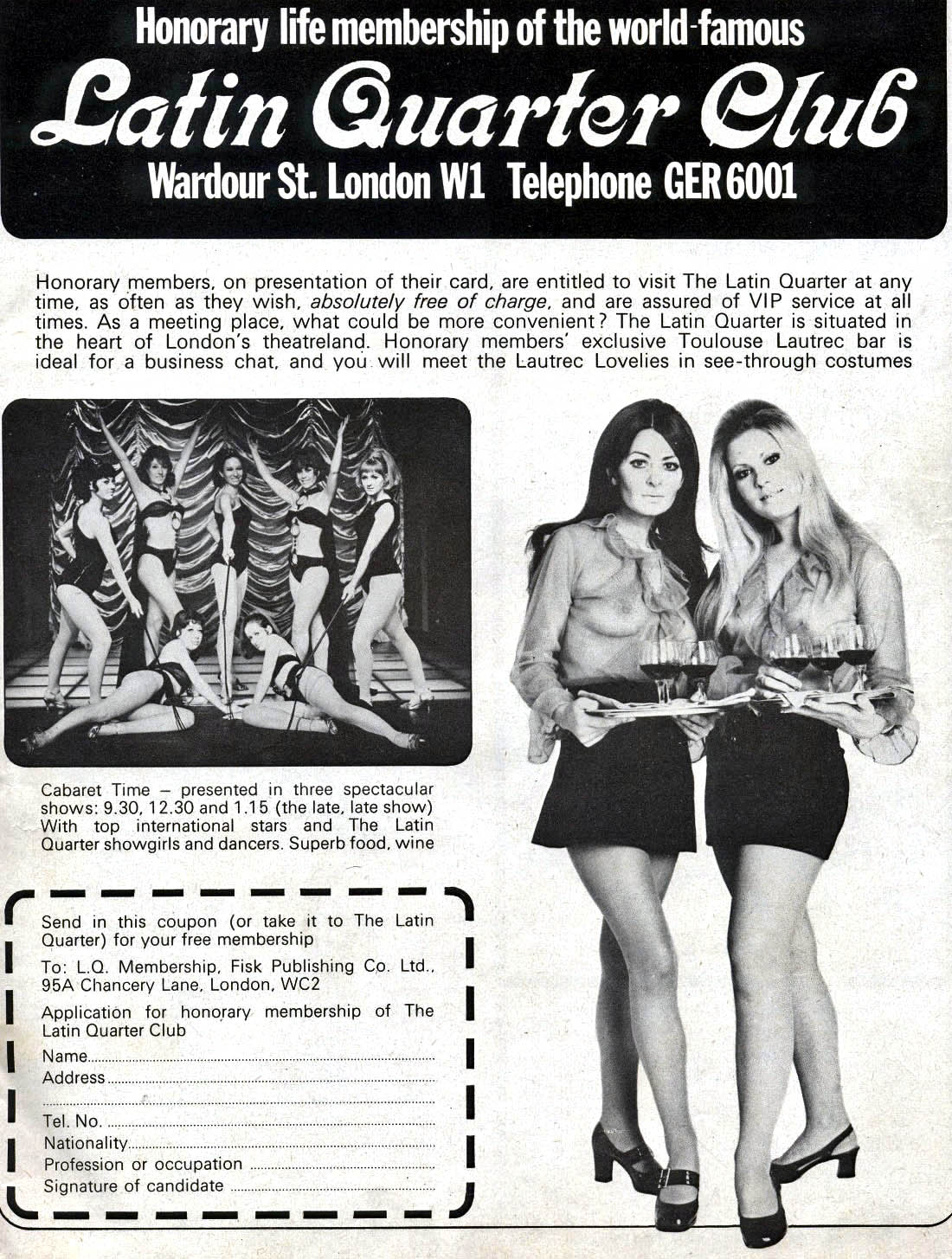 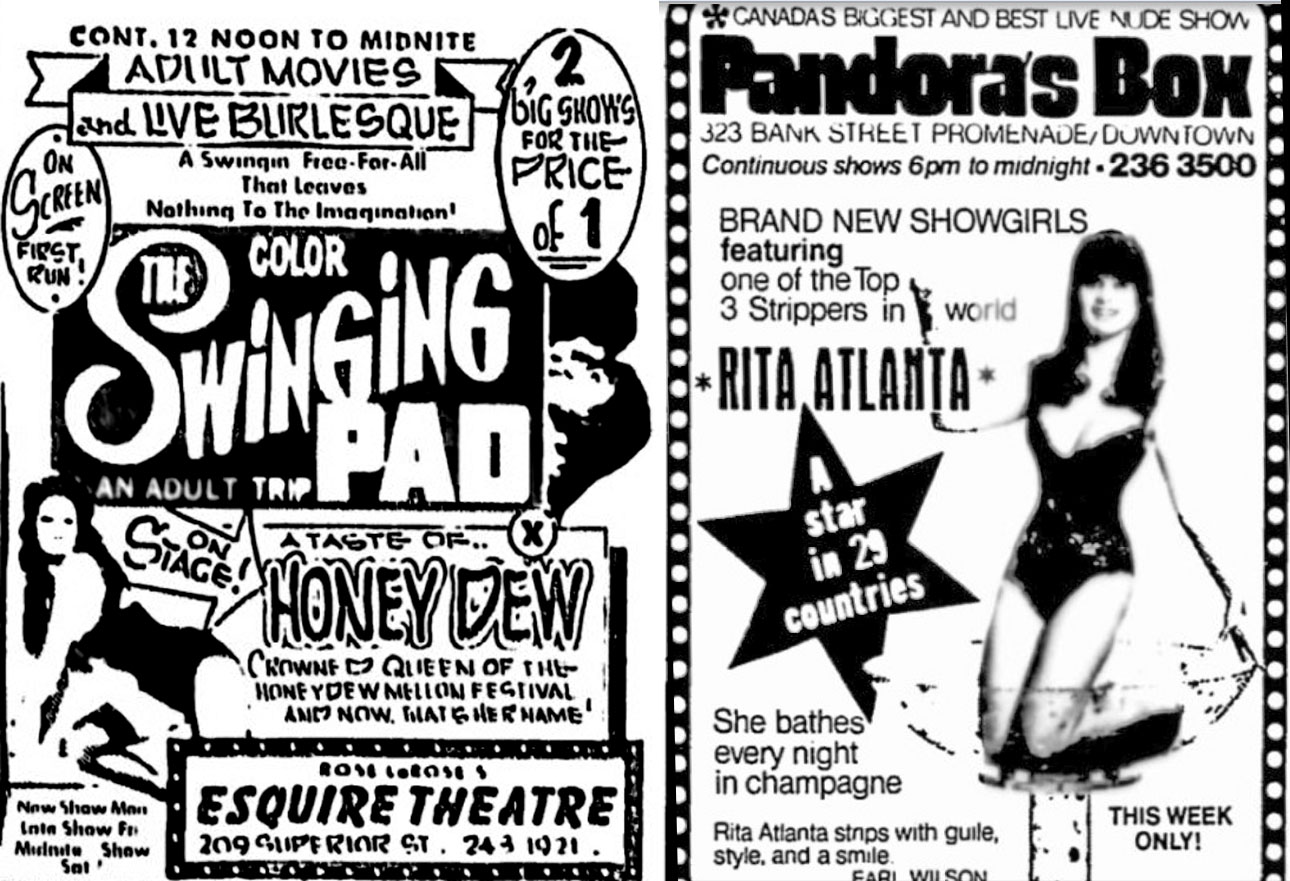 “She bathes every night in champagne… Rita Atlanta strips with guile, style, and a smile.” 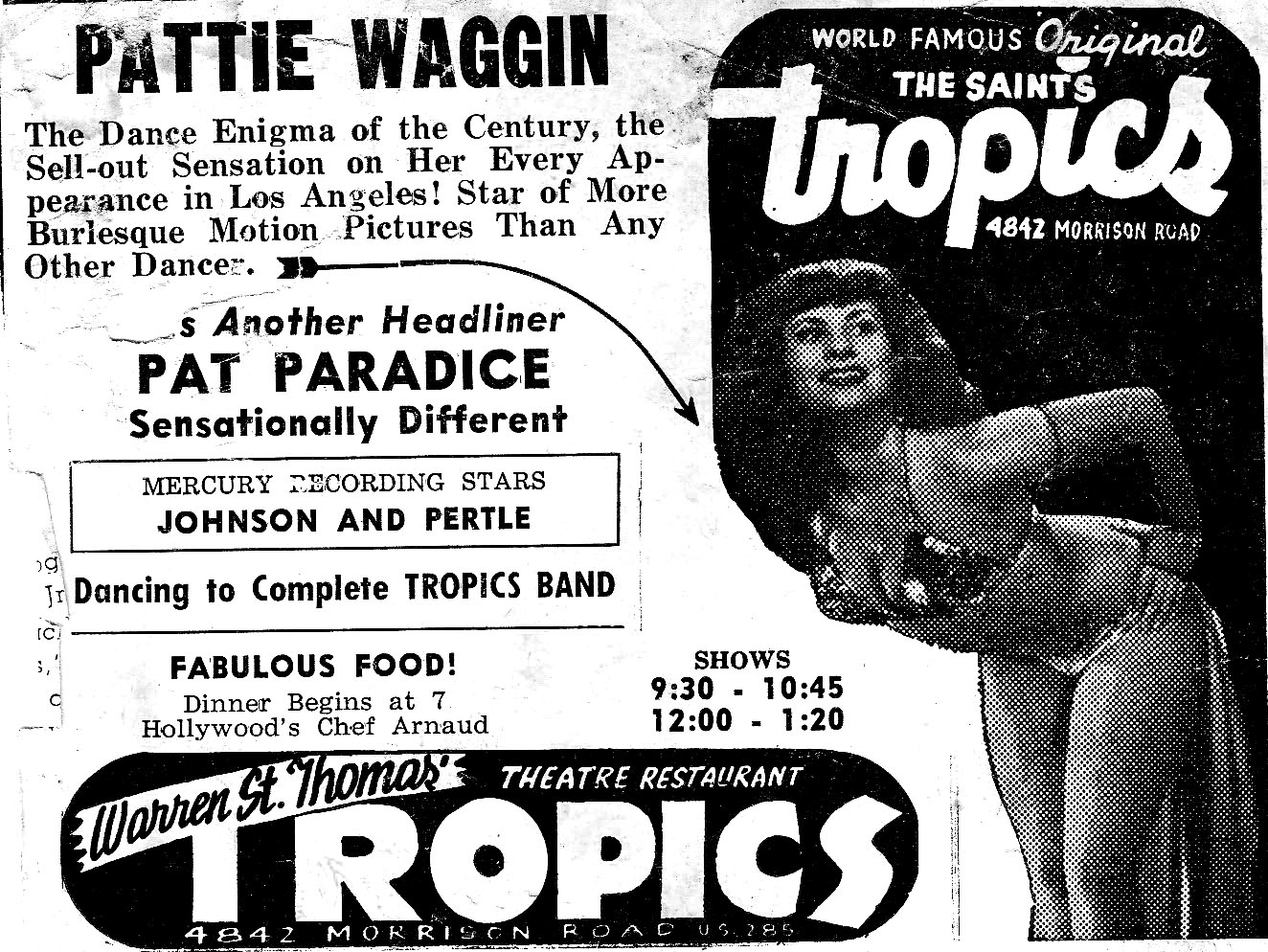 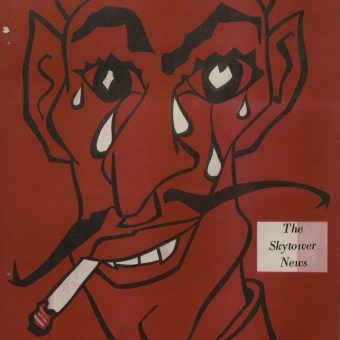 Forlorn Hope: The First of 500 US Prison Newspapers