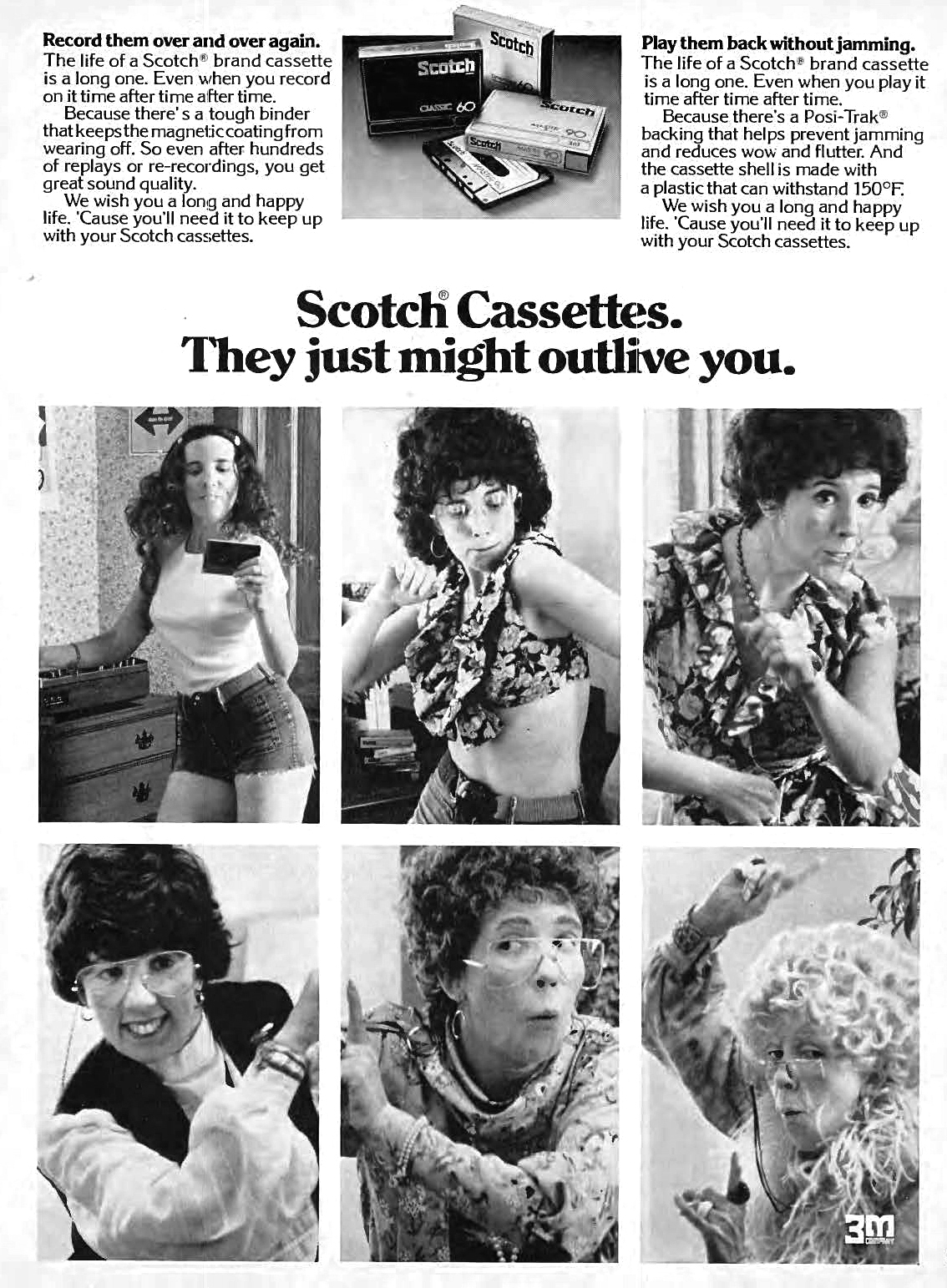 Never has an advertisement lied as badly as this Scotch cassette tape ad from 1976.  Tapes are a lot of things – but durable is not one of them.  Granted, I still have my Men at Work tape purchased in 1983 and it works fine – but for every long-lived tape, there are ten times that number who bit the dust in the tape deck.  Even rewinding them with your pencil couldn’t save them.

Fragility aside, the advent of the cassette tape was a major breakthrough for music lovers – a boon that can’t be appreciated by millennials who take music-on-demand for granted. To be able to record Casey Kasem’s Top 40 and create a mix tape for your girlfriend – you just can’t underestimate how awesome that was.

So, let’s have a look at some cassette tape advertising from the 1960s through the 1980s. Enjoy. 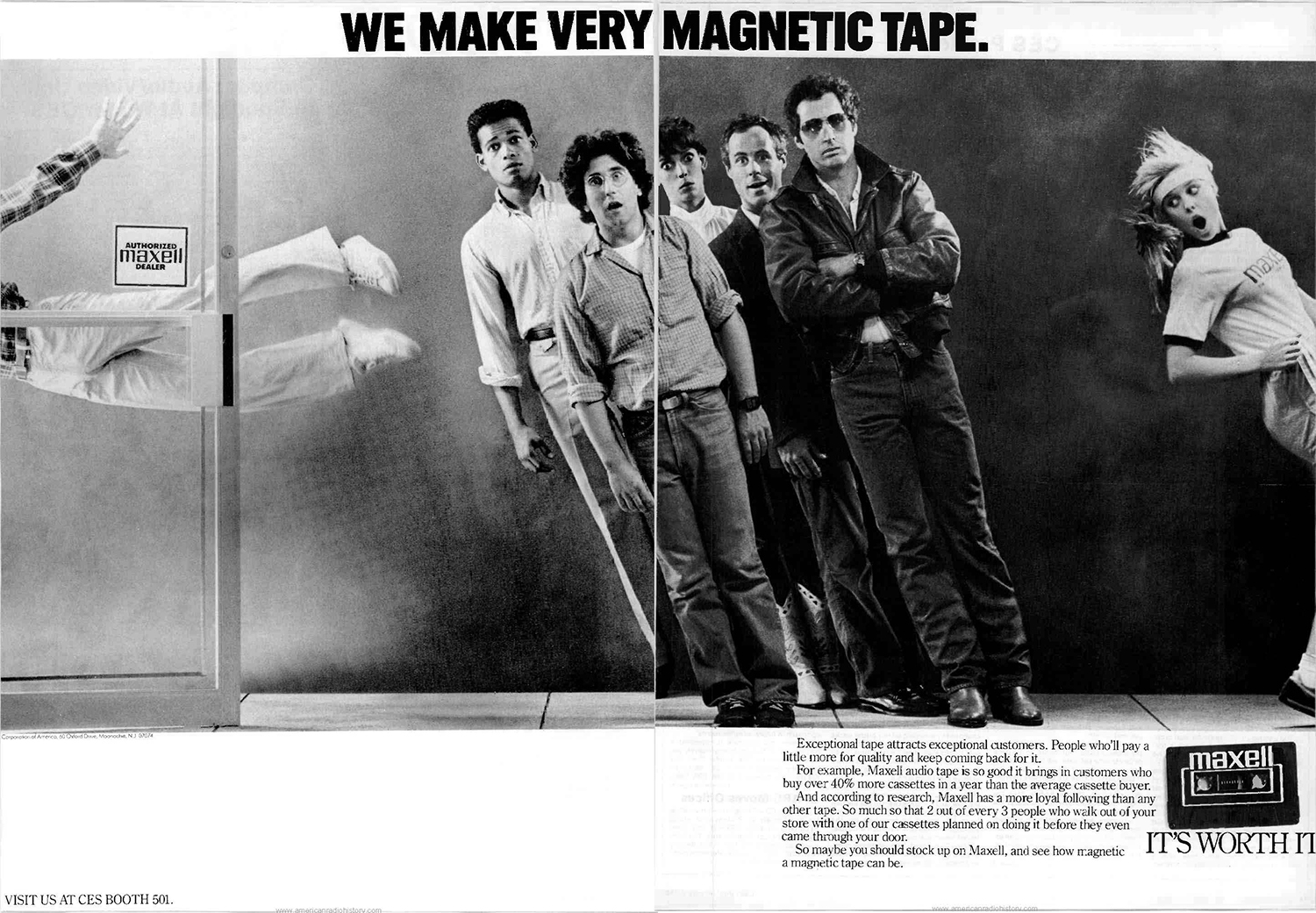 This ad comes to you from 1982 – and I think that’s Mario Van Peebles on the left. 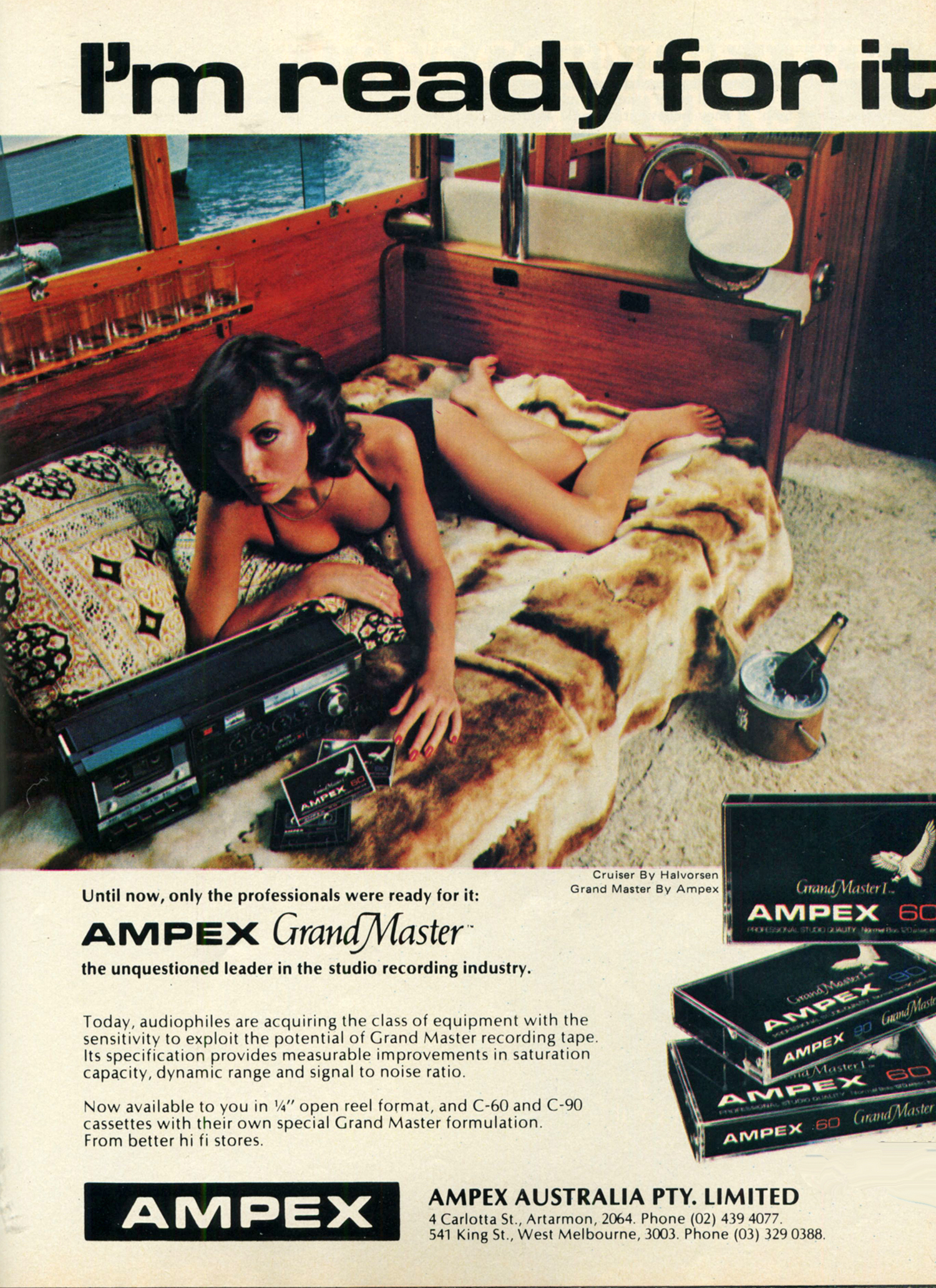 “I’m ready for it”… and by “it” I don’t think she means Kenny Loggins’ Greatest Hits on Ampex cassette. 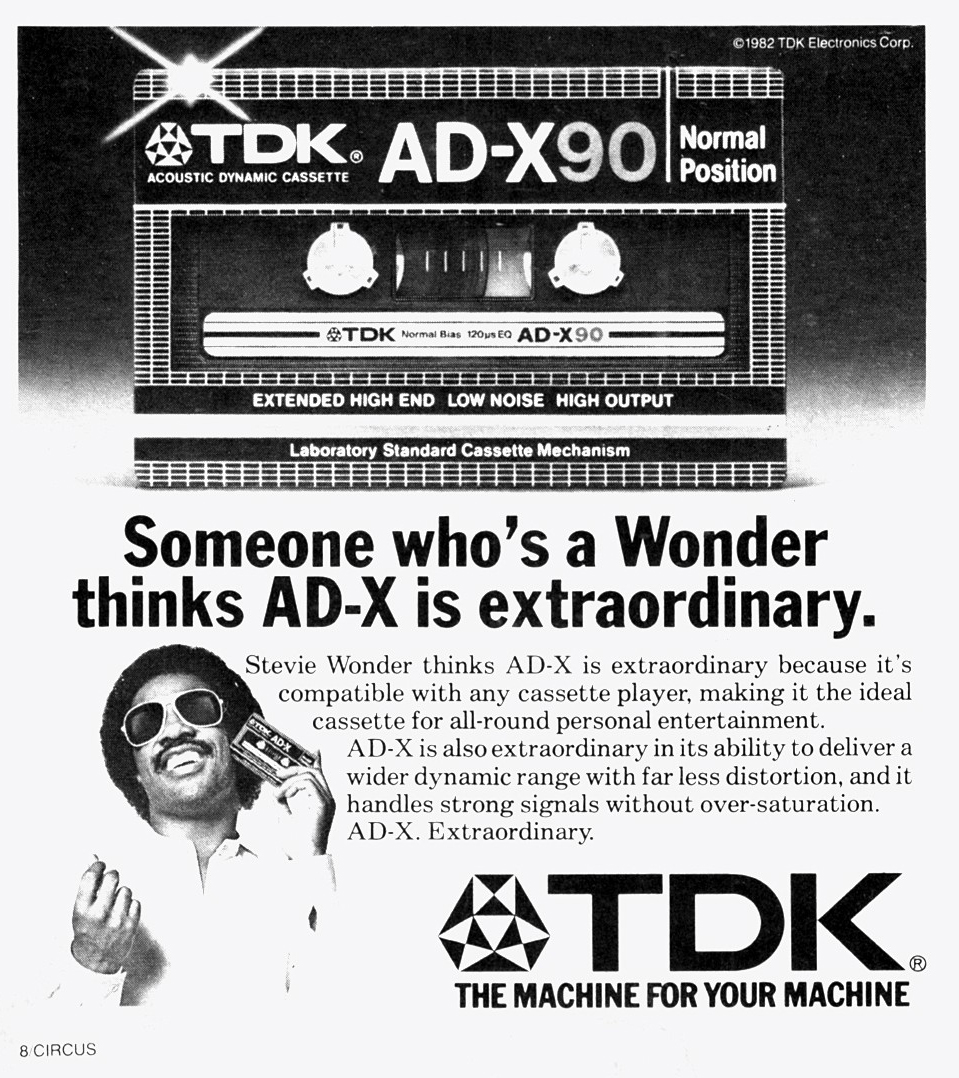 Stevie, that’s not how you listen to a cassette tape.  You have to put it in the stereo first. 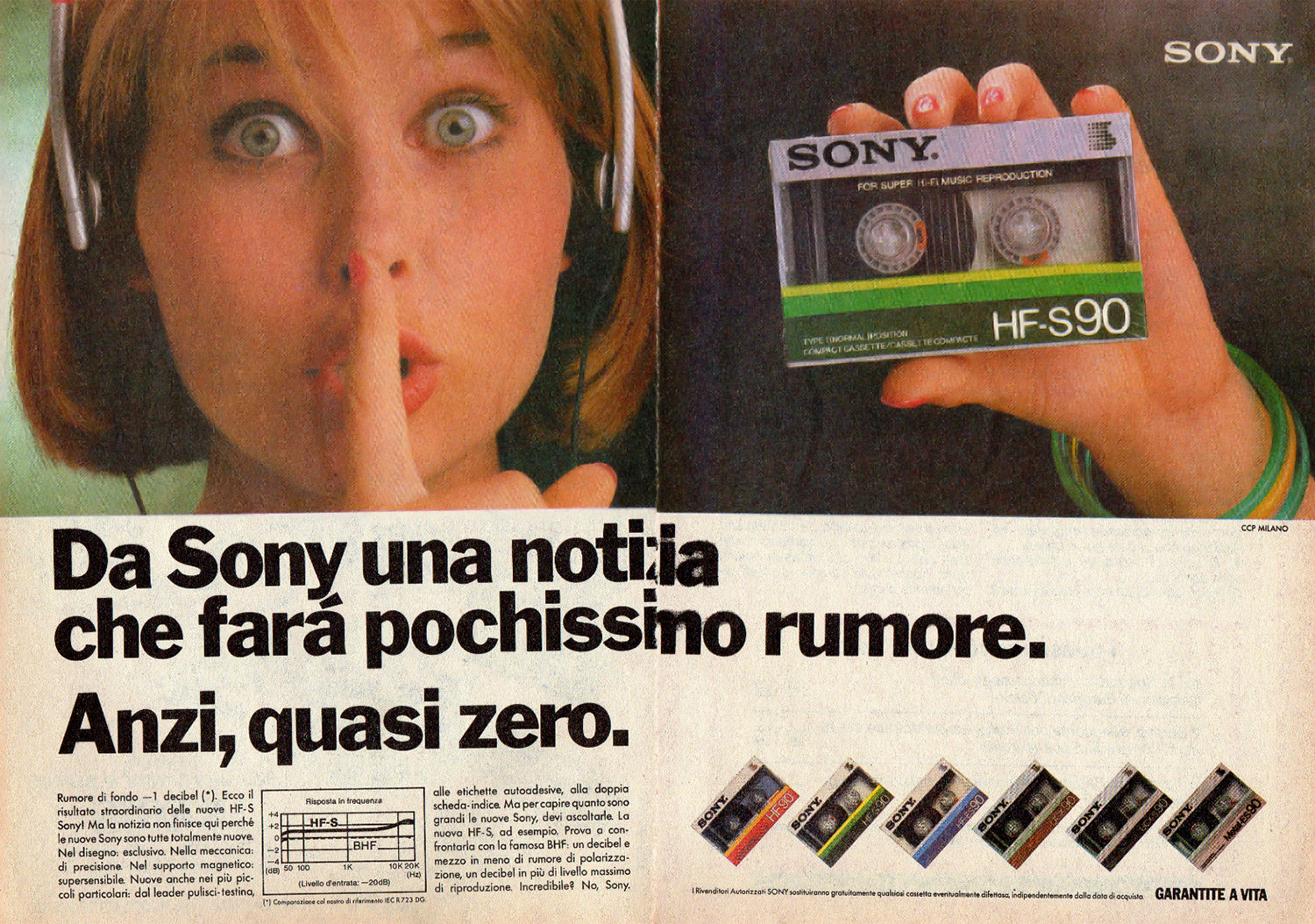 This 1984 Italian ad proclaims that the tapes have almost zero noise. 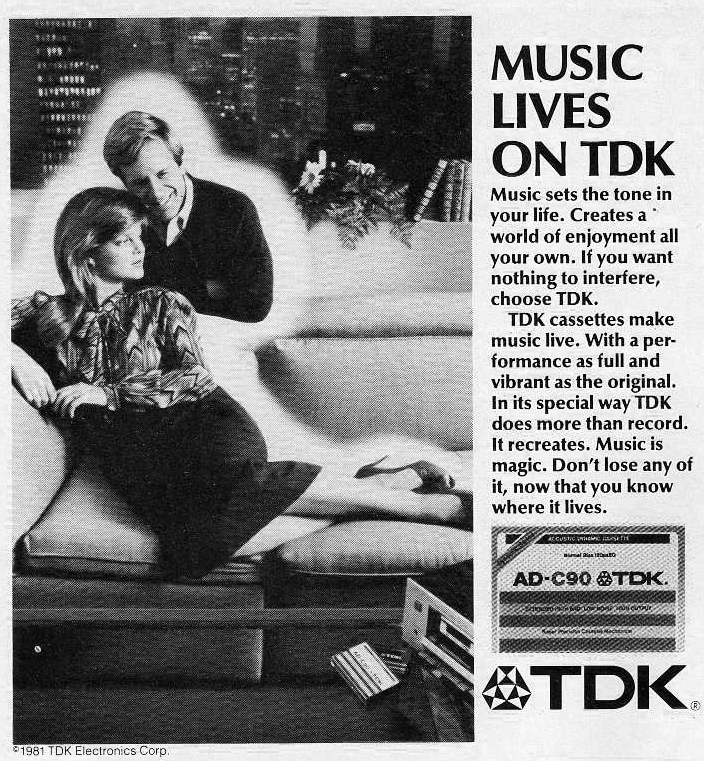 As convenient as tapes were, and as nice as it was to be able to actually record off the radio… you had to admit, the sound quality often sucked.  Hence the endless assertion in these advertisements that the sound was actually good.  “The lady doth protest too much, methinks.” 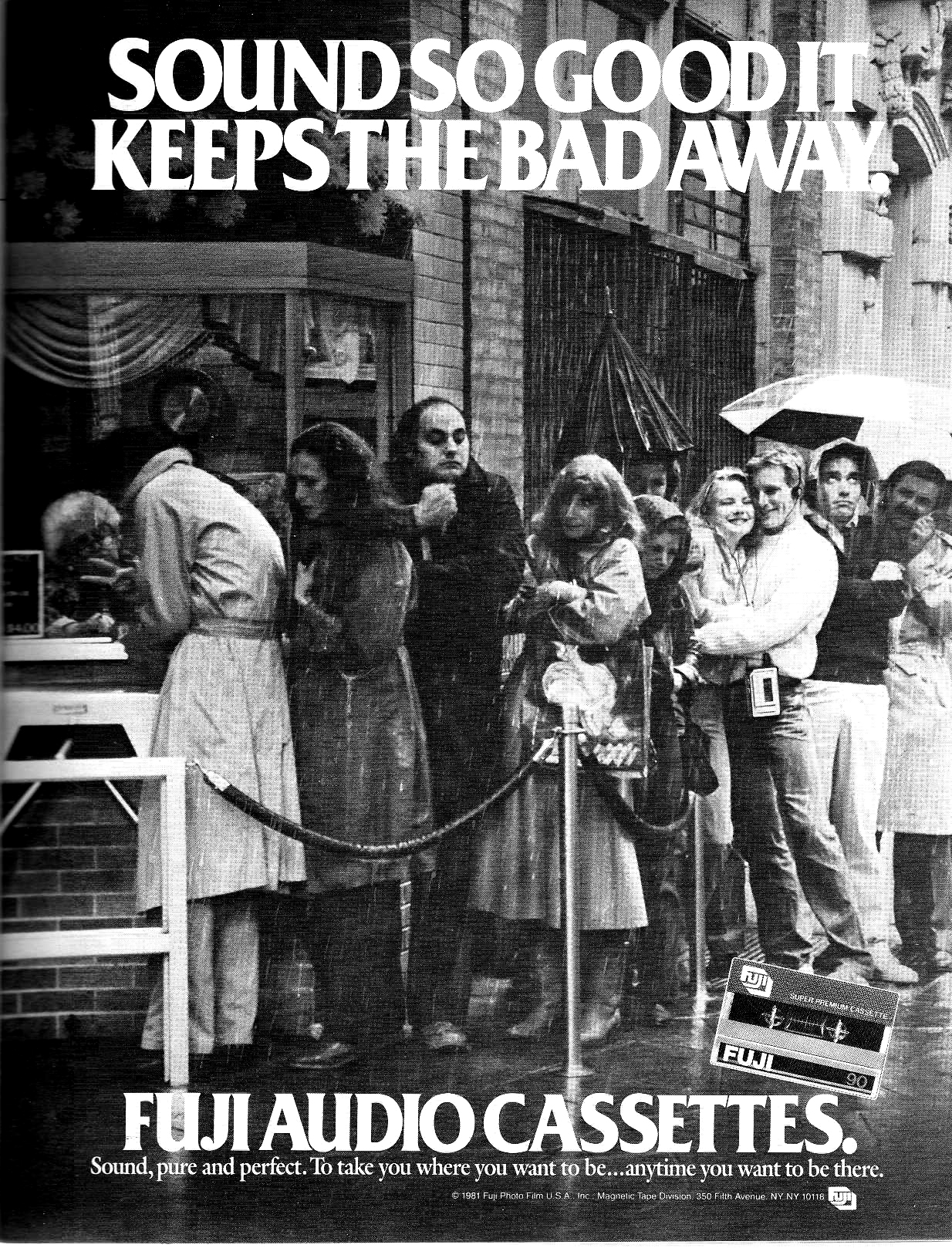 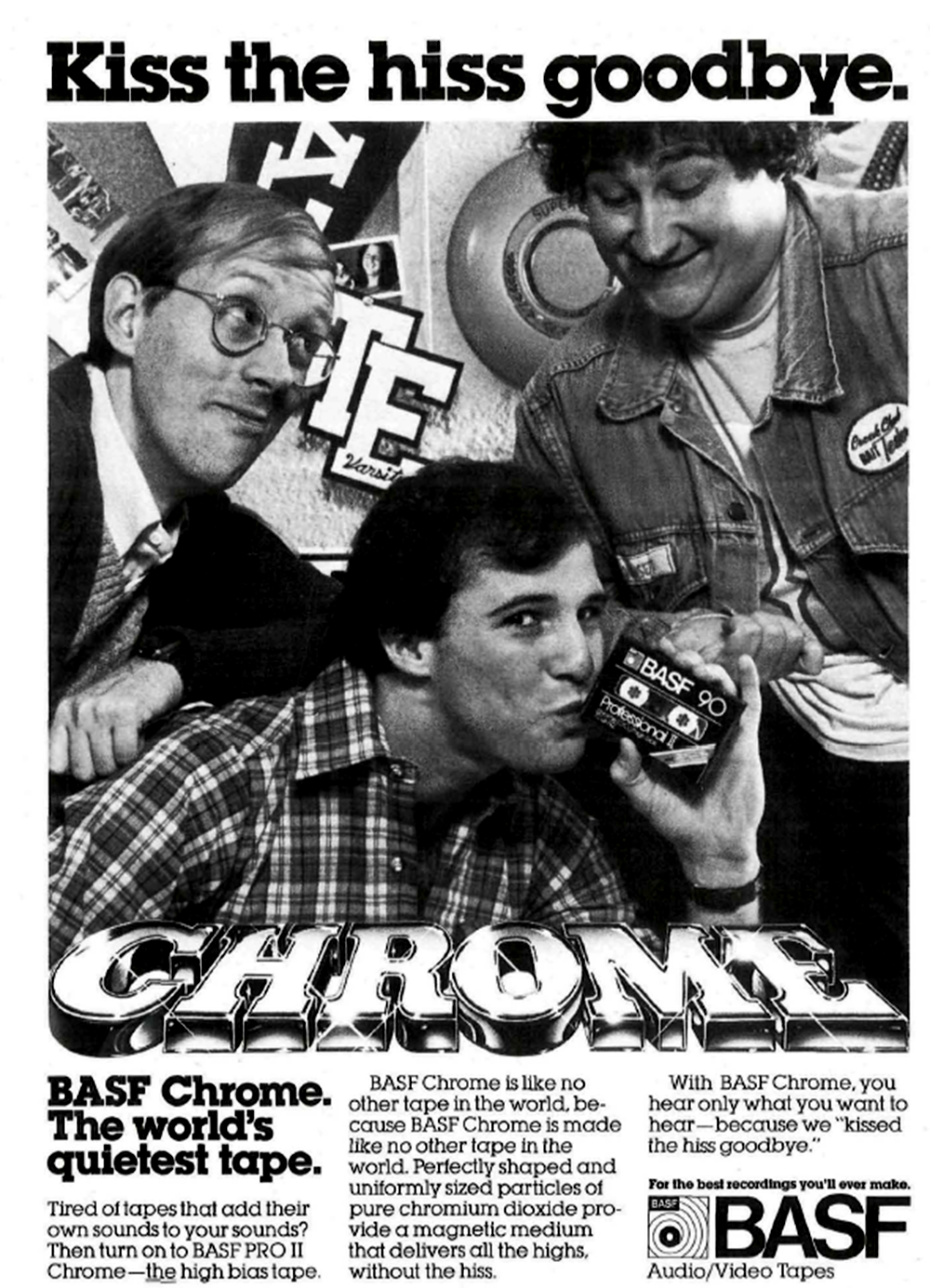 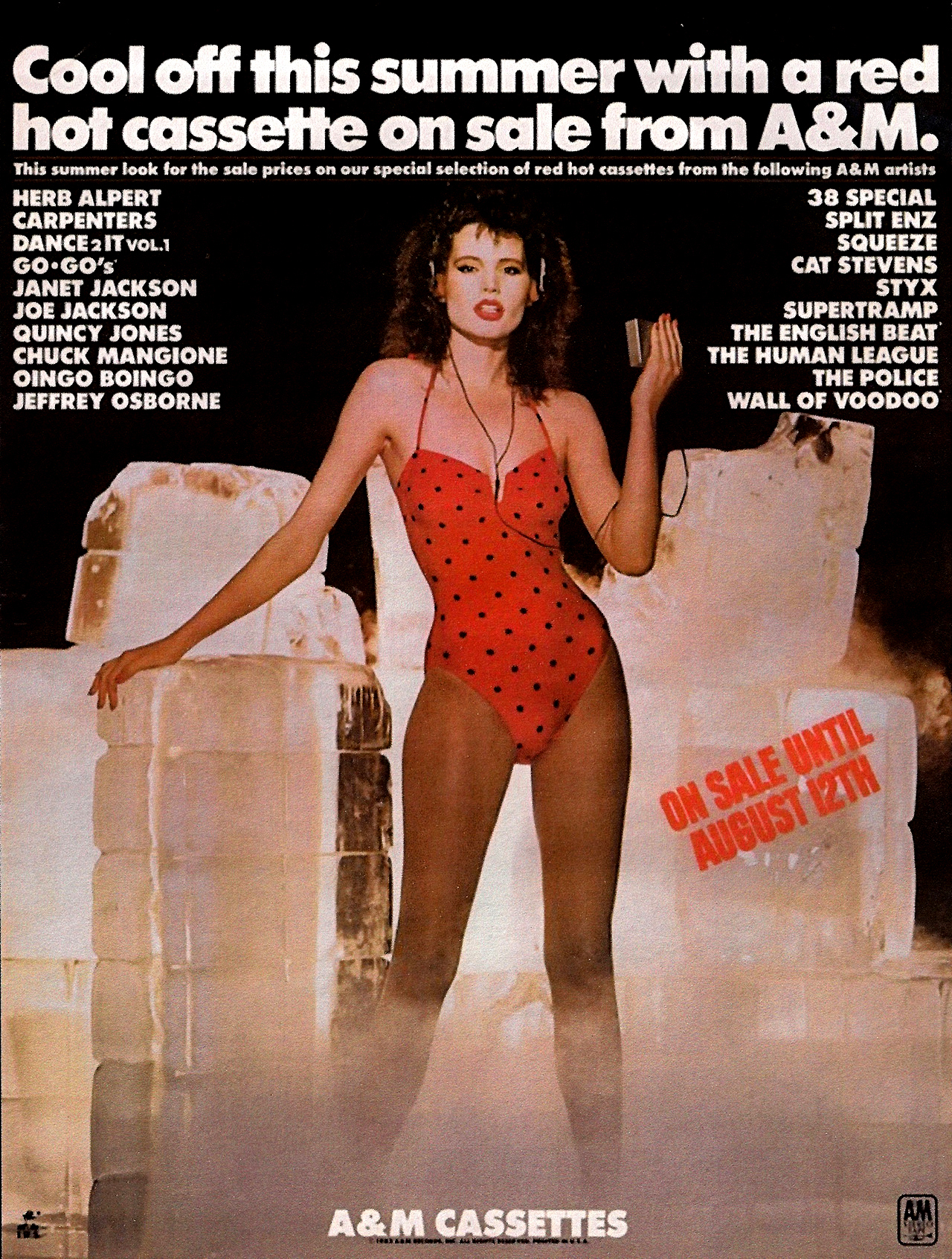 Geena Davis promoting quite the eclectic grab bag of artists: Oingo Boingo and The Carpenters? 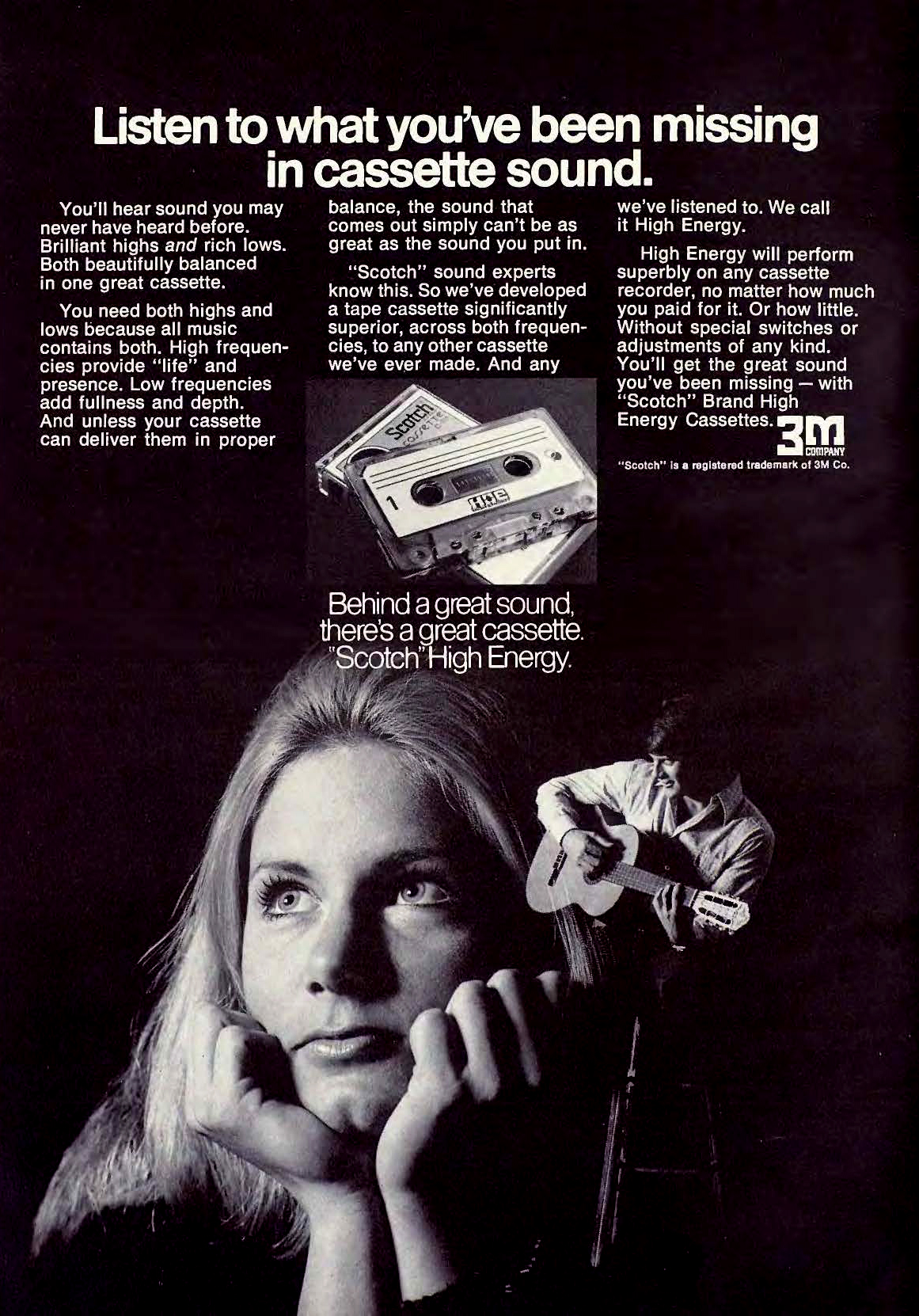 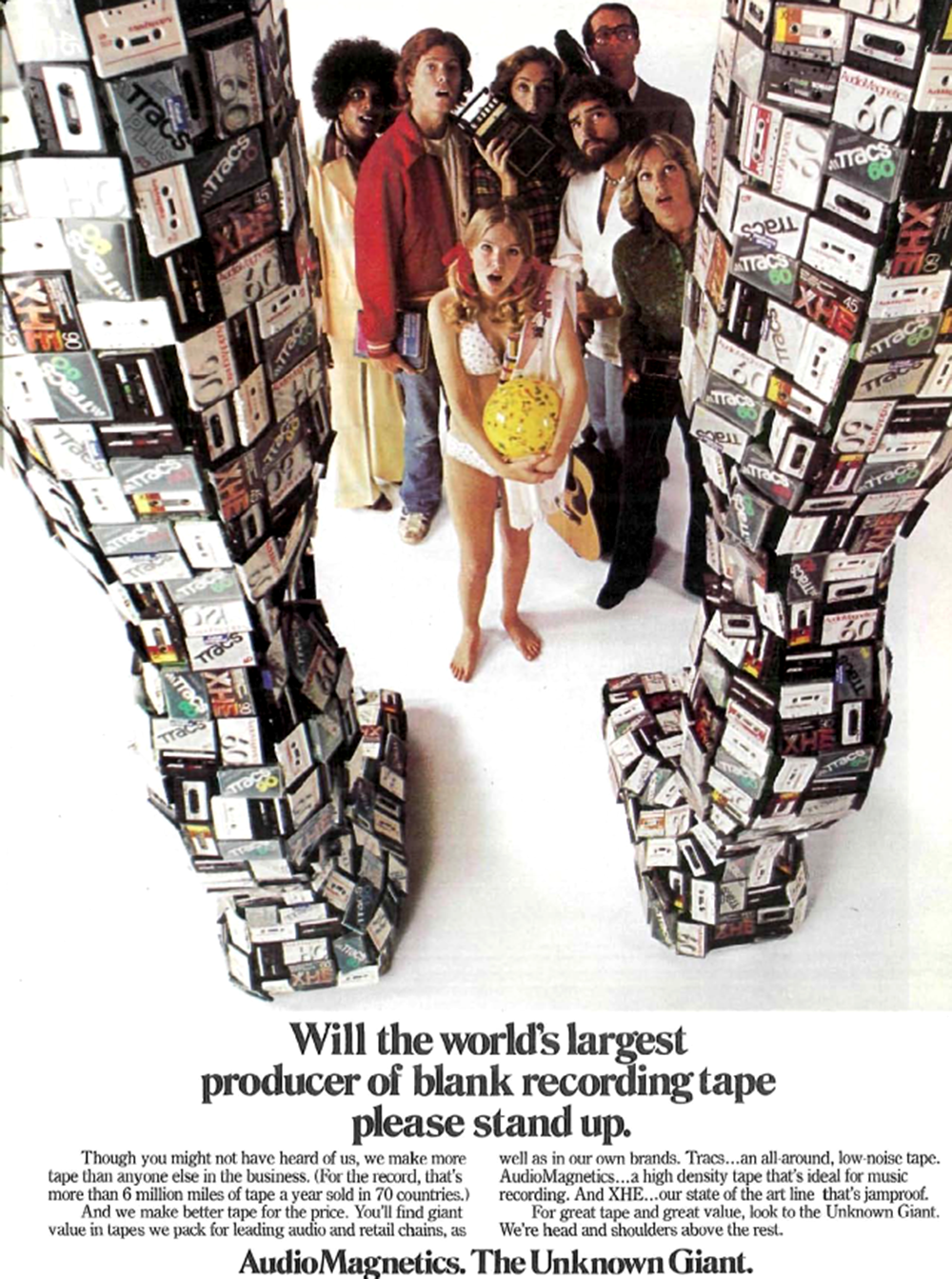 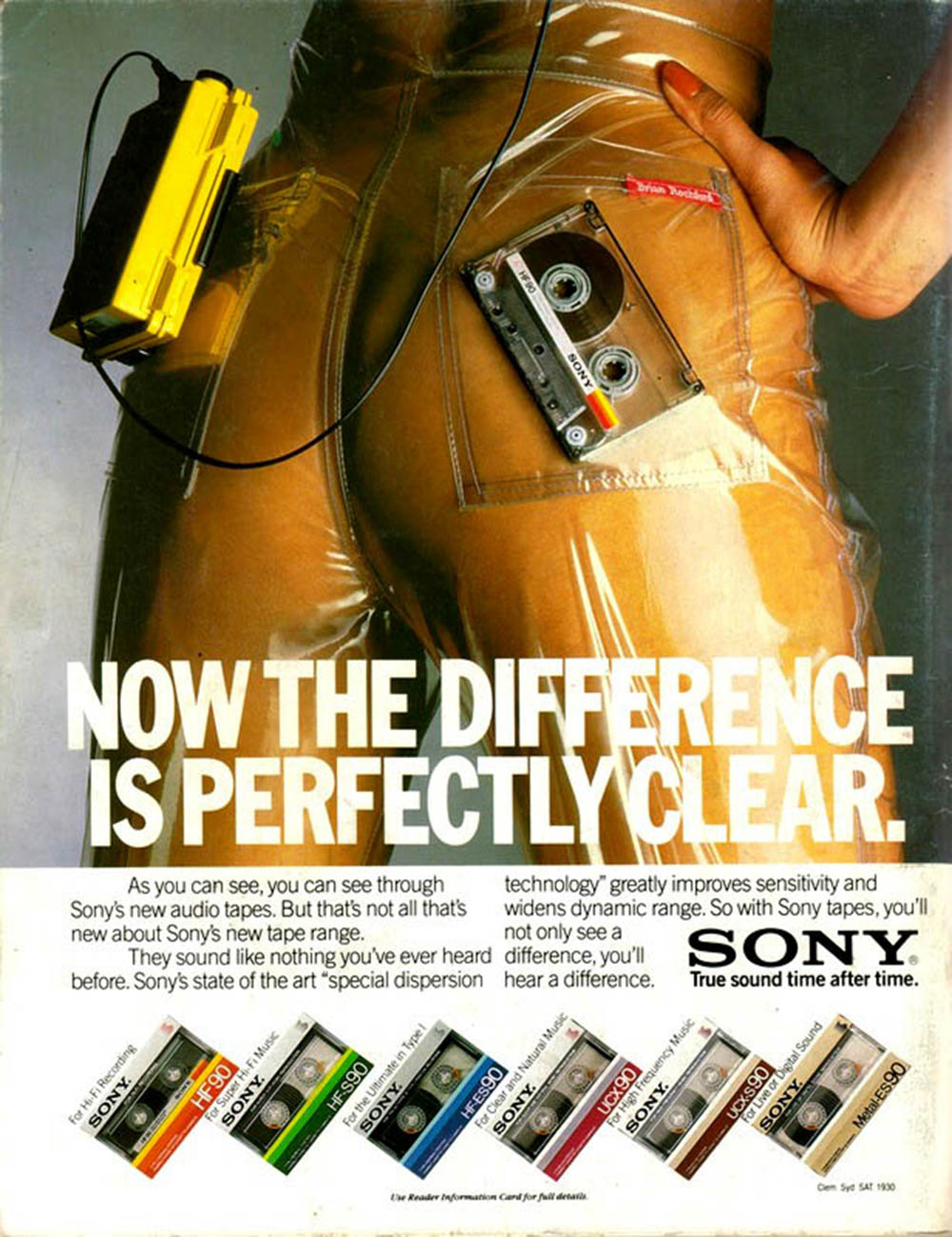 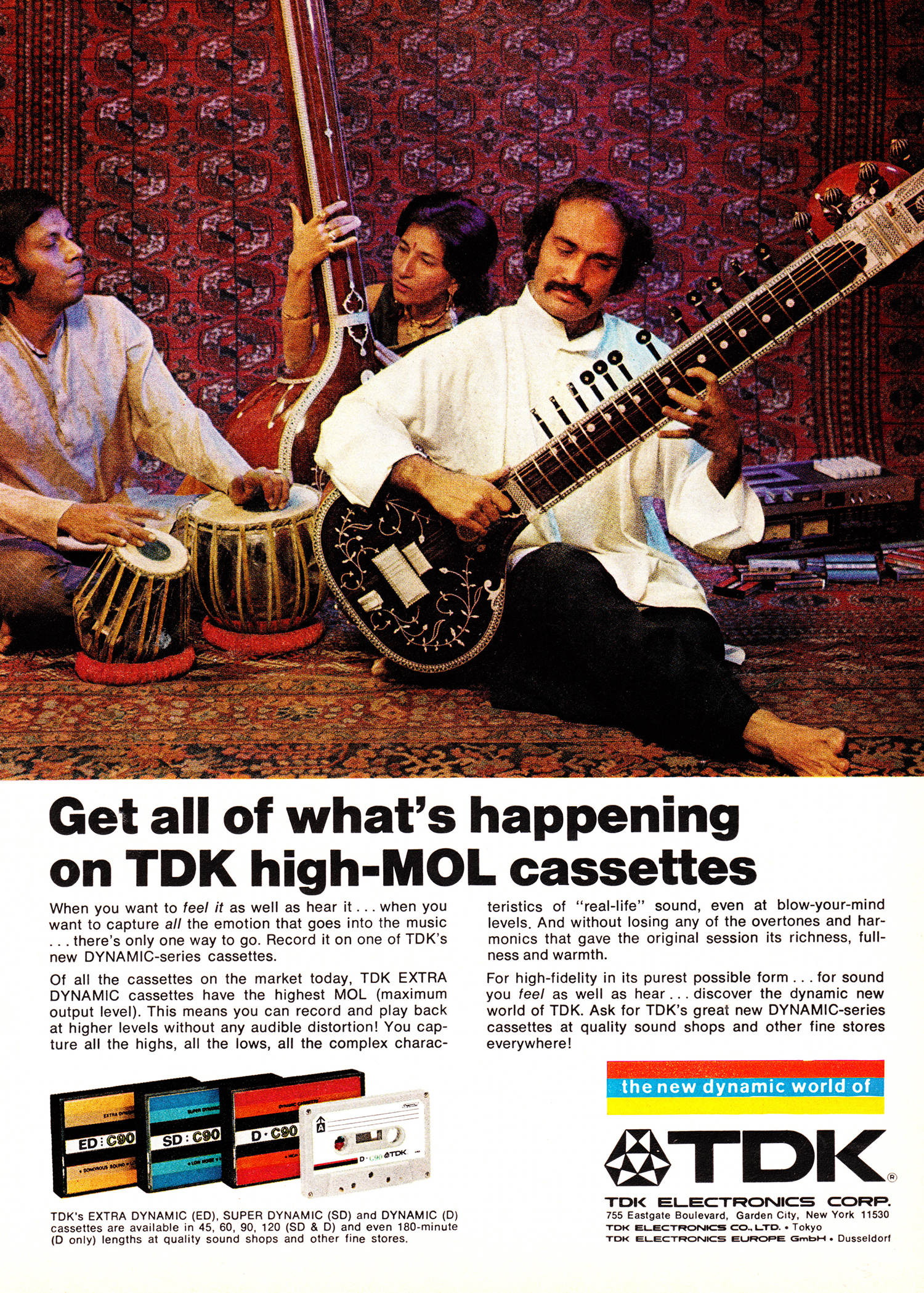