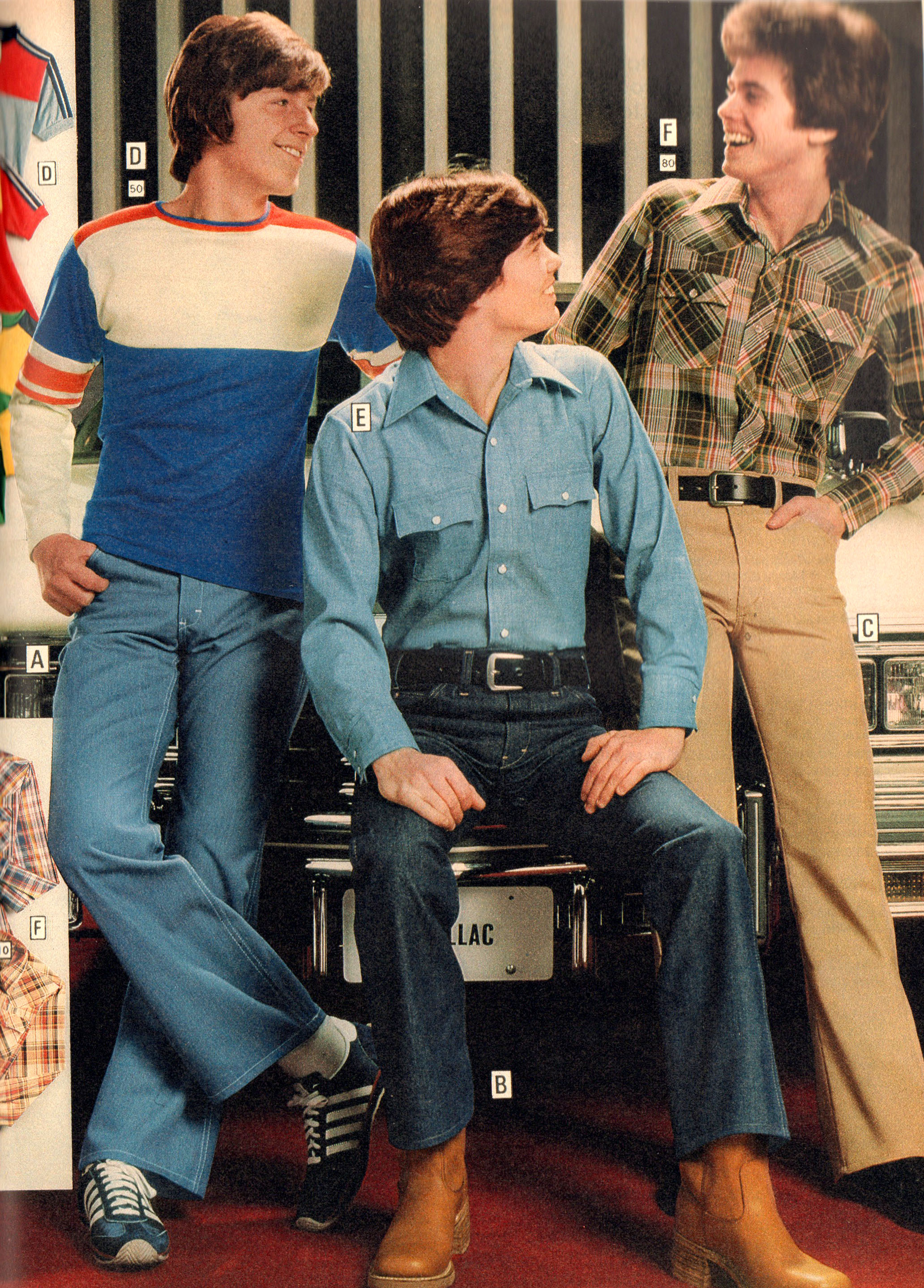 Ask the class who loves 1970s fashions and I’ll be the first to raise my hand. But ask who loves fashions for young men in 1978, and I might be a little slow in getting my hand up. I much prefer the polyester paradise of the early to mid-seventies over the Urban Cowboy/ striped velour wasteland of the latter half of the decade.  Even the rose-colored haze of nostalgia can’t cover-up the awful look of junior fashions at decade’s end.  As proof, here are a handful of pages from the boys/young men’s section of the 1978 Montgomery Ward catalog.  Enjoy. 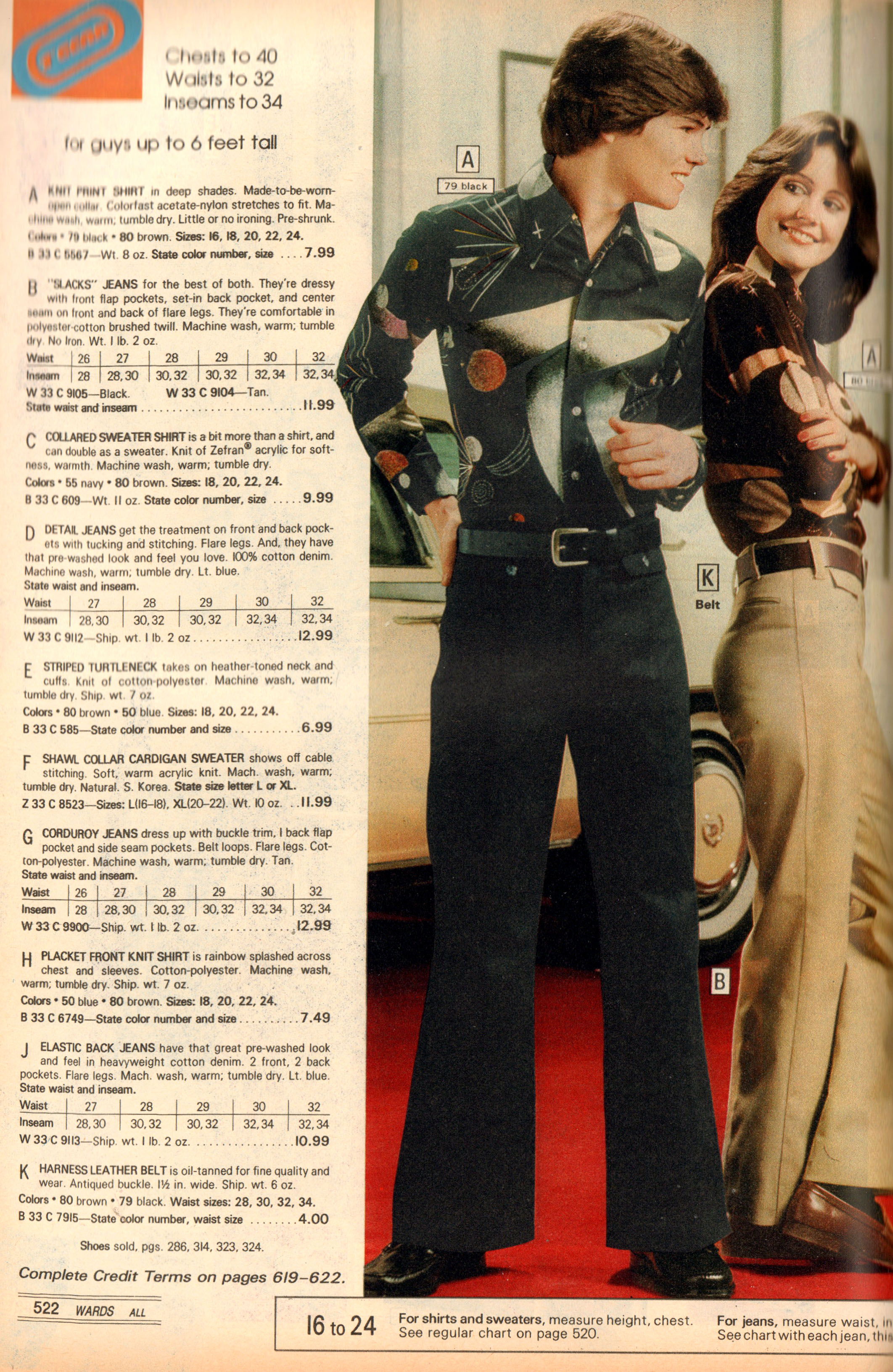 Remember those gaudy nylon print shirts? They’ve become the symbol of bad seventies fashion, but we would’ve never predicted that in ’78 – at the time, they were the pinnacle of disco chic. 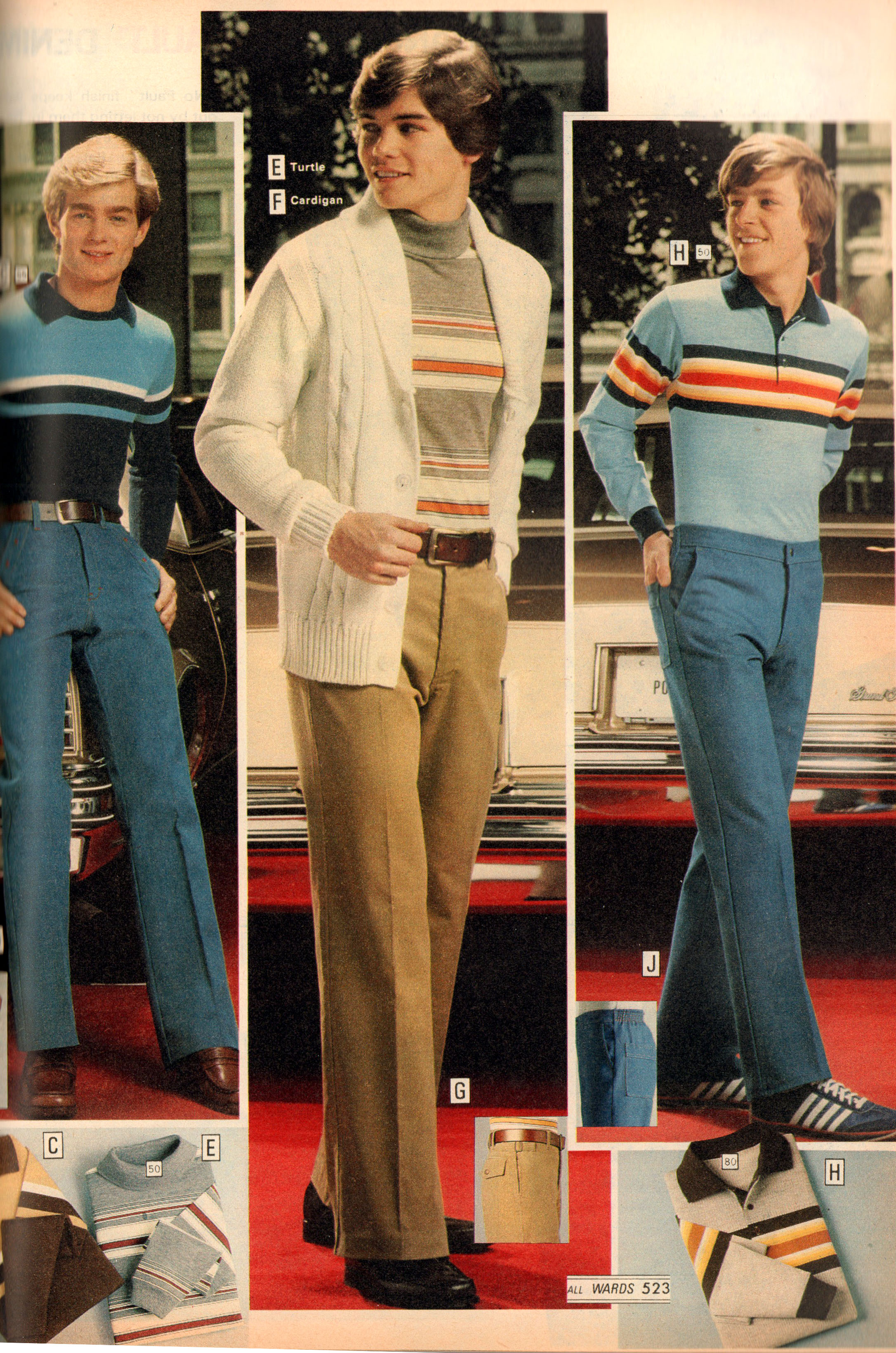 It’s beyond reasoning why we felt the compulsion to tuck those shirts in. 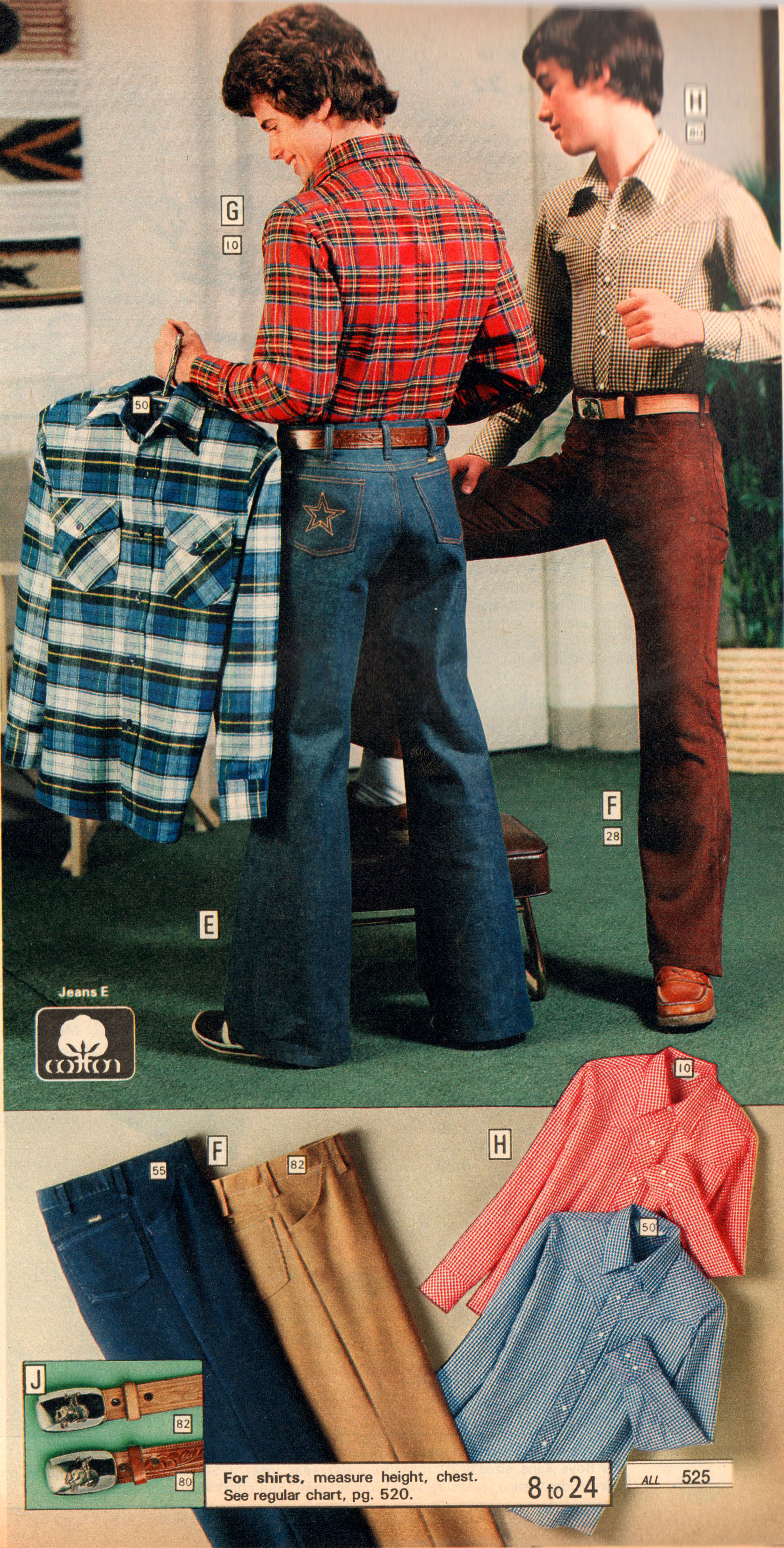 Dig the mighty star emblazoned on the back pocket.  For those of you who lived it, you know it was damn-near mandatory to have designs on your ass.  Jordache took the back-pocket bedazzlement to the next level. 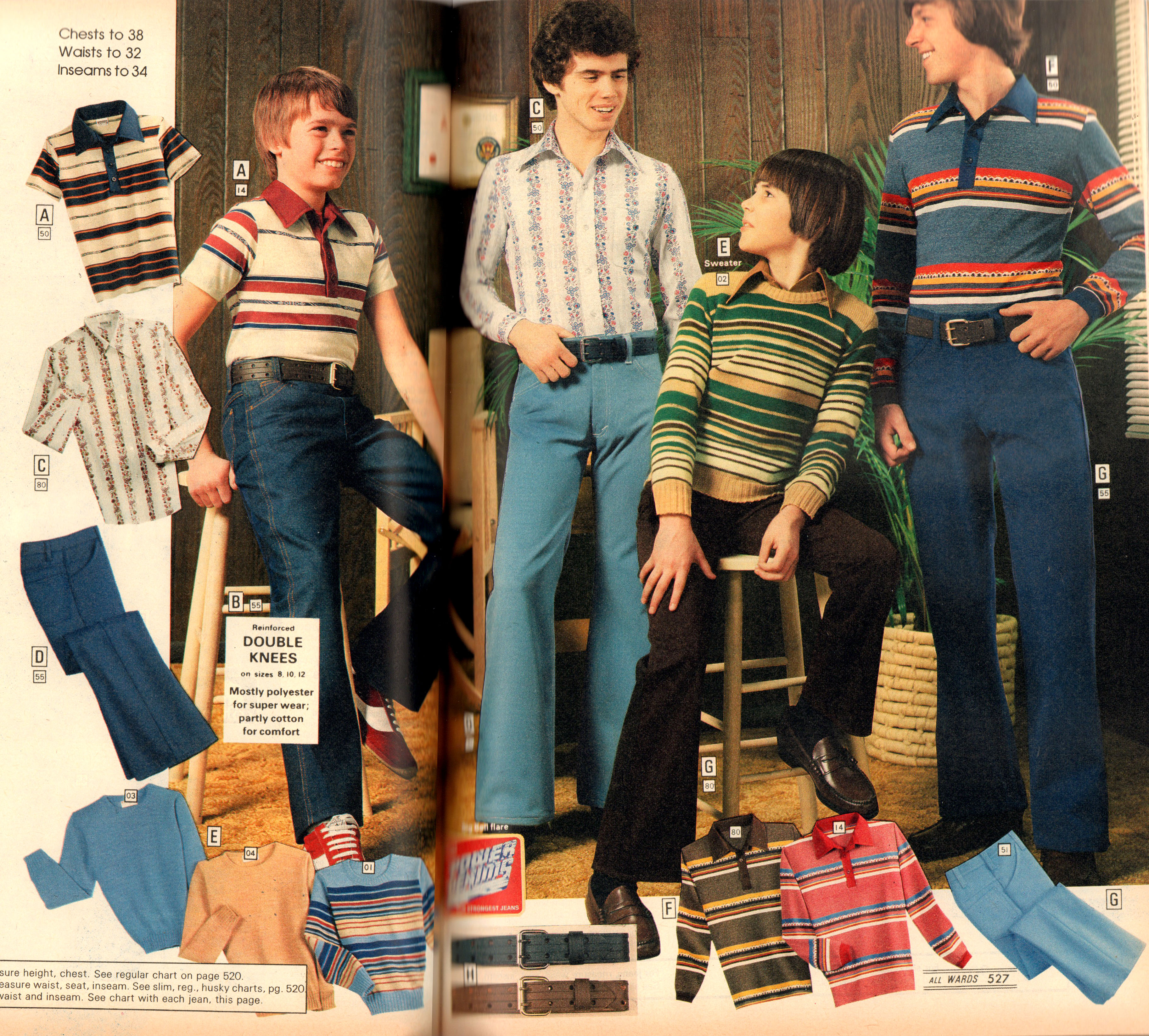 I think it goes without saying that stripes were “in” in ’78. 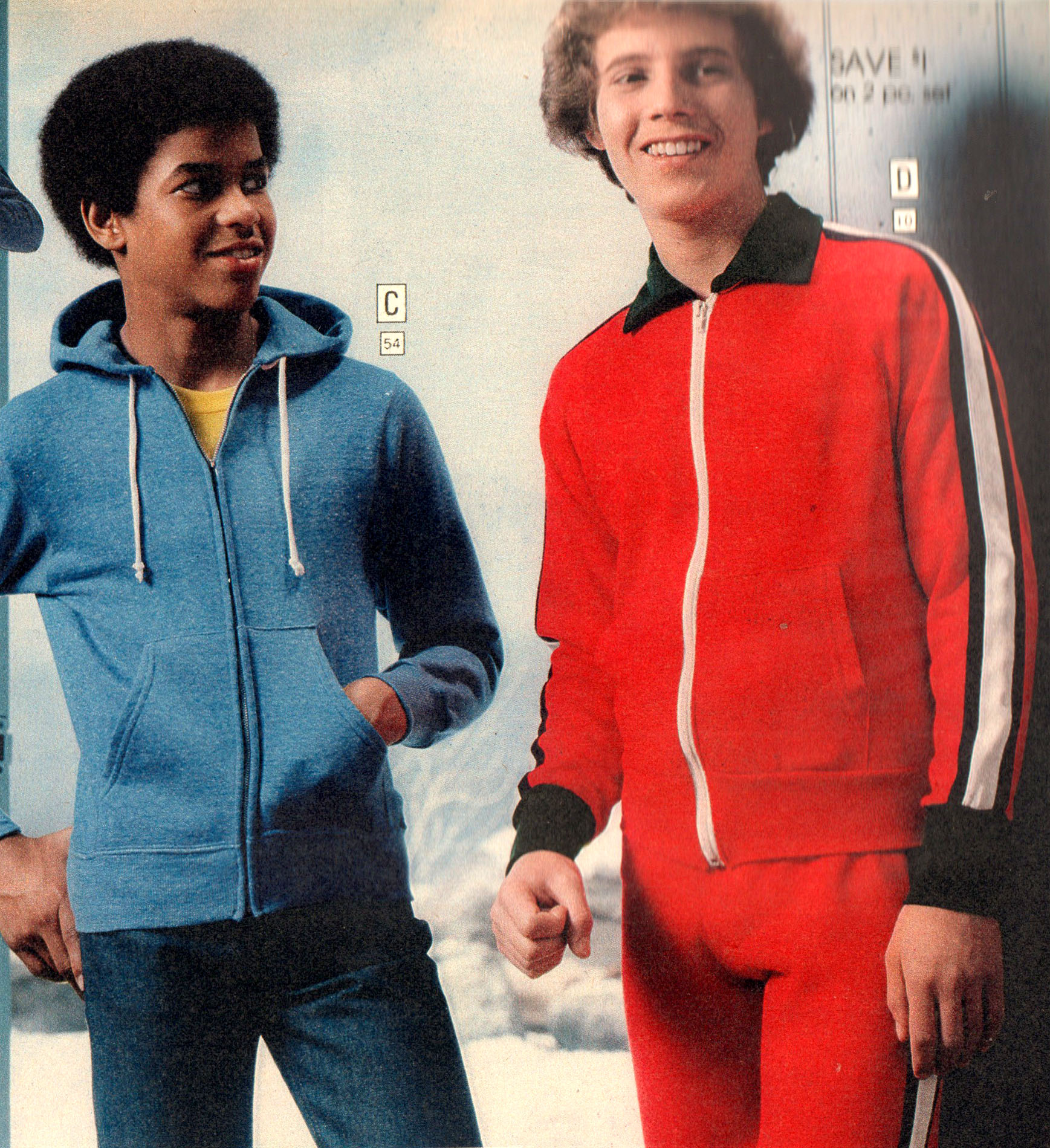 Put on some wire-frame glasses and we’ve got Napoleon Dynamite in a tracksuit. 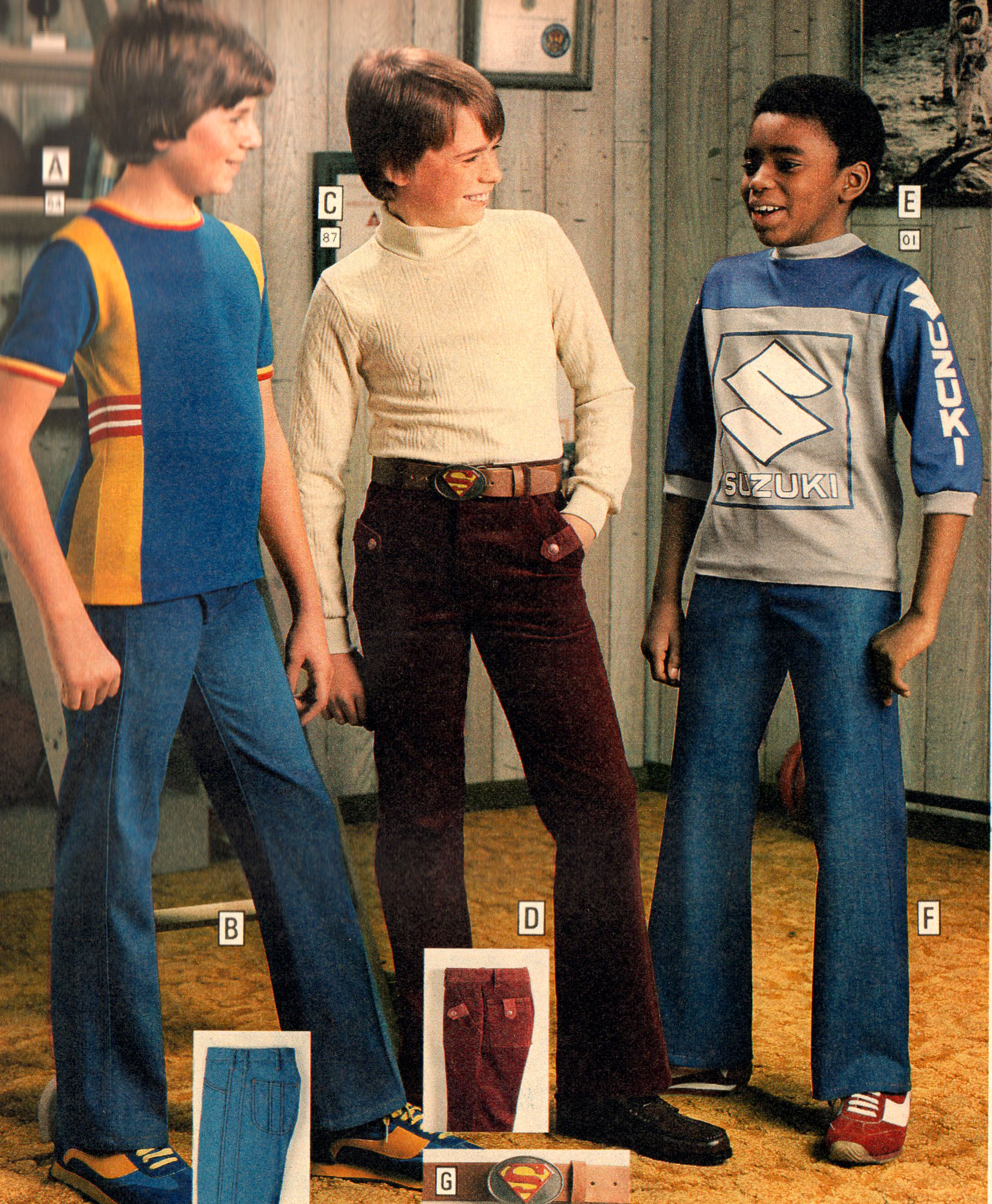 I think this may be the first time the two kids on the left have ever seen a black person. 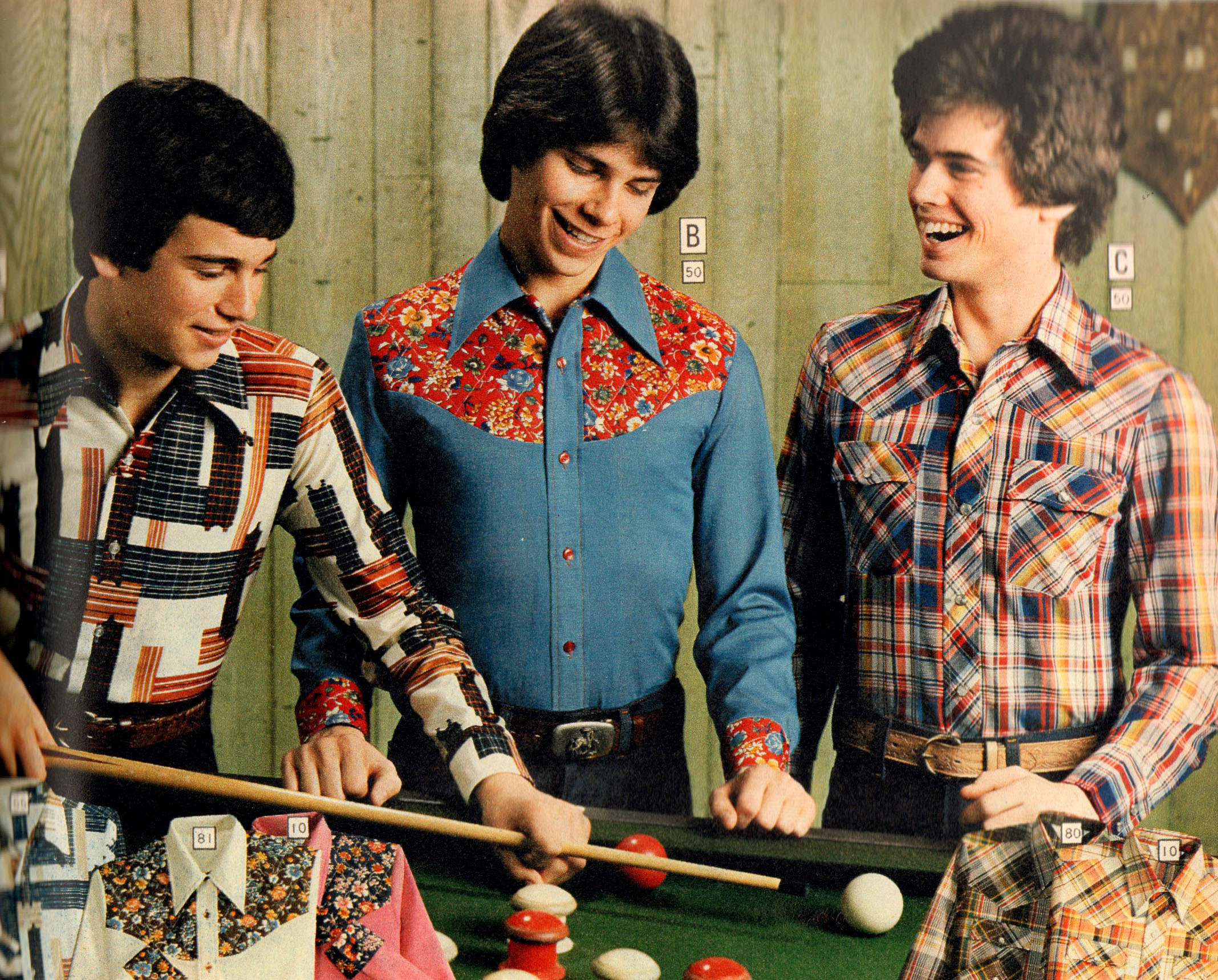 If you were offended by my harsh words about ’78 fashion for boys, take a long hard look at the shirt on the center dude.  You’re arguments are now invalid. (Take note that the style comes in hot pink as well.) 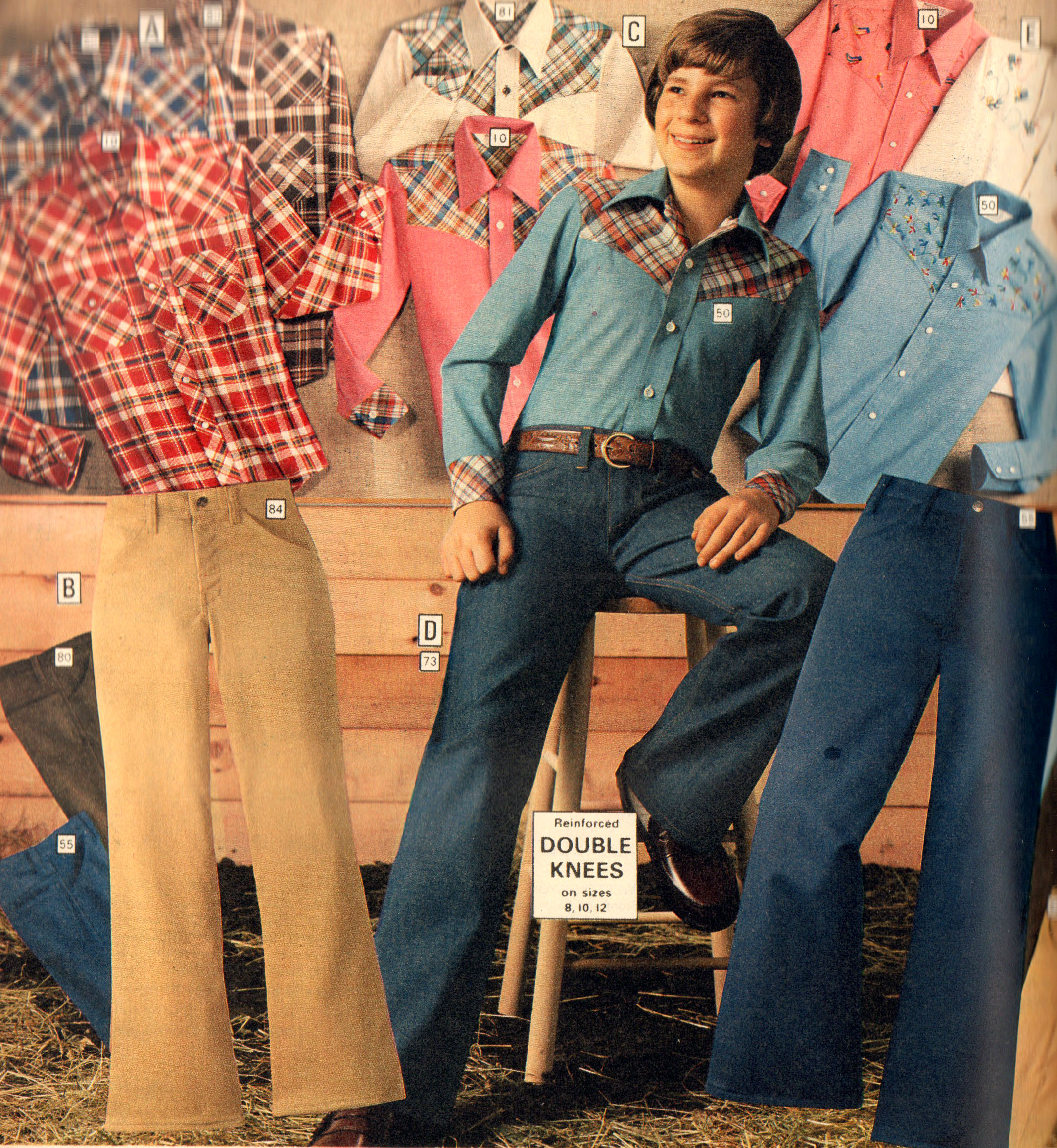 It’s like this poor kid is in some sort of horrific country & western dreamscape. 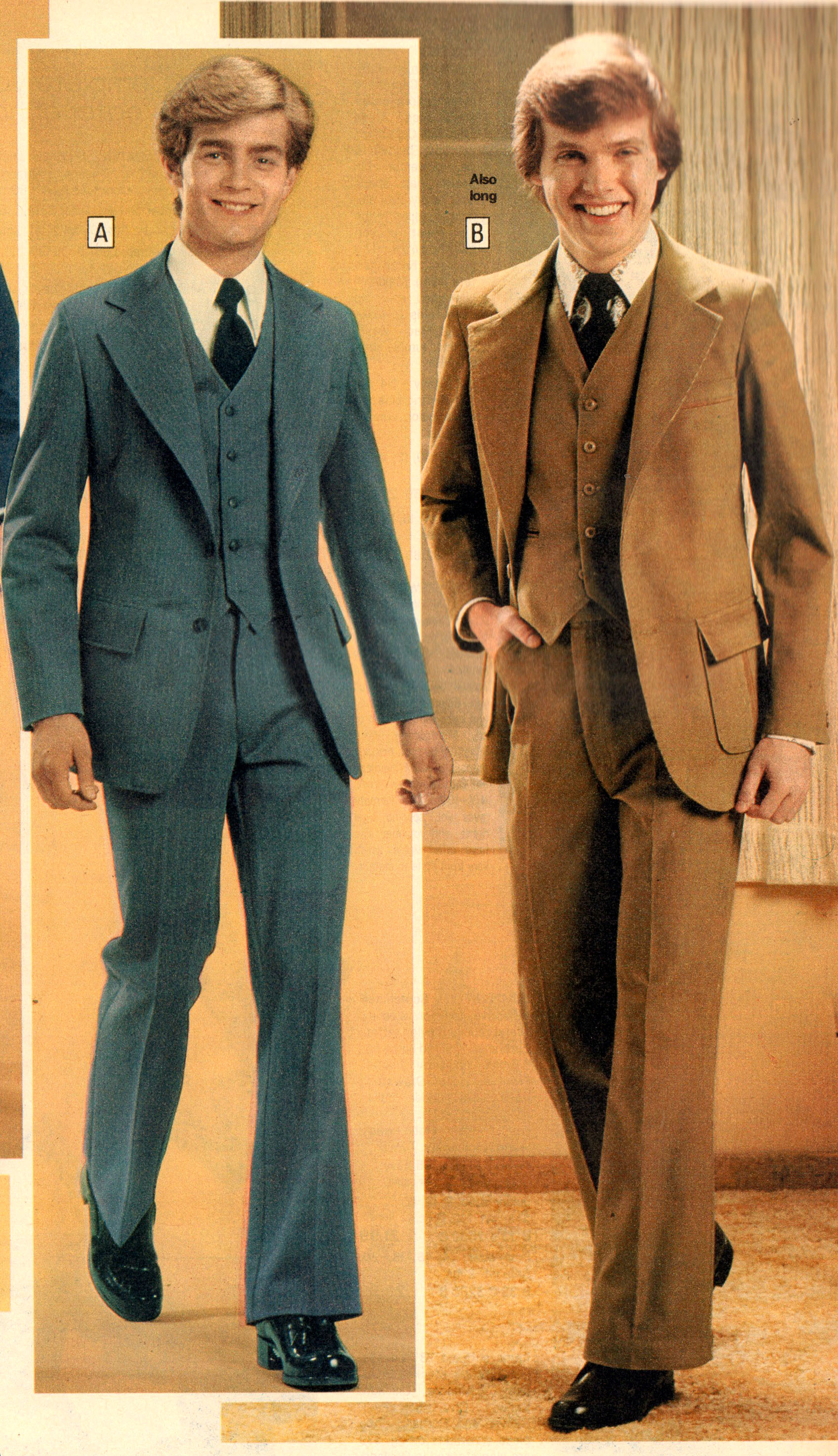 “They come runnin’ just as fast as they can
‘Cause every girl crazy ’bout a sharp dressed man.” 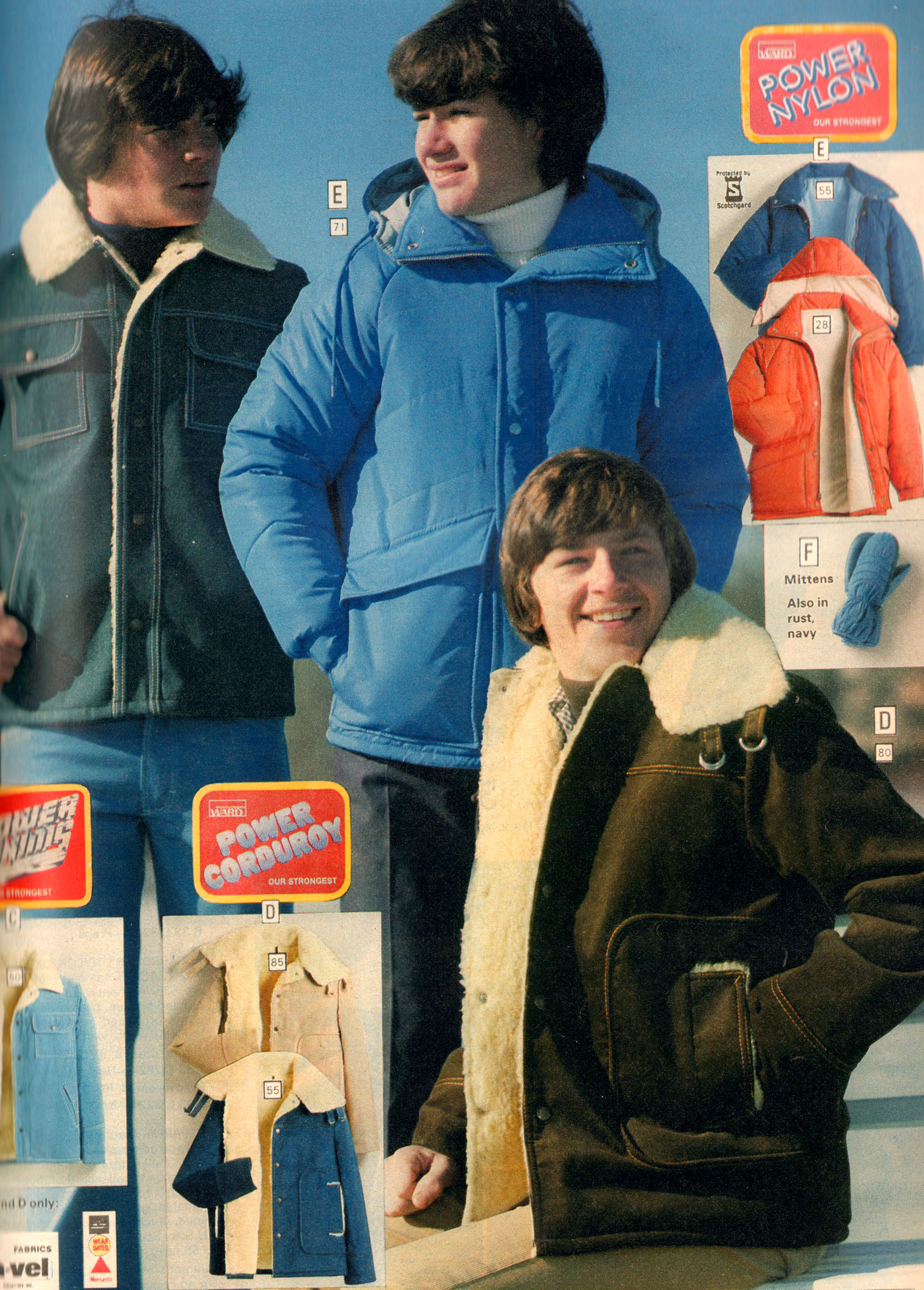 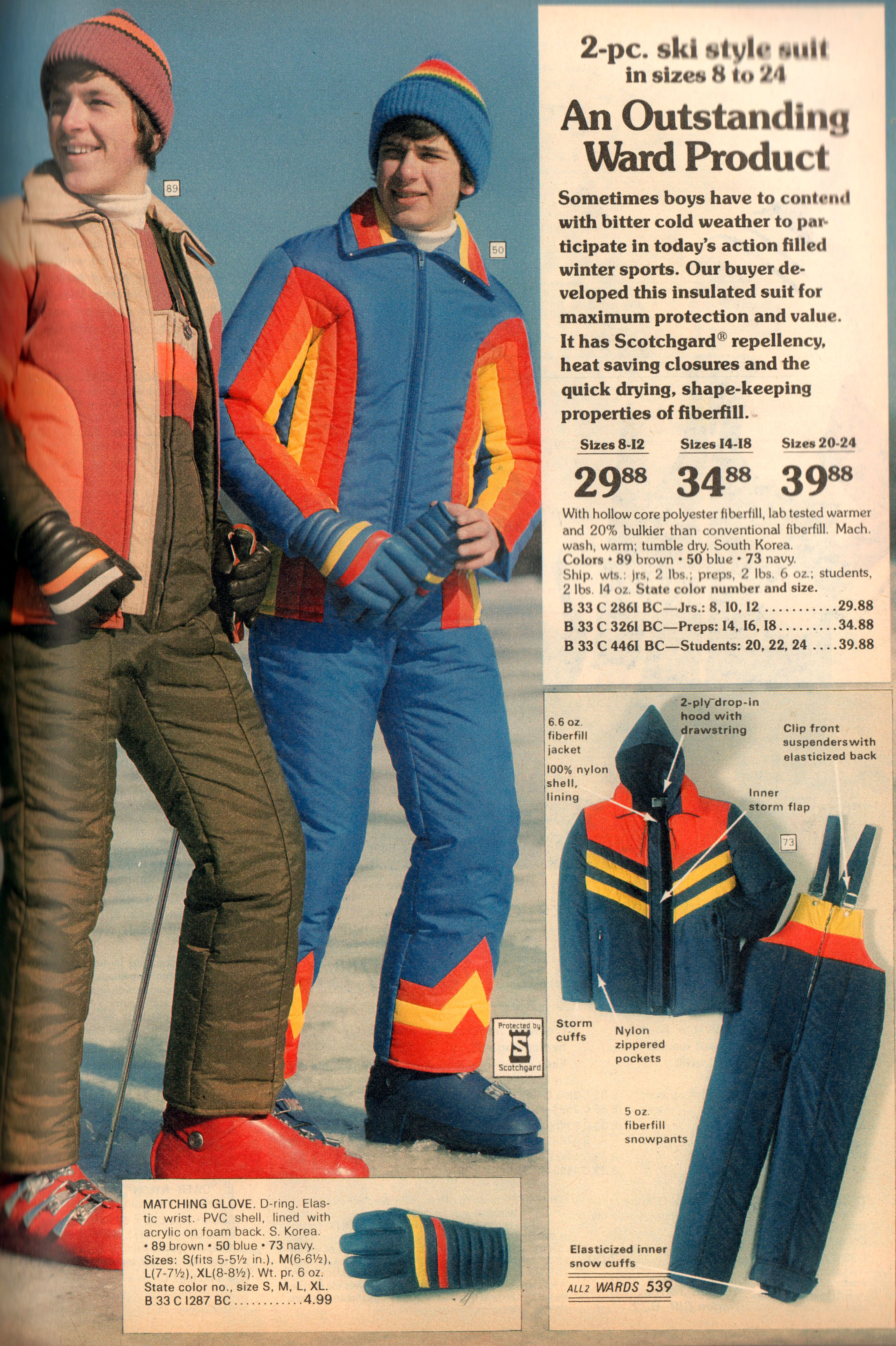 Ye Gods! I’d almost forgotten about that red-orange-yellow rainbow design that was so popular back then.

If only it had stayed forgotten. 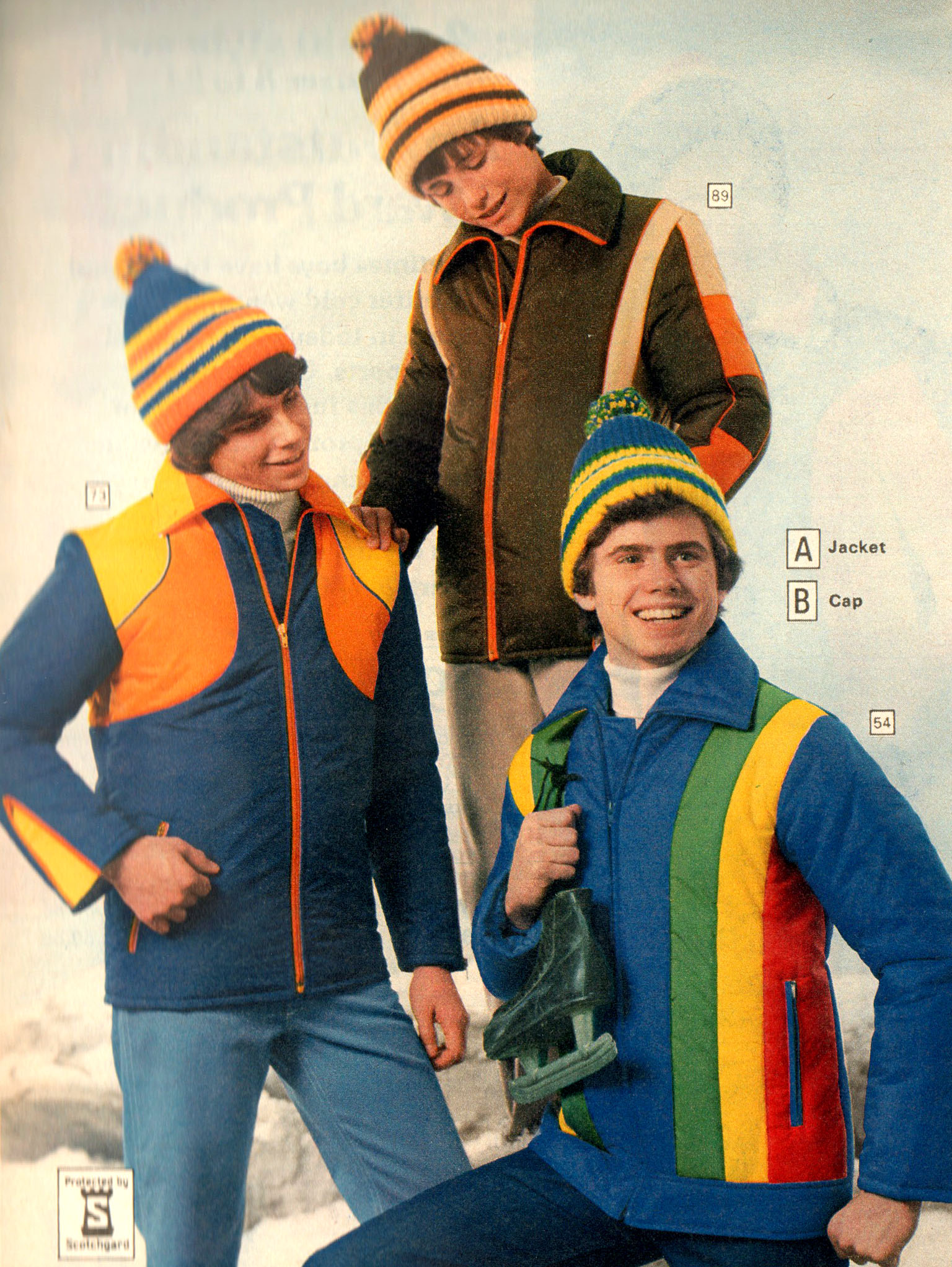