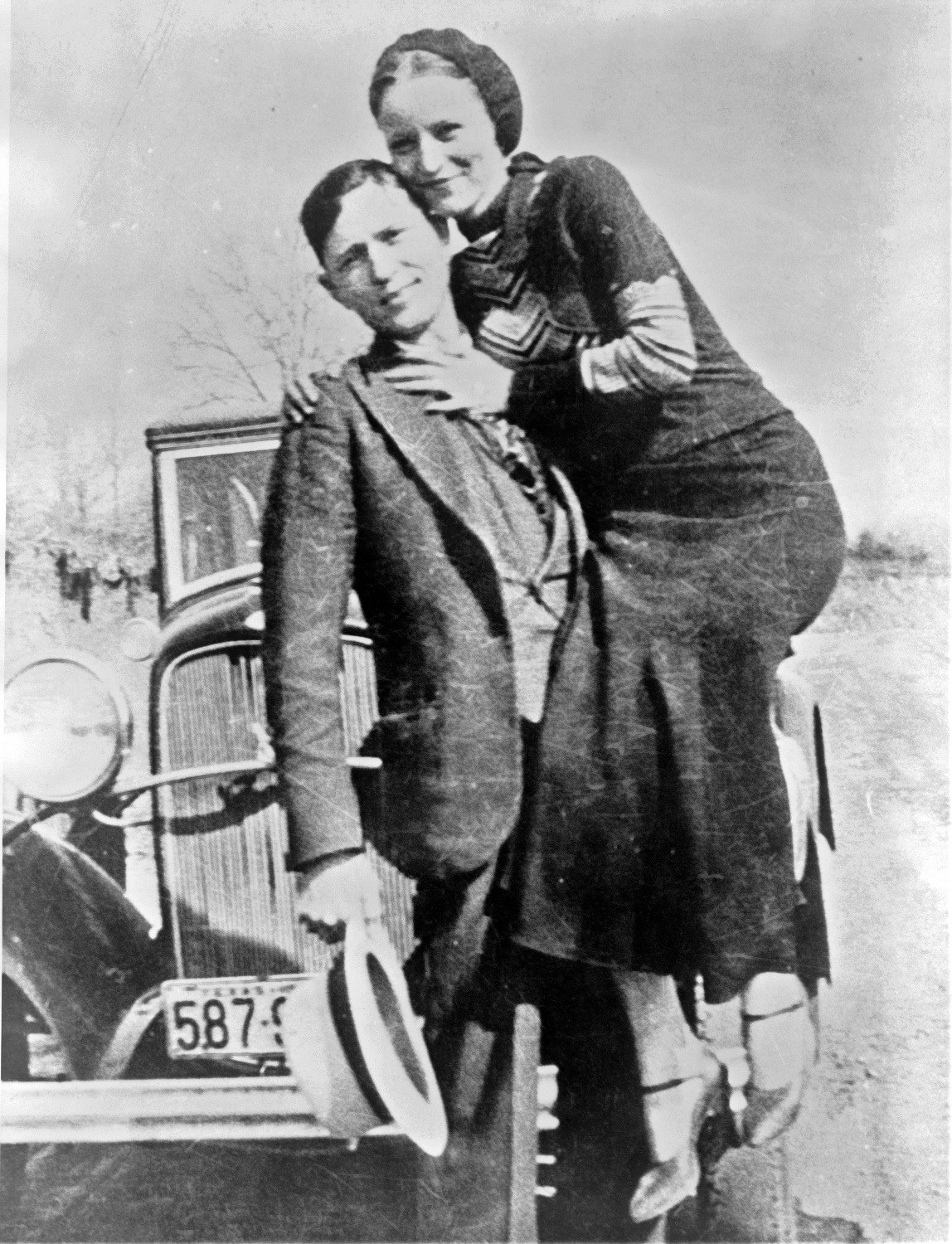 On May 23 1934, police shot dead Bonnie Parker and Clyde Barrow outside of Sailes, Louisiana. Bonnie and Clyde, suspects in 13 murders, and multiple robberies and burglaries, were ambushed by law enforcement officials who riddled their car with 167 bullets as they drove along a country road.

In the months before their deaths, Parker wrote the poem The Trail’s End. Serge Gainsbourg reworked it into the song Bonnie and Clyde. Hereunder you can see him performing it with Brigitte Bardot in 1968.

You’ve read the story of Jesse James
of how he lived and died.
If you’re still in need;
of something to read,
here’s the story of Bonnie and Clyde.

Now Bonnie and Clyde are the Barrow gang
I’m sure you all have read.
how they rob and steal;
and those who squeal,
are usually found dying or dead.

There’s lots of untruths to these write-ups;
they’re not as ruthless as that.
their nature is raw;
they hate all the law,
the stool pidgeons, spotters and rats.

They call them cold-blooded killers
they say they are heartless and mean.
But I say this with pride
that I once knew Clyde,
when he was honest and upright and clean.

But the law fooled around;
kept taking him down,
and locking him up in a cell.
Till he said to me;
“I’ll never be free,
so I’ll meet a few of them in hell”

The road was so dimly lighted
there were no highway signs to guide.
But they made up their minds;
if all roads were blind,
they wouldn’t give up till they died.

The road gets dimmer and dimmer
sometimes you can hardly see.
But it’s fight man to man
and do all you can,
for they know they can never be free.

If a policeman is killed in Dallas
and they have no clue or guide.
If they can’t find a fiend,
they just wipe their slate clean
and hang it on Bonnie and Clyde.

There’s two crimes committed in America
not accredited to the Barrow mob.
They had no hand;
in the kidnap demand,
nor the Kansas City Depot job.

A newsboy once said to his buddy;
“I wish old Clyde would get jumped.
In these awfull hard times;
we’d make a few dimes,
if five or six cops would get bumped”

The police haven’t got the report yet
but Clyde called me up today.
He said,”Don’t start any fights;
we aren’t working nights,
we’re joining the NRA.”

From Irving to West Dallas viaduct
is known as the Great Divide.
Where the women are kin;
and the men are men,
and they won’t “stool” on Bonnie and Clyde.

If they try to act like citizens
and rent them a nice little flat.
About the third night;
they’re invited to fight,
by a sub-gun’s rat-tat-tat.

They don’t think they’re too smart or desperate
they know that the law always wins.
They’ve been shot at before;
but they do not ignore,
that death is the wages of sin.

Some day they’ll go down together
they’ll bury them side by side.
To few it’ll be grief,
to the law a relief
but it’s death for Bonnie and Clyde. 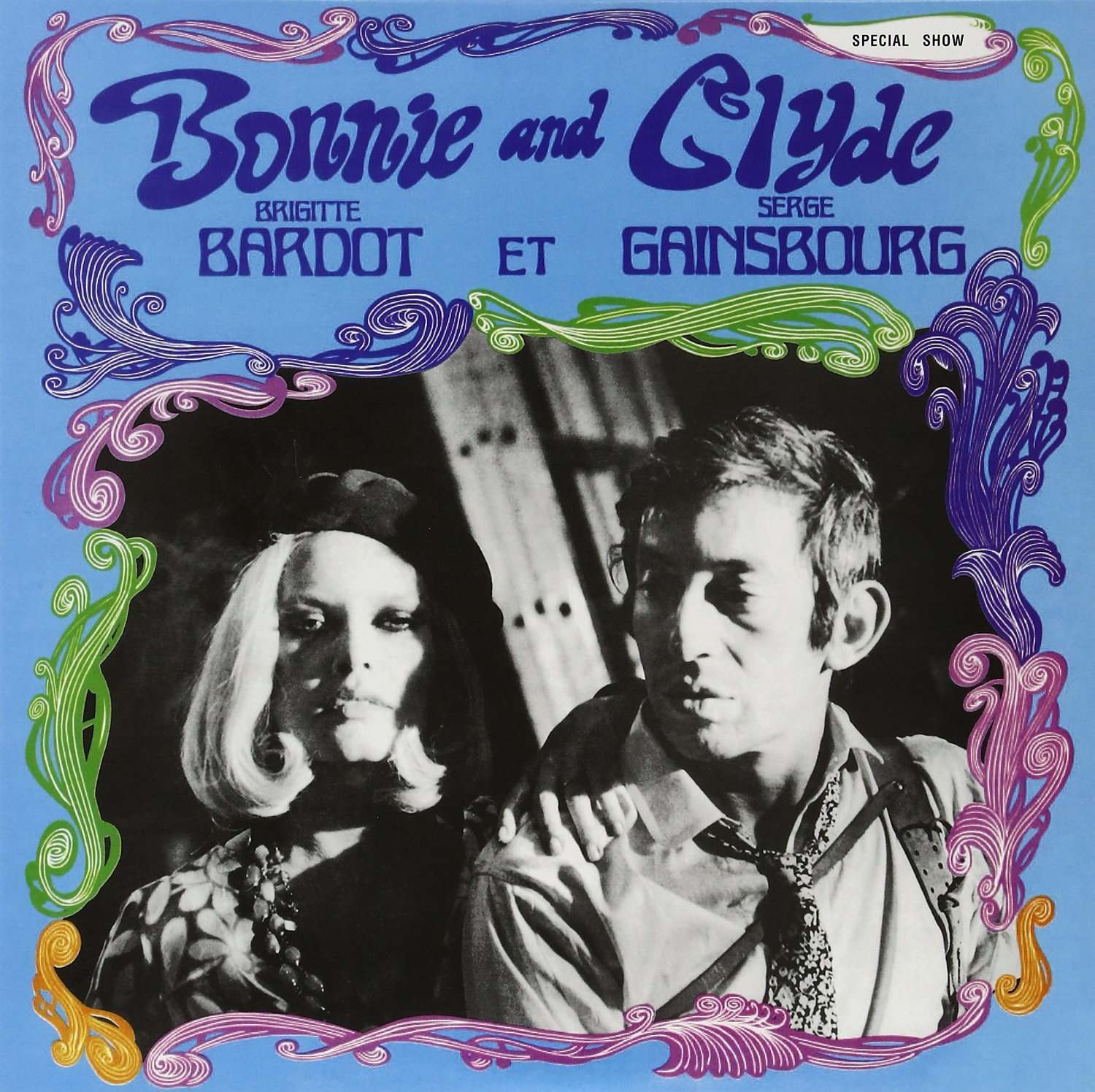 Cover of the Bonnie and Clyde record by Serge Gainsbourg and Brigitte Bardot. 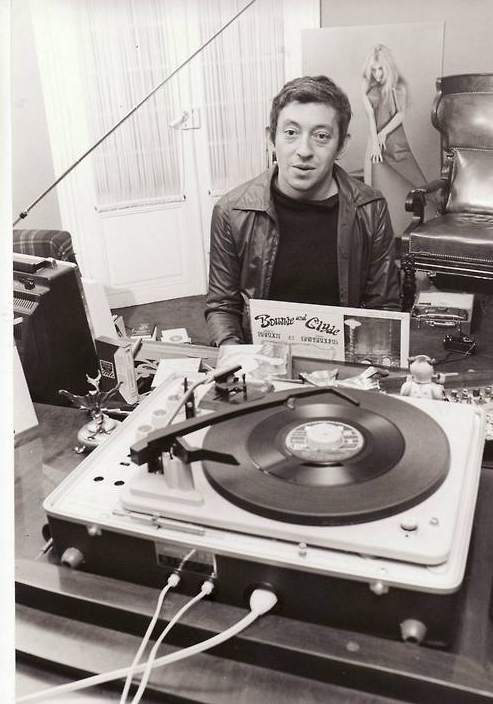 Serge Gainsbourg playing his own records 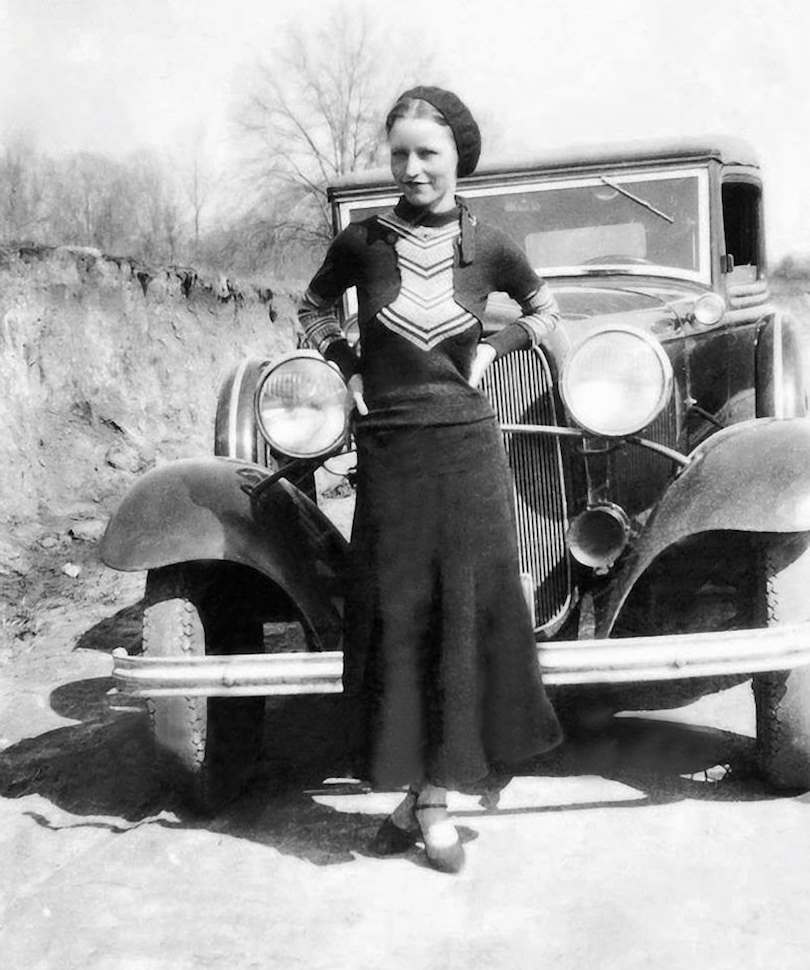 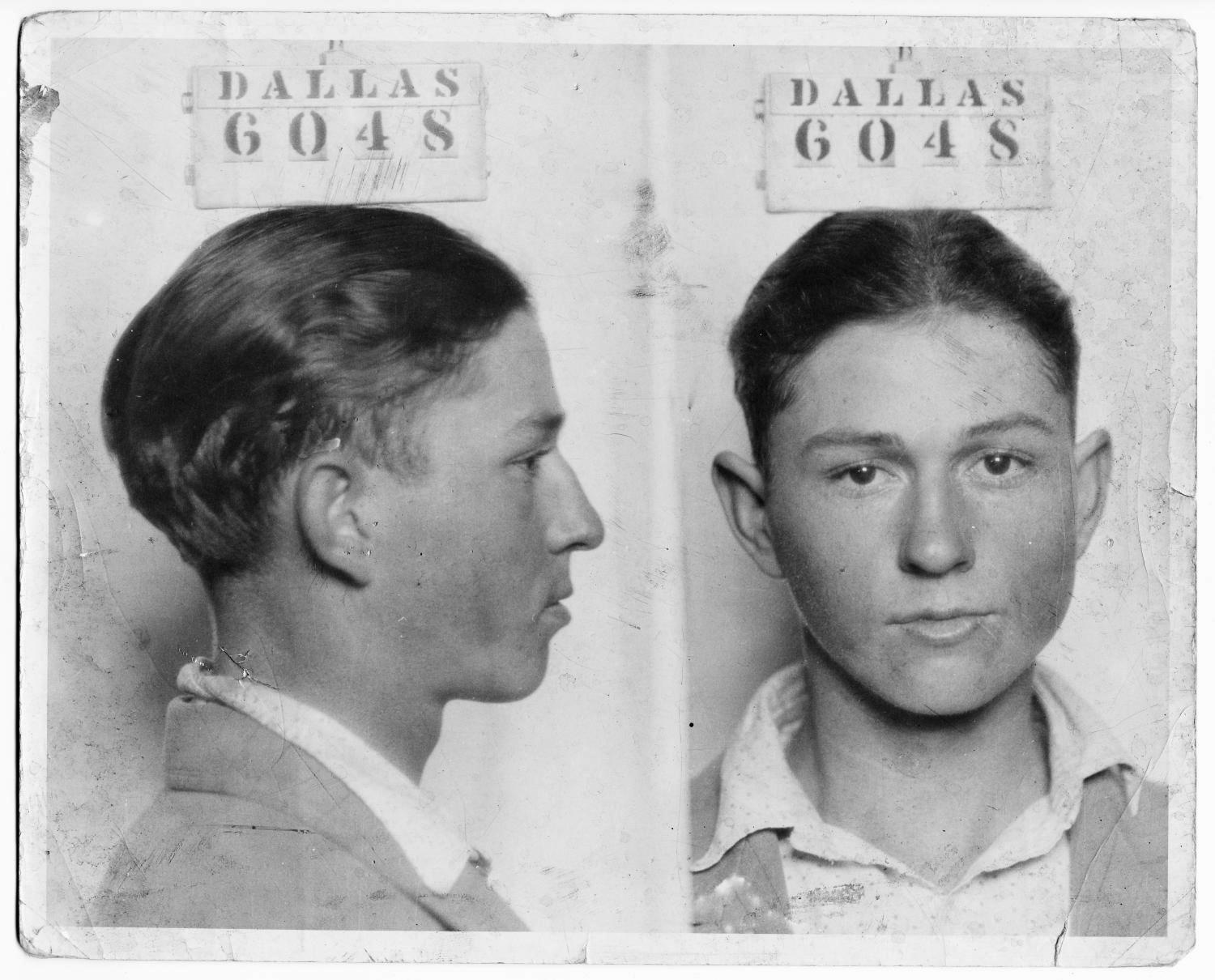