Had it never been banned, many of would have missed seeing Eugène Lepoittevin’s Charges et Décharges Diaboliques (1830). But it was. This portfolio of 12 images assembled by the French painter and caricaturist was confiscated by U.S. Customs in New York on August 2, 1951. To those repelling the enemy at the gates, Lepoittevin’s work was w, “the dominant theme of the material taken as a whole appeals to prurient interest.”

But we can see the images because they were released to the Kinsey Institute on March 1, 1958, following the Federal Court case United States v. 31 Photographs. The Institute successful argued that the images were “for the sole purpose of furthering its study of human sexual behavior as manifested in varying forms of expression and activity and in different national cultures and historical periods”. They argued that “the libelled material will not be available to members of the general public, but ‘will be held under security conditions for the sole use of the Institute staff members or of qualified scholars engaged in bona fide research'”. The judge opined that the researchers were unlikely to get any kind of sexual thrill for the images: “The libelled material will not, in all probability, appeal to the prurient interest of those into whose hands it will come.”

And so to the naughty pictures (at least one of which is familiar with Félicien Rops and this erotica art). The dozen satirical lithographs depict a series of explicitly sexual postures and assaults (charges) enacted by diabolical characters. Gird your loins. And strictly for research pushes, here the pictures: 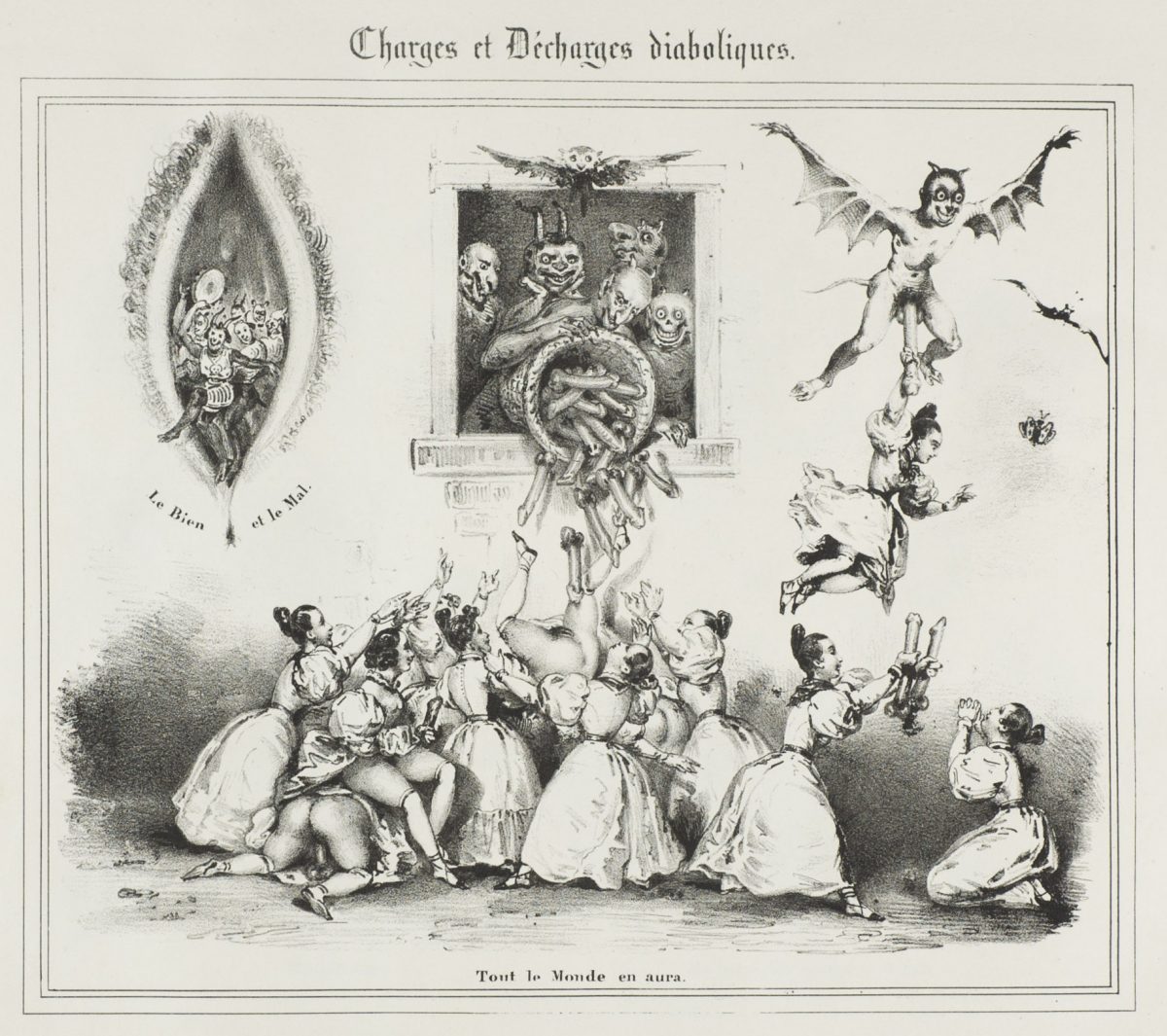 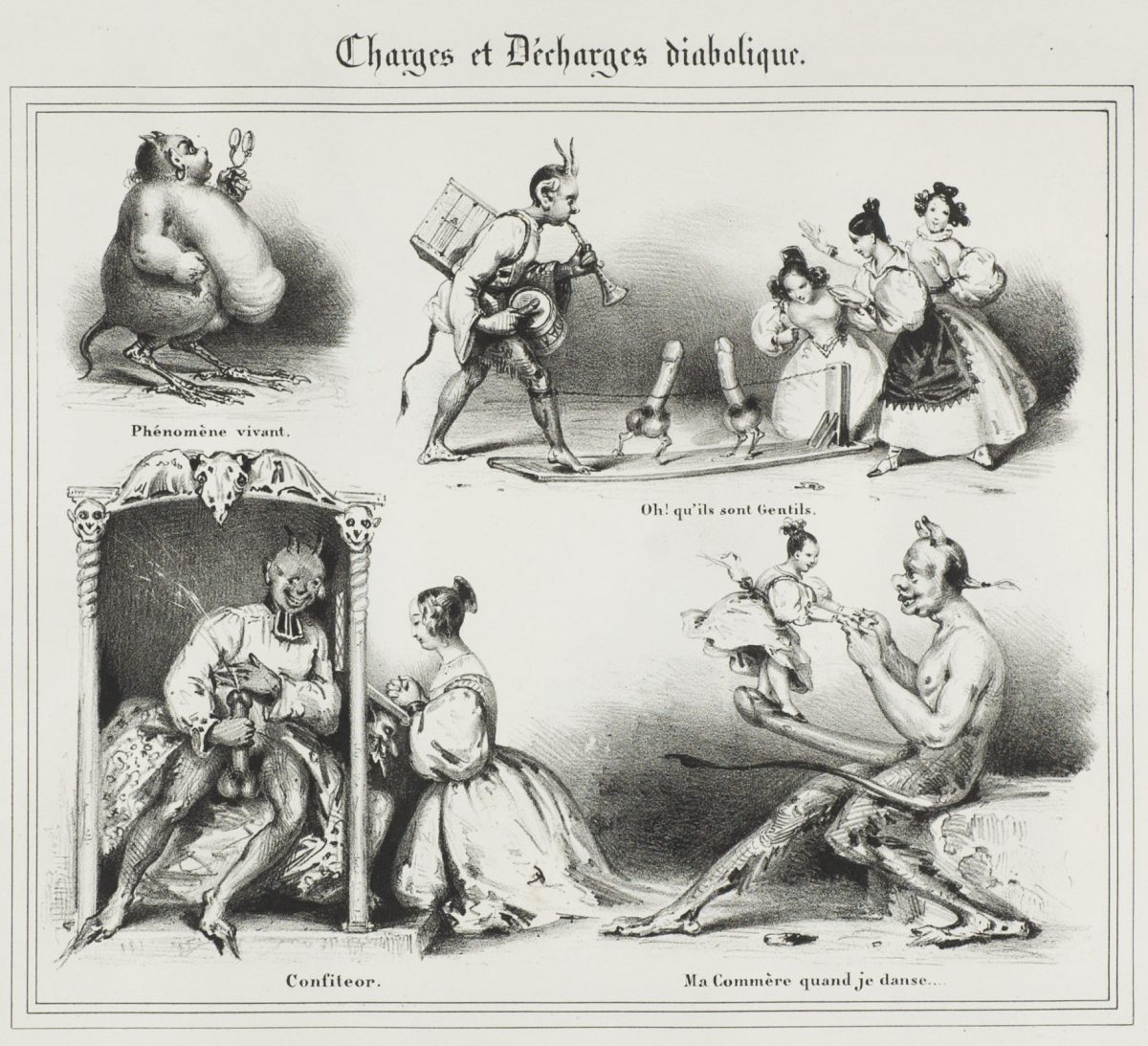 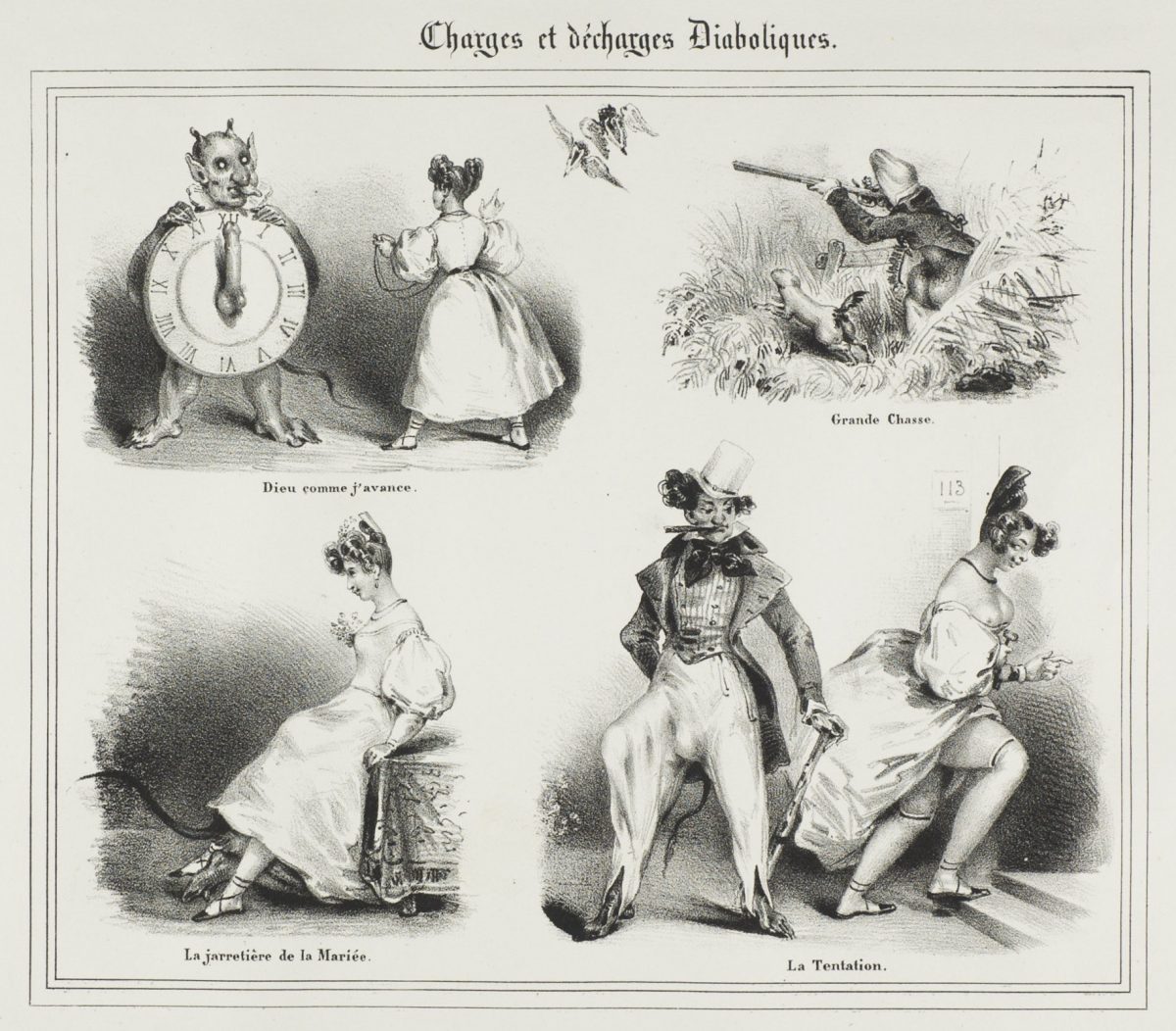 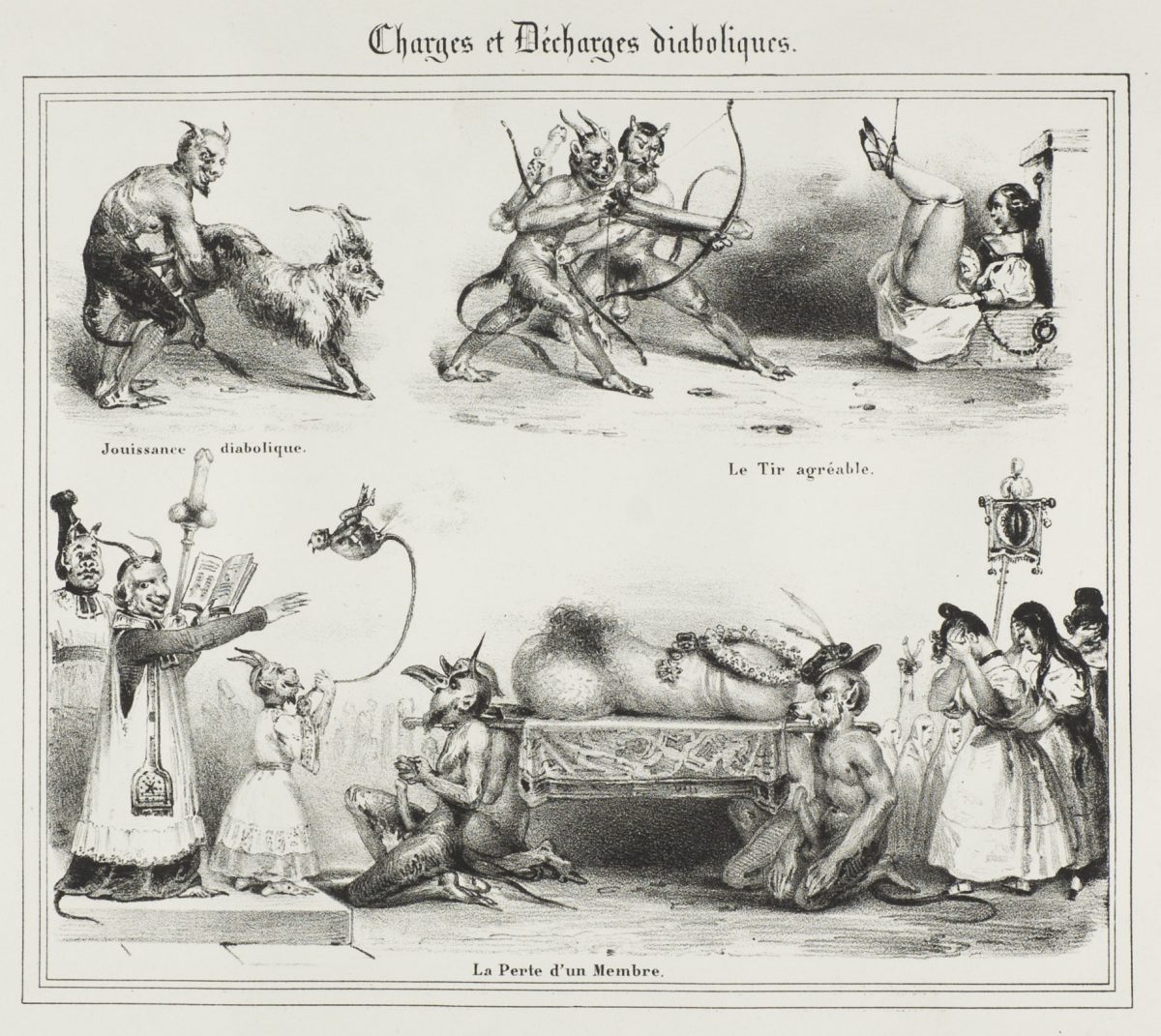 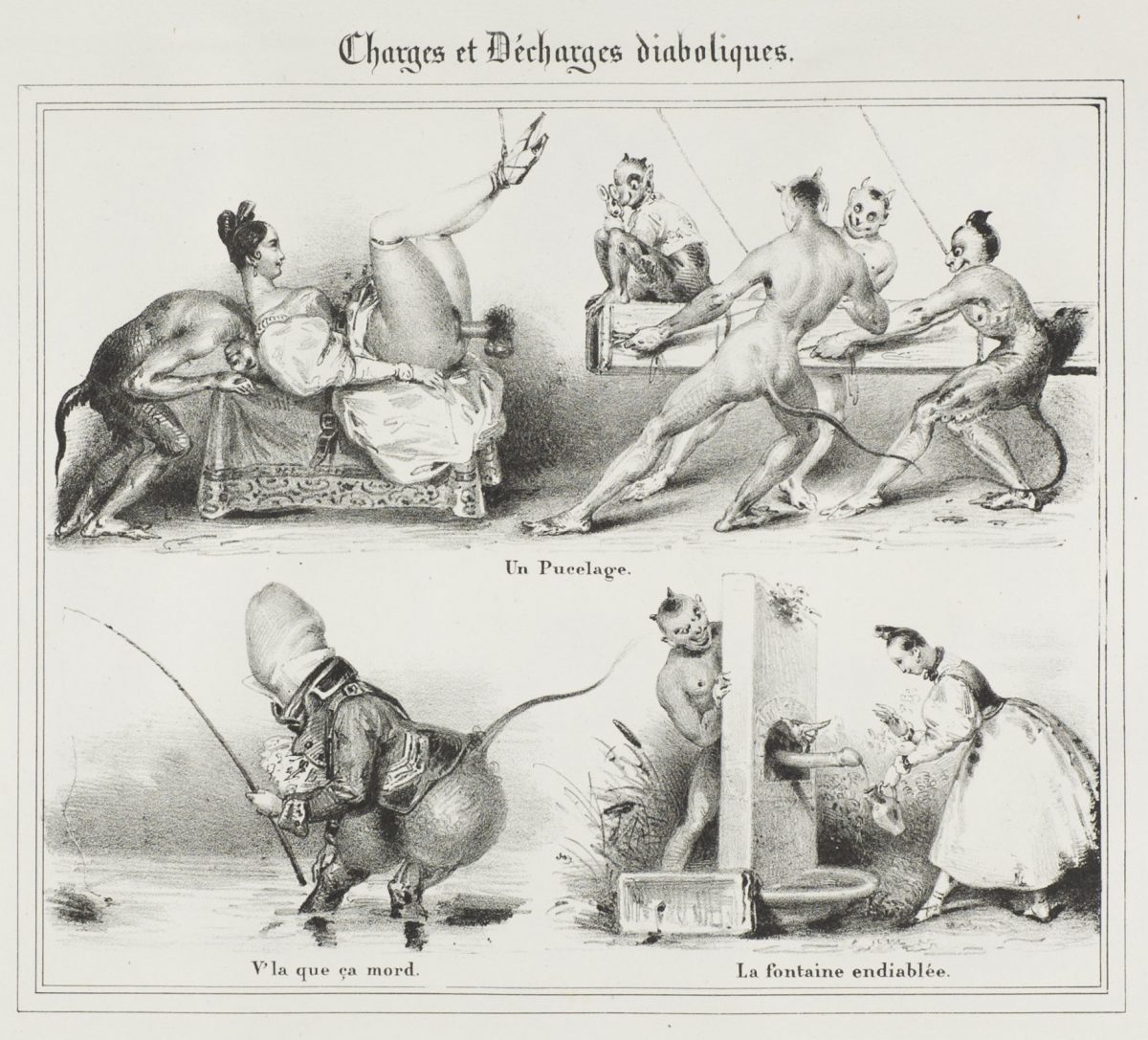 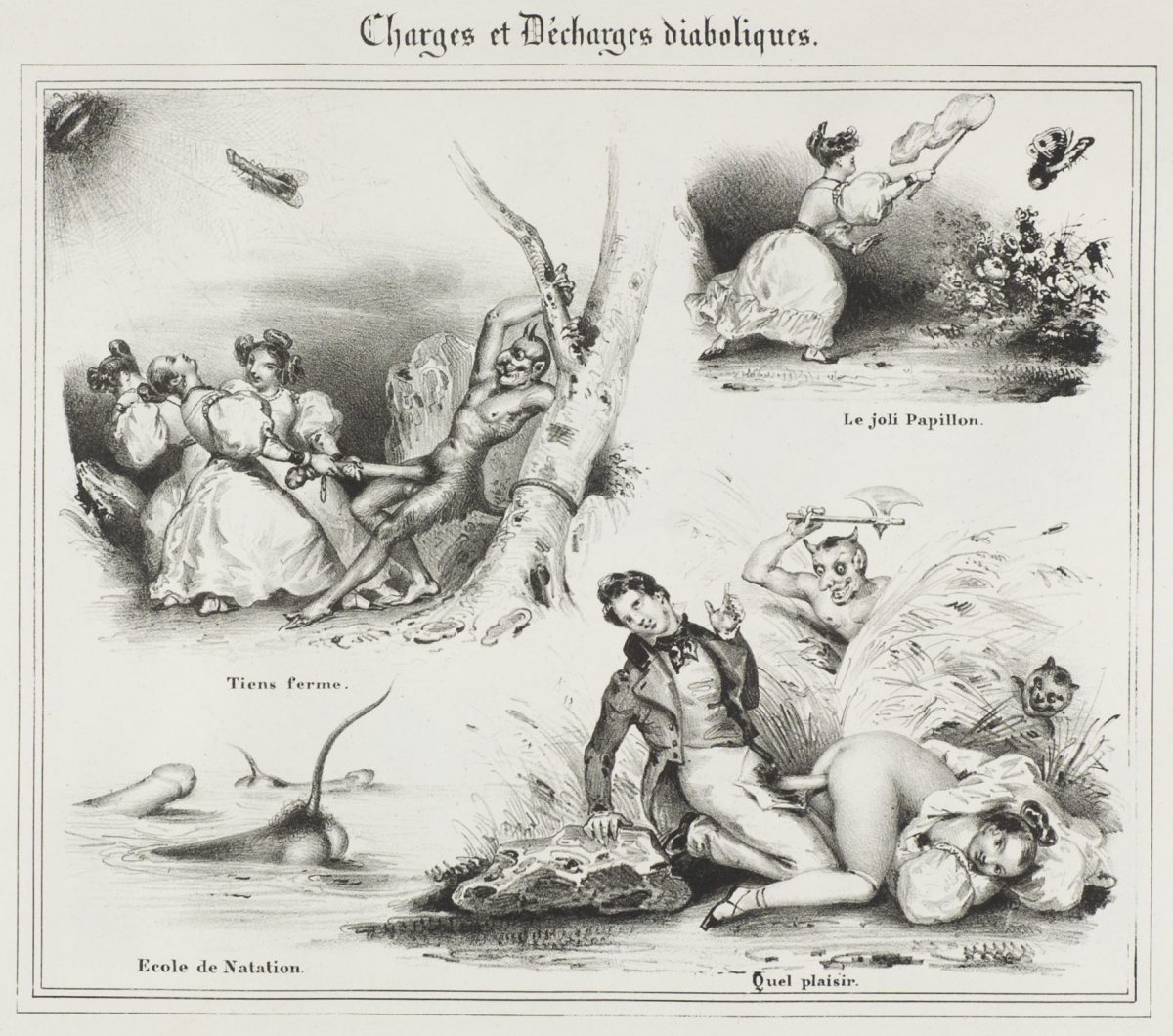 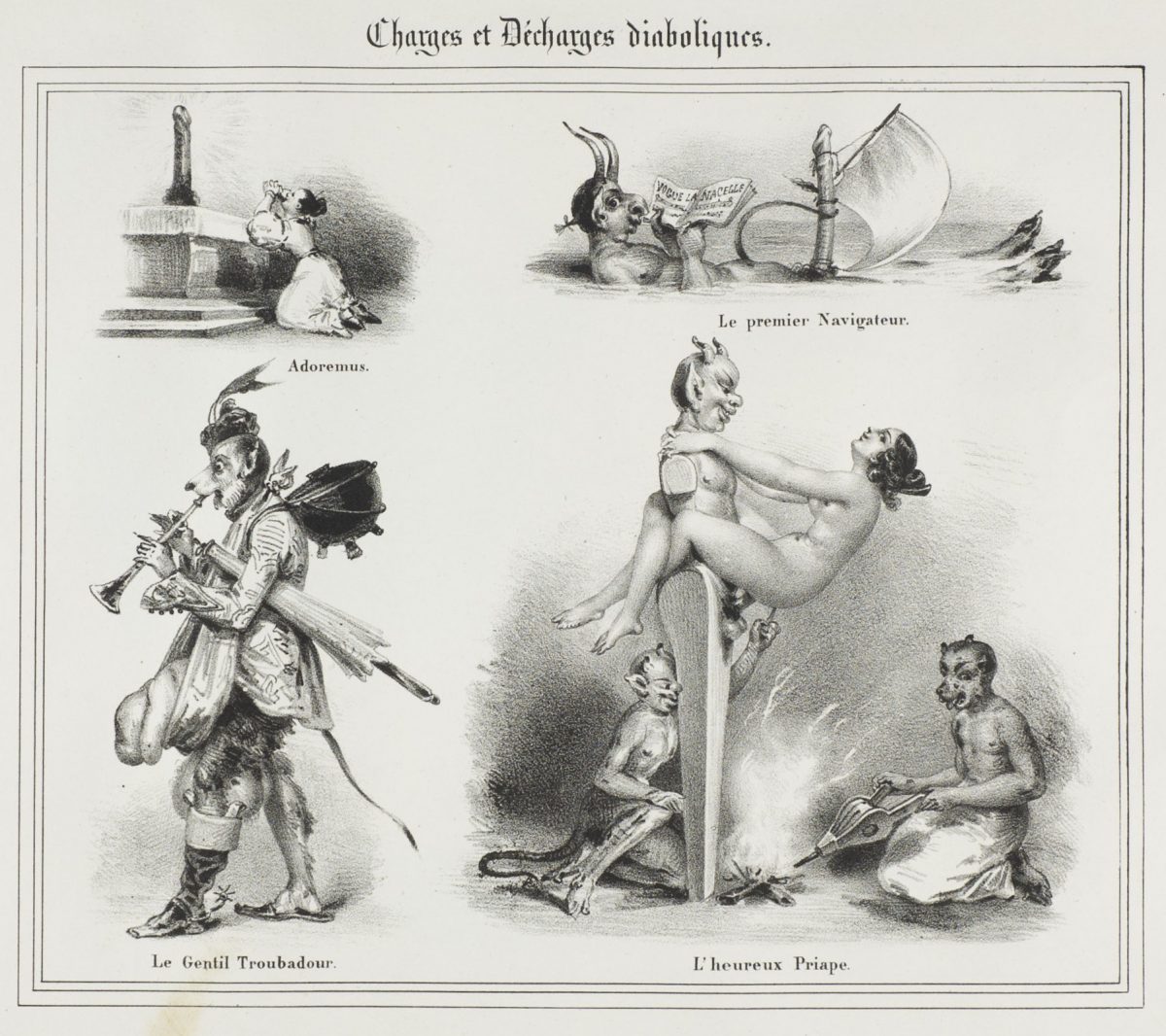 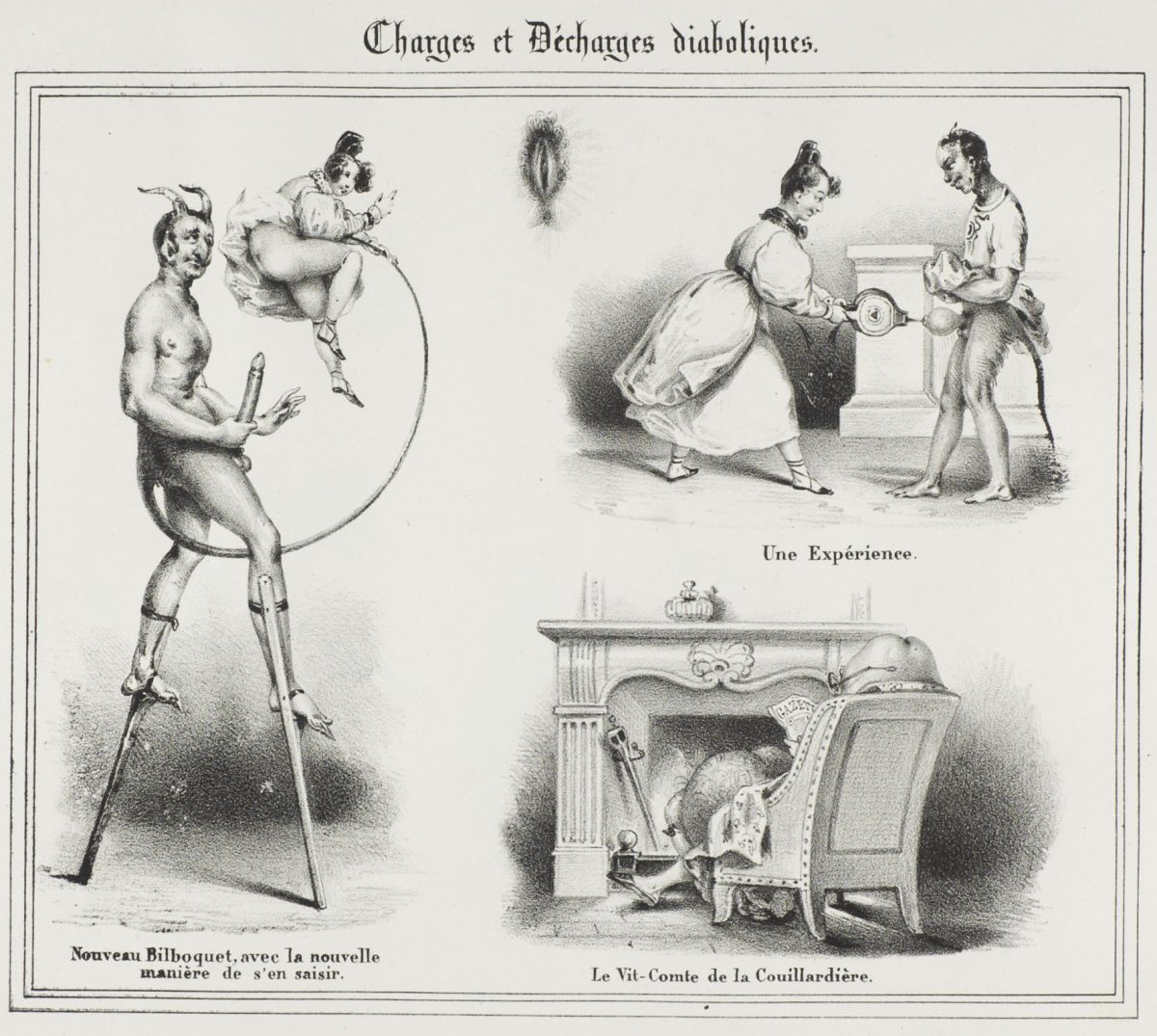 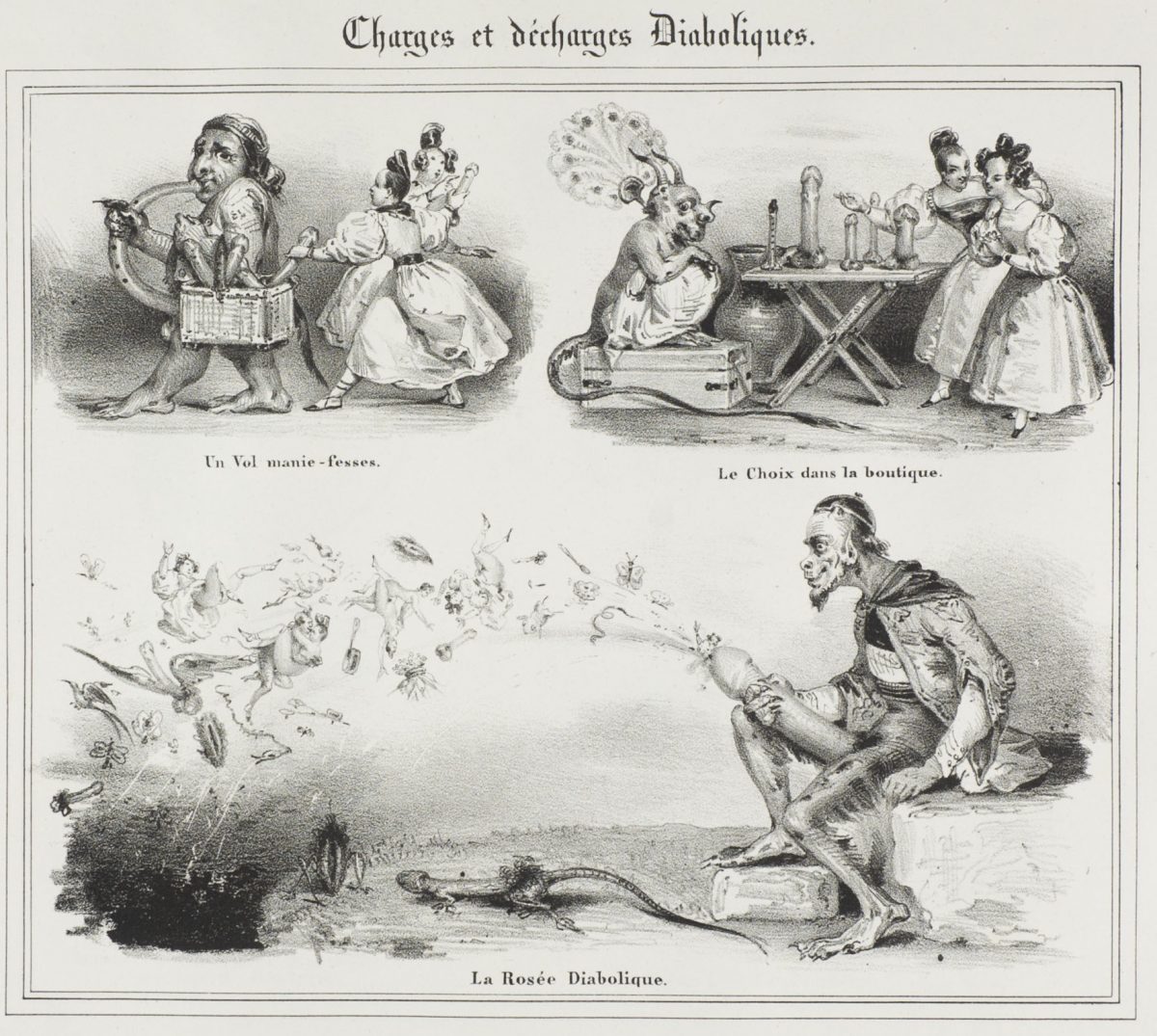 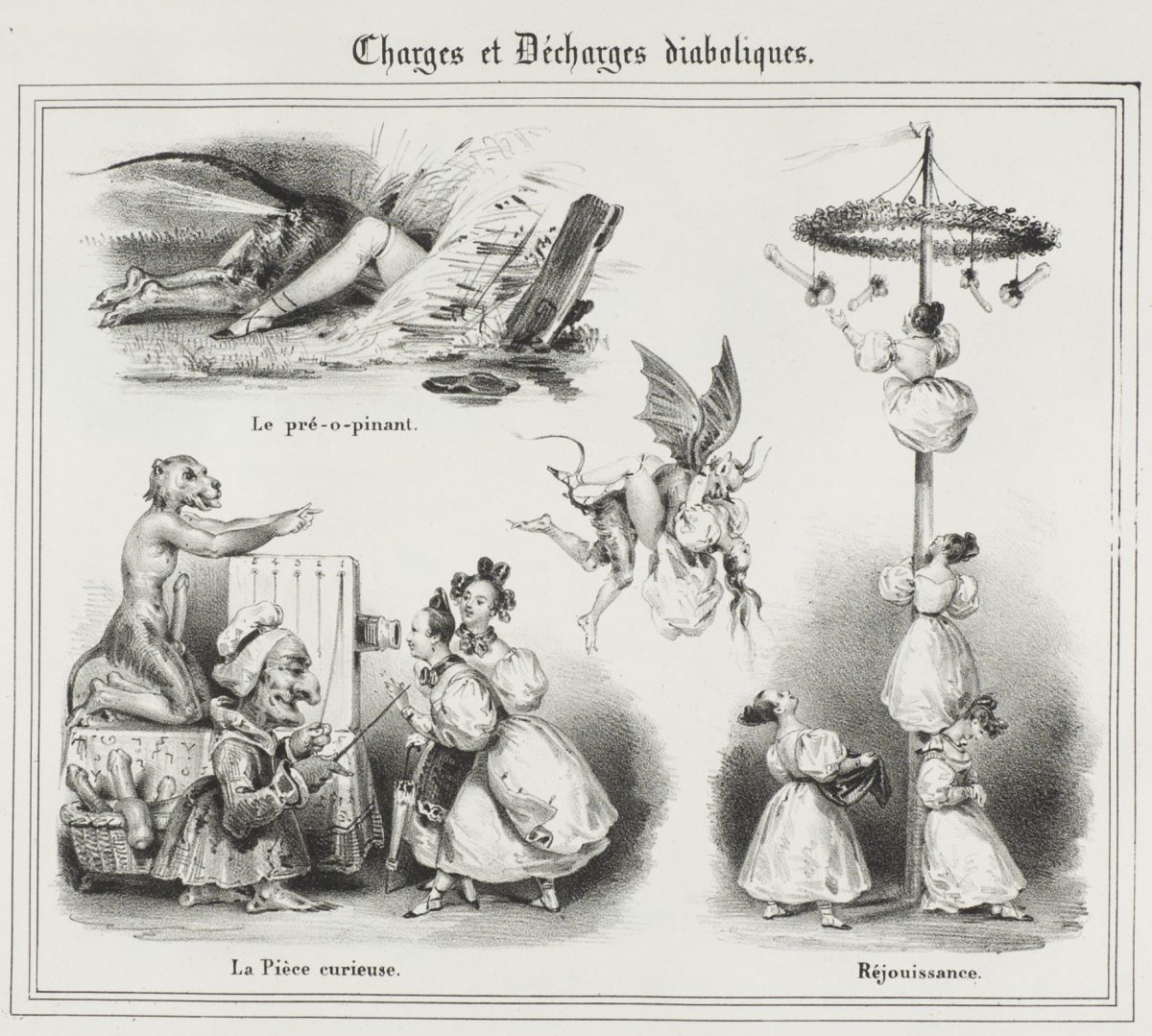 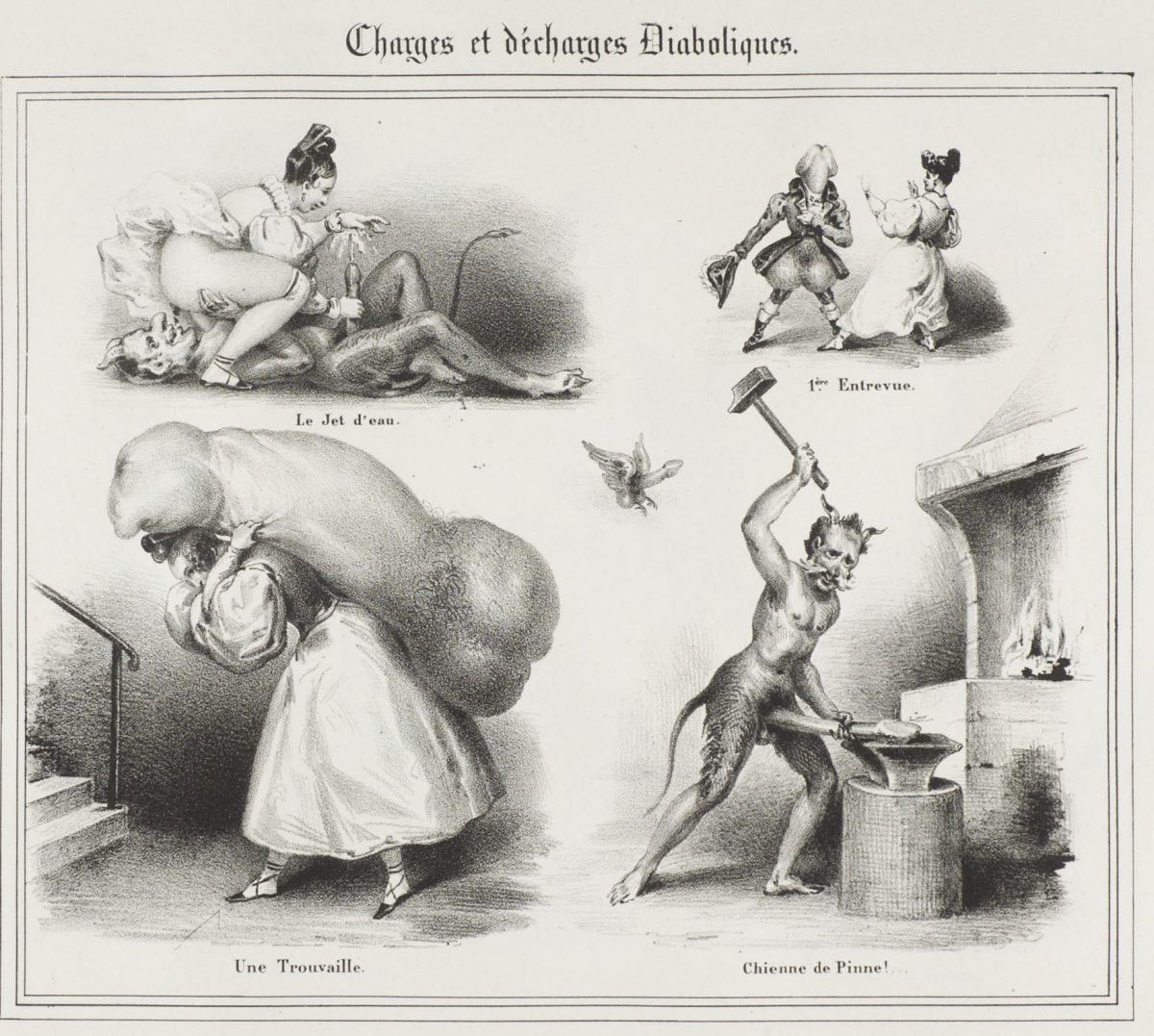 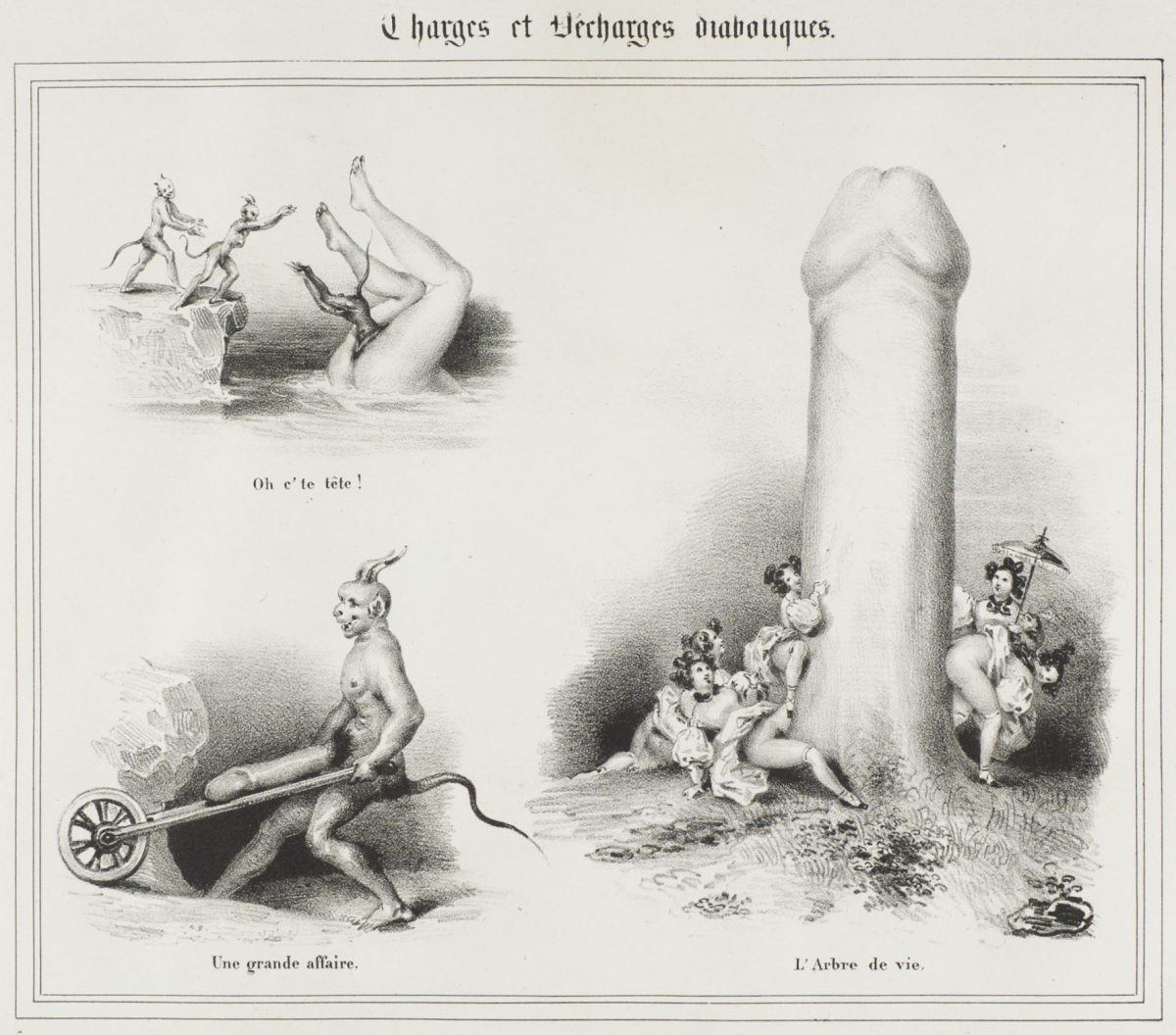 Eugène Lepoittevin (1806-1870) was a French landscape painter, lithographer and caricaturist. He was appointed as Peintre de la Marine for the French Ministry of Defence in 1849