You could cut this 18th Century Japanese scroll into neat squares and use the 24 images for a game of Guess Who? – Yokai. Does yours have one eye..?  Does yours have teeth..? Does yours eat raw human anuses..? (The Kappa does.) The scroll, known as the Bakemono zukushi, was painted by an artist or artist now unknown. Matthew Mayer helps us know what a yokai is:

“When the last rays of
Sunshine fade from the day:
That’s when Japan’s Yokai
Come out to play.” 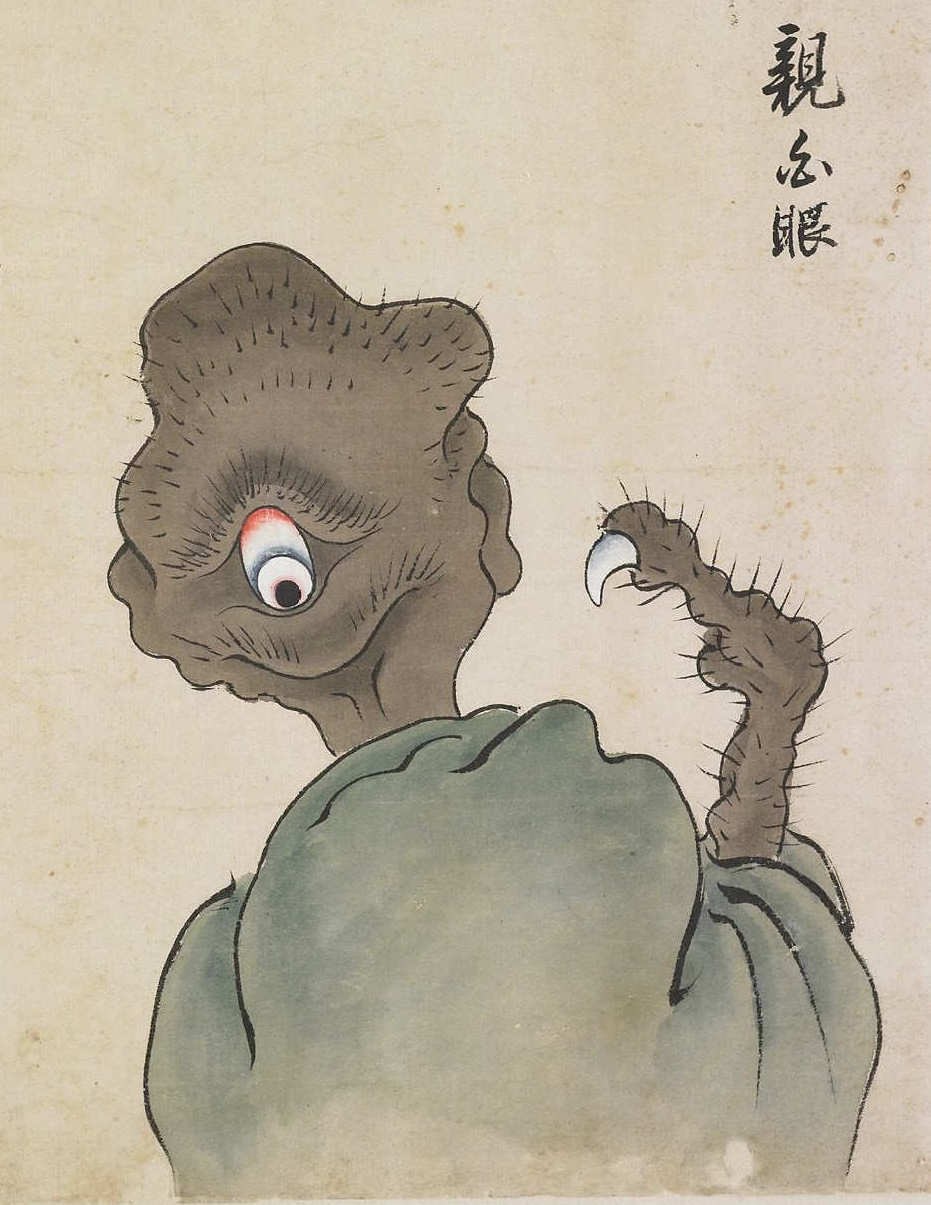 Oyajirome (親白眼) has a bulging eye on the back of its head and a claw on its one-fingered hand. 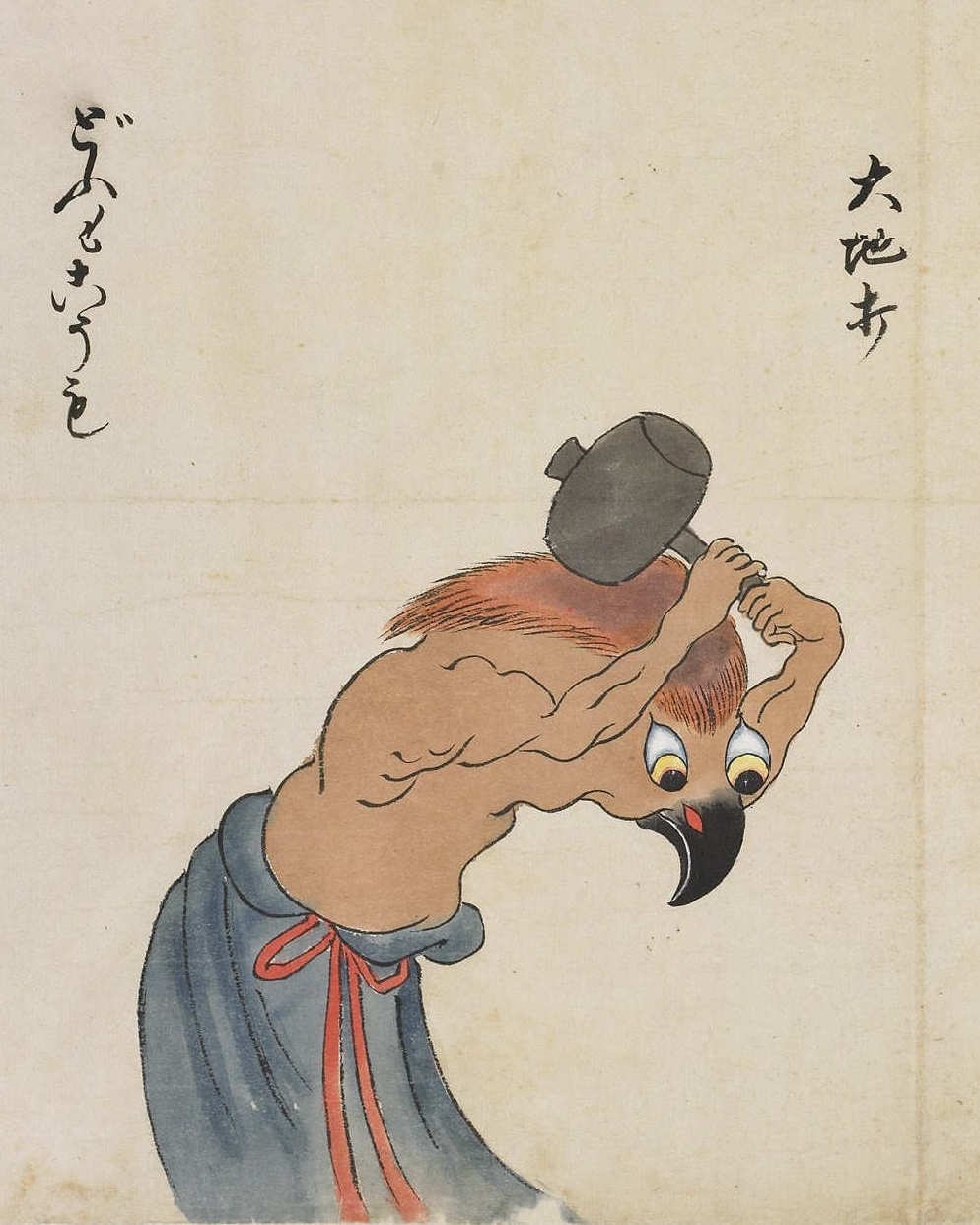 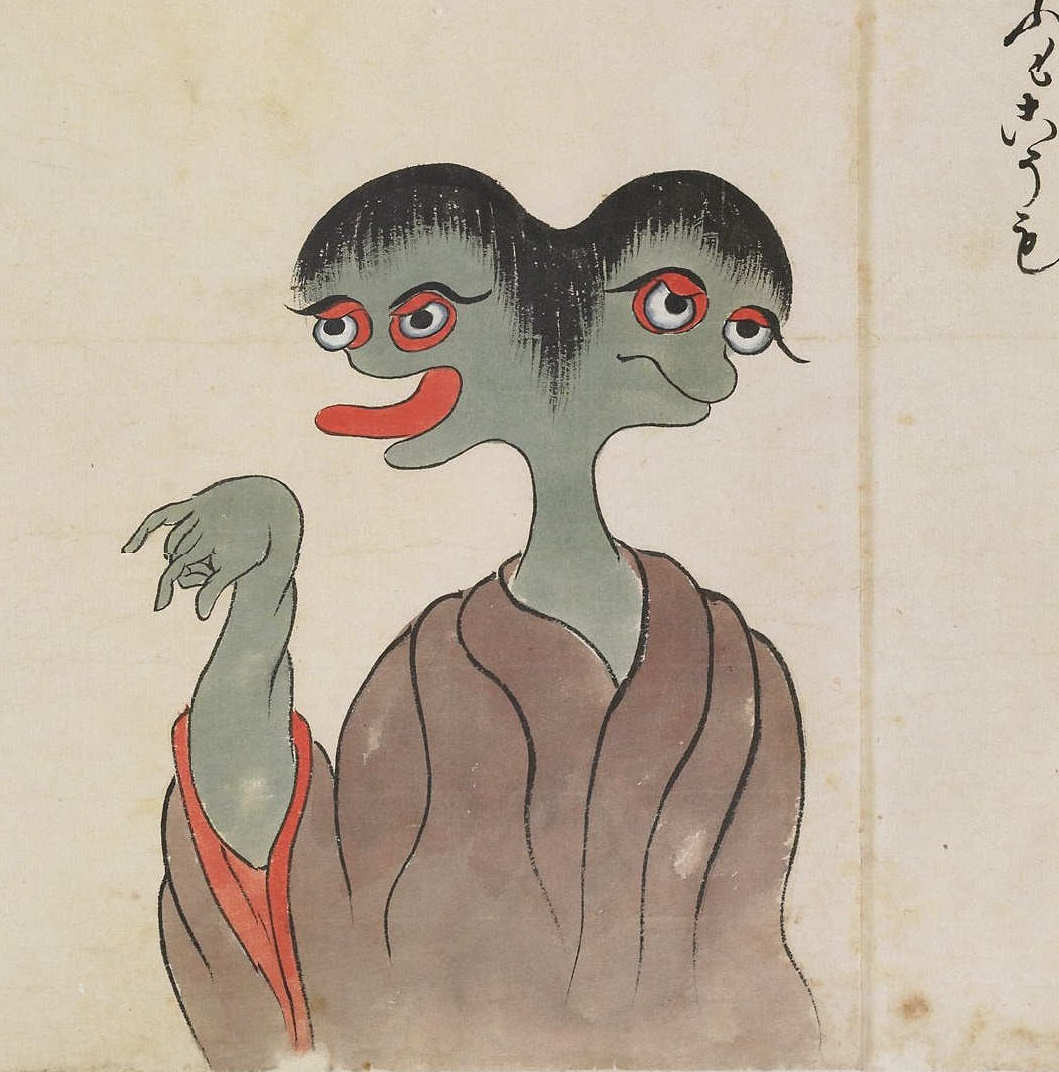 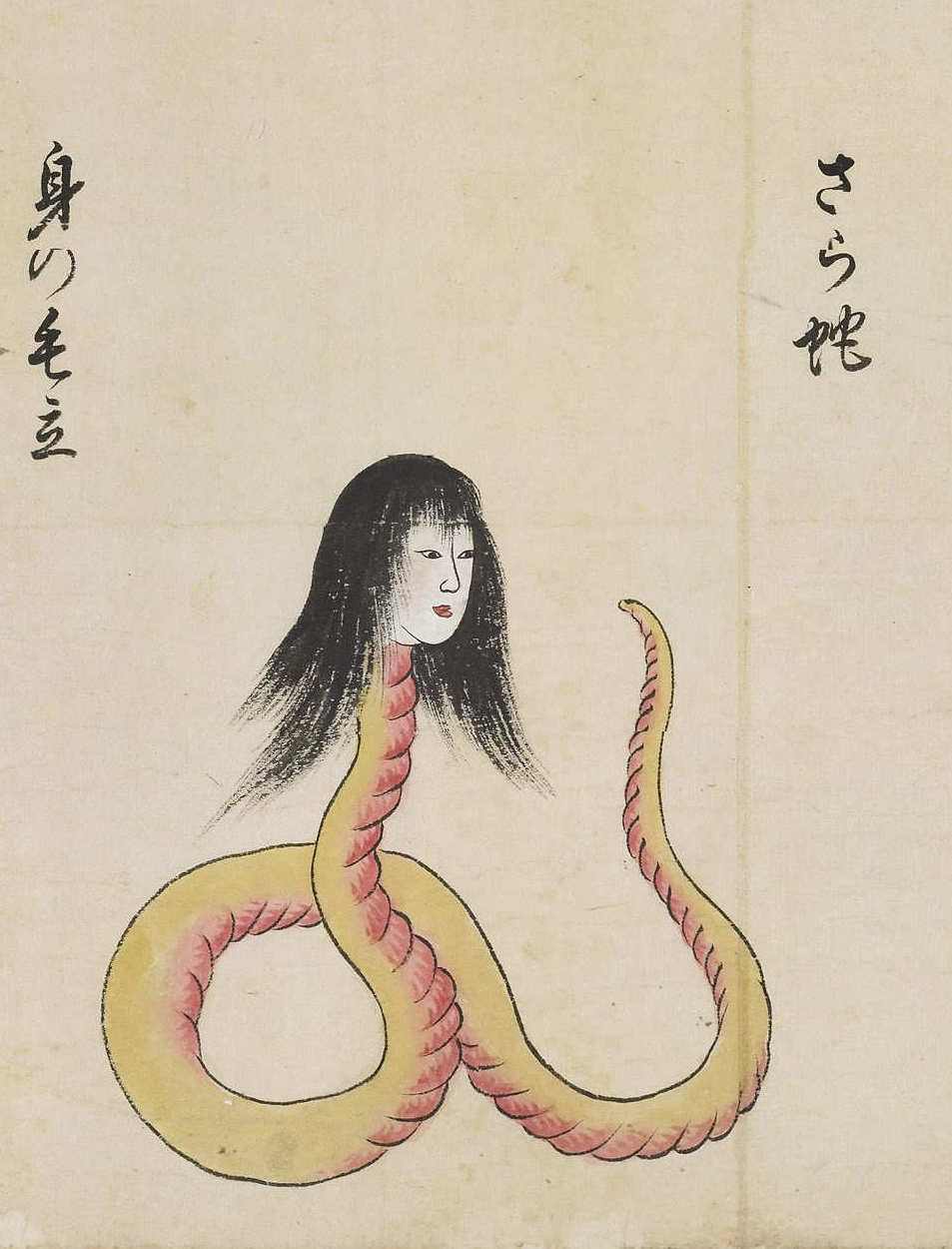 Sara-hebi (さら蛇) is a large, snake-like creature with the head of a woman 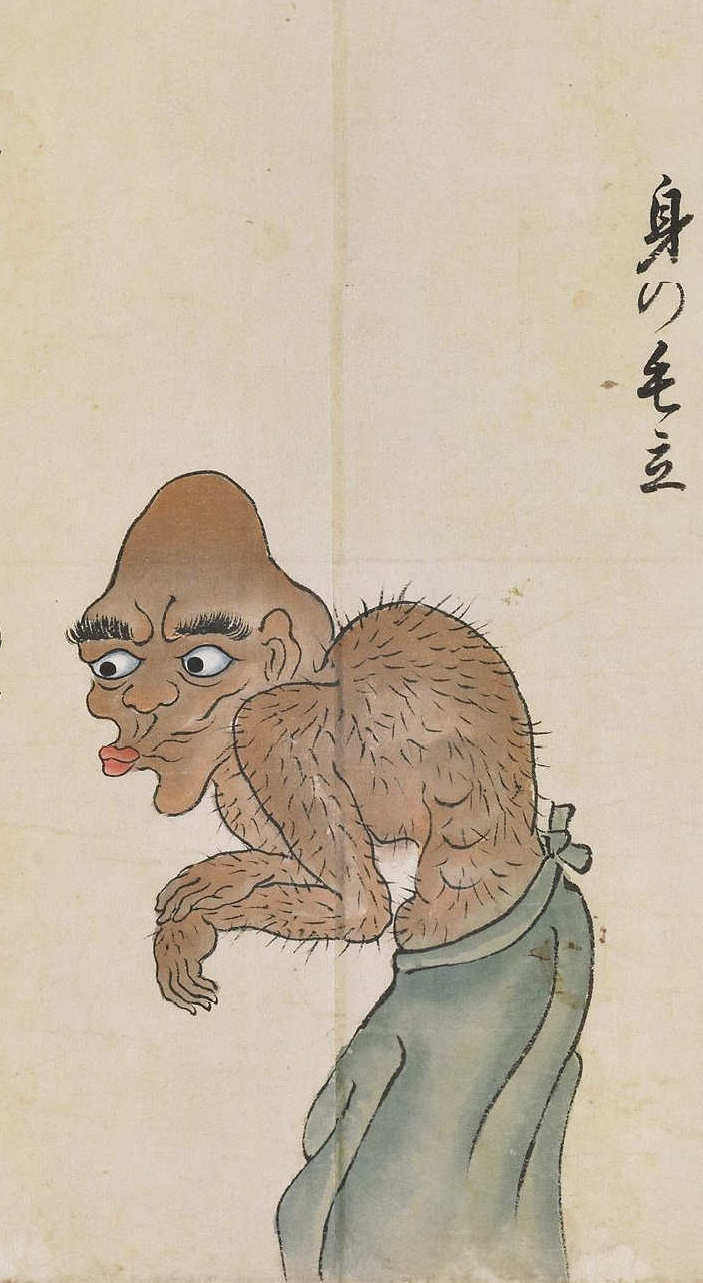 Mi-no-kedachi (身の毛立) has a coat of body hair that stands on end. 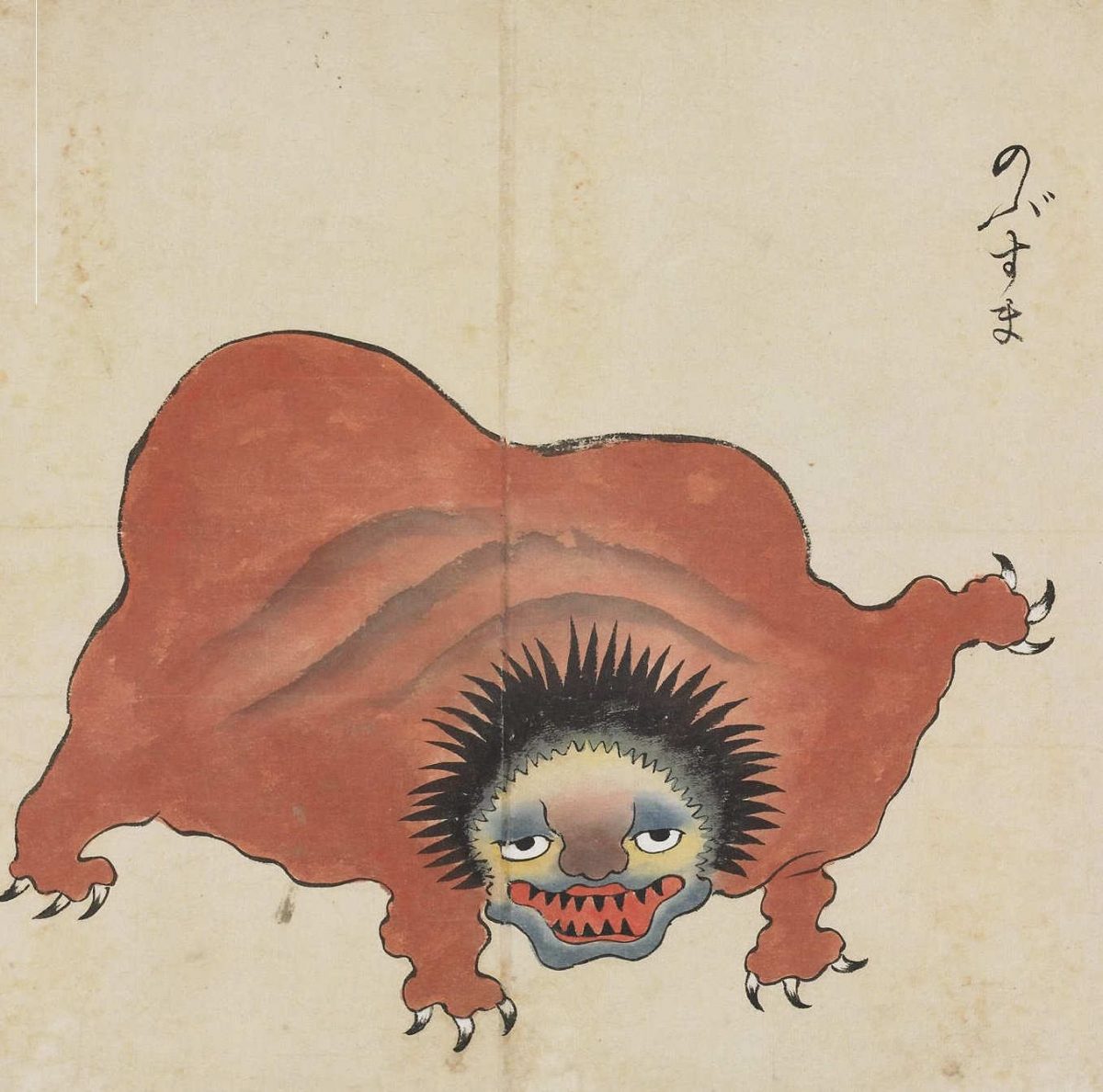 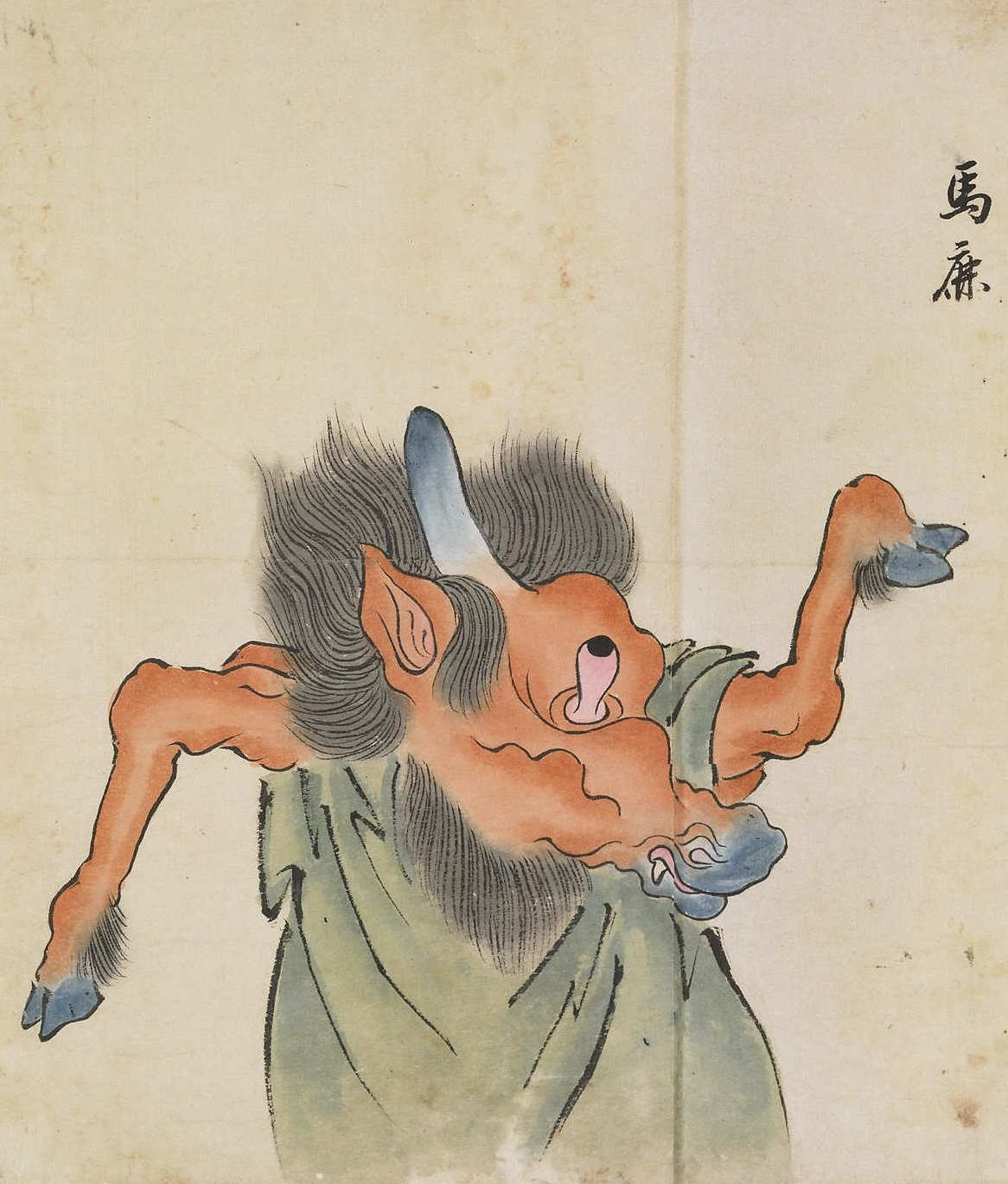 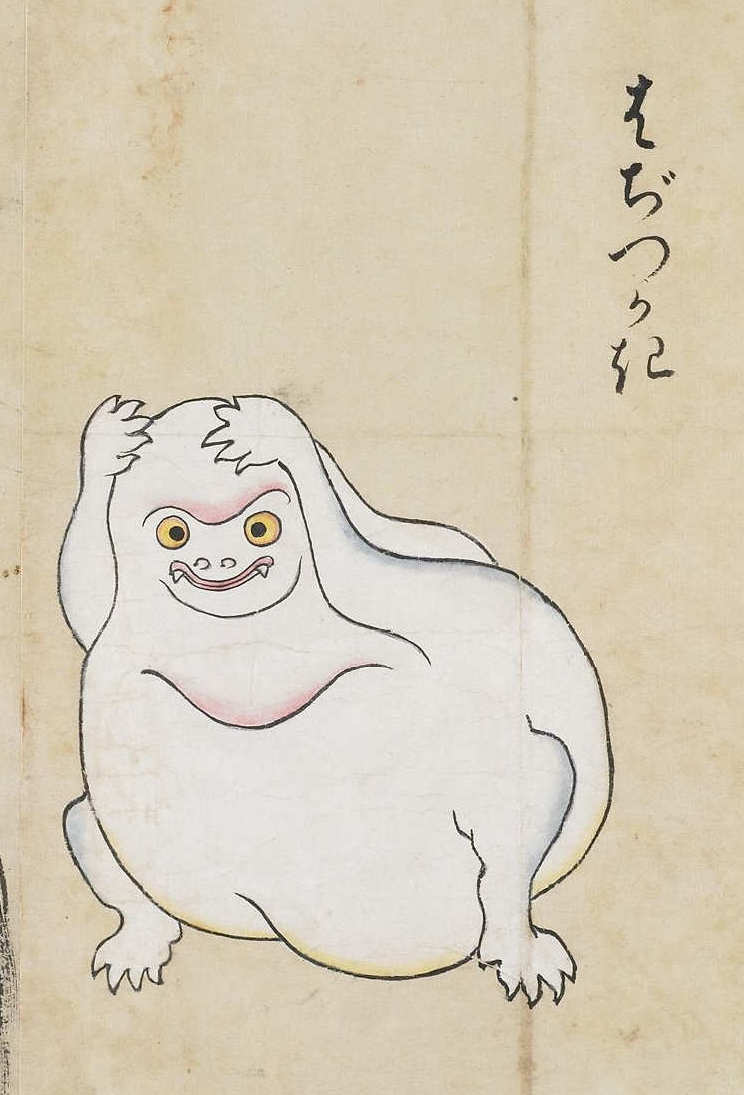 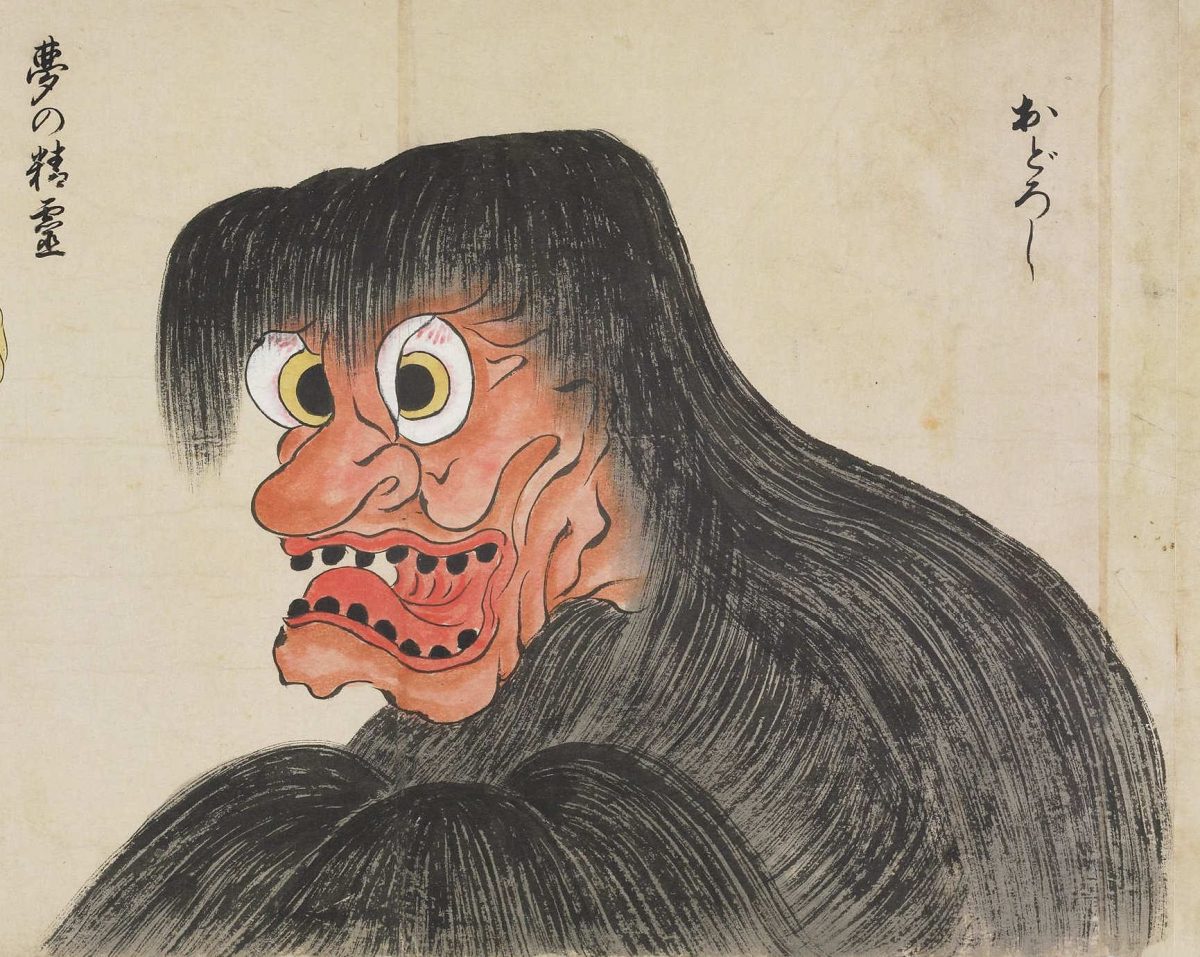 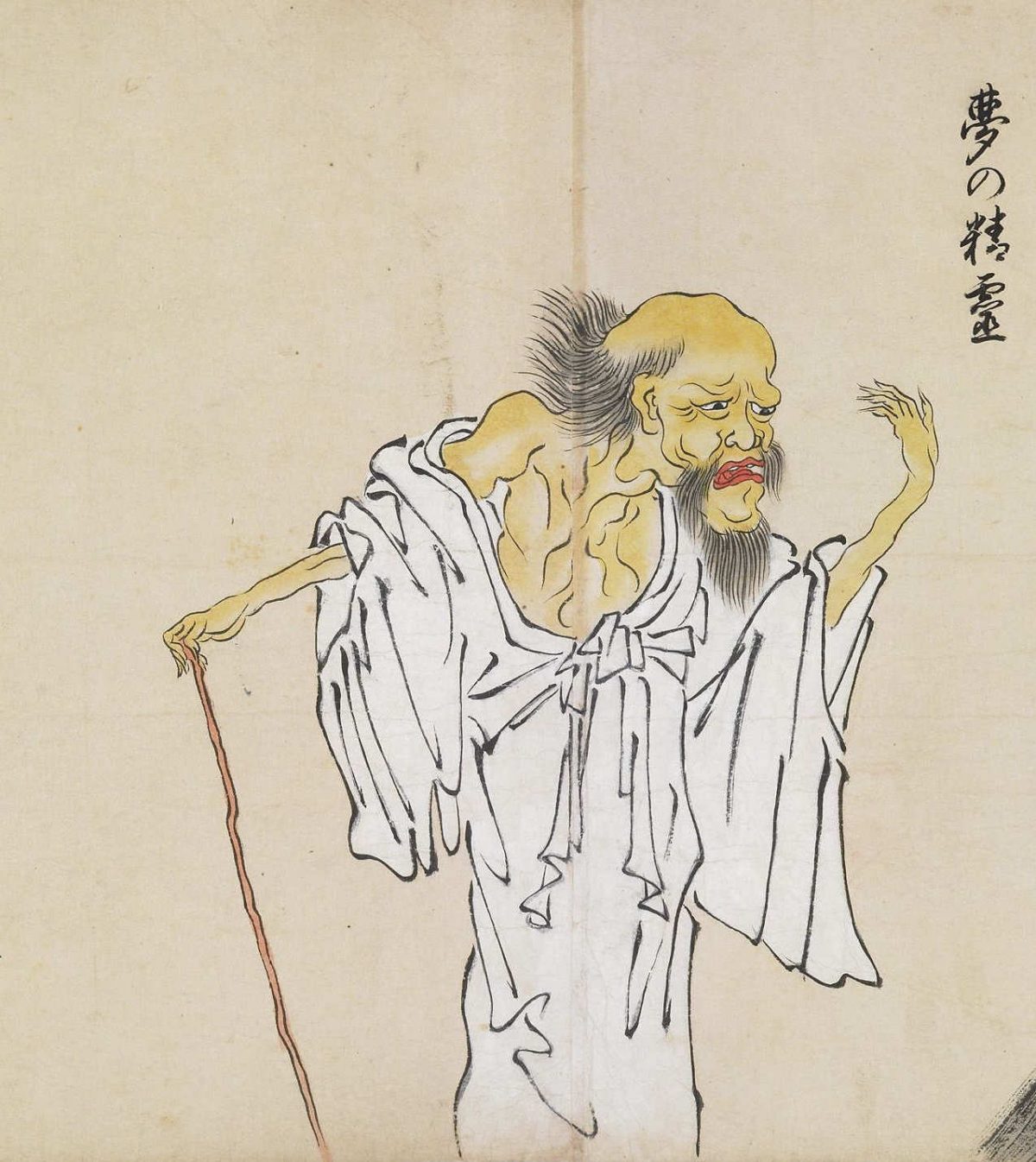 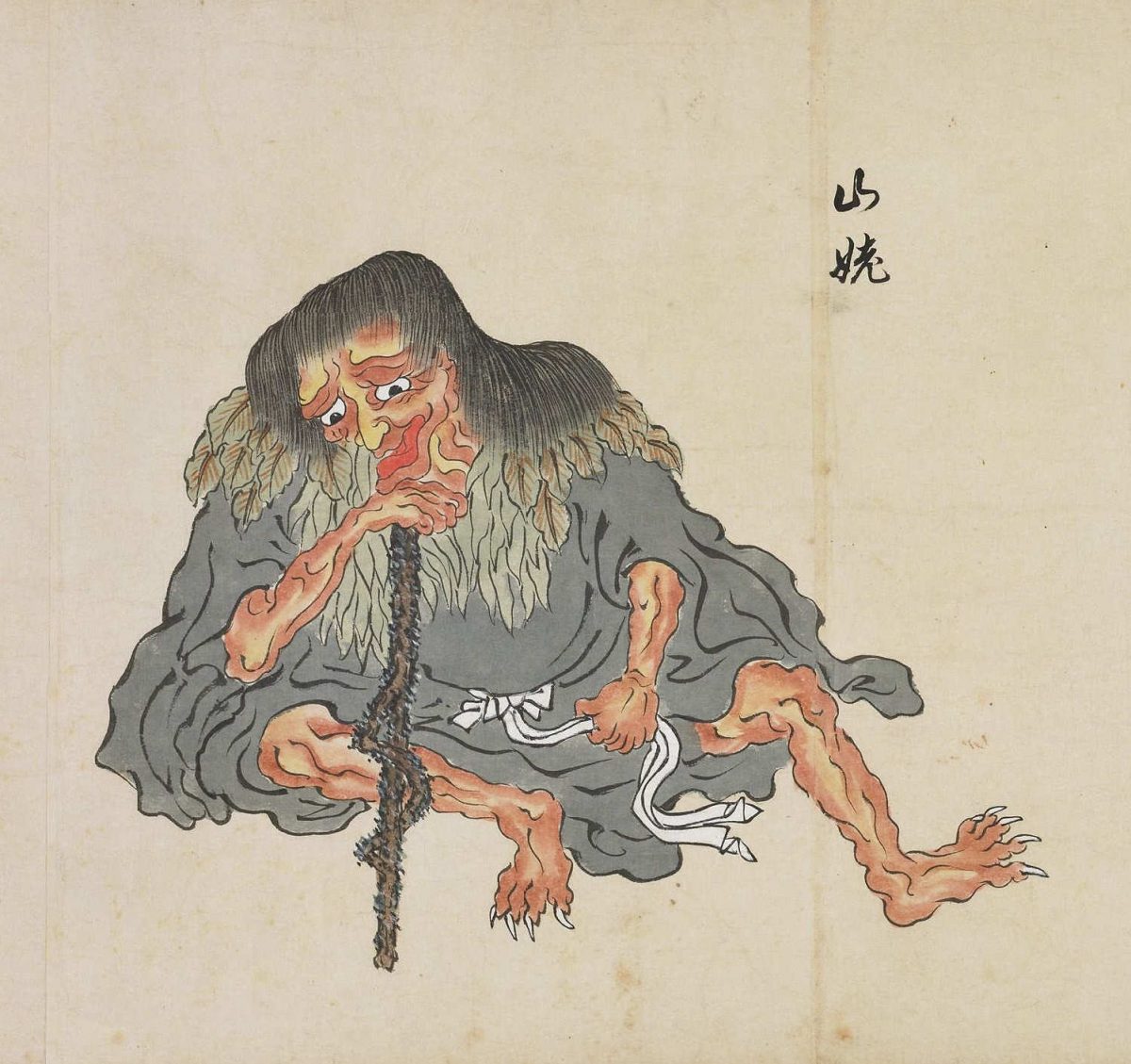 Yamamba (山姥) is a mountain hag 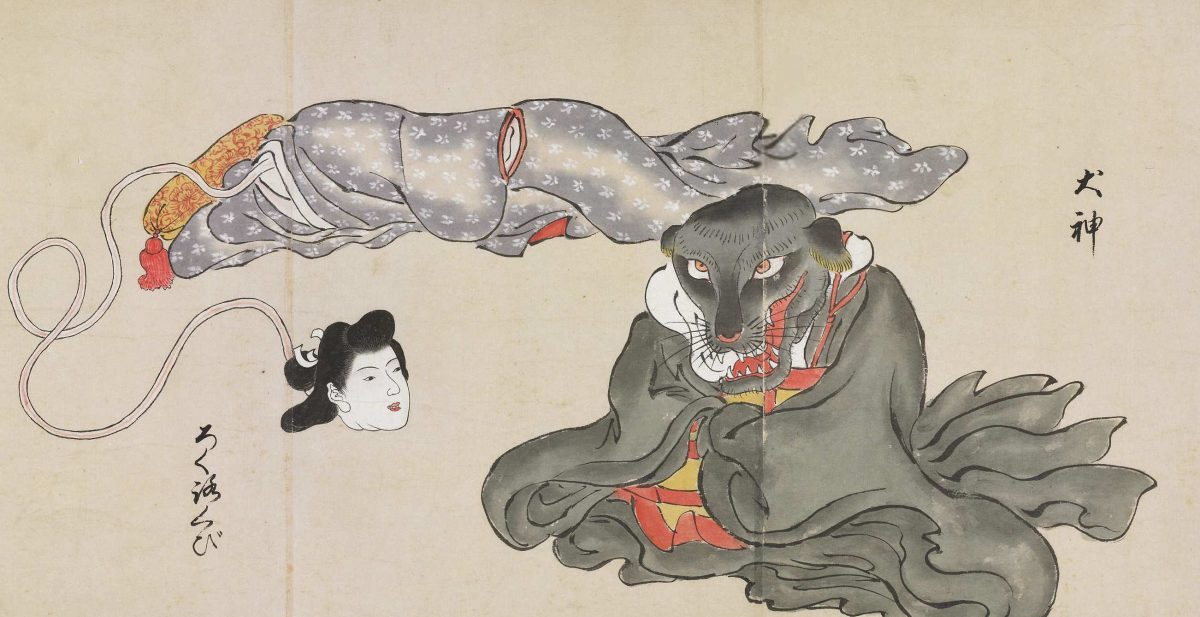 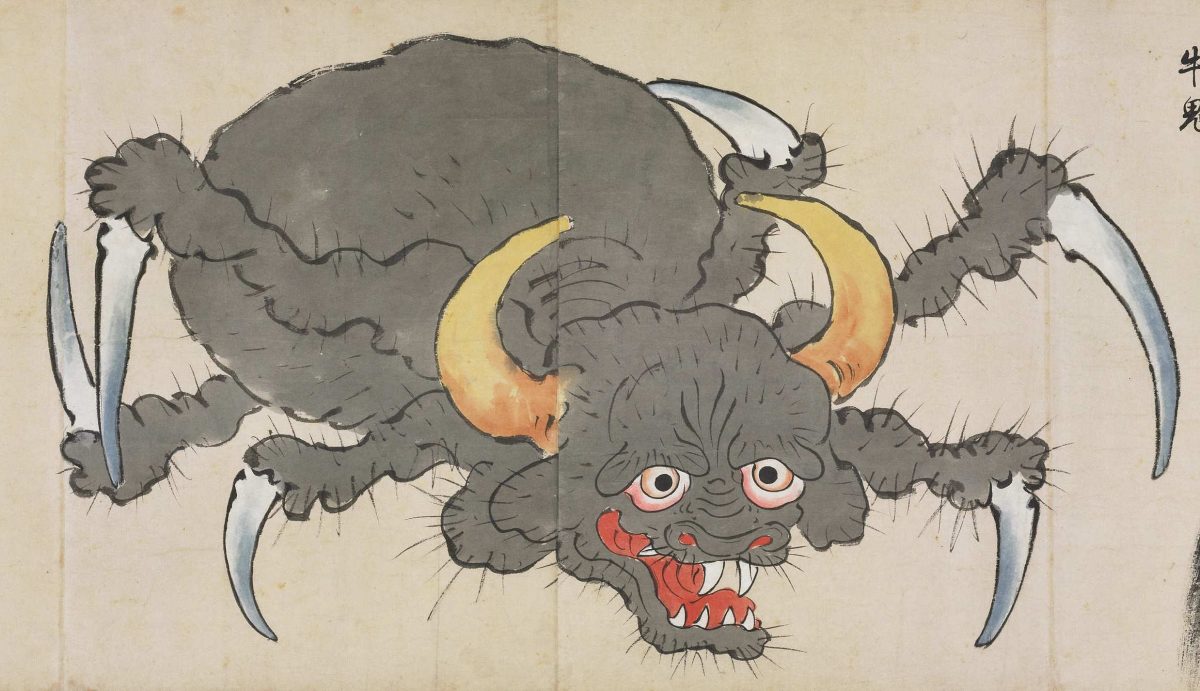 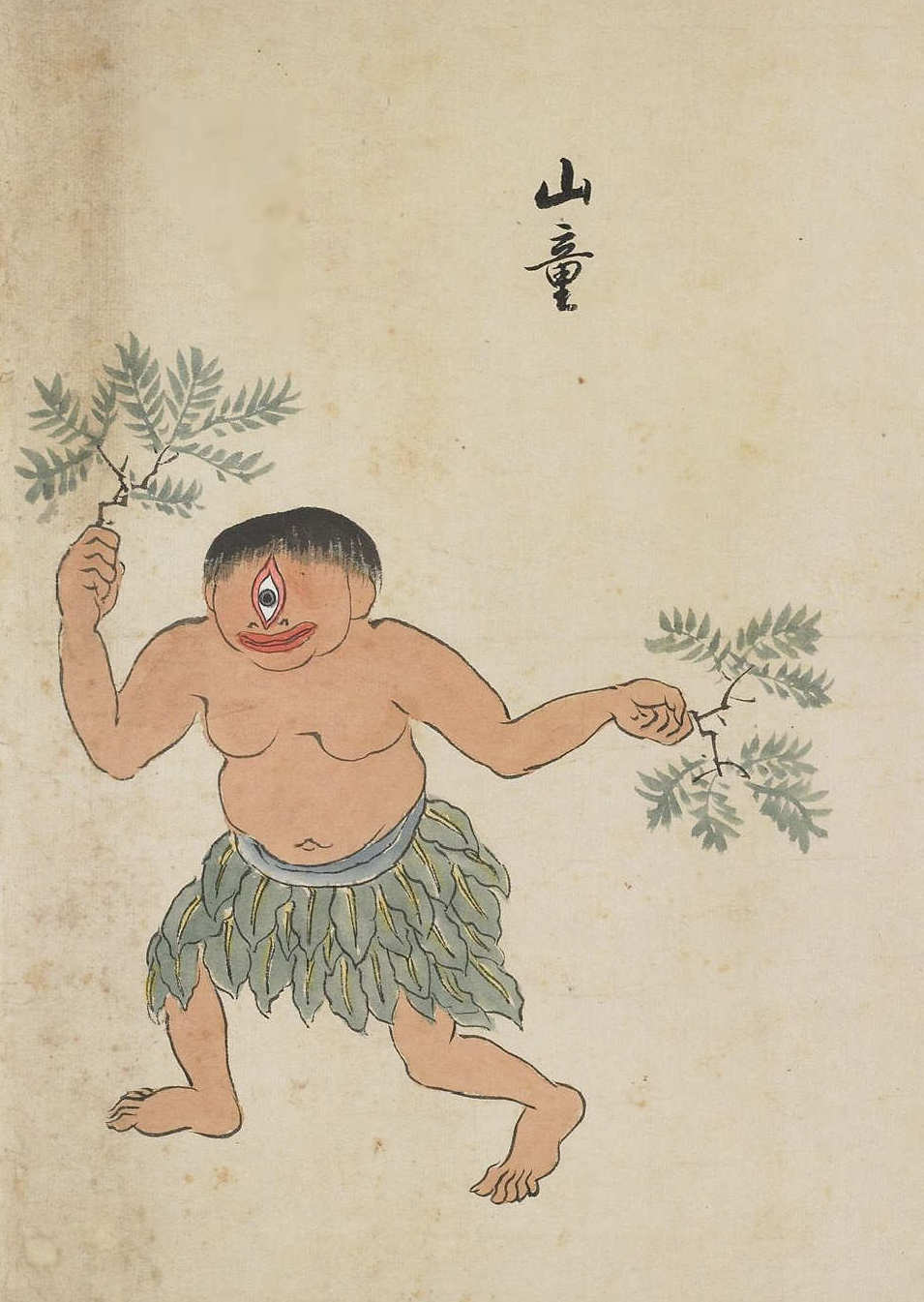 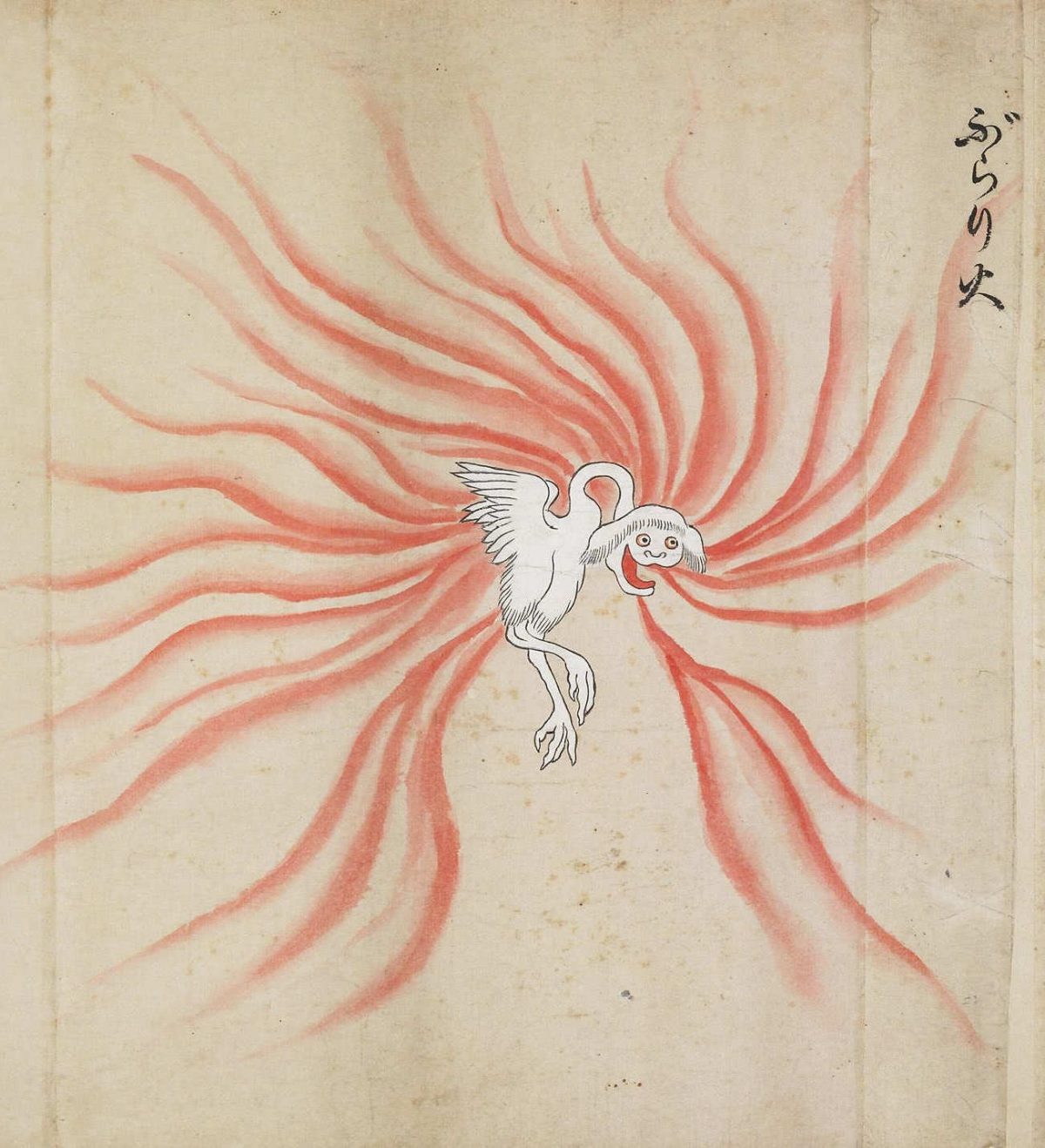 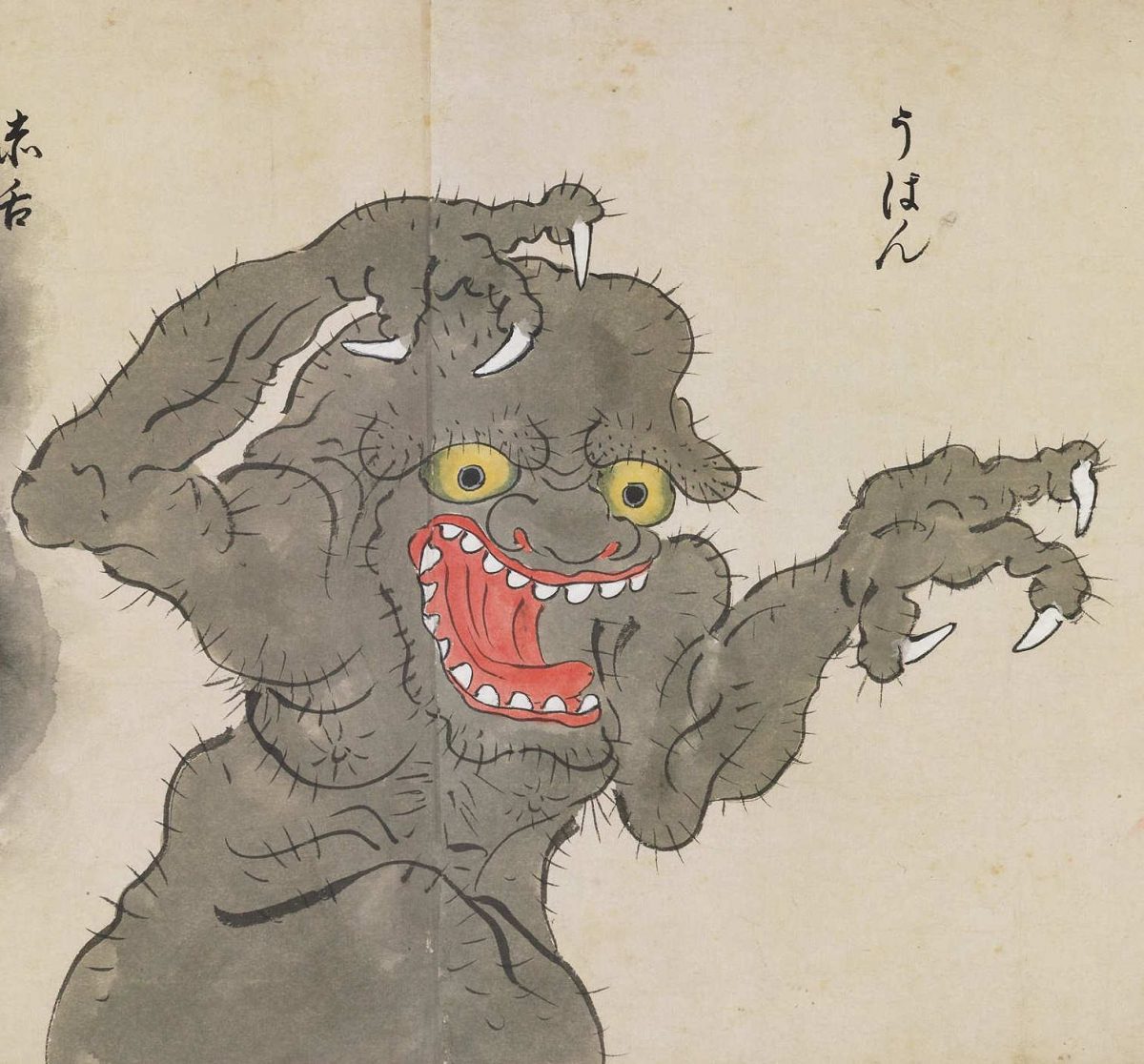 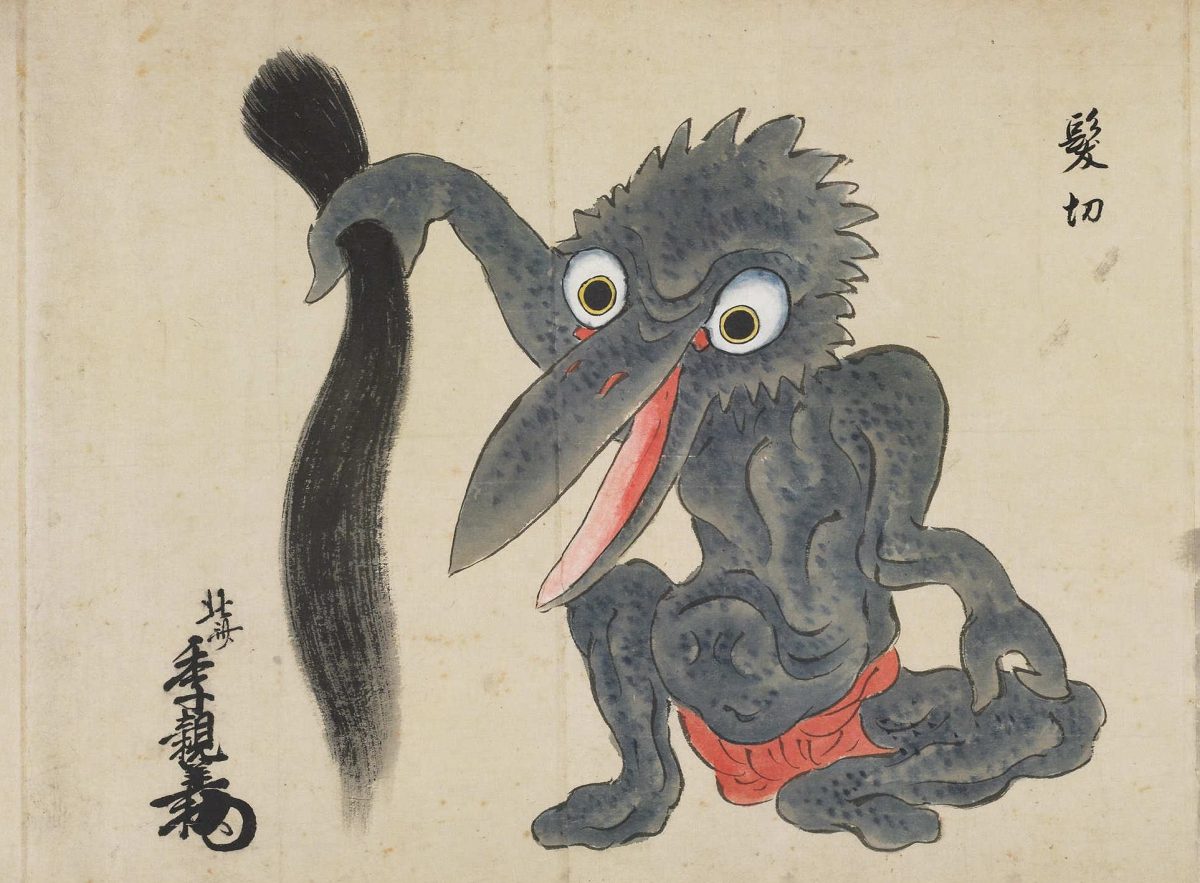 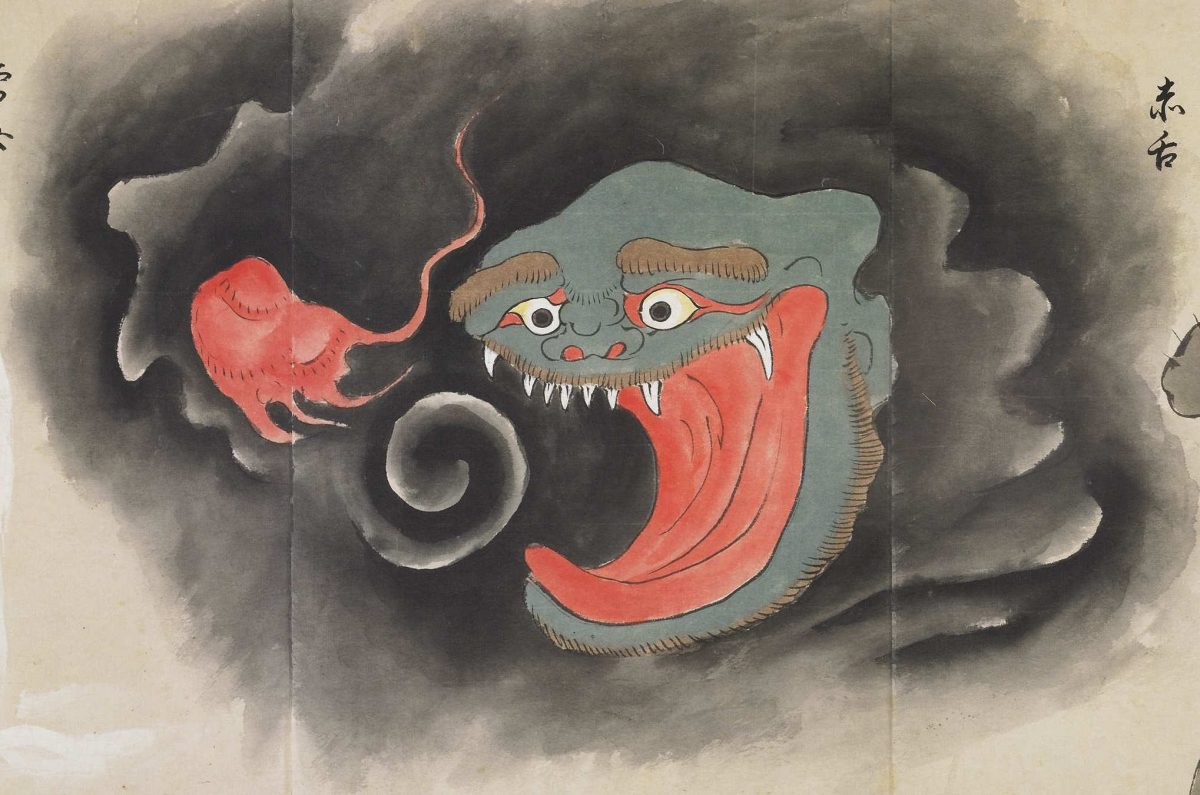 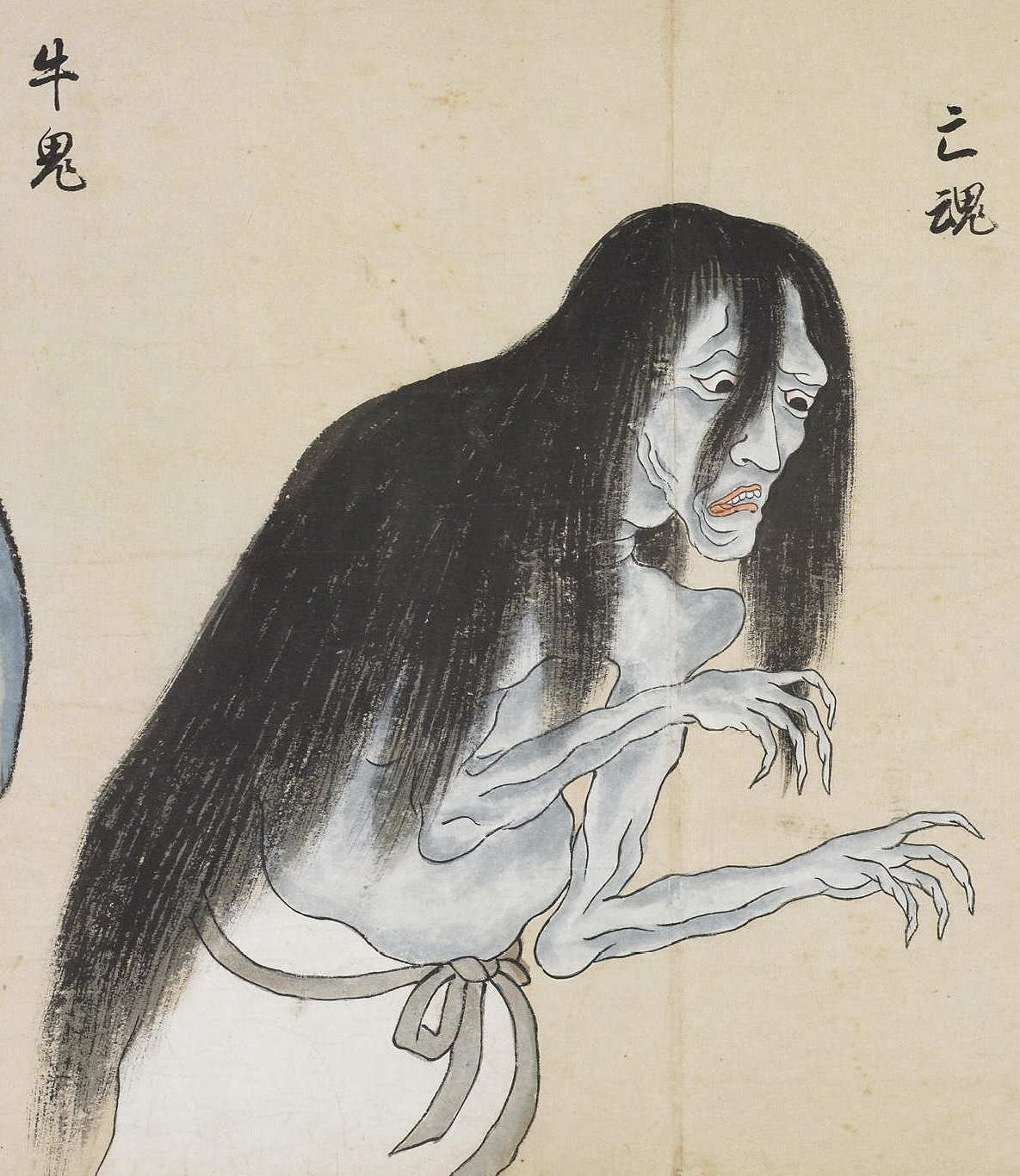