“The past is a foreign country: they do things differently there.”
– L.P. Hartley, The Go-Between 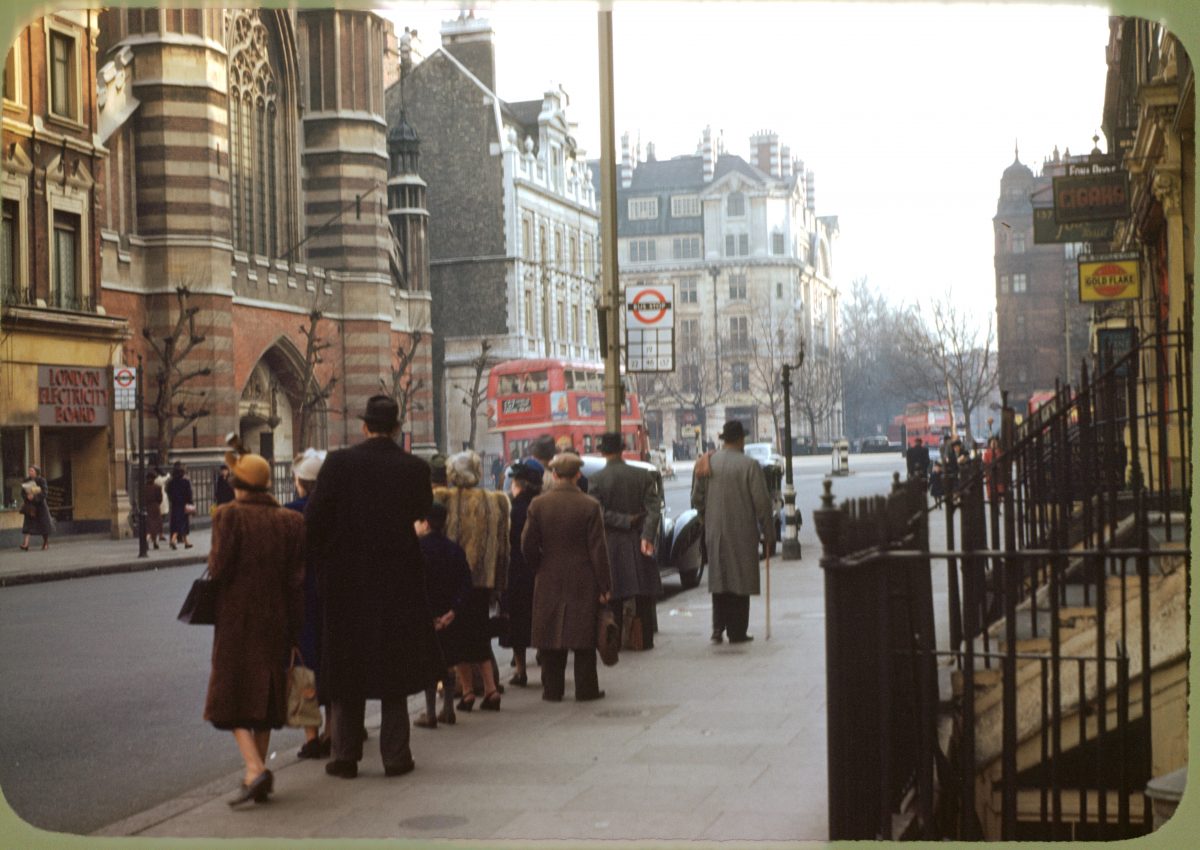 This is Sloane Street, Knightsbridge[1], looking at the Holy Trinity Church, and then down to Sloane Square.

In 1949, American Chalmers Butterfield was in England. Using Kodachrome film, he took these pictures of London. Men wore hats and carried black umbrellas and briefcases. Women wore furs and stockings the colour of stewed tea. Boys wore shorts all year round. Tobacco and gin were the drugs of choice.

Everything old is new again. 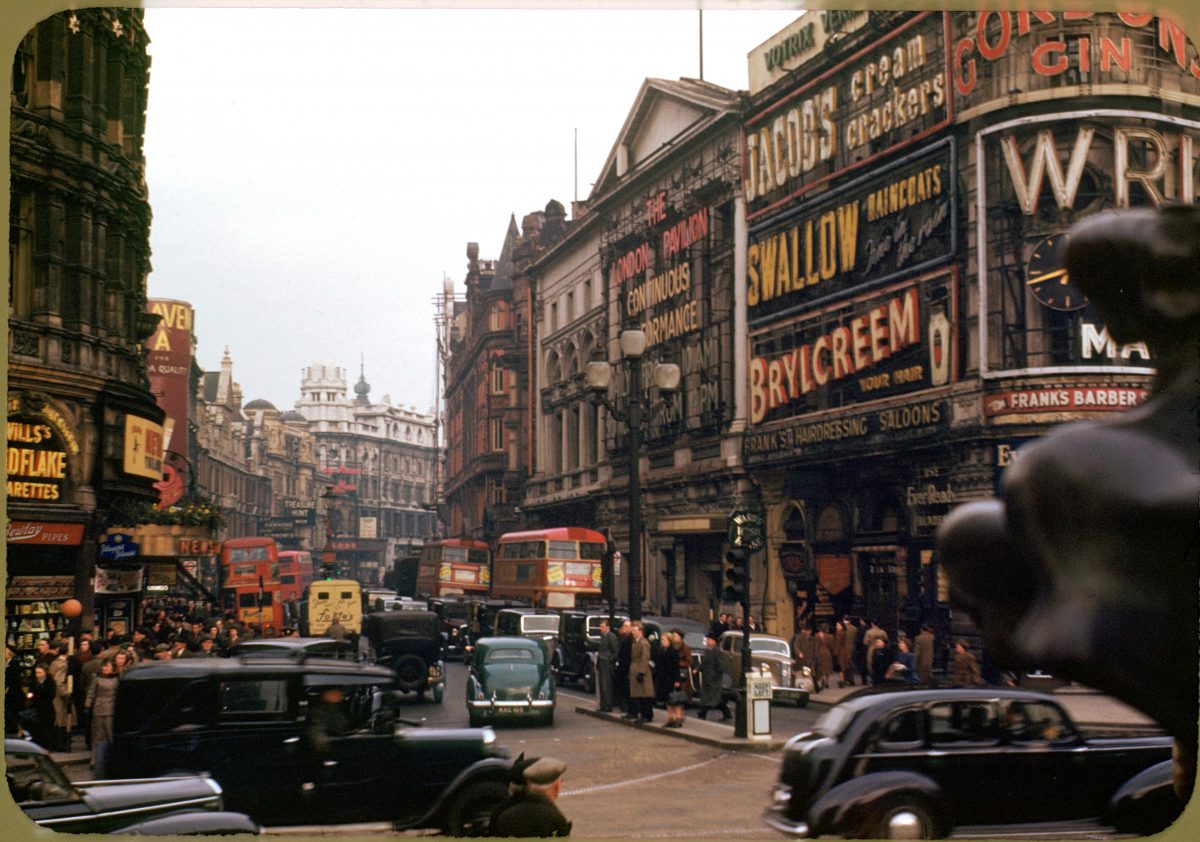 Shaftesbury Avenue from Piccadilly Circus, in the West End of London. 1949

“It was the sign advertising Brylcreem that got me. It can be seen in one of Chalmers Butterfield’s colour photographs of Piccadilly Circus in 1949. Why did it move me? Brylcreem’s range of hair styling products for men is still very much with us. Personally, though, it always means the red plastic pot of the stuff my dad kept ever-ready in the bathroom of our home in the 1970s. It spoke then, and does now, of his youth in austerity Britain, skiffle-board Britain, Teddy Boy Britain.” 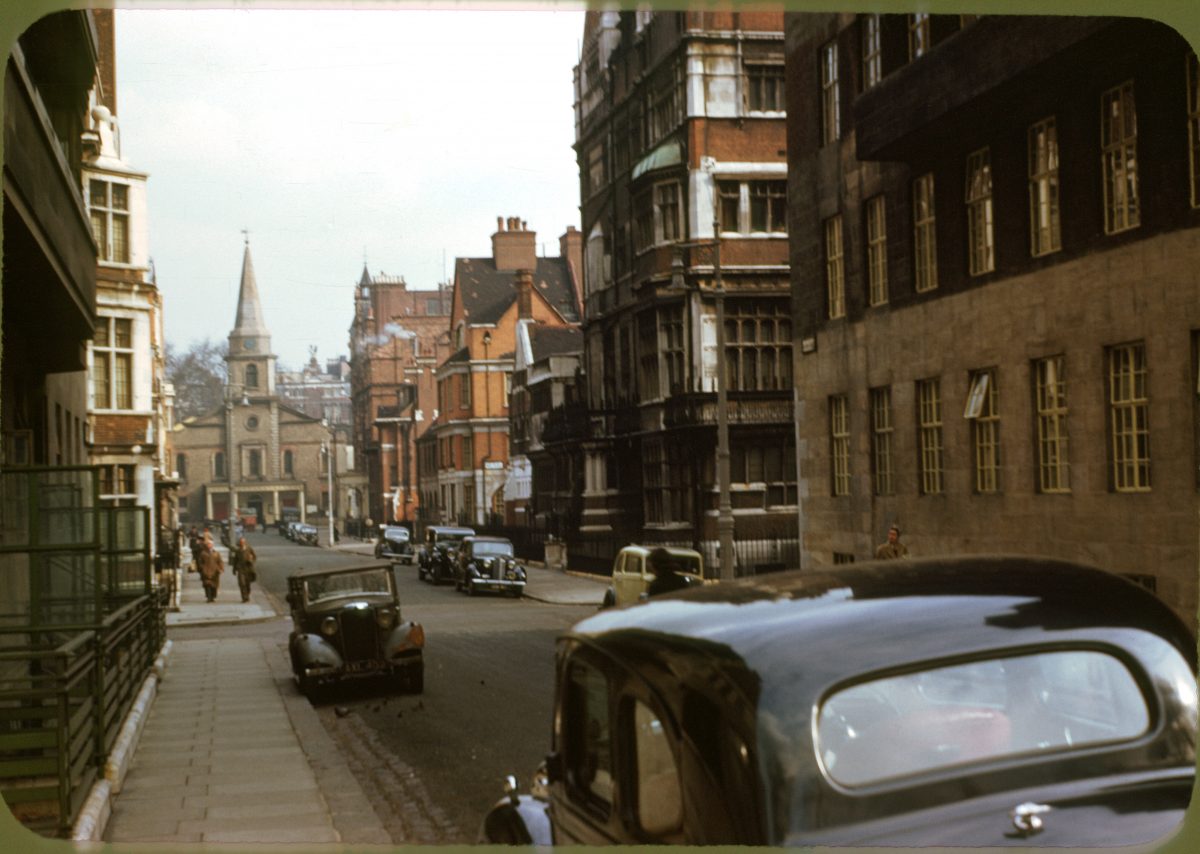 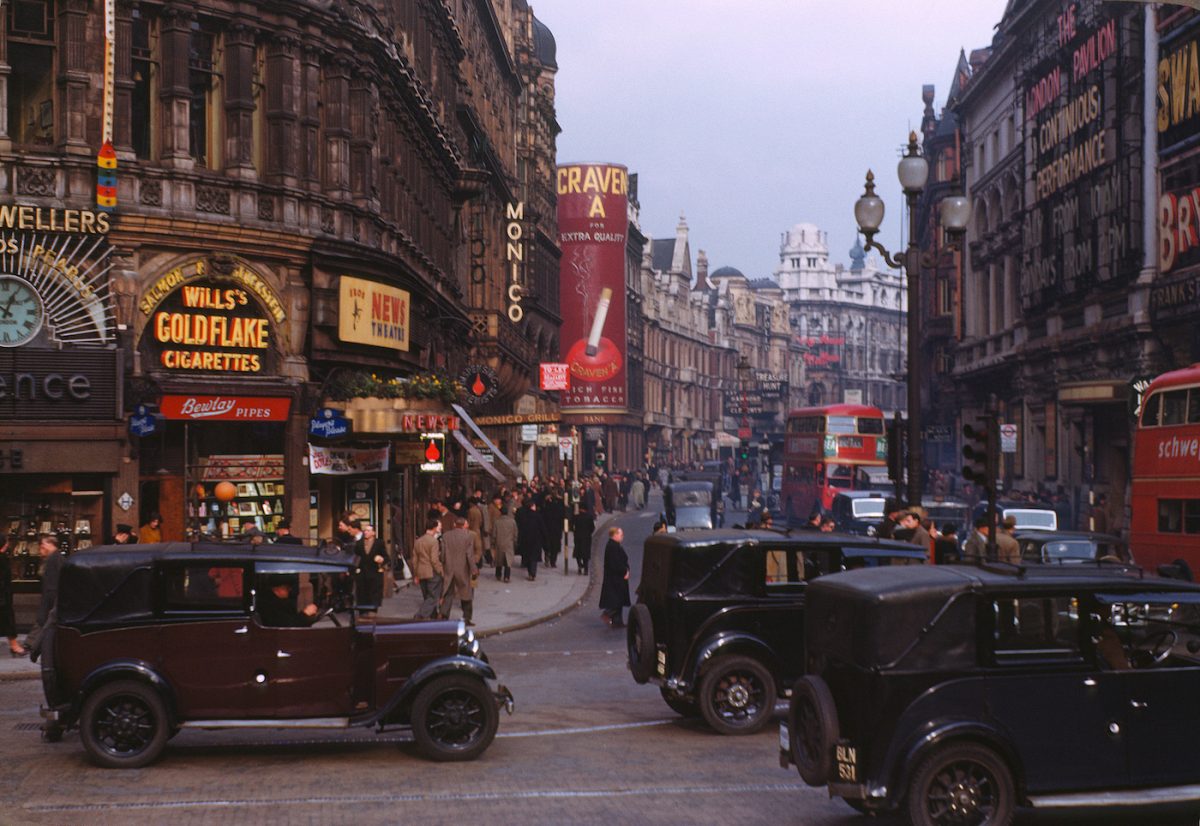 Shaftesbury Avenue from Piccadilly Circus, in the West End of London. 1949