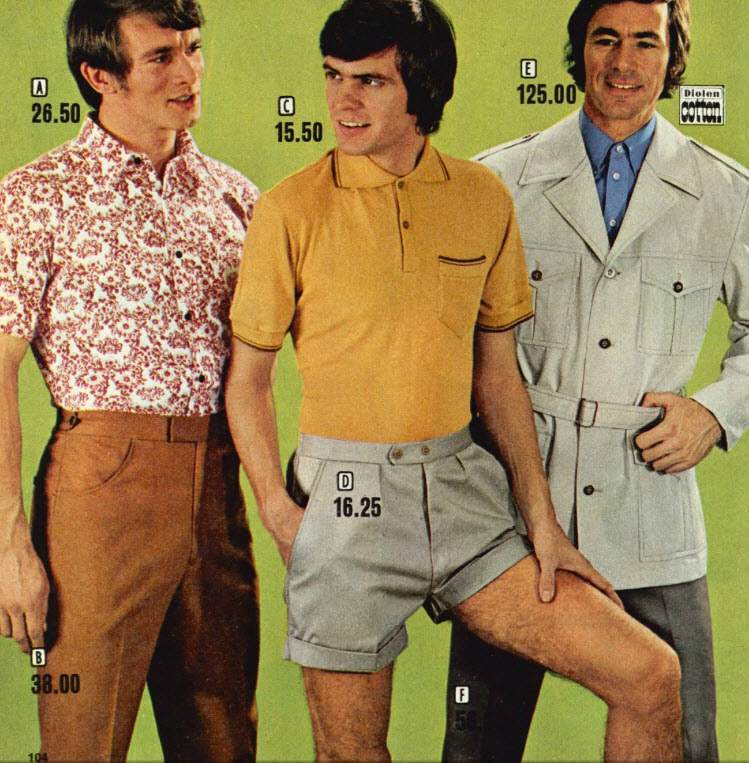 In the 1970s, shorts lived up to their name.  For the ladies there were hot pants and Daisy Dukes and just all-around  thigh exposing shortness.  Unfortunately (or fortunately depending on your persuasion) men’s shorts could be every bit as revealing as the ladies’.

I’m no fan of the ultra-long baggy “shorts” of the past couple decades; however, there is a happy medium.  Men’s shorts are best in moderation: somewhere between the current clown sized shorts and the nut-hugging short-shorts of the Seventies (and better part of the Eighties).

Today, we’re looking at the latter, and that means you’re about to get an overload of milky man-thighs and near scrotal exposure.  Do what you need to do to prepare yourself.  I’ll be here when you’re ready. 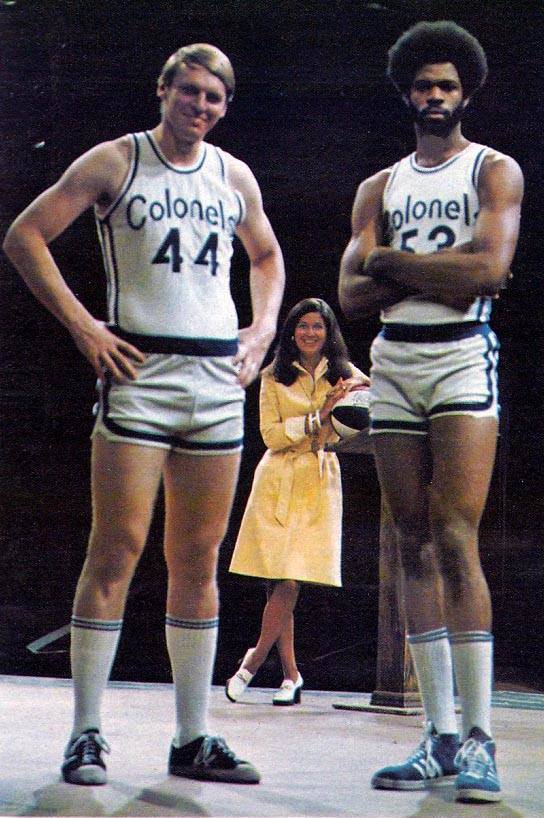 Let me say right off the bat that, while I find nothing pleasant about a guy’s hairy, freckled upper-thigh and frontal bulge, I realize there are many that do.  I’m a longtime fan of the miniskirt; so, it’s only fair that the ultra-short man shorts should receive similar respect.  I’ll try not to be too derogatory. 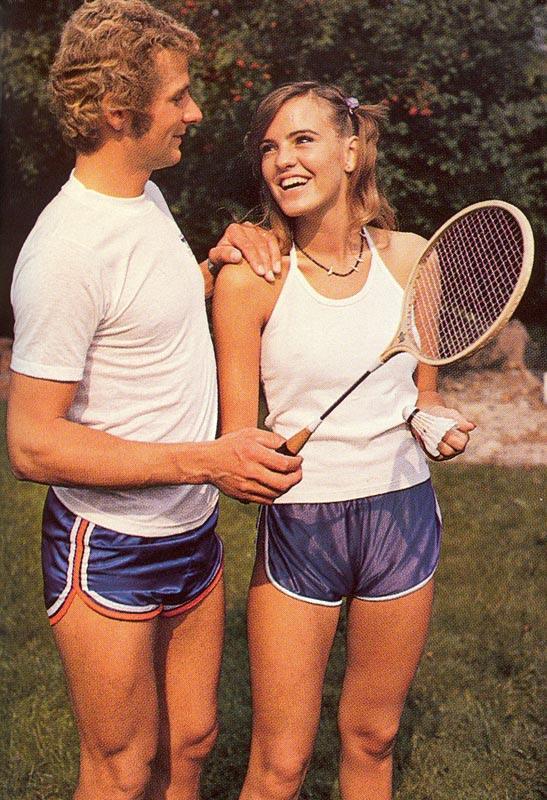 I will say that things aren’t quite equal for men and women in short shorts.  Men have…. well, equipment down there that needs to be adequately housed.  Otherwise, one false move and his junk may get a whiff of fresh air. 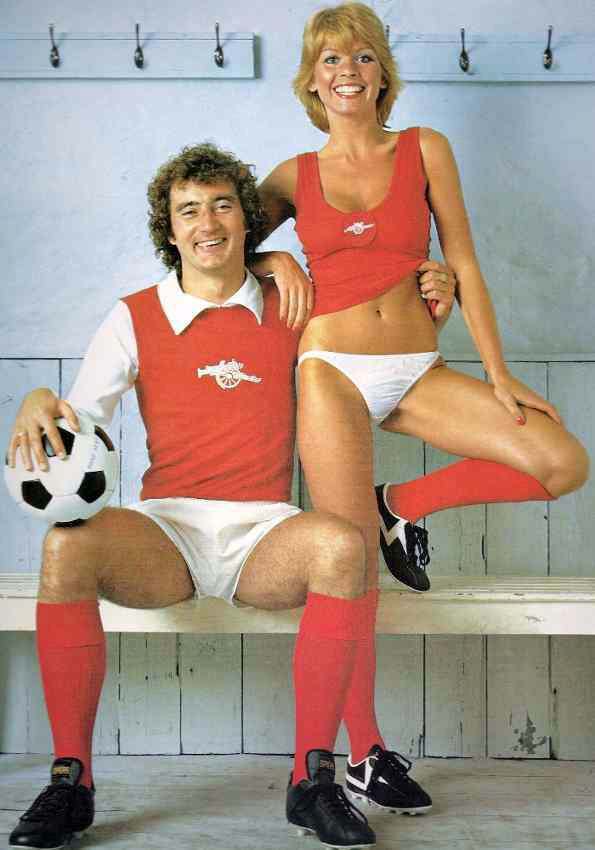 In this regard, all things are not created equal.  For women, minimal fabric below the waist is often a good thing.  For men, you start taking away fabric and things start spilling out.  It’s an unsightly mess that can scare children. 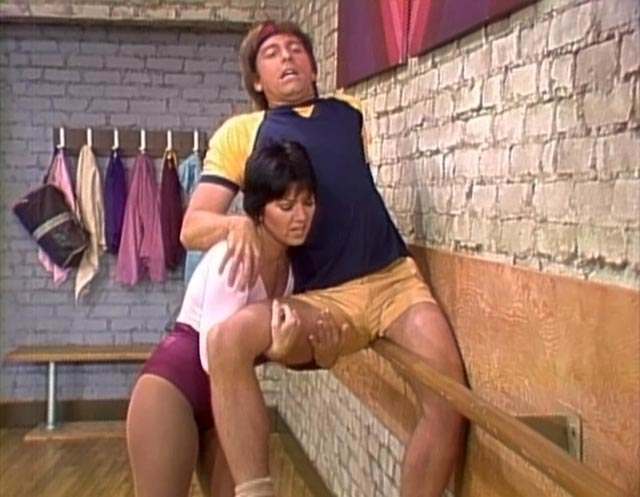 Watch any TV show from the Seventies and you’re likely to get several close calls.  Let’s face it, the risk of seeing a testicle back then was pretty high.  True, it was likely enshrouded in pubic darkness, but you just never knew.  Read a previous post for the most notorious example. 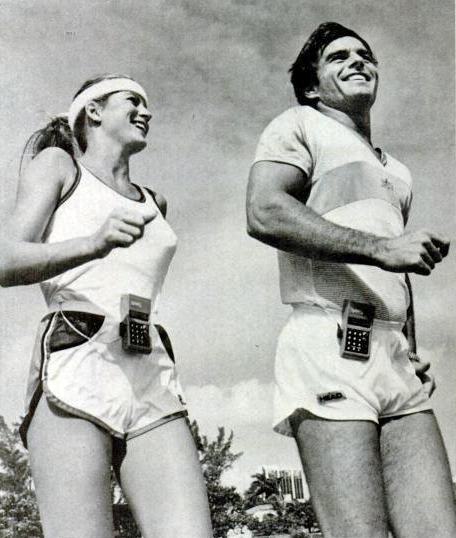 The worst nightmare to any boy growing up in the Seventies was being called to the chalkboard whilst sporting wood.  Hey, you’re full of hormones, so one could spring up at any given moment.  How unfortunate that the shorts of that time were not up to the challenge of keeping things contained.   Even if you managed to keep it under wraps, there was still no hiding what was going on down there.  The horror. 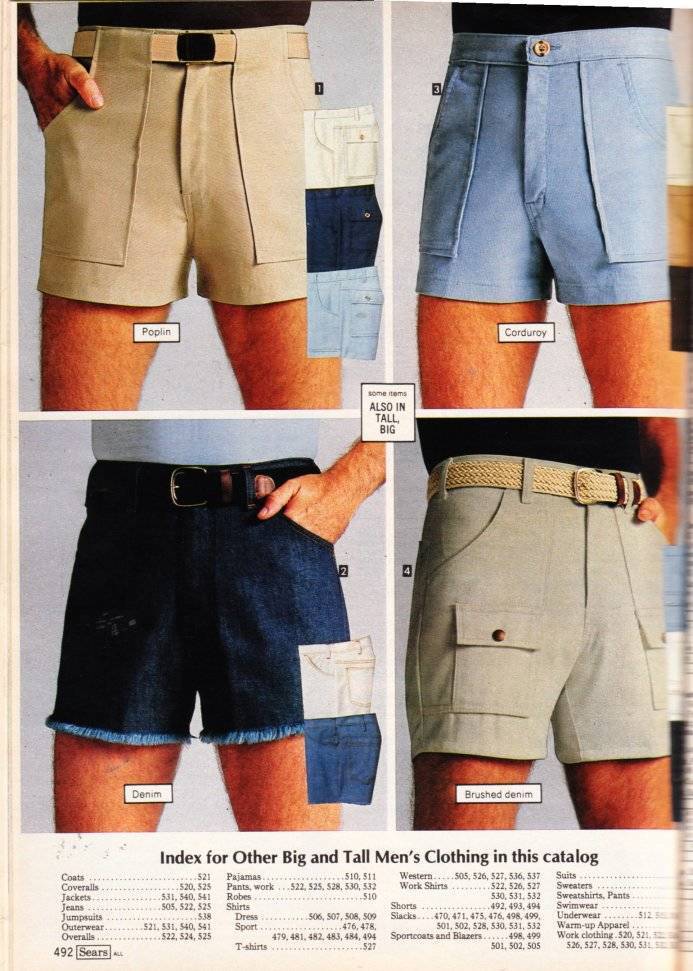 This page comes from the 1981 Sears Catalog…. do you notice anything peculiar about it?  It would appear that the men are either (A) Ken dolls or (B) they have expertly tucked away their genitals.

As silly as this seems, can you imagine if had they not hidden the junk?  You would have been innocently perusing the Sears Catalog, when suddenly there’d be four dicks in your face.   Startling to say the least. 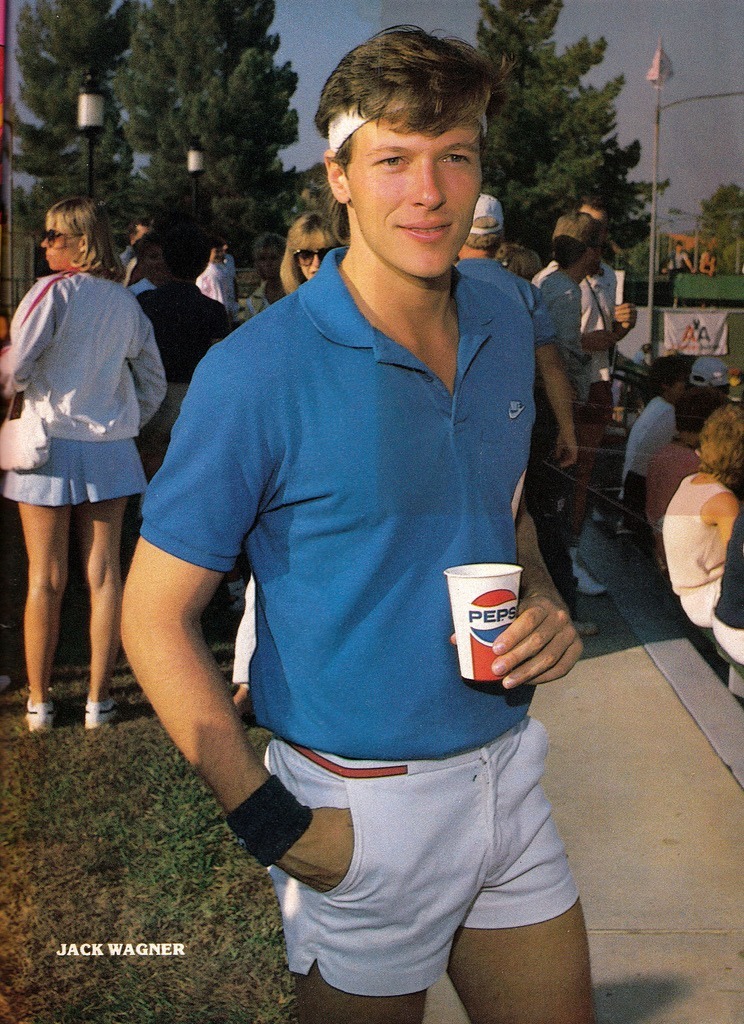 One more problem with these tight fitting short-shorts is that the pockets become useless.  As godawful as modern day shorts are, the pocket space is plentiful.  You can basically store food for the winter in a hefty pair of cargo shorts.   In Seventies shorts, however, you’d be lucky to wedge in your house key. 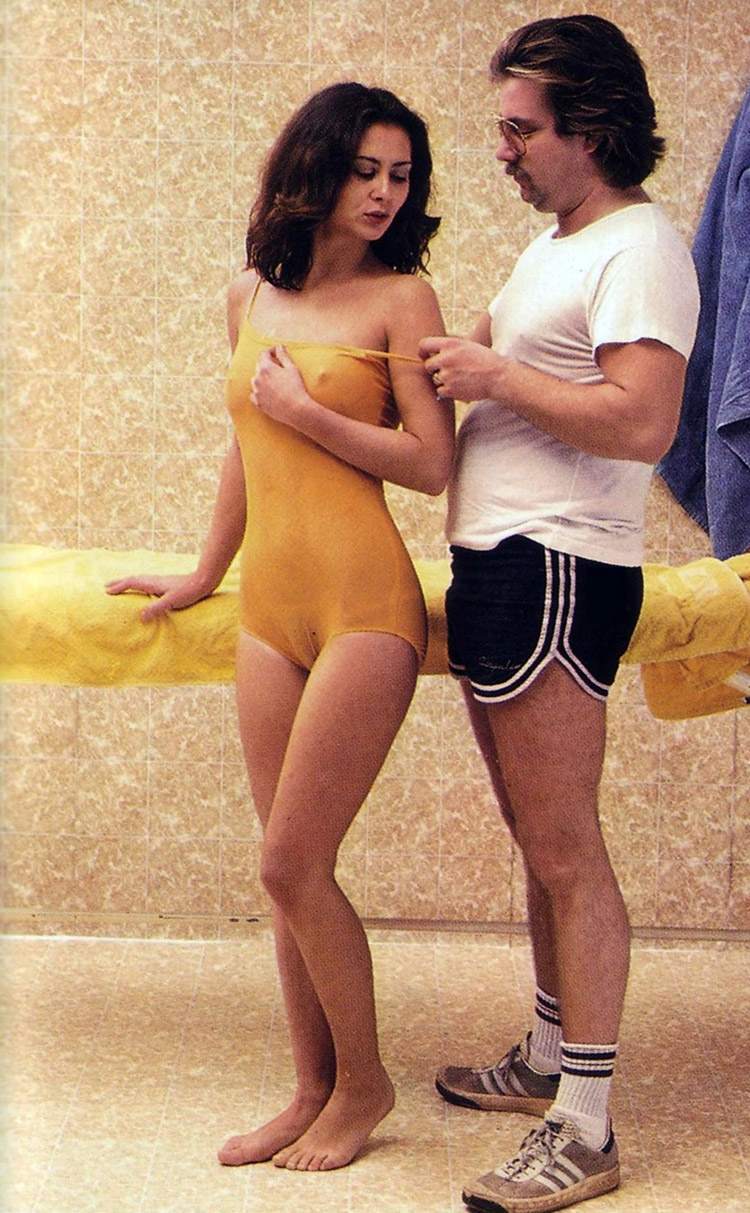 Of course, people were pretty comfortable with their bodies back then.  Perhaps we’ve gotten a little prudish over the years.   All clothing – not just shorts – were tight fitting and designed to leave very little to the imagination.  Unfortunately, most men have physiques that could benefit from concealment. 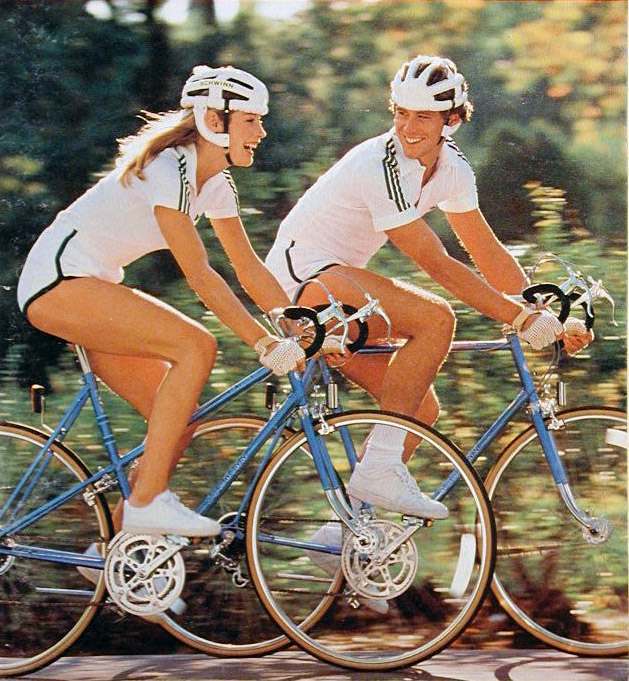 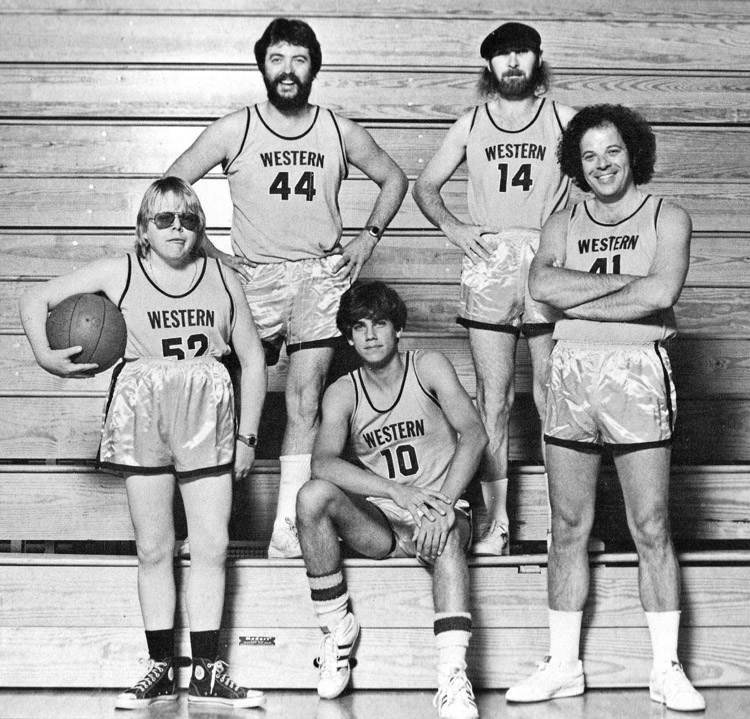 Cool points will be awarded for anyone that knows where this photograph comes from.  I use it as a cautionary tale: You may want male short-shorts to return, but understand that it’s not just good looking guys like Robbie Benson who will be wearing them.  Sooner or later, Seals & Croft will show up in a pair, and before too long, even Paul Williams.  Trust me – nobody wants that. 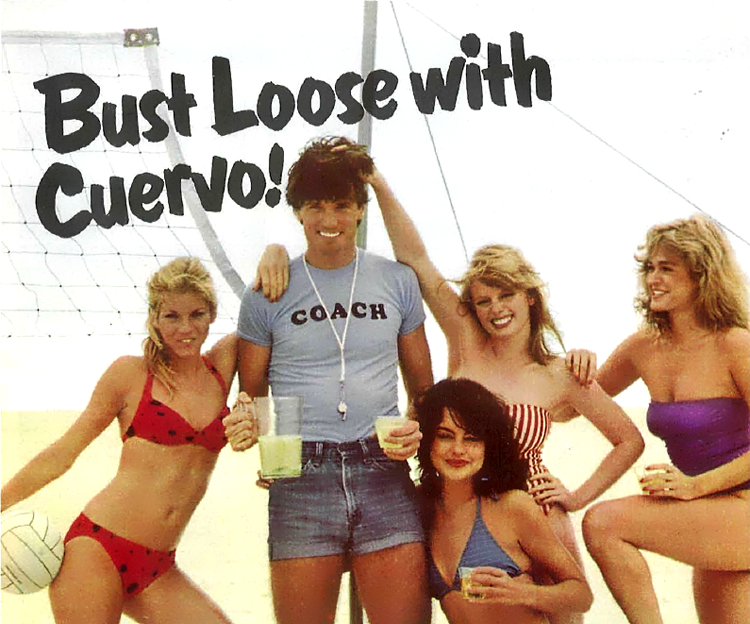 And let us not forget the jean shorts, perhaps the biggest perpetrators of unwanted male exposure.  While things may have been better contained by the skin tight denim (versus loose terry-cloth or polyester), men tended to cut them oh, so very short.  People tended to go commando in the Seventies –a lot more than they do now.  Things could get unseemly real fast. 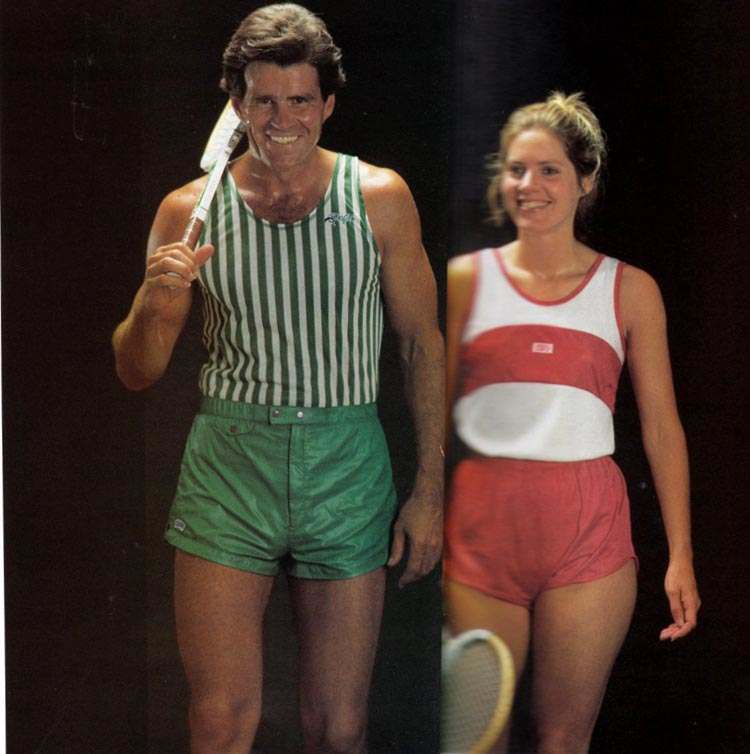 Well, it’s time to leave this world of ball exposing short-shorts and return to the present day where men’s upper thighs, unpredictable penises, and hairy gonads are kept safely under wraps.   But don’t get too comfortable.  Fashion is cyclical.  What now is hidden may once again rear its ugly head.