To catalog every fashion horror perpetrated on an album cover would literally fill up the internet – we wouldn’t want that to happen.  Instead, we’ll just give you a taste of some of the worst offenders.  Enjoy. 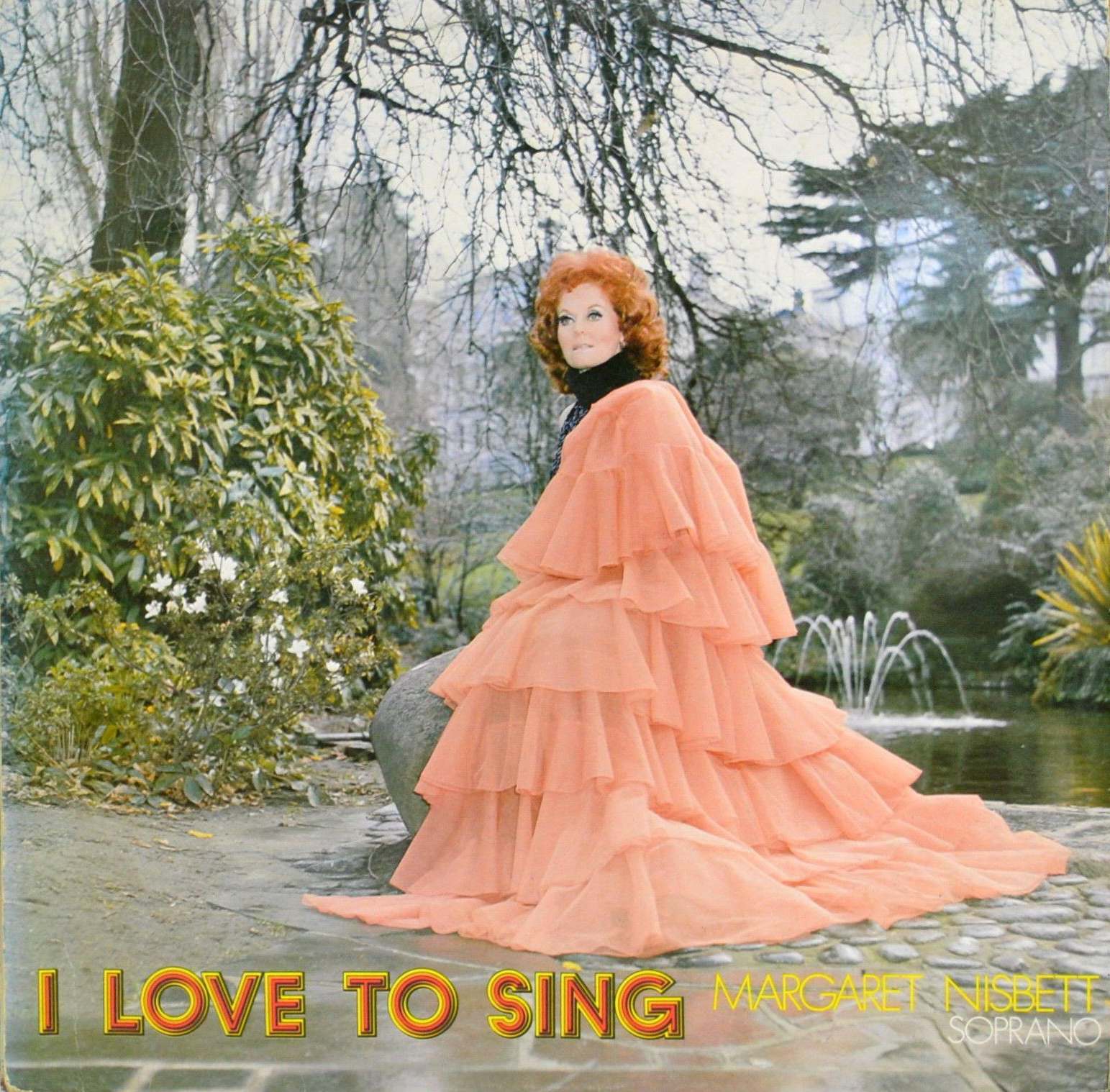 She looks like some kind of half human – half jellyfish that washed ashore.  The album title should read “I Love to Sting” instead. 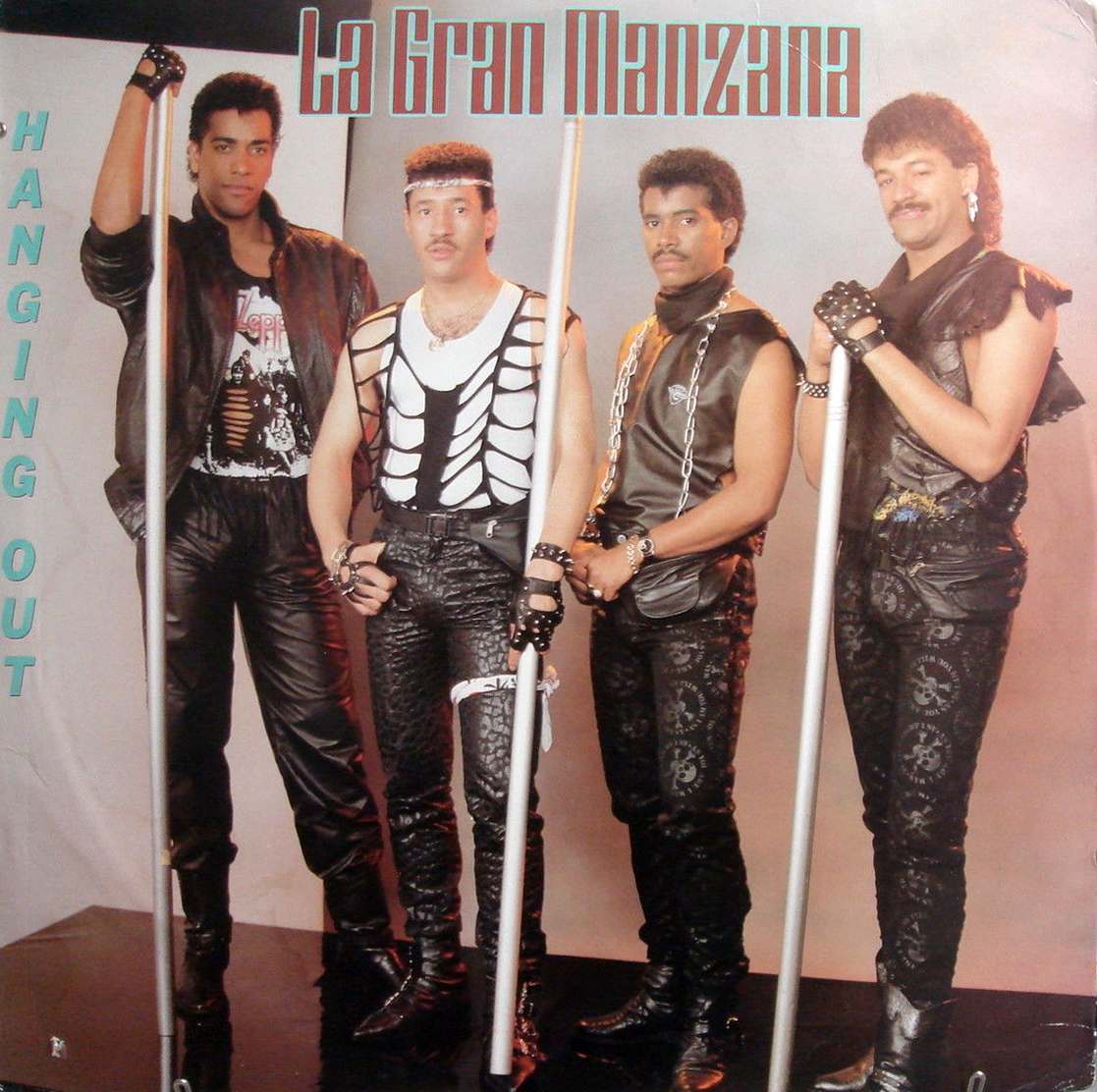 I think they were intending to look tough… instead, they look like a flamboyantly gay breakdancing troupe. 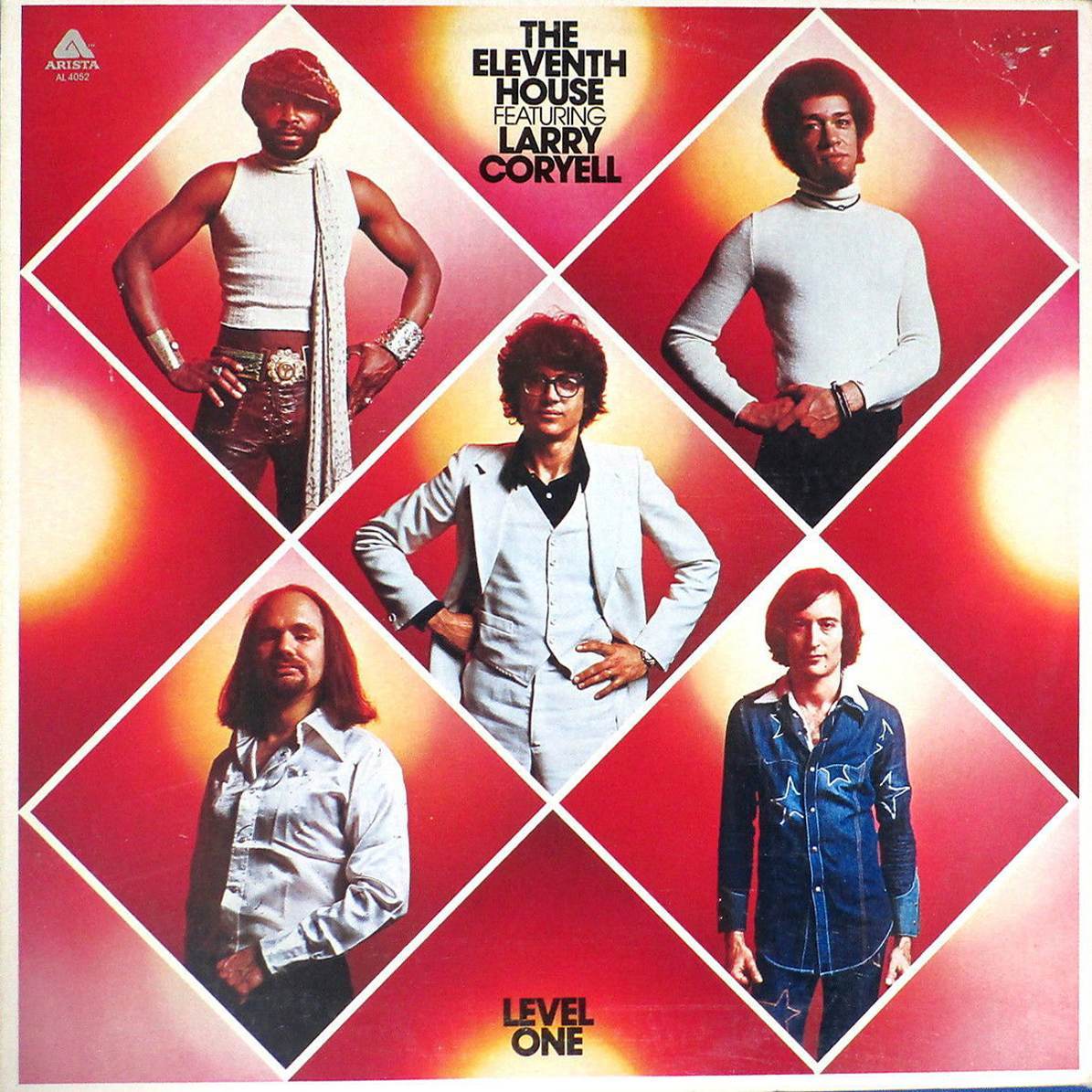 So much seventies fashion going on here… too much to take in at once.  We have a variety of styles on display: from top left (1) pimptastic disco godfather, (2) soul casanova, (3) Saturday Night Fever done badly, (3) creepy unemployed uncle, and (4) coke dealer. 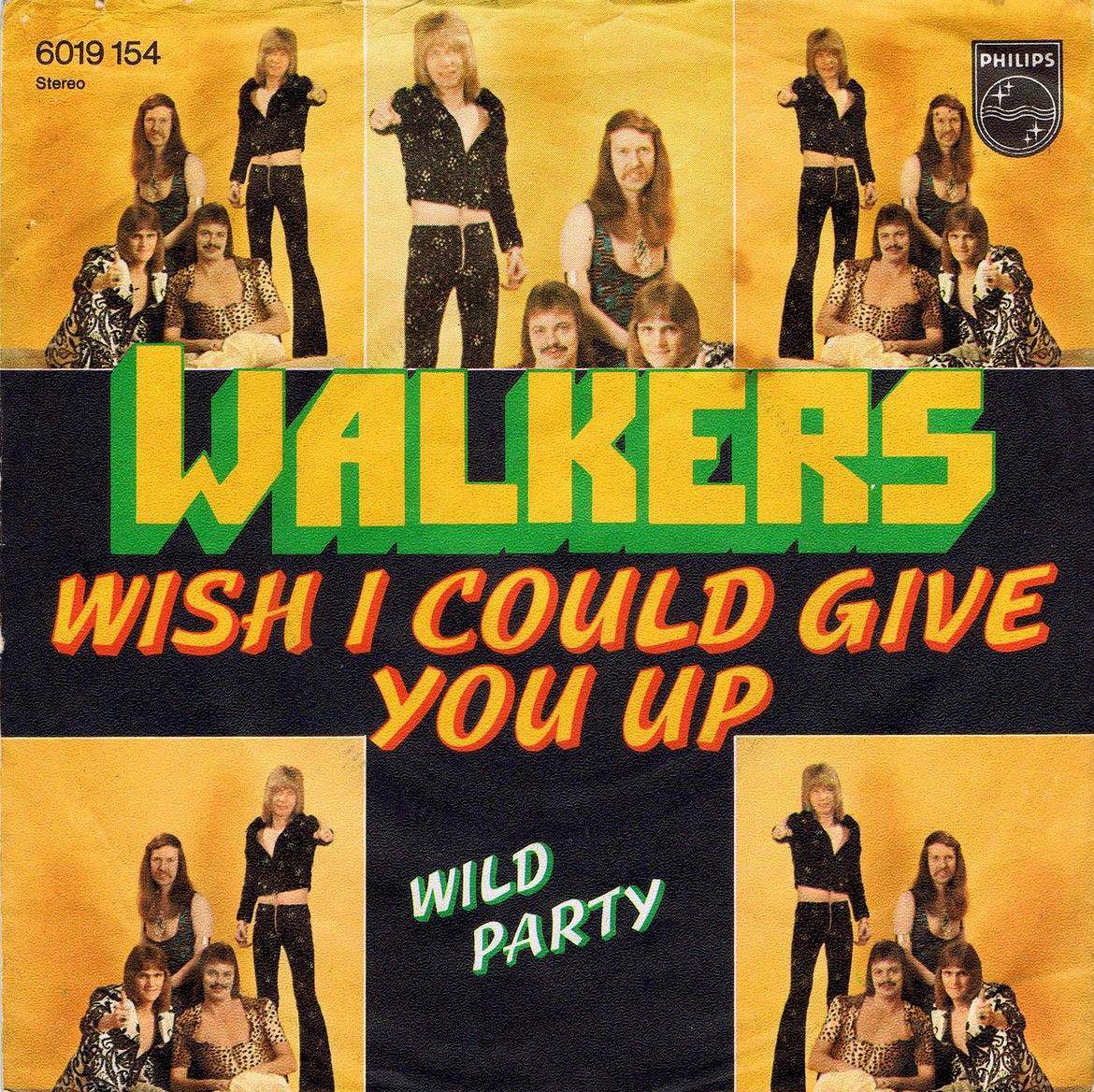 For more in this vein: Swedish Dance Bands Of The 1970s: Whipped Hair And No Underwear 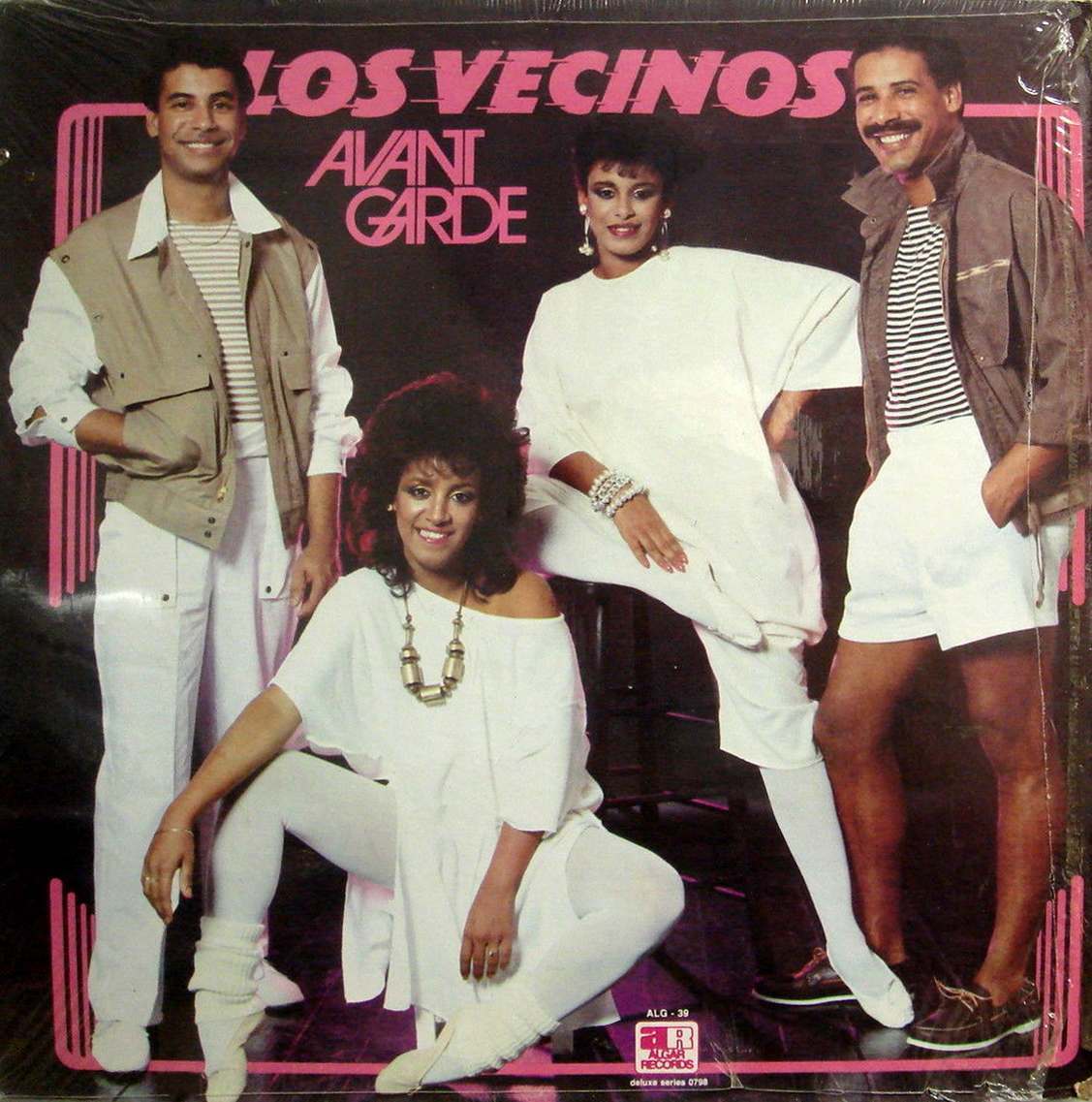 Los Vecinos obviously stopped by the Banana Republic before their album cover photo shoot.  You can tell the guy on the right is already regretting his decision to wear shorts.  At least he didn’t choose a see-through blouse…. 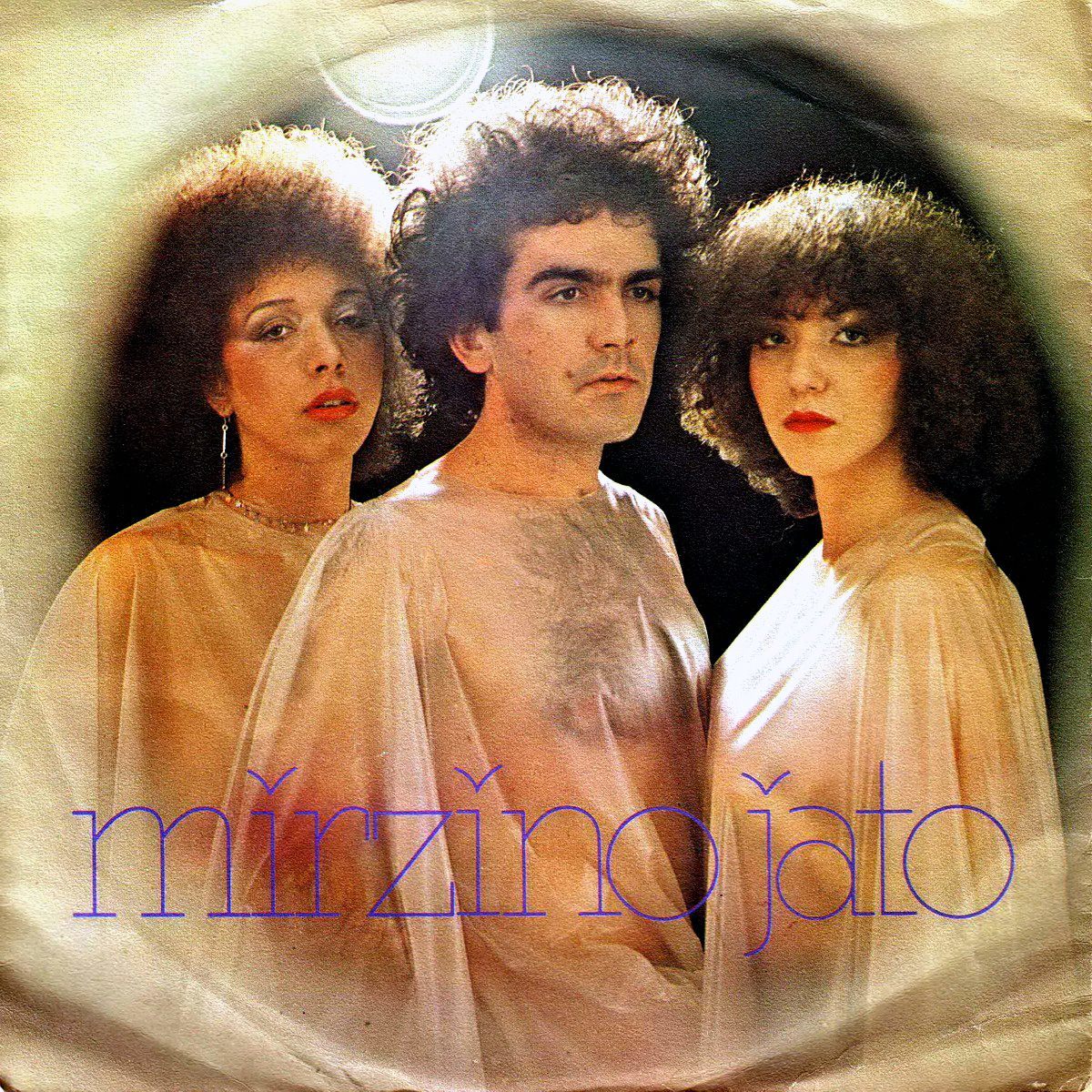 “I can’t believe I let the girls talk me into this…. the guys at the pub are going to never going to let me live this down.” 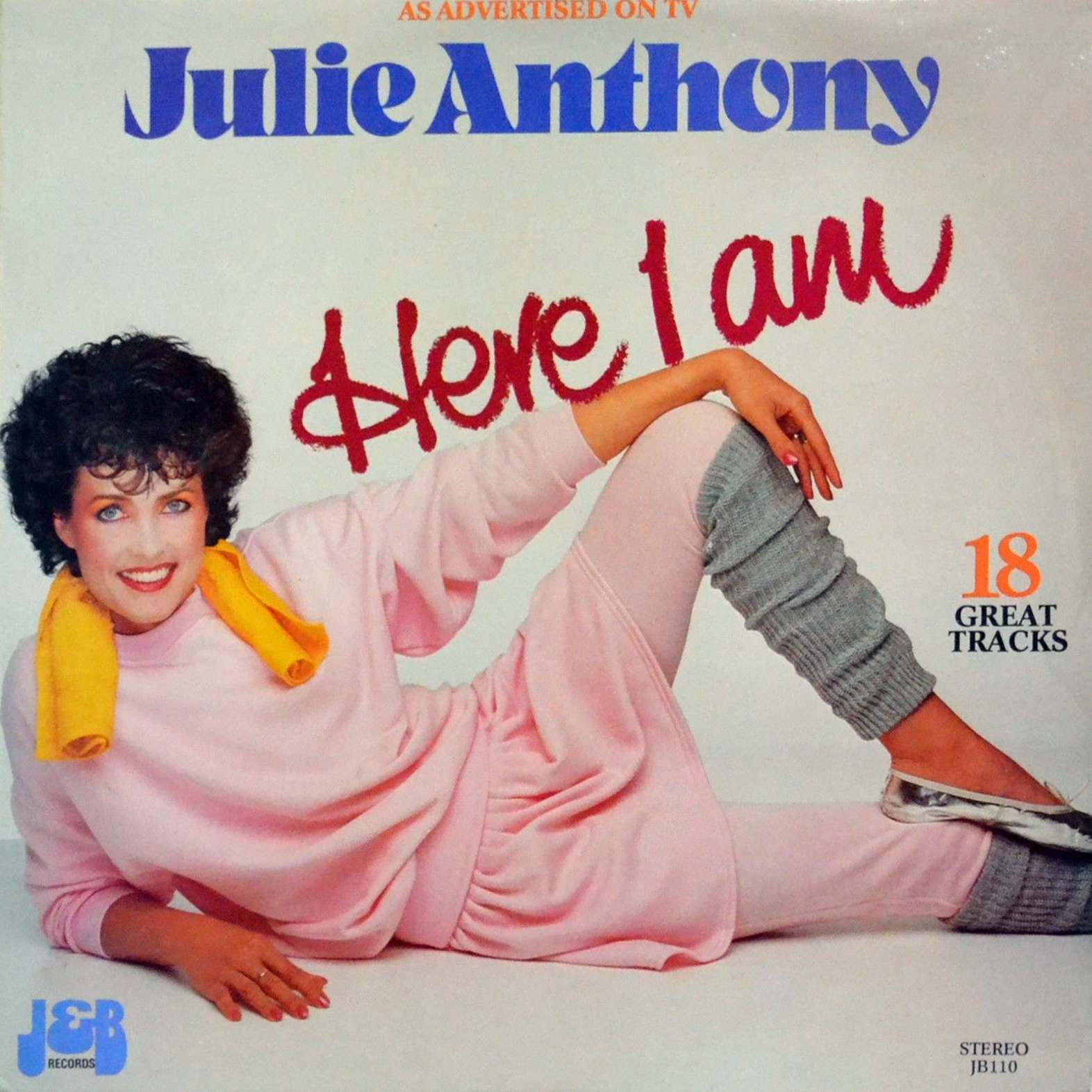 I just love how Julie matches here eye shadow with her shammy.  Brilliant. 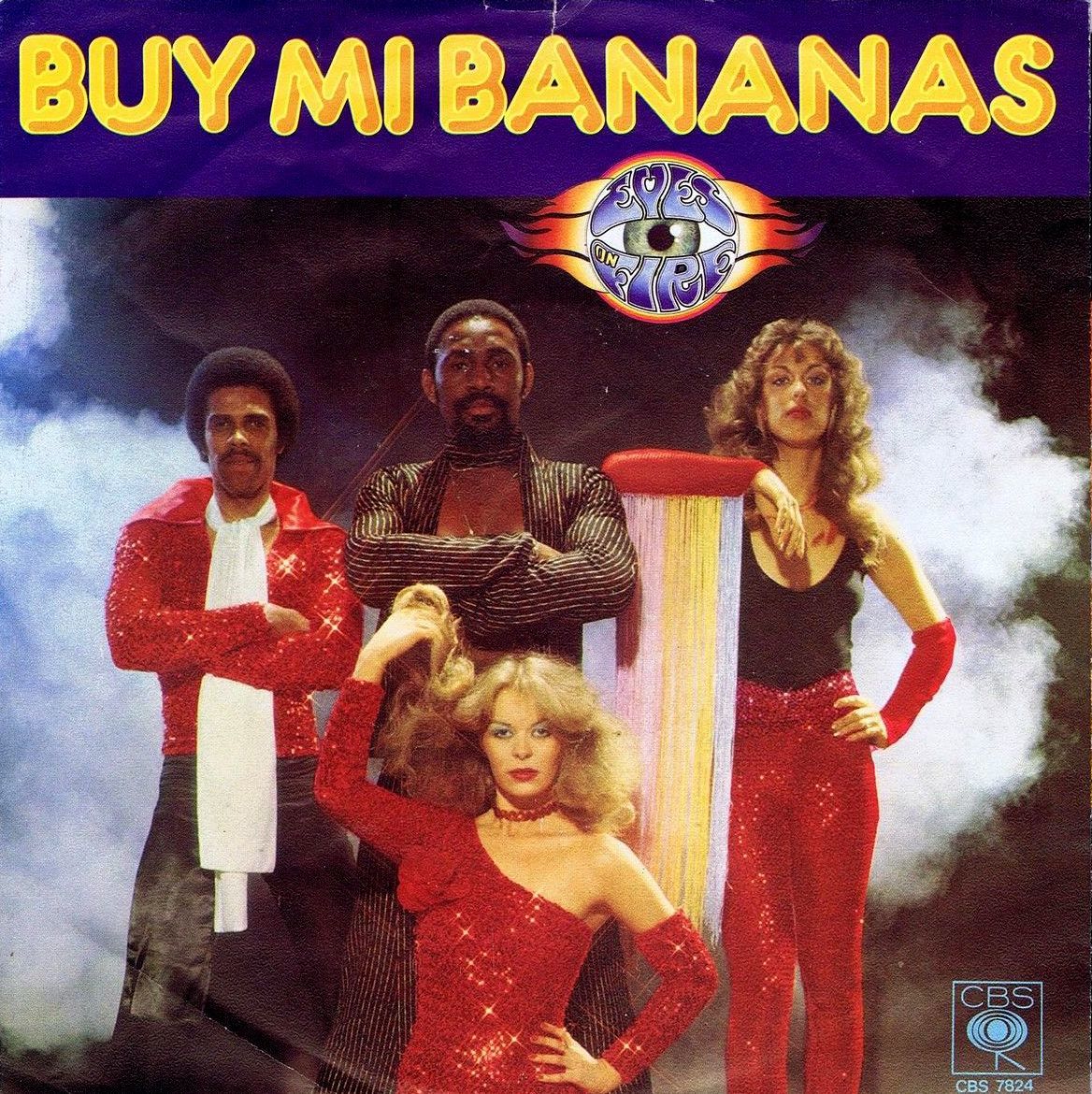 Would you buy bananas from these people?  I think not. 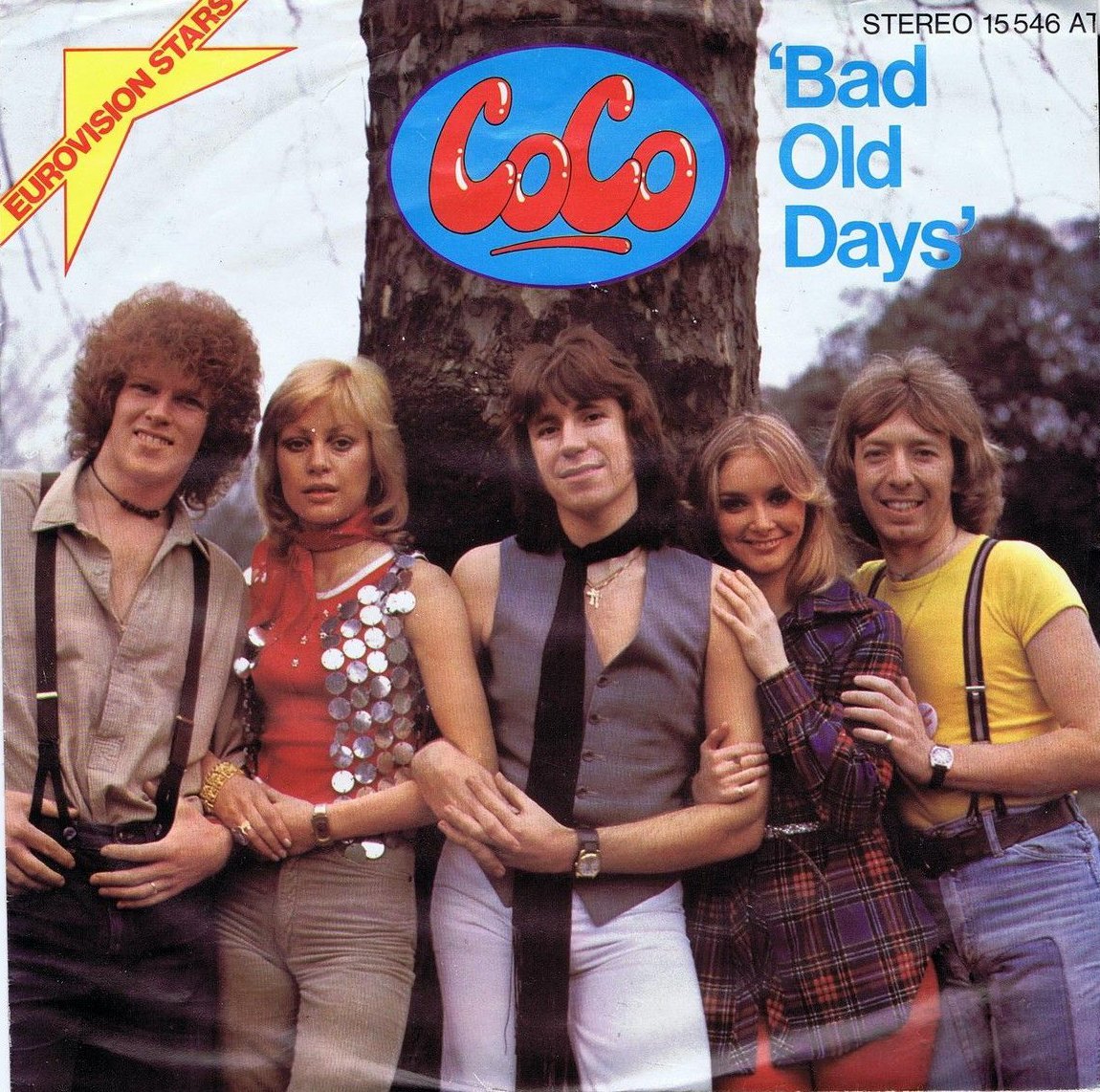 Fact: For the duration of human history, going shirtless with a vest and ascot has never been a good look.  However, I am impressed with the vest o’silver. 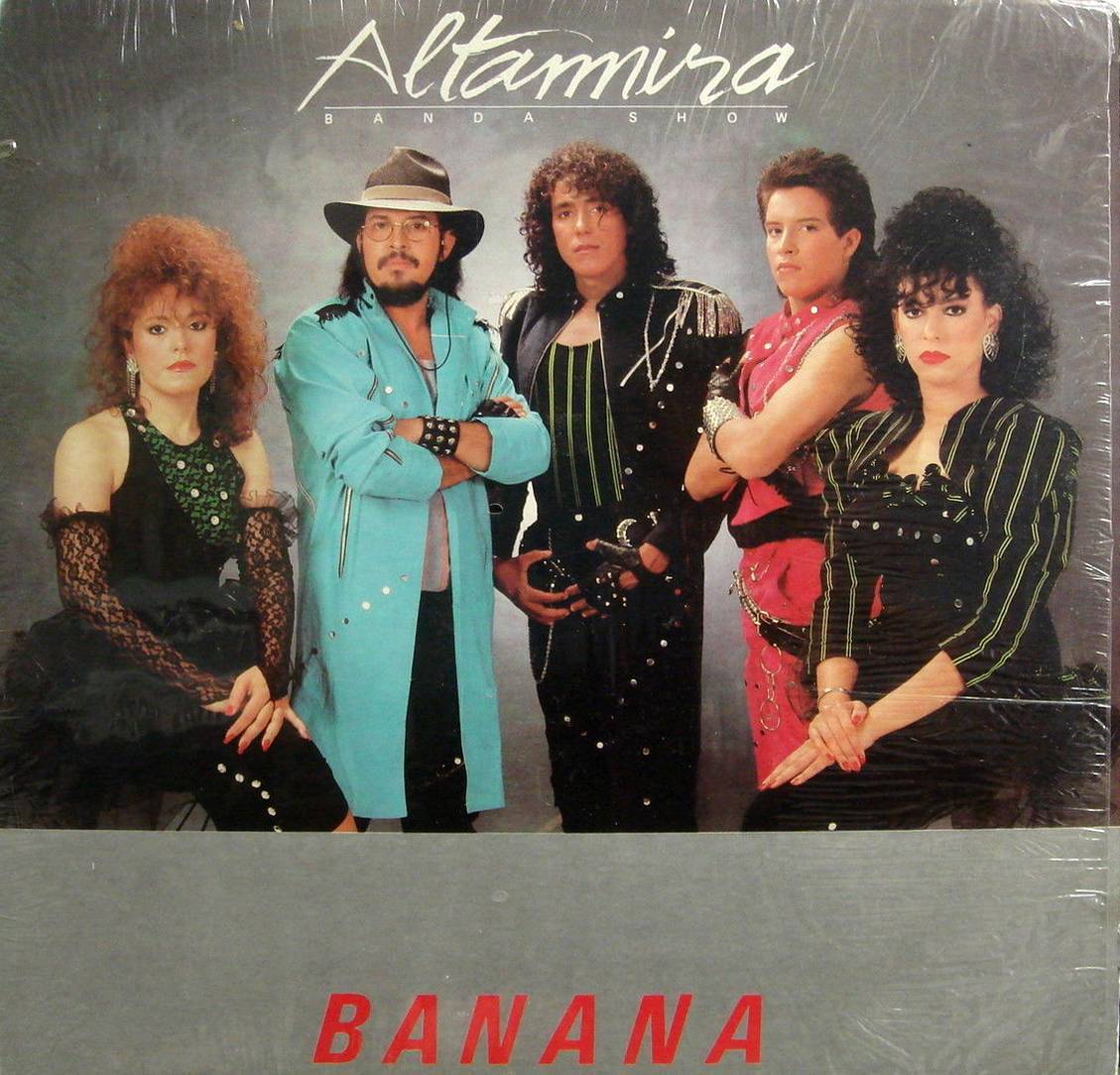 Another group I wouldn’t by bananas from.  I wonder if anyone alerted Michael Jackson that Altamira was stealing his laundry. 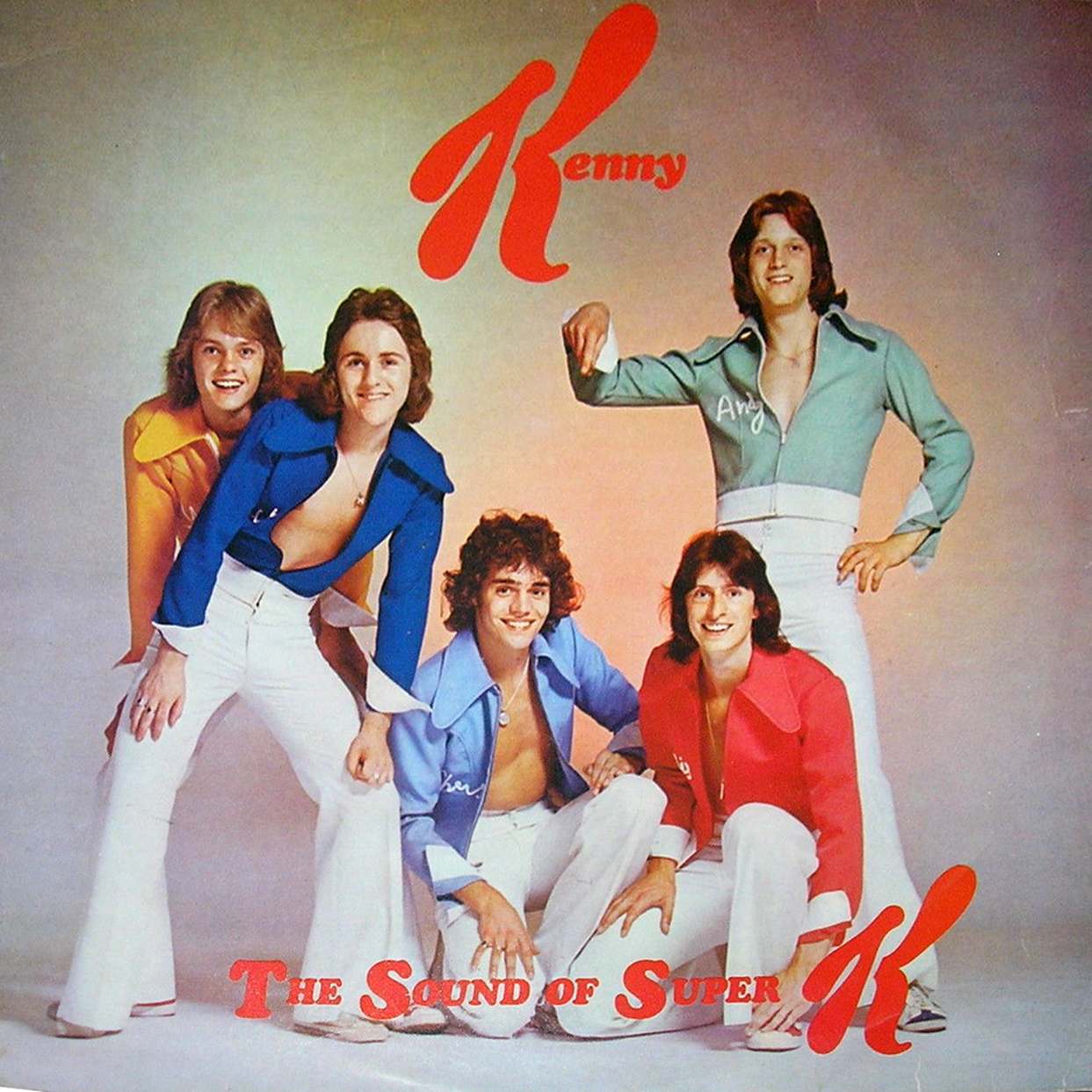 If your kids ever ask you if collars were really big in the seventies, I want you to show them this and then quietly walk away. 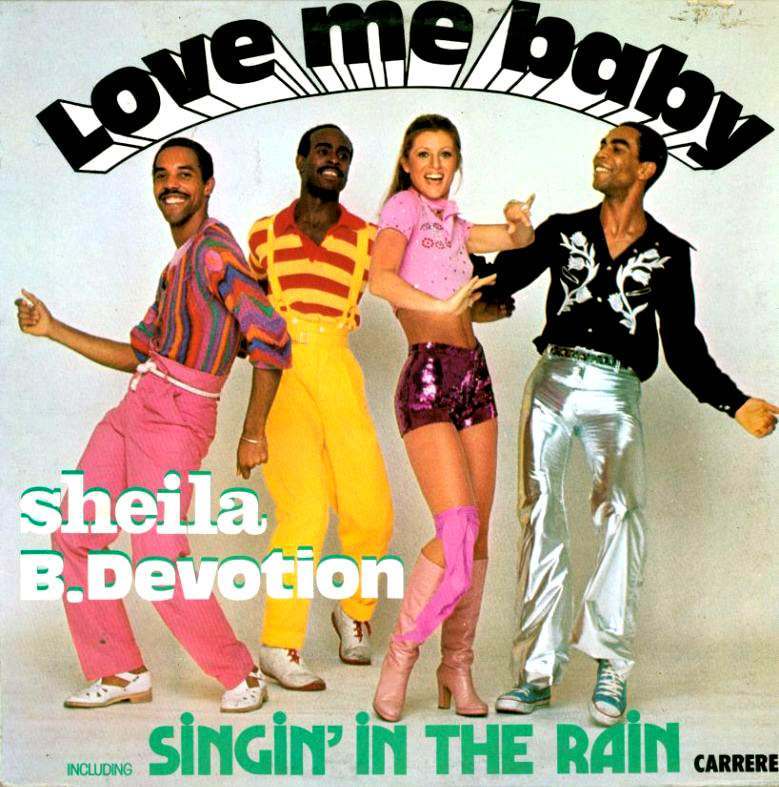 Each member gives us a personal reminder of how bad disco fashion was: (1) Cosby sweater with pink pants with rope belt, (2) Ronald McDonald disco-wear, (3) random strange fabric attached above the right knee, and (4) tight fitting silver lame slacks.  This is what happens when you let cocaine design your wardrobe. 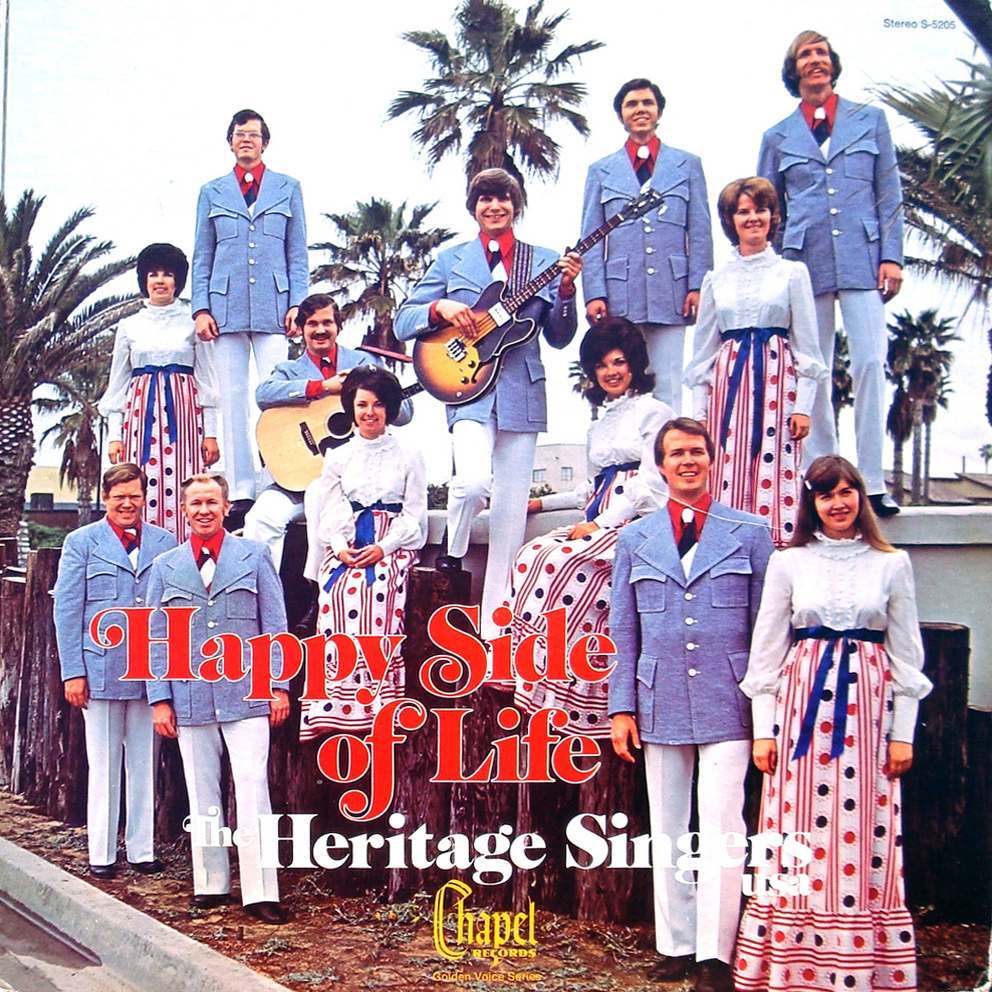 Of course, when it comes to album cover fashion atrocities, nothing compares to the religious/gospel album covers of the seventies.  For more of this than you’re likely able to handle, check out: Polyester Prayers: Gospel Family Album Covers of the Seventies 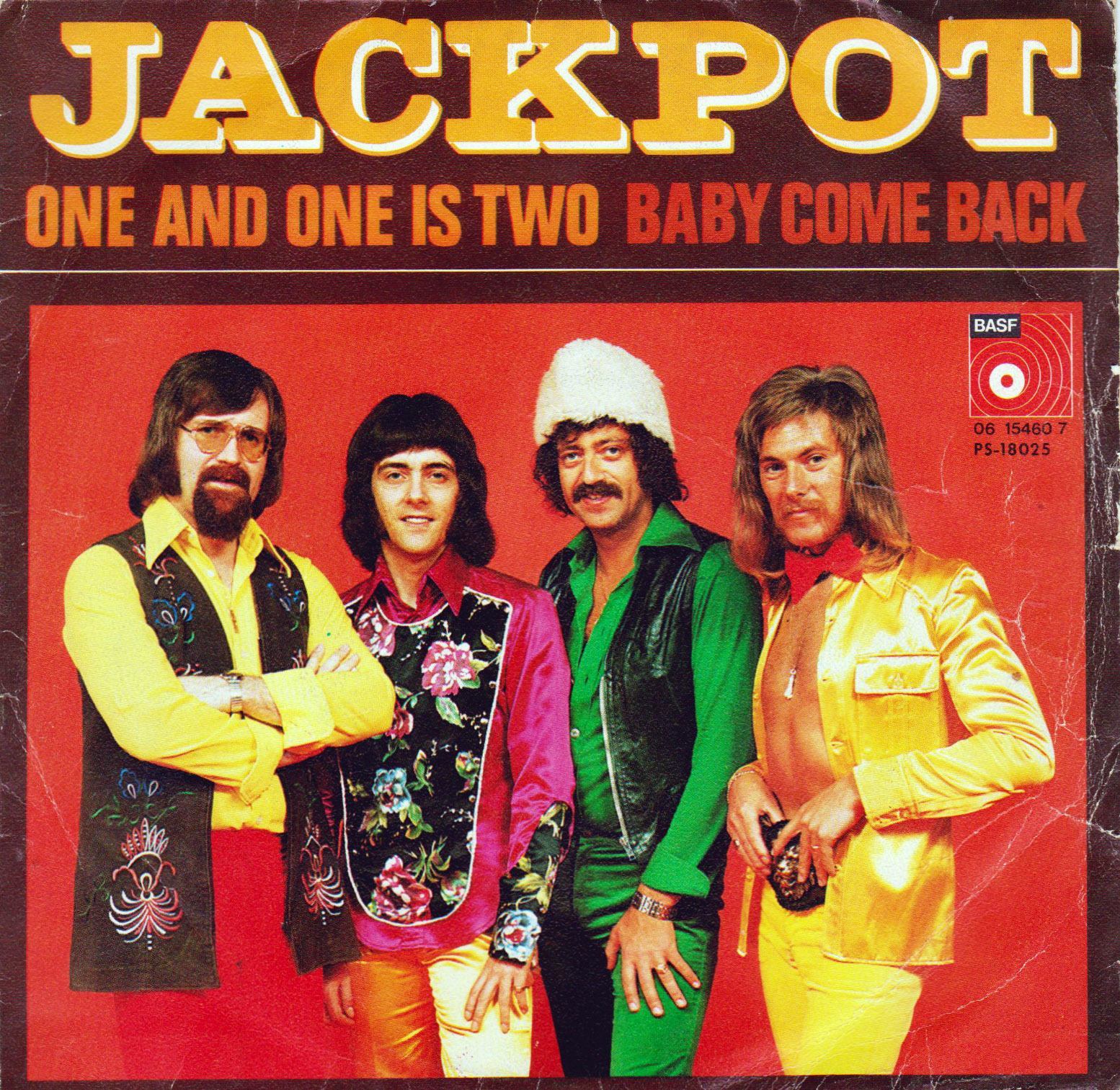 For an article on bad album cover fashion, this is a jackpot indeed.