Before we drill down as to why horror films aren’t what they once were in the 1960s-80s, let’s make something clear up front:, I would never allege that all horror films today are awful and all horror films from yesteryear were great.  Let’s face it, there was every bit as much (if not more) horror genre garbage back then. Further, movies like It Follows (2015) prove that amazing horror flicks can still be made Yet, I contend those earlier decades produced a wealth of horror gems that stands unmatched by the ensuing decades.

Jaws, The Exorcist, Rosemary’s Baby, Friday the 13th, The Omen, Halloween, The Texas Chainsaw Massacre, Alien, The Shining, and A Nightmare on Elm Street all stand as examples of how strong the horror genre was in those days.  But this is not an argument for 1960s-80s horror superiority.  I understand that is a matter of opinion, and this is article is for those that share my opinion.  And to those readers, I present 5 reasons why the genre has slipped…. 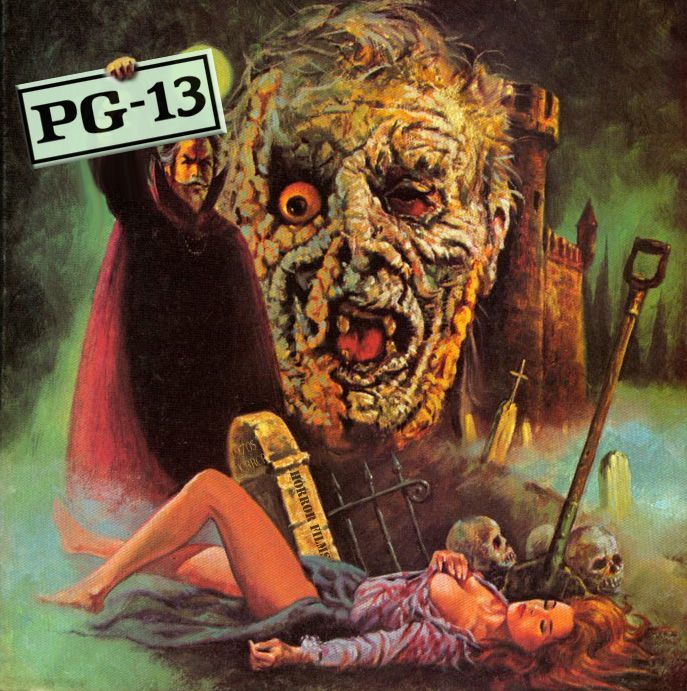 This rating guaranteed horror films would be middle-of-the-road.  Once upon a time, if you wanted to make a horror movie you basically had two options: be fairly tame (ex. Something Wicked This Way Comes) and getting a “PG”, or have a serious edge (ex. Texas Chainsaw) and receive an “R”.  There was no middle ground, no compromise…. Until PG-13 spoiled the party.  Naturally, it’s the most profitable rating since it guarantees the most butts in seats – it doesn’t exclude the teenagers, and at the same time doesn’t turn them off by appearing child-oriented with a straight PG rating.

The problem is, there are less and less “R” horror flicks now; which is a shame because we all know that violence (and gratuitous nudity) were once the genre’s bread-and-butter.  You can argue all you like that a good horror film shouldn’t need to resort to gore and other “R” rated shenanigans, but just imagine a PG-13 Exorcist or a PG-13 American Werewolf in London… something vital to the horror genre gets lost when it must strive to be inoffensive. 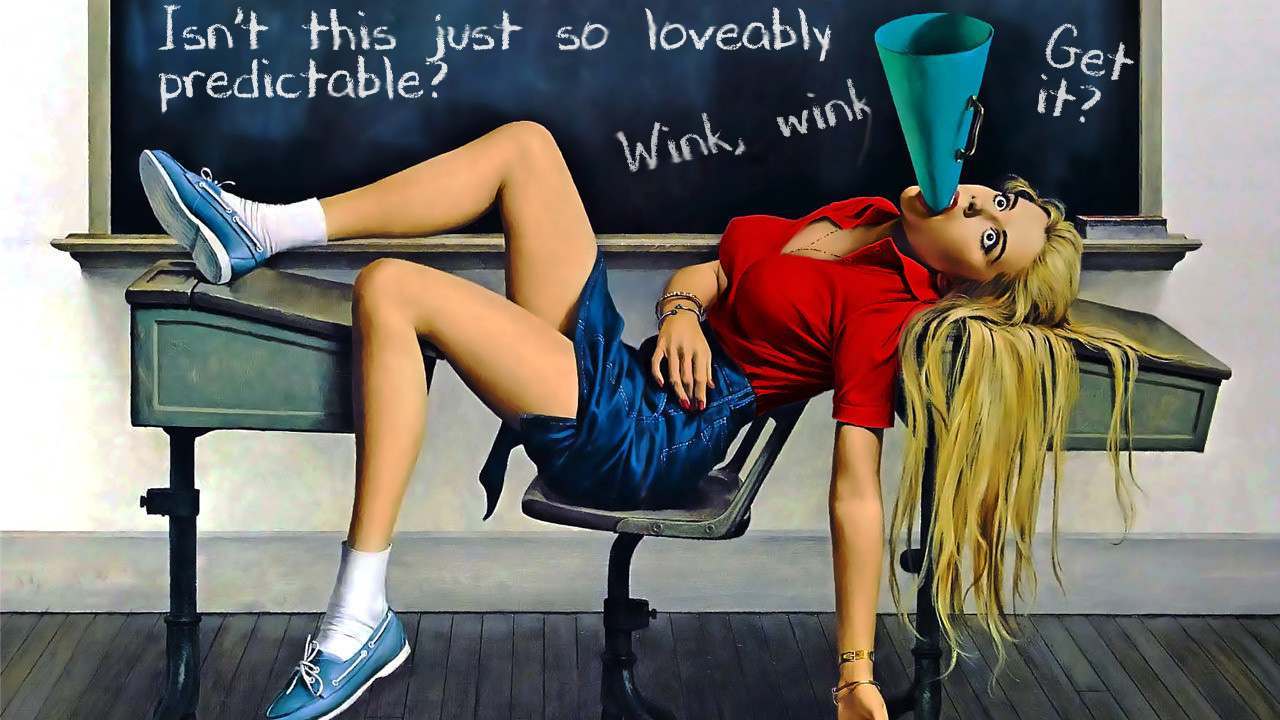 The fact that audiences are now cognizant of all the tropes and conventions of the genre is a bit of a downer.  Movies like Scream and Cabin in the Woods capitalized on this aspect and had fun with it, but the fact remains: audiences have seen it all before.

By the close of the 80s, the once proud slasher genre had become a bit of a joke. It needed to be reinvented, reinvigorated – but all it got were winking “meta” rehashes (Tucker and Dale vs. Evil, Student Bodies, Scream, Behind the Mask: The Rise of Leslie Vernon, Cabin in the Woods, Scary Movie), all completely self-aware.  As fun as this may be, it doesn’t exactly take the genre to the next level.

3. Back from the Grave: Remakes, Recycles, and Re-Imagining 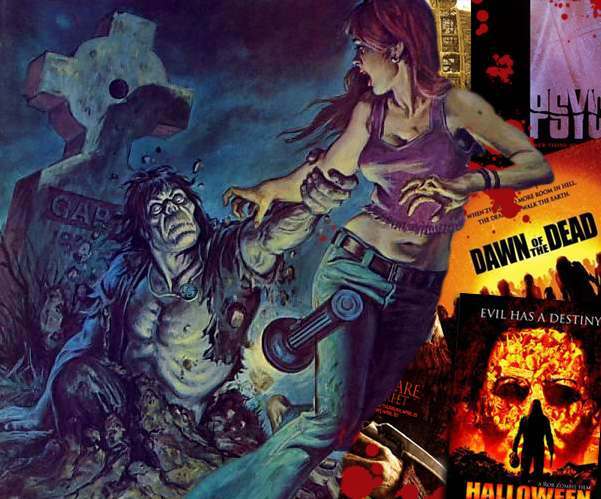 It happens so often that it’s become a cliché to criticize Hollywood for not coming up with anything original.  The plague of remakes isn’t exclusive to the horror genre, but it has probably been hit the hardest by this trend.  Some are actually improved, some ruined, some simply recycled:.  Here’s just the tip of the iceberg; Poltergeist, The Omen, Halloween, The Hills Have Eyes, Texas Chainsaw, The Evil Dead, Piranha, Maniac, Psycho, The Fog, Last House on the Left, My Bloody Valentine, etc.

4. Invasion of The Politically Correct 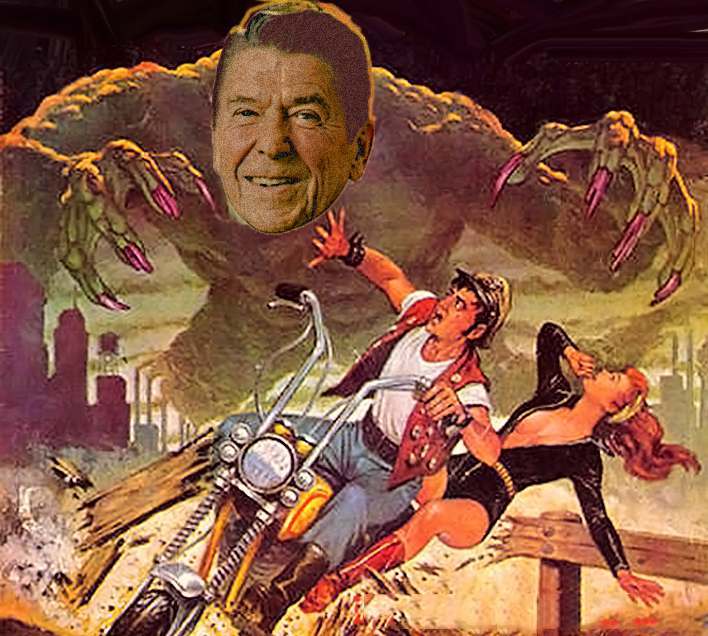 We’ve discussed this before on Flashbak: Something sleazy was in the air during the 1970s.  Crime was through the roof, Vietnam, drugs, divorce, a shit economy… things were looking a bit bleak, and it was reflected in the films of this era.  It wasn’t just grindhouse movies that reveled in the gutter during these days – it was mainstream Hollywood as well.  It wasn’t until Reagan’s second term that America began to climb out of the sewer, and movies got a lot more sanitized.

The trouble is that horror films don’t do well when they’re spit-shined and gussied-up to be presentable.  Horror films generally deal with the darker side of humanity – troubling things, things that don’t mesh well with a “kinder gentler” nation.  Horror thrives when it’s allowed to cross the line, when it doesn’t have to worry about boundaries and can tread upon unholy ground.  It’s handicapped when it must put on its Sunday best and operate in a politically correct climate, such as it is today.

5. Leatherface vs. The Avengers

Perhaps the biggest blow to the horror genre is the theater’s metamorphosis from cheap night out to expensive thrill ride.  If you’re having to take out a second mortgage to pay for tickets and popcorn, the movie better be damn amazing.  There’s simply little room for low-budget horror flicks in this landscape.  Sure, this transition at the Cineplex has affected all genres of film, weeding out films made on the cheap; however, horror films and B-movies go hand-in-hand.  You eliminate the B’s, you eliminate the future cult classics.  You remove the drive-in theater and the el-cheapo grindhouse, you lose the best part of the horror genre.

Of course, there’s always hope that horror will rebound. All it takes is a massive success like Jaws, or a culture phenomenon like The Exorcist to bring things around.  I can tell you it won’t come from the current trend of “found footage” yawnfests or snarky self-aware retreads.  So, where will it come from?  If there’s one thing I’ve learned about this genre that’s been in and out of vogue since the dawn of cinema – don’t ever count it out, and always be ready for surprises.