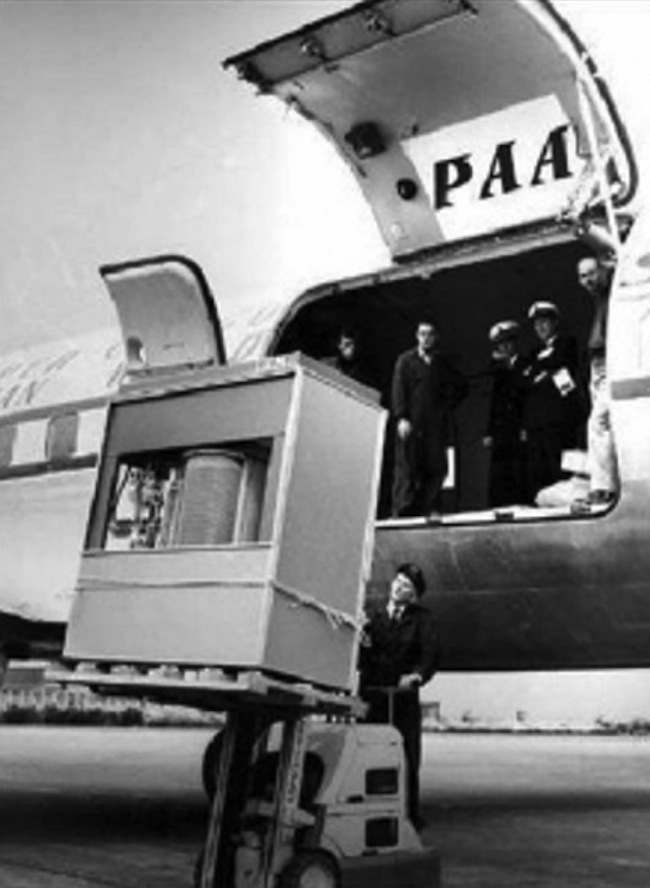 PHWAOR! Cop a load of that hard drive being loaded on a Pan American Airways jet. It’s as big as a car:

In September 1956 IBM launched the 305 RAMAC, the first ‘SUPER’ computer with a hard disk drive (HDD). The HDD weighed over a ton and stored 5 MB of data.

The IBM 350 Disk Storage Unit was rolled out in 1956 to be used with the IBM 305 RAMAC to provide storage capacities of five, 10, 15 or 20 million characters. It was configured with 50 magnetic disks containing 50,000 sectors, each of which held 100 alphanumeric characters.

Your 8GB memory stick is a marvel. 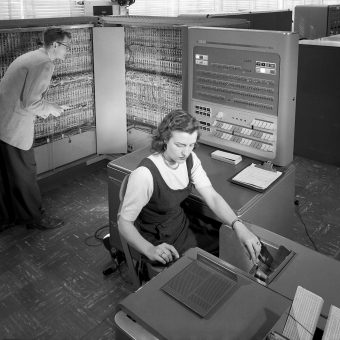 The True Strangeness of the Universe: Errol Morris’ Aborted Film For IBM 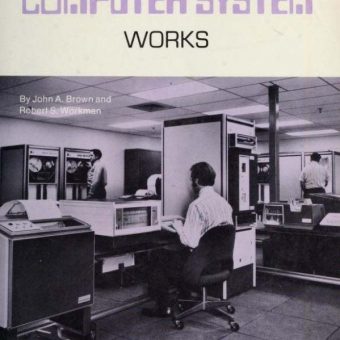 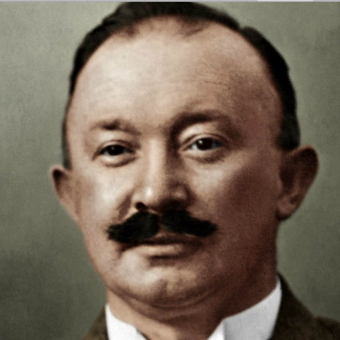 Hugo Boss made uniforms for the SS but American Companies Collaborated with the Nazis Too!