WHAT is the point of the tunnels that lie beneath Liverpool’s Edge Hill area? Do they need one? Is just being there enough?

The Williamson Tunnels “were built and conceived in the early 19th century by eccentric businessman Joseph Williamson, who paid soldiers returning from the Napoleonic war to build them. No records were kept of how far they stretch, nor which direction they go in. After Williamson’s death in 1840, the tunnels fell into disrepair.”

Some say Williamson was preparing for Armageddon. The tunnels would help his chosen parts of humanity endure. 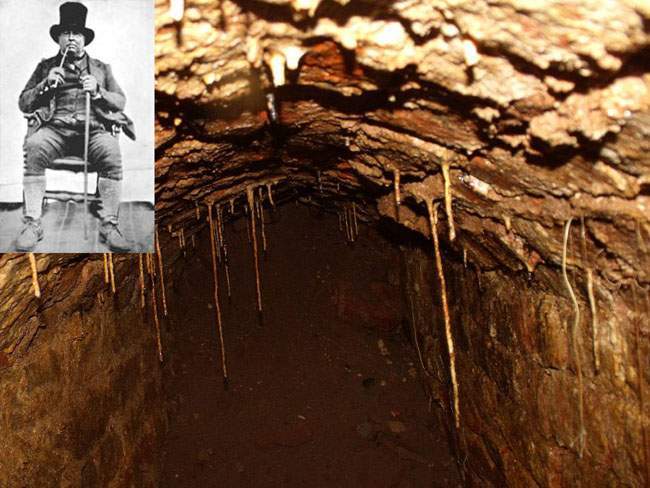 Joseph Williamsonlived 1769-1840 (that’s him in the top hat above). He made his fortune from tobacco. He was known locally as “Mole of Edge Hill” and “King of Edge Hill”. One of his associates was Charles Hand. He wrote about an 1816 visit to the tunnels:

“… we descended with infinite care the stone steps leading into the very bowels of the earth. At the bottom of the first flight, an archway cut out of the moist and musty rock led away to the right, and the next flight branched away on either hand, giving access to low tunnels and more steps down … We groped our way carefully along the accessible ramifications of these crypts to the depth of three storeys below the street level. There are three or more storeys below these – the basement is said to be as deep as the buildings are high ….. We failed to discover a boundary. We were in a nightmare maze of constructed tunnels and caves. Nobody knows their extent… They are grotesque beyond description; words fail to give an adequate idea of their appearance. Dungeons carved out of the solid rock, with no light and no ventilation, the only access being through a heavy wooden door, vaults with a roof of four arches meeting in the centre in a manner that present-day builders would not think of attempting; monstrous wine bins with many stone partitions for enormous quantities of bottles; massive erections of masonry and stone benches – all apparently without the slightest objective or motive.”

You can find out more at the Friends of Williamson Tunnels. 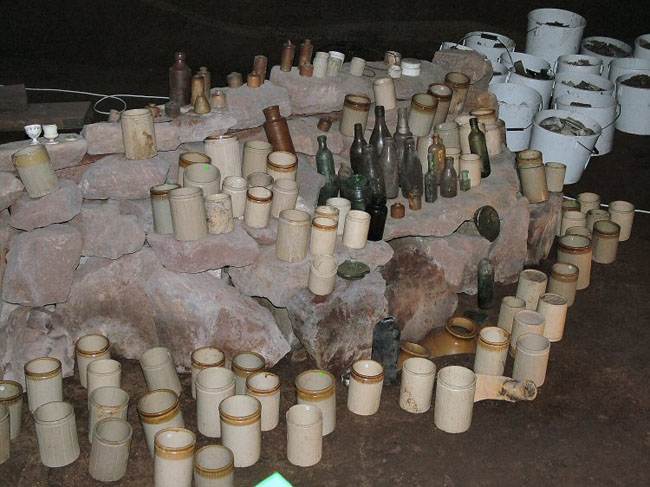