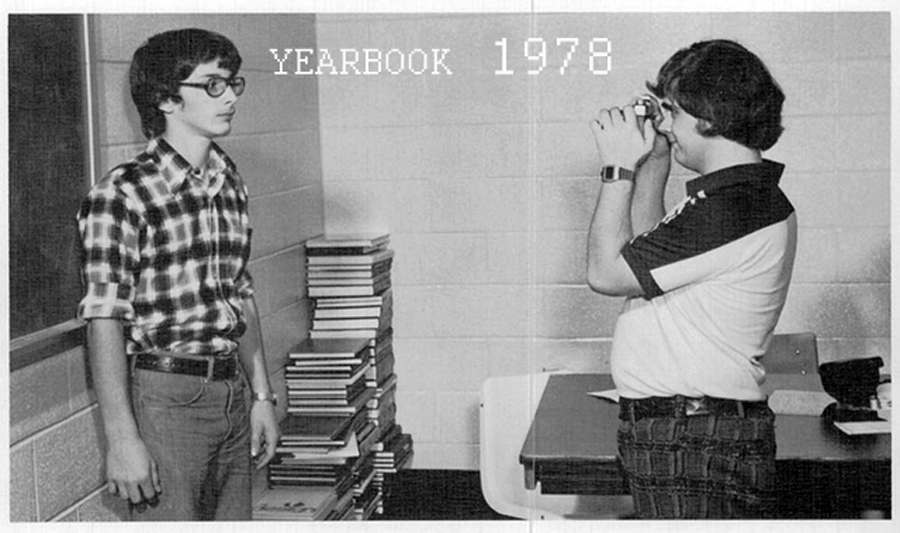 For Seventies nostalgia it doesn’t get much better than old yearbooks. It’s a front row seat to what teen life was really like back in the day. I dig the “student life” section as well as the parades of popularity (i.e. Most Handsome, Biggest Flirt, etc.). Best of all is when the seniors are allowed to write a brief message by their portraits. That’s when things get really interesting…. 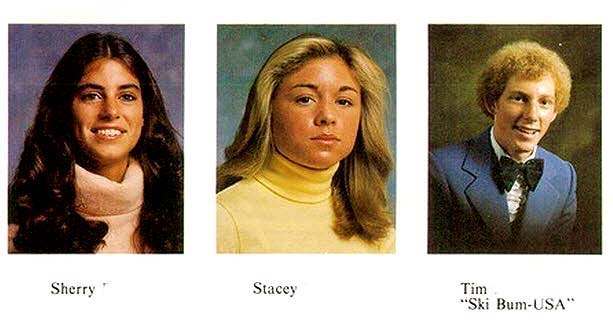 Note that I’ve erased the last name of each student… but their fantastic messages to posterity remain firmly intact.  Be prepared for some very profound words from the past, such as…. 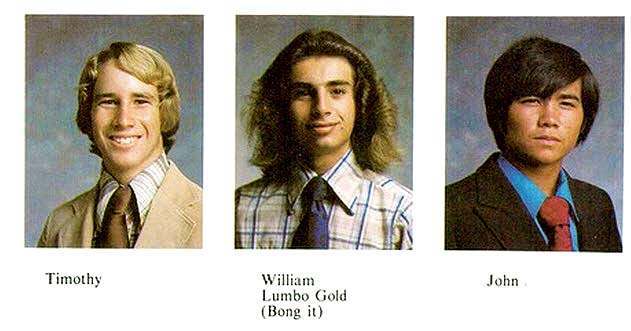 “Bong it” – really? I know they were a lot more open to this kind of thing back in the day, but this is wonderfully lax, even for the Seventies. My high-school had a smoking area for chrissakes. But even accounting for the epidemic tolerance of the day, I still have to believe this little gem slipped under the faculty radar.

Most of you are probably familiar with Acapulco Gold, a fairly well known strain of marijuana. Lumbo Gold, William’s favorite variety of weed, is actually Columbian (“Lumbo” is short for “Columbian”). 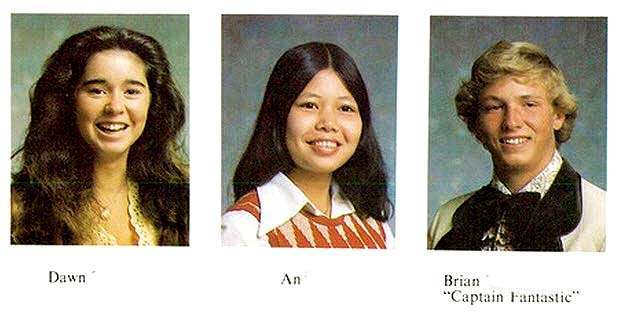 Kind of pretentious to proclaim yourself “Captain Fantastic” in the school yearbook, wouldn’t you say? With the Elton John connotation, I can’t see this being considered especially cool among his classmates.

Of course, the Captain Fantastic pinball machine was fairly popular back in the day. Perhaps, he was the local pinball hero. In which case he is forgiven. [Note: I am not even entertaining the thought that he’s getting the name from the British TV Series “Do Not Adjust Your Set” from which the name originally was created.] 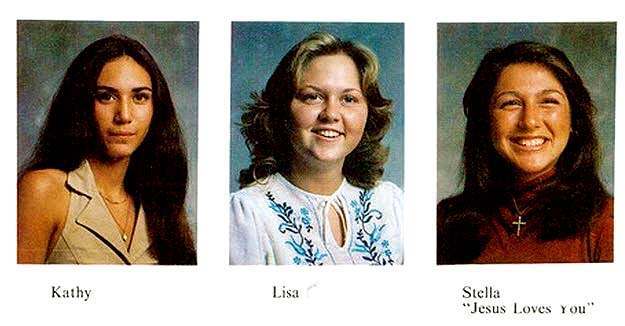 I have a feeling that Kathy and Stella were not best friends. Just a hunch. 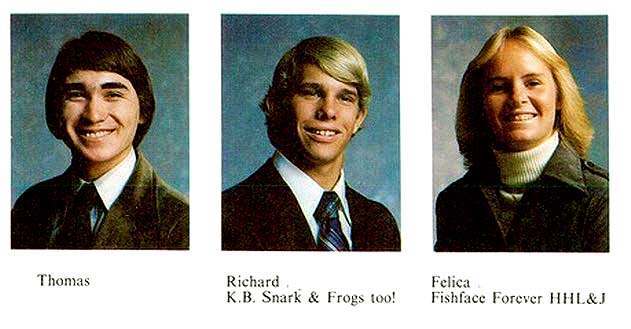 Boy, these sure are cryptic. The Snark is from a Lewis Carroll poem; but I can’t imagine what ol’ Richard means by the reference.

“Just the place for a Snark!” the Bellman cried,
As he landed his crew with care;
Supporting each man on the top of the tide
By a finger entwined in his hair.” 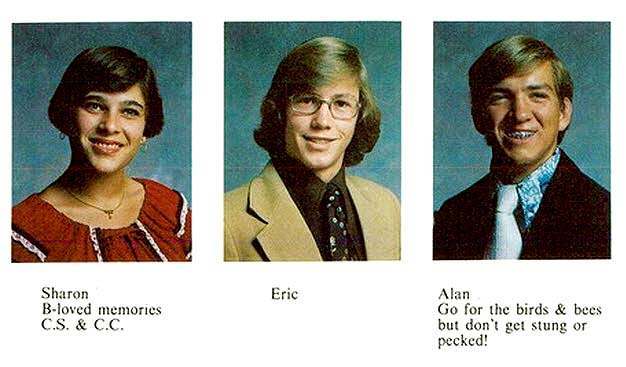 “Go for the birds & bees” – An expression of “sexual intercourse” obviously, and I guess by “stung” he could mean something along the lines of “dumped” or “screwed over”; while “pecked” may mean something like “henpecked”. Or he could be making a play on words with “pecker”.

Let’s face it, Alan is an enigma. 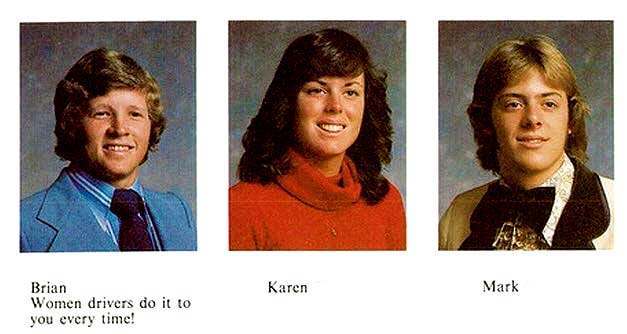 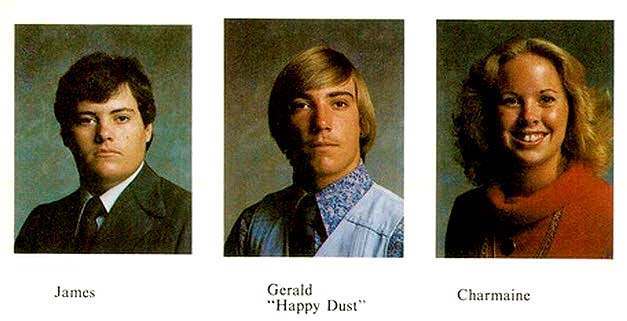 I had to read Gerald’s quote twice to make sure I wasn’t seeing things. “Happy Dust” is cocaine. There’s no other alternative meaning. Gerald may as well have written: “I sell coke.” 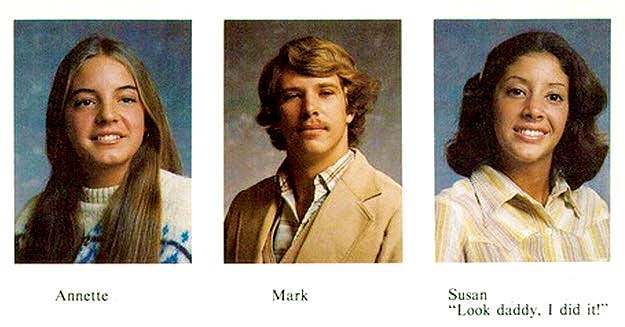 Daddy: “I’m proud of you, Susan. That being said, Gerald the coke dealer also did it. And so did William who smoked Lumbo Gold every day. Sooooo….. I’m just sayin’ don’t pat yourself on the back too much. Ya dig?” 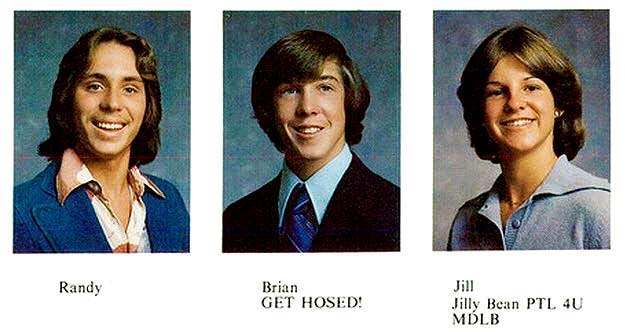 Okay, Brian is recommending that we all get shitfaced. Real classy. But at least I understand what he’s saying. Jill’s message, on the other hand, is a question mark. Her high school DaVinci Code may one day be cracked by some amateur code breaker; but until then, we are left scratching our heads. 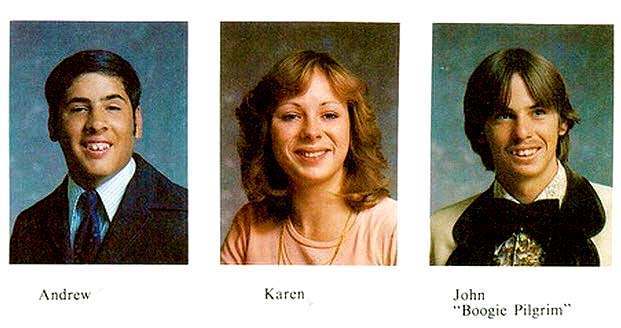 It’s your senior yearbook, and you have one message to pass on to perpetuity…. and you choose “Boogie Pilgrim”.  Only in the 70s. 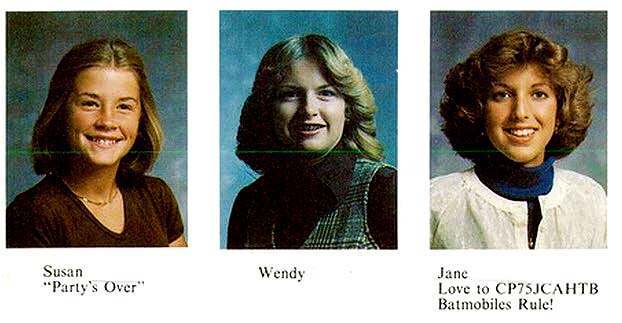 I can’t translate Jane’s encrypted message, but usually when people say “I love to {censored}” they mean sex of some variety.  But what variety is it? Perhaps the reference to Batmobiles is a clue.  There’s the Dirty Sanchez, the Rusty Trombone, the Cincinatti Bowtie… and The Batmobile? 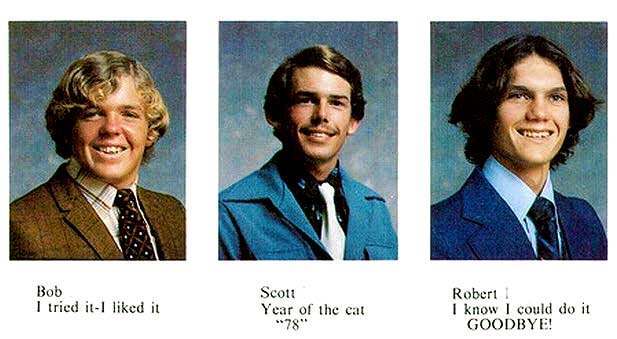 What did Bob try and like? I’m going to assume he means – the Batmobile?

And good ol’ Robert. He “know” he could do it! It’s amazing that he met the English credit requirement for graduation. 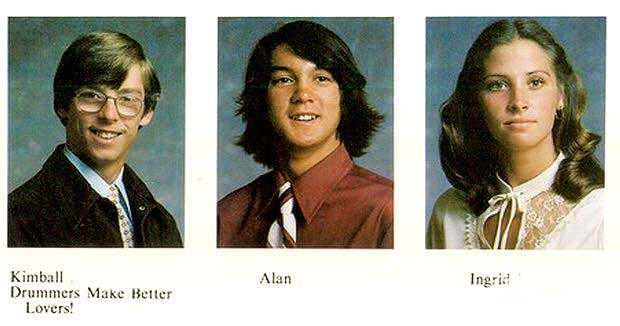 Kimball can proclaim his sexual prowess all he likes, but, in the end, Ingrid, the hot foreign exchange student, will rock Alan’s world while Kimball is left holding his drum stick. 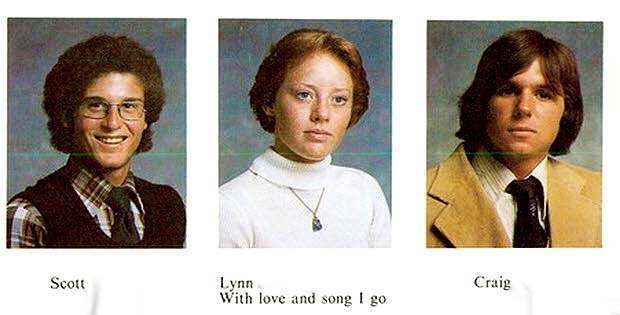 Wow. Lynn’s is the only deep and reflective quote in this entire bunch. I’m betting she’s the Molly Ringwald of this high school. Scott may be the Anthony Michael Hall…. and Craig the Emilio Estevez? 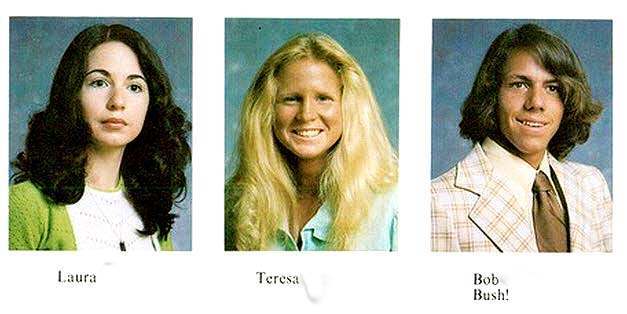