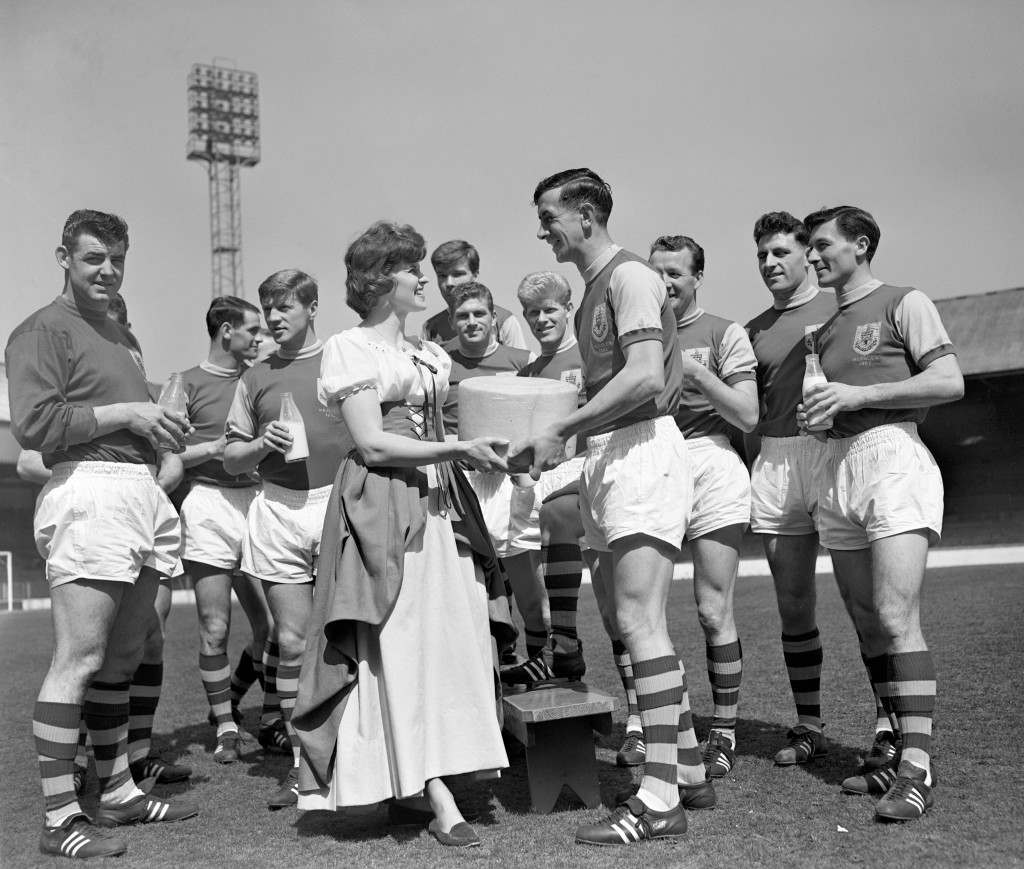 The Cheese Maiden was selected by the English Country Cheese Council, part of the National Milk Publicity Council, established in 1923. The body aimed to promote the consumption of milk, real dairy cream and English cheese.

Having presented the huge cheese, Maiden Roberts ensured the players were seen eating the thing. 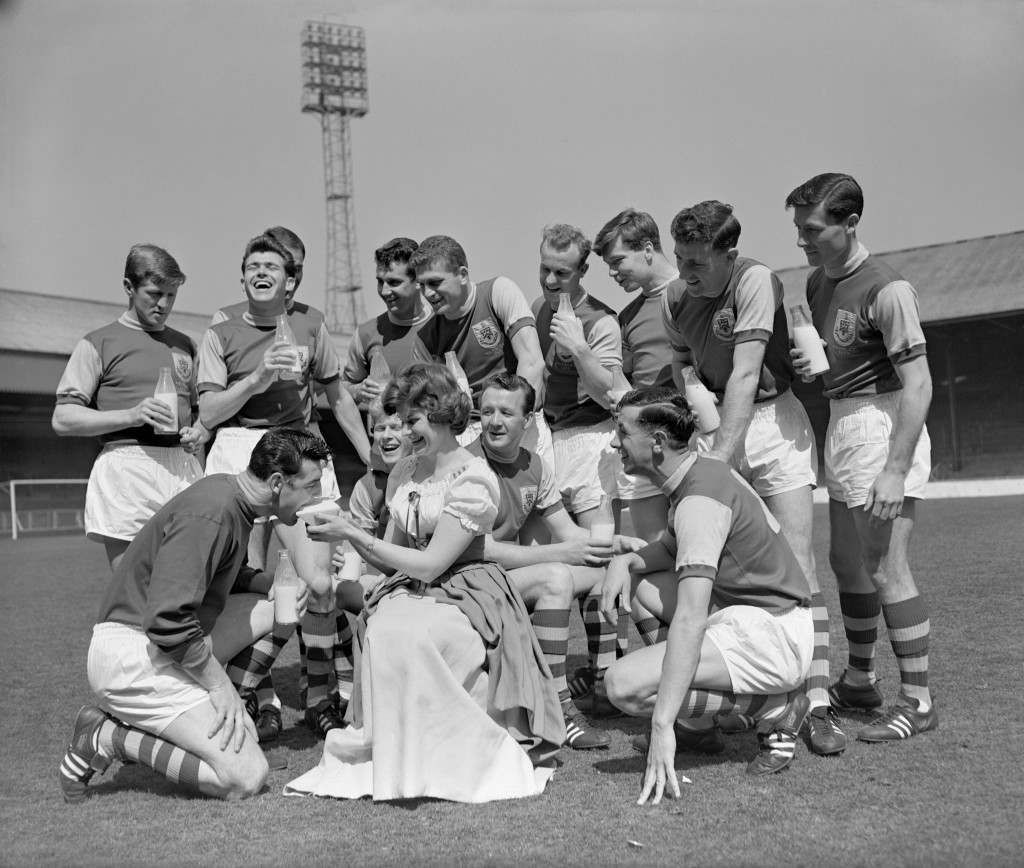 Adam Blacklaw, the Burnley goalkeeper, sampling a piece of cheese held by Pat Roberts, the “English Cheese Maiden”, who presented the team with a 40lb Lancashire cheese.
Ref #: PA.8519796 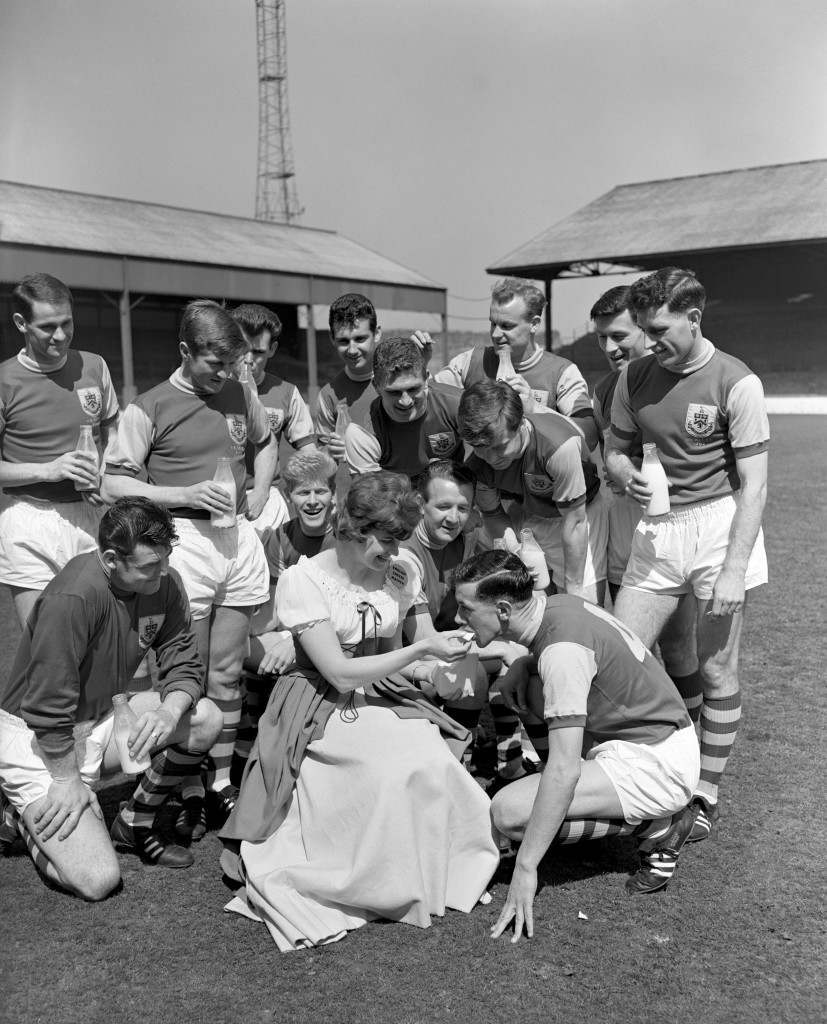 Jimmy Adamson, the Burnley captain, watched by his team mates, samples a piece of Lancashire cheese offered by English Cheese maiden Pat Roberts who presented the team with a 40lb cheese.
Ref #: PA.12030529

Is it all a bit weird? Certainly.

But, then, the Cheese Maiden has a history of luring men with her tempting cheese. 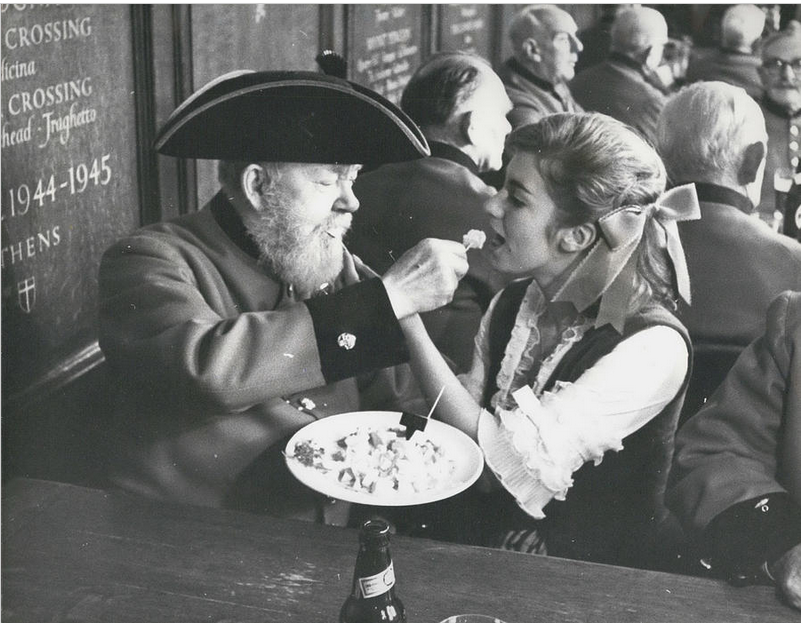 The Chelsea Pensioner and the Cheese Maiden

And here’s Benny Hill ofering the Daiury Queen’s his “cream” as The English Cheese Maiden looks on. 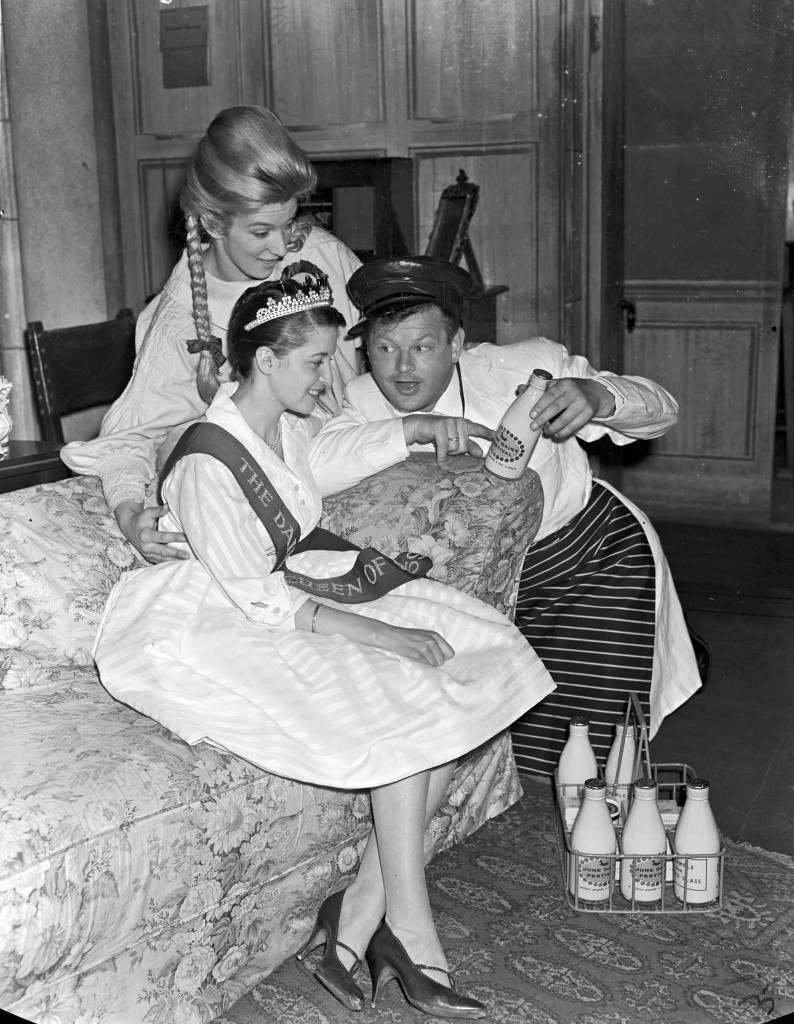 Majorie Watson, The Dairy Queen of 1959, of Goole, Yorkshire, is offered milk and cream by ‘milkman’ Benny Hill, during a press party to unveil the plans for Britain’s June Dairy Festival at the Ambassadors Theatre, London. Seated behind her is The English Cheese Maiden, 20 year old Marylyn Hardy of Leeds.
Ref #: PA.8519703
Date: 18/05/1960